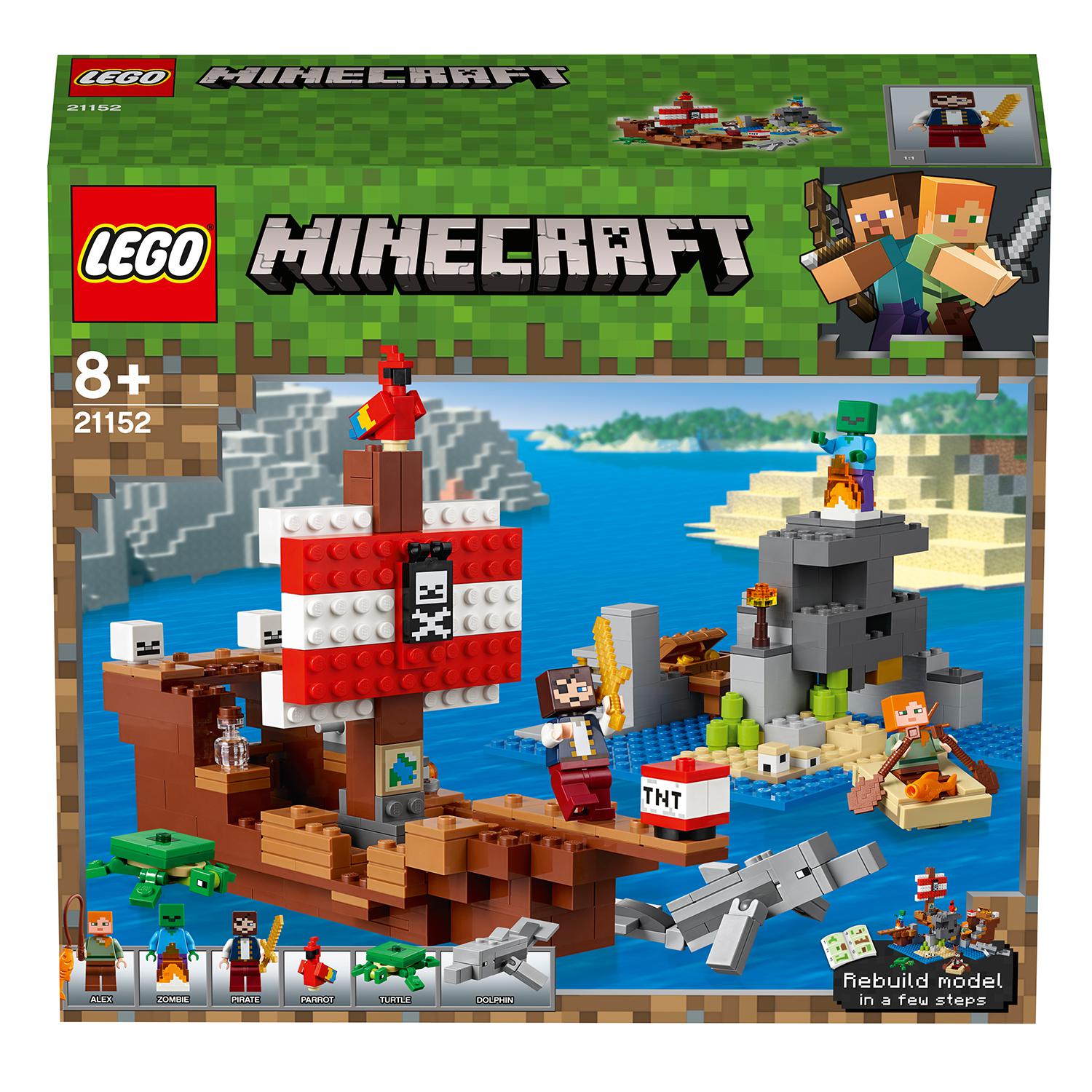 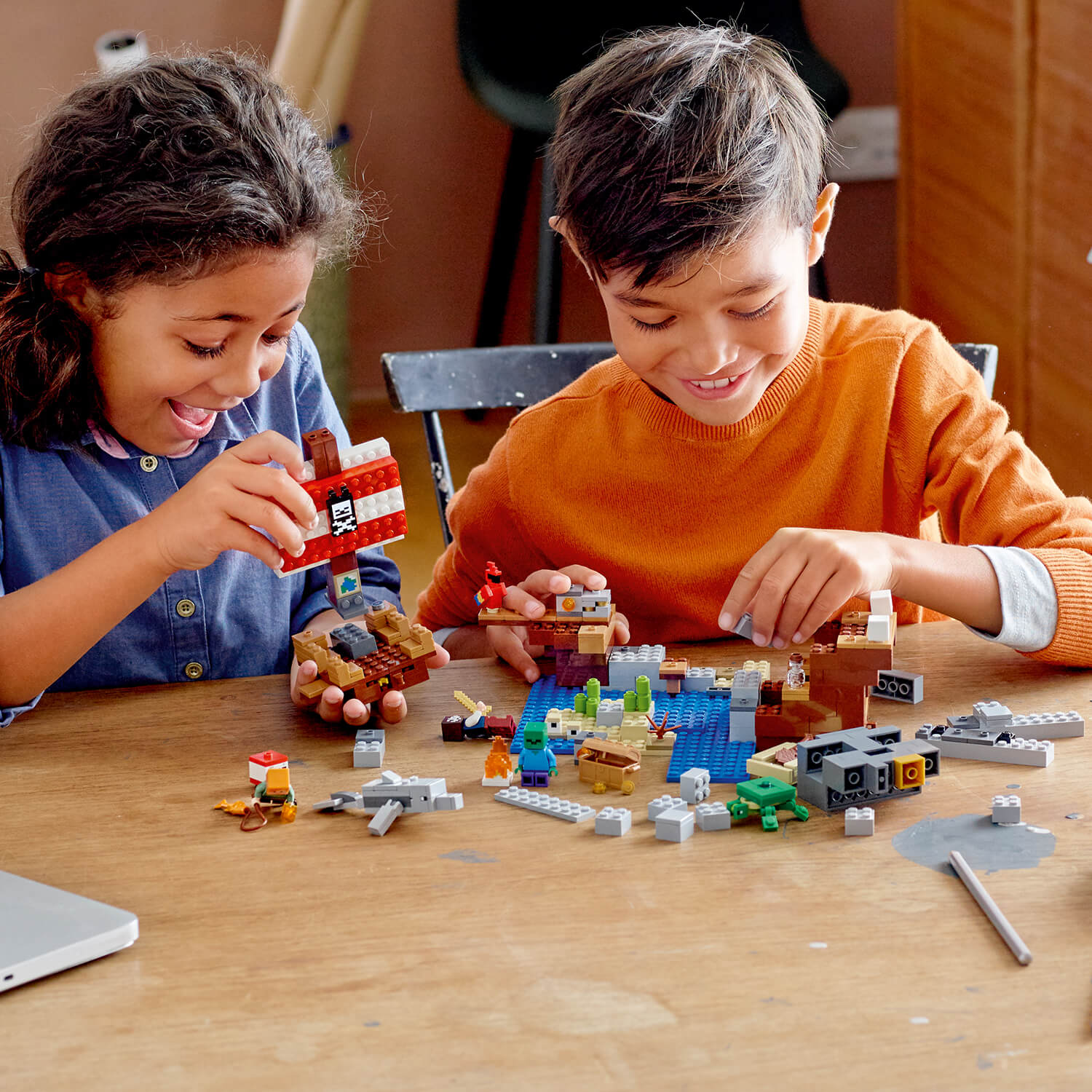 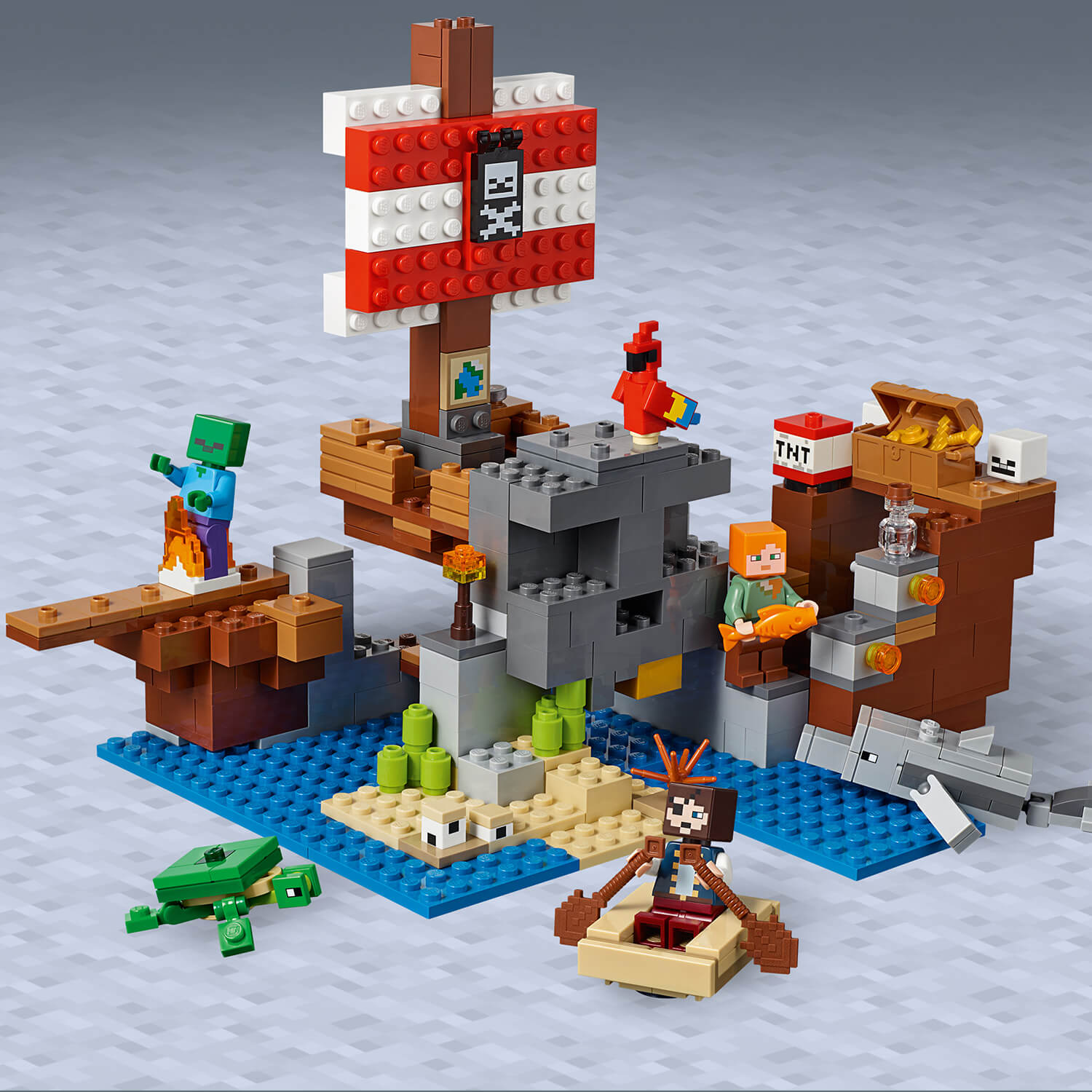 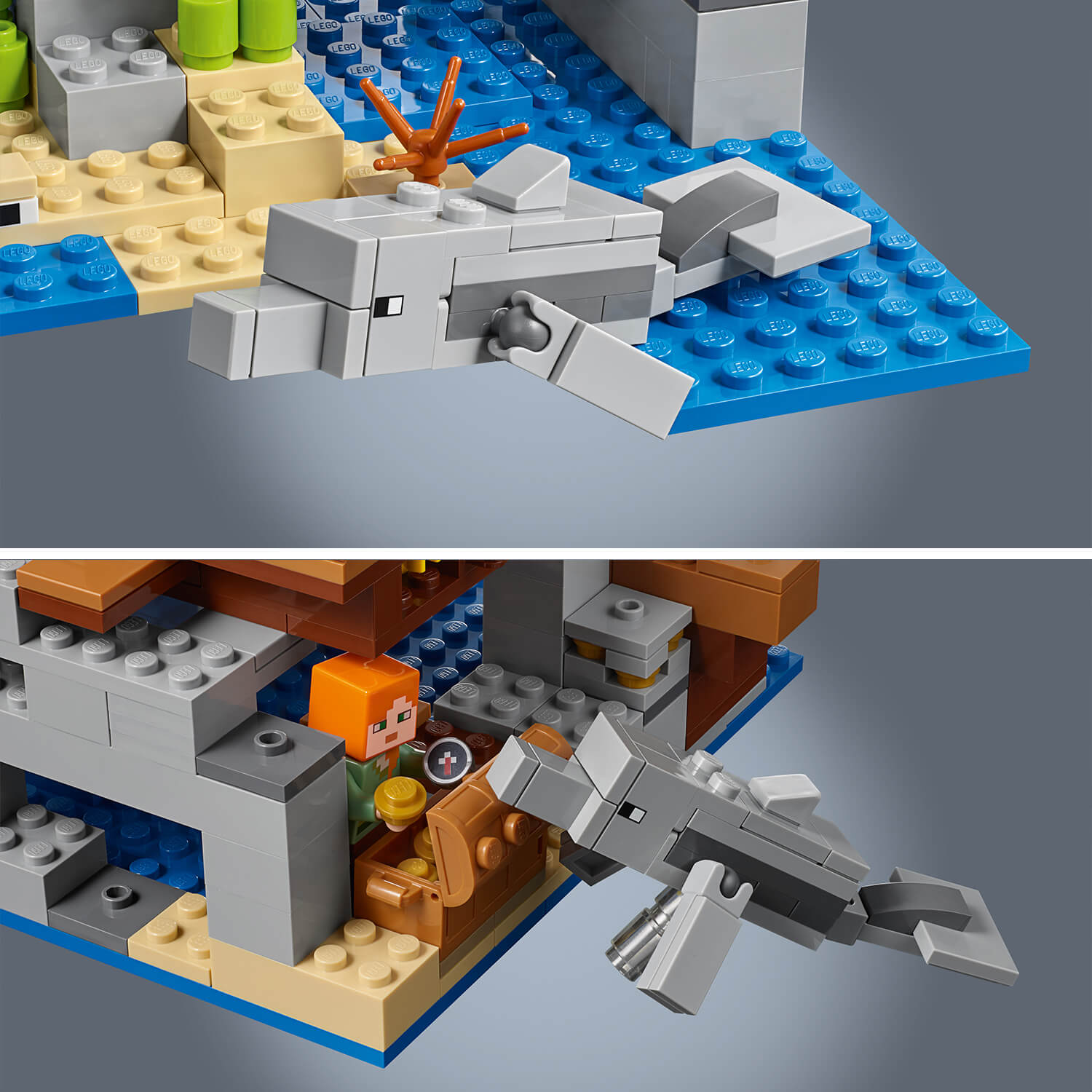 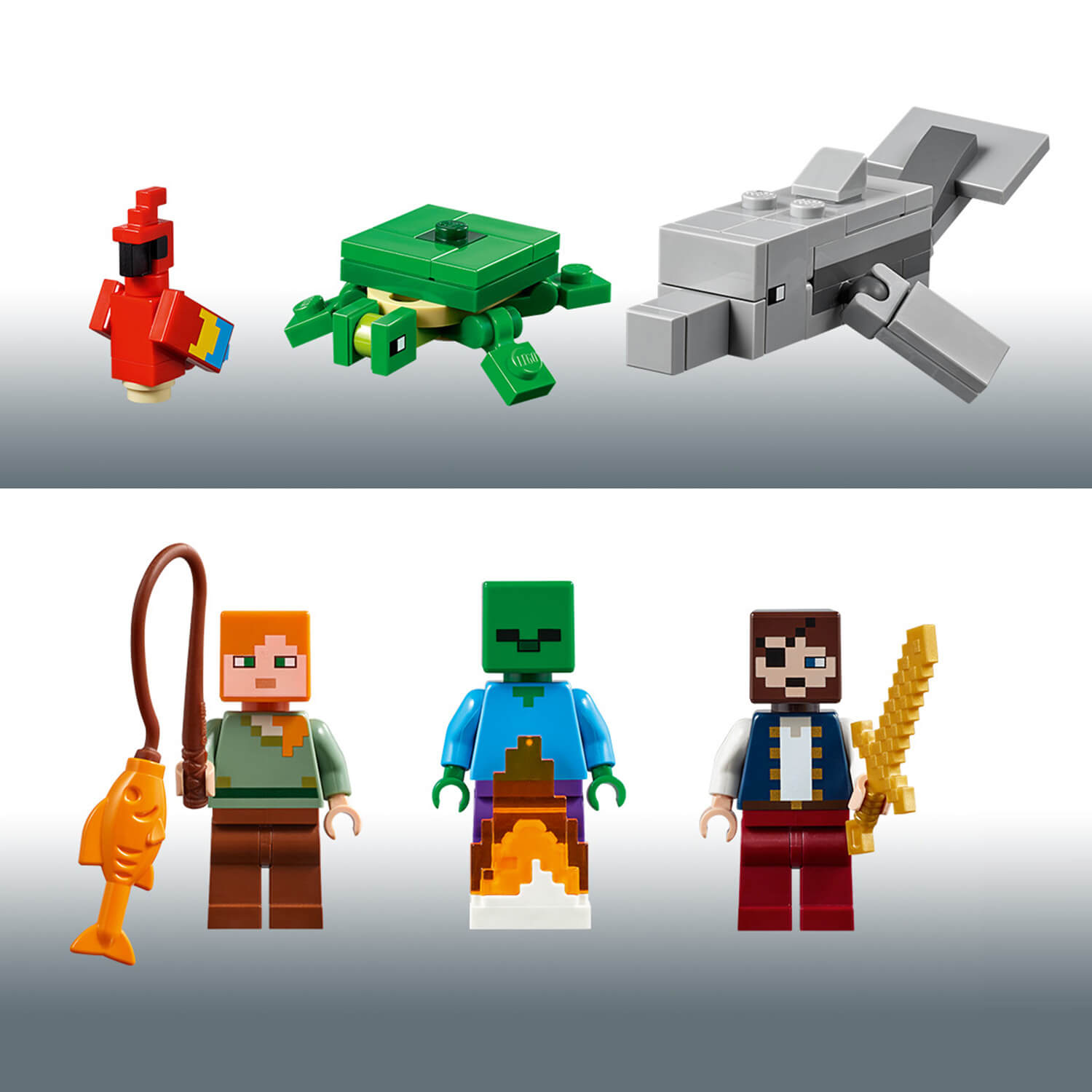 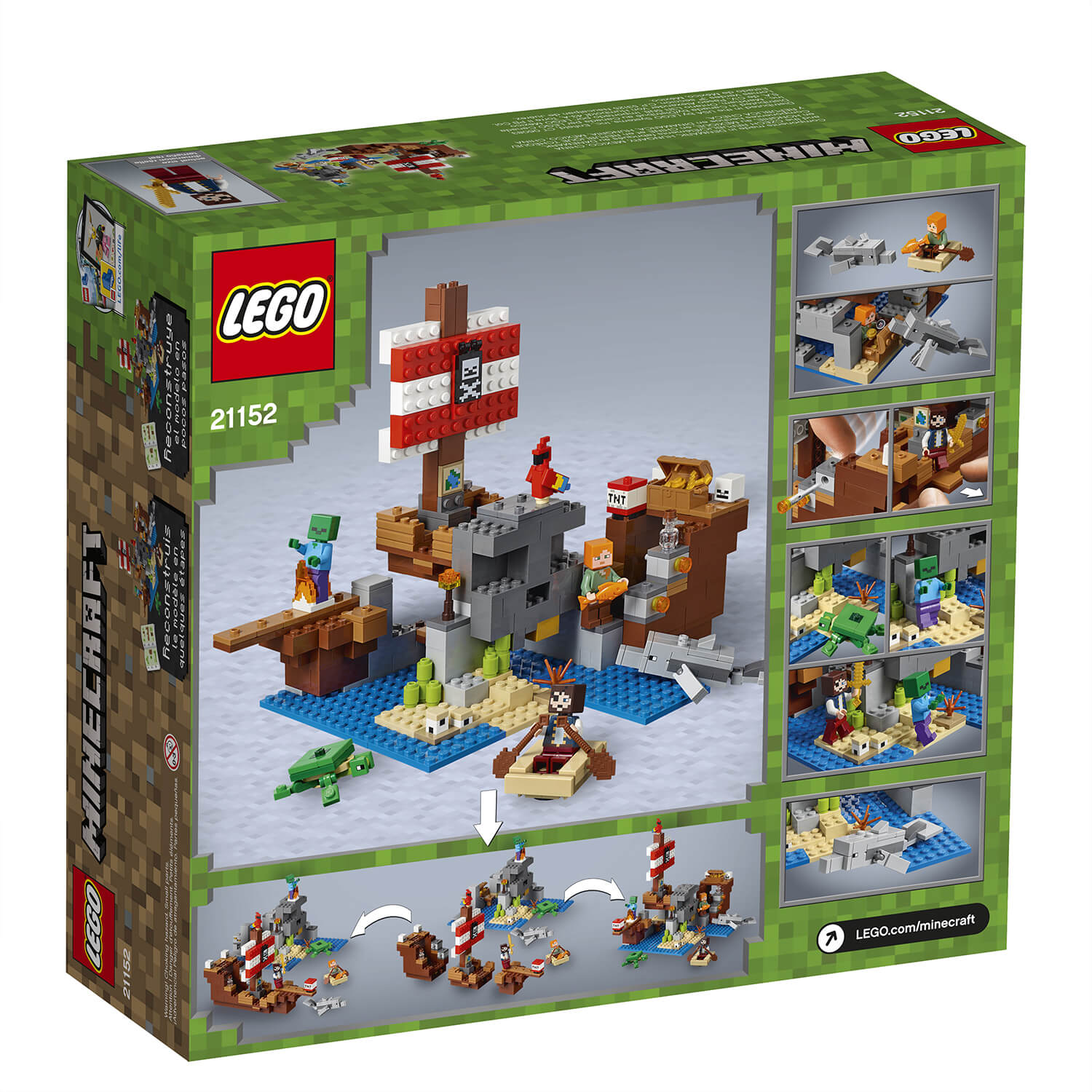 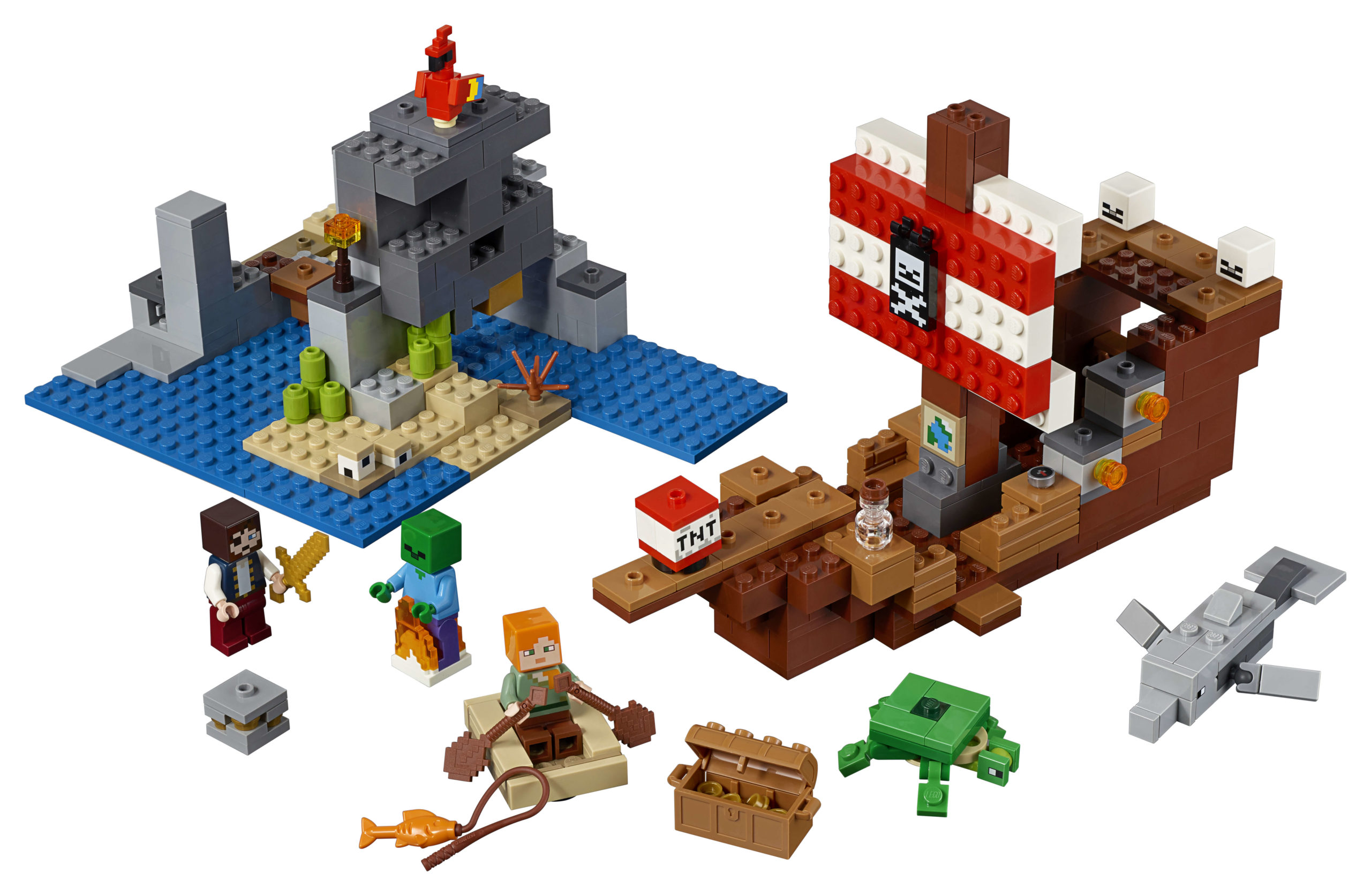 Craft a pirate ship with gold detailing, pirate banner, gangplank, cannons and a cute resident parrot. This LEGO® Minecraft™ Pirate Ship Adventure set comes with a host of new-for-January-2019 features and characters, including a minifigure with pirate skin, a dolphin and a turtle with 2 eggs. Place the zombie in the special base for a Minecraft™ zombie-fire effect and ward off hostile mobs with the ship’s flick-missile cannons. Enjoy hands-on Minecraft™ pirate adventures with this LEGO® Minecraft™ set. Easily swap the ship’s modular building sections to create a tropical pirate base and combine it with other sets to create your own unique LEGO® Minecraft™ universe! Also includes an Alex minifigure. Weapons include a sword and accessory elements include a map, TNT, fire element base, 2 shovels, chest, treasure, pirate banner, water bottle, torch and a compass.