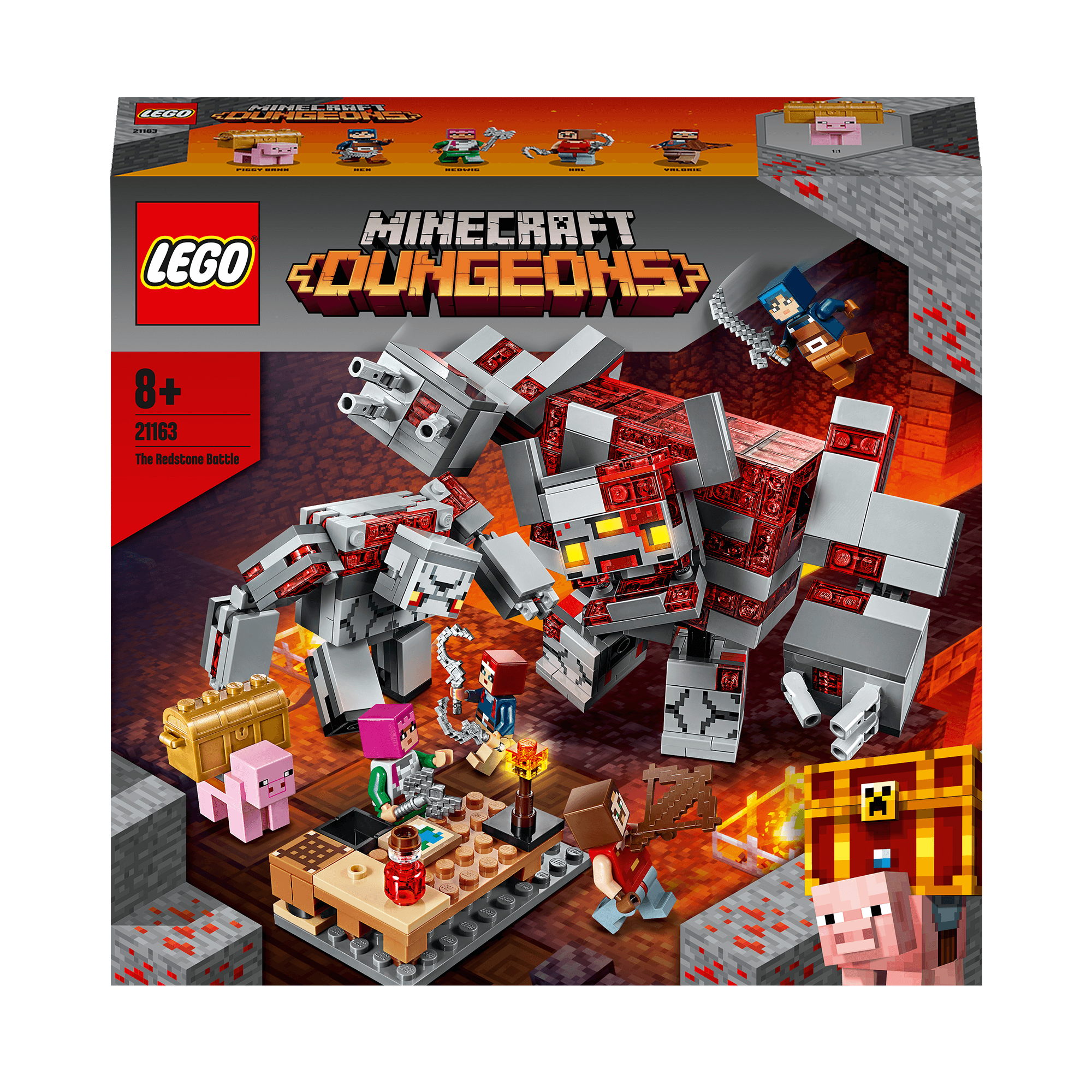 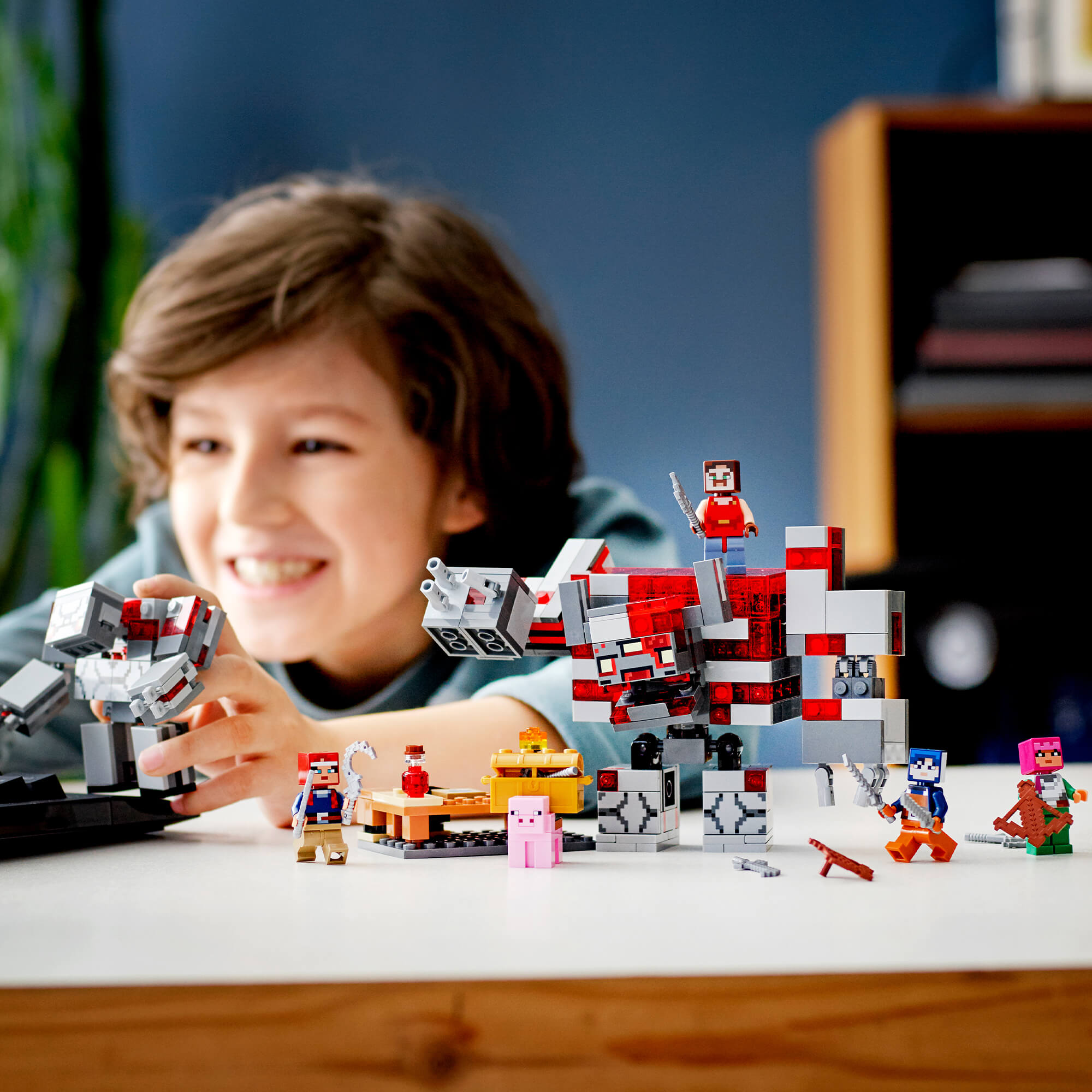 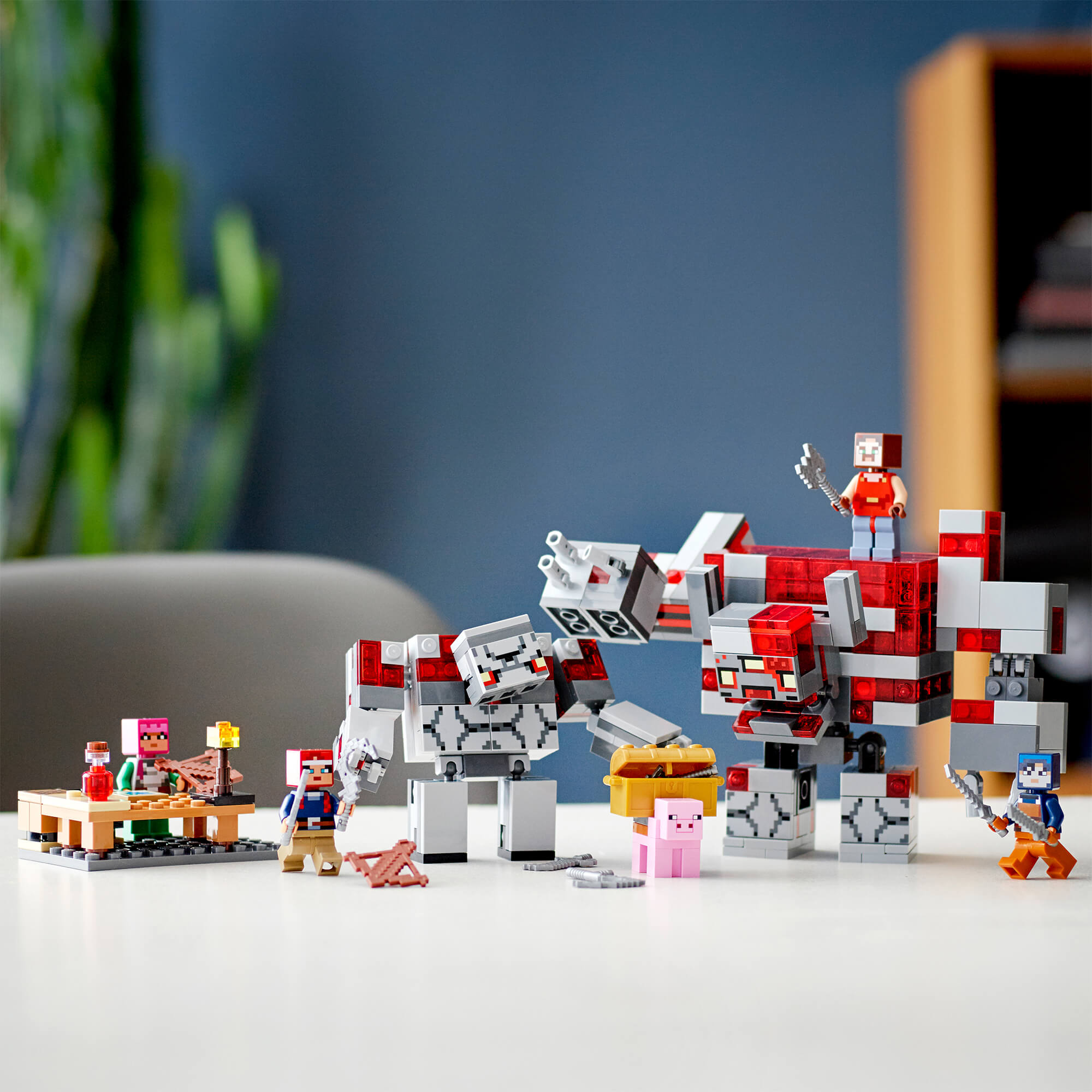 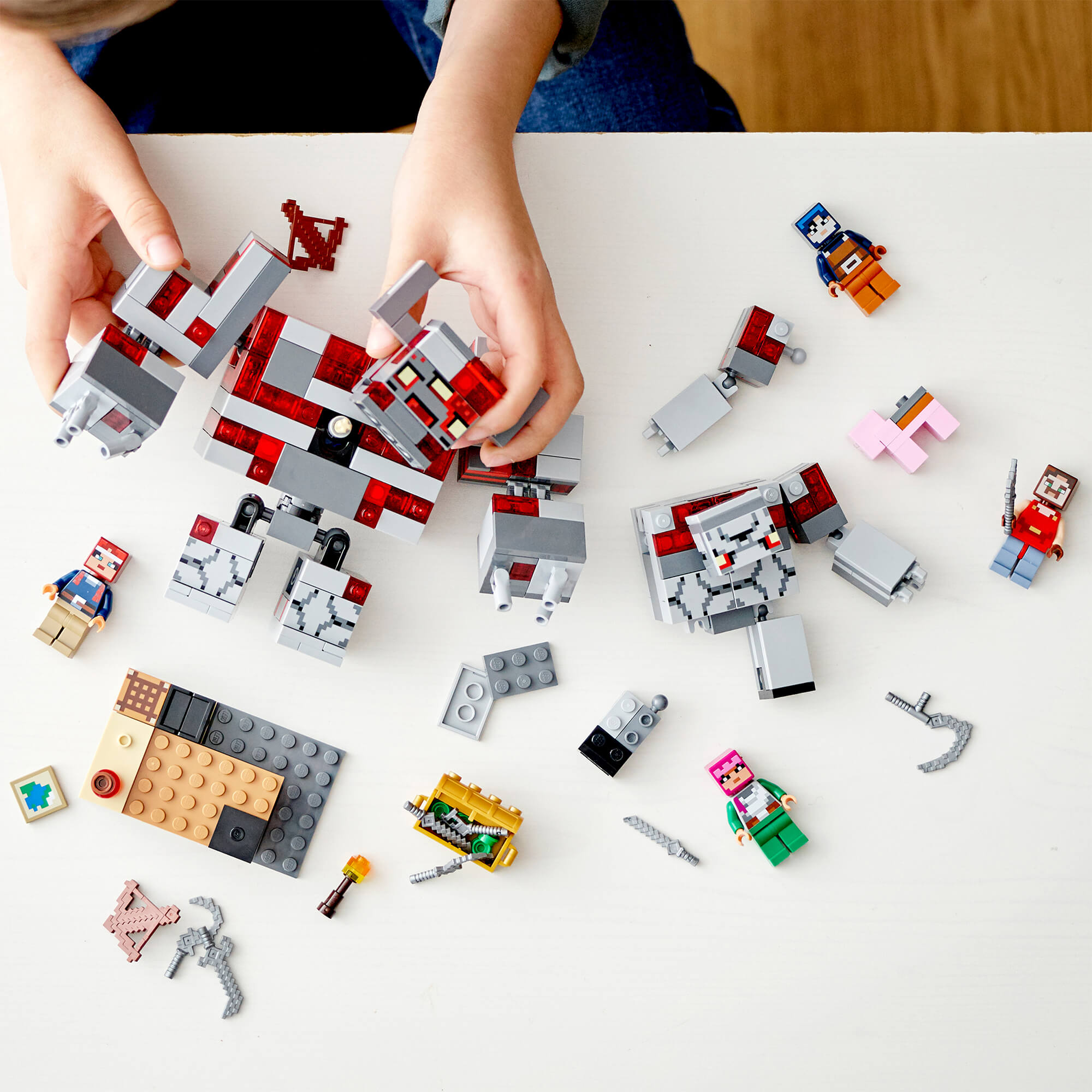 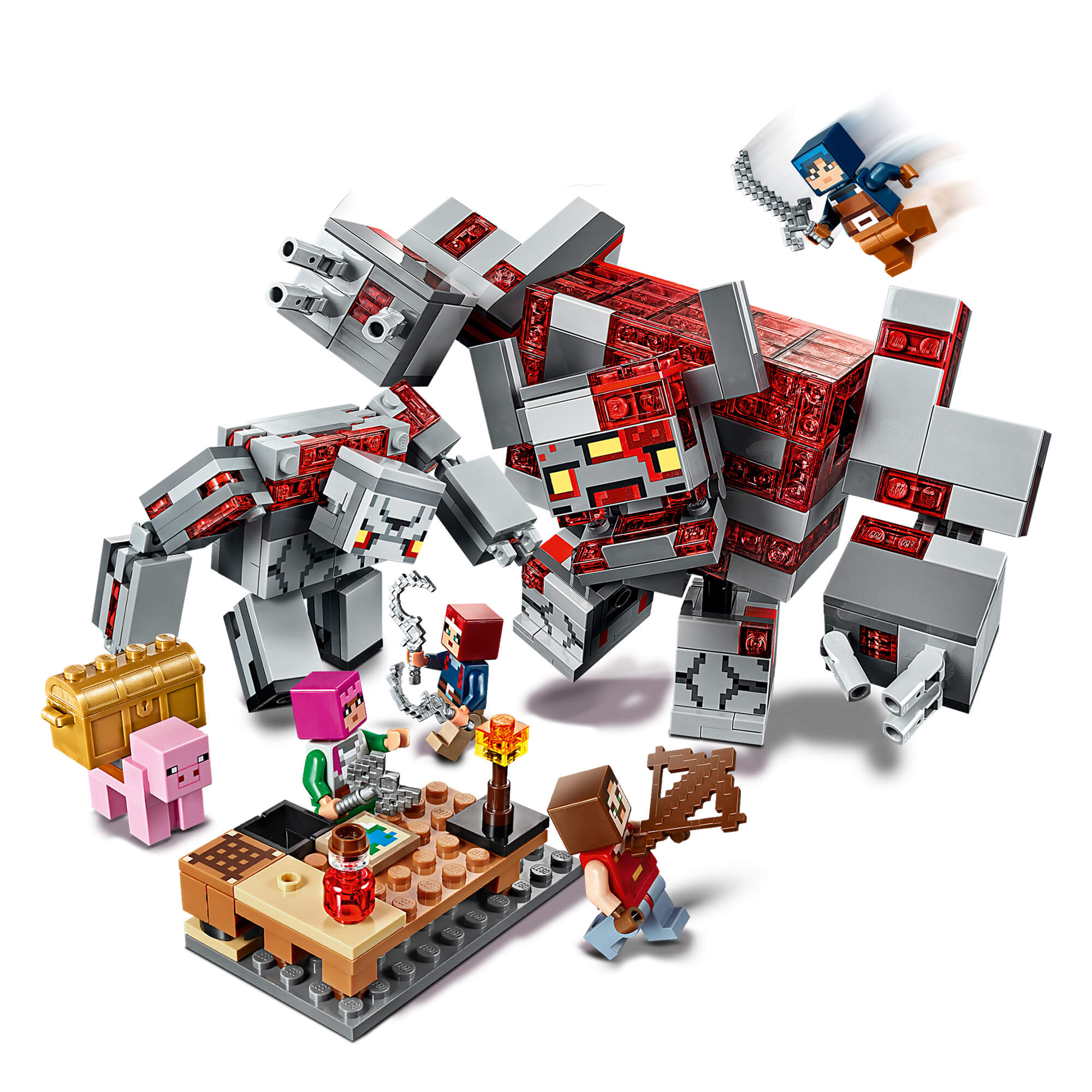 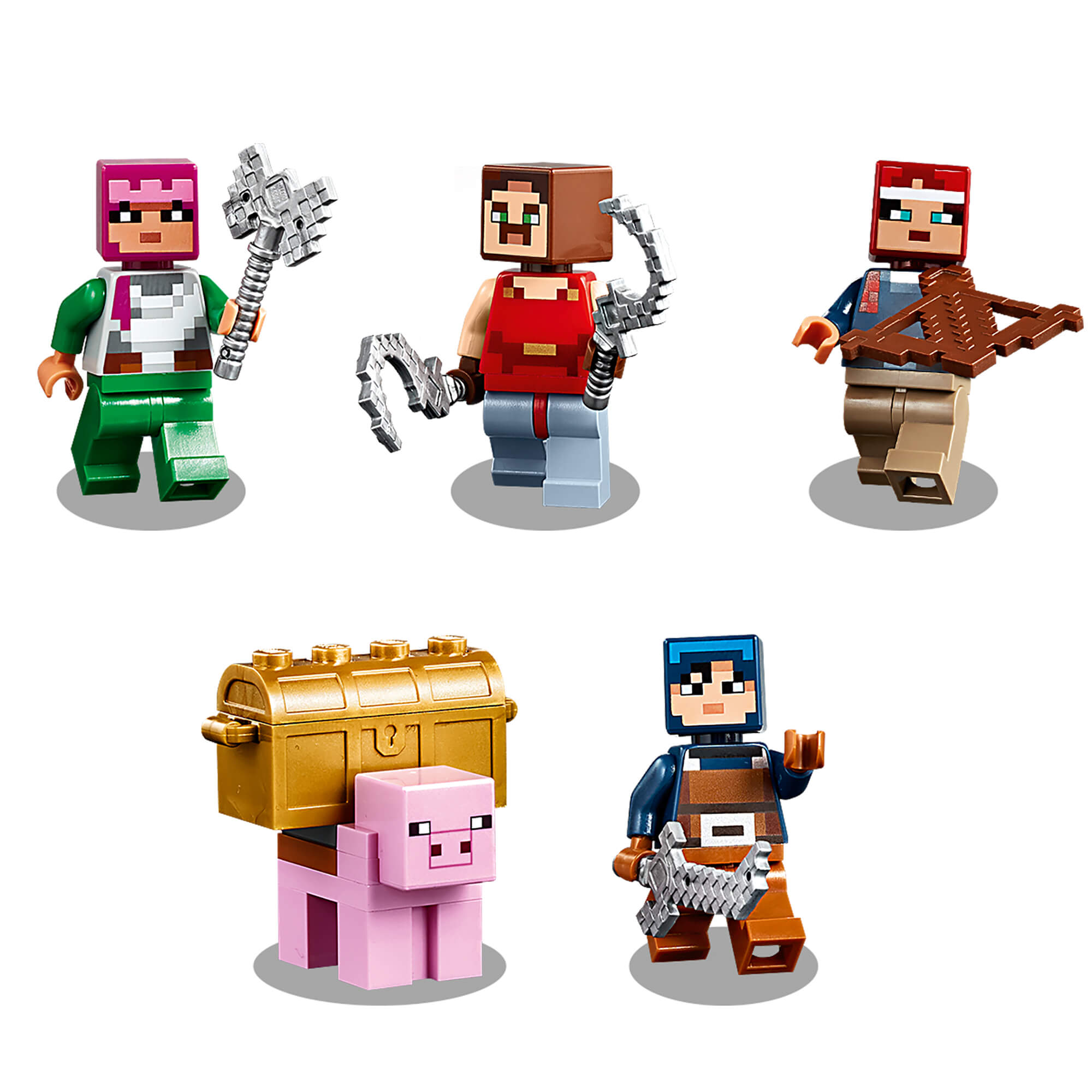 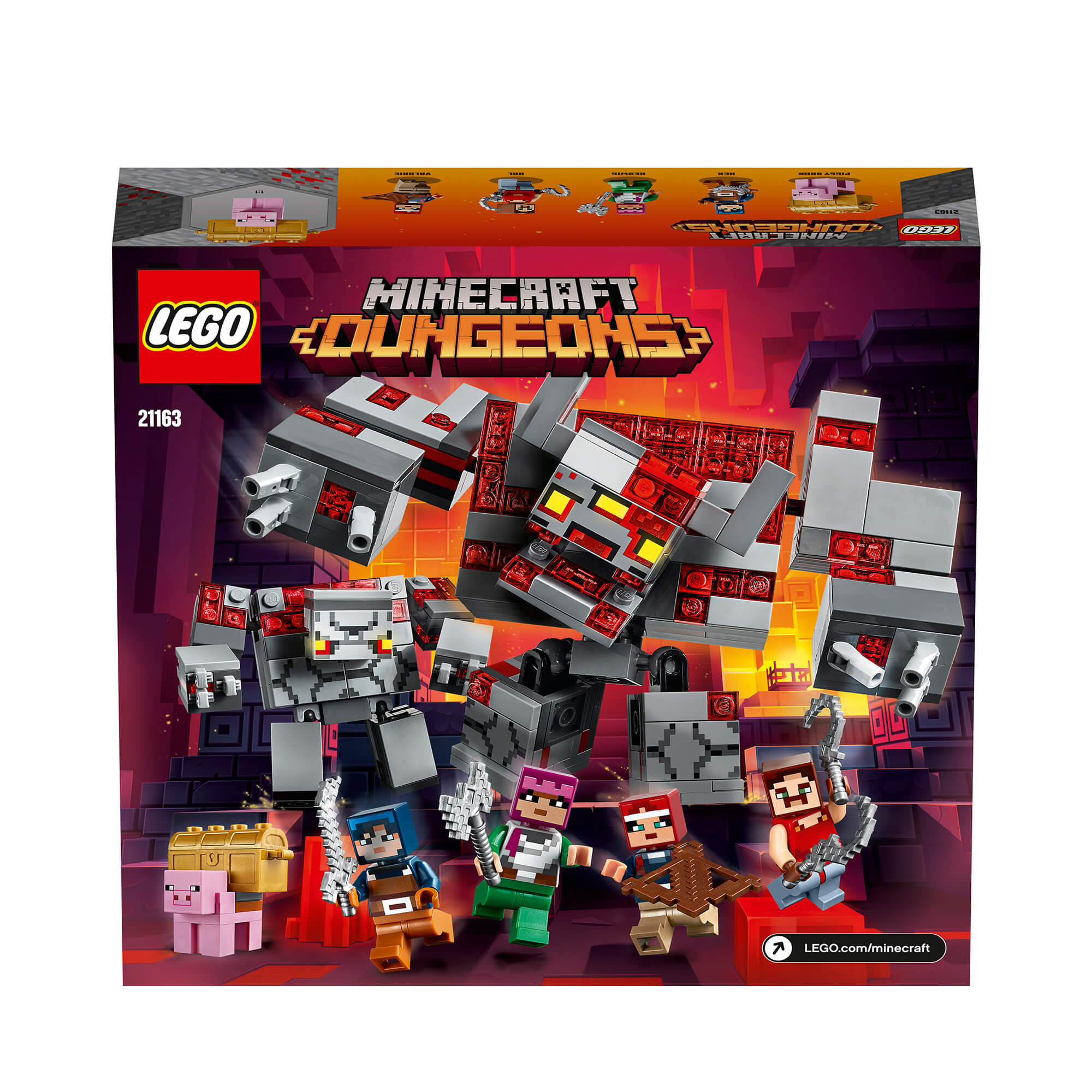 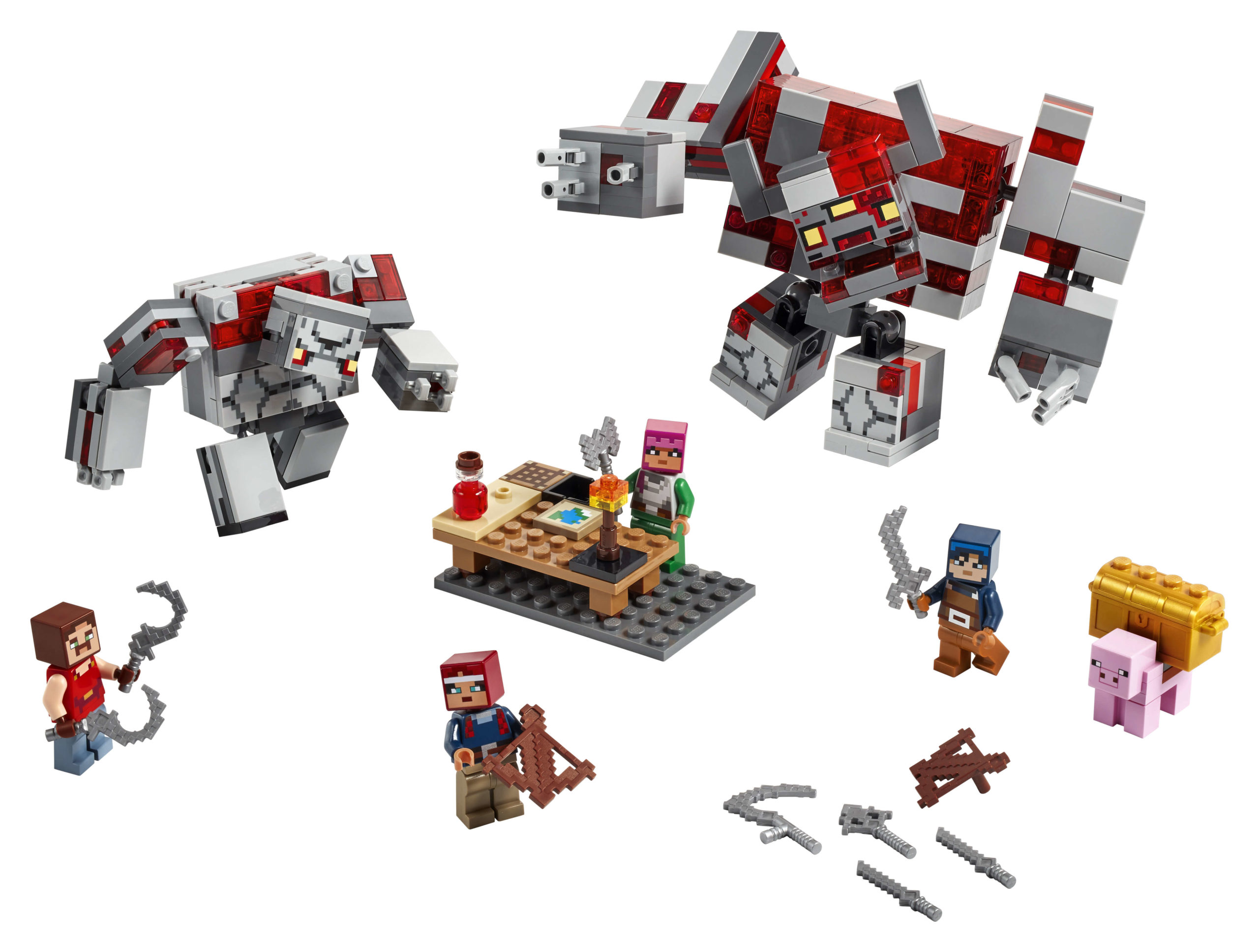 Bring all the fun of the online Minecraft Dungeons game into the real world with LEGO Minecraft The Redstone Battle (21163). With posable giants, favourite characters and fun battles, this buildable toy for kids 8+ years old gives Minecraft players an action-packed setting for endless hands-on adventures.

Kids create Minecraft action of their own as they take on the giant redstone monstrosity and the redstone golem. They can use cool weapons to role-play battles and adjust the posable redstone monsters to create ever-changing scenes. There are also lots of fun accessories, such as the loot contained inside the Minecraft piggy bank.

Looking for the best birthday gift or merchandise toy for a Minecraft fan? LEGO Minecraft playsets put the characters, the construction, the mini toys and the battle action from the online game right into kids’ hands.
Bring Minecraft action to life with LEGO brick building toys!