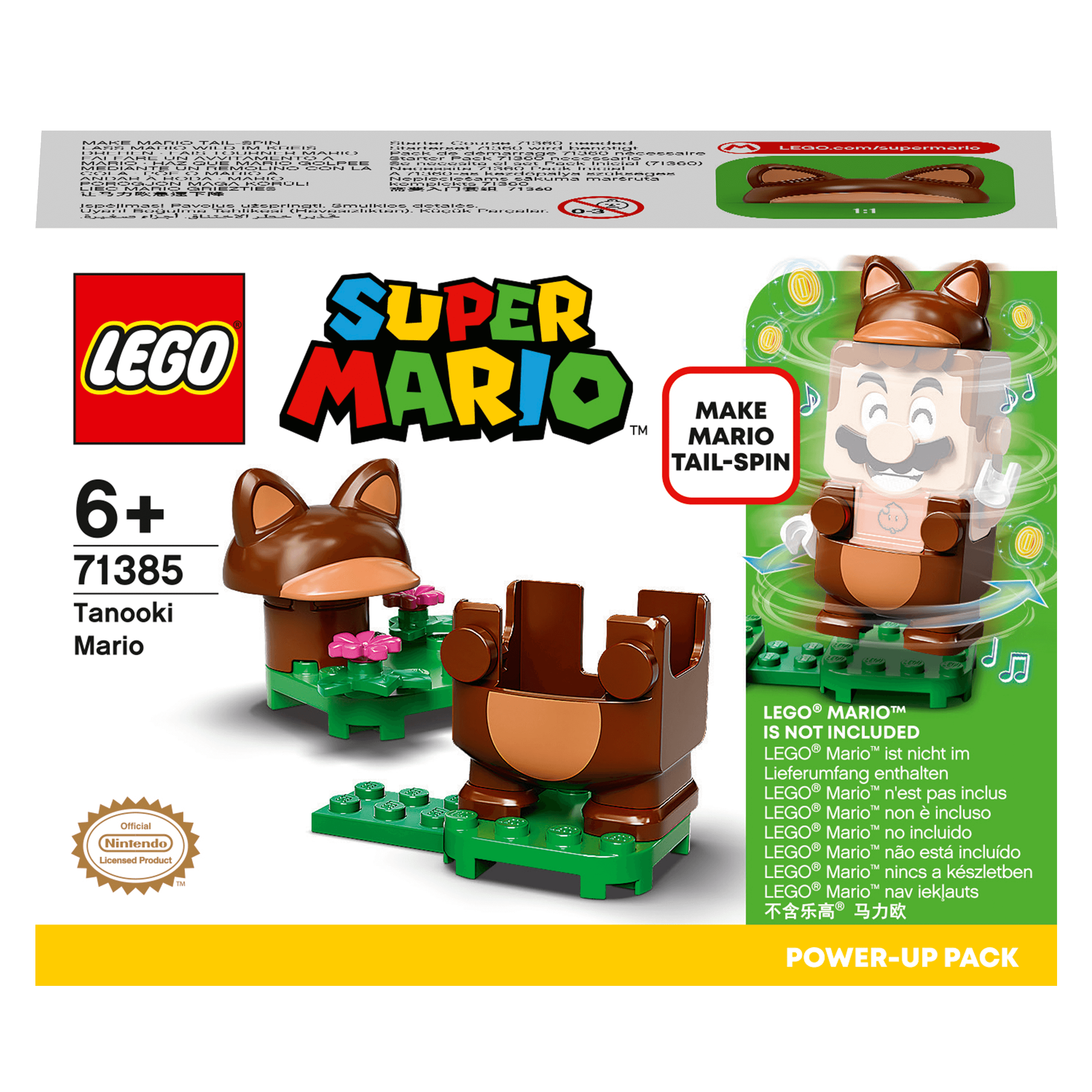 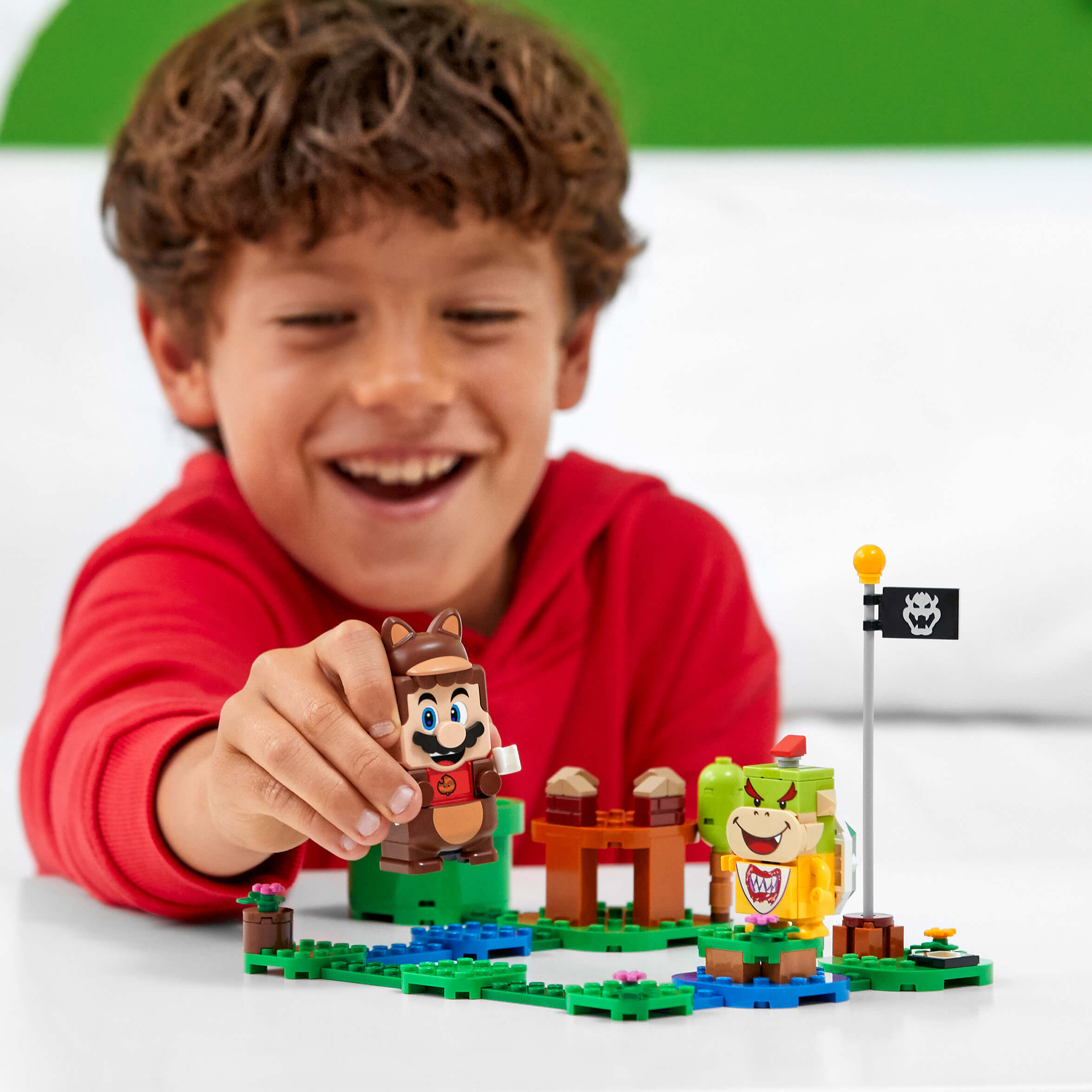 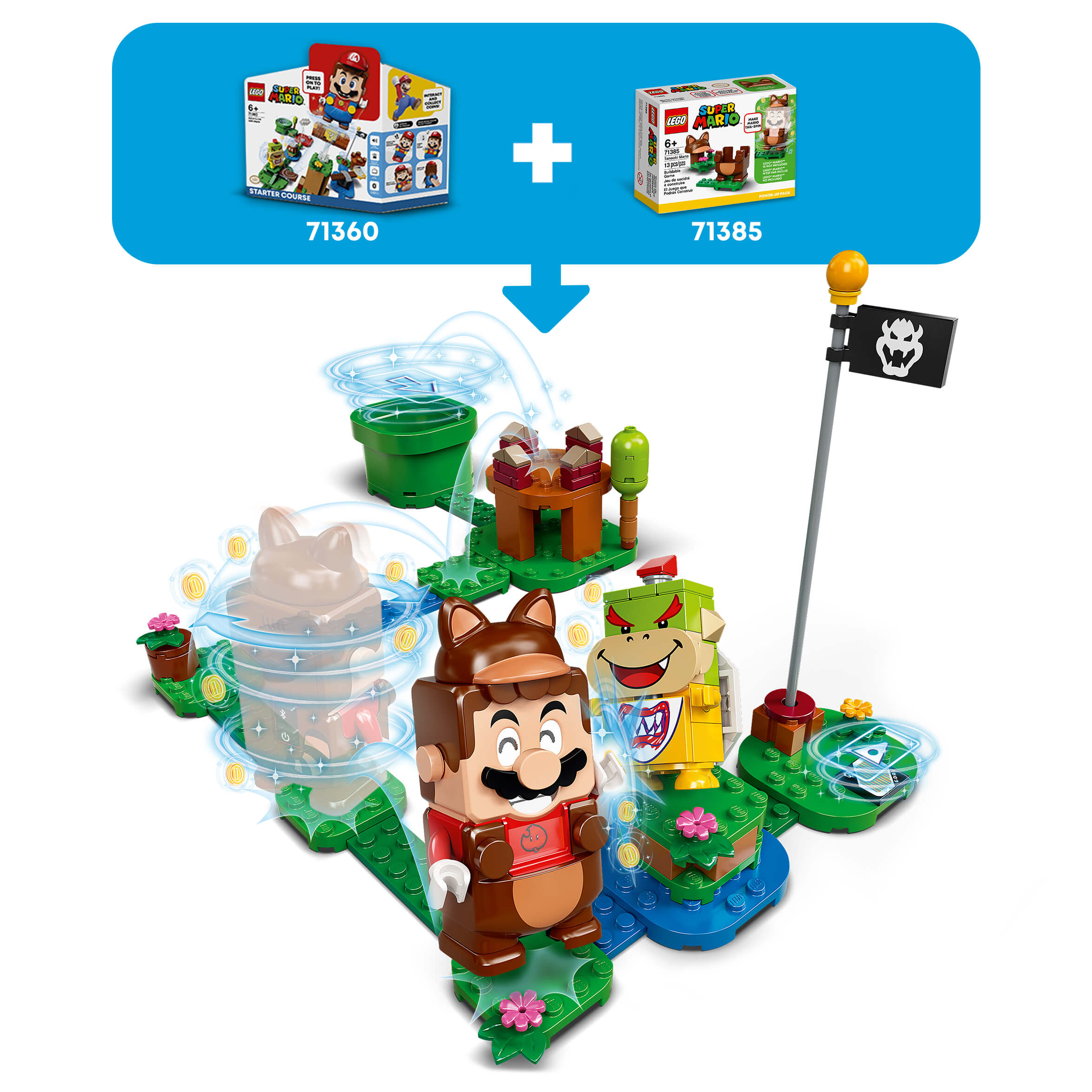 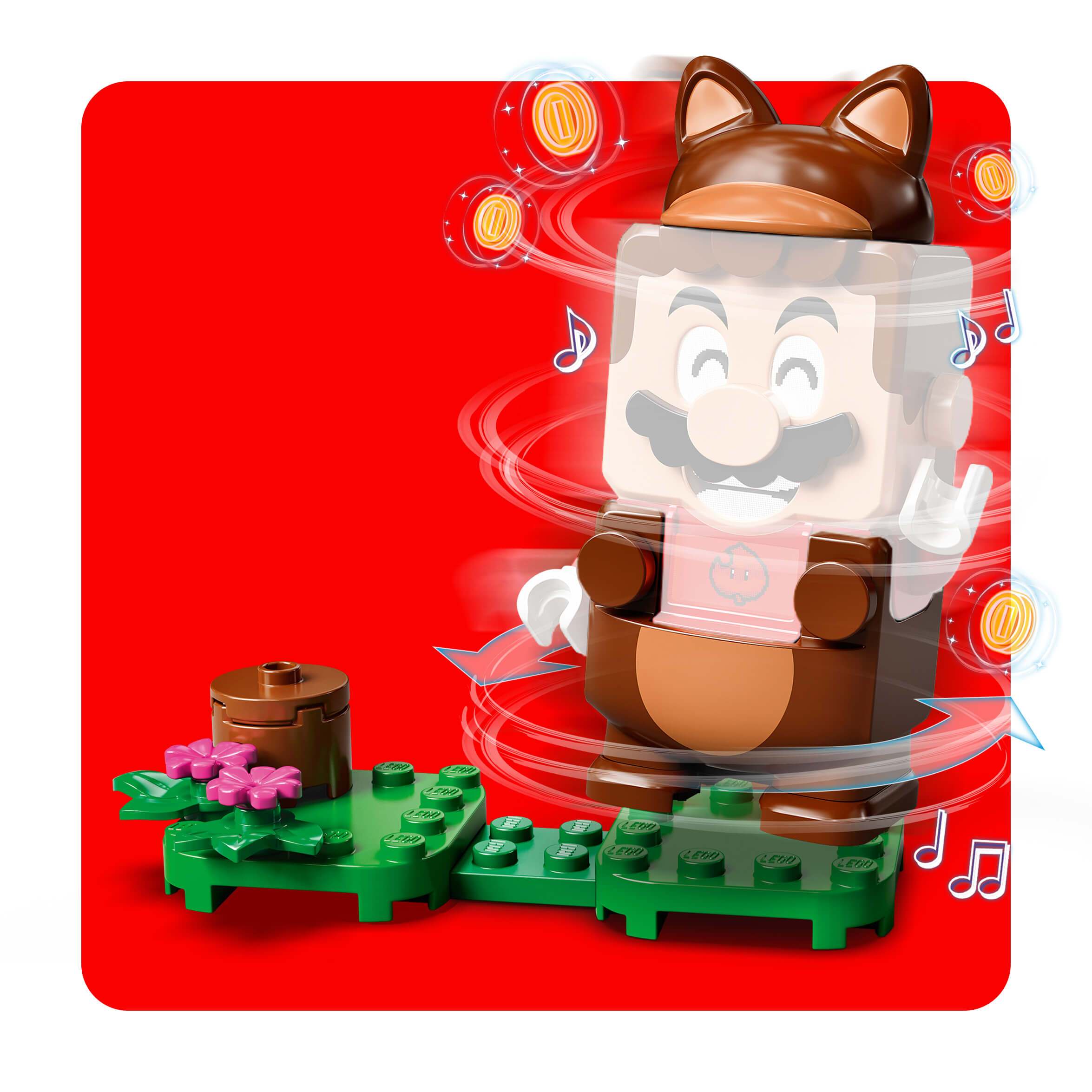 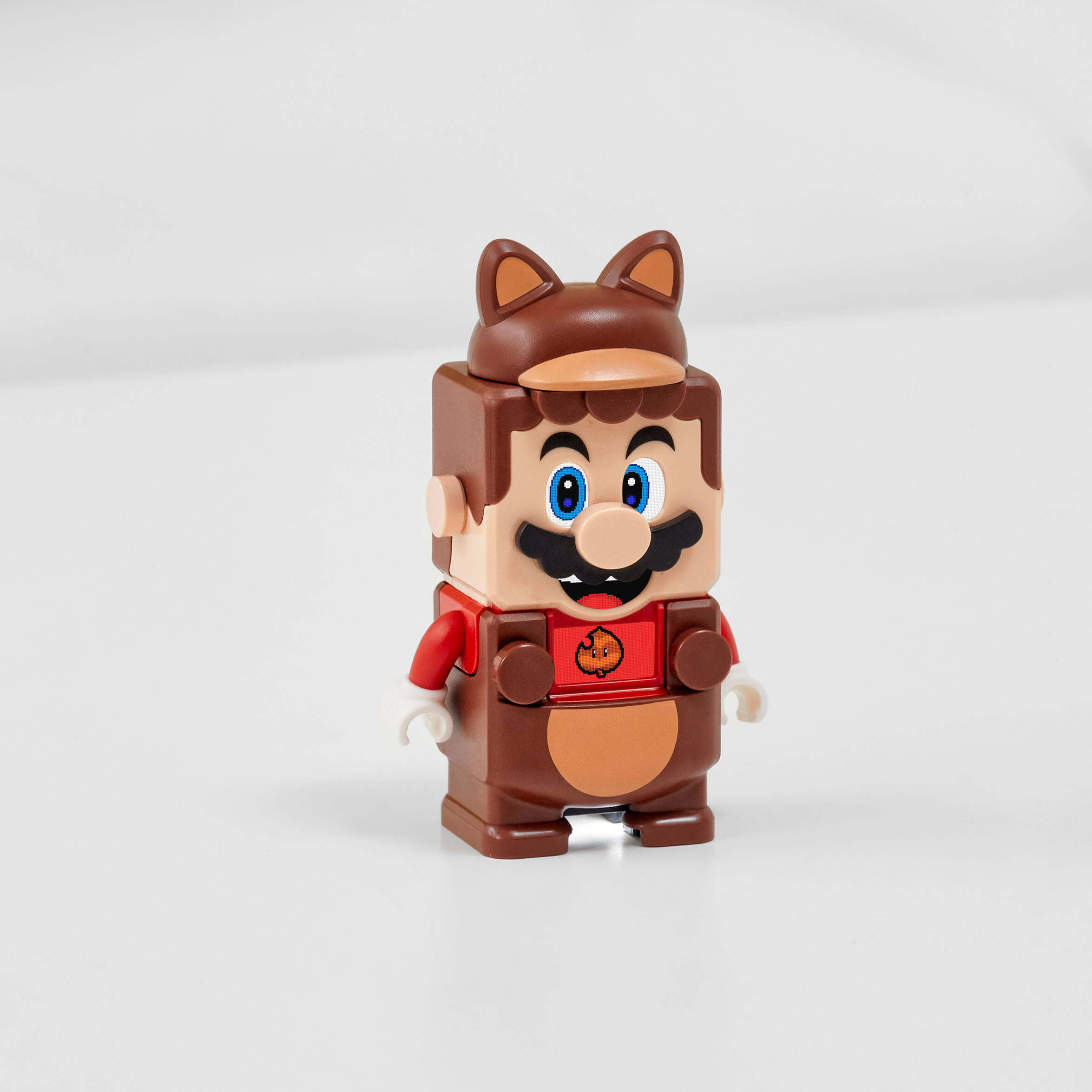 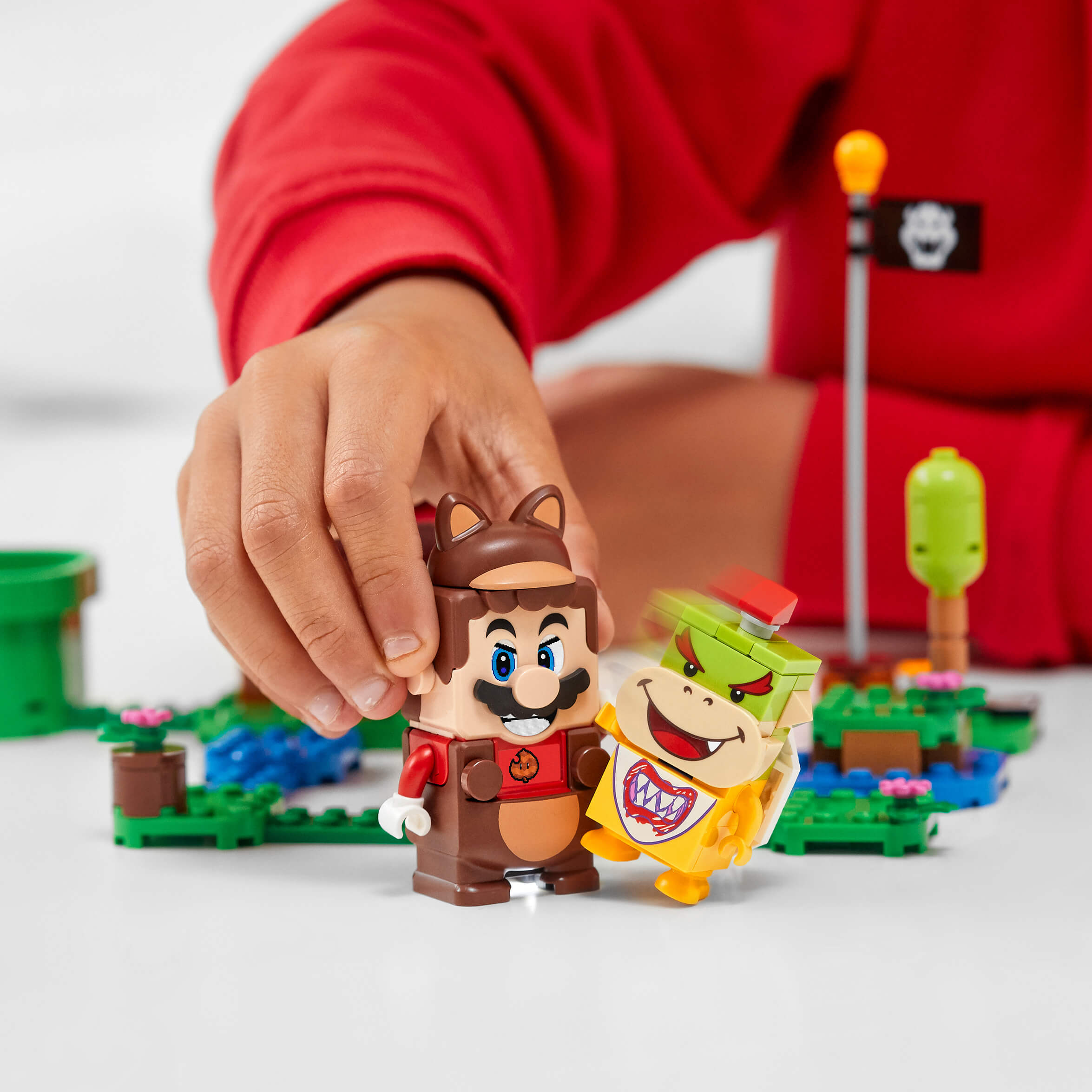 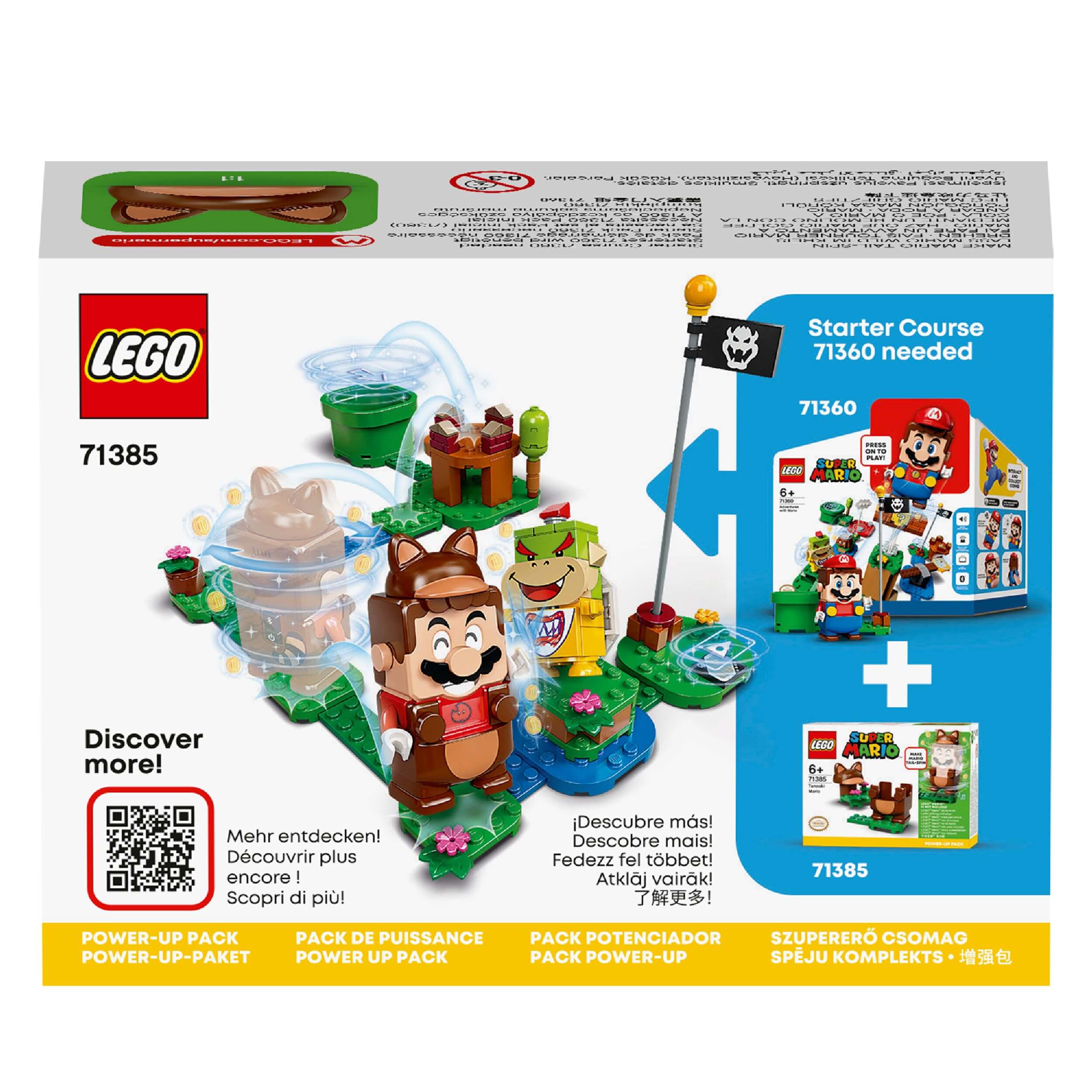 Open up new possibilities for LEGO Super Mario players with this Tanooki Mario Power-Up Pack (71385), featuring an interactive suit for LEGO Mario (figure not included). When LEGO Mario wears the suit, players can win extra digital coins for spinning him round before stomping on enemies. This set is a fun gift toy for creative kids who own the Adventures with Mario Starter Course (71360), which includes the LEGO Mario figure.

There are illustrated building instructions in the box and on the free LEGO Super Mario app. The app also offers a safe platform for children to share their ideas, inspiration for ways to build and play, plus other fun features.
The modular LEGO Super Mario sets: Starter Course, Expansion Sets and Power-Up Packs allow fans to build limitless personalised levels.