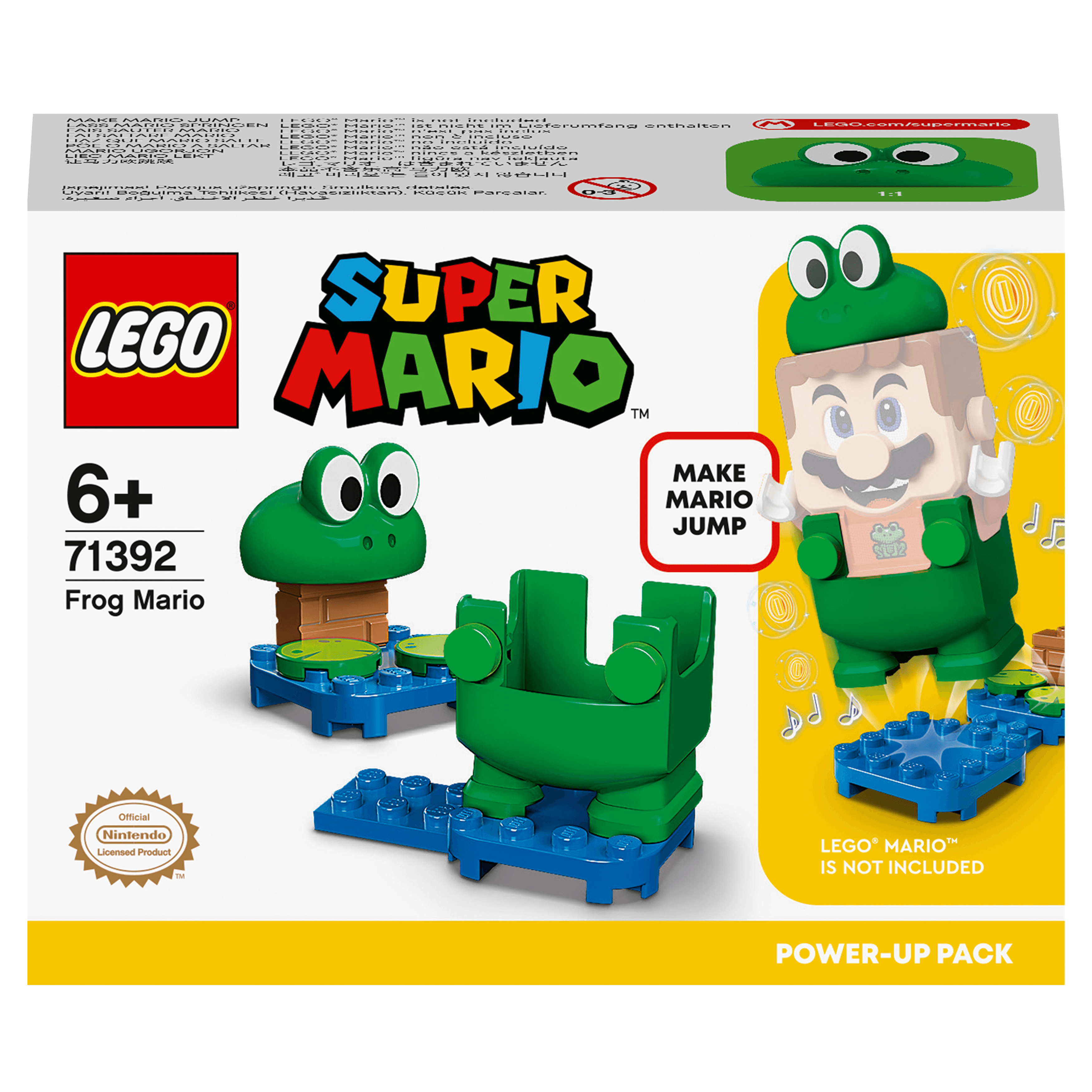 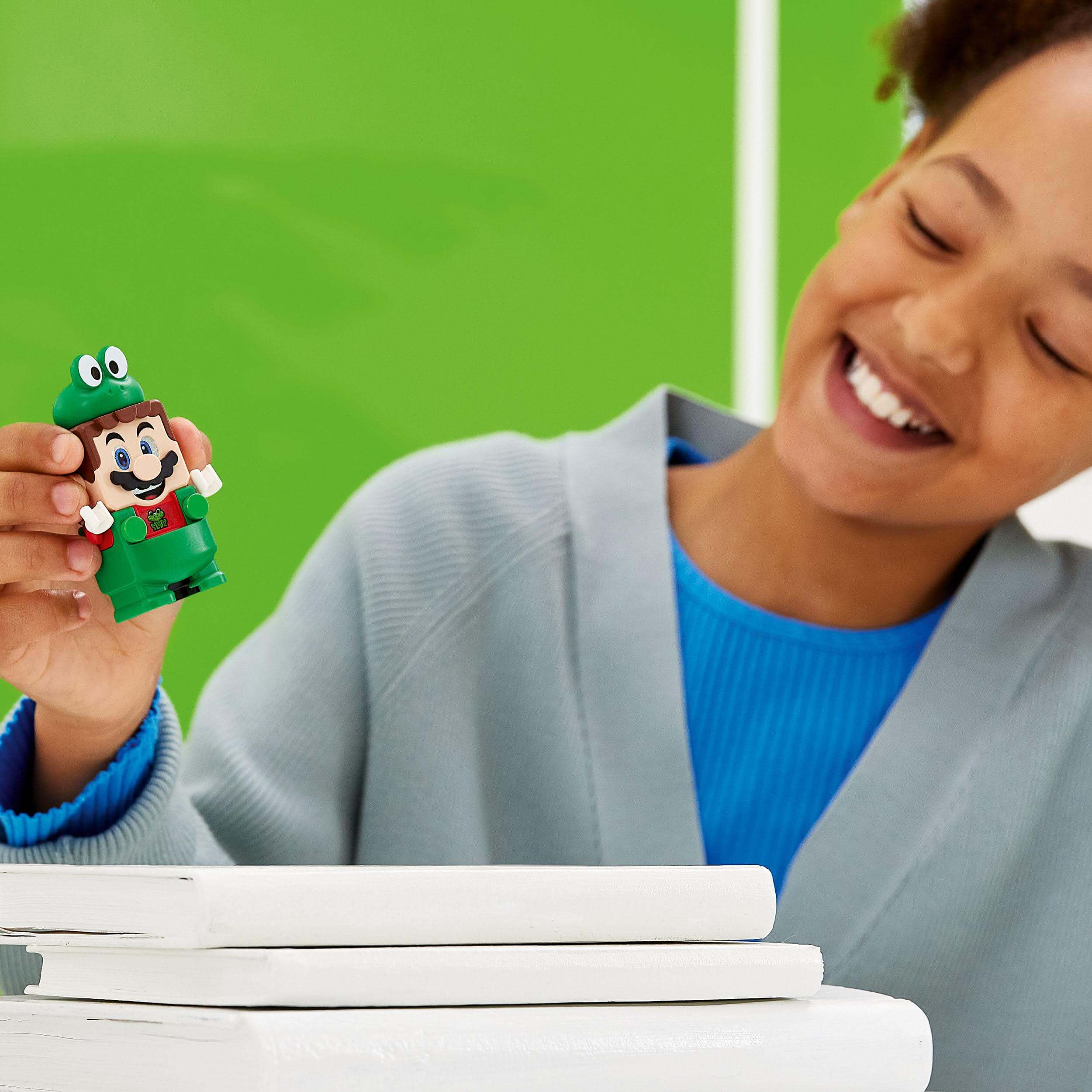 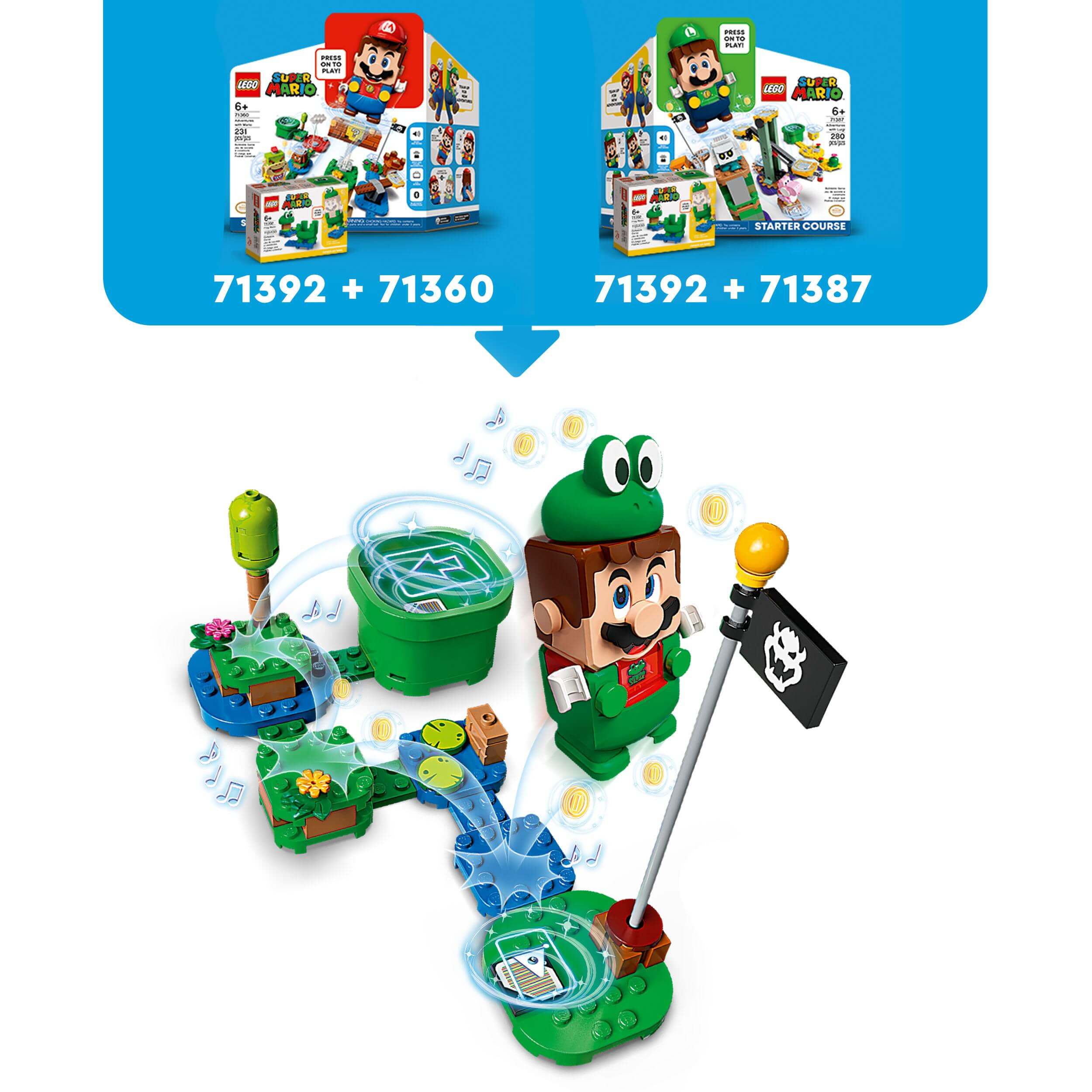 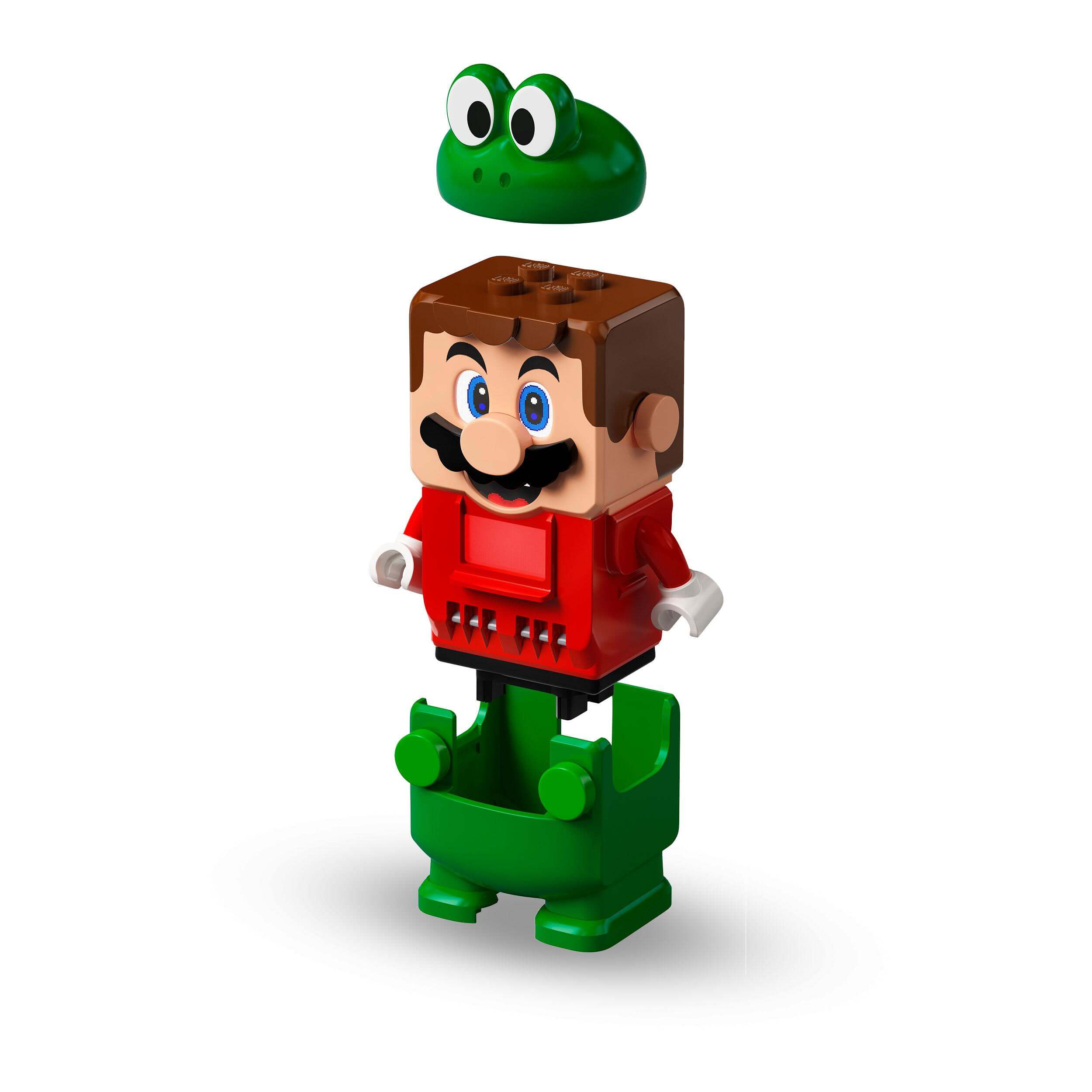 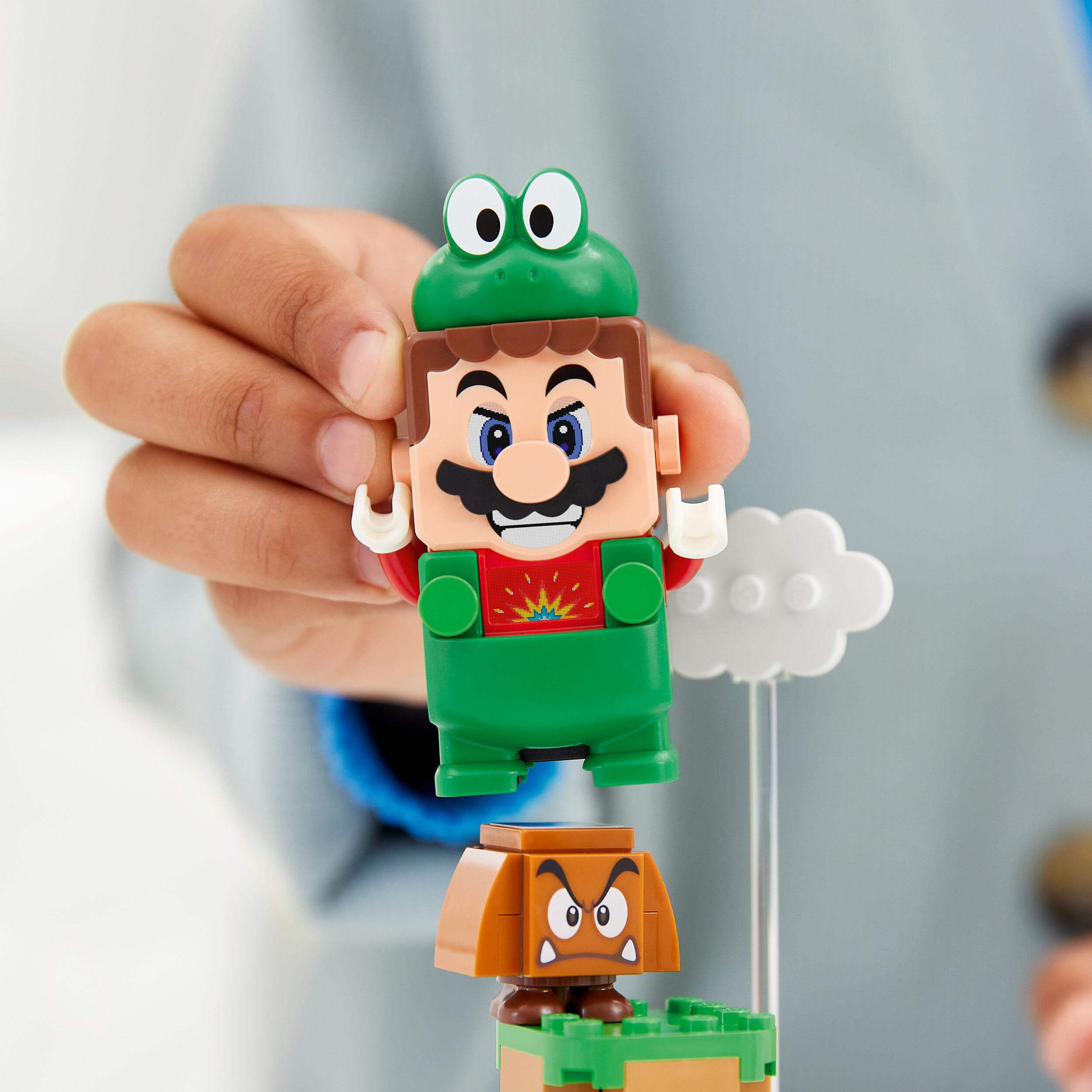 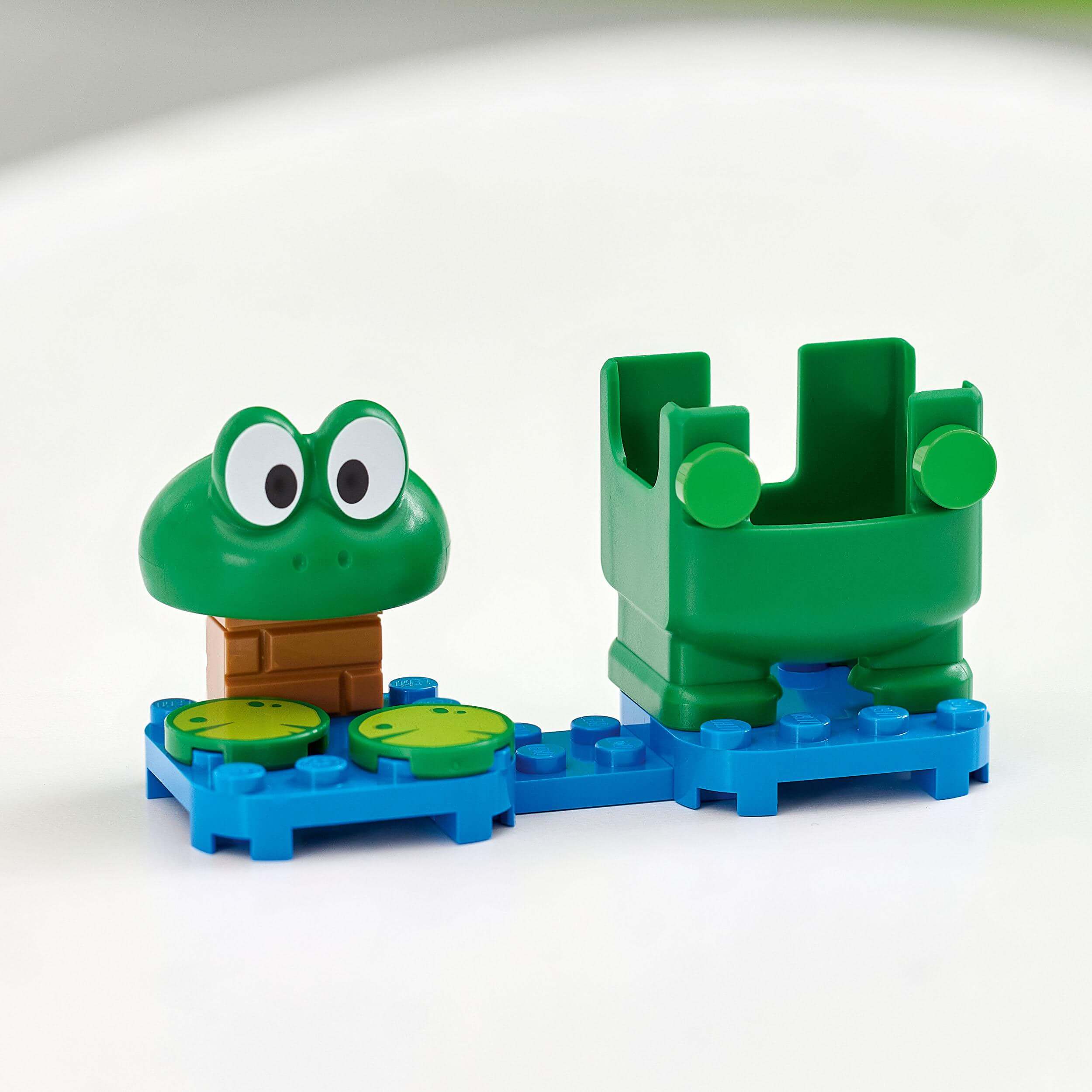 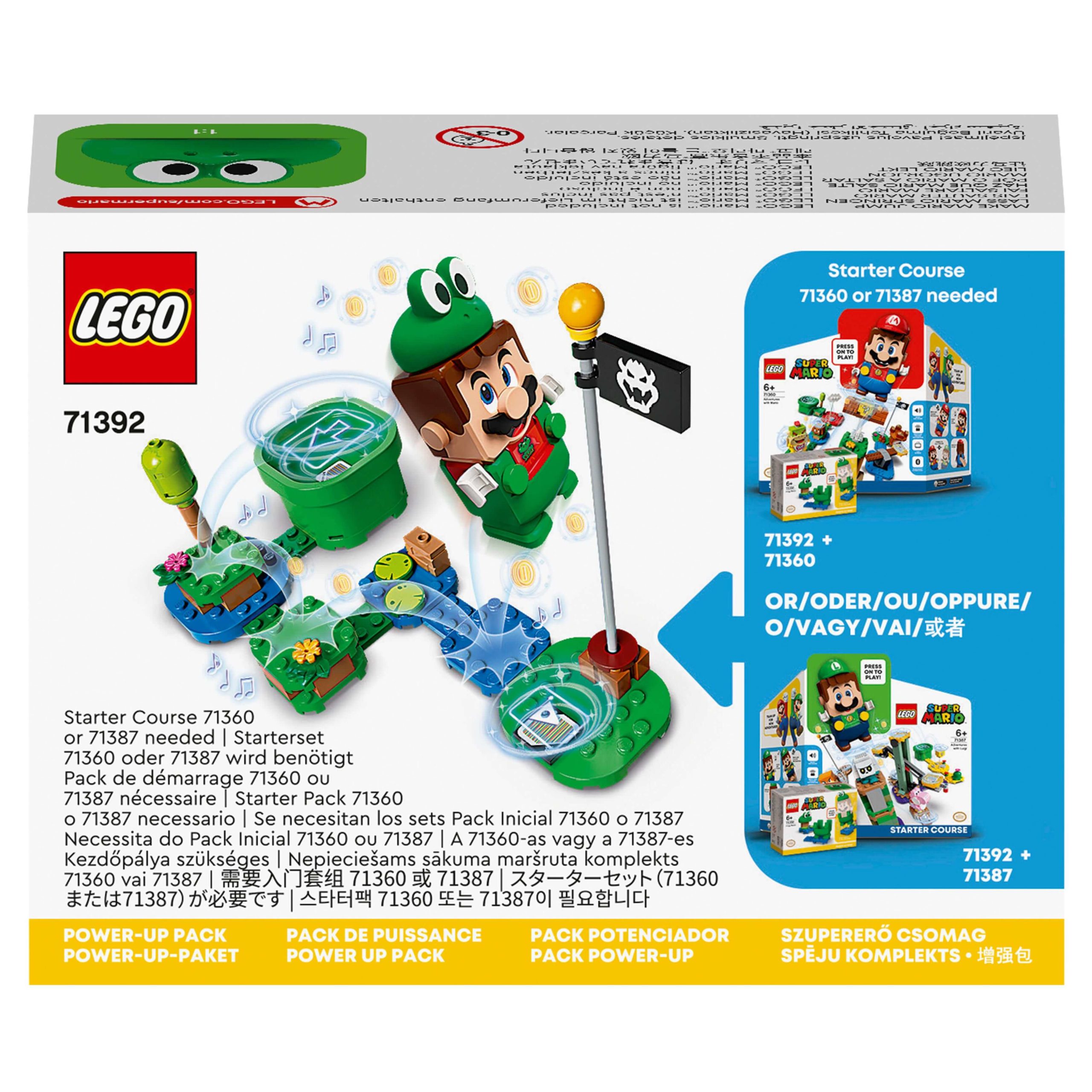 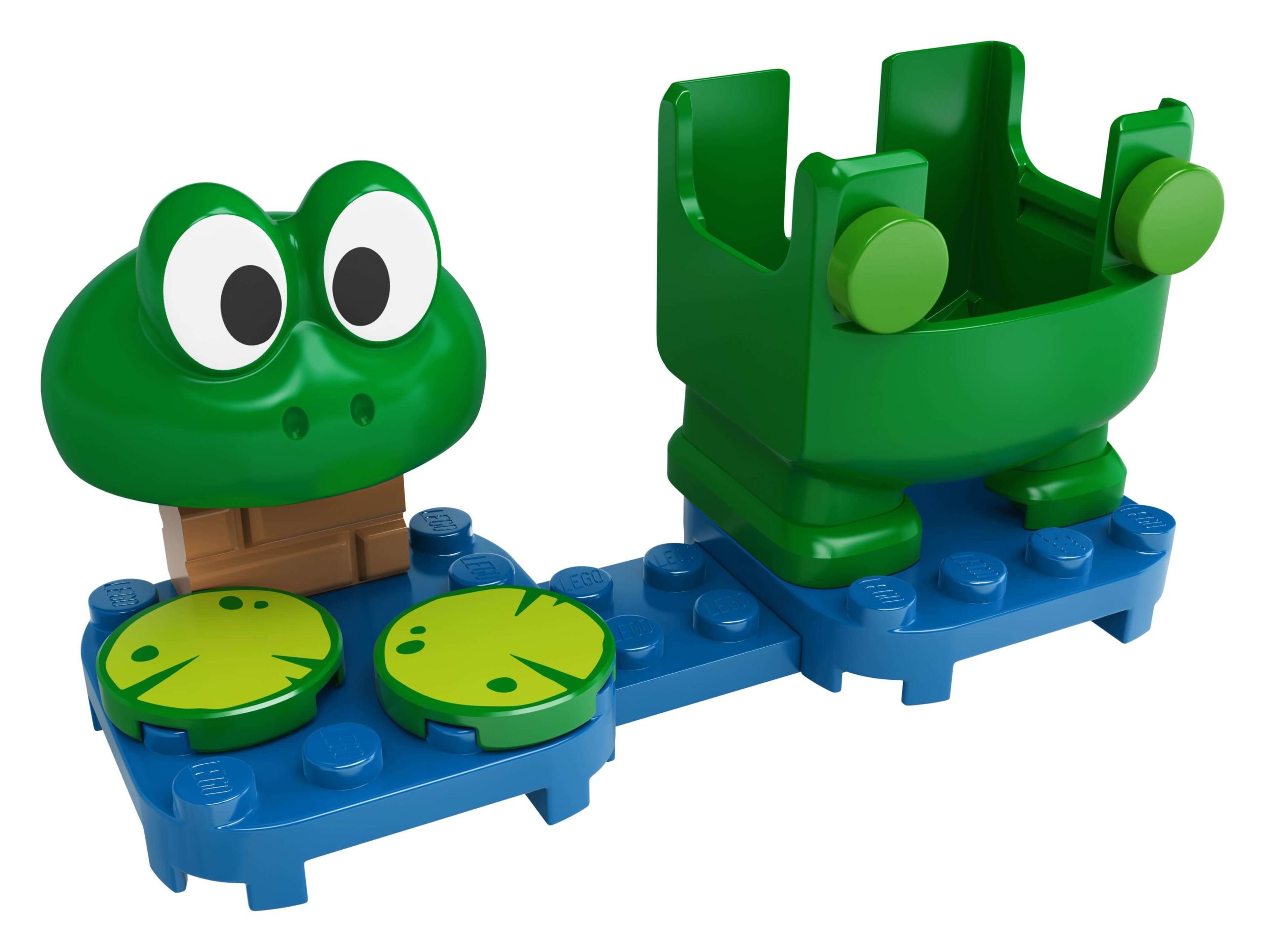 Fans can add leaping, splashing fun to their buildable game experience with this LEGO Super Mario Frog Mario Power-Up Pack (71392) toy. It features an interactive frog costume for a LEGO Mario figure (not included), which gives the player a chance to earn extra digital coins for making him jump, and triggers splashing sounds each time he lands. This set is an ideal gift for trendsetting kids who own the LEGO Super Mario Starter Course set 71360, which includes LEGO Mario, or the 71387 set which includes a LEGO Luigi figure.

Building instructions for this LEGO set can be found in the box and on the free LEGO Super Mario app. The app is a safe forum for kids to share ideas and offers tips for creative ways to build and play. For a list of compatible Android and iOS devices, visit LEGO.com/devicecheck.