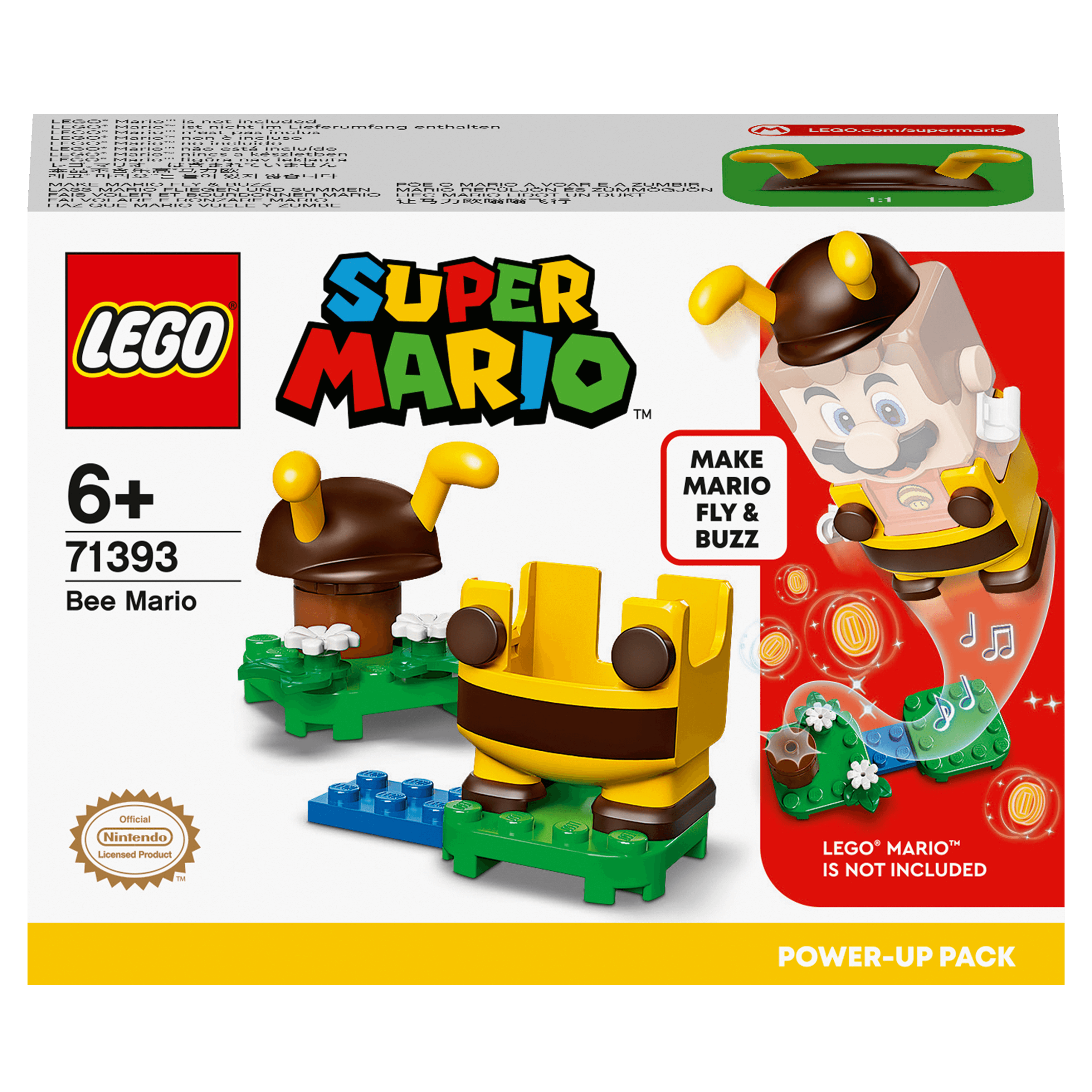 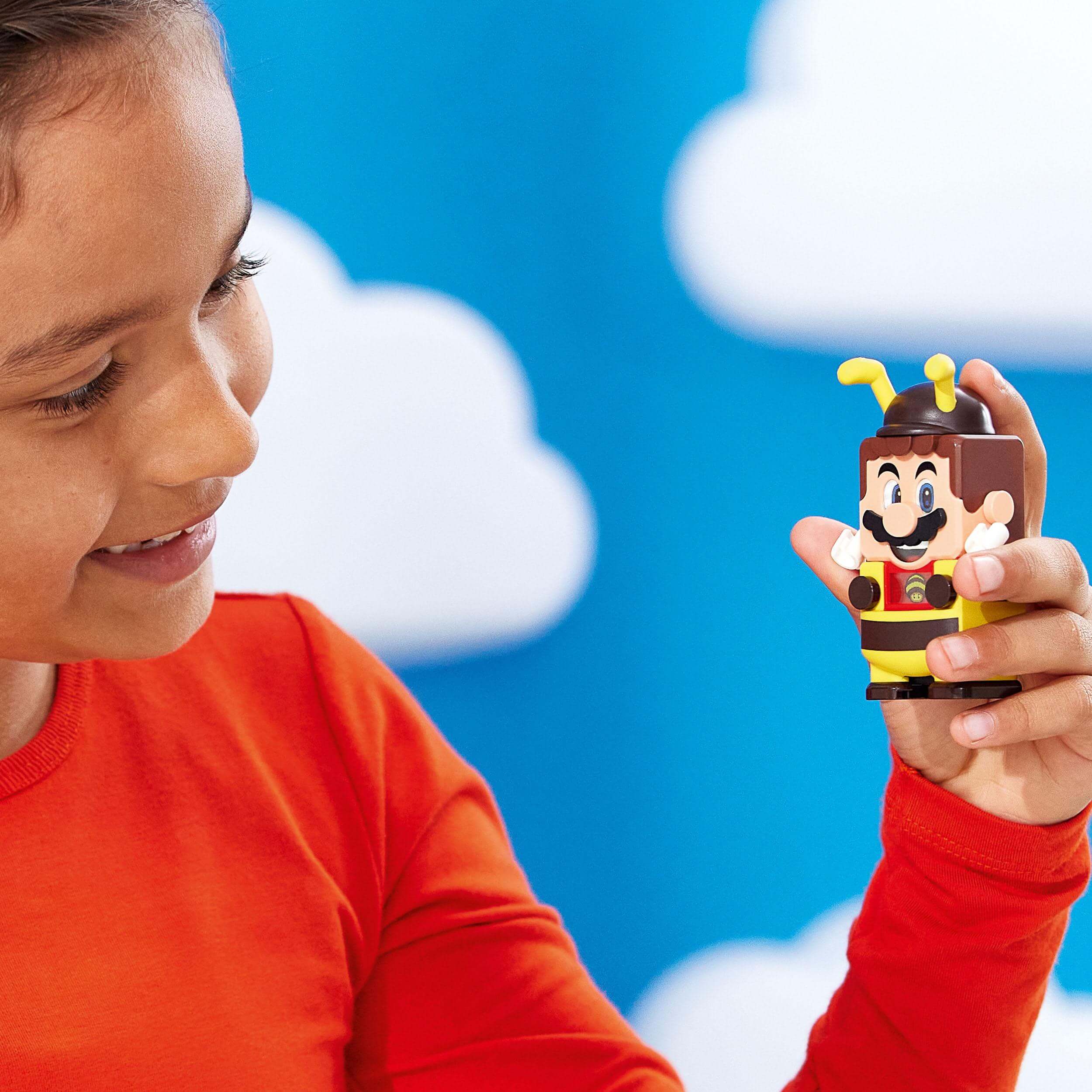 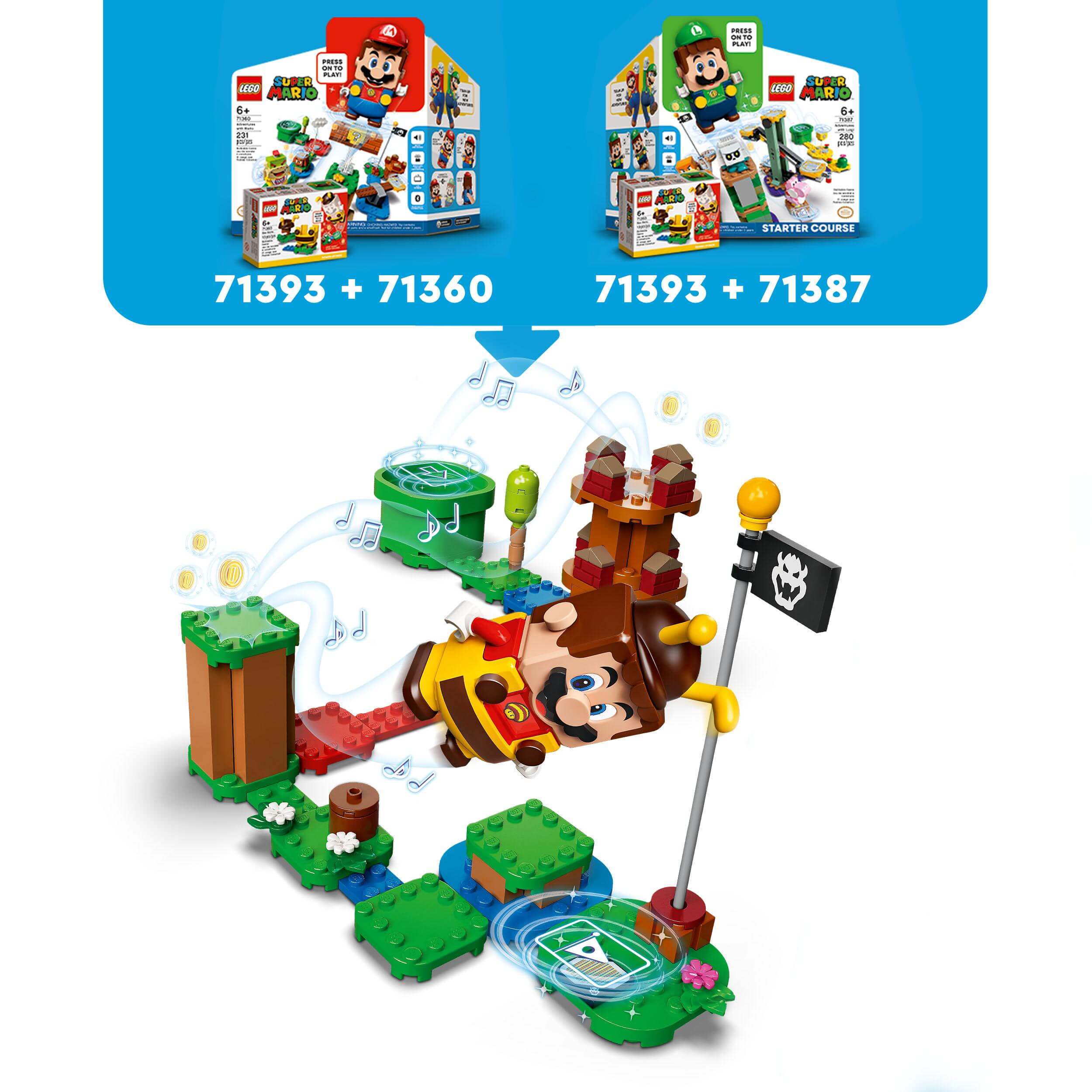 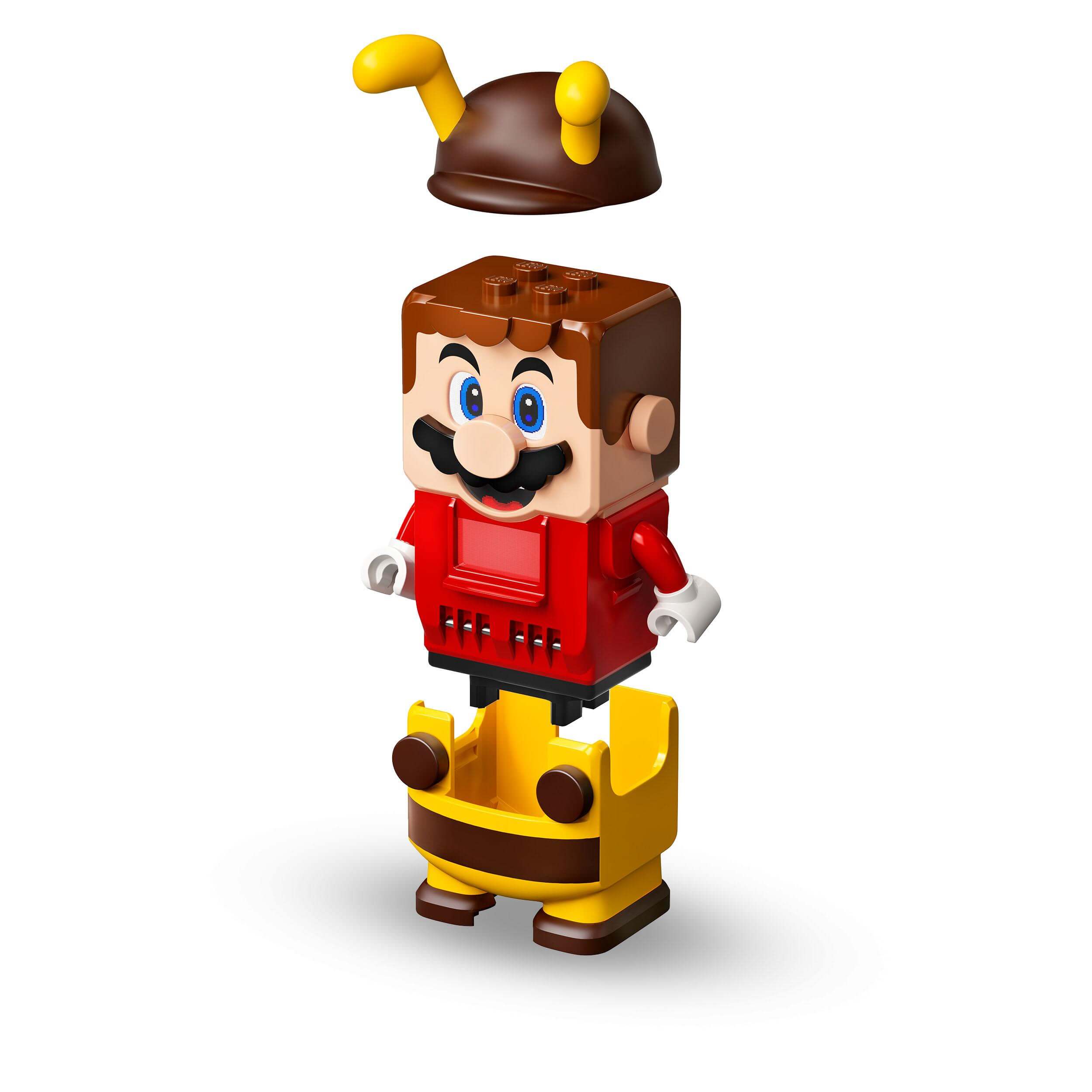 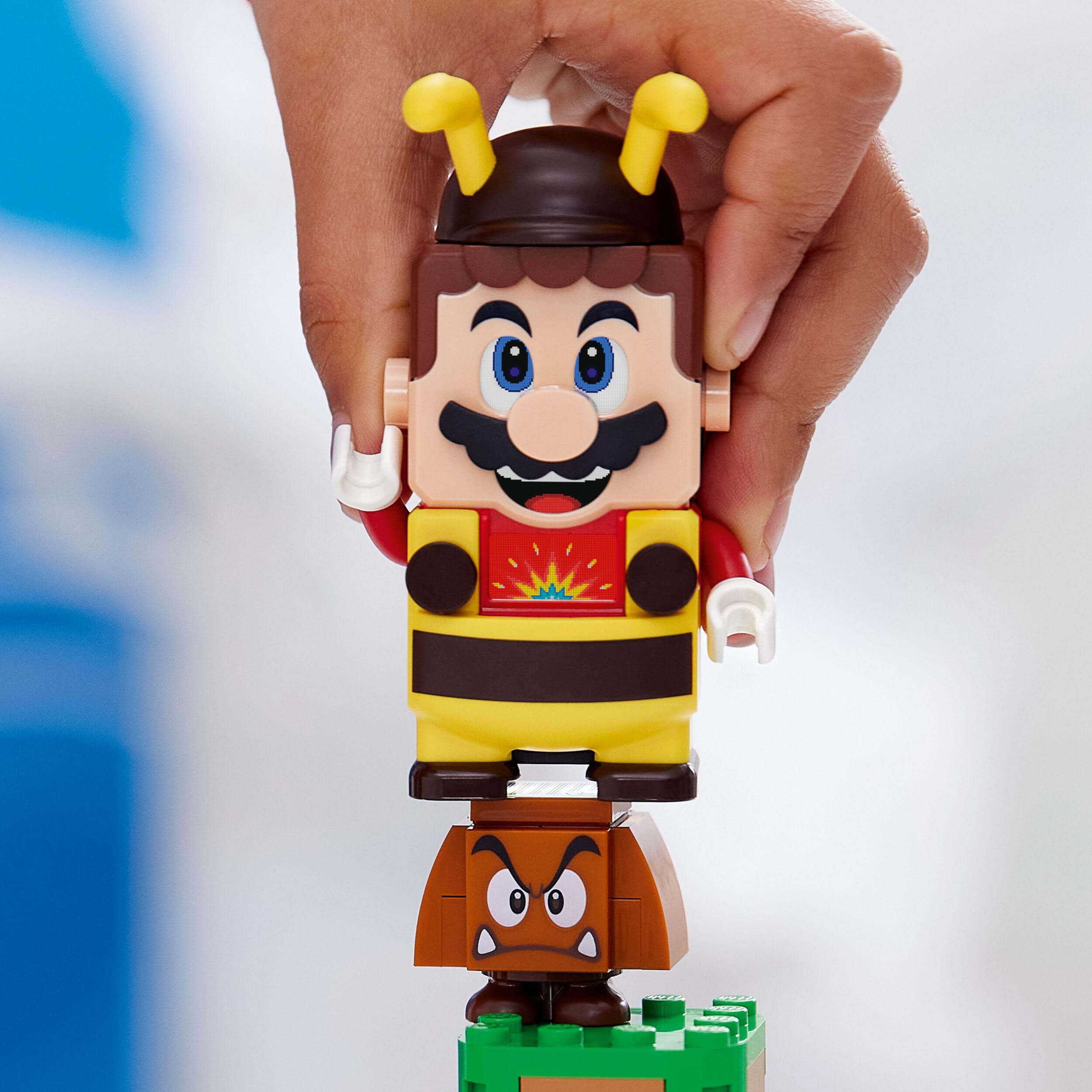 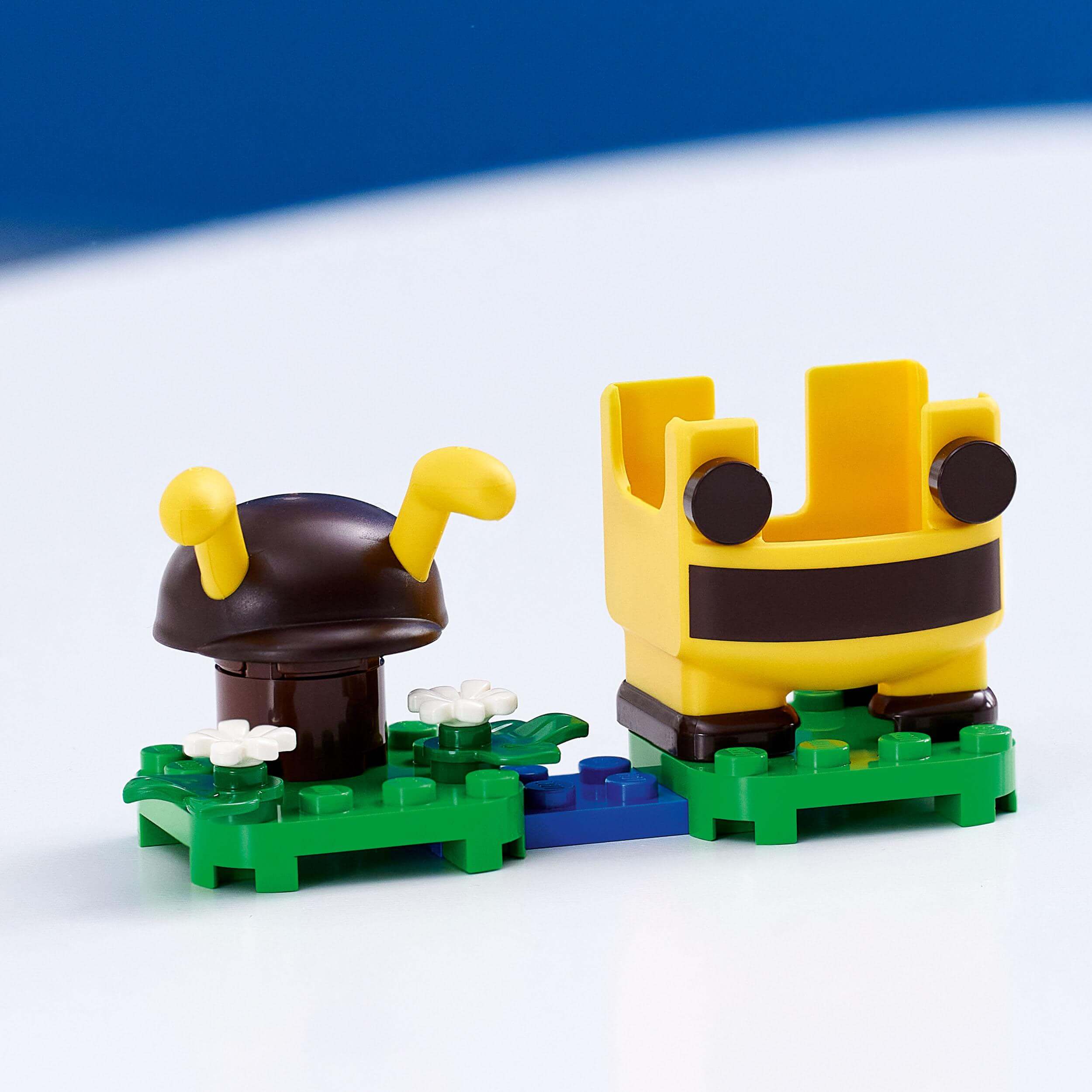 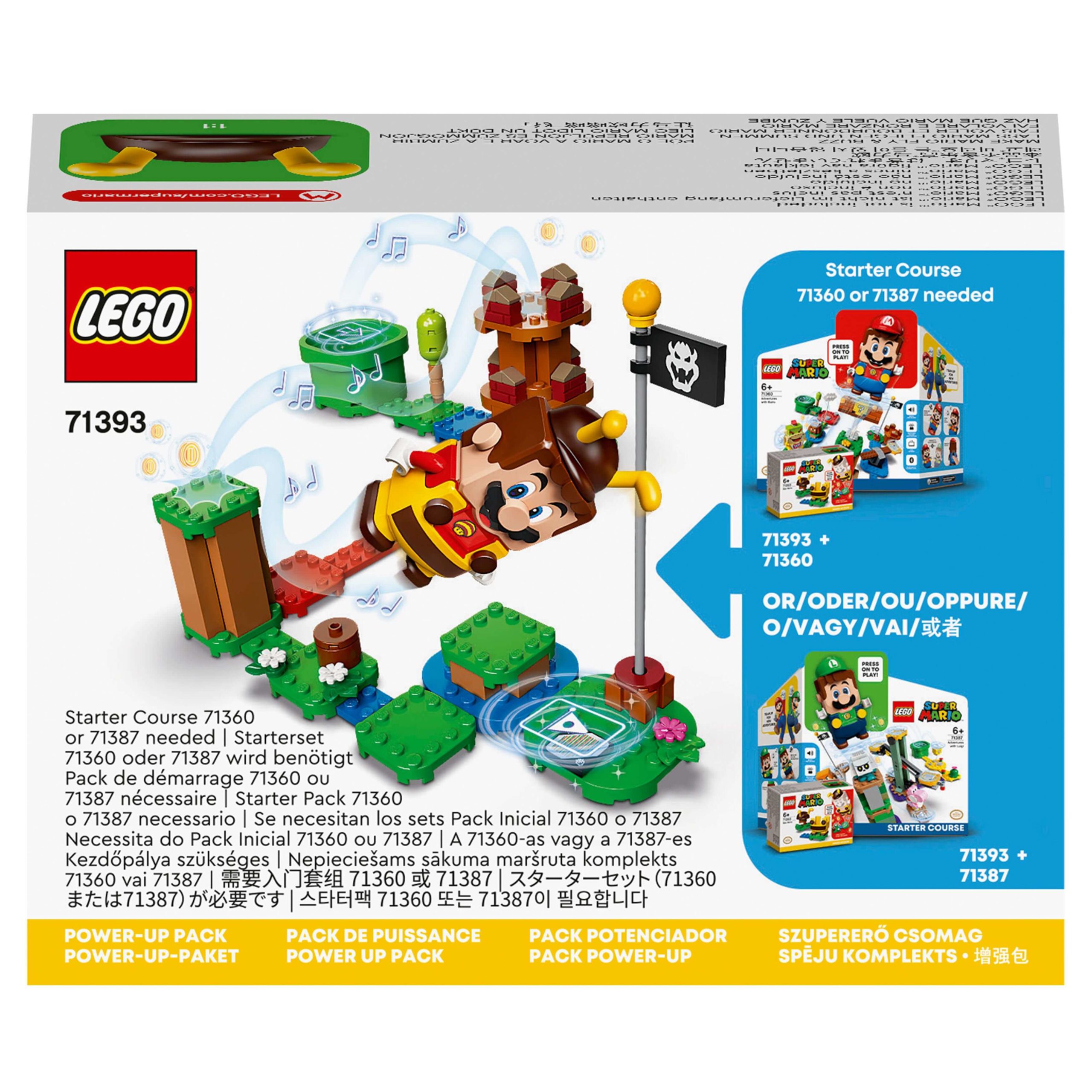 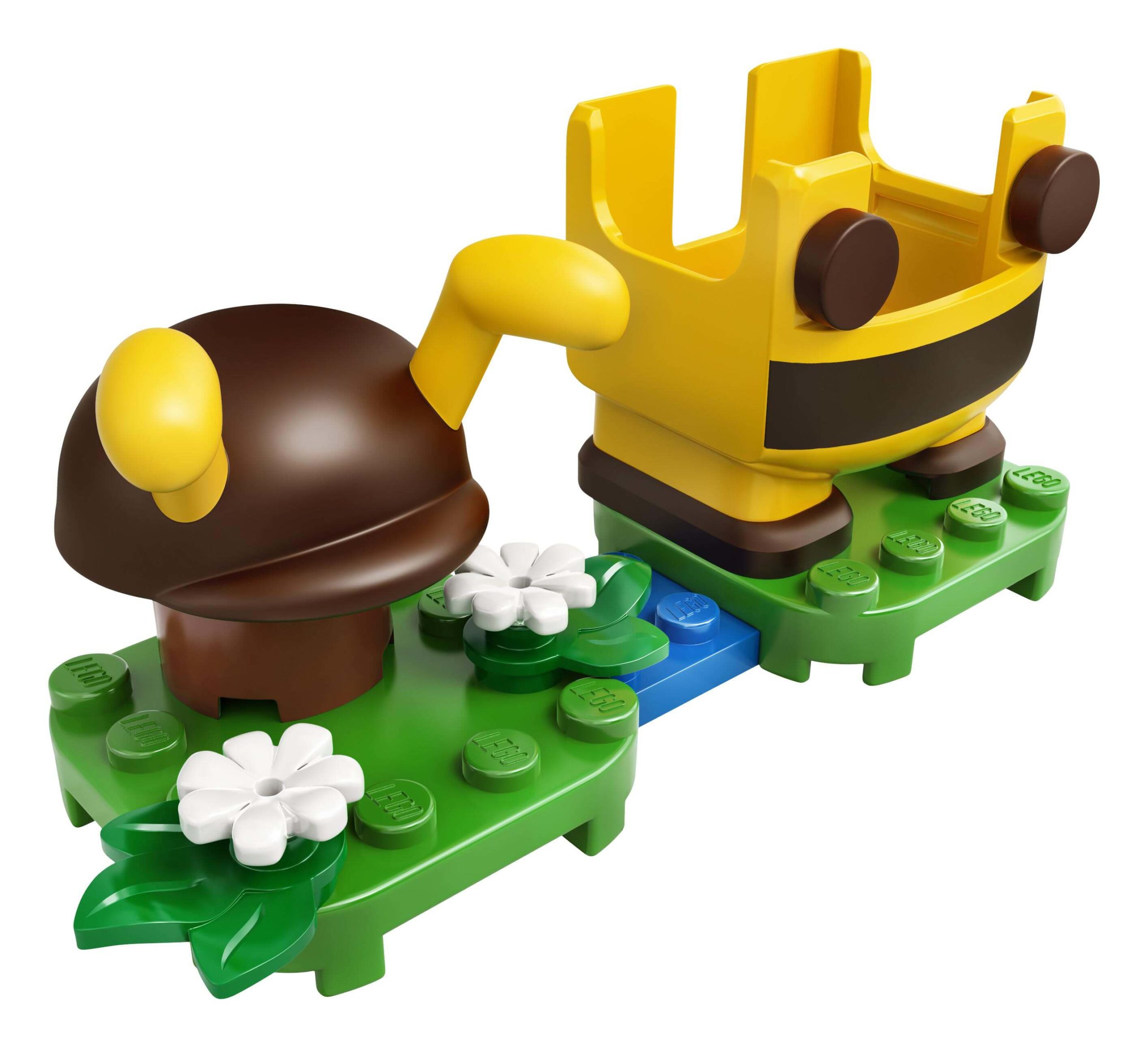 Bring an extra buzz of excitement to the buildable game experience with this LEGO Super Mario Bee Mario Power-Up Pack (71393) toy. It features an interactive bee costume for a LEGO Mario figure (not included), which gives the player a chance to earn extra digital coins for ‘flying’ and triggers buzzing-bee sounds. This set makes a super gift for trendsetting kids who own the LEGO Super Mario Starter Course 71360 set, which includes LEGO Mario, or the 71387 set, which includes a LEGO Luigi figure.

Find illustrated building instructions in the pack and on the free LEGO Super Mario app. The app also offers a safe forum for children to share their ideas, inspiration for ways to build and play, plus other fun features. For a list of compatible Android and iOS devices, visit LEGO.com/devicecheck.