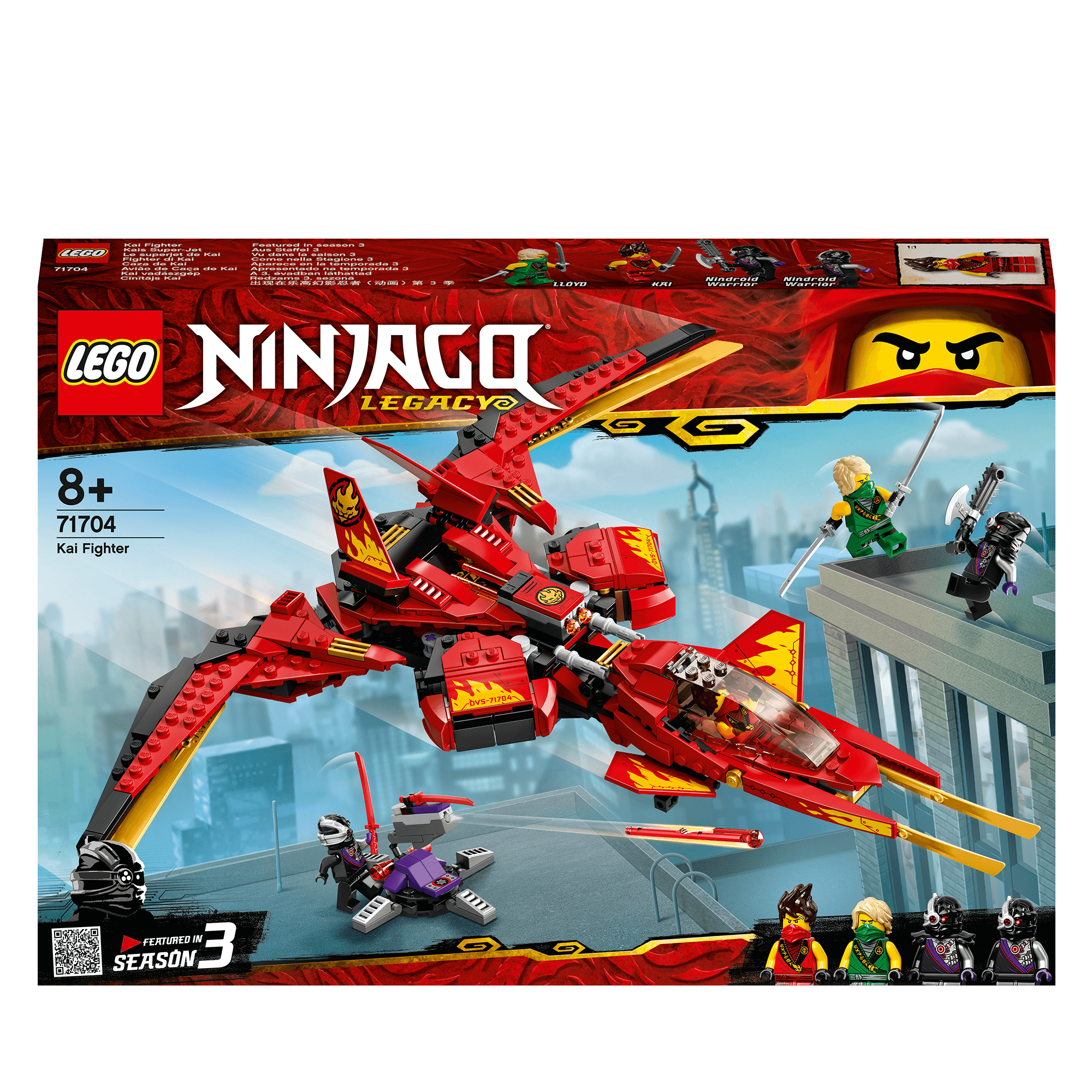 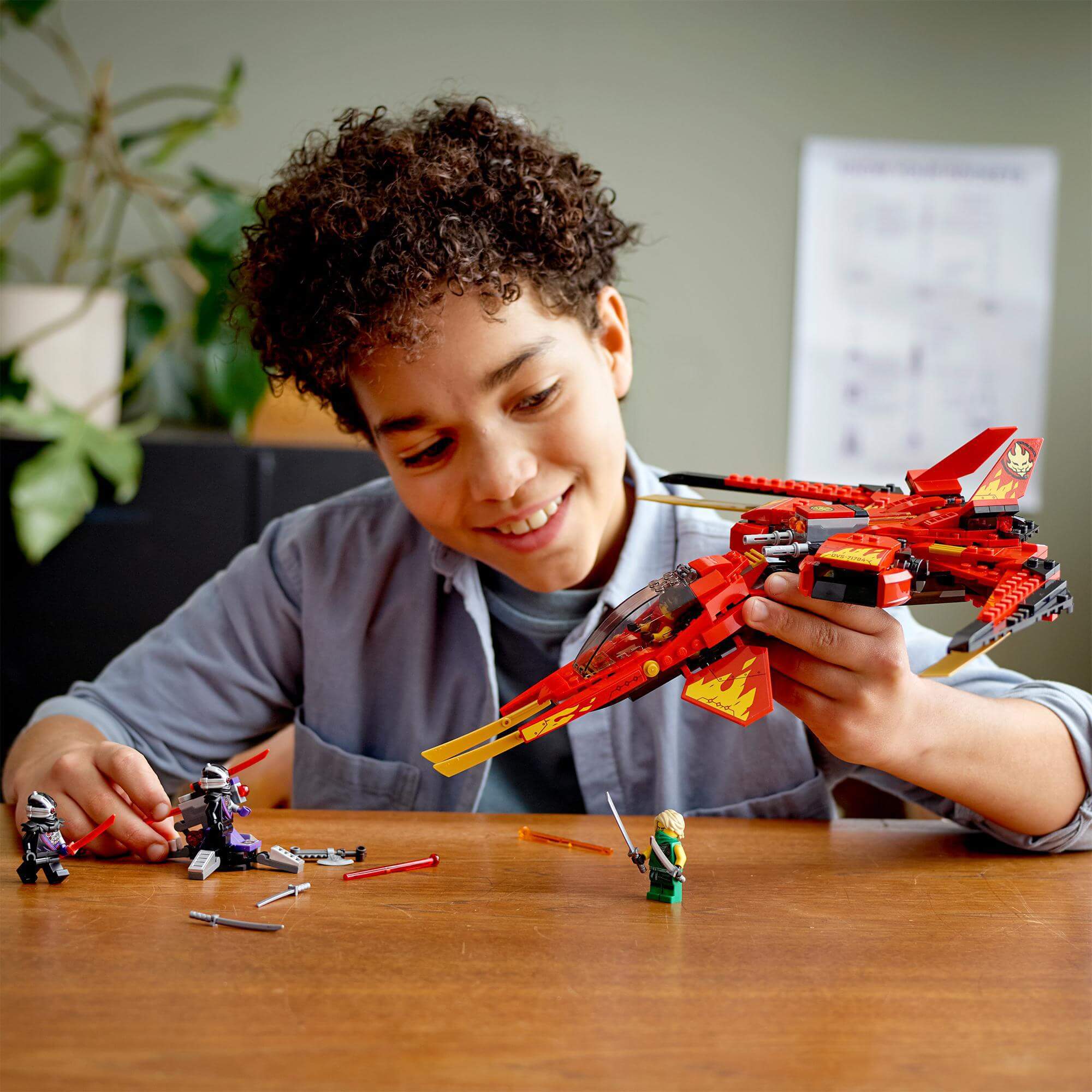 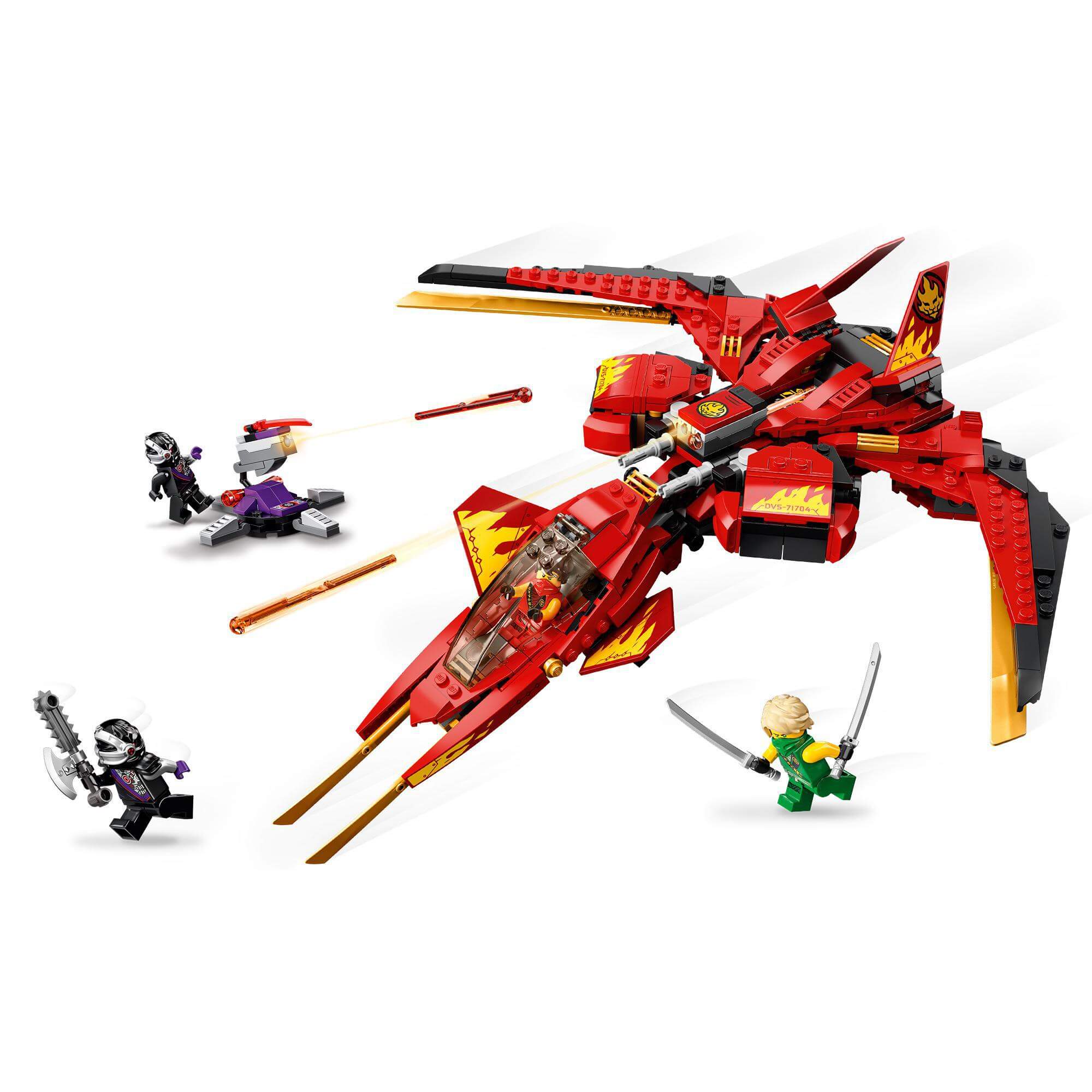 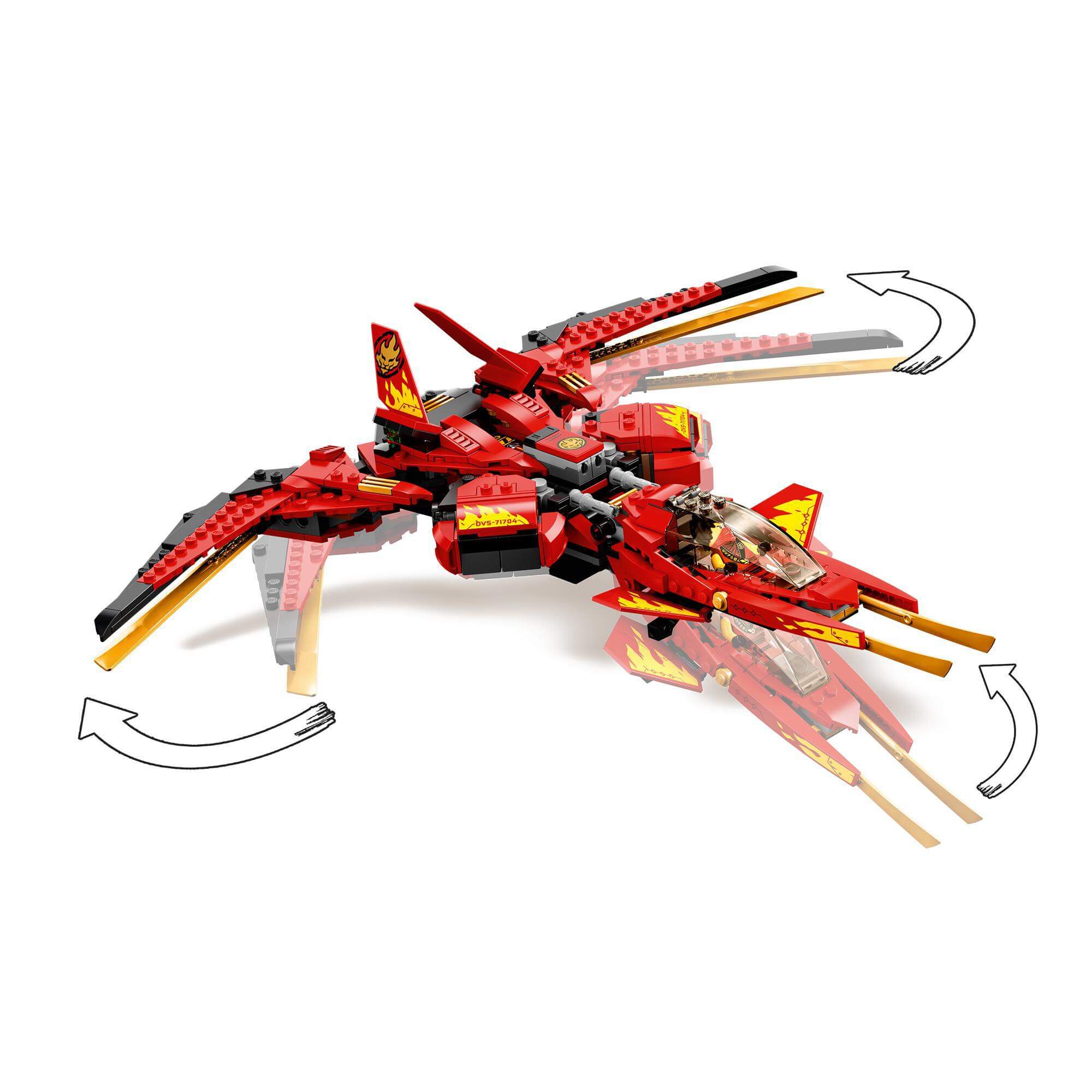 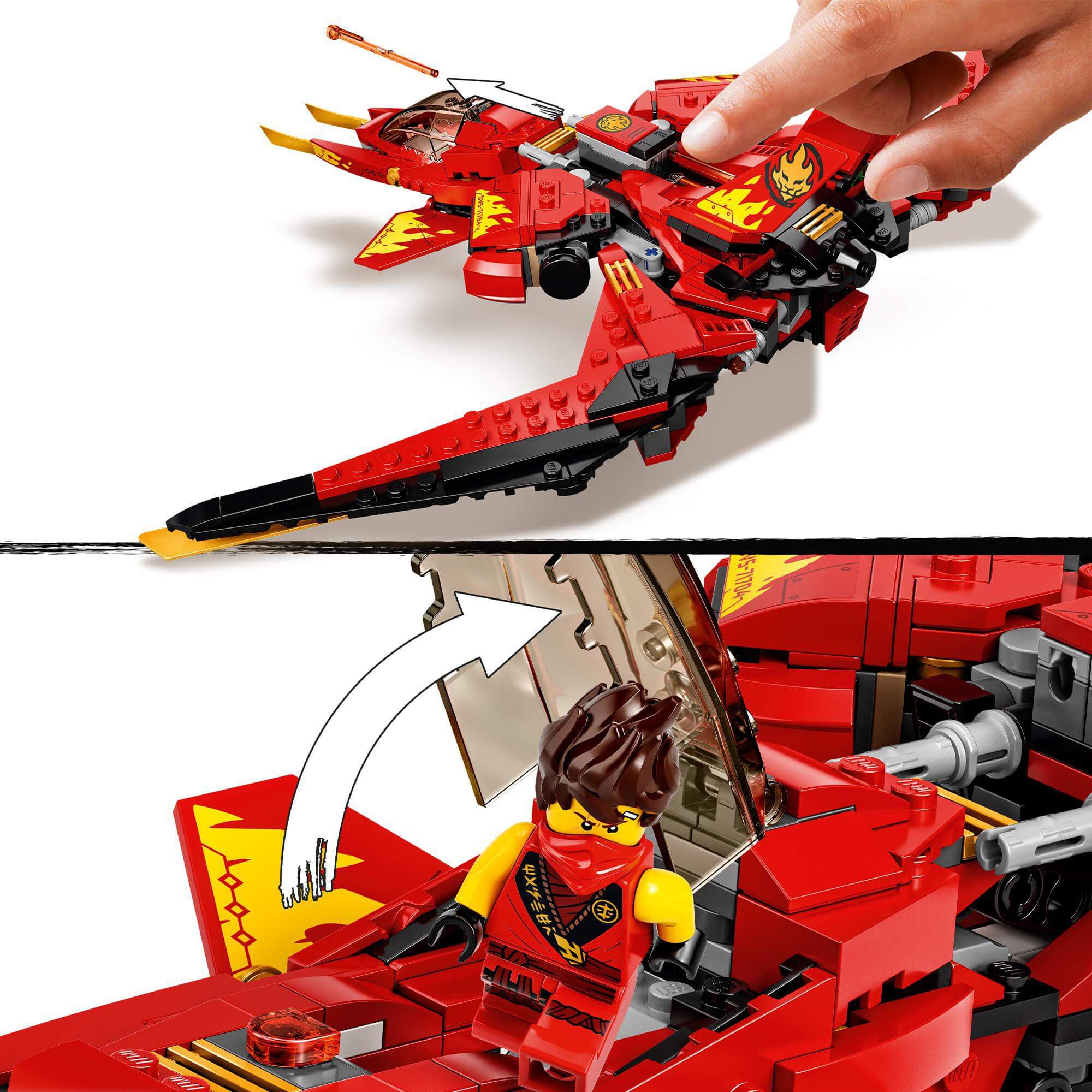 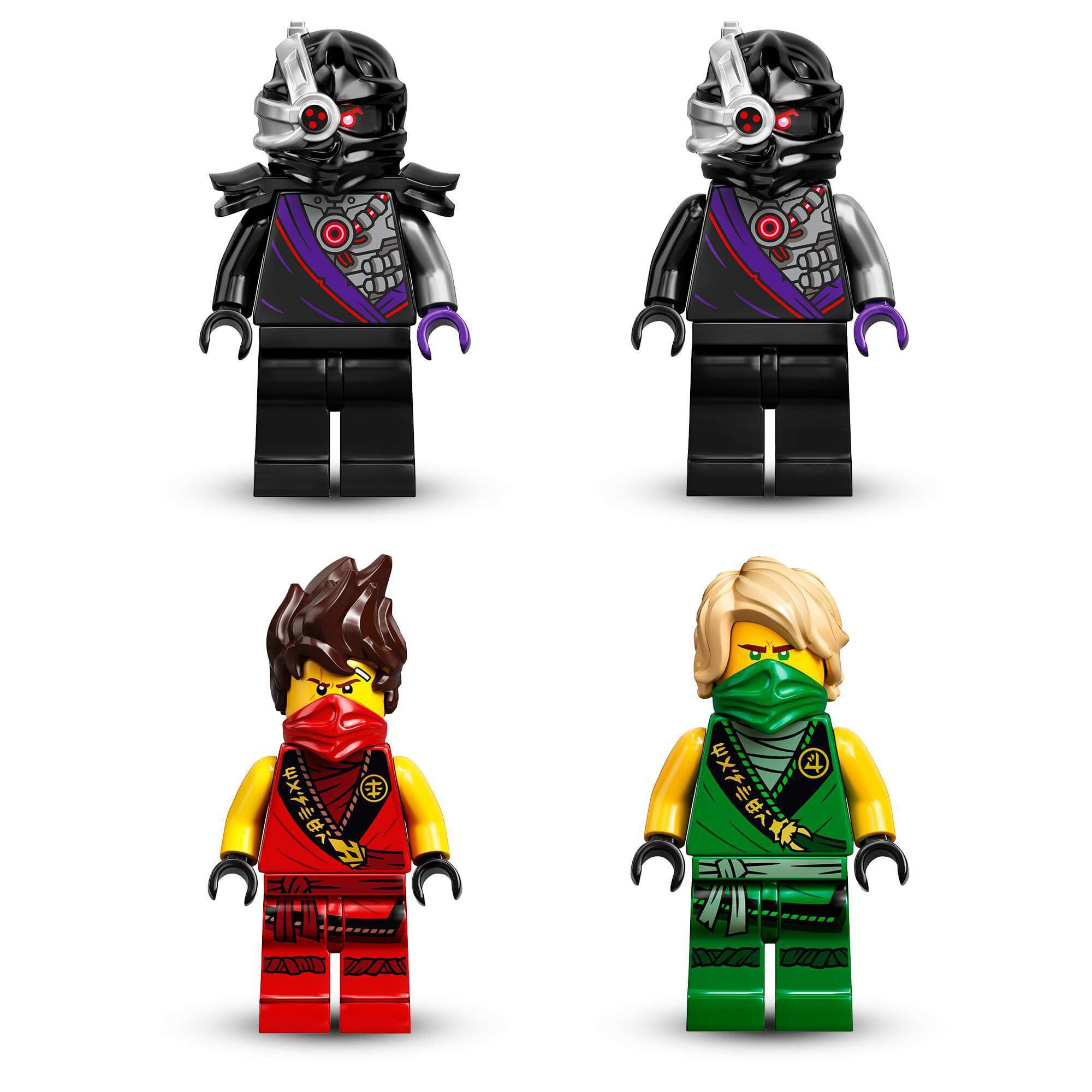 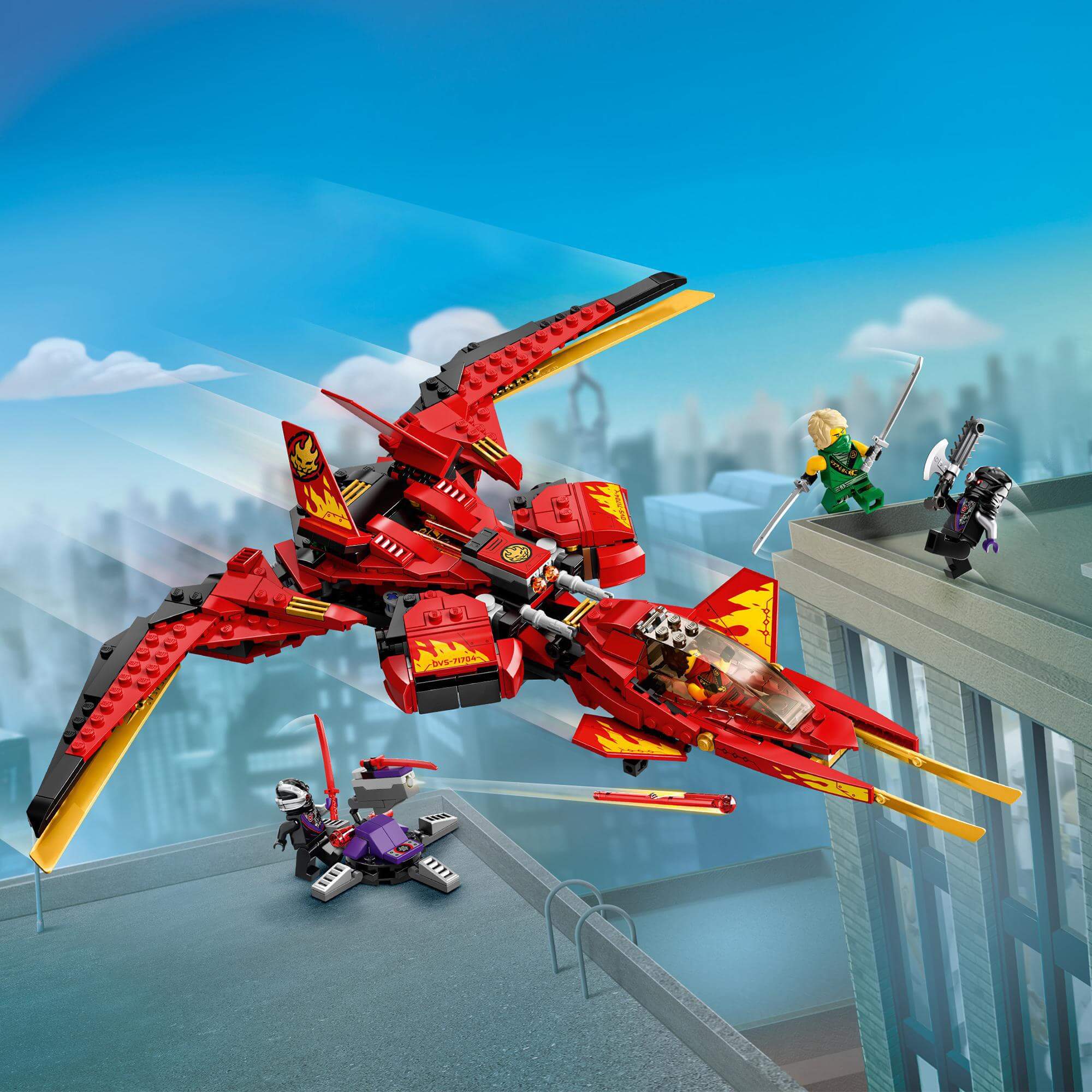 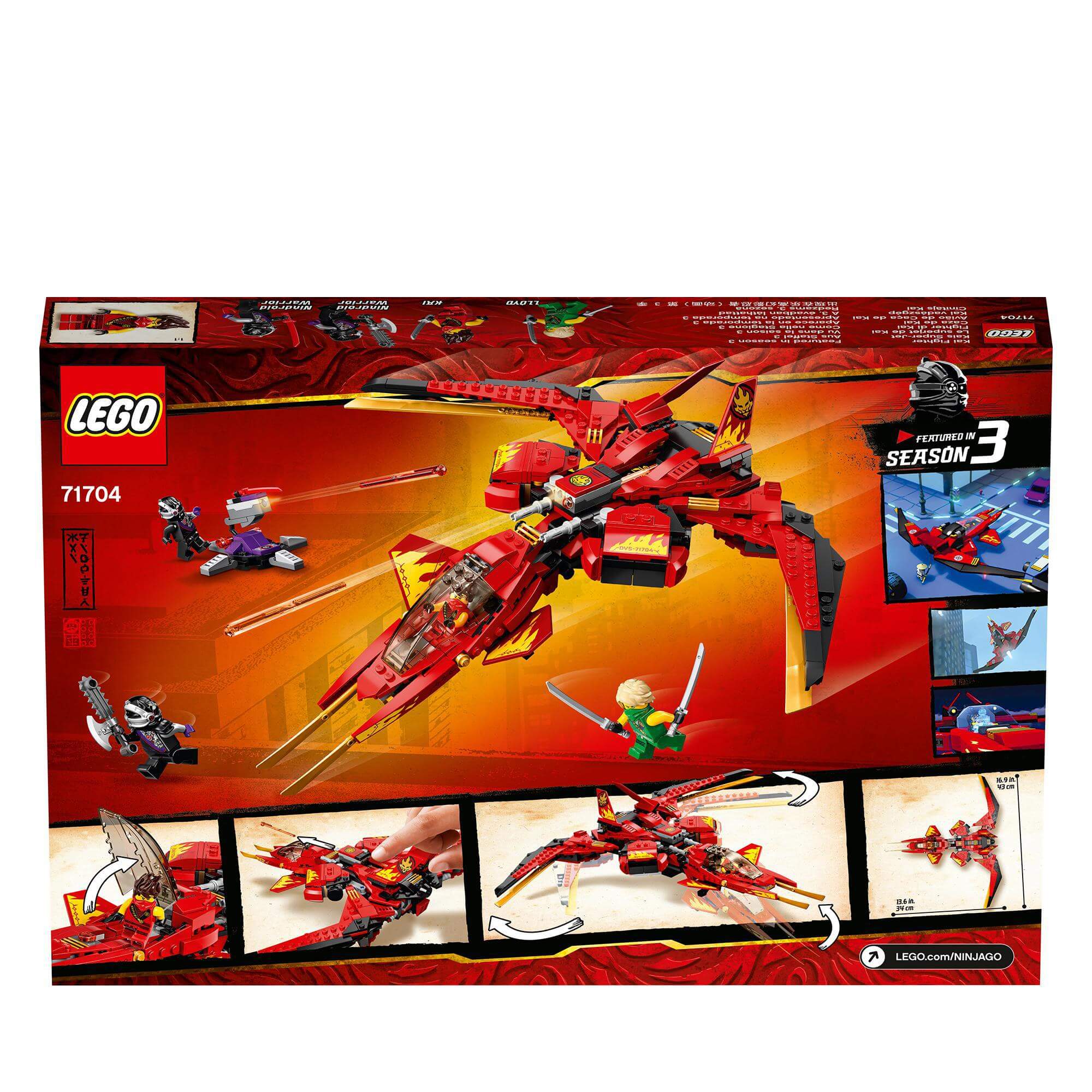 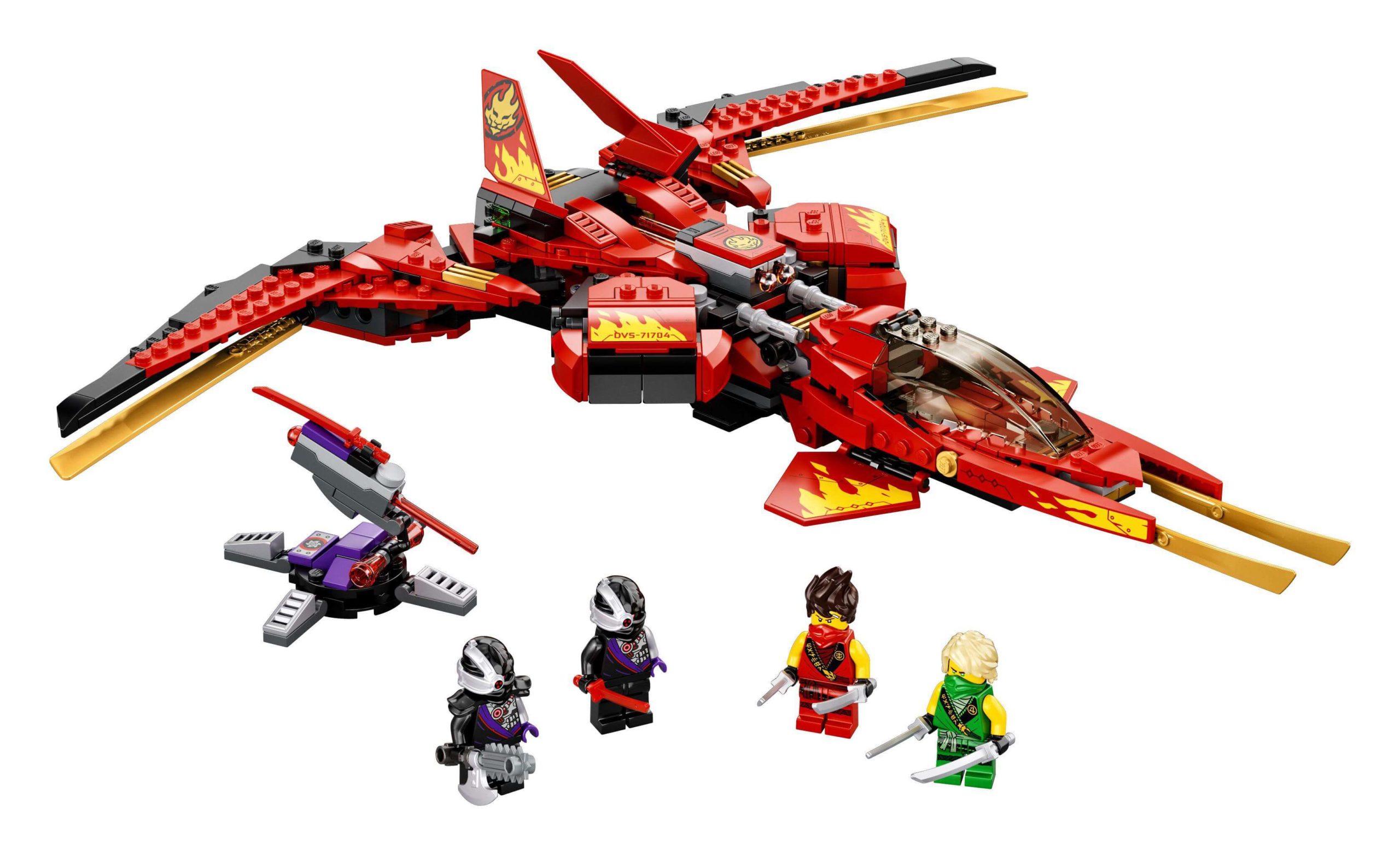 Ninja fans who love creating iconic LEGO NINJAGO Legacy builds and have a passion for playing with fun toys and buildable figures will be enthralled by the Kai Fighter (71704) toy jet playset. This stunning building set for kids features 2 ninja and 2 Nindroid Warrior minifigures, plus a toy jet fighter to recreate ninja battles.

Celebrate the famous history of NINJAGO by building this modern and upgraded action toy from season 3 of the TV series. Kids will enjoy the fun challenge of putting it together brick by brick before staging epic ninja battles between Kai and Lloyd and the Overlord’s Nindroid Warriors.

LEGO NINJAGO ninja toys offer youngsters a gateway into a world of fantasy fun where they can indulge in creative adventures as they role-play stories with NINJAGO action figures. Your little ninja will be captivated as they play with a range of action toys, including ninja jets, mechs, vehicles and dragons.