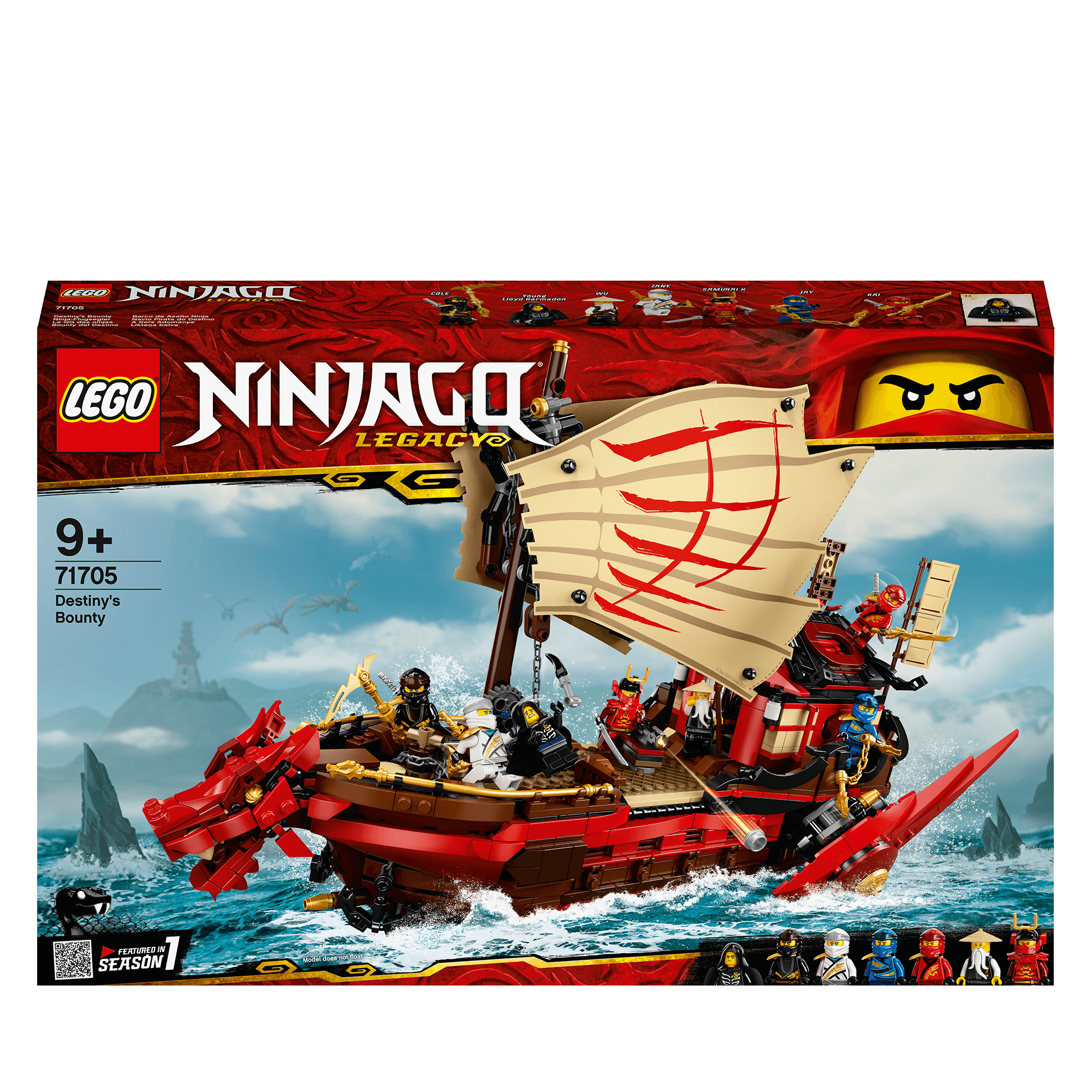 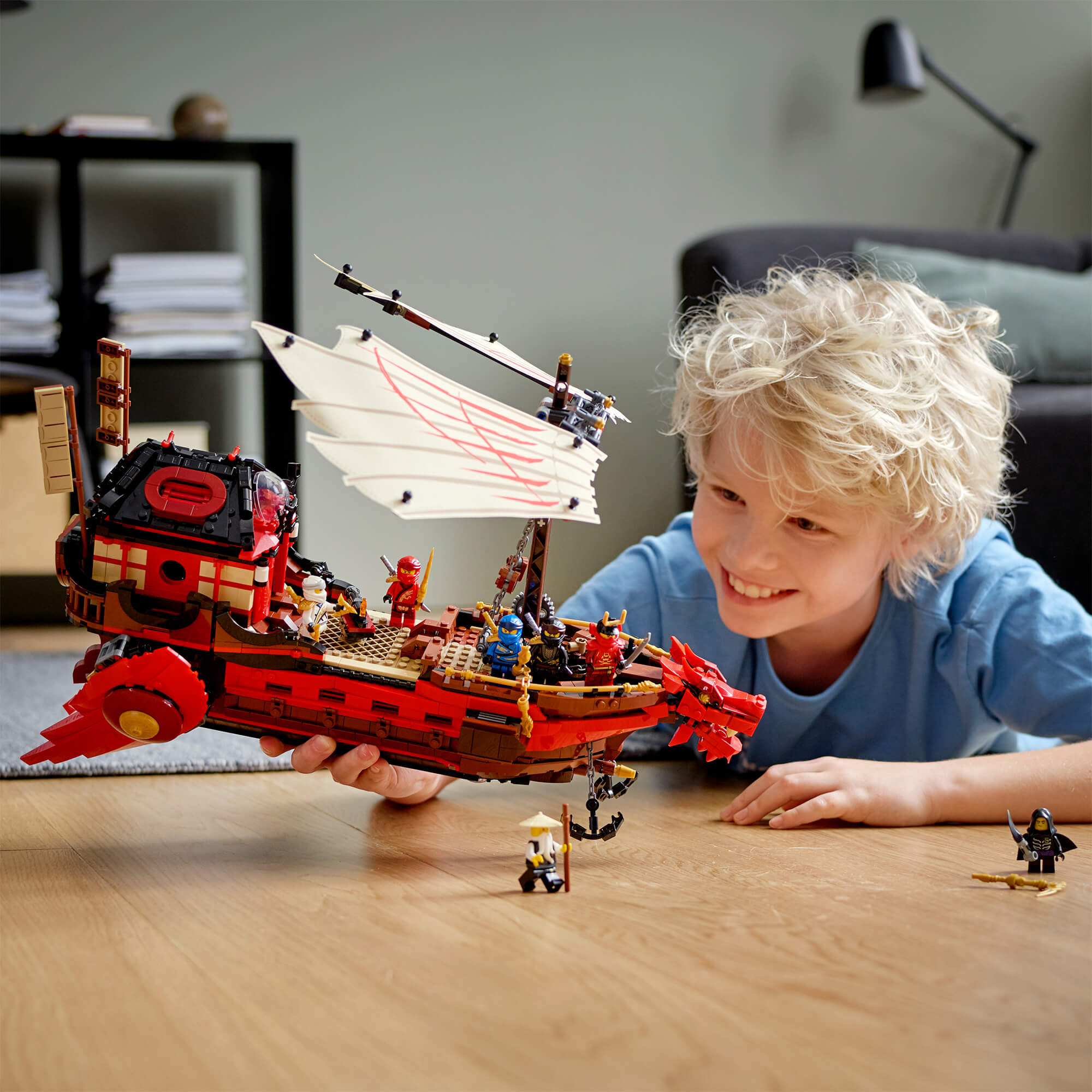 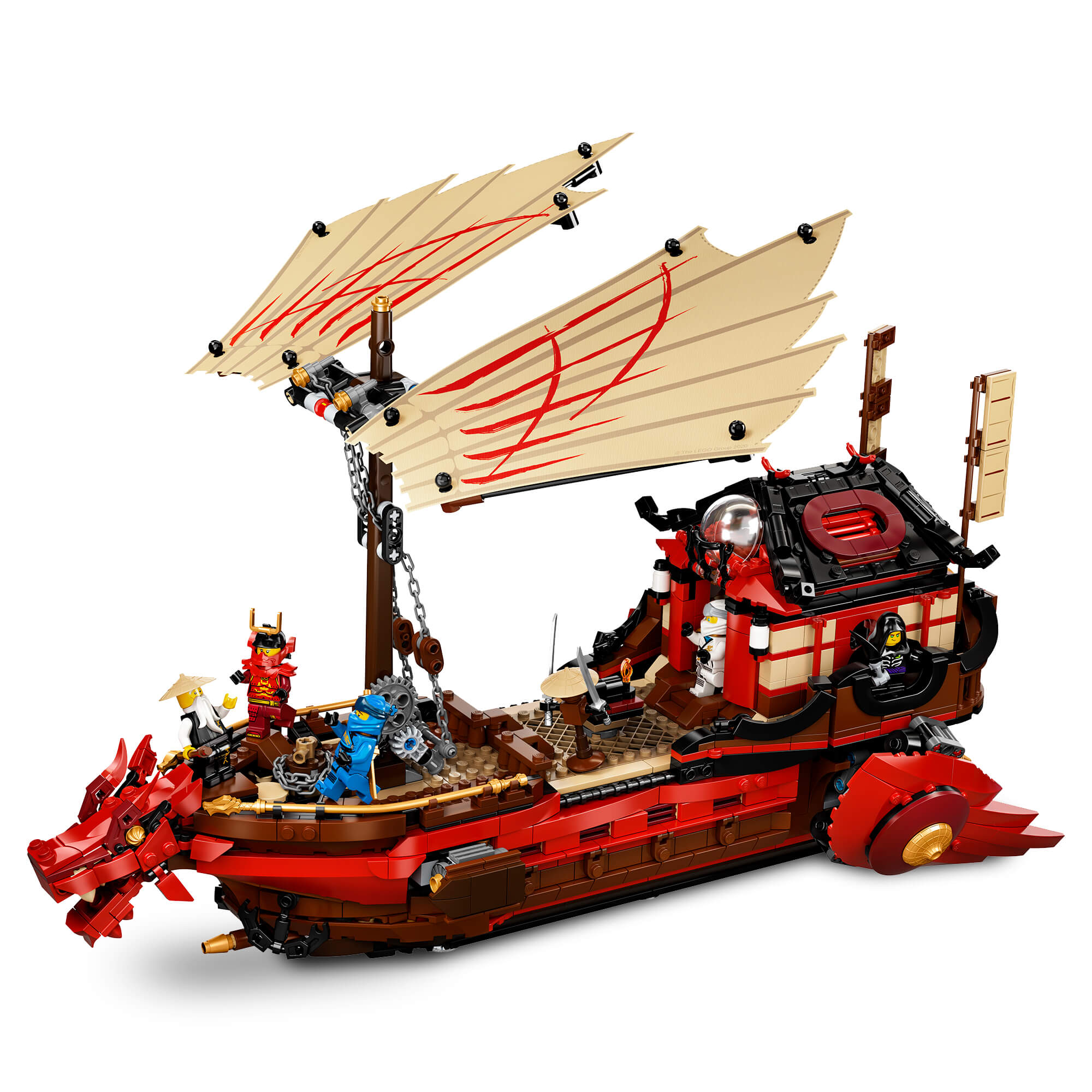 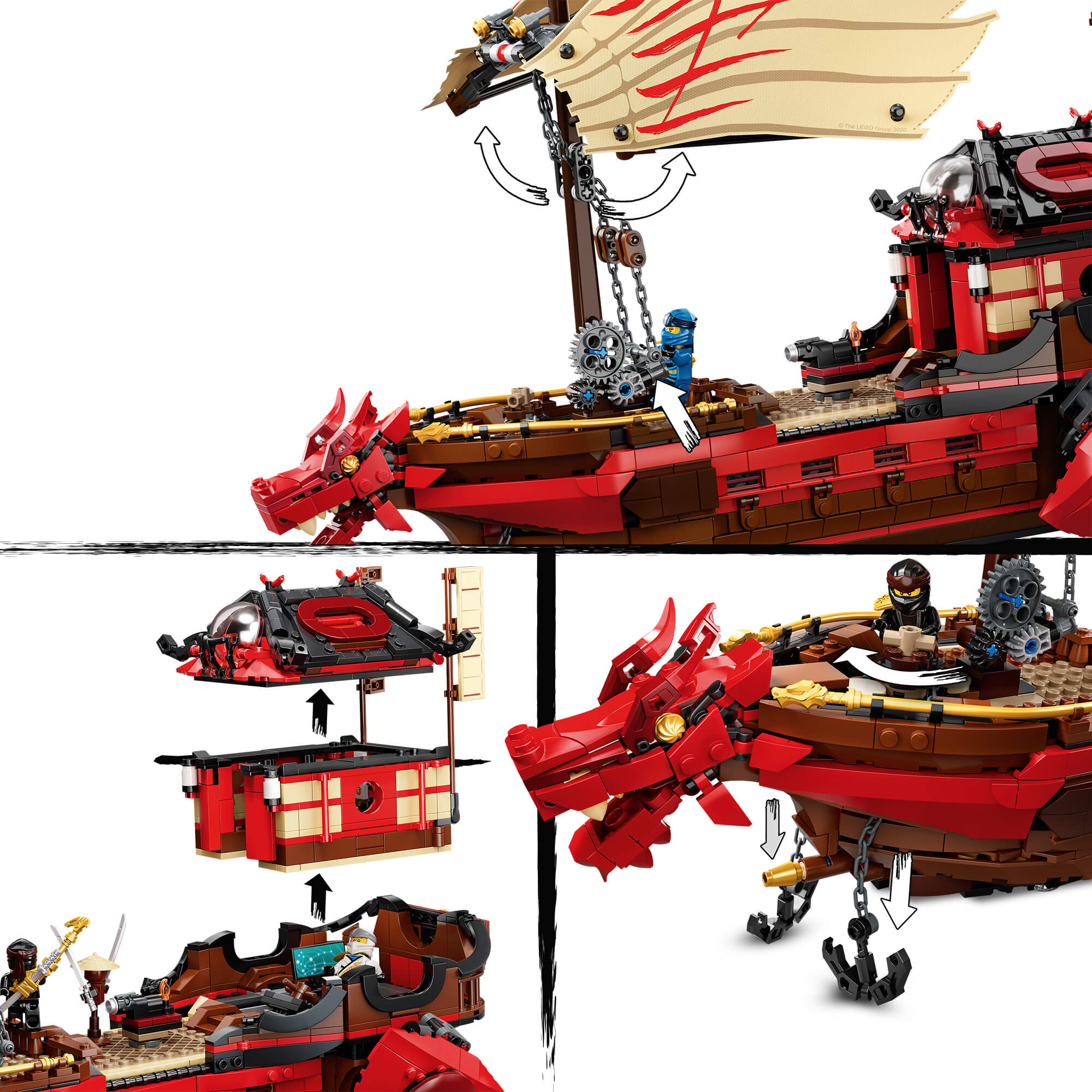 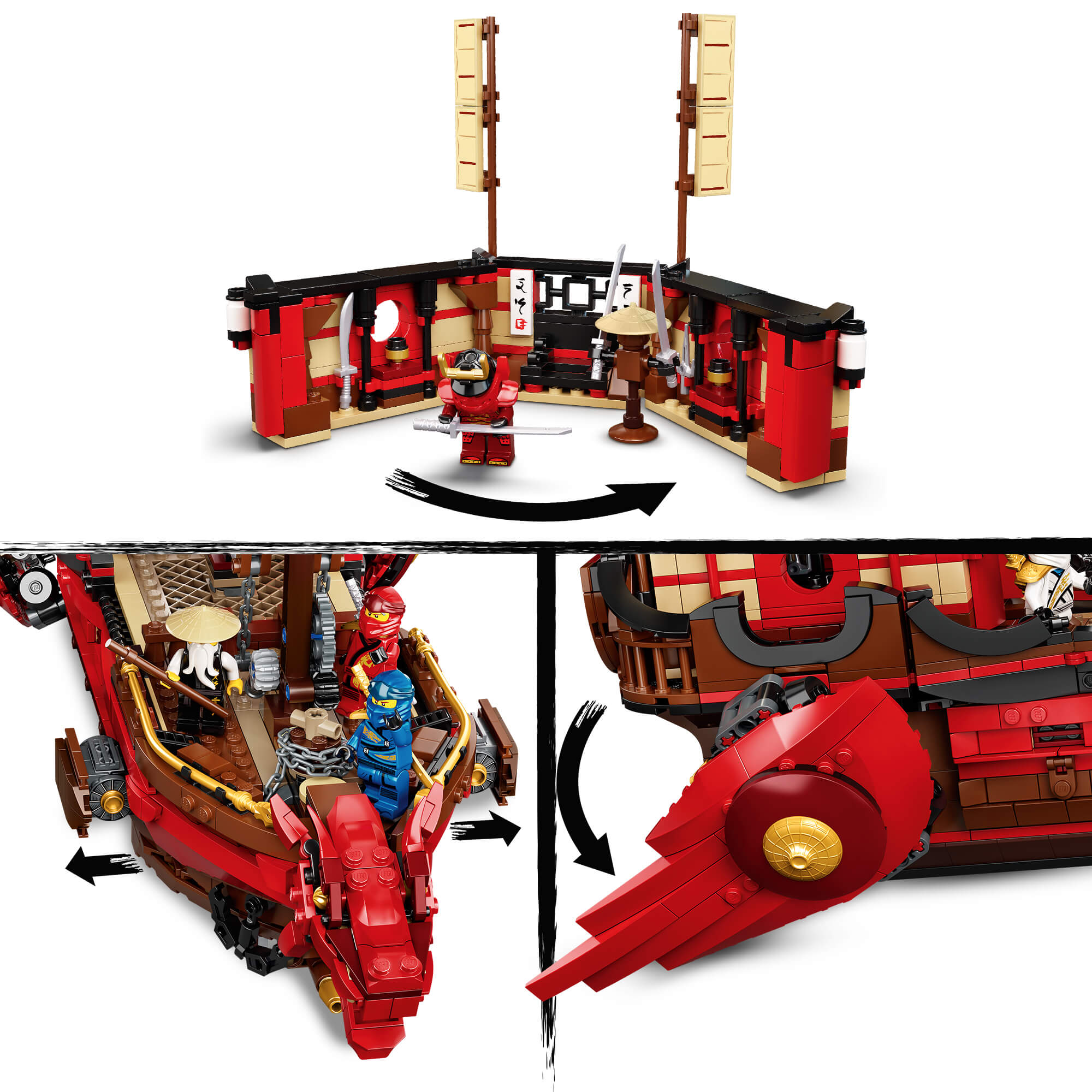 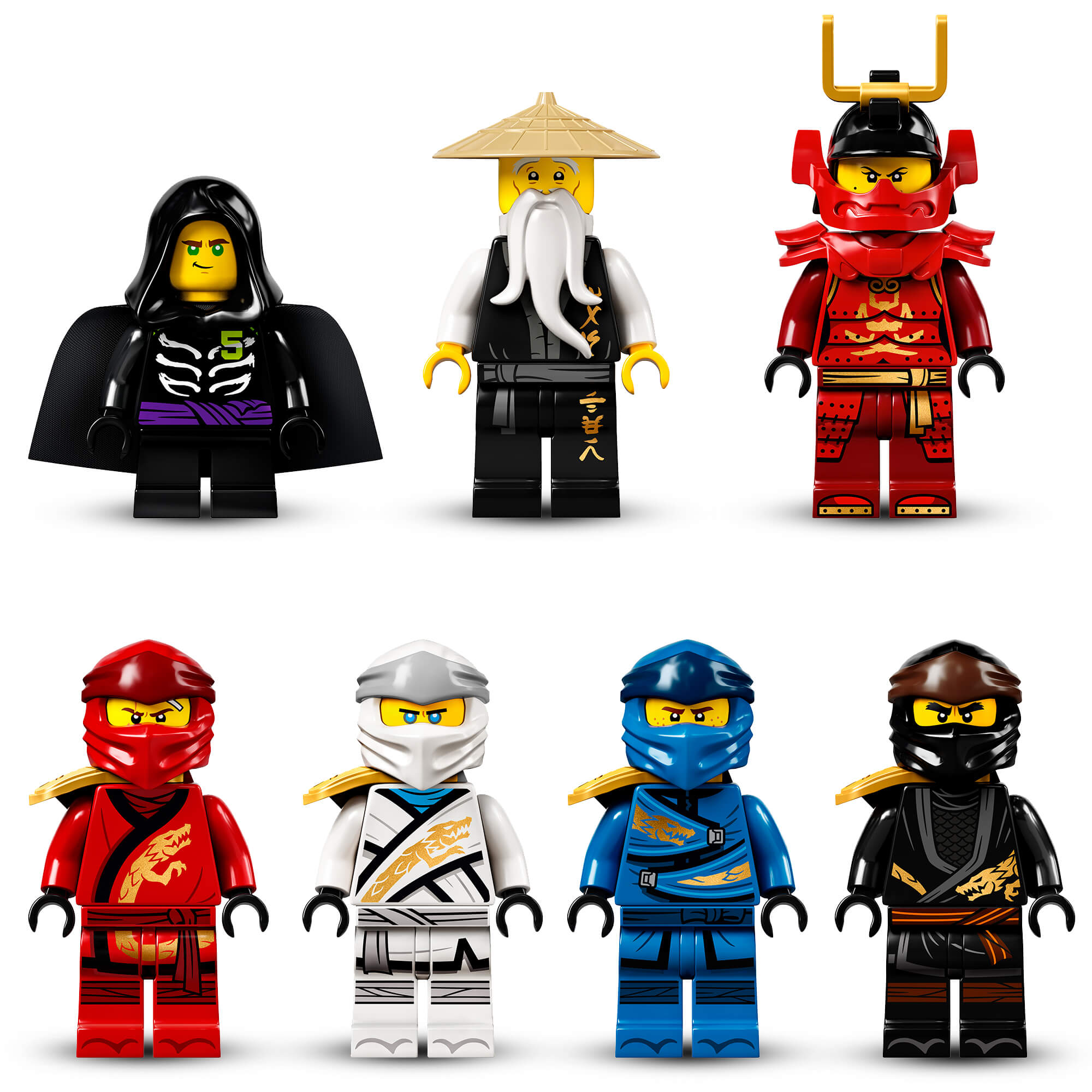 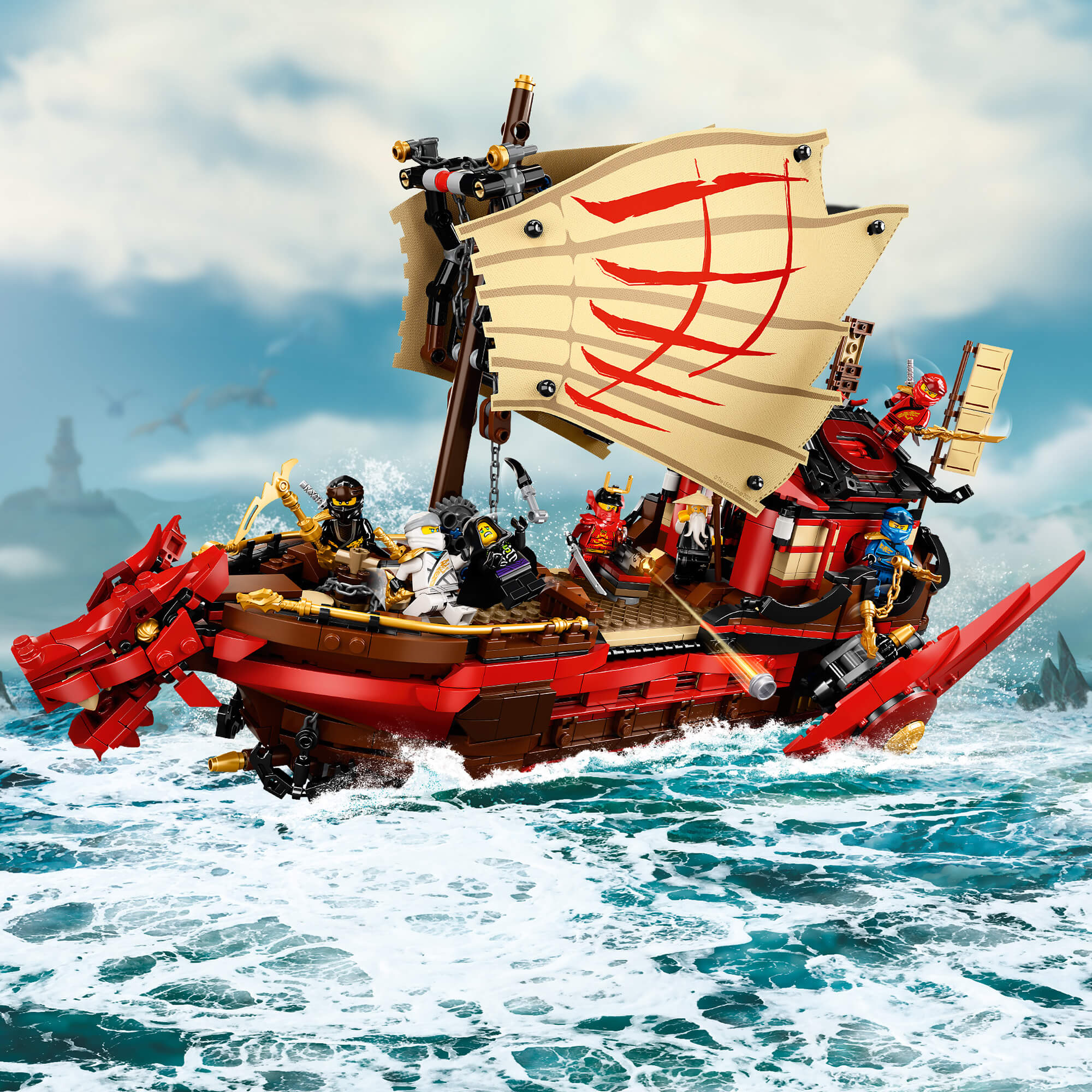 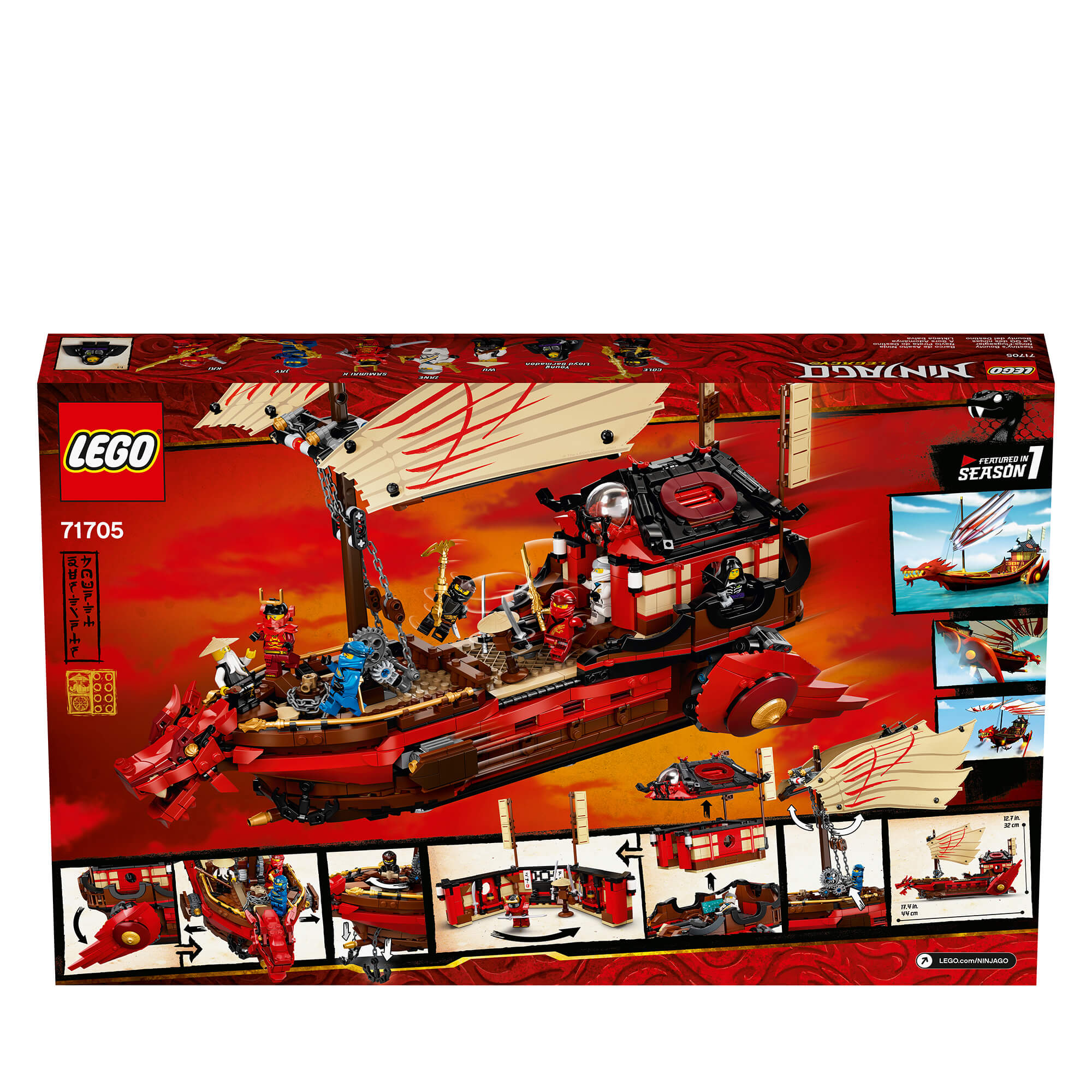 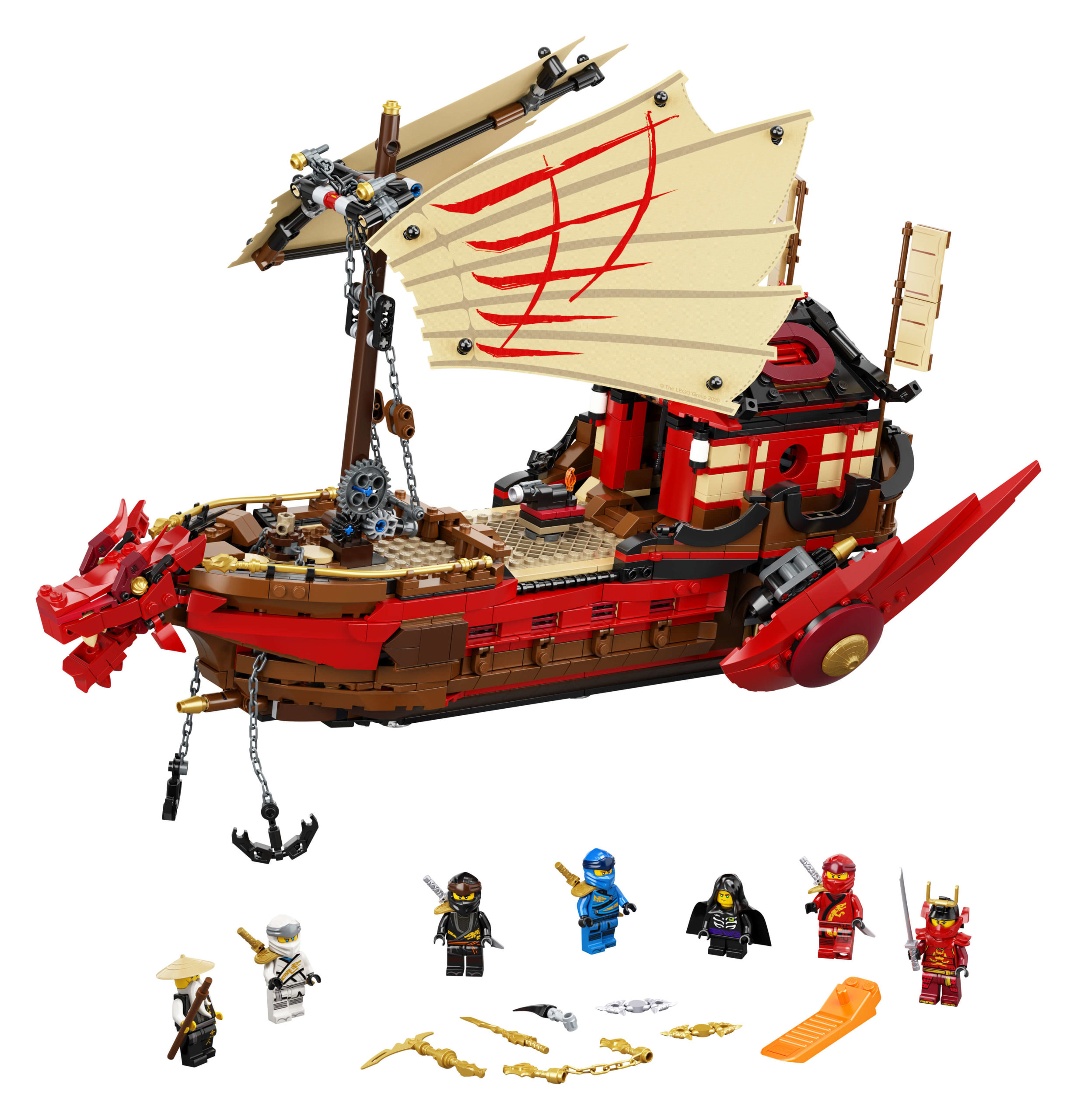 Little ninjas can enjoy plotting their own NINJAGO epic adventures with this action-packed ninja playset, an updated version of the NINJAGO boat from season 1 of the TV series. Kids will love firing up their imaginations with this NINJAGO Destiny’s Bounty set.

LEGO NINJAGO building sets for kids allow them to enter a world of gripping adventure where they can team up with their ninja heroes to take down an array of evil villains. NINJAGO fans will be captivated with a range of playsets, boats, cars, dragons, temples and buildable figures.