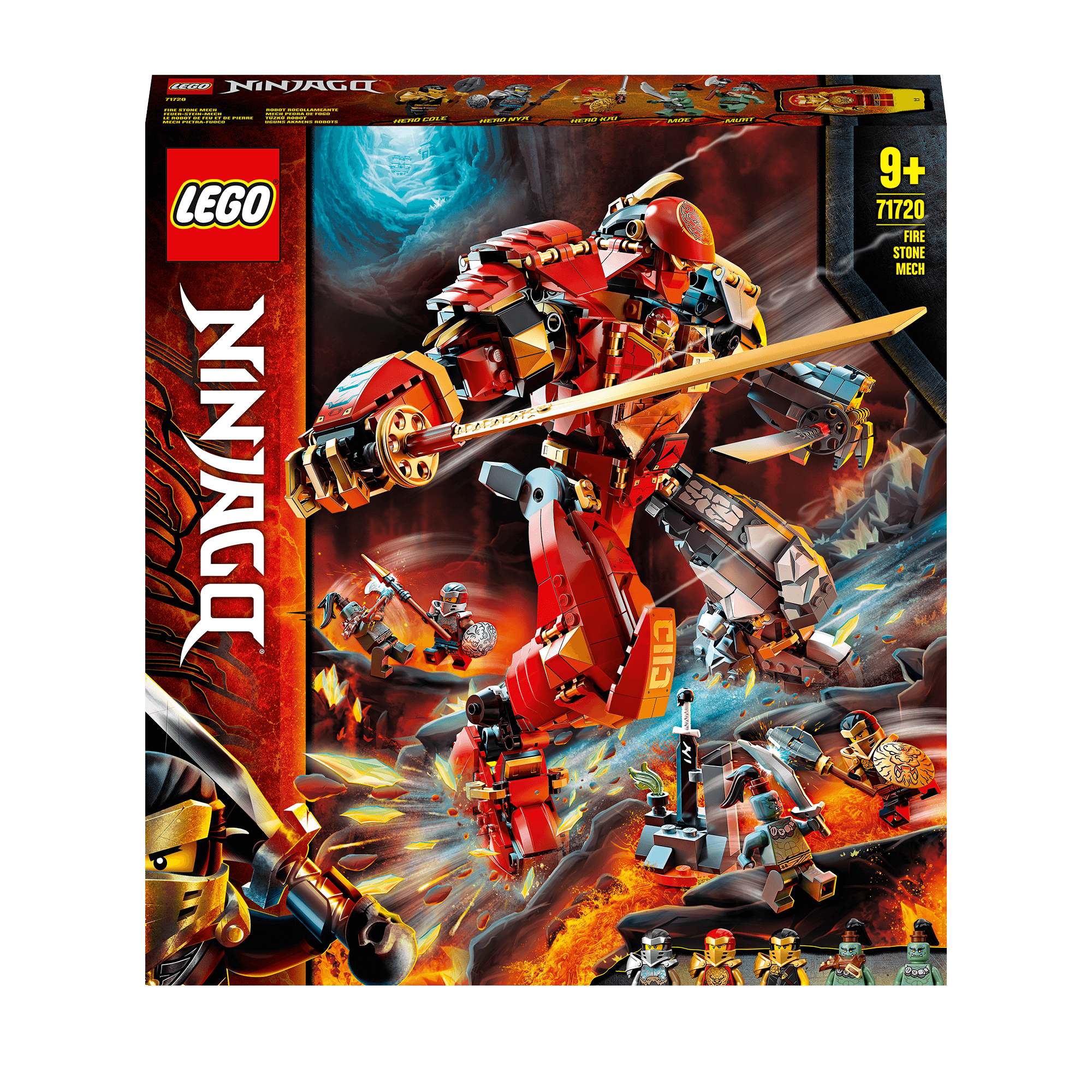 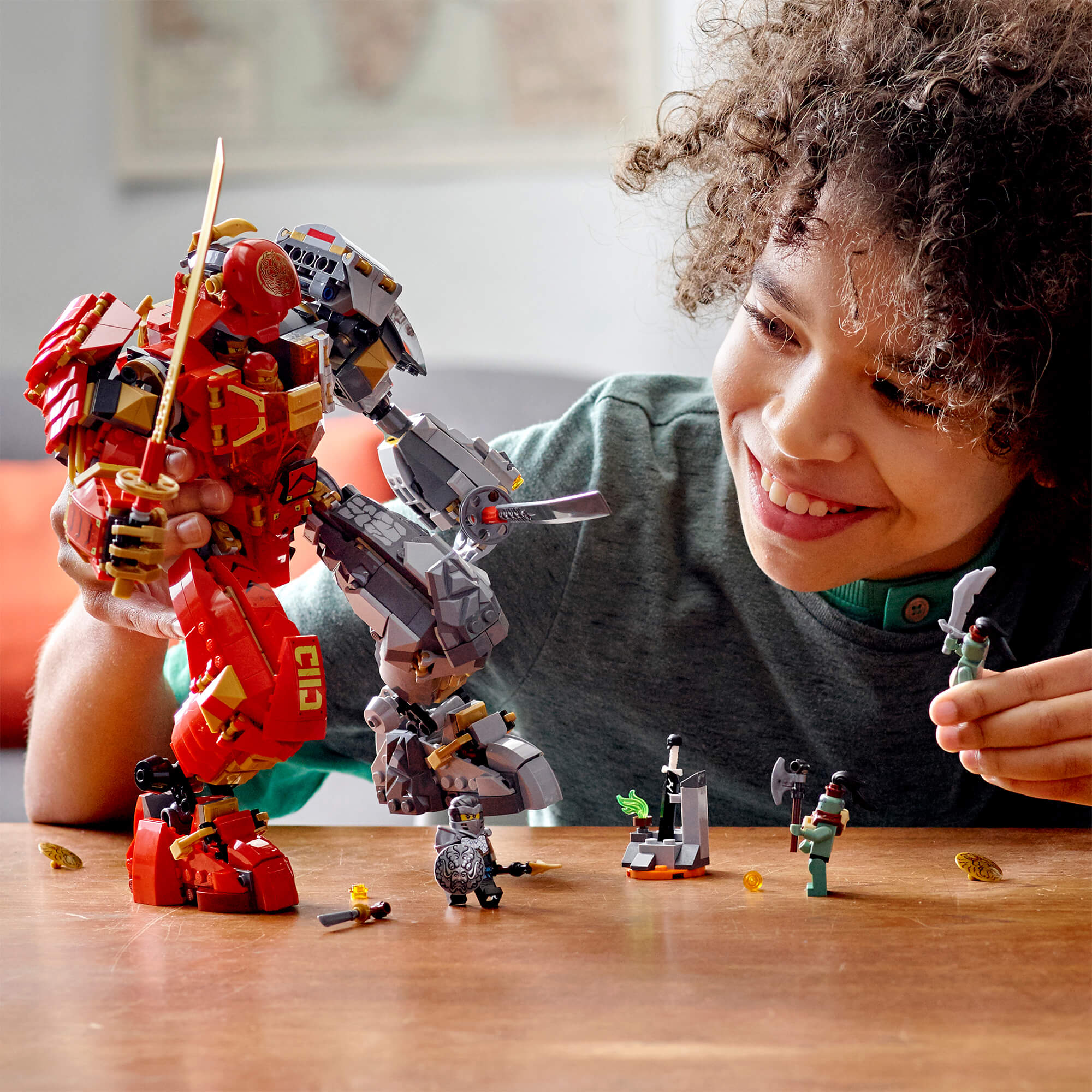 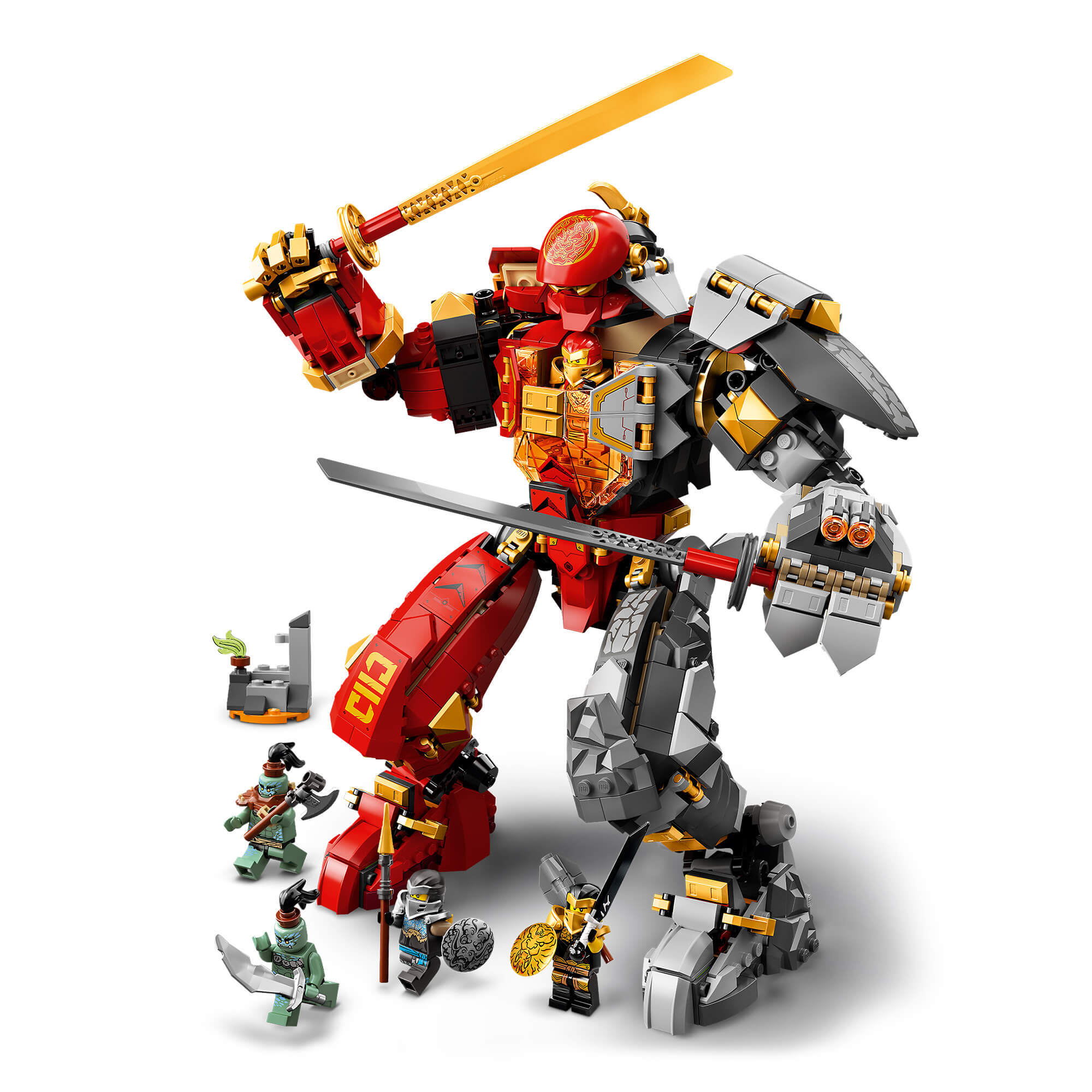 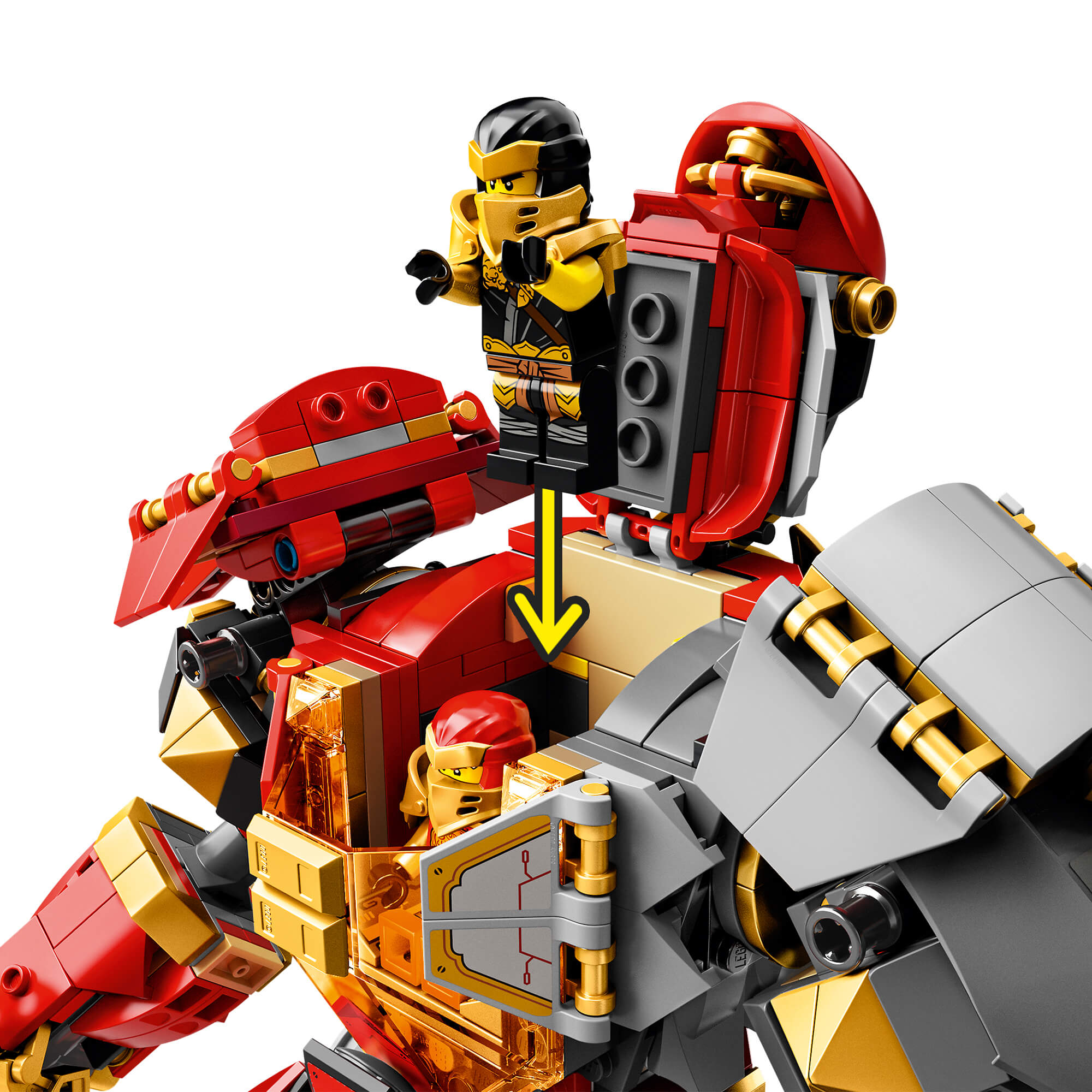 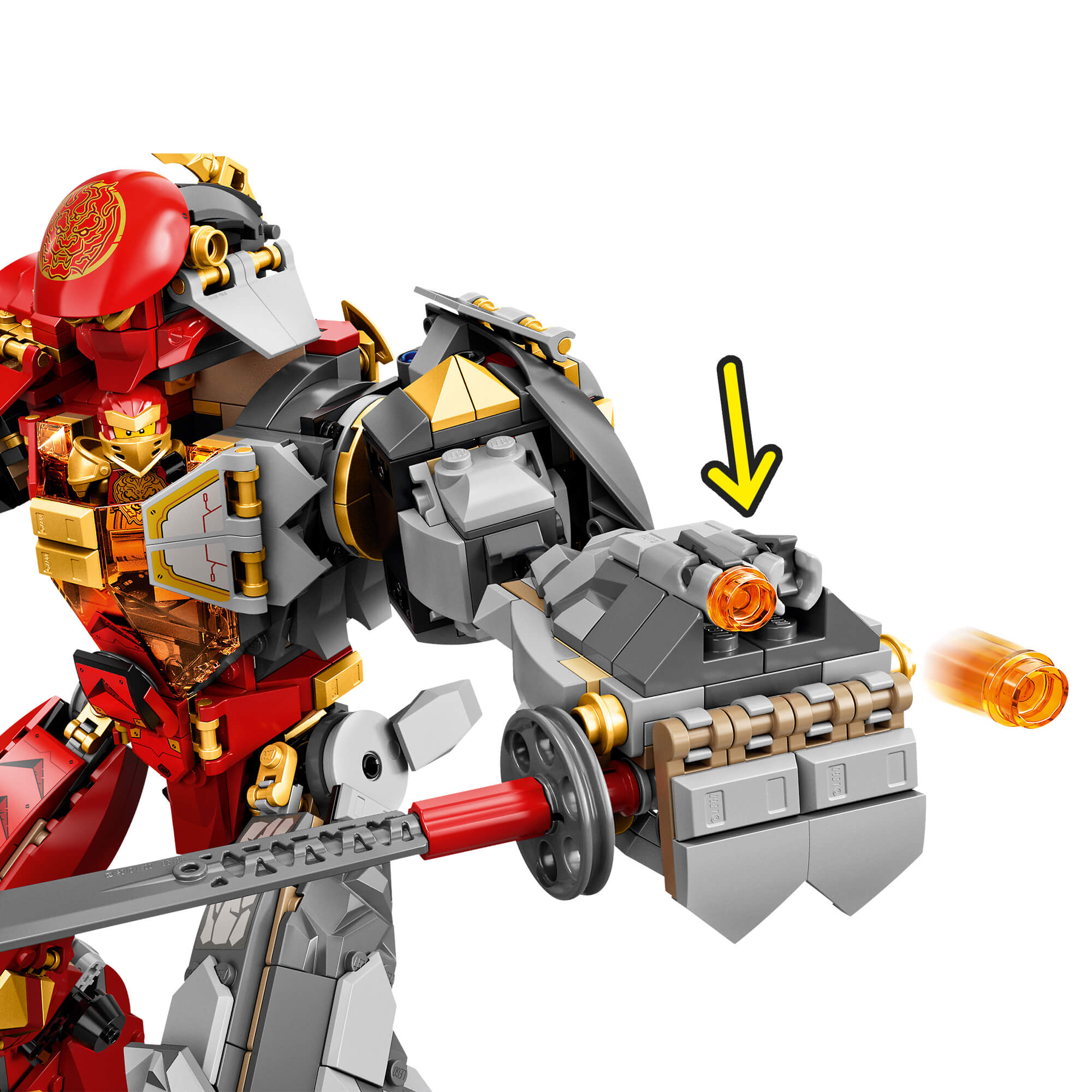 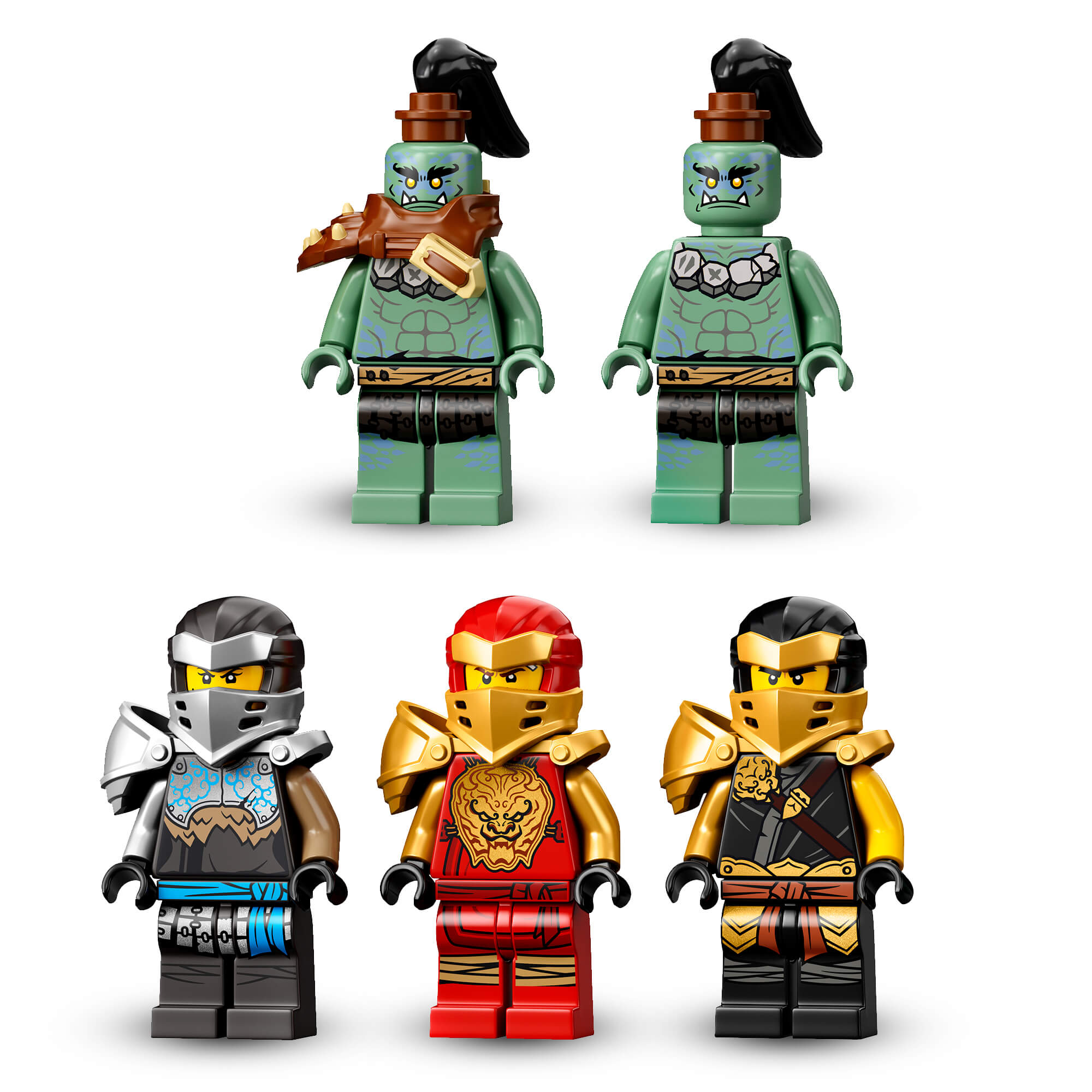 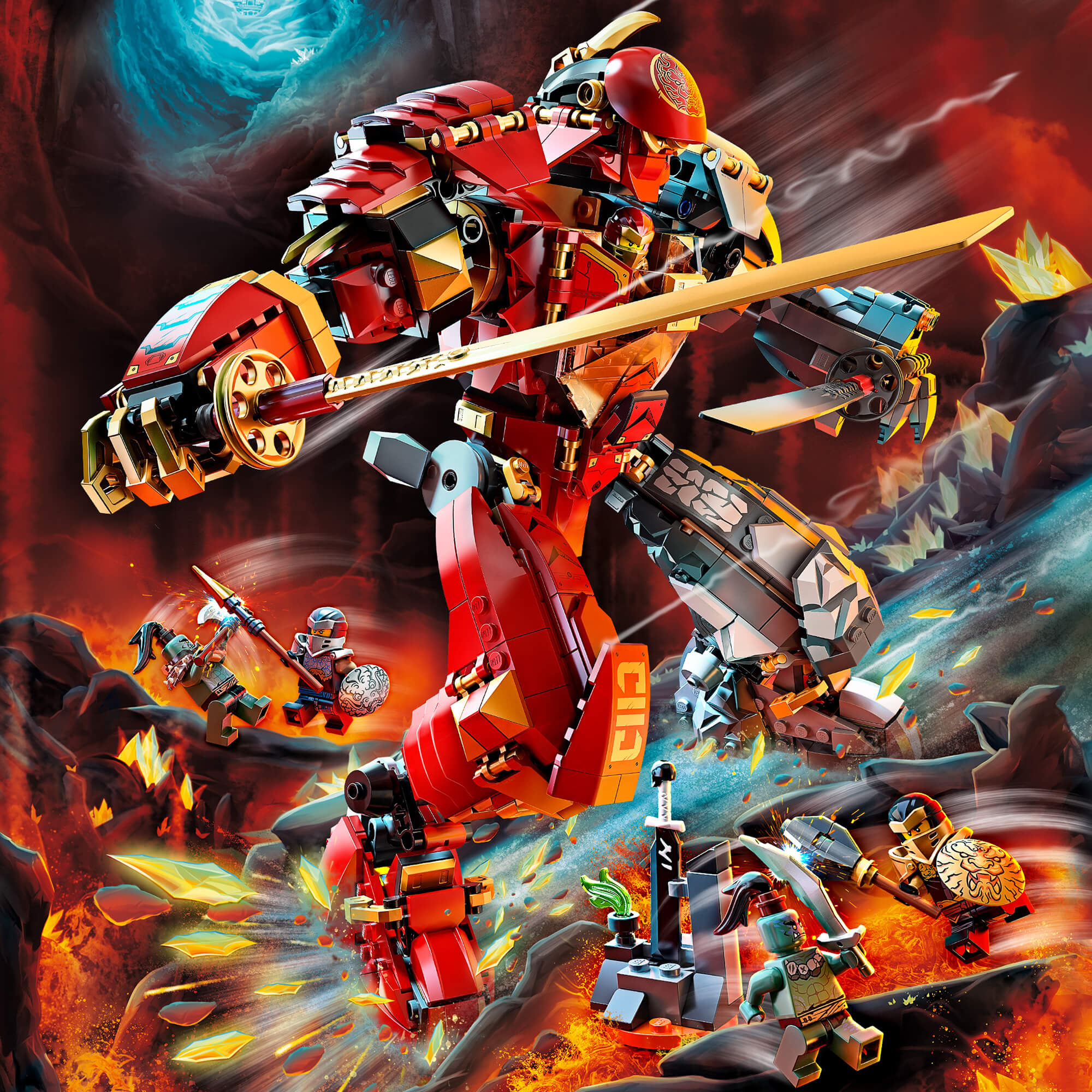 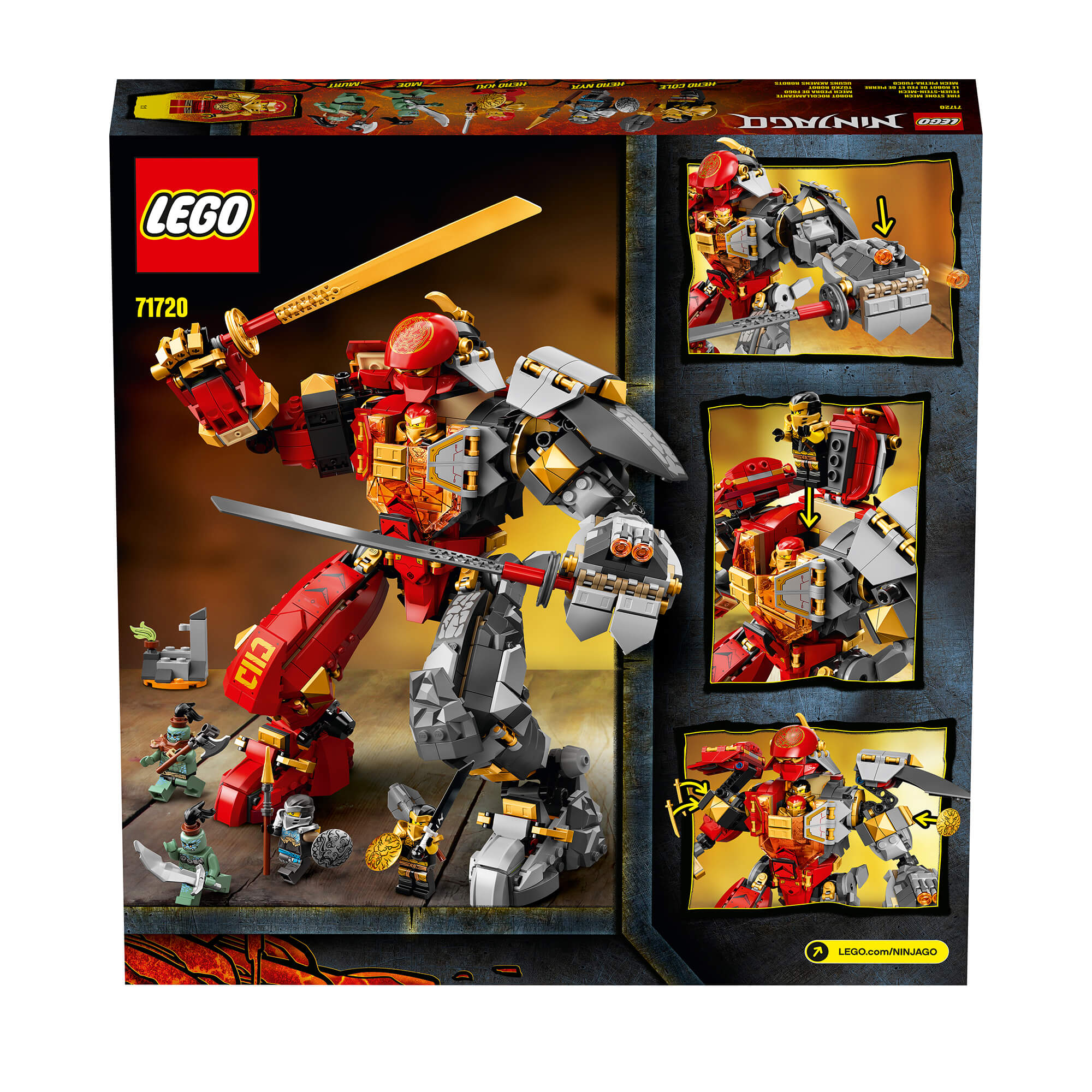 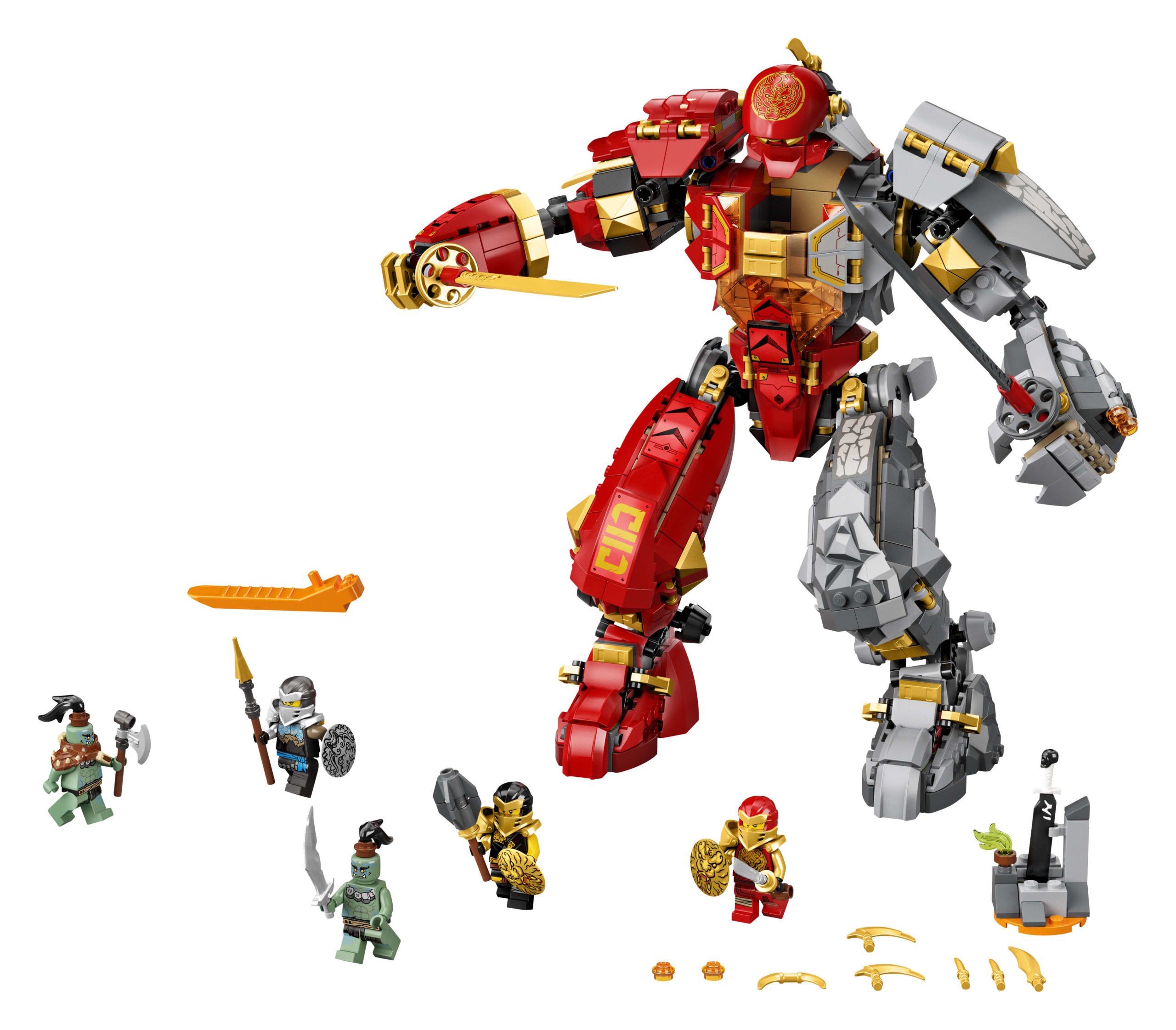 This LEGO NINJAGO Fire Stone Mech (71720) playset with 5 minifigures is perfect for fans of ninja toys and building sets for kids. Youngsters will love putting together the fire ninja mech and figures to play out action-packed scenes from the NINJAGO TV series.

This stunning and detailed LEGO mech set offers kids a world of possibilities so they can enjoy hours of engrossing action. They can place two ninjas in the cockpit of the highly posable mech as it storms into battle against enemies Murt and Moe, smashing its way out from the bowels of Shintaro Mountain.

LEGO NINJAGO mech sets offer youngsters a gateway into a world of fantasy fun where they can indulge in creative adventures as they role-play stories with buildable figures. Your little ninja will be enthralled as they play with a range of action toys, including cars, jets, dragons and more.