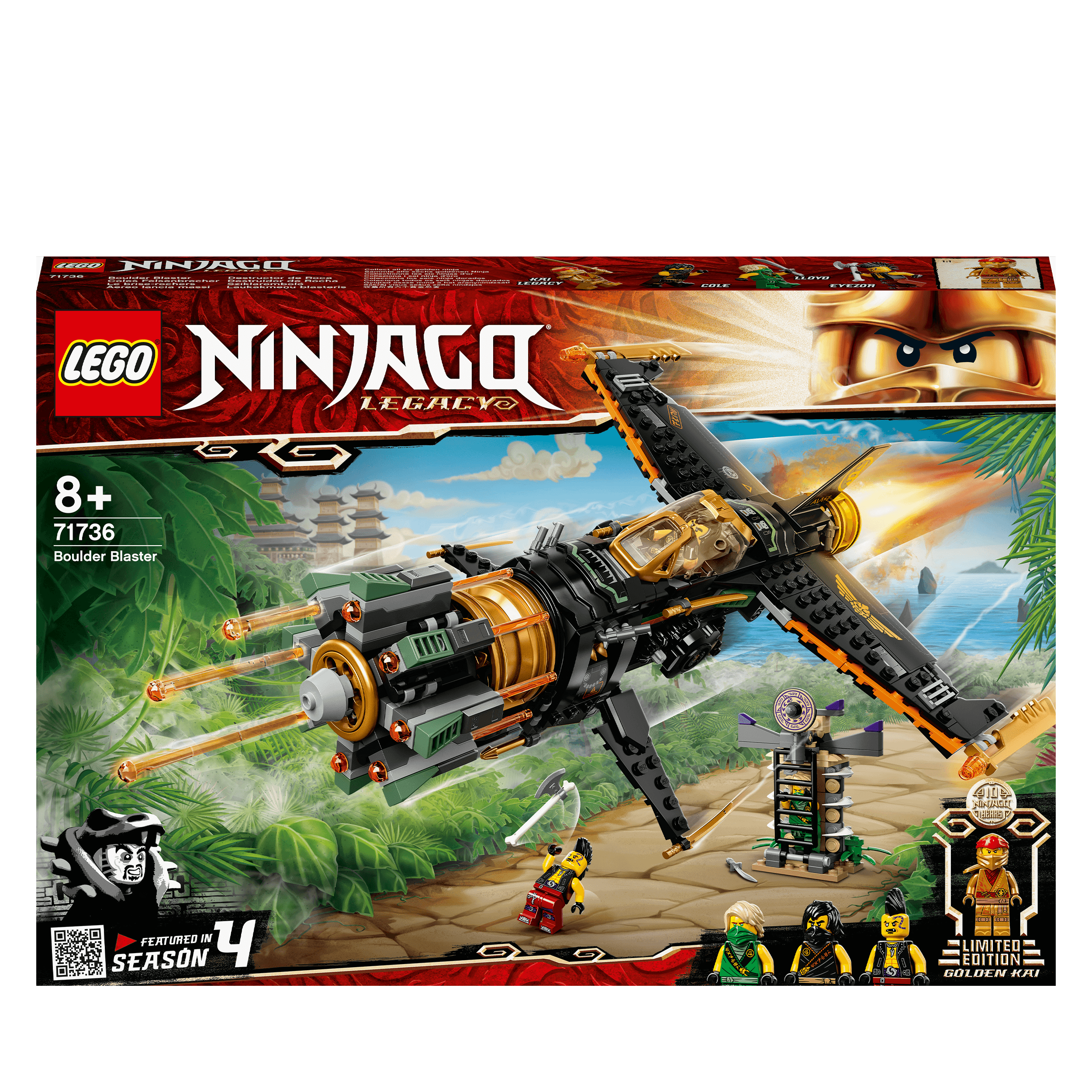 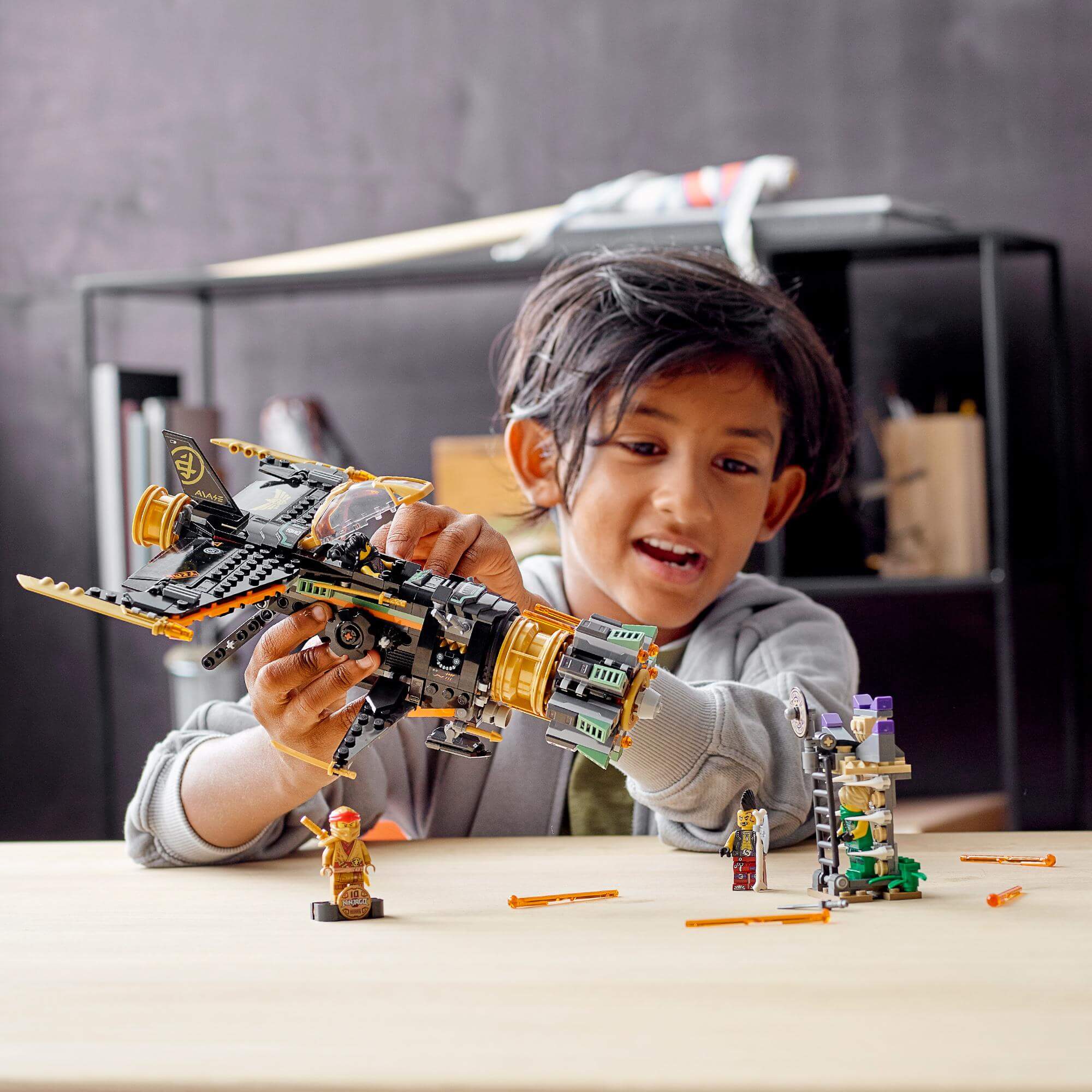 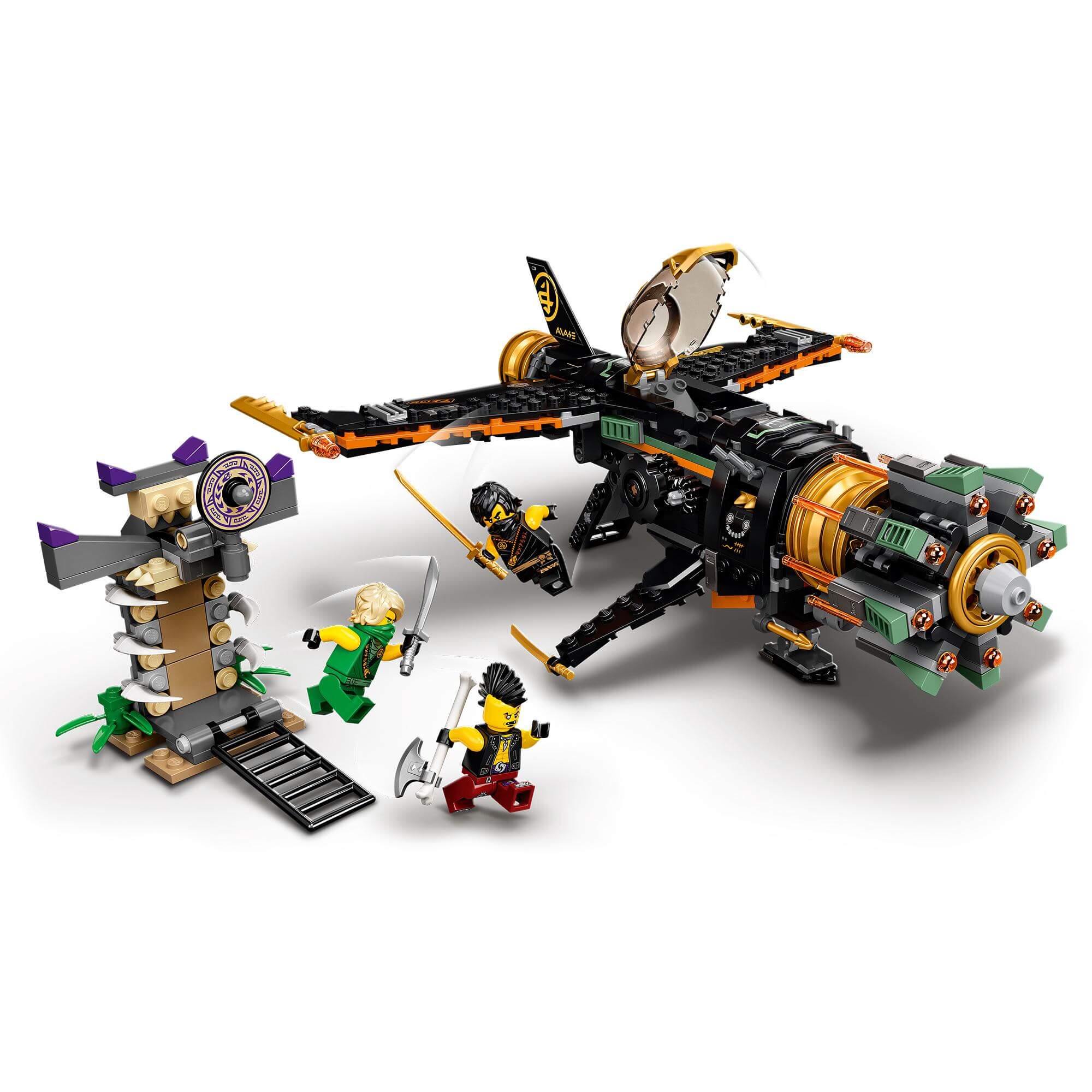 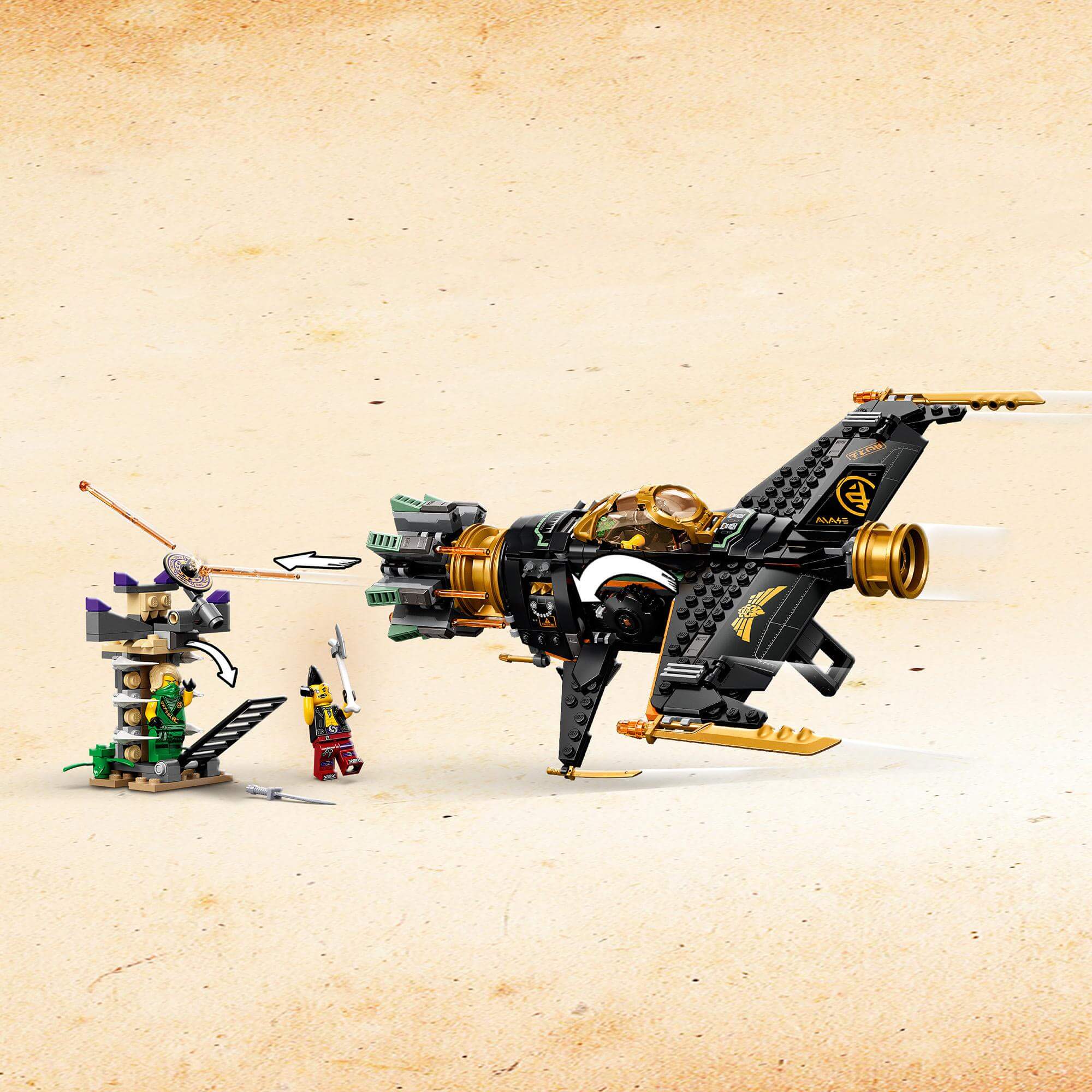 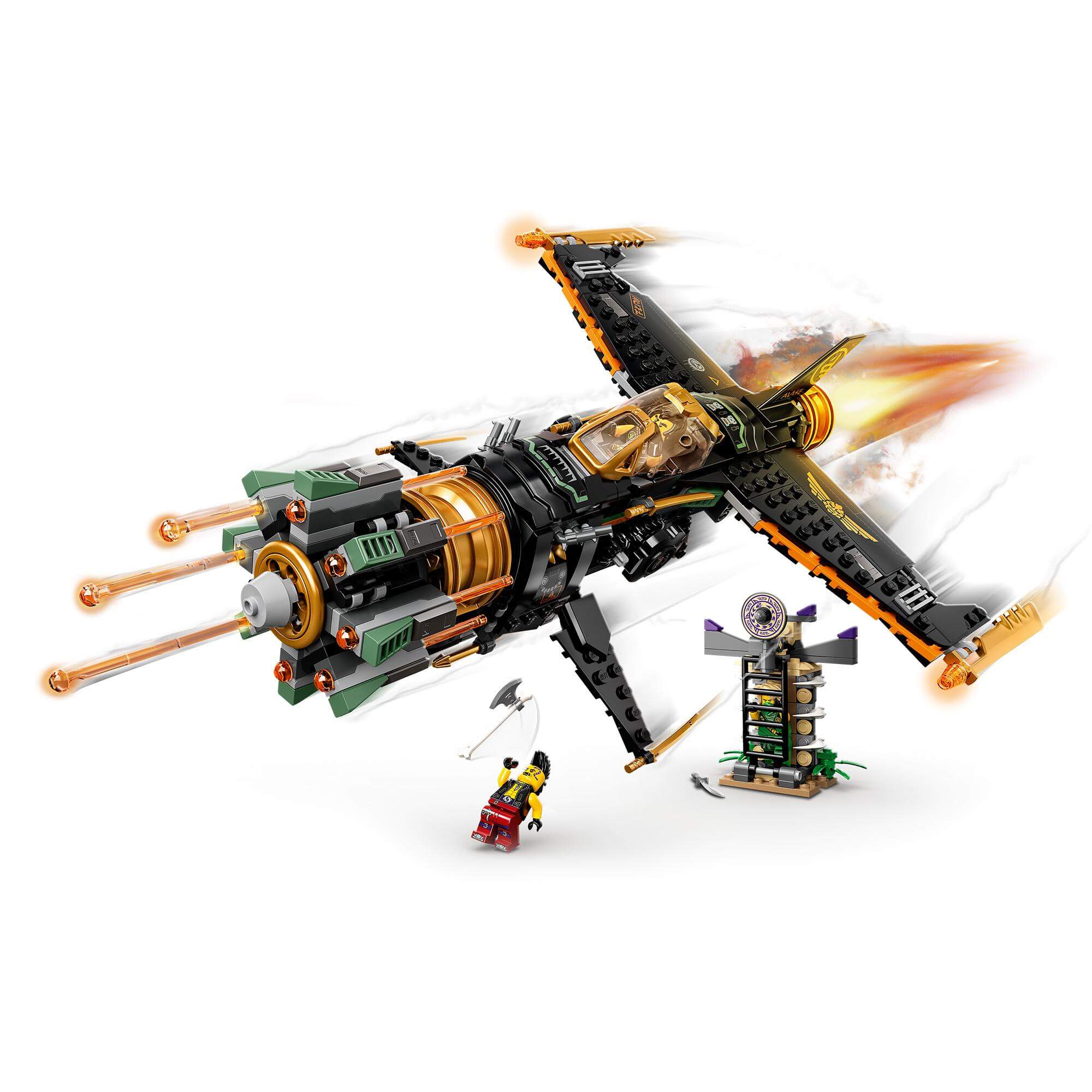 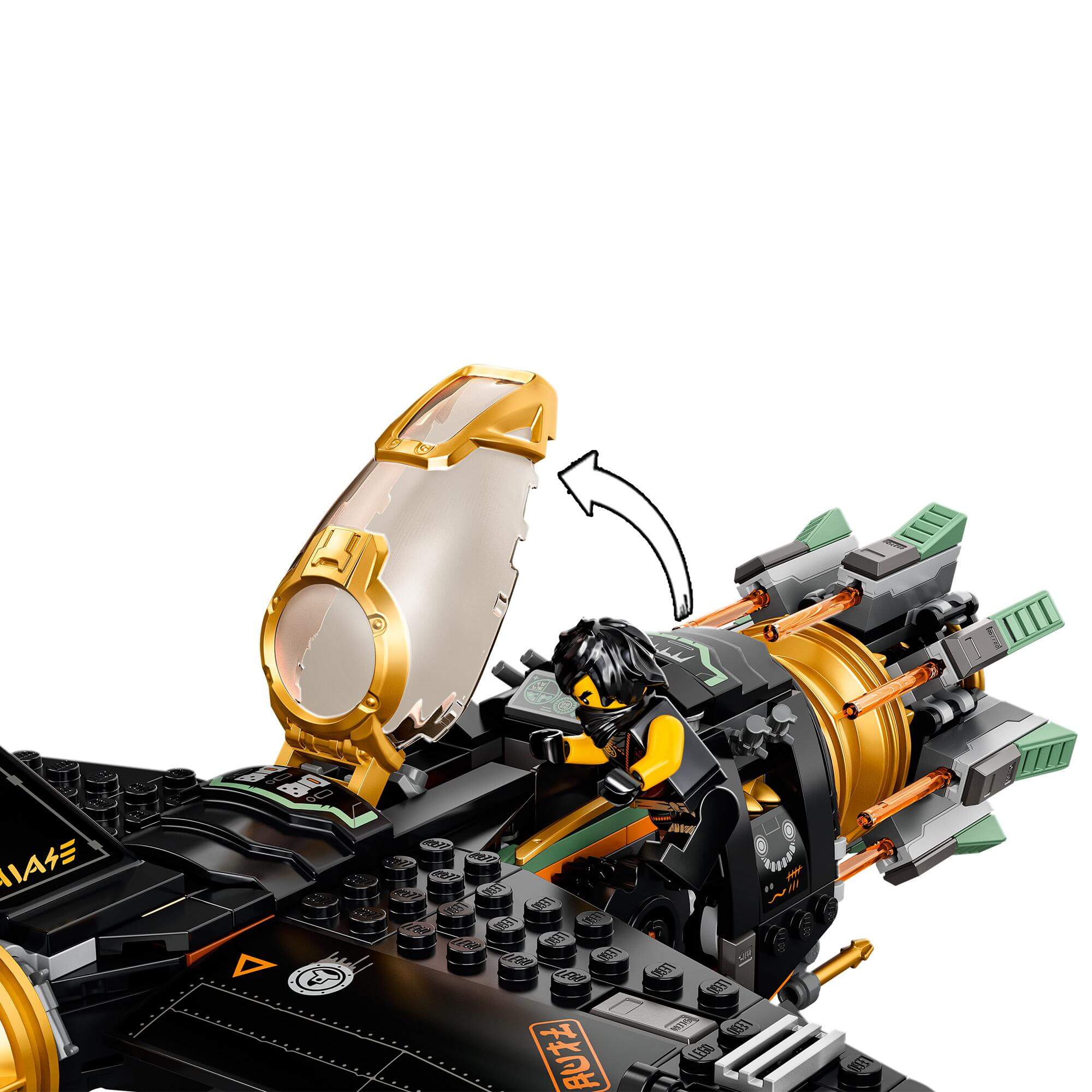 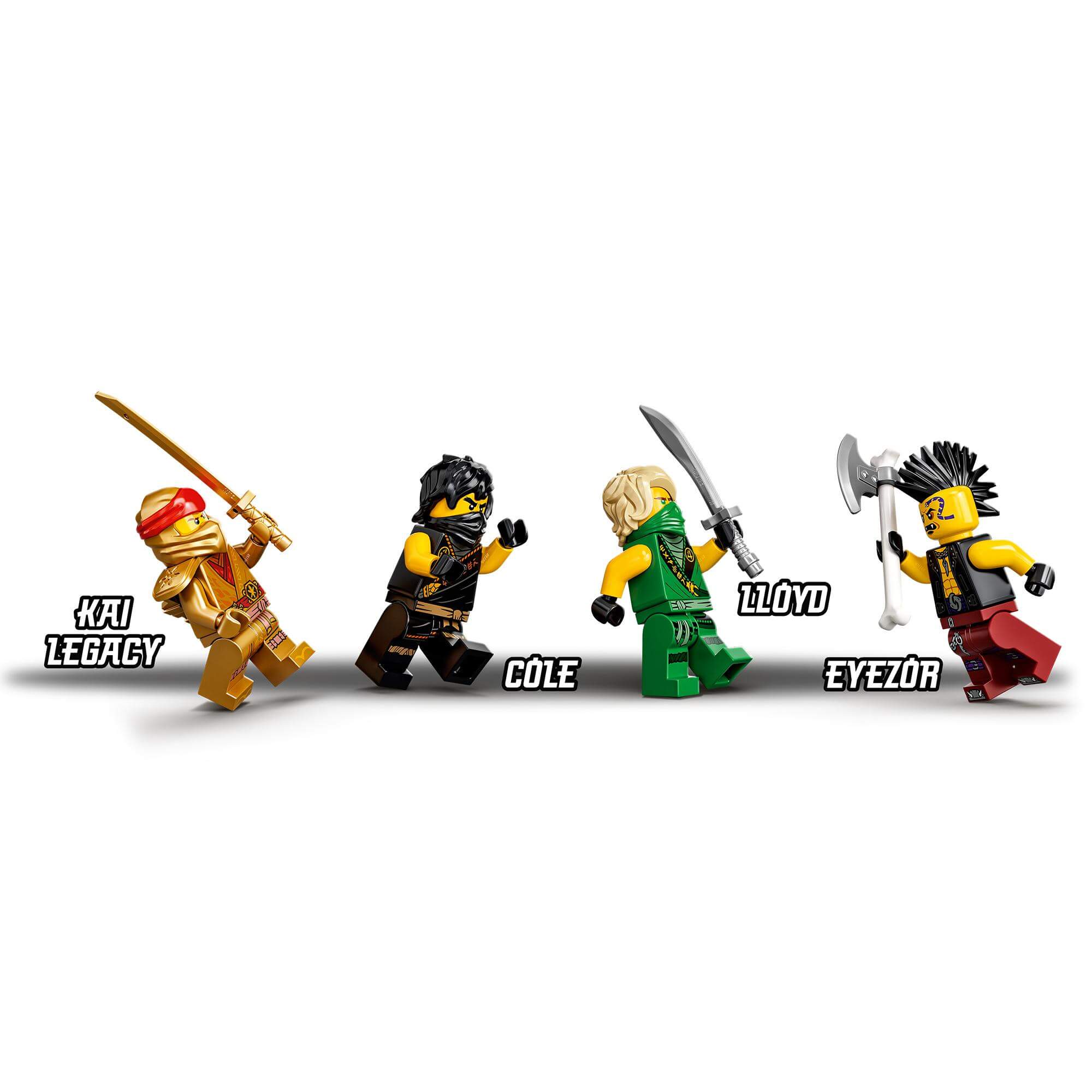 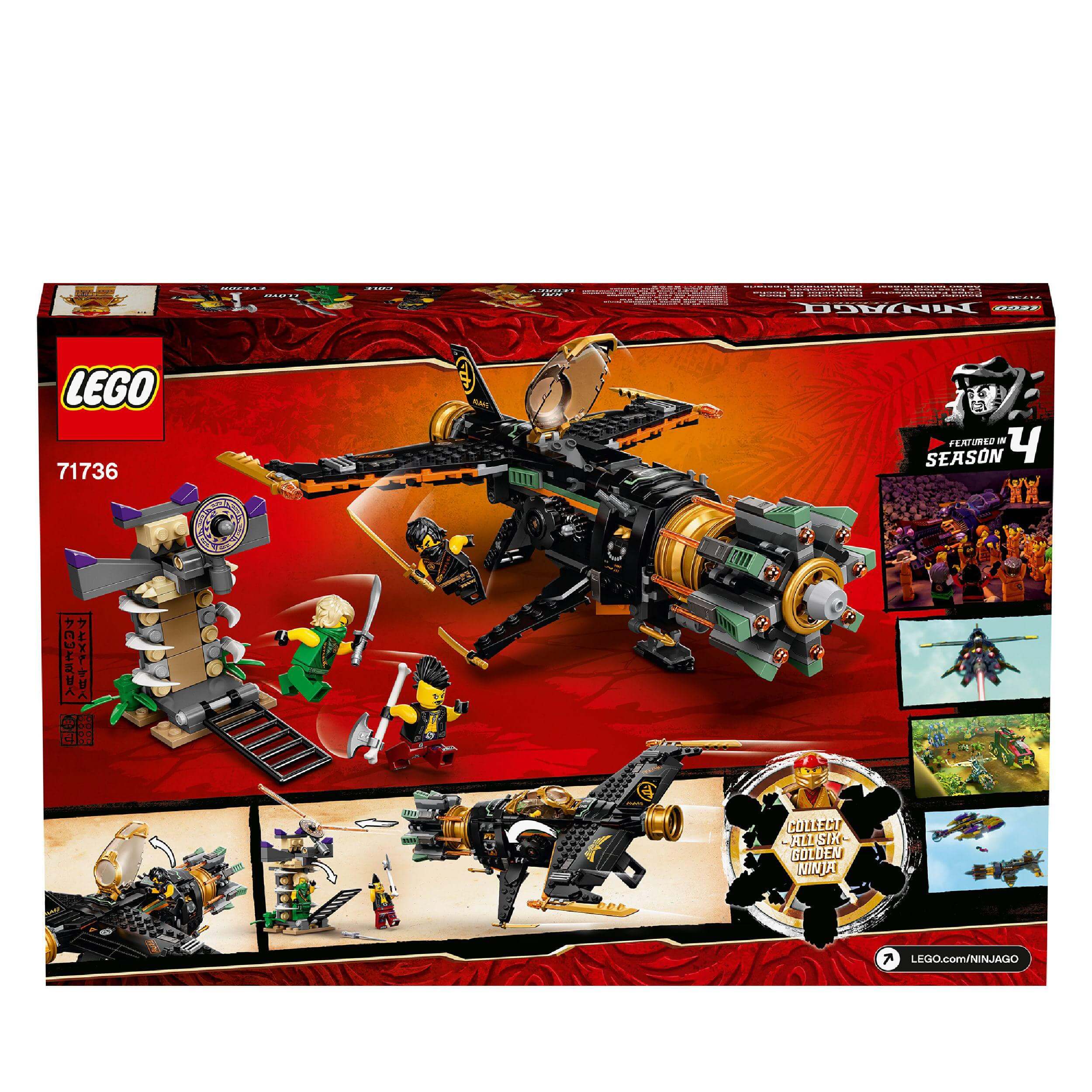 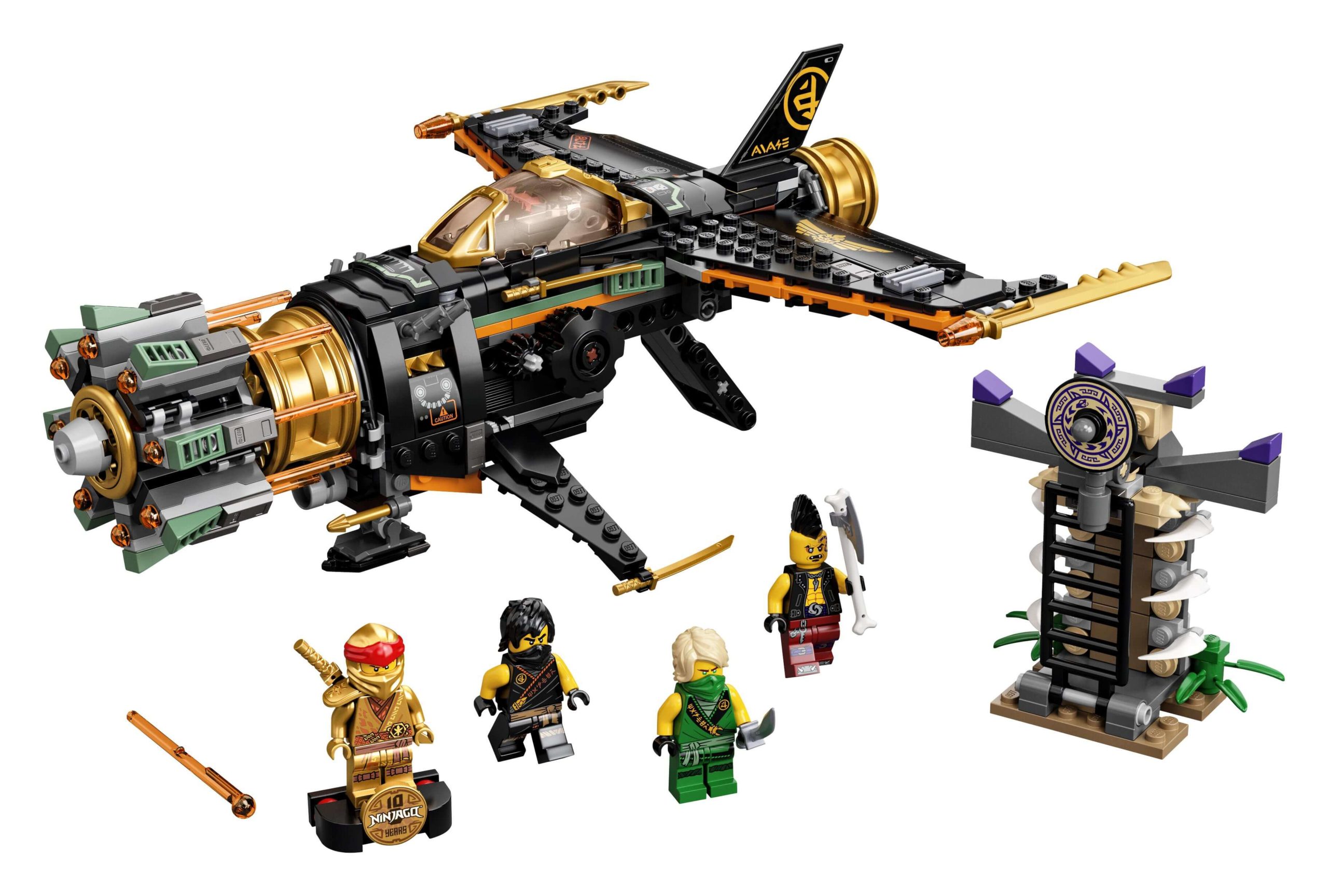 Ninja fans will be thrilled with this modern update of the Boulder Blaster (71736) shooting aeroplane to stage exhilarating battles from season 4 of the LEGO NINJAGO TV series. The aeroplane toy has 8 spring-loaded shooters on its rotating front to aim rapid fire at the evil Eyezor or at the prison building to release the captured Lloyd.

This ninja toy features 4 minifigures: ninjas Cole, Lloyd and Kai Legacy and their enemy Eyezor to give kids everything they need to create fast-moving adventures. New for January 2021, Kai Legacy is a never-seen-before golden collectible figure with a stand to celebrate 10 years of NINJAGO playsets.

LEGO NINJAGO playsets offer kids the key to a world of exciting adventure. NINJAGO fans can team up with their heroes to learn life skills and battle dangerous enemies as they roleplay with an amazing collection of ninja toys including dragons, jets and temples.