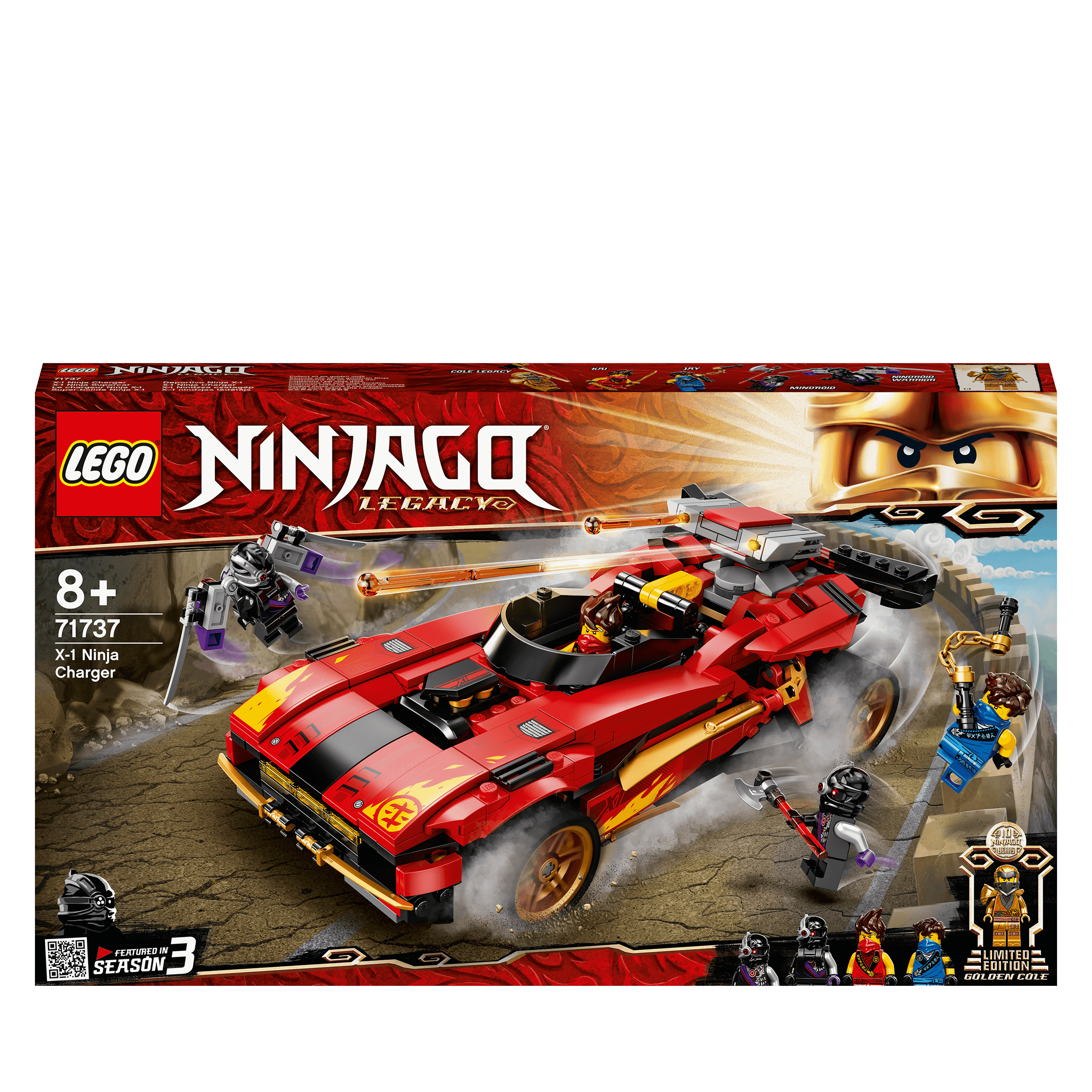 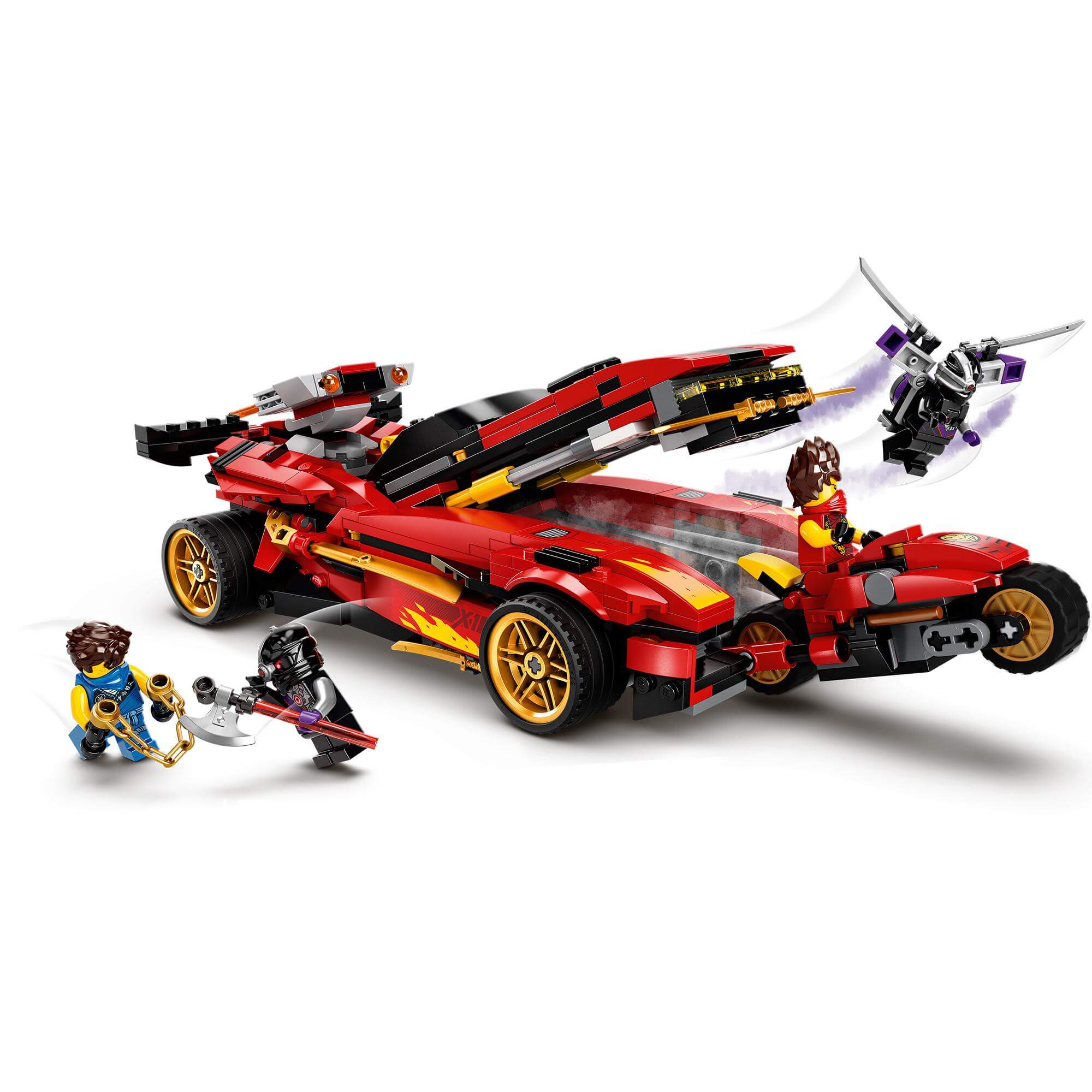 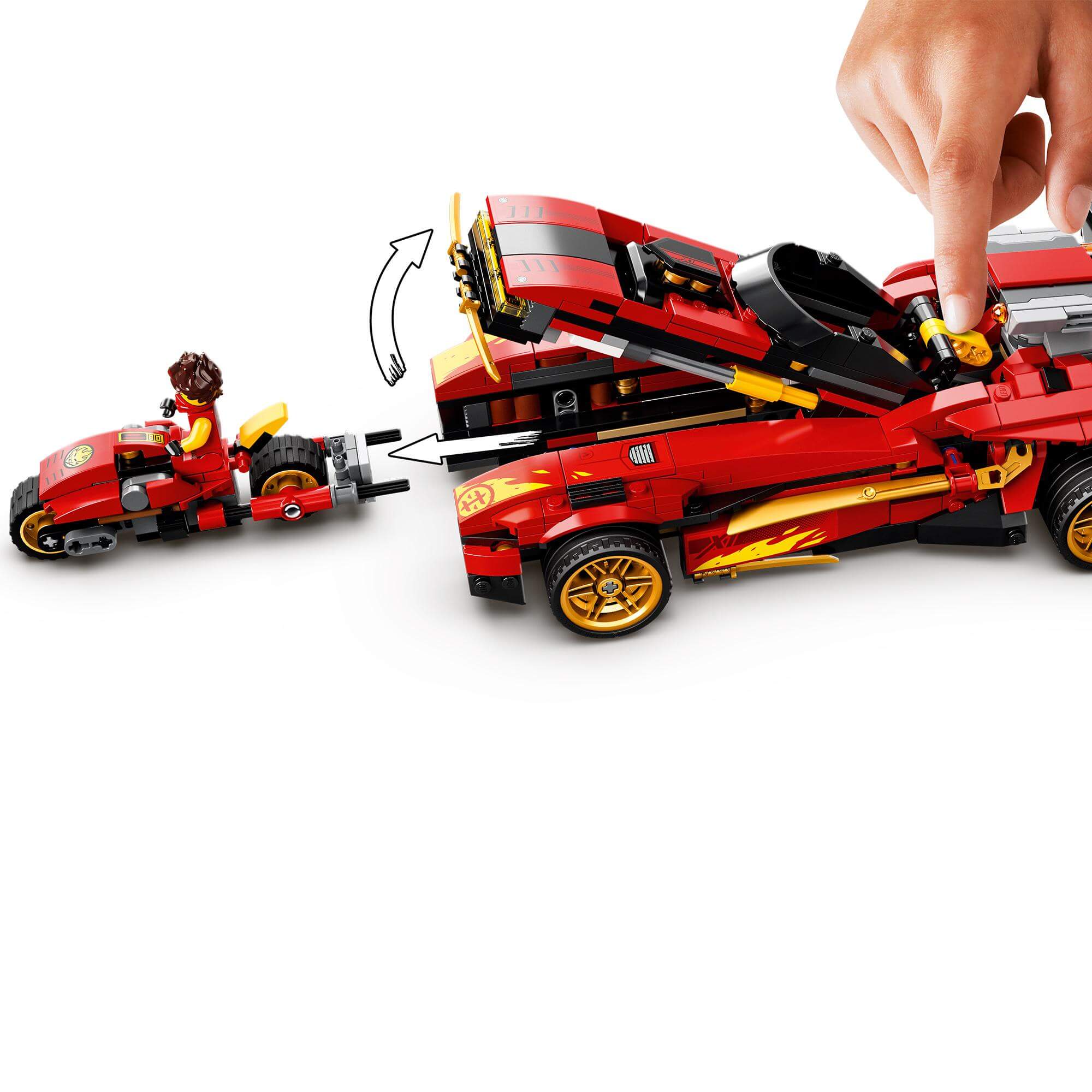 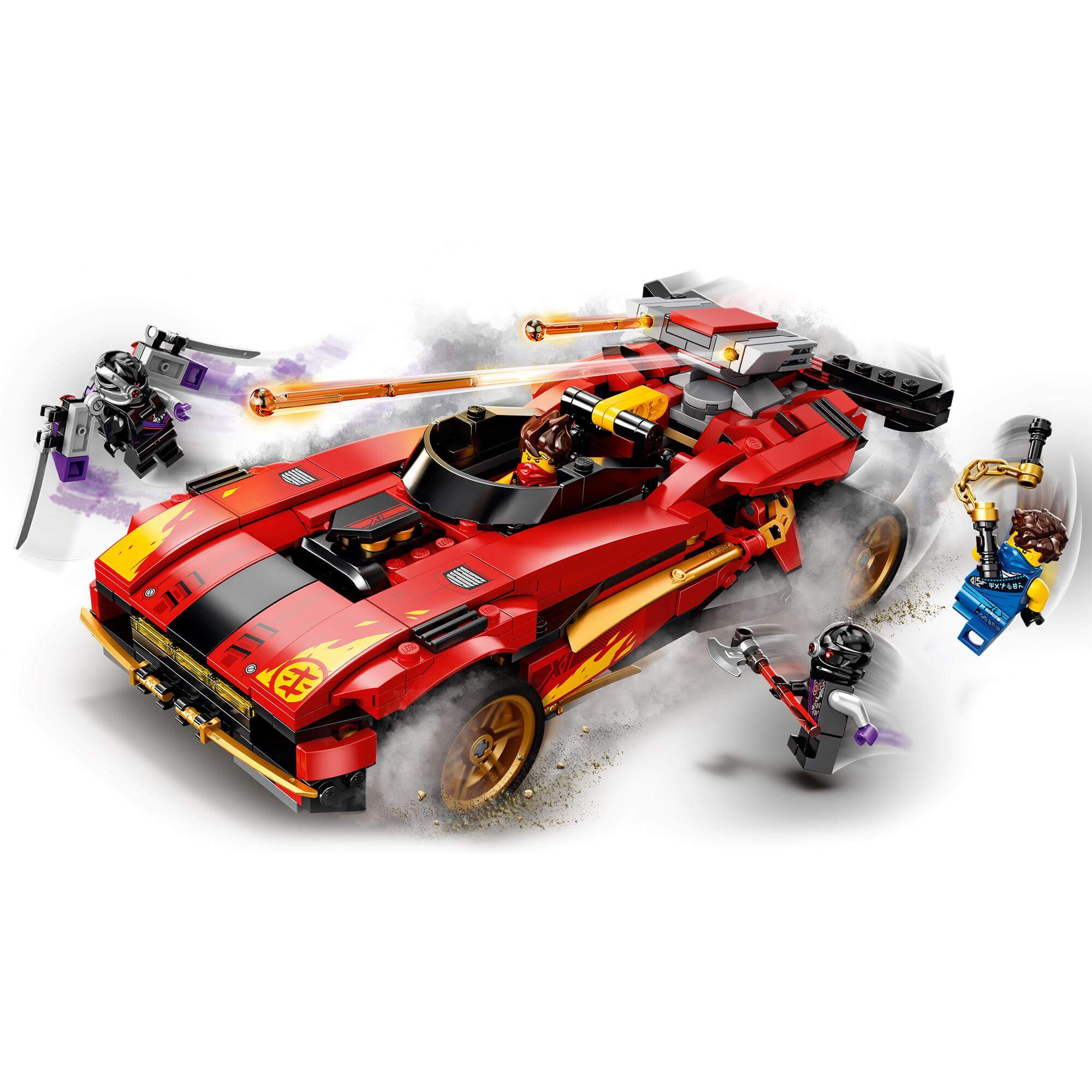 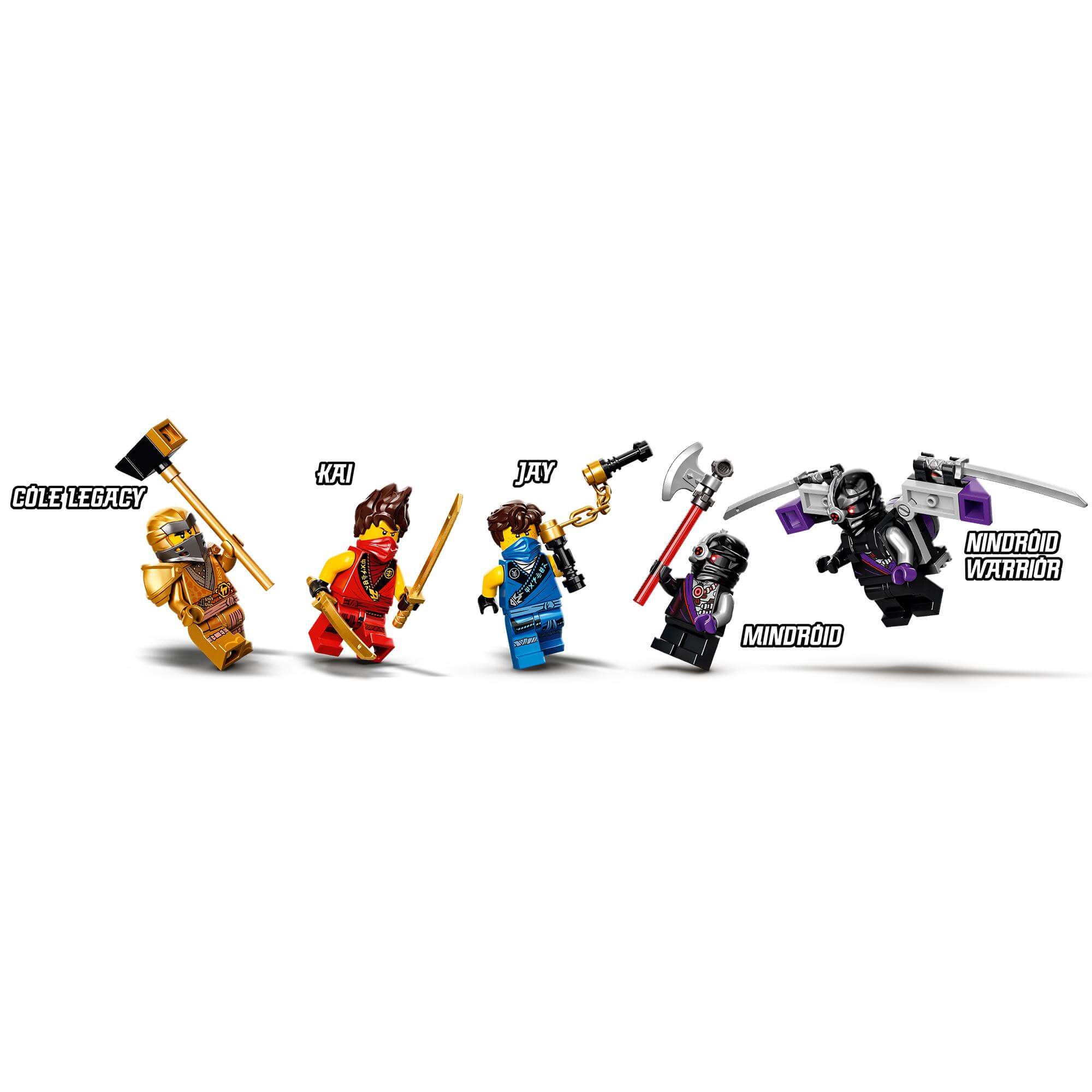 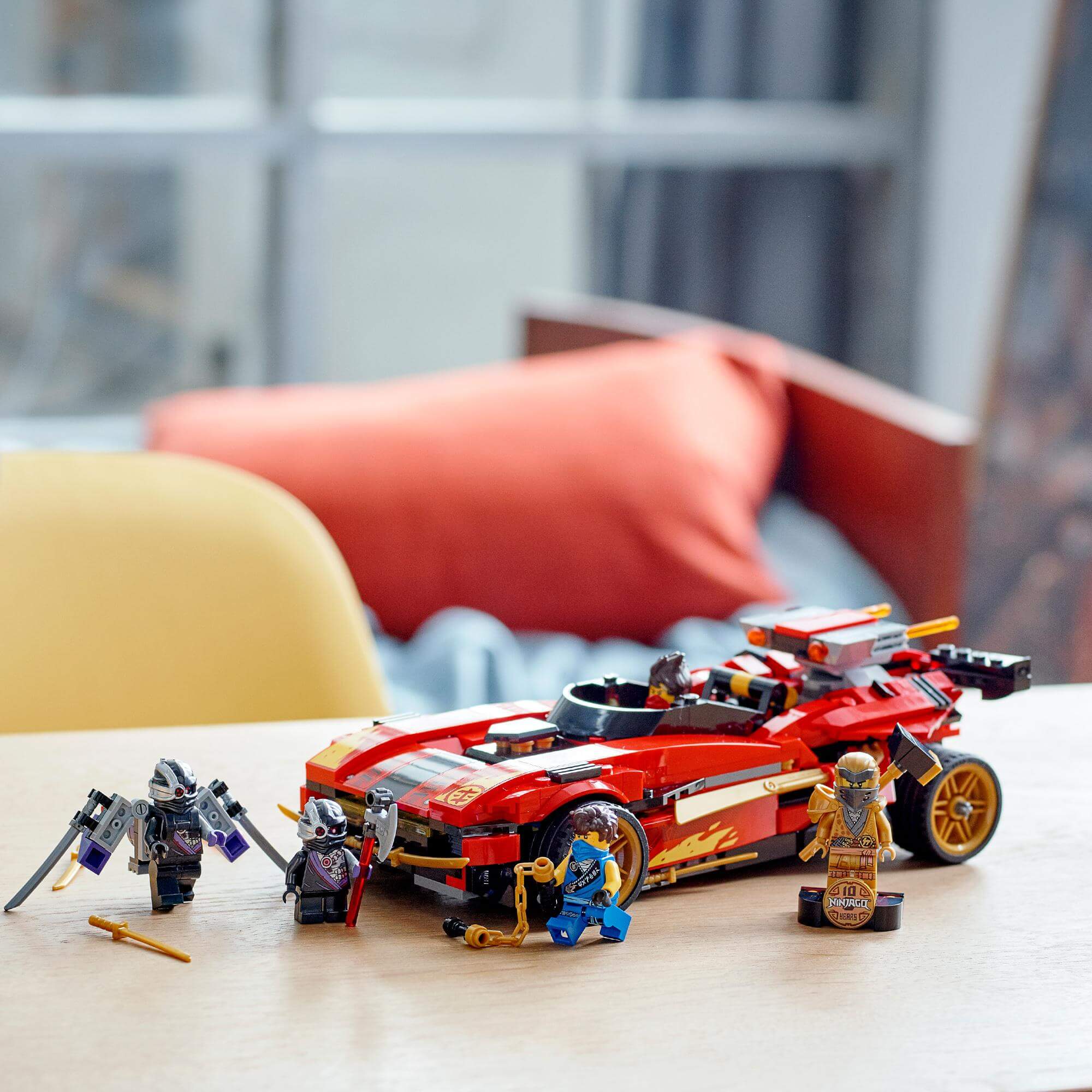 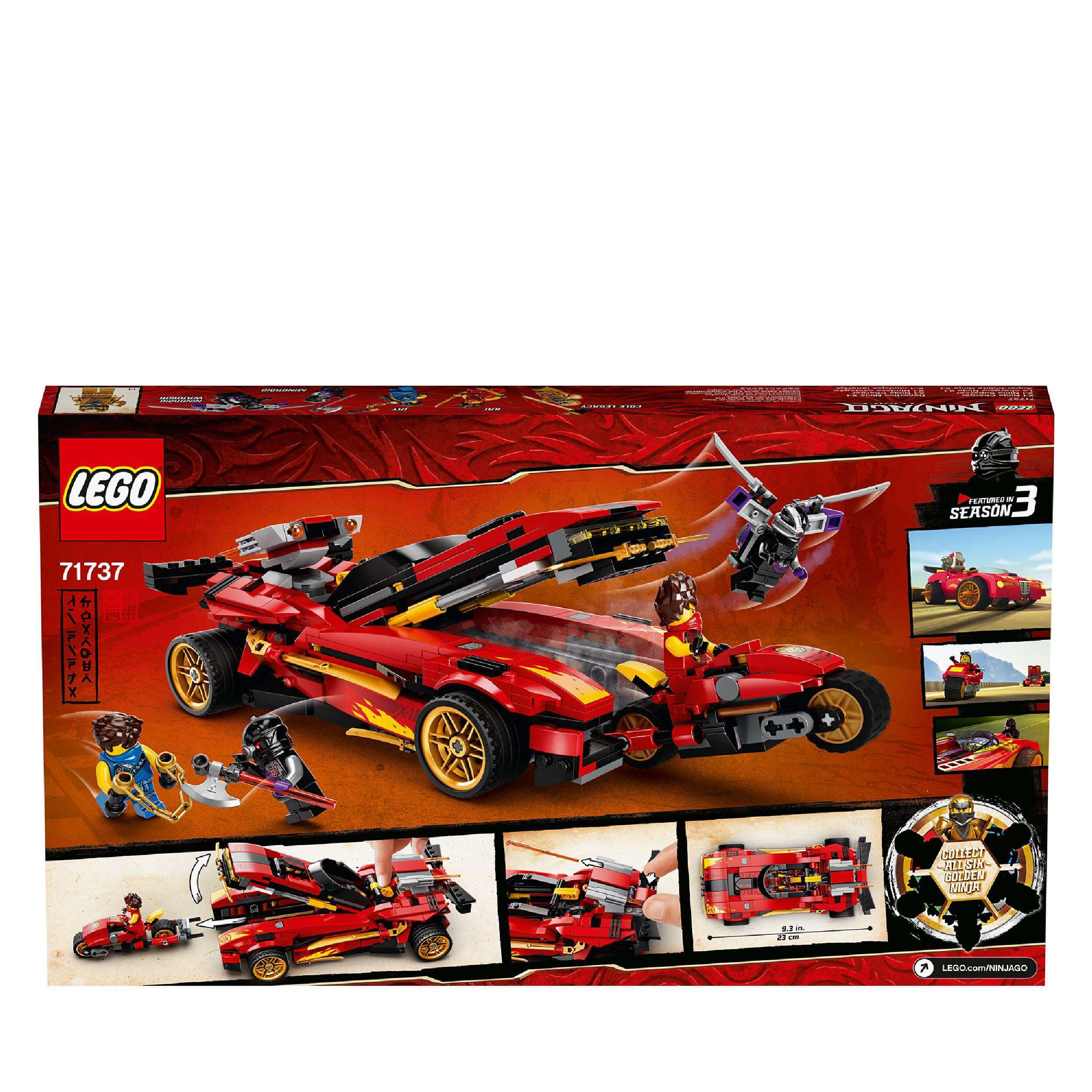 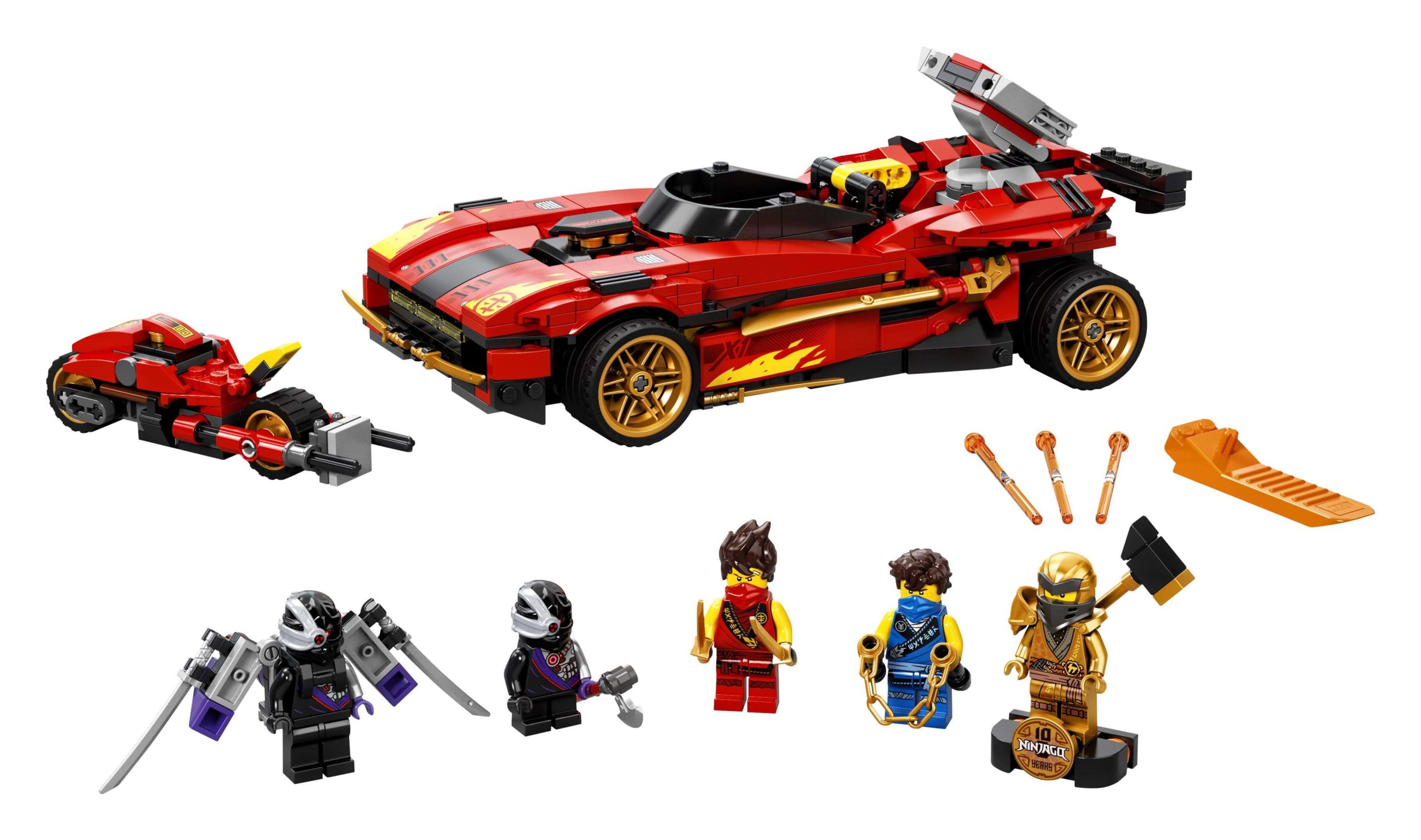 Kids will love playing out ninja-versus-Nindroid Warrior battles with this 2 in 1 modern update of the X-1 Ninja Charger (71737) playset from season 3 of the LEGO NINJAGO TV series. The vehicle features 2 spring-loaded shooters and has a cool toy motorcycle hidden inside to be fired out at the press of a button to attack the Nindroids.

This unique Legacy playset also includes 5 minifigures: ninja heroes Kai, Jay and Cole Legacy plus a Nindroid Warrior and Mindroid to help kids create their own enthralling fantasy stories. New for January 2021, Cole Legacy is a never-seen-before golden collectible minifigure with a stand to celebrate 10 years of NINJAGO playsets.
LEGO NINJAGO playsets open up a world of exciting adventure for kids. NINJAGO fans can team up with their heroes to battle enemies as they play with an amazing collection of ninja toys including motorbikes, mechs and so much more.