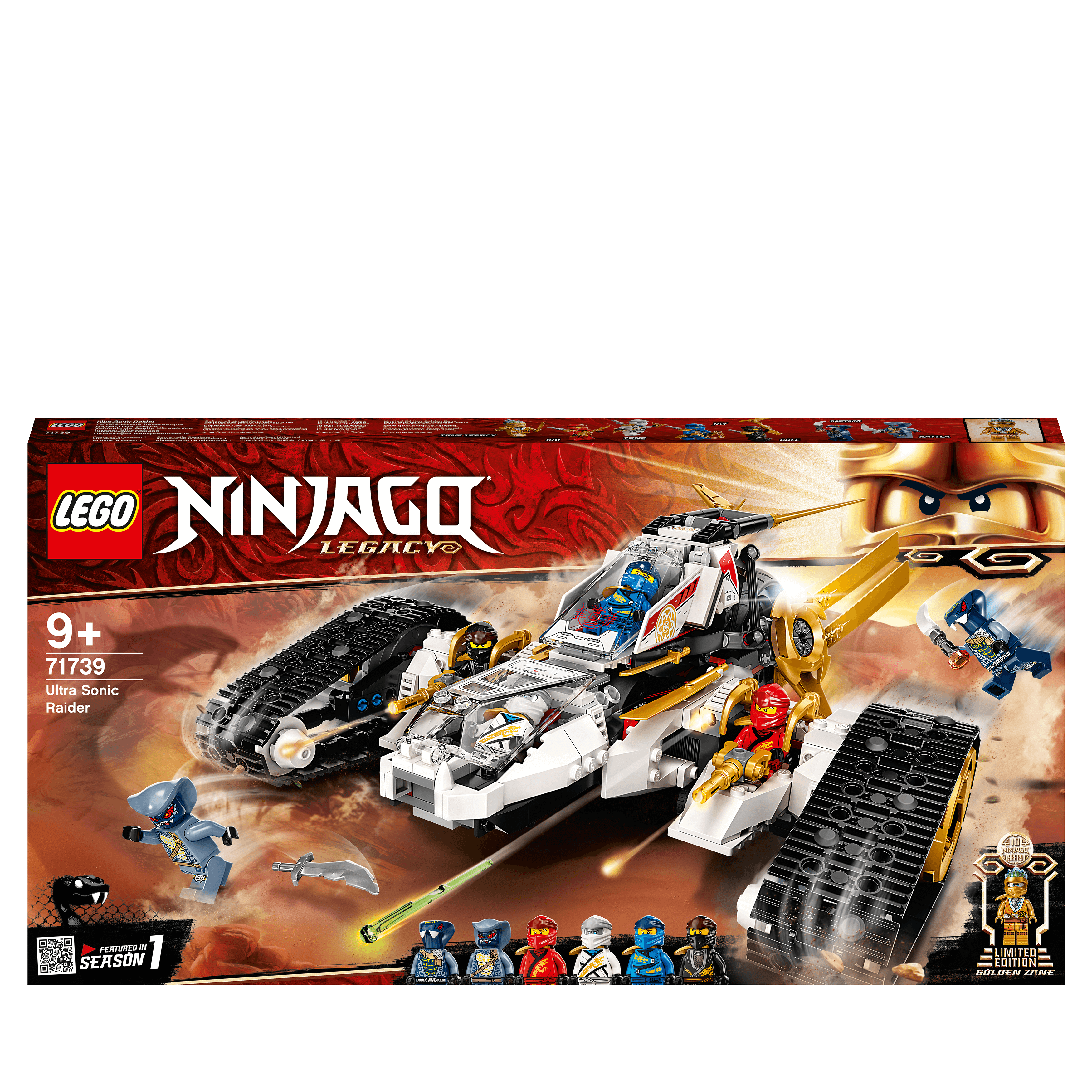 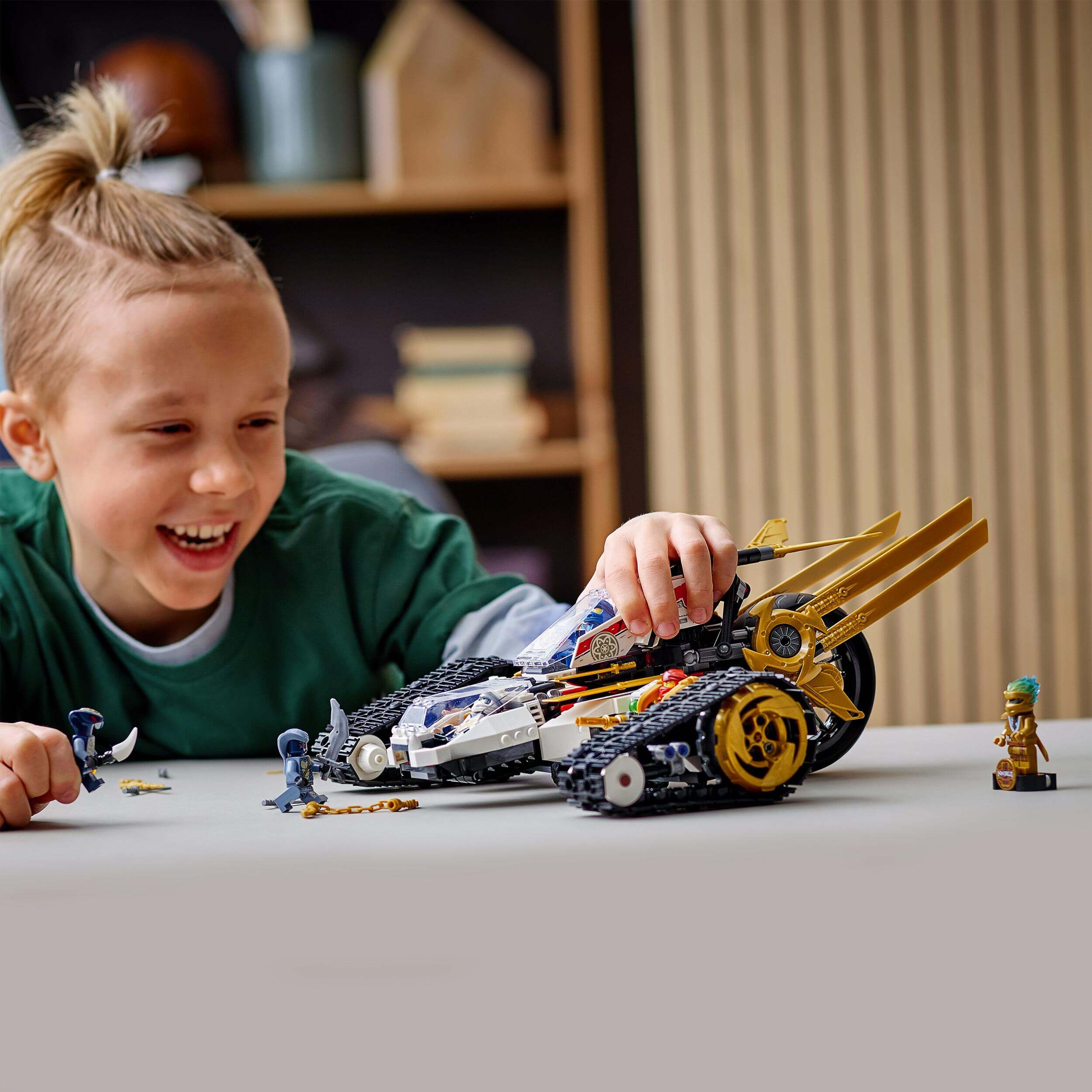 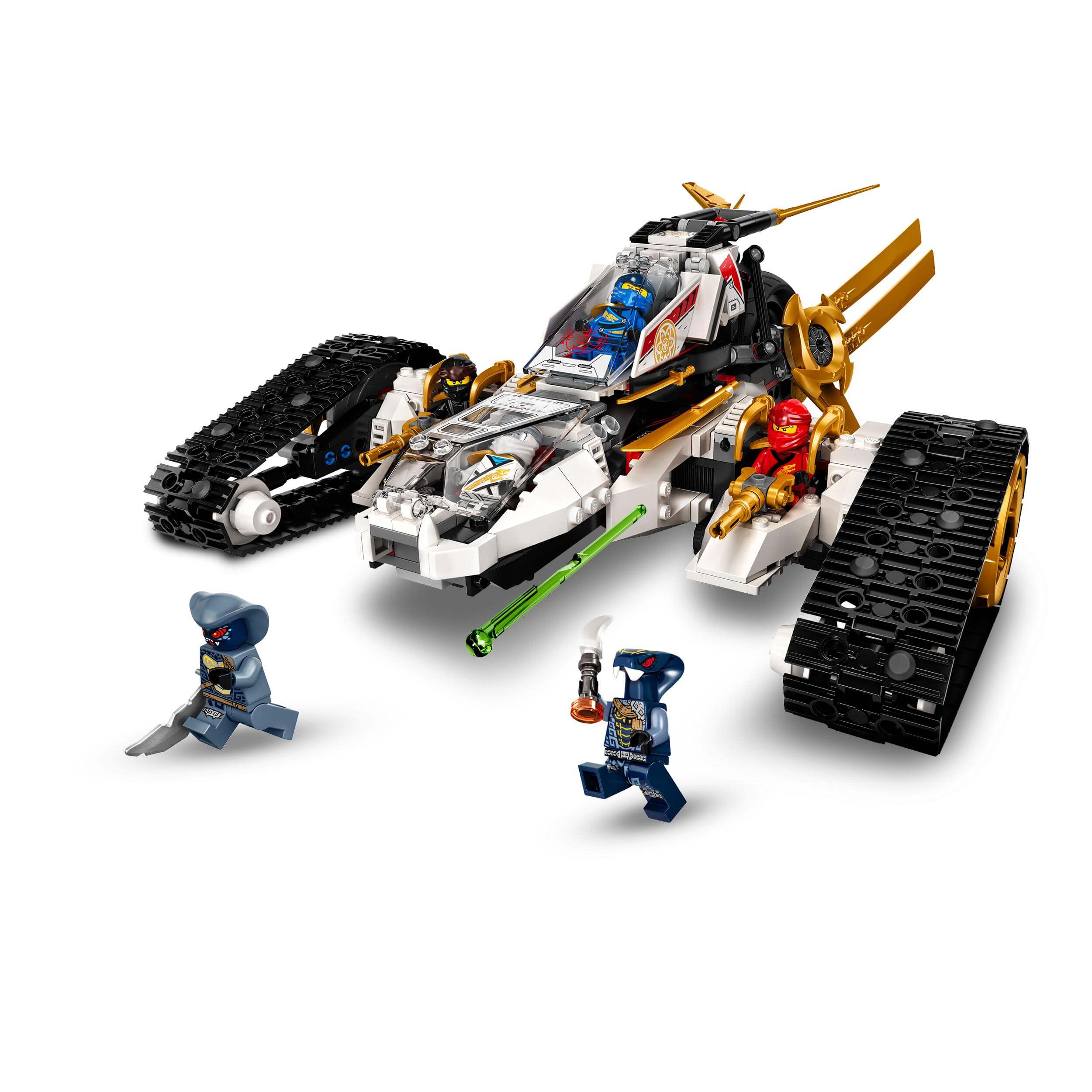 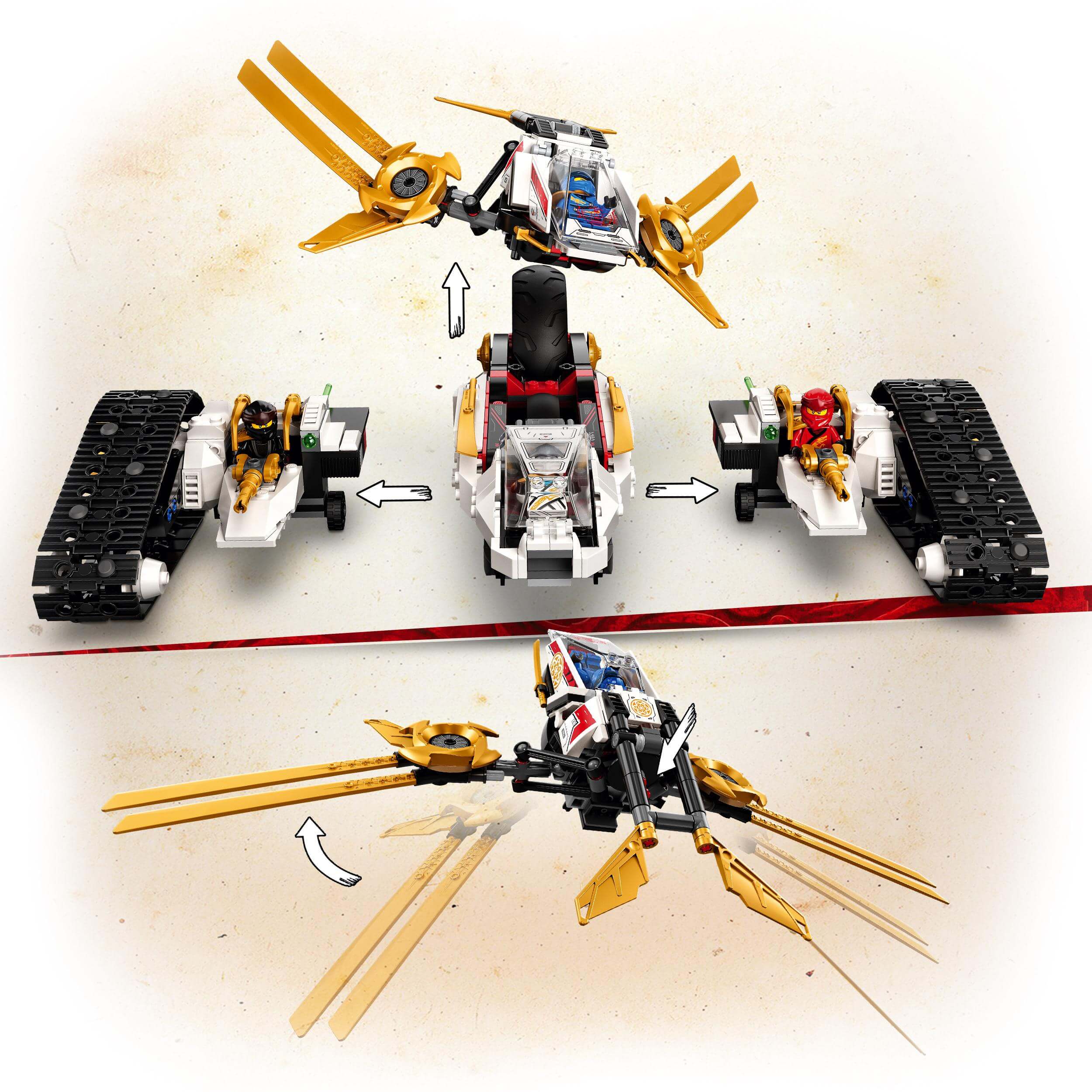 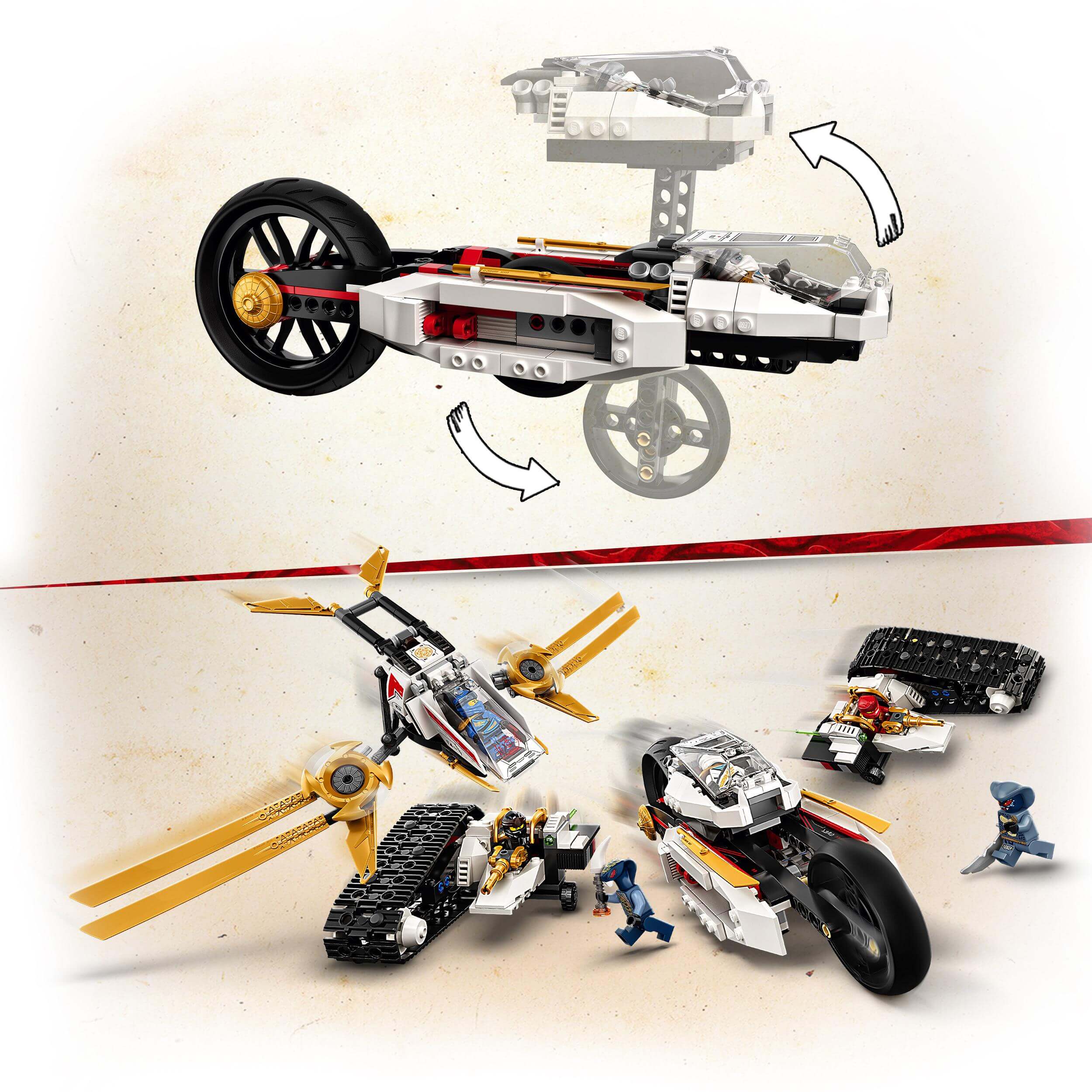 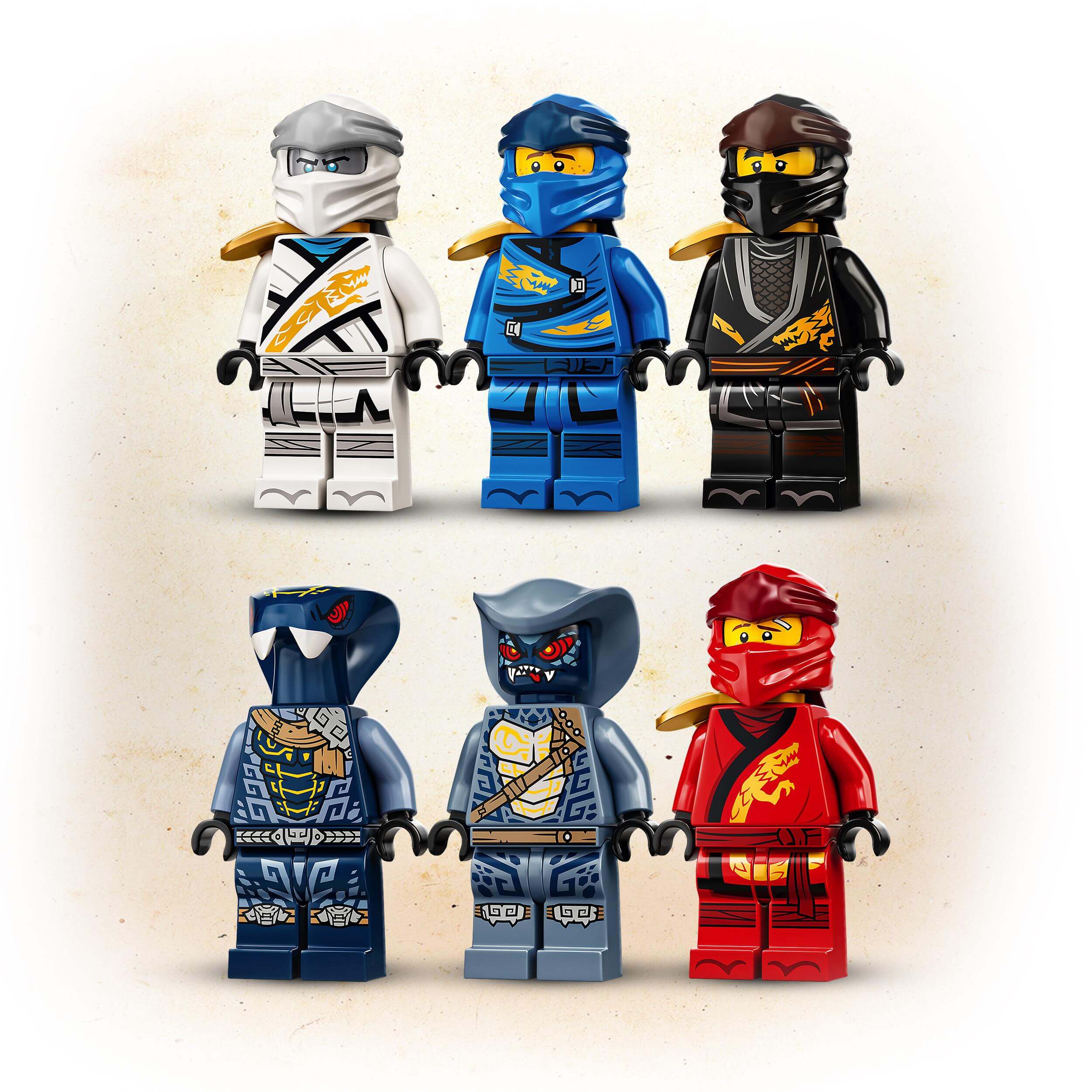 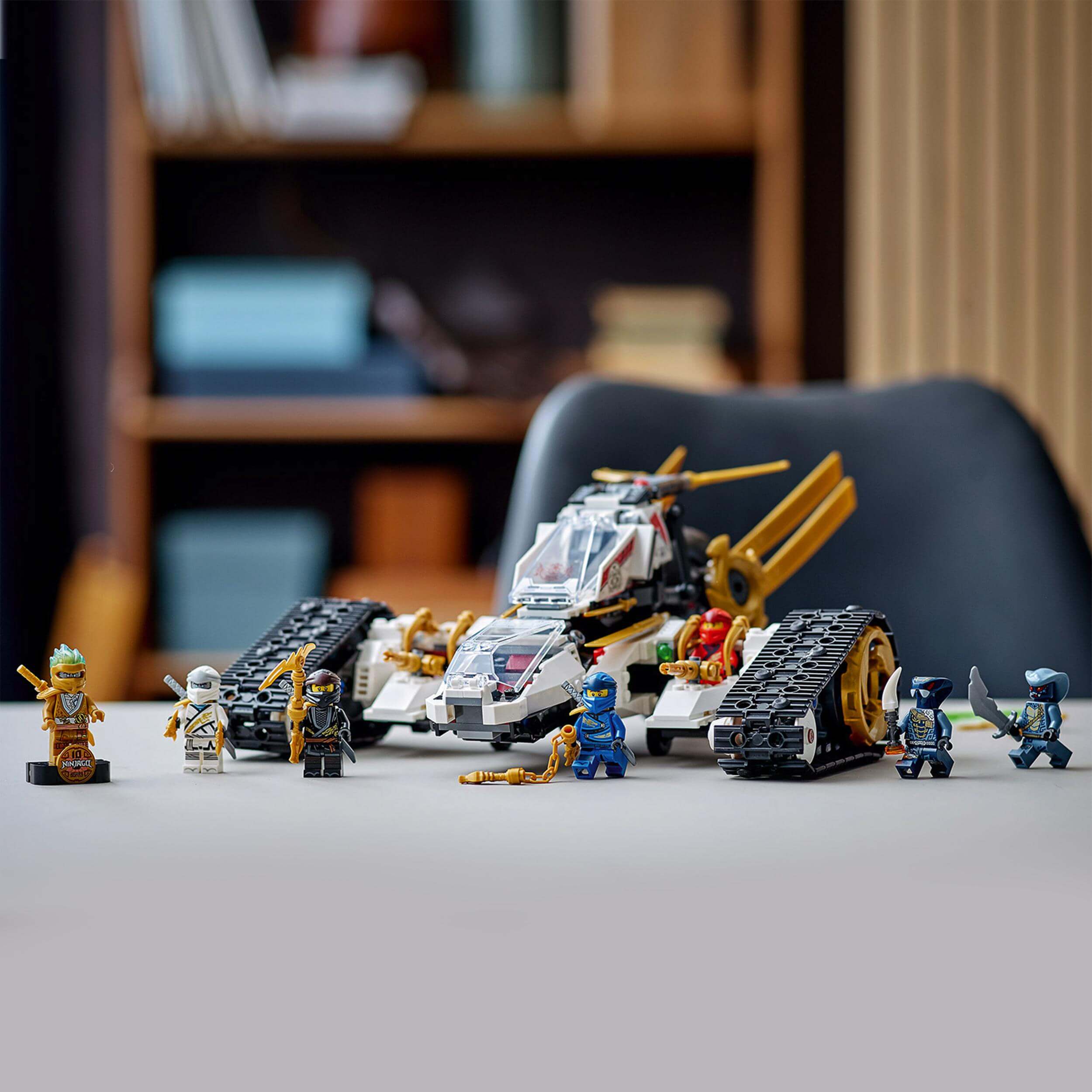 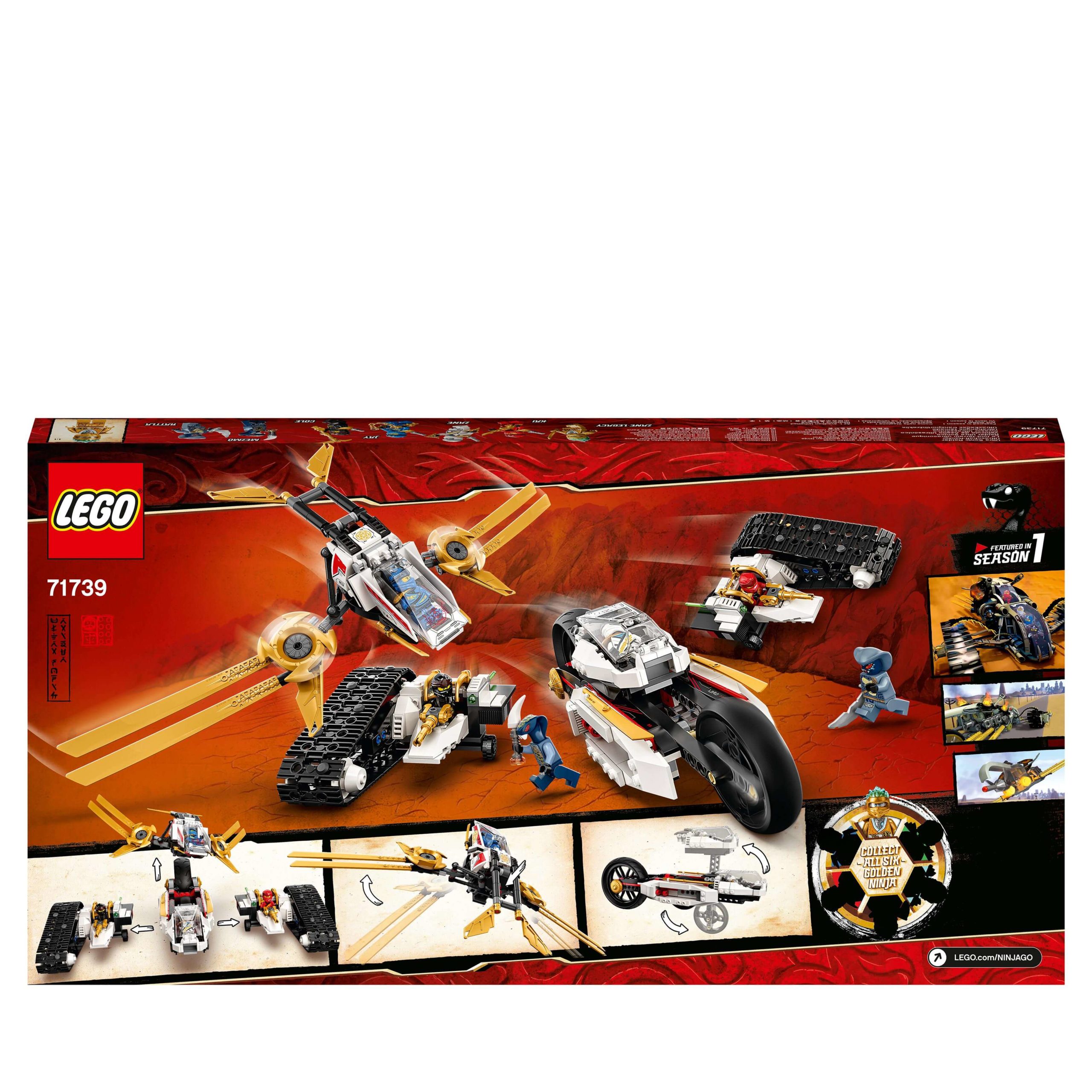 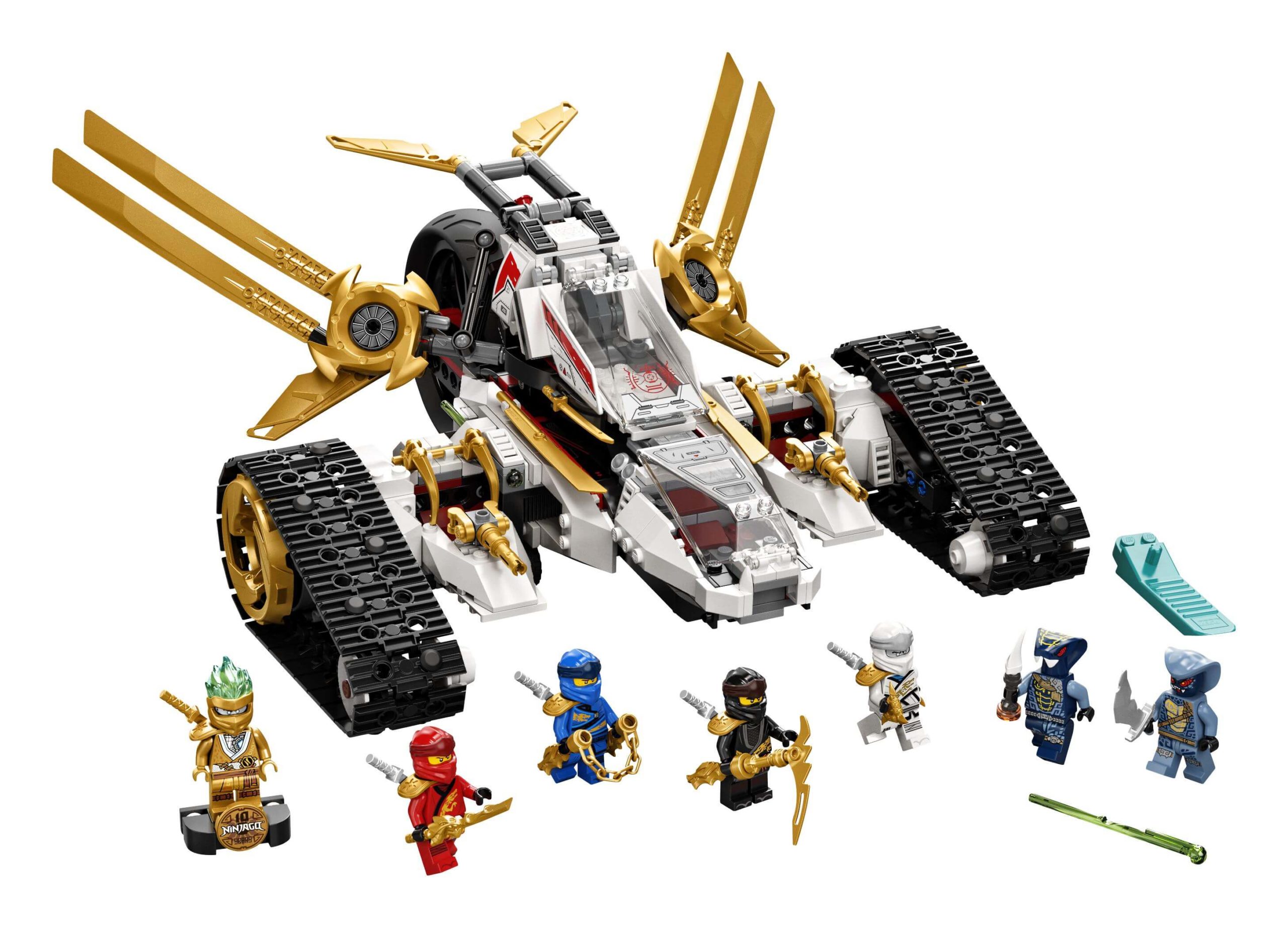 Kids can stage stunning adventures from season 1 of the LEGO NINJAGO TV series with this modern update of the Ultra Sonic Raider (71739) building set. The 4-in-1 vehicle can be taken apart to create 4 separate vehicle toys for kids: a motorcycle toy, a jet plane with spring-loaded shooters and 2 all-terrain vehicles.

This unique playset includes 7 LEGO minifigures: ninjas Kai, Zane, Cole and Jay, plus snake soldiers Mezmo and Rattla from the Hypnobrai tribe, giving kids all they need to stage gripping battles. New for June 2021, there is also a never-seen-before Zane Legacy golden collectible minifigure with a stand to celebrate 10 years of NINJAGO toys.

LEGO NINJAGO sets transport kids to a world of fun-filled adventure. There they can join their brave heroes to take on the forces of evil as they play with an amazing collection of cool toys including dragons, mechs and so much more.