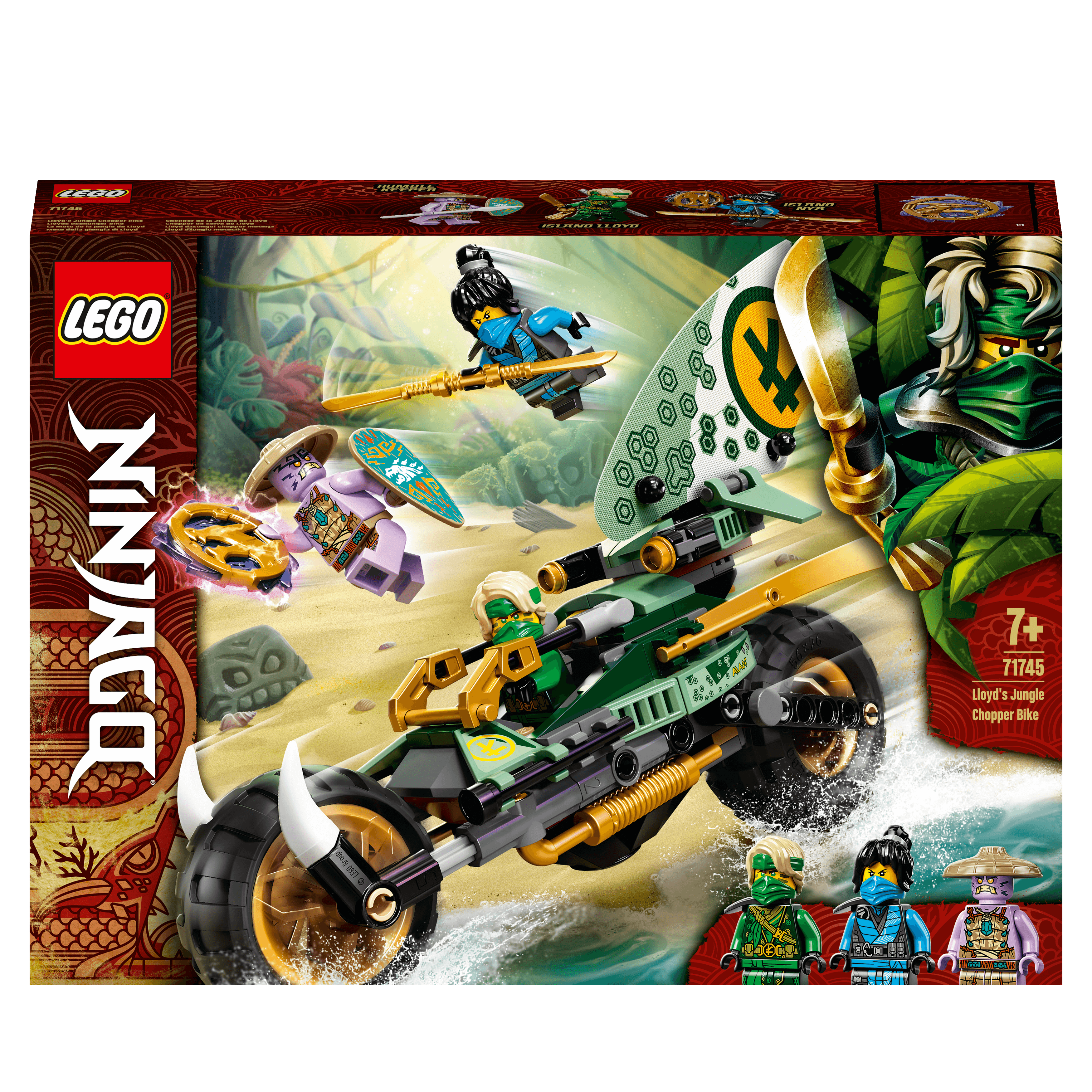 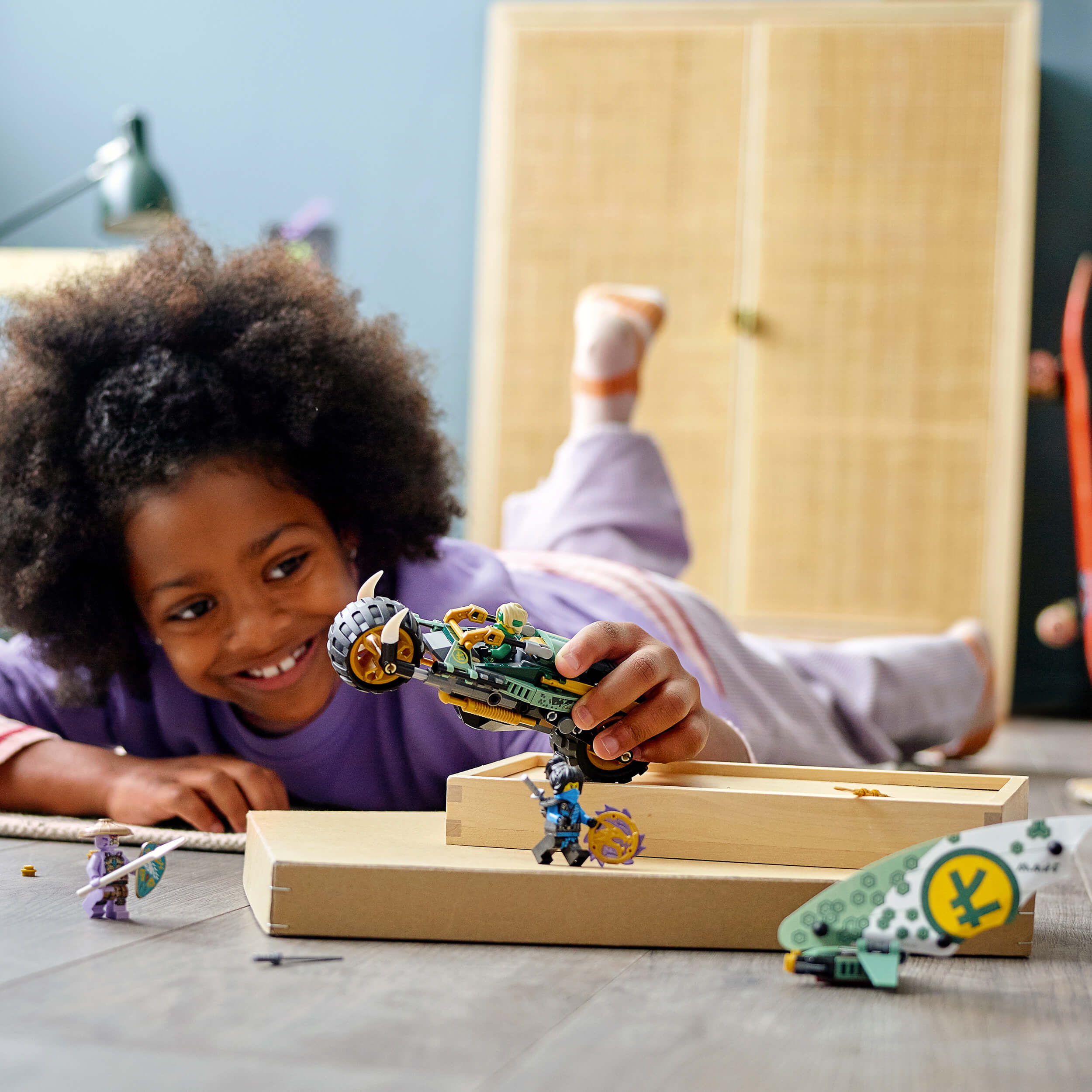 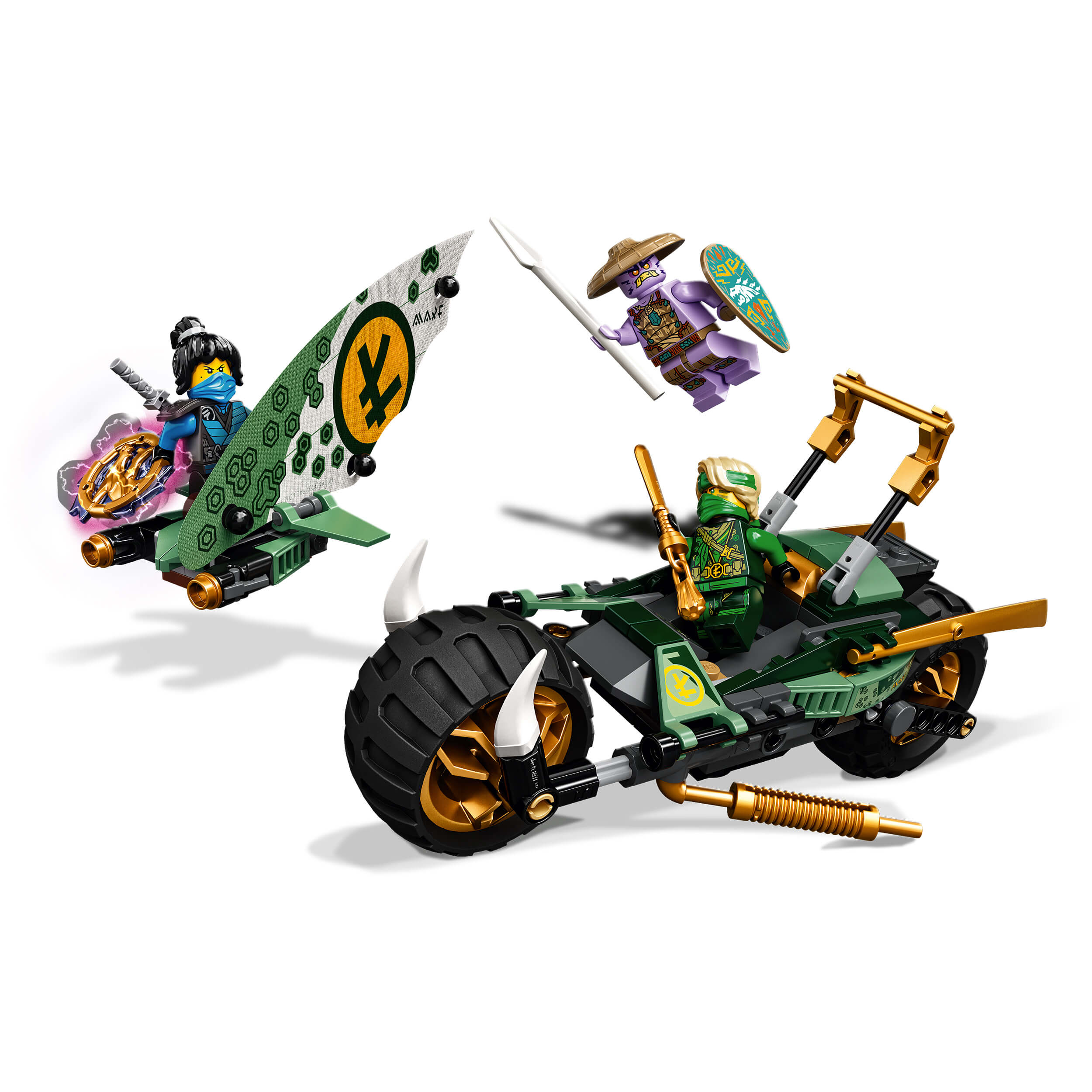 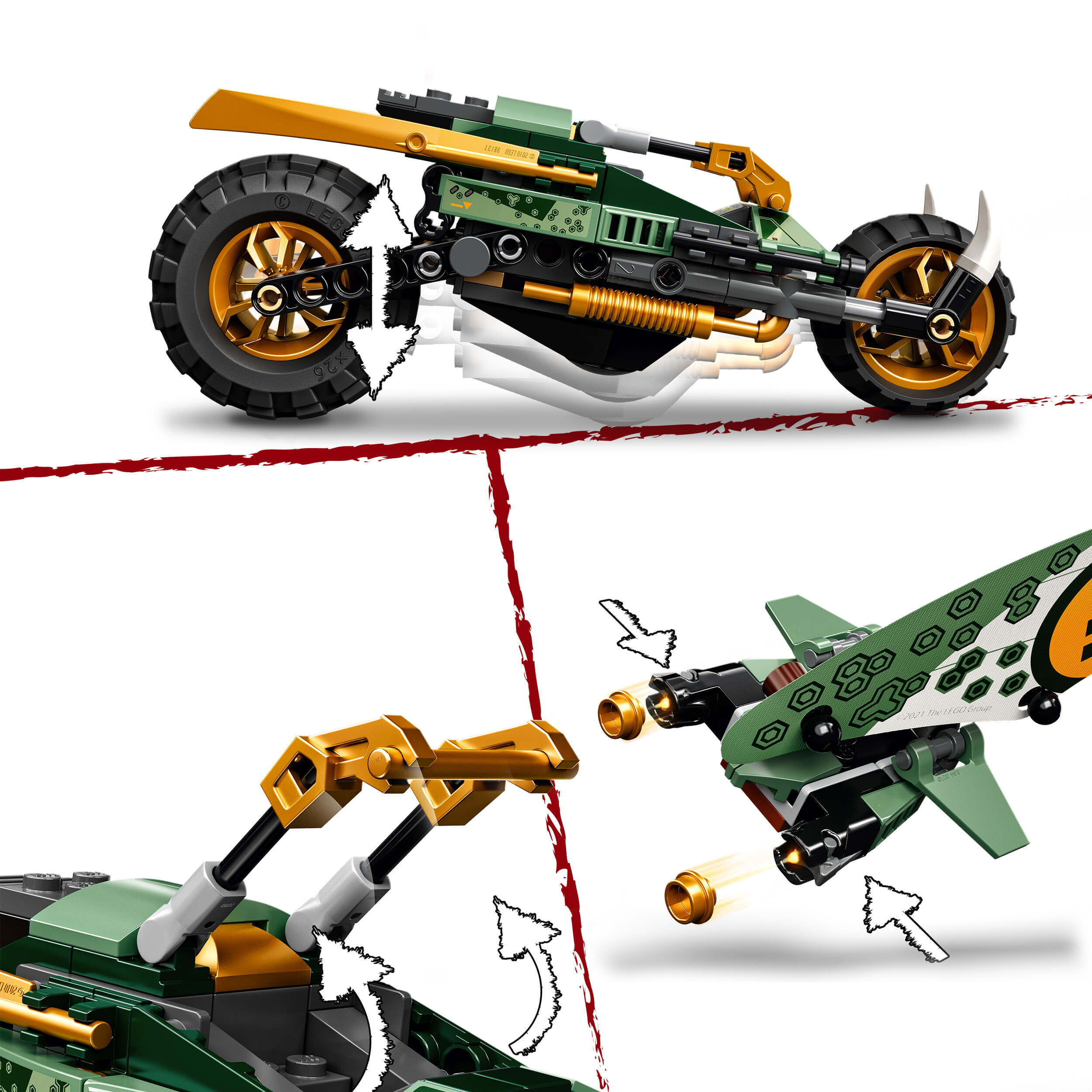 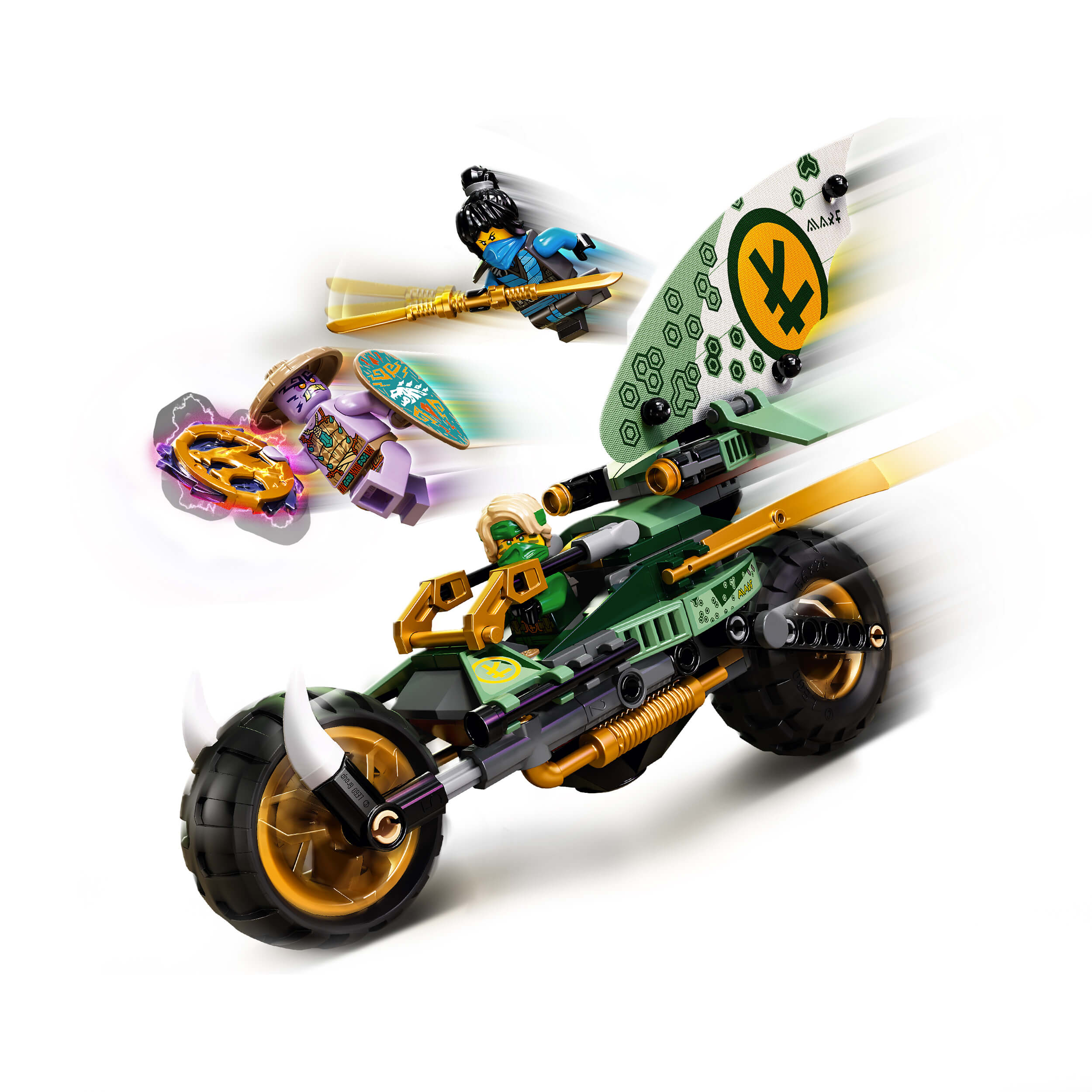 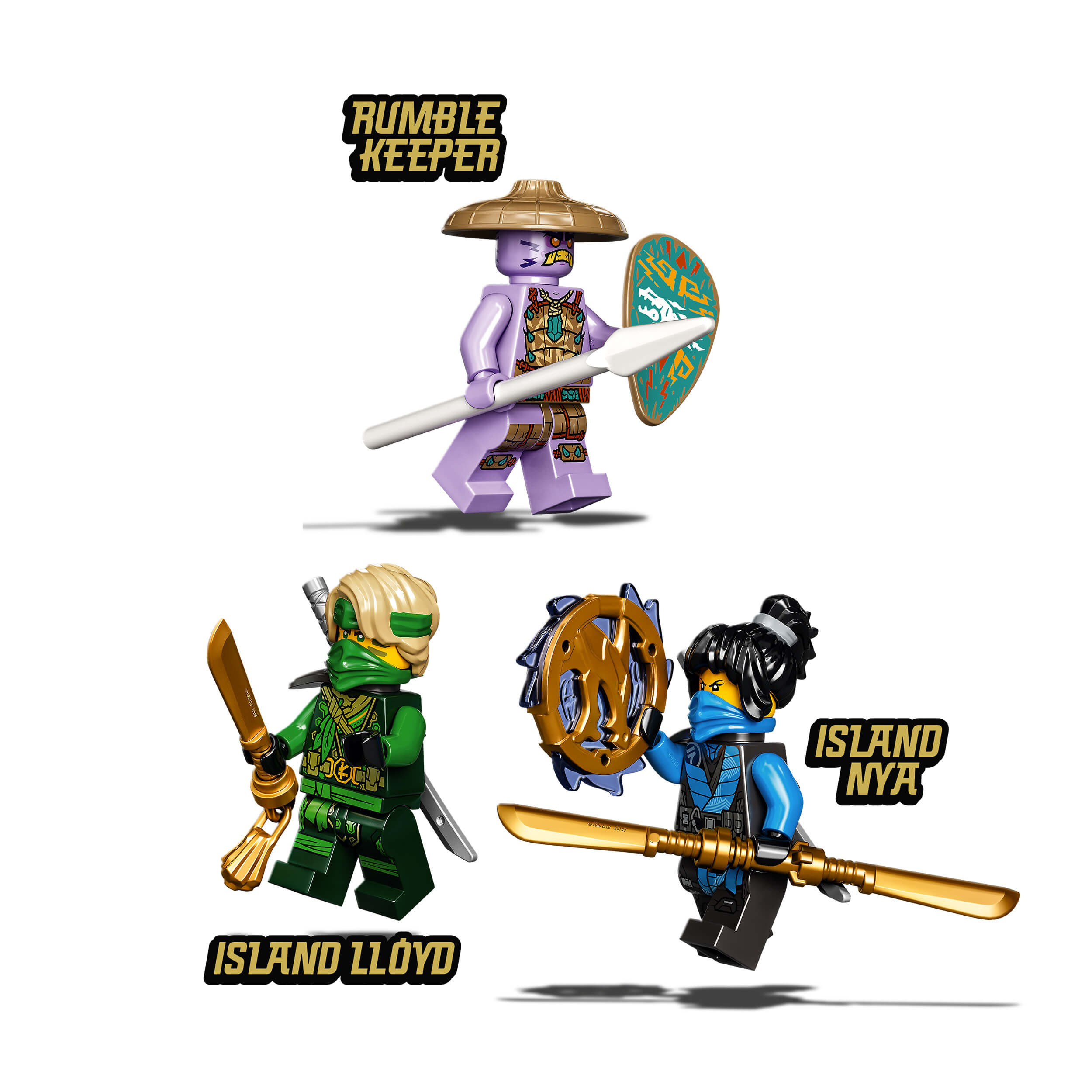 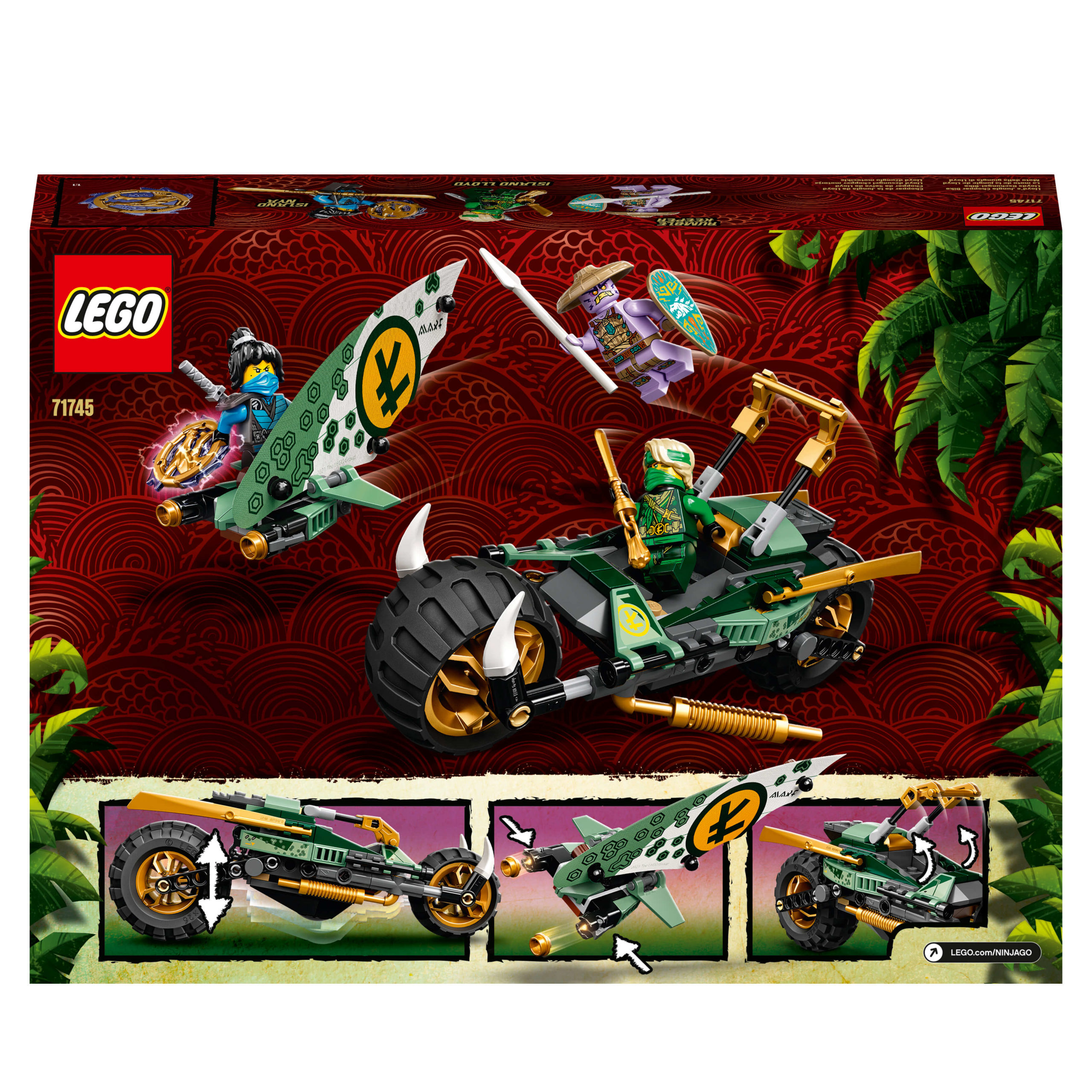 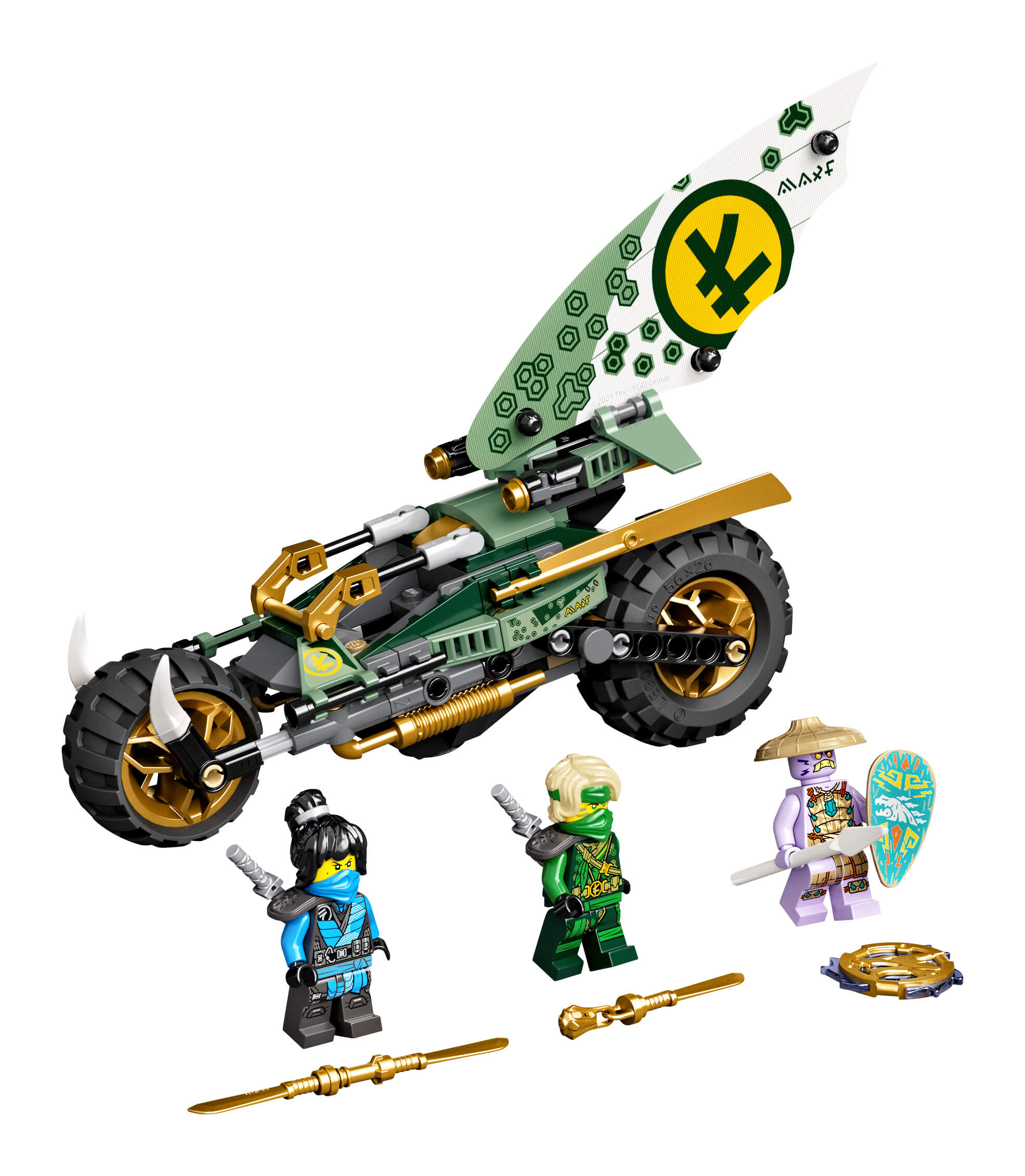 Kids will be thrilled to recreate action scenes from the LEGO NINJAGO TV series with this fantastic Lloyd’s Jungle Chopper Bike (71745) motorbike toy. The 2 in 1 vehicle features 2 stud shooters, an opening cockpit, working suspension and a flyer that can be detached and used as a surfboard.

The ninja playset has 3 minifigures: Island Lloyd, Island Nya and a Rumble Keeper to help kids 7+ years old play out their own make-believe jungle and sea adventures. These characters can stage battles among themselves to see who wins the precious storm amulet that also comes with this set.

NINJAGO playsets encourage kids to step away from their screens and develop crucial life skills by enjoying hands-on playtime, on their own or with friends. A world of exciting adventures opens up to them through an amazing collection of ninja toys, including dragons, mechs and vehicles.