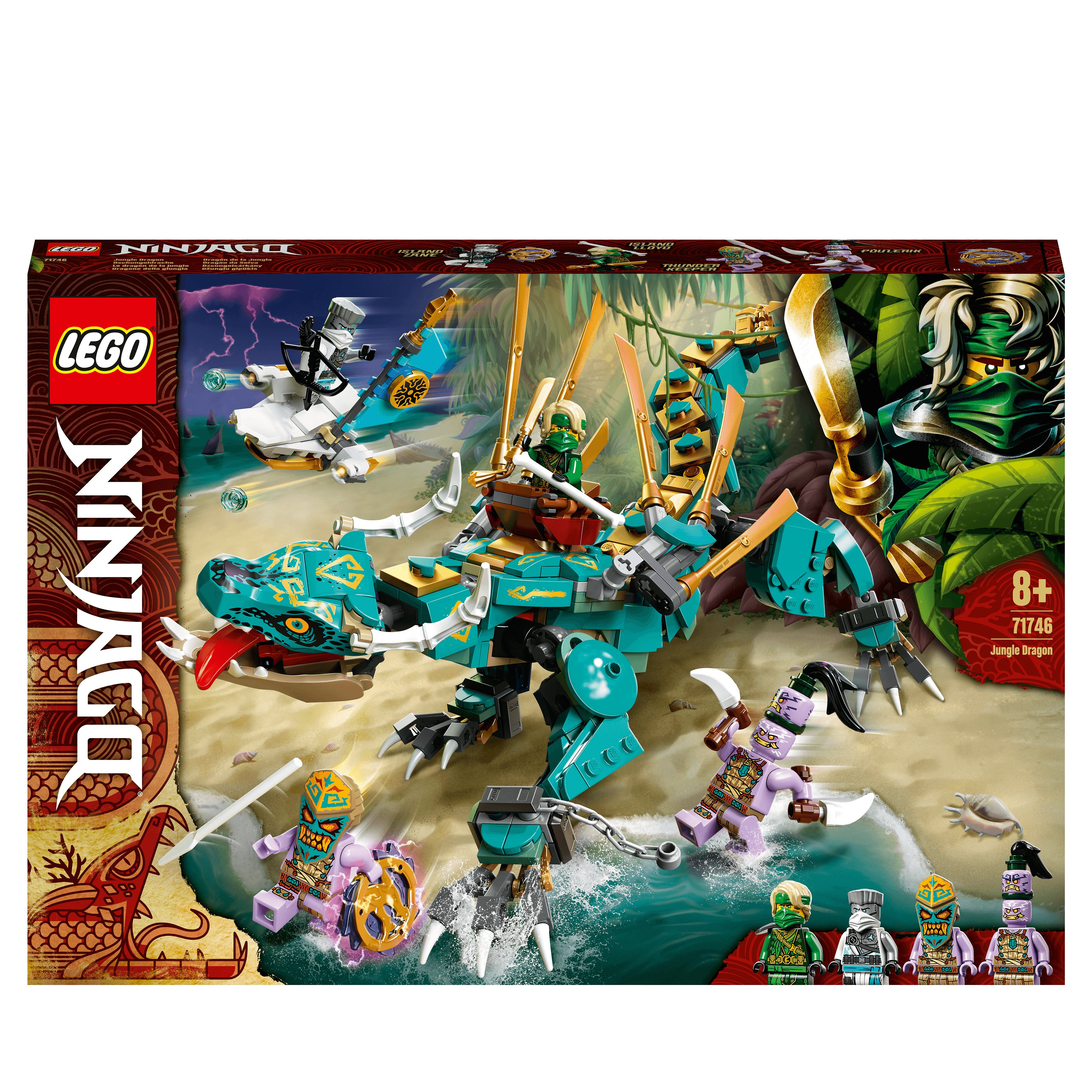 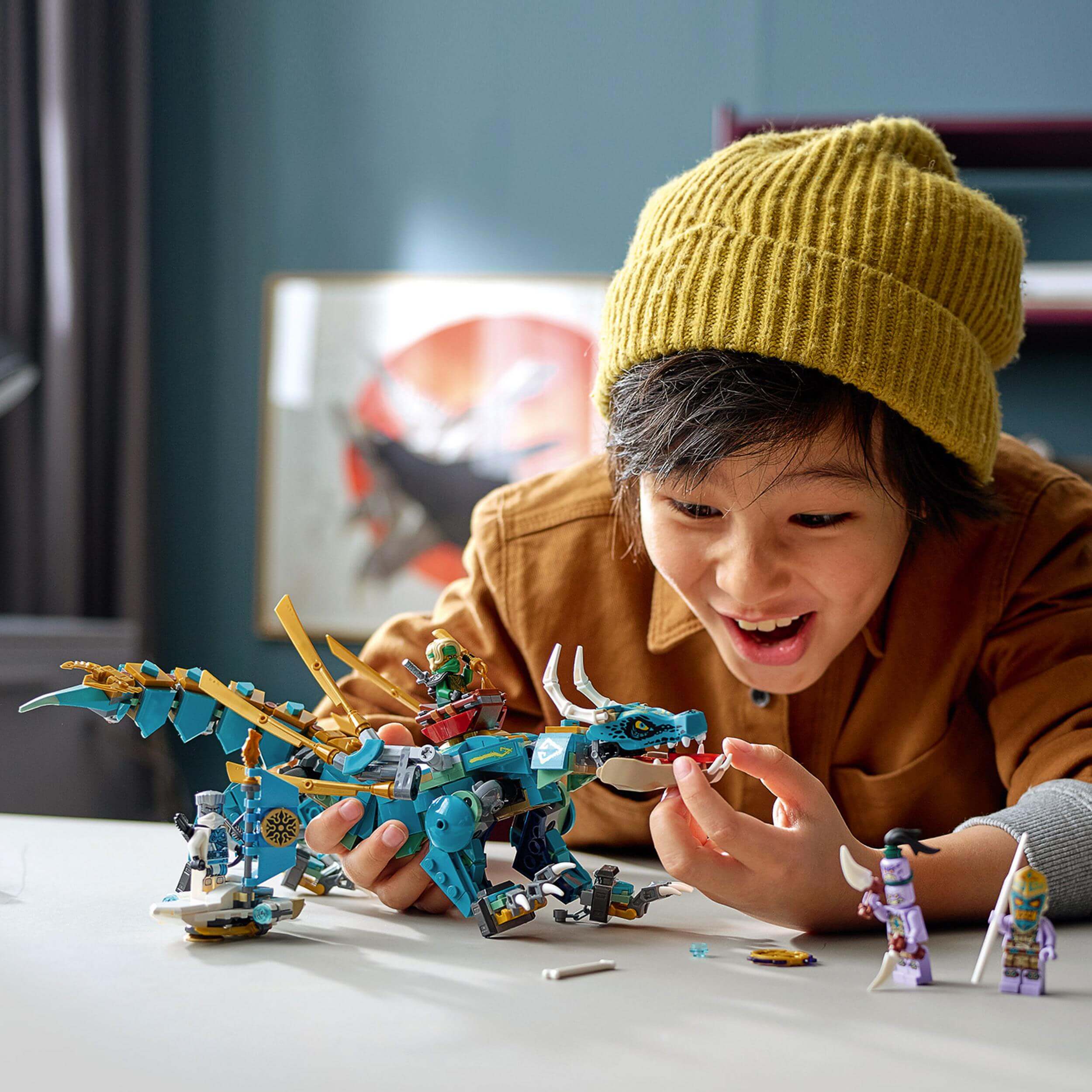 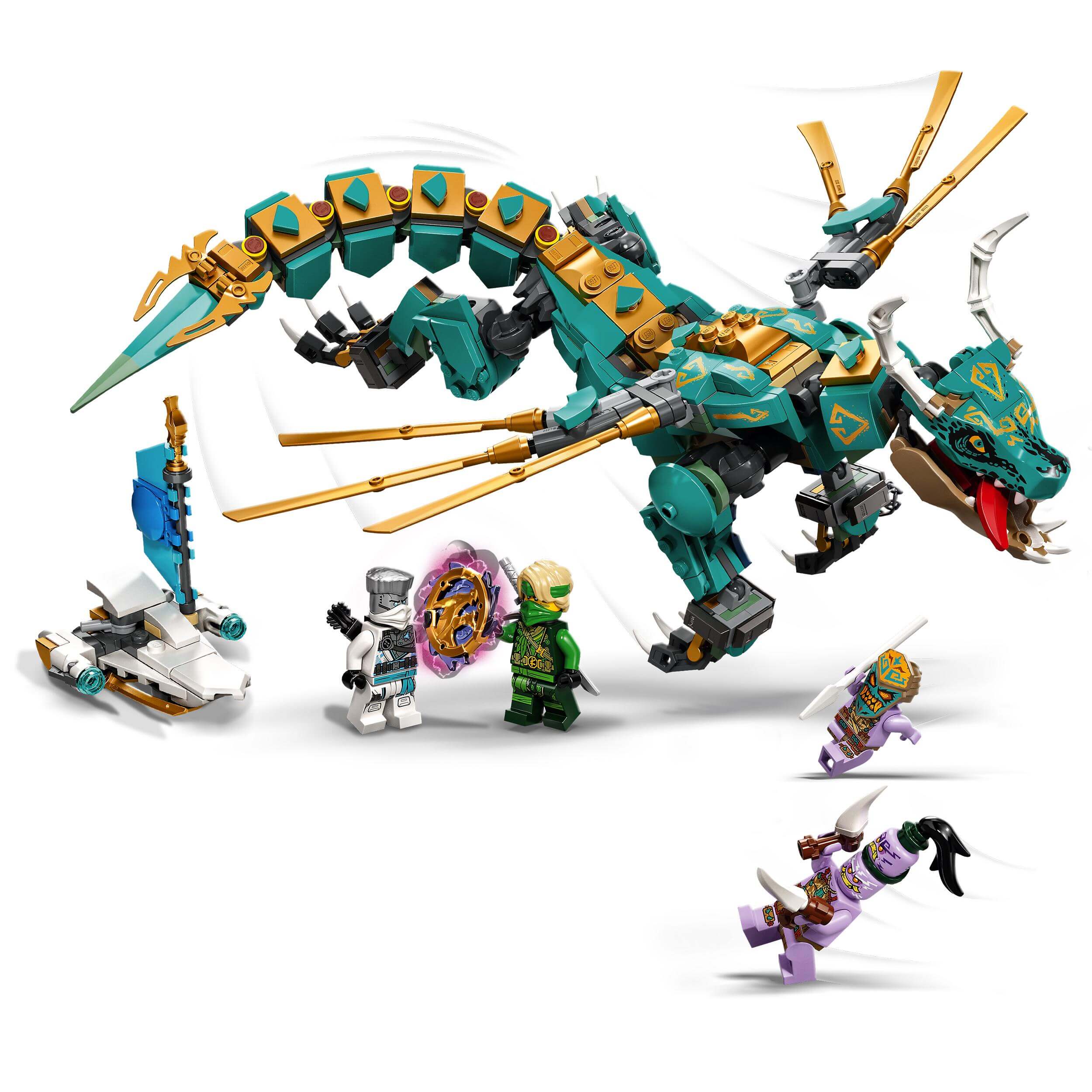 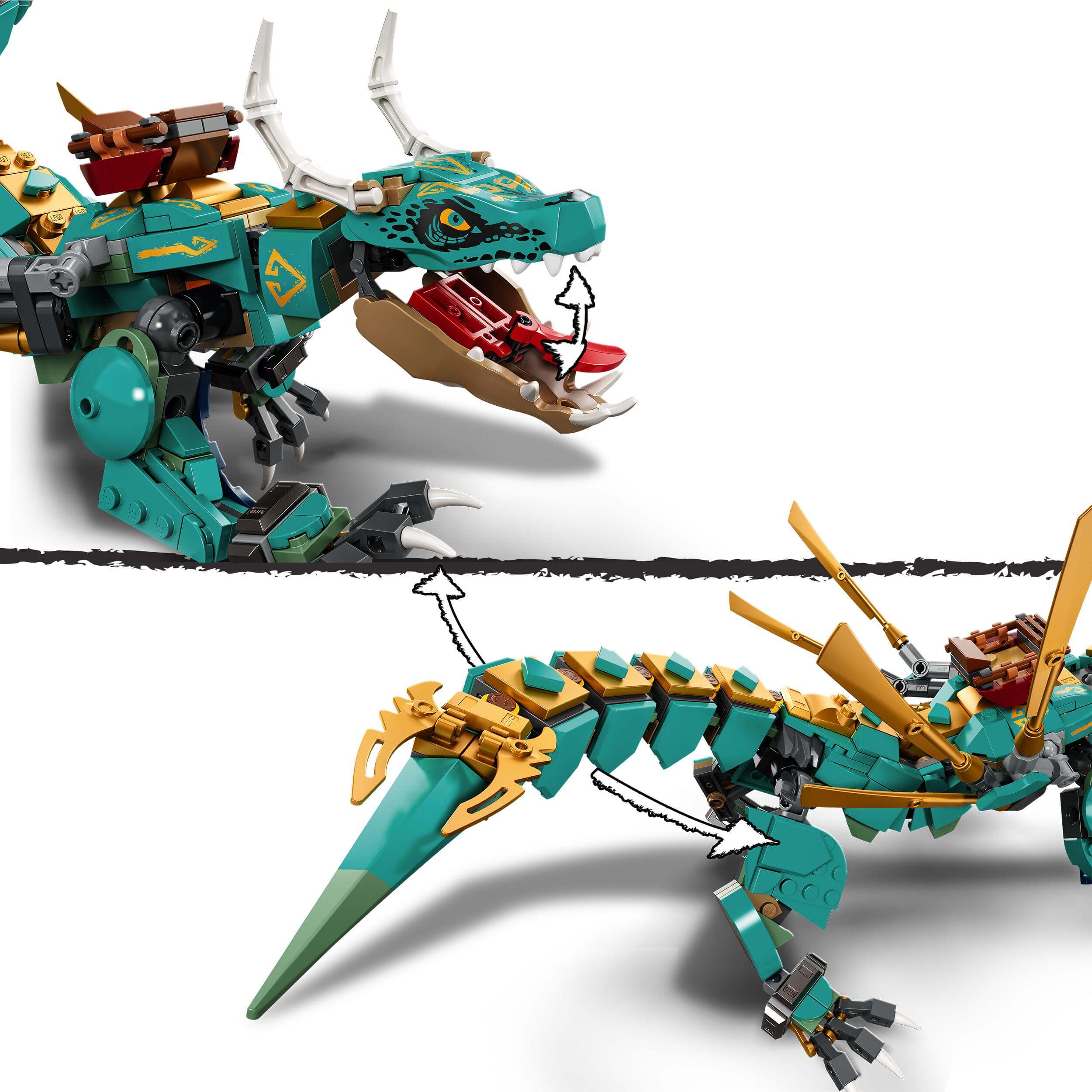 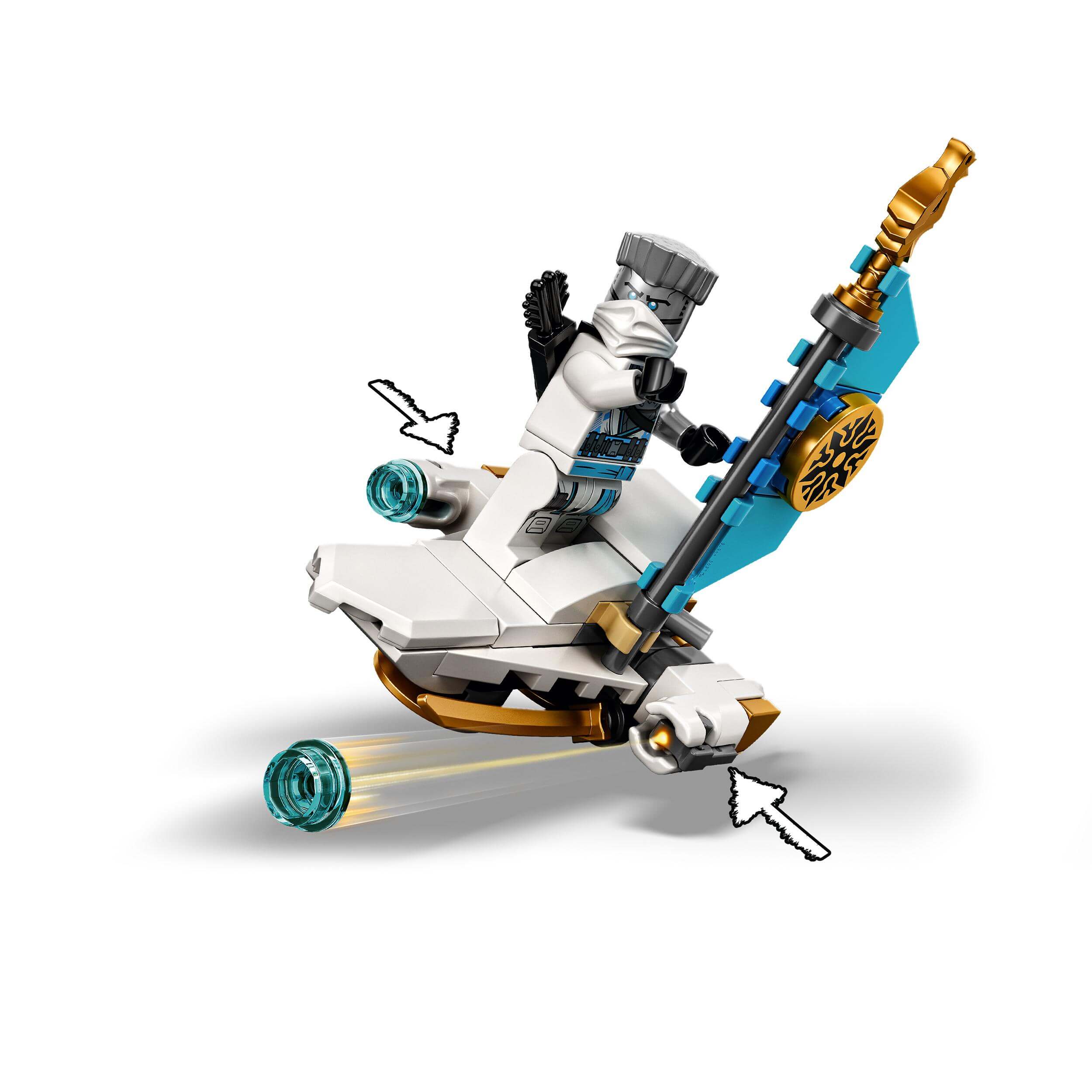 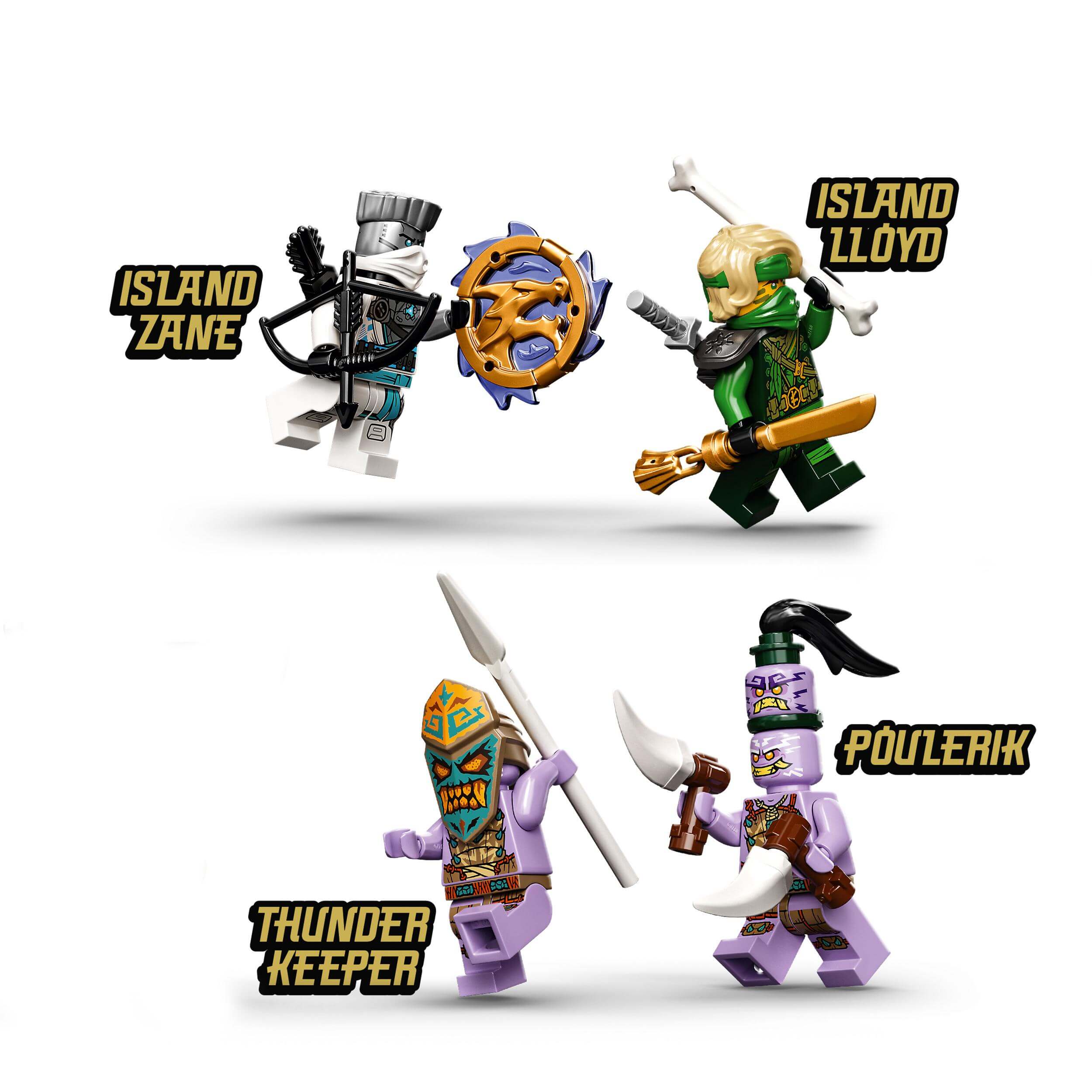 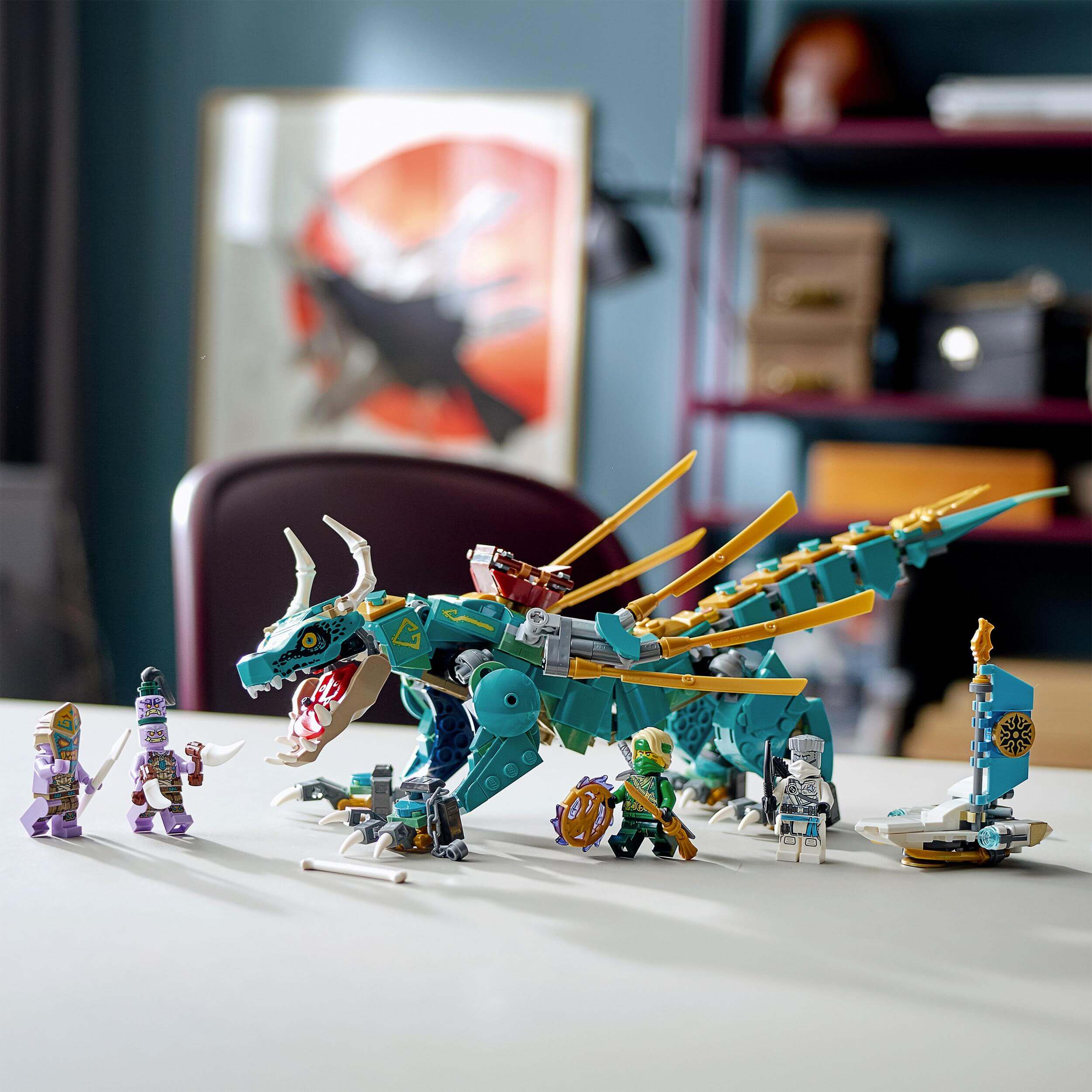 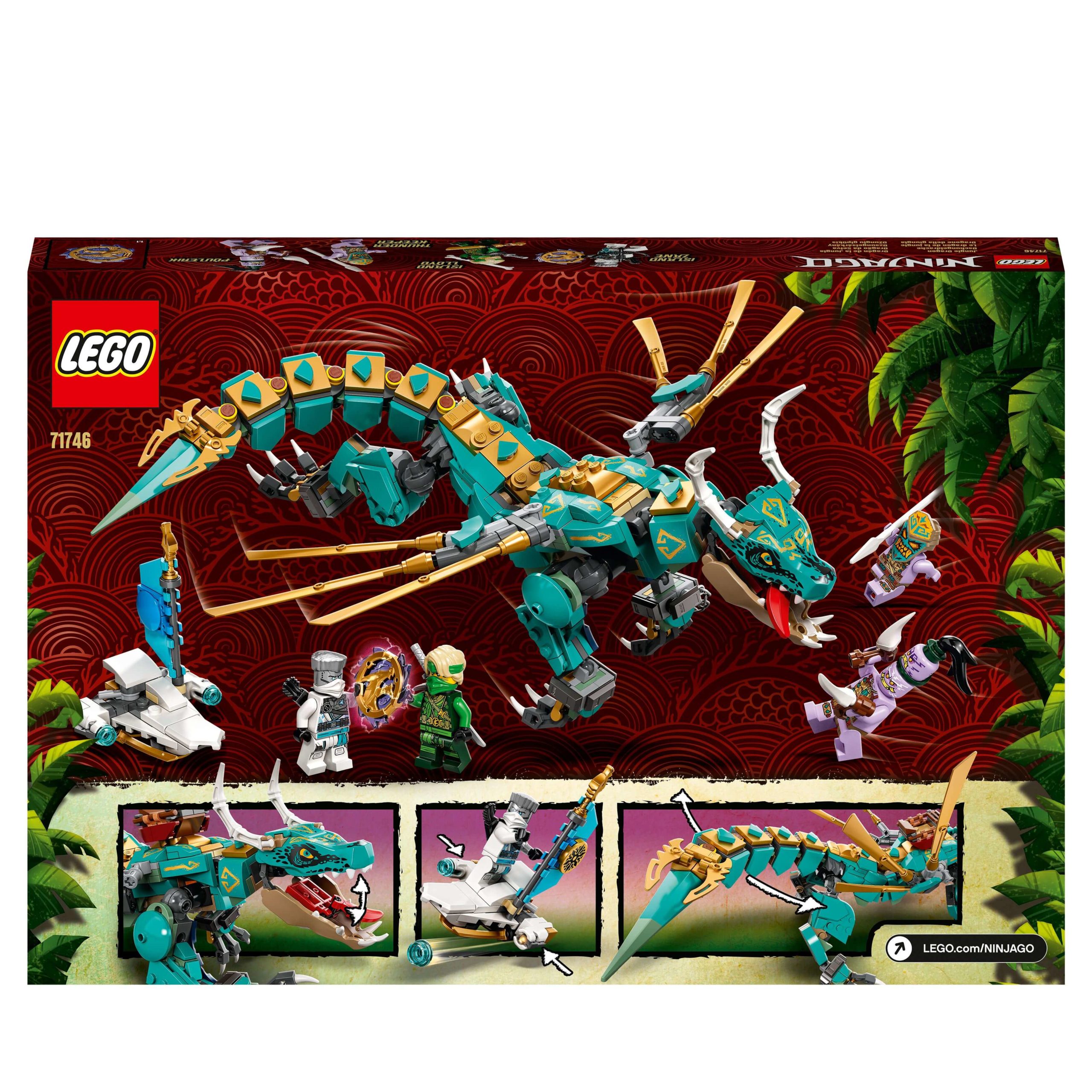 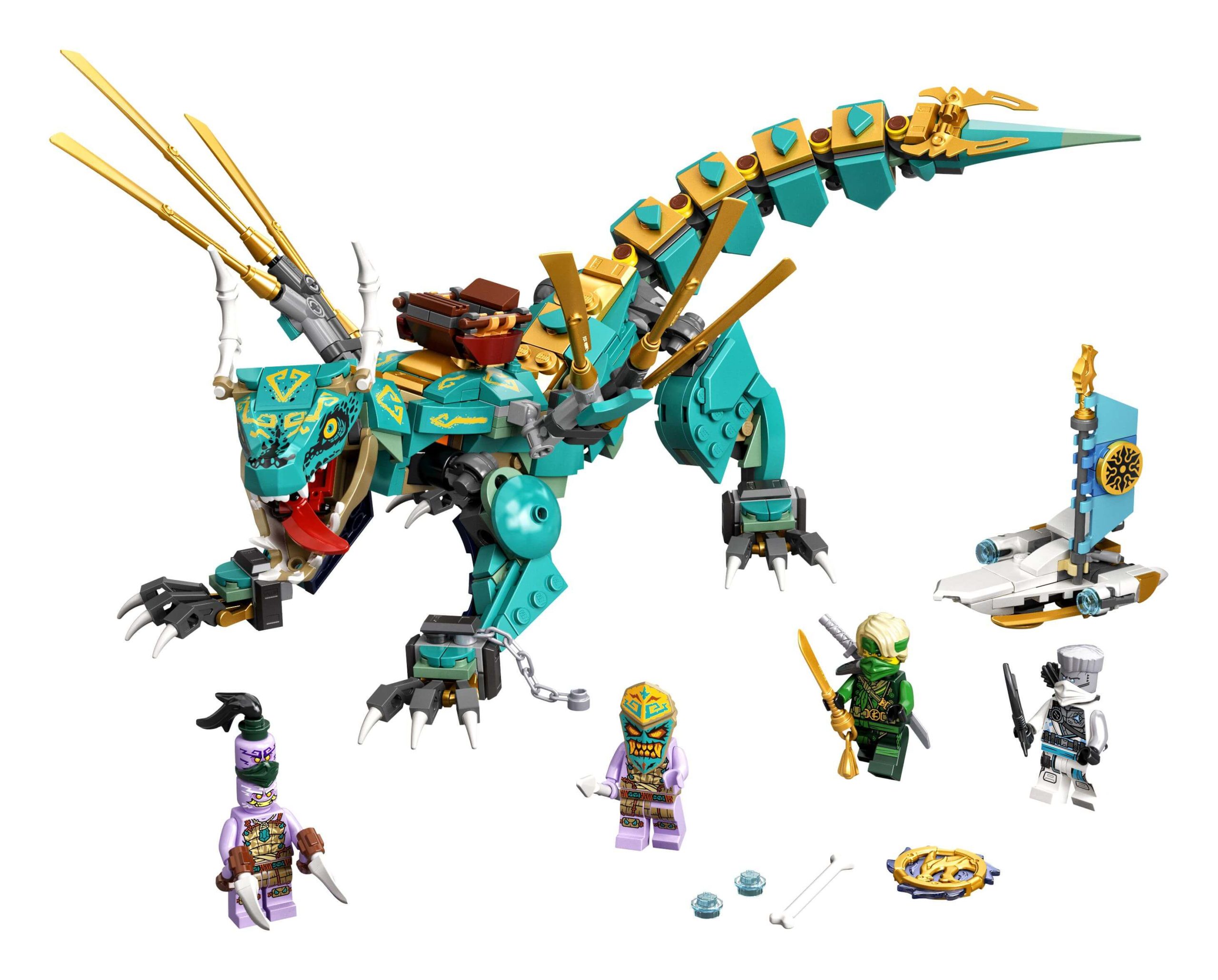 Get kids role-playing exciting scenes from the LEGO NINJAGO TV series with this super cool Jungle Dragon (71746) ninja playset. Featuring easily posable wings, legs and tail, a jaw that opens and closes, plus a saddle for a ninja to ride in, it inspires exhilarating imaginative play.

The dragon toy comes with 4 minifigures: Island Lloyd, Island Zane, PoulErik and Thunder Keeper, all armed with weapons so kids can play out gripping clashes to grab the storm amulet. There is also a surfboard with a shooting function to add even more fun to battles.

LEGO NINJAGO toys make great gifts for kids who want to escape to an exciting and immersive fantasy world where they can team up with their heroes to battle a succession of evil villains. Ninja fans can play with an amazing collection of fun toys including dragons, jets and vehicles.