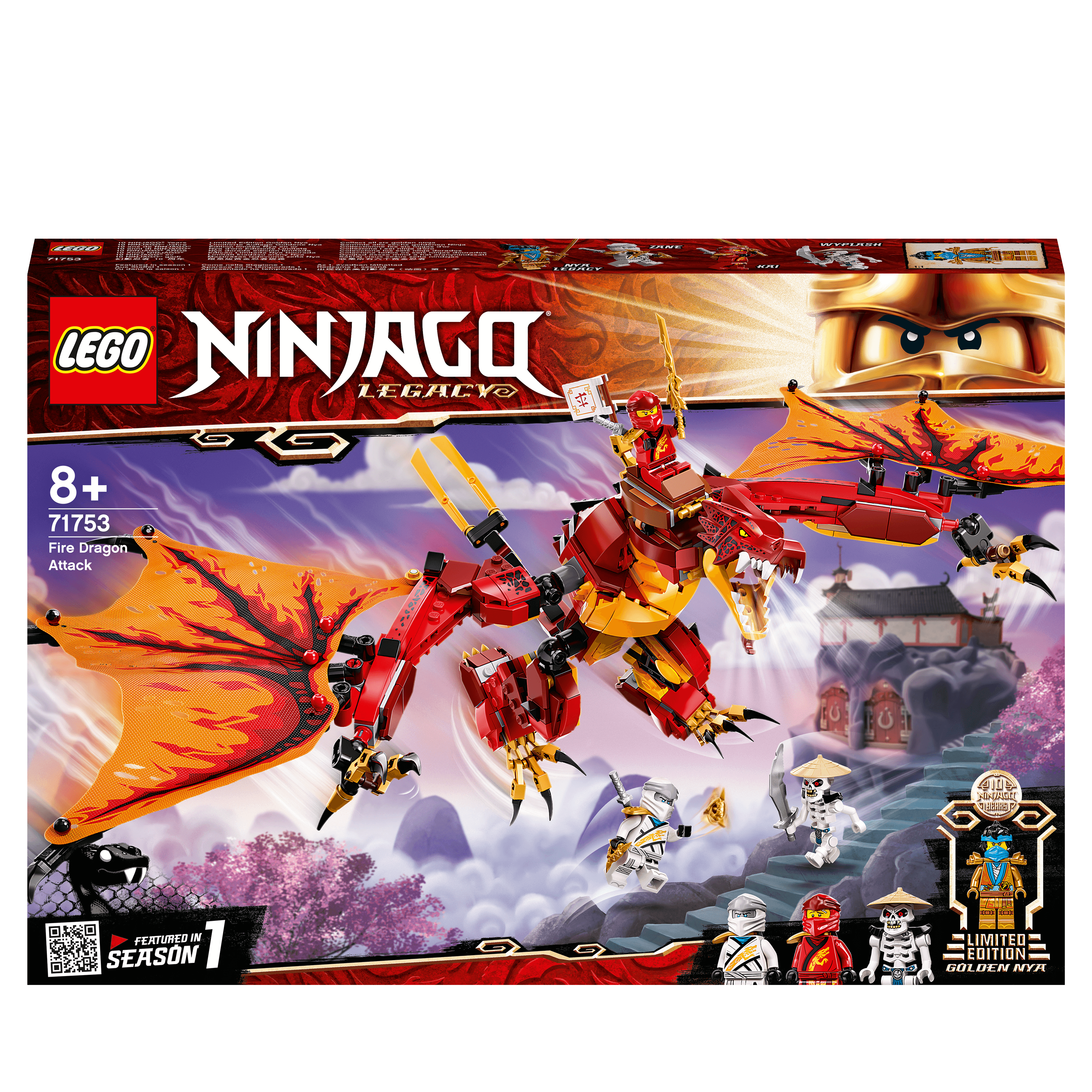 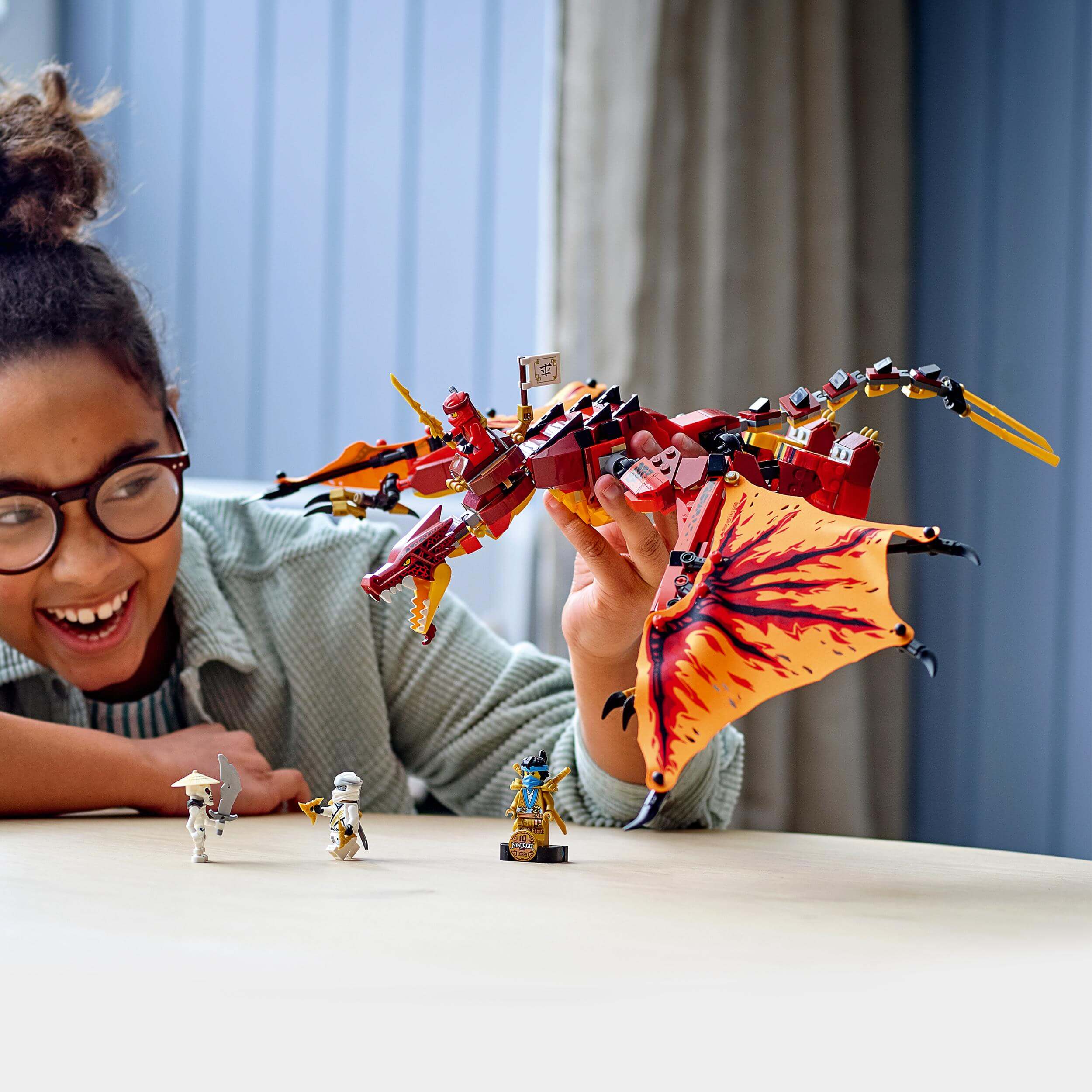 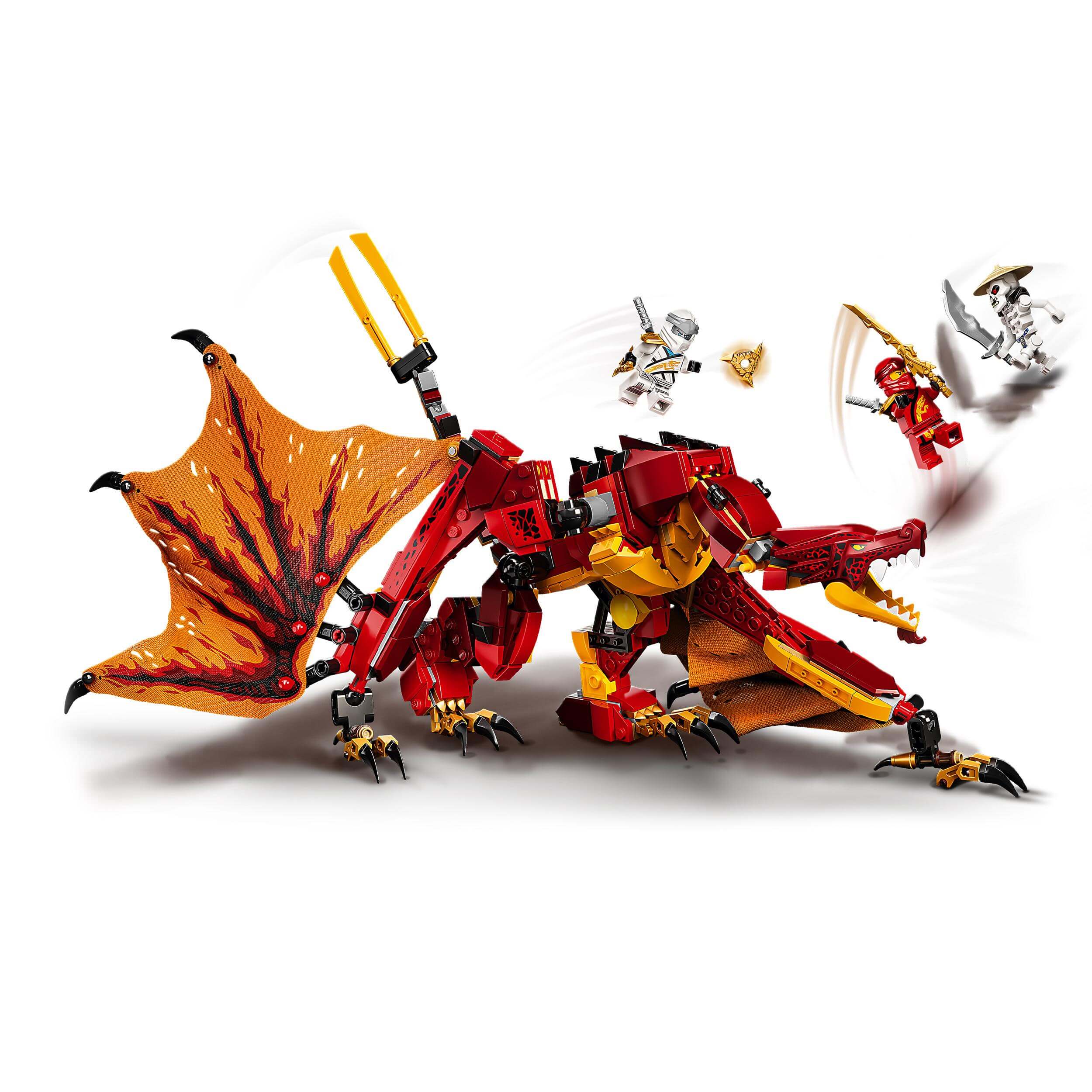 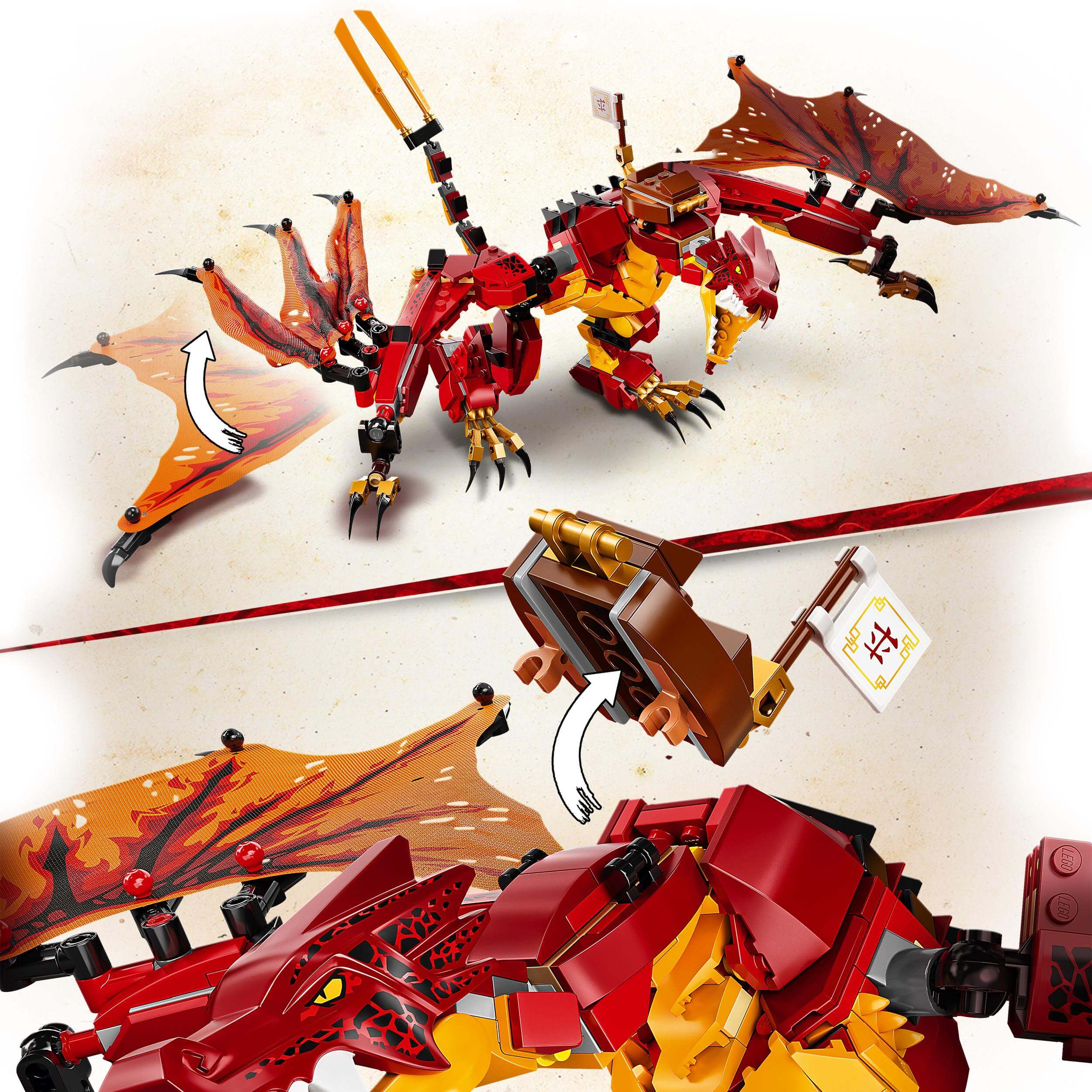 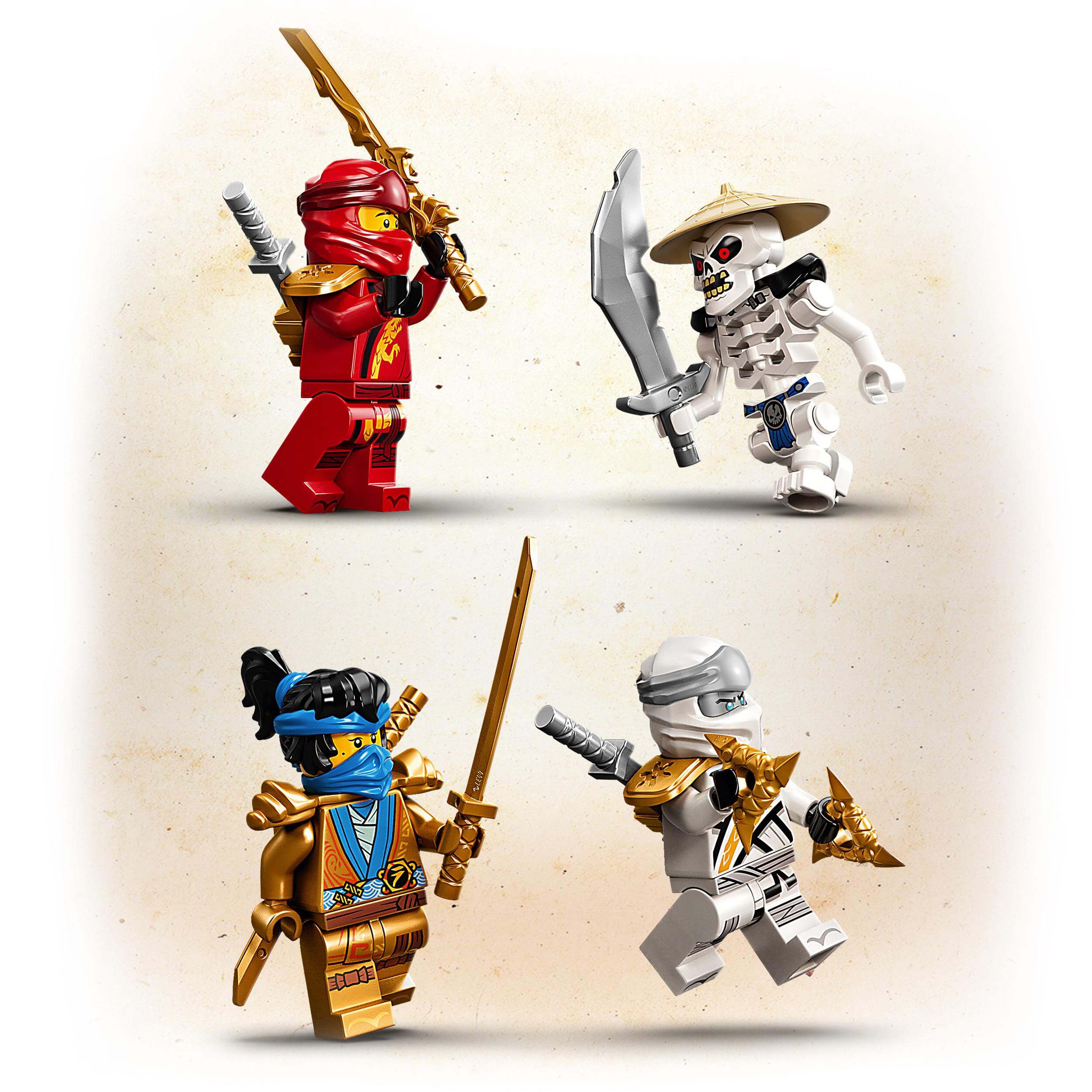 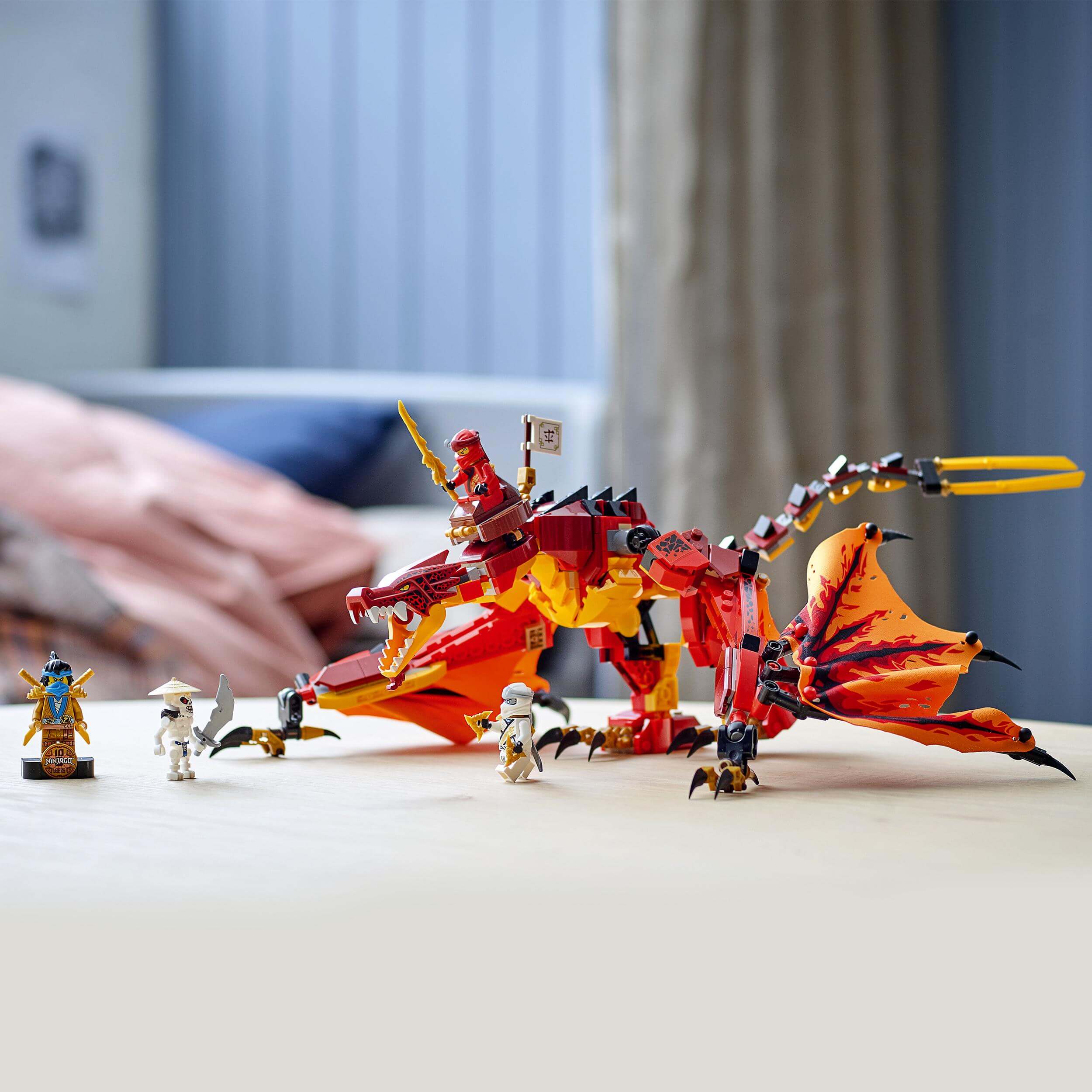 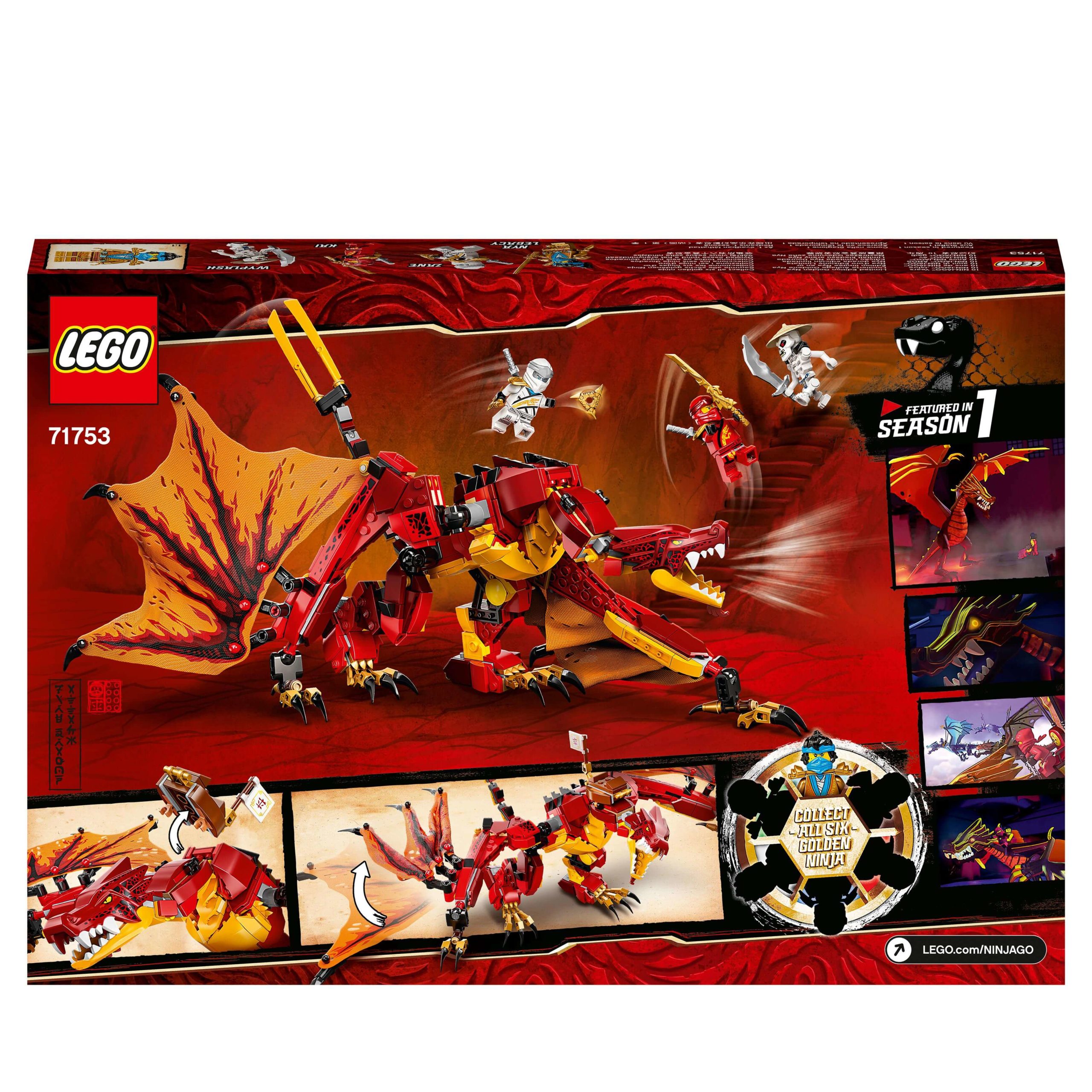 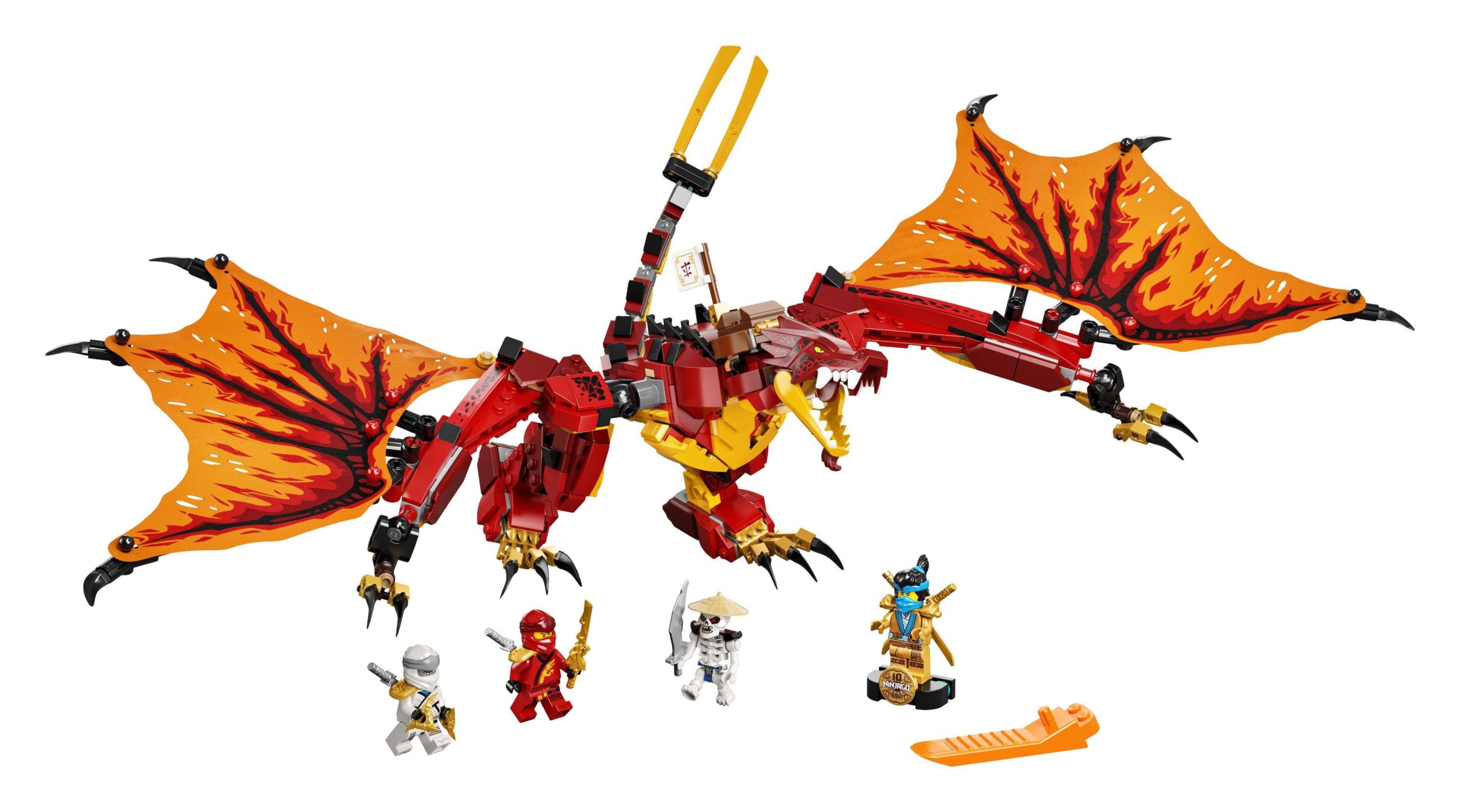 Ninja fans will love playing out aerial adventures from season 1 of the LEGO NINJAGO TV series with the updated Fire Dragon Attack (71753) building set. The impressive dragon toy is ideal for inspiring gripping roleplay action with its posable tail, legs, jaw and wings.

The Dragon toy construction set comes with 4 cool minifigures: ninjas Kai, Zane and Nya Legacy, plus their fierce enemy Wyplash, for kids to stage epic good vs. evil clashes. New for June 2021, Nya Legacy is a never-seen-before golden, collectible minifigure with a stand to celebrate 10 years of NINJAGO playsets.

LEGO NINJAGO sets provide kids with an escape to a fantasy world of amazing action where they can team up with their heroes to take on a cast of fearsome villains as they play with a wonderful collection of building kits including mechs, bikes and dragons.