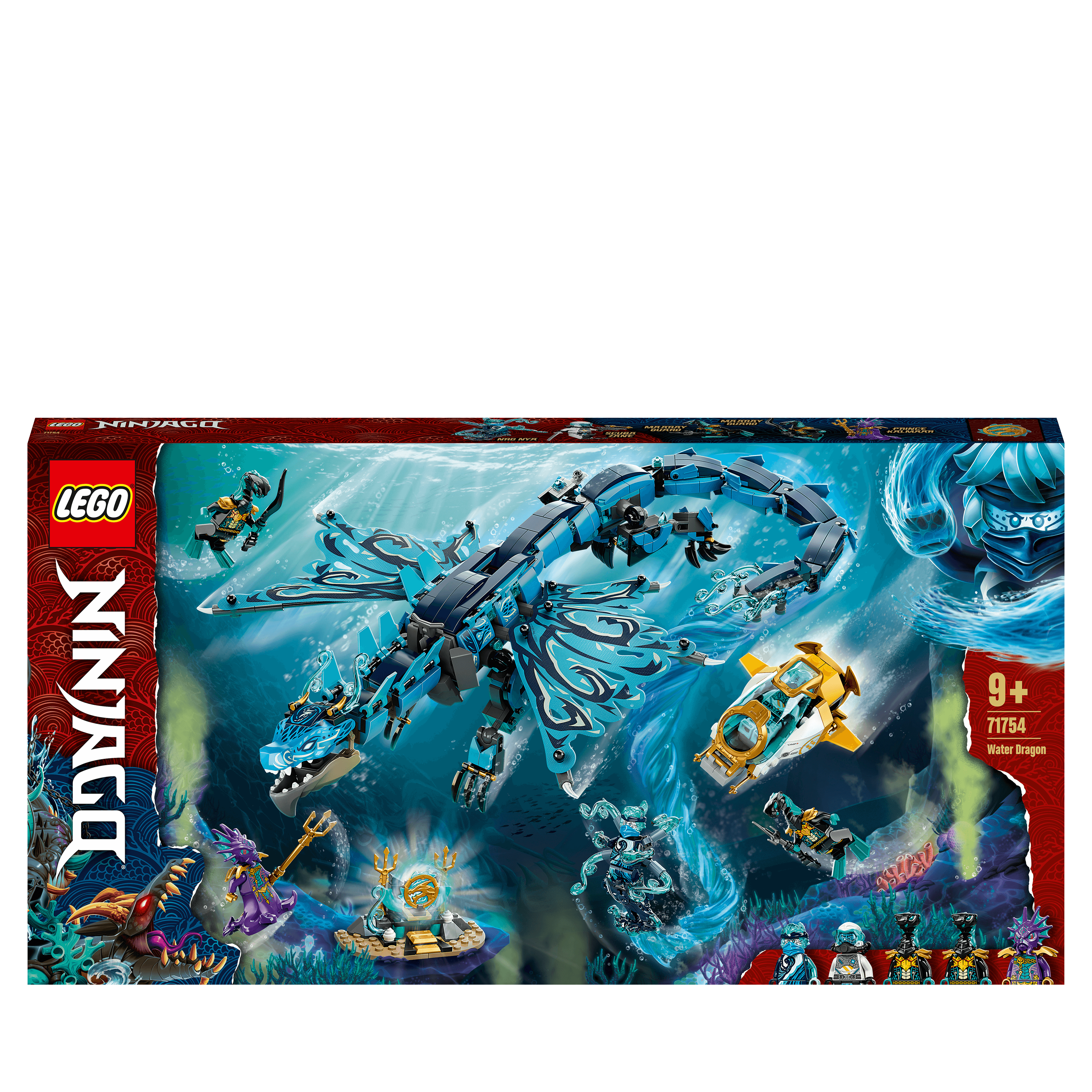 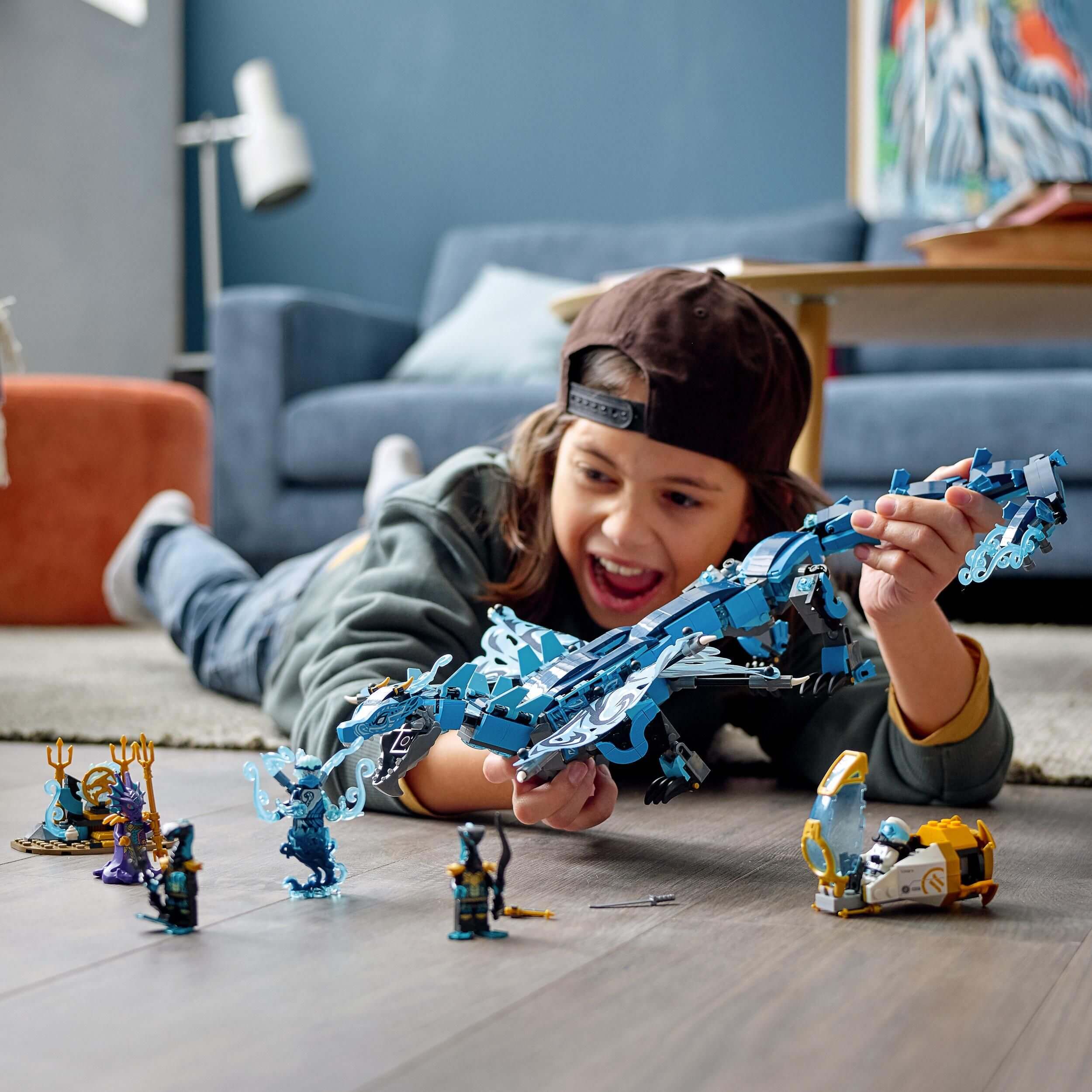 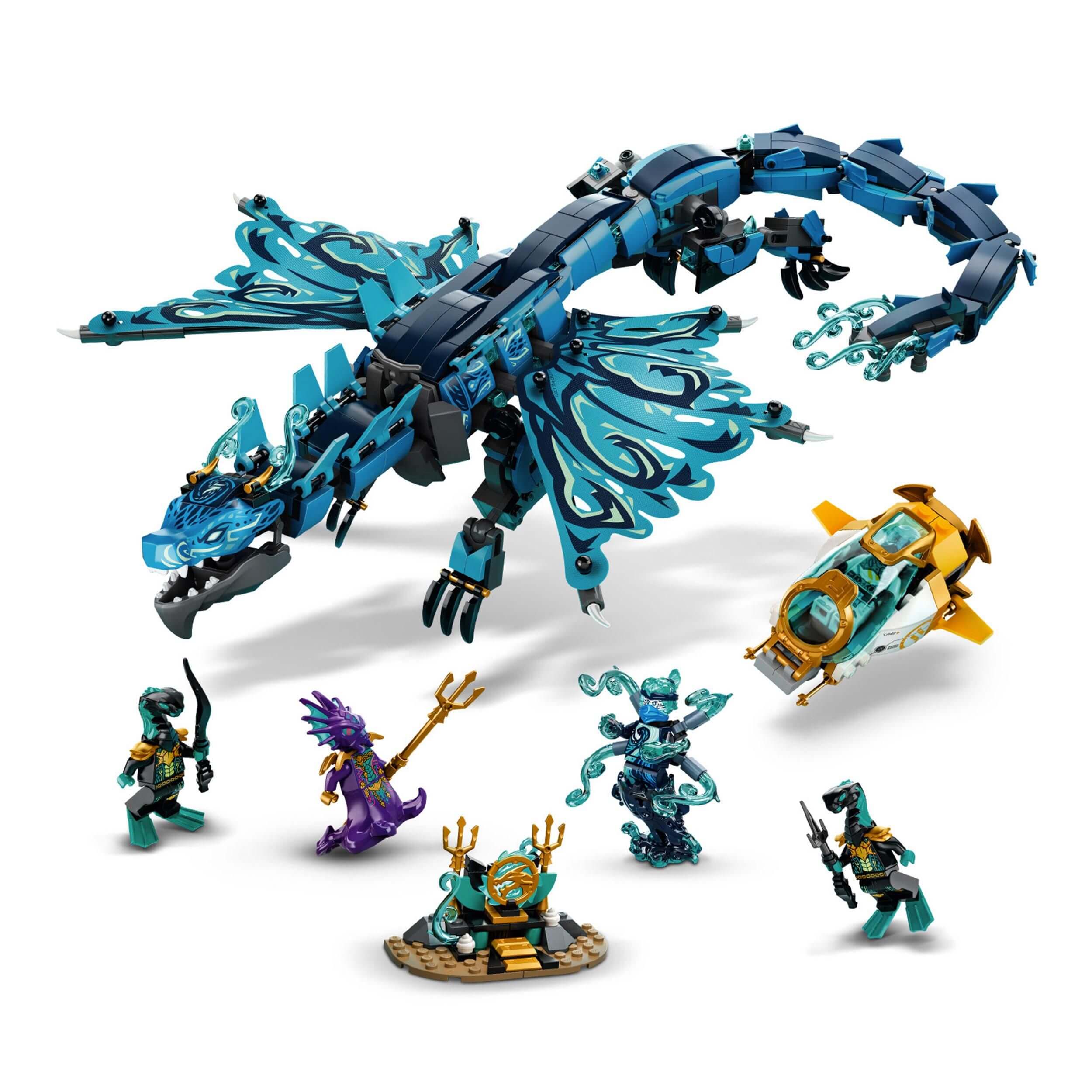 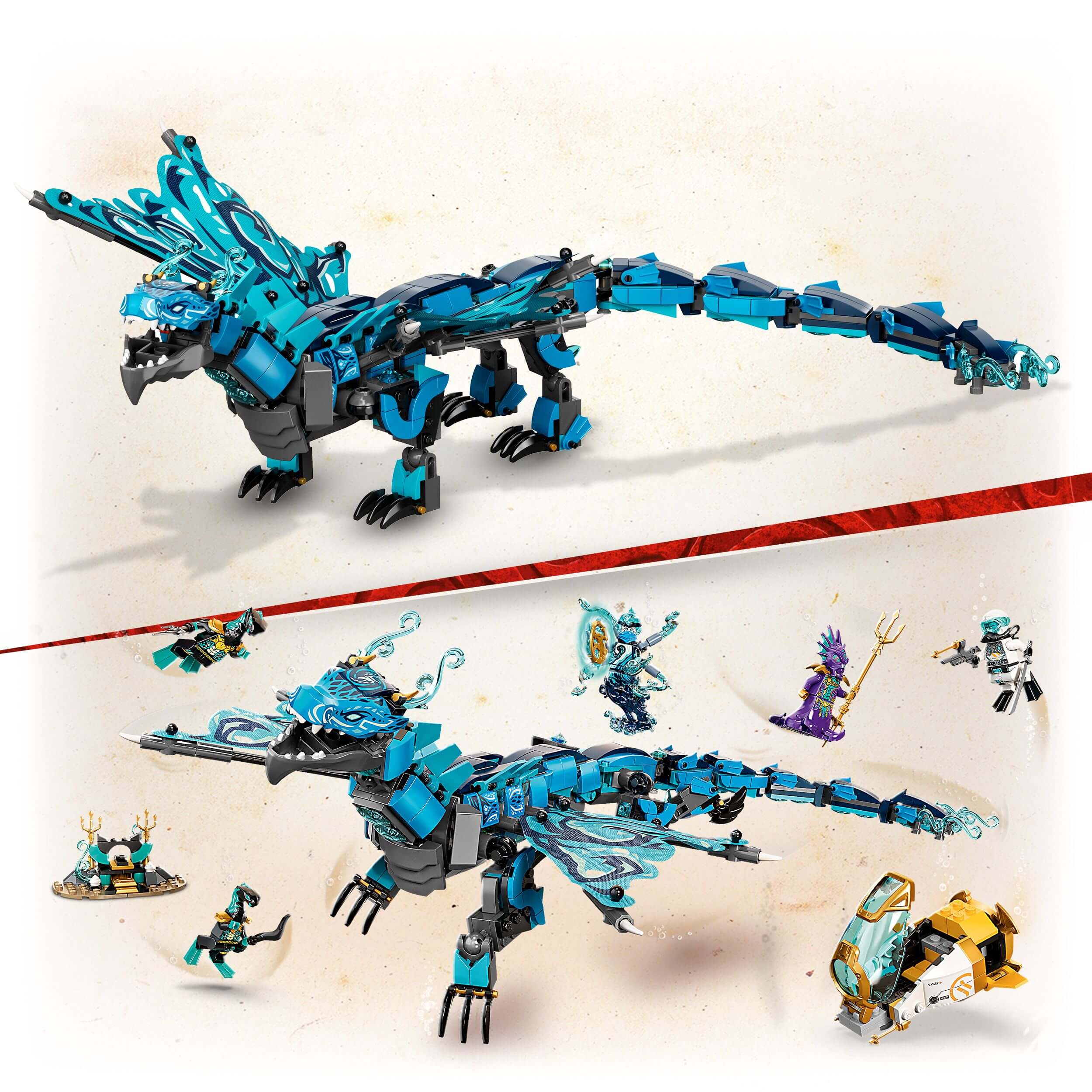 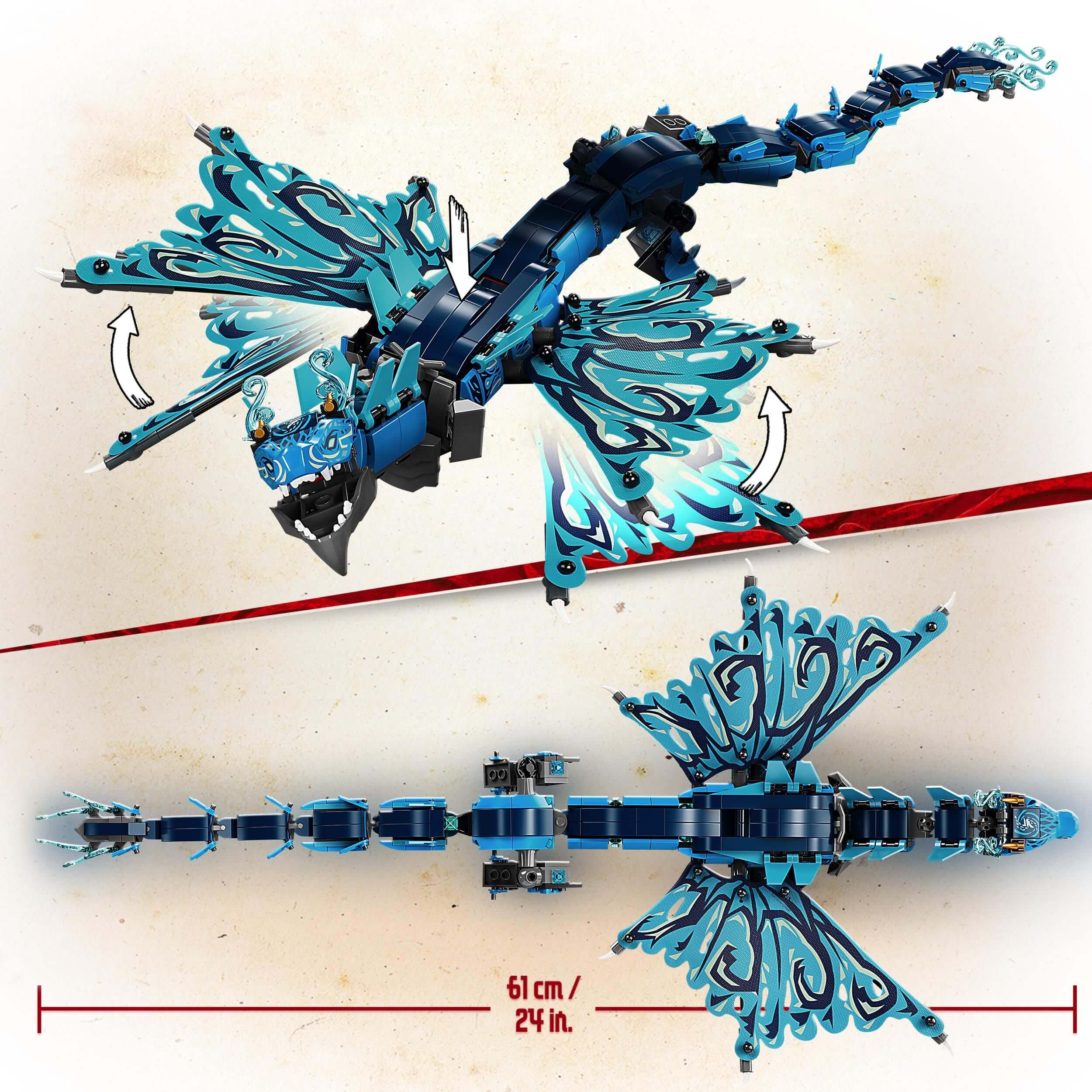 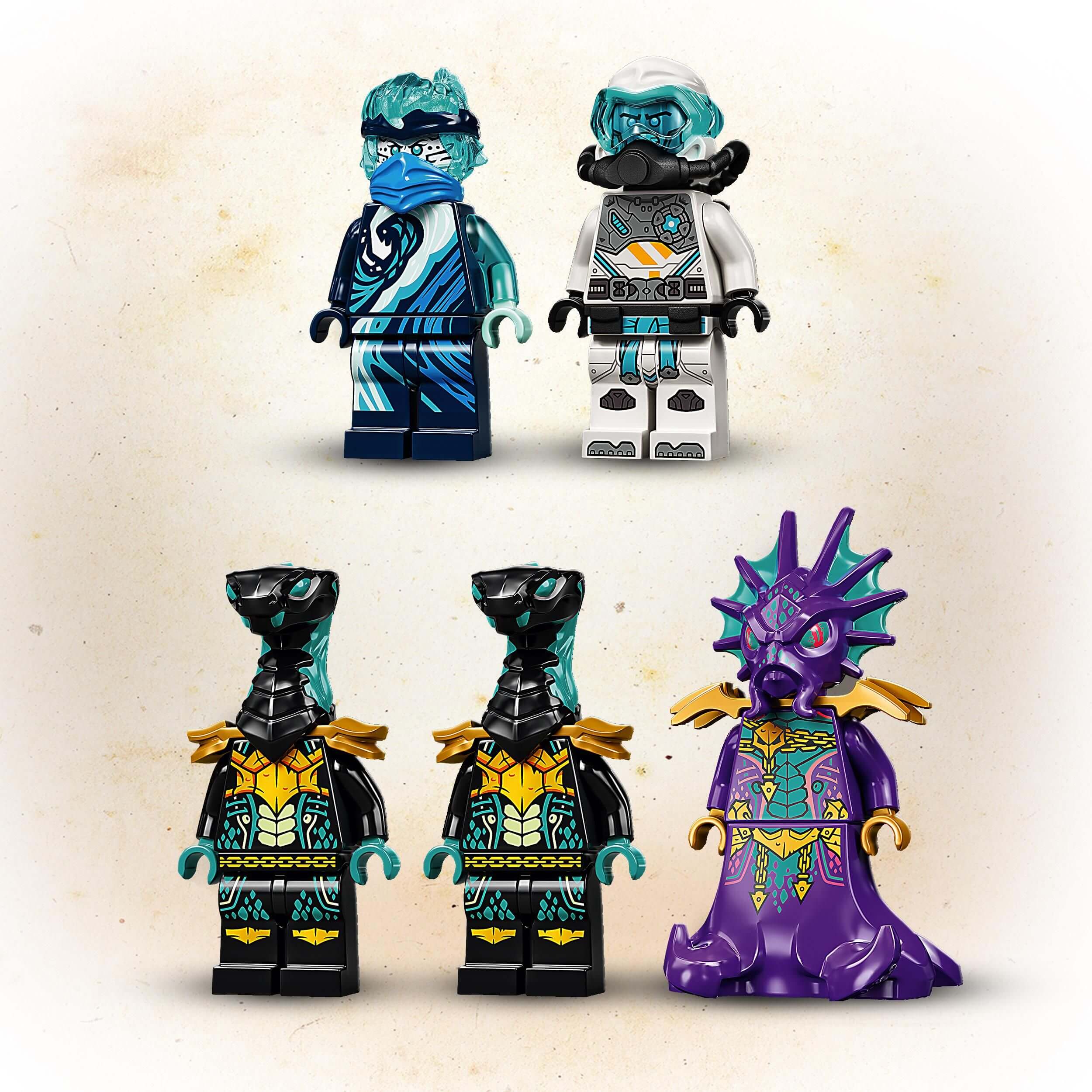 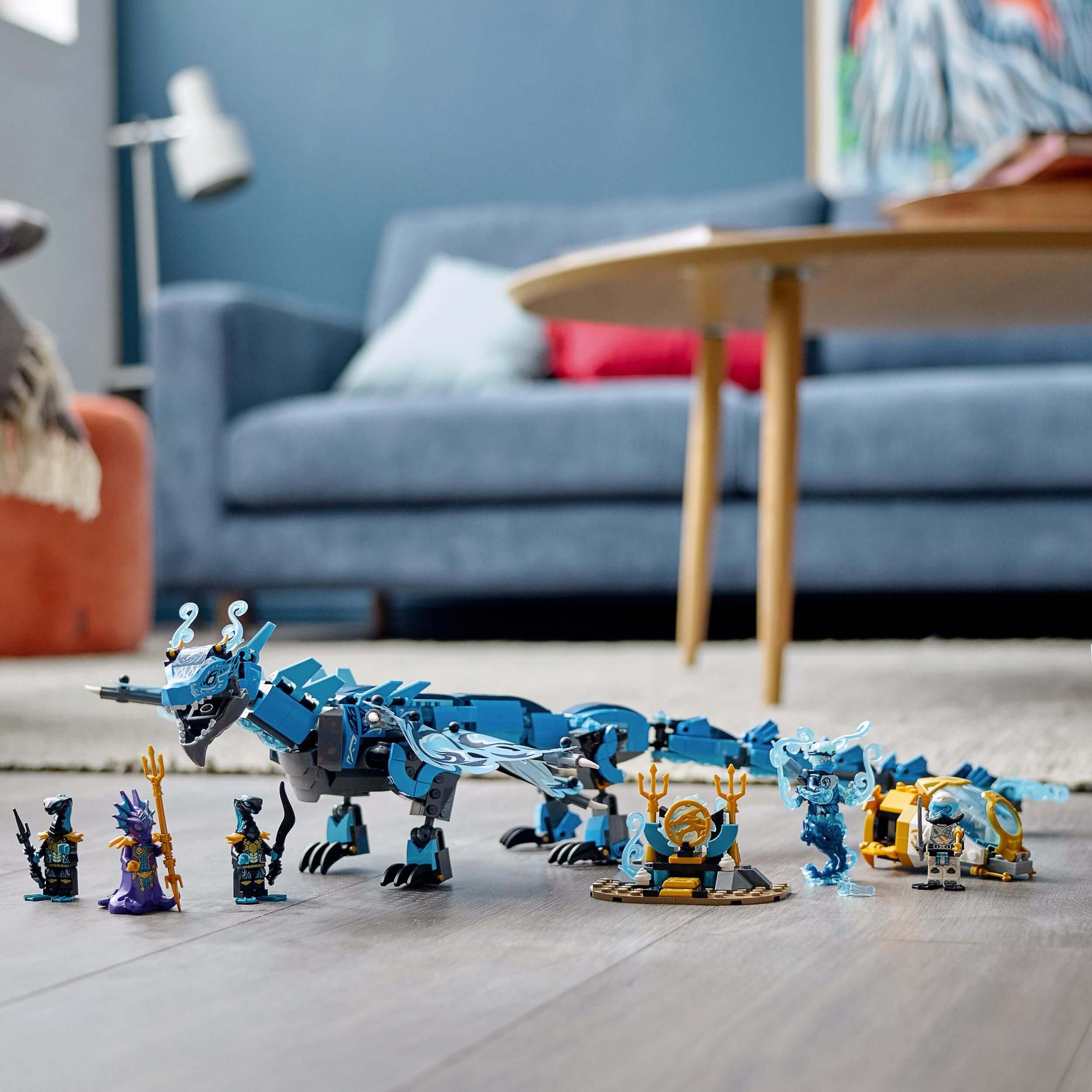 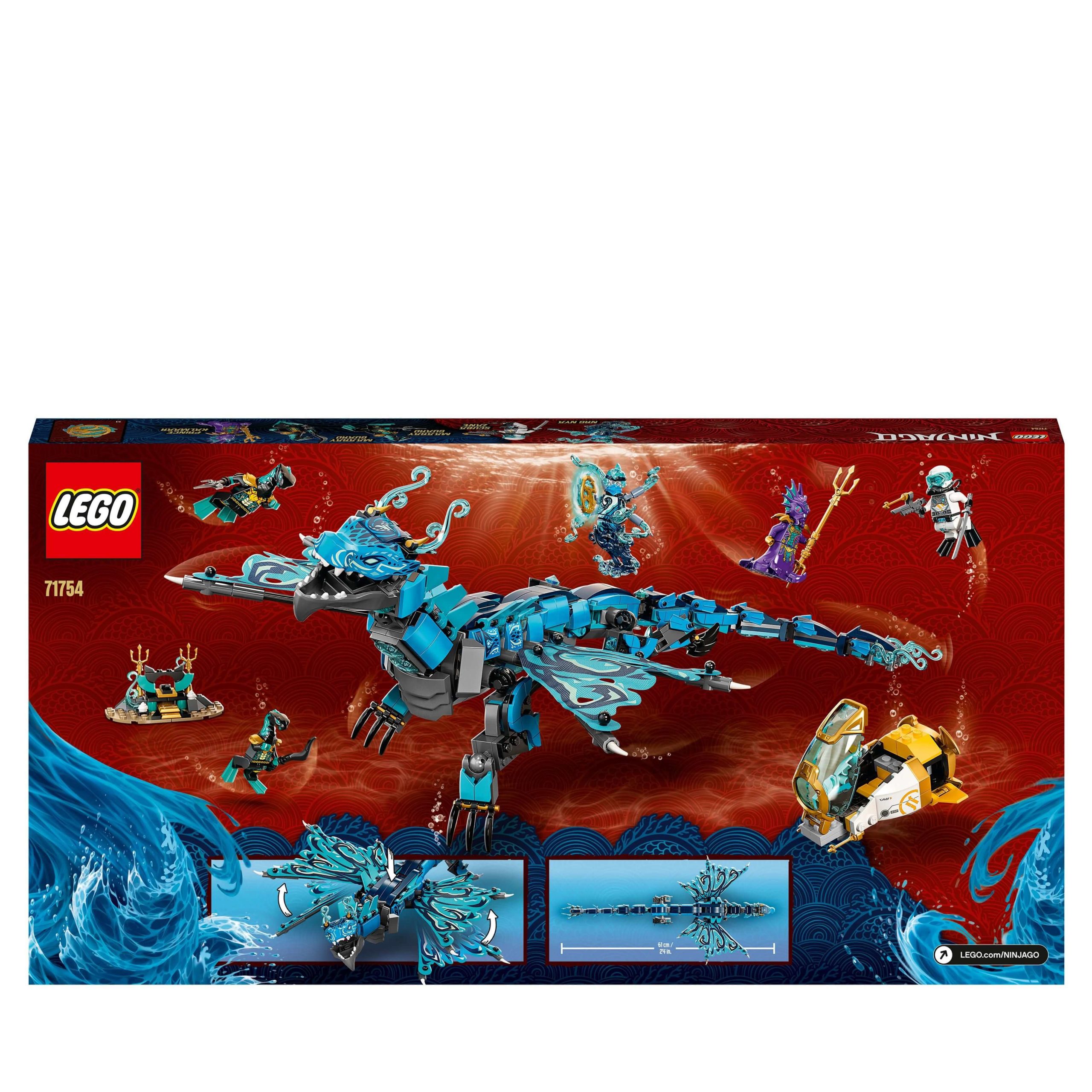 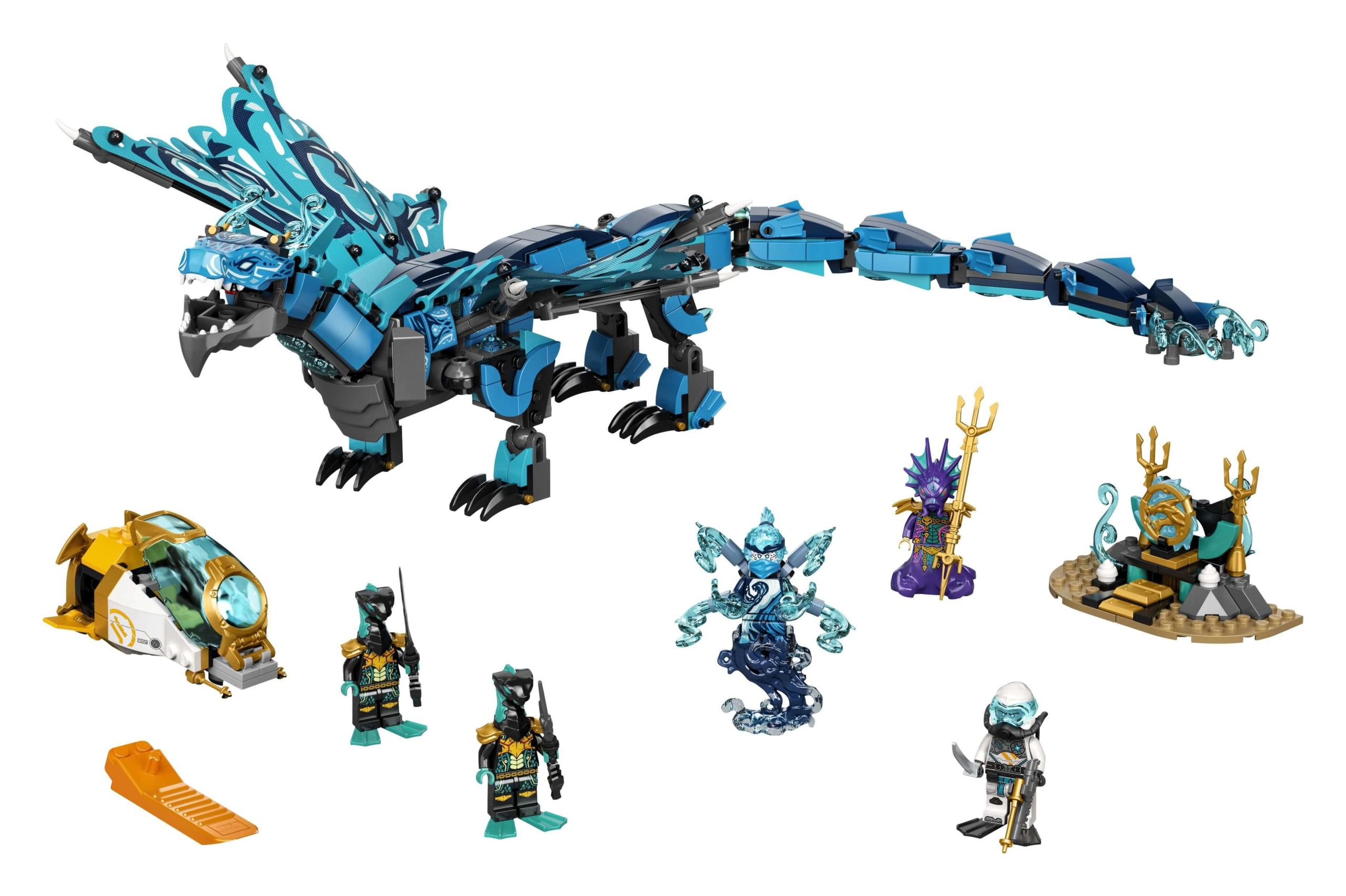 Incredible stories from the NINJAGO: Seabound TV series can be played out by kids with this highly detailed Water Dragon (71754) playset. The impressive dragon toy has a posable head, jaw, legs, neck, wings and a moving tail that can be used as a weapon, to help fuel hours of enriching play for youngsters.

The ninja toy for kids 9+ years old comes with 5 minifigures: NRG Nya, Scuba Zane with flippers, Prince Kalmaar and 2 dangerous Maaray Guards for kids to act out exciting clashes to win the prized wave amulet. There is also a mini- submarine toy with a cockpit for Scuba Zane to ride in, and a display stand for the amulet.

LEGO NINJAGO sets offer an escape to a fun-filled world of fantasy action where imaginative kids can join forces with their ninja heroes in the never-ending battle to defend NINJAGO City. Ninja fans and their friends can choose to play with a vast collection of building toys including powerful mechs, detailed ships and superfast jets.