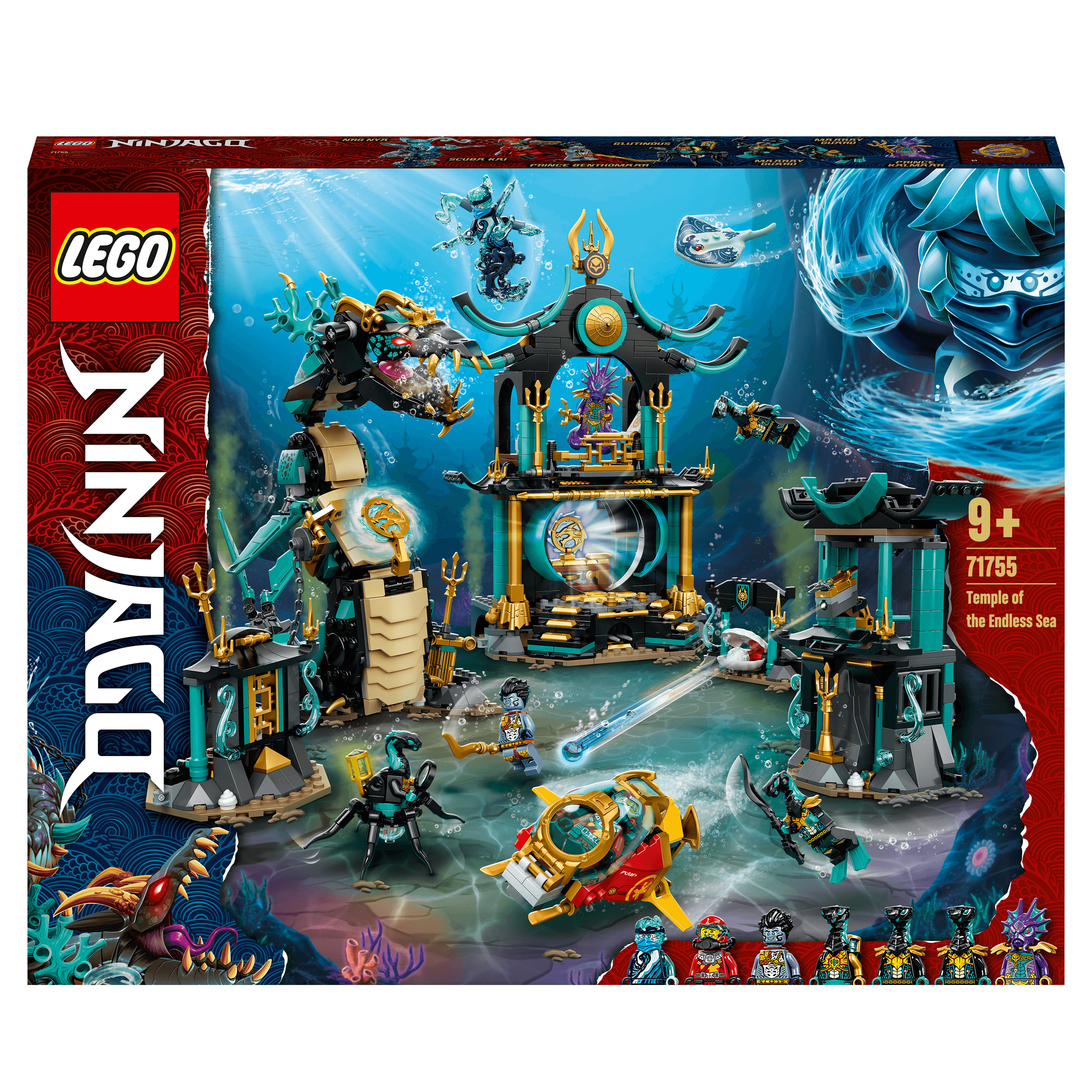 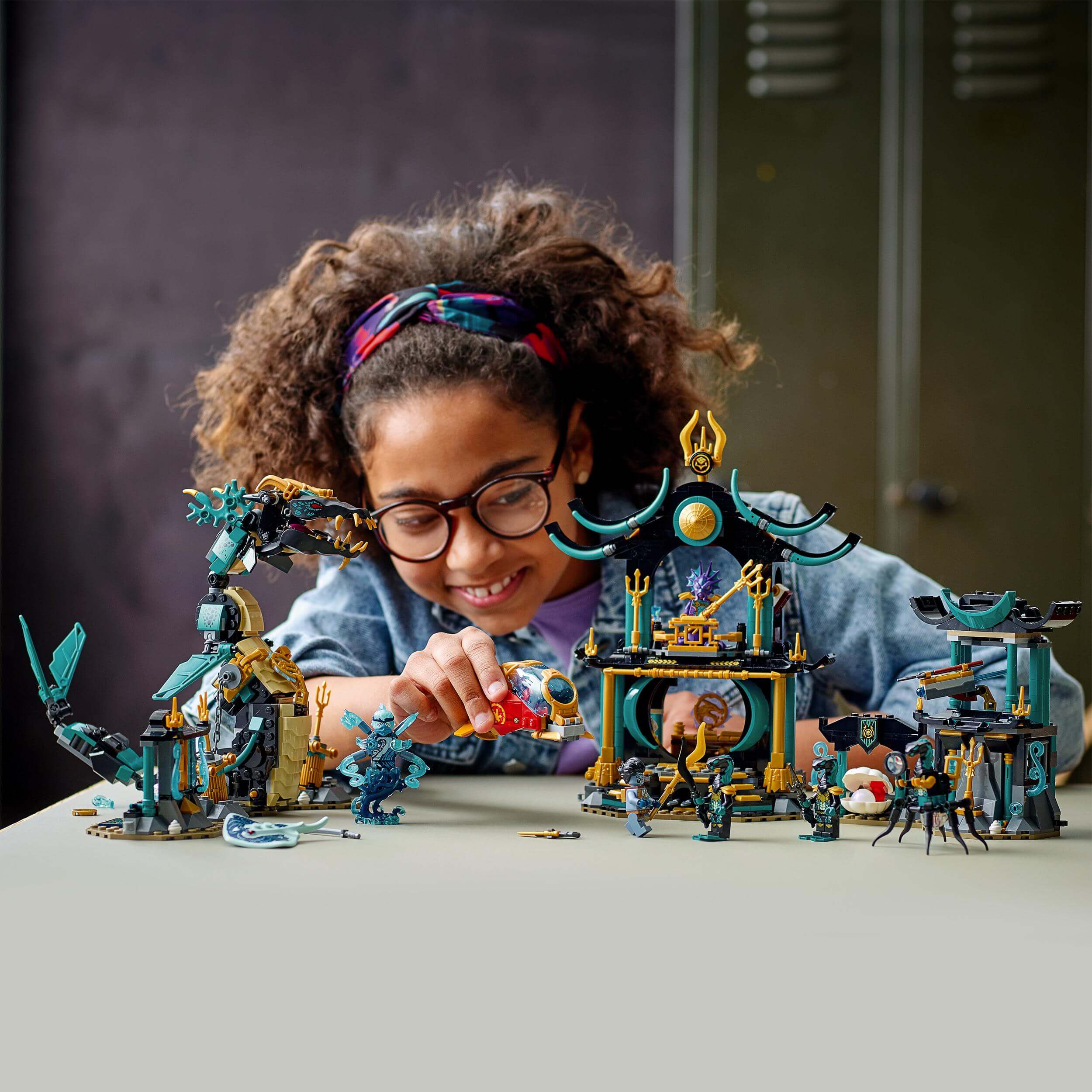 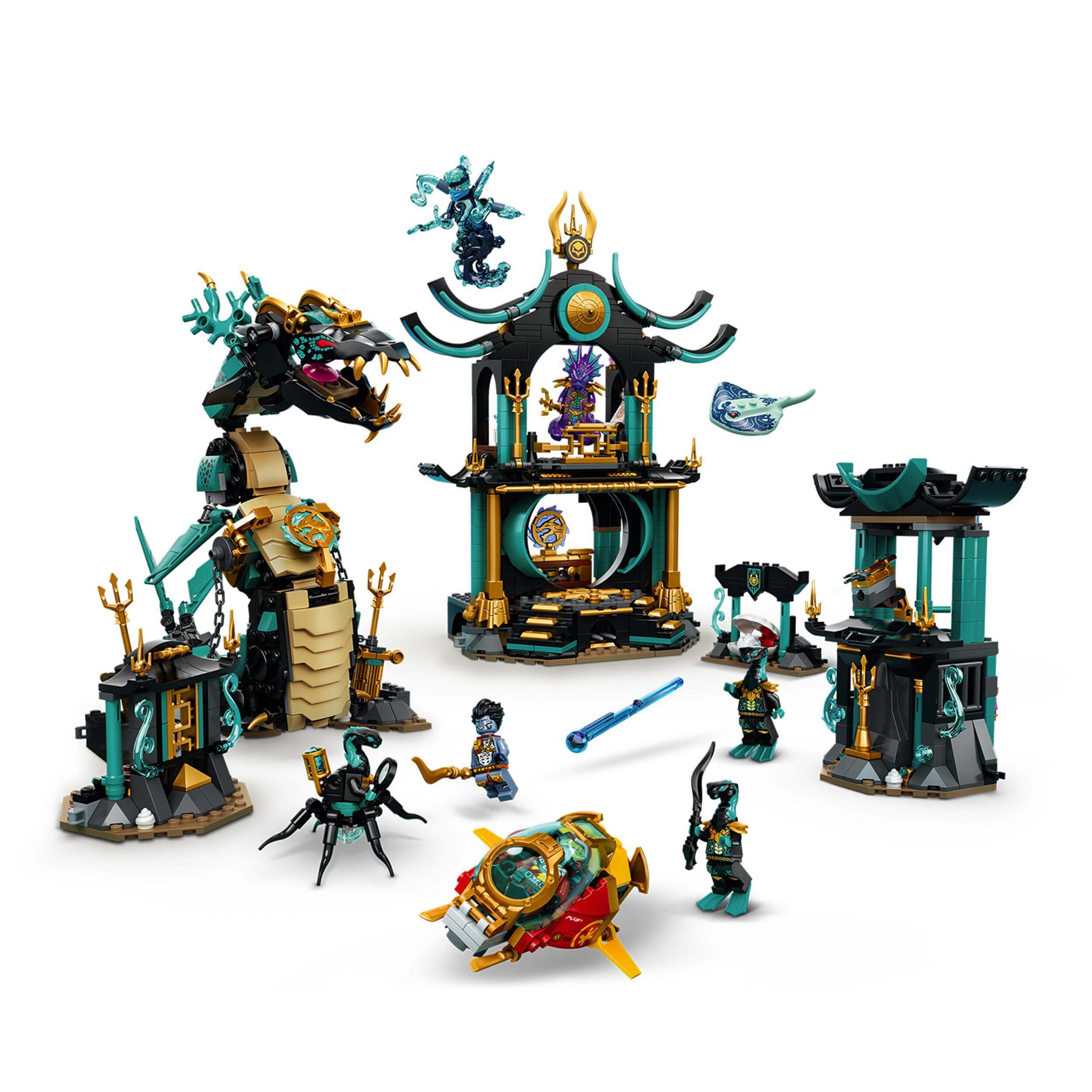 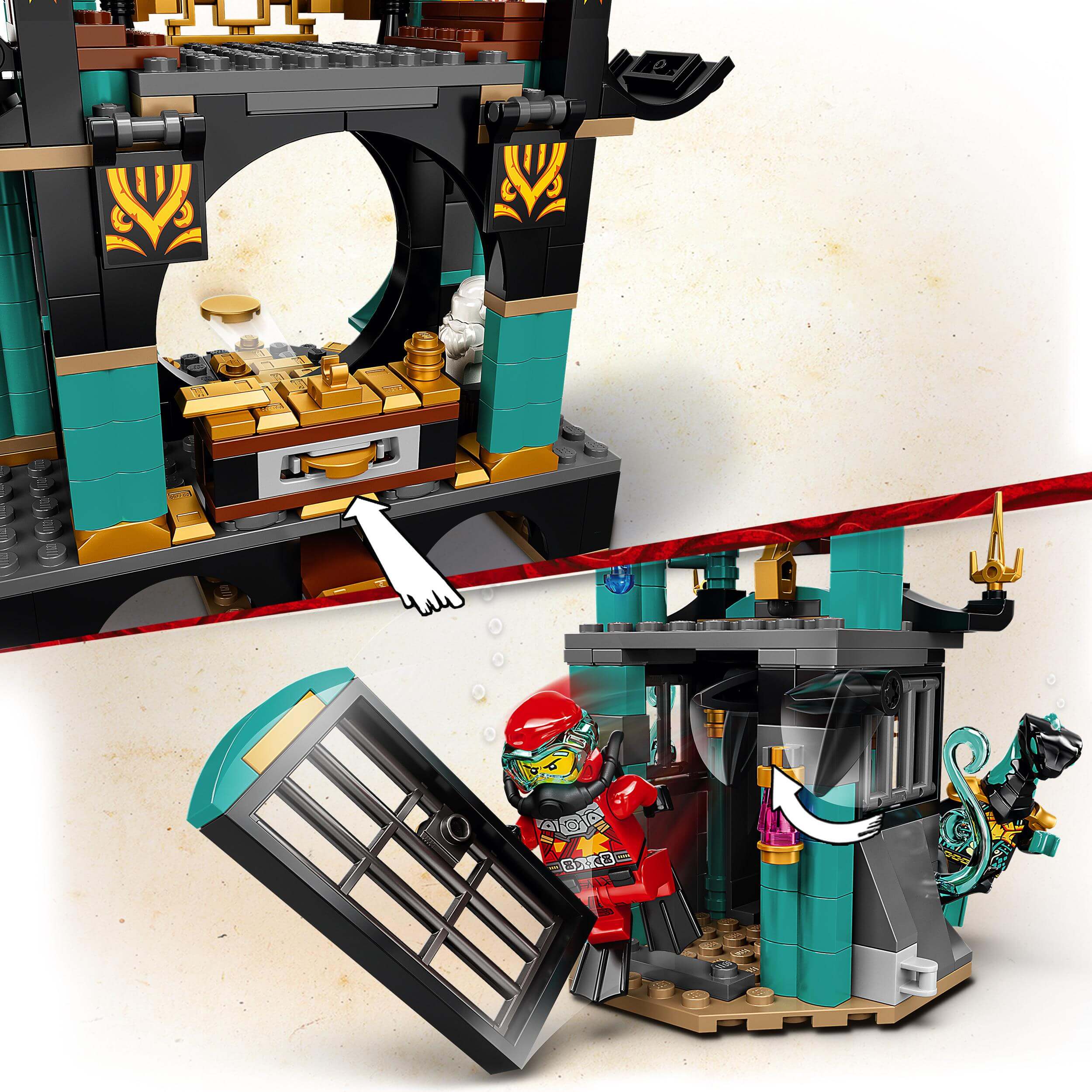 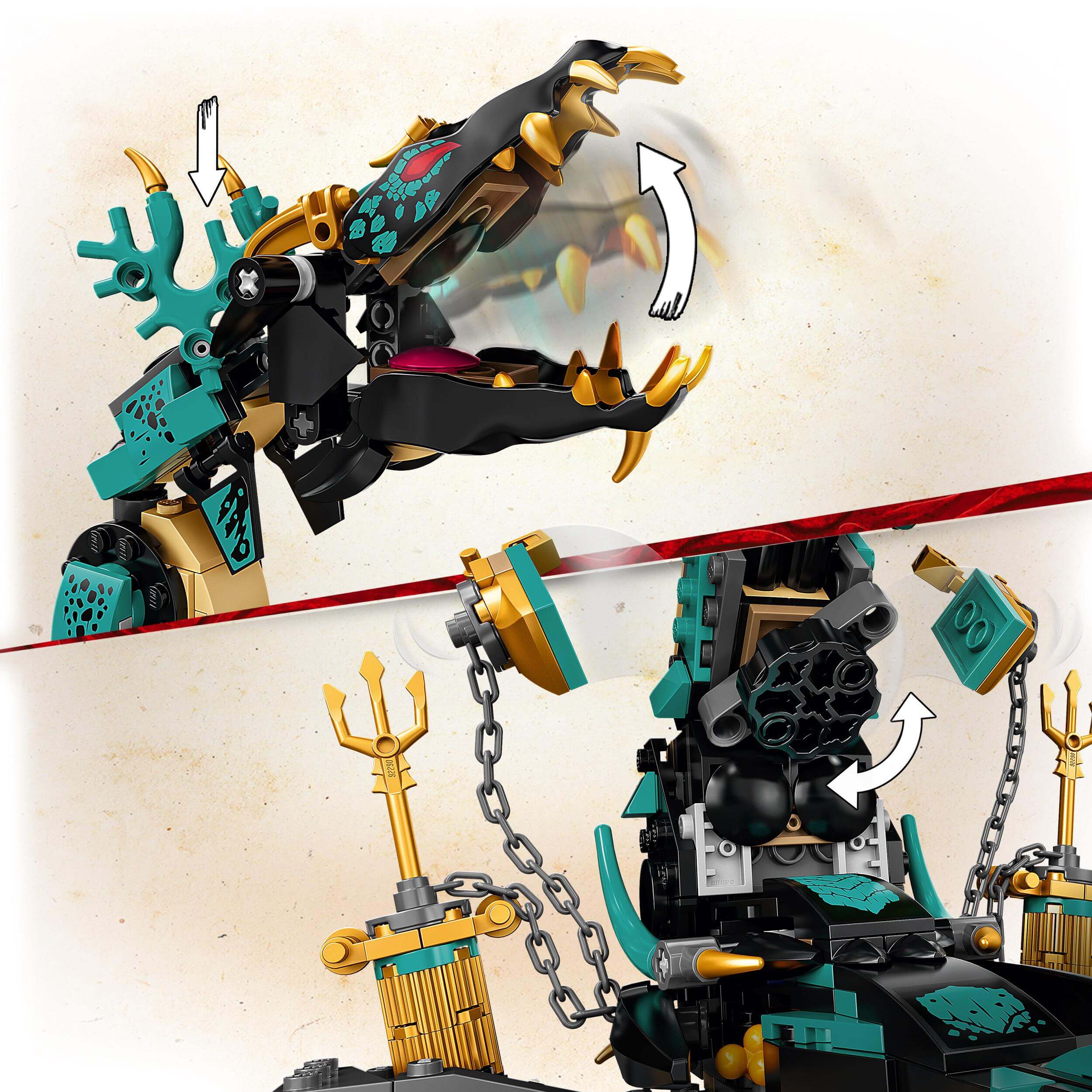 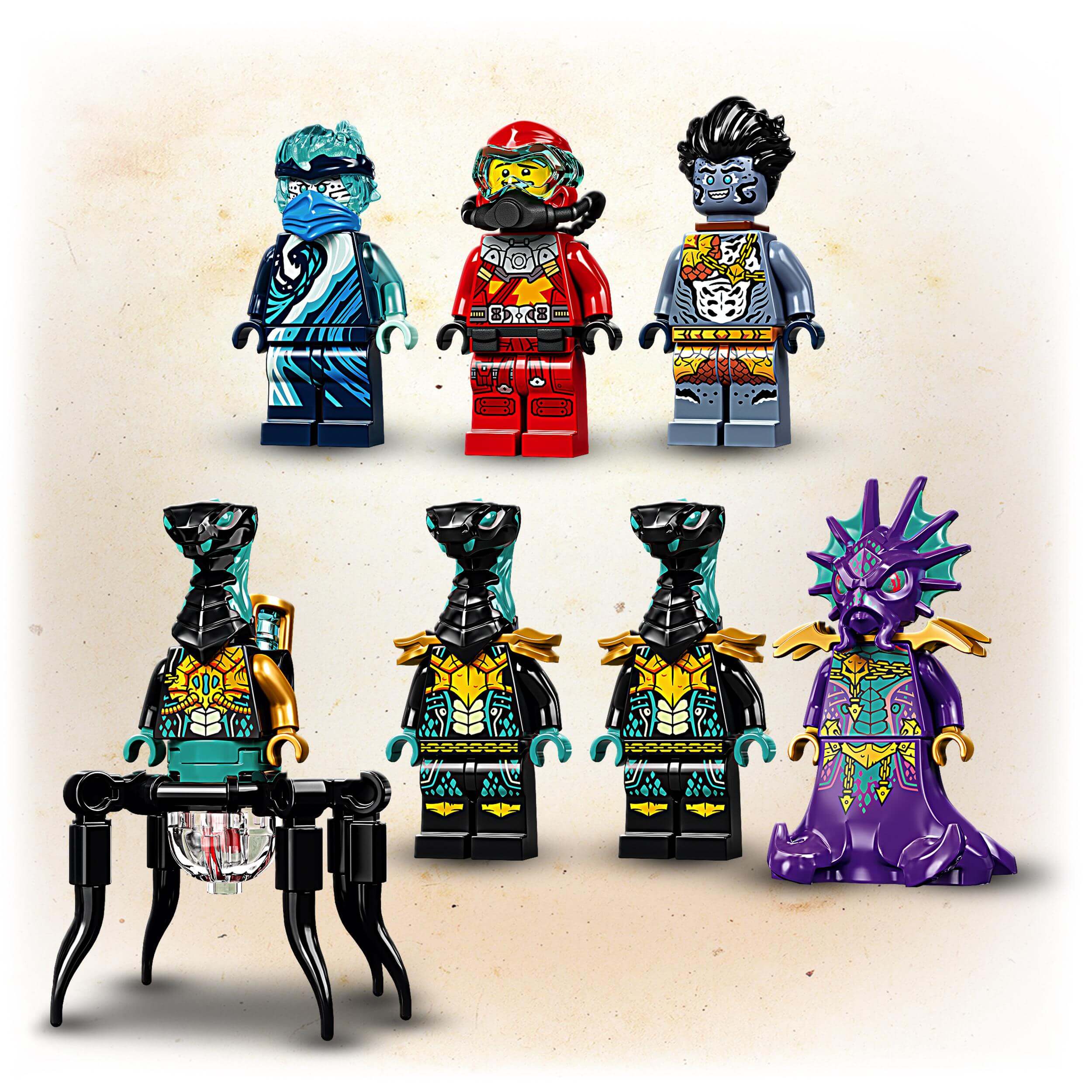 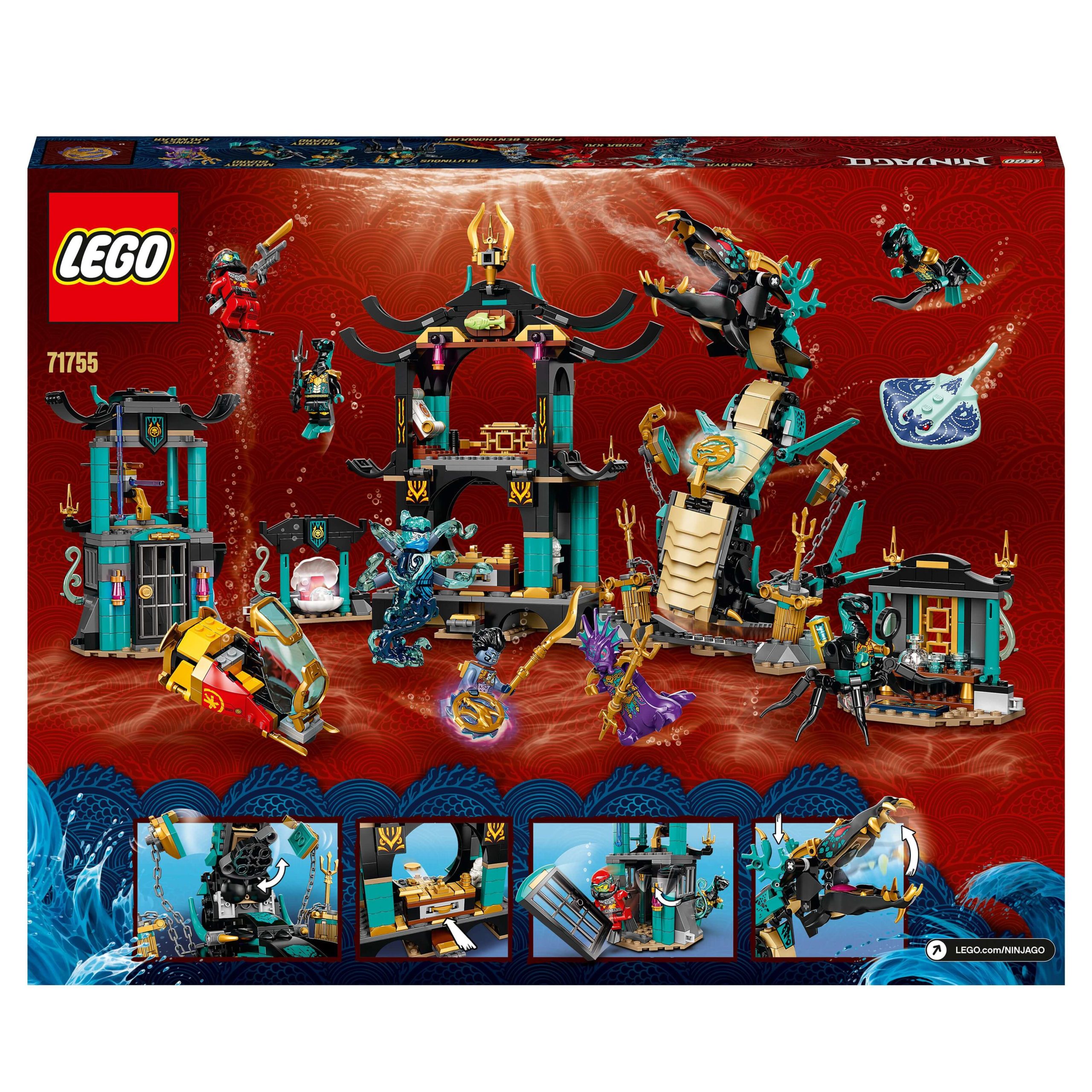 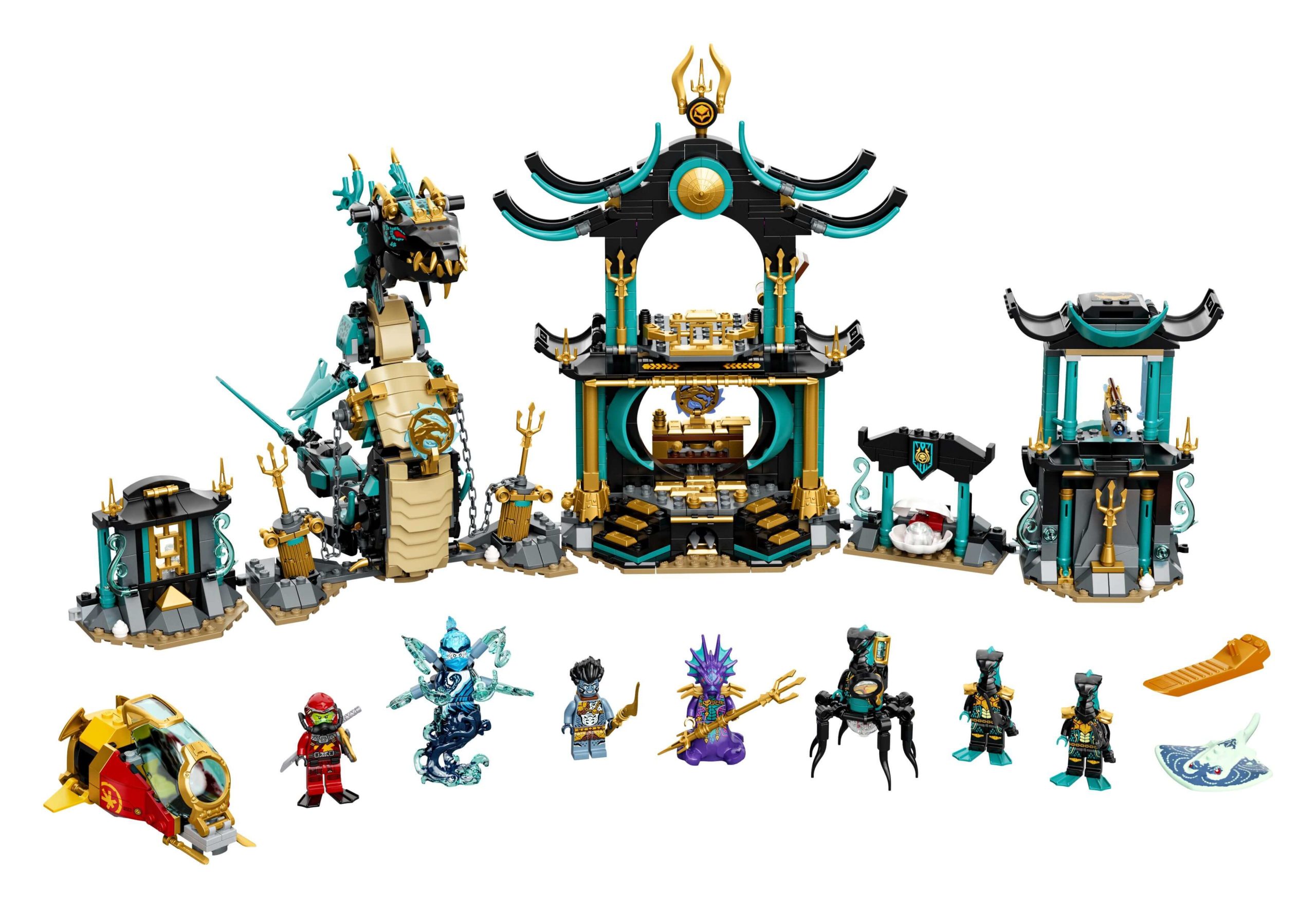 Ninja fans can re-enact adventures from the LEGO NINJAGO: Seabound TV series with the Temple of the Endless Sea (71755) building set, a ninja toy for kids 9 + years old. This detailed premium ninja playset includes a laboratory, a prison, a submarine, a manta ray and the sea serpent Wojira in chains.

The LEGO NINJAGO set also features 7 minifigures: Scuba Kai, NRG Nya, Glutinous, Prince Kalmaar, Prince Benthomaar and 2 Maaray Guards for kids to act out amazing clashes as they fight to gain control of the all-important wave and storm amulets that are also included in the set.

LEGO NINJAGO playsets immediately transport kids to an all-consuming world of fantasy action. Here they can join forces with their favourite ninja heroes to battle the forces of evil by playing with a brilliant collection of ninja toys, including jets, cars and mechs.