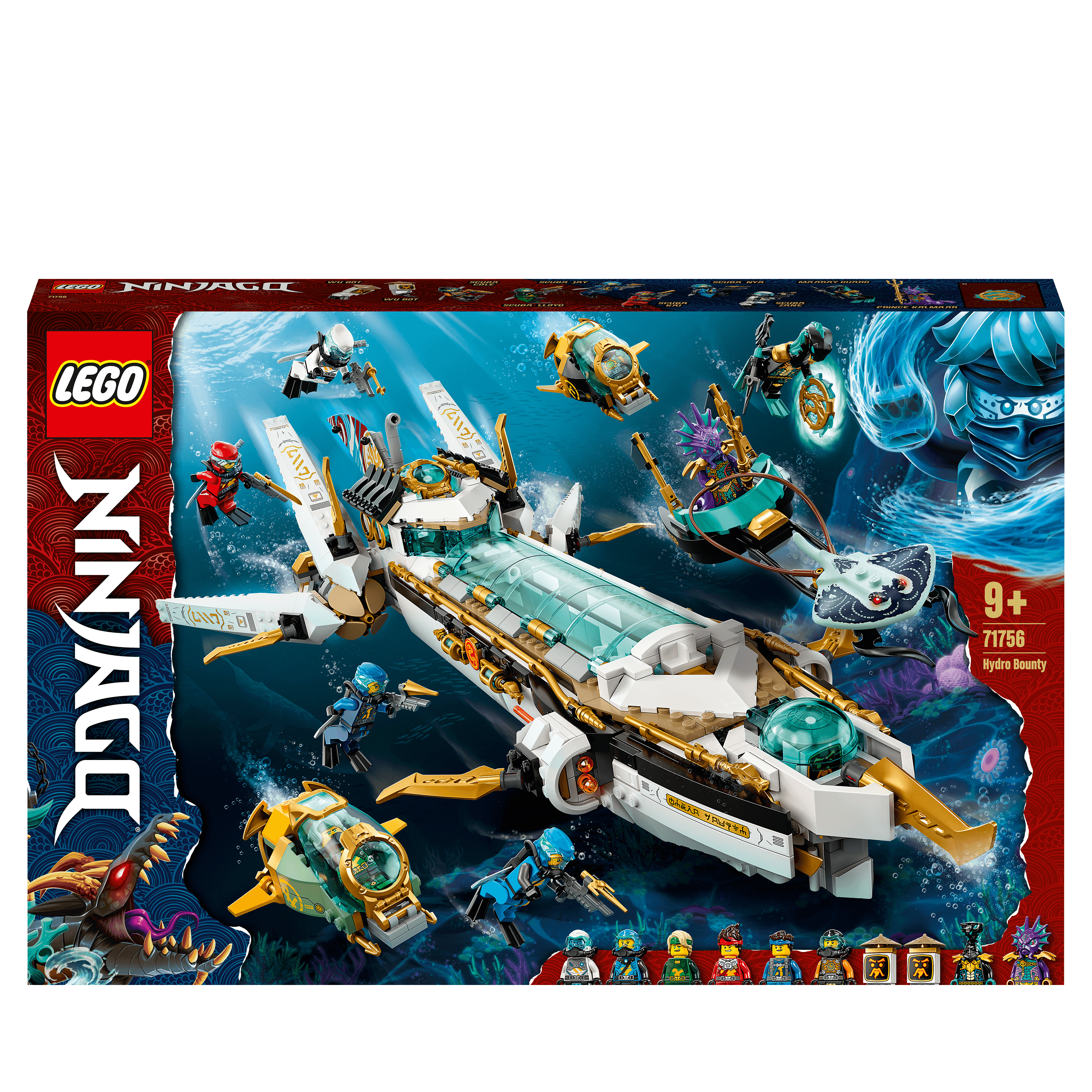 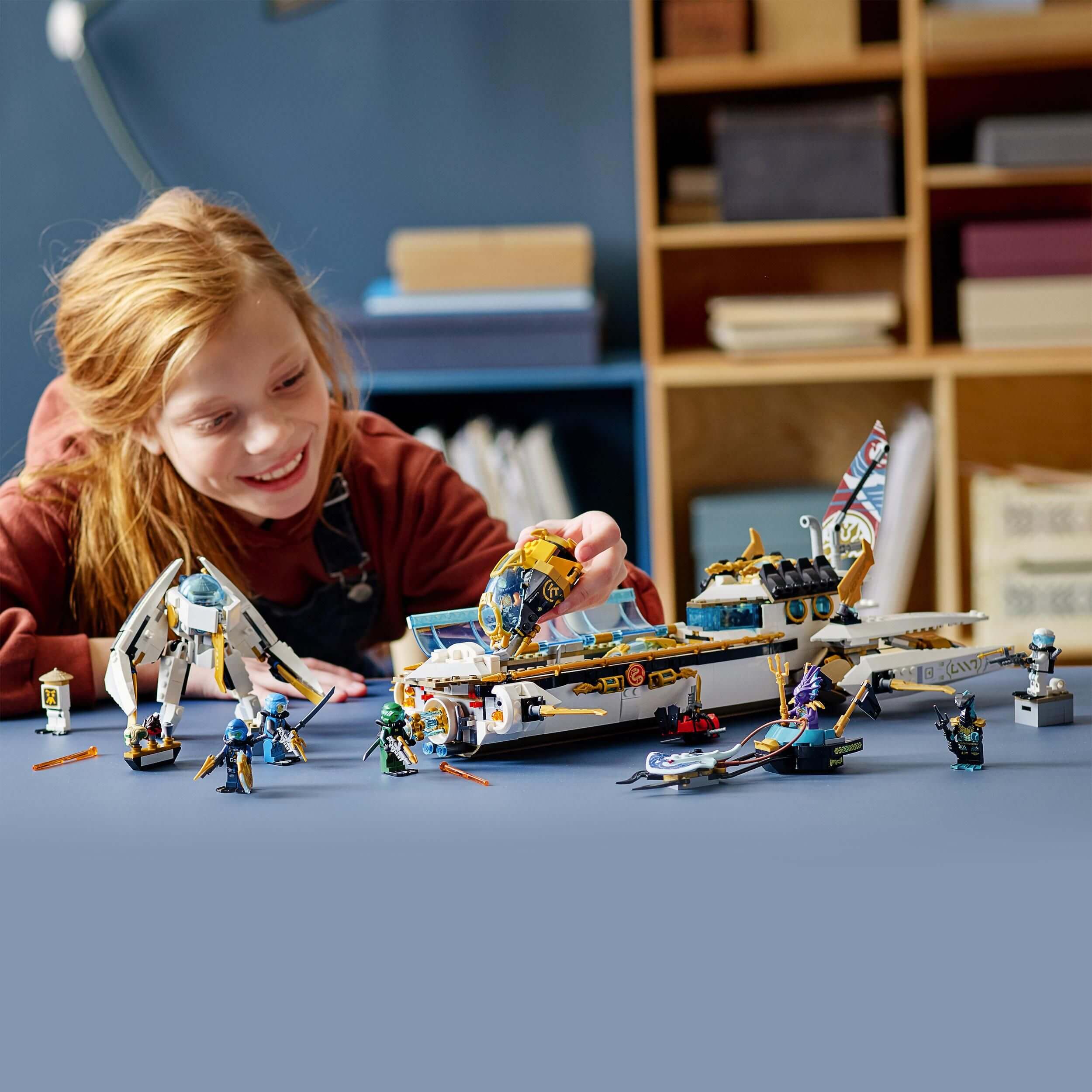 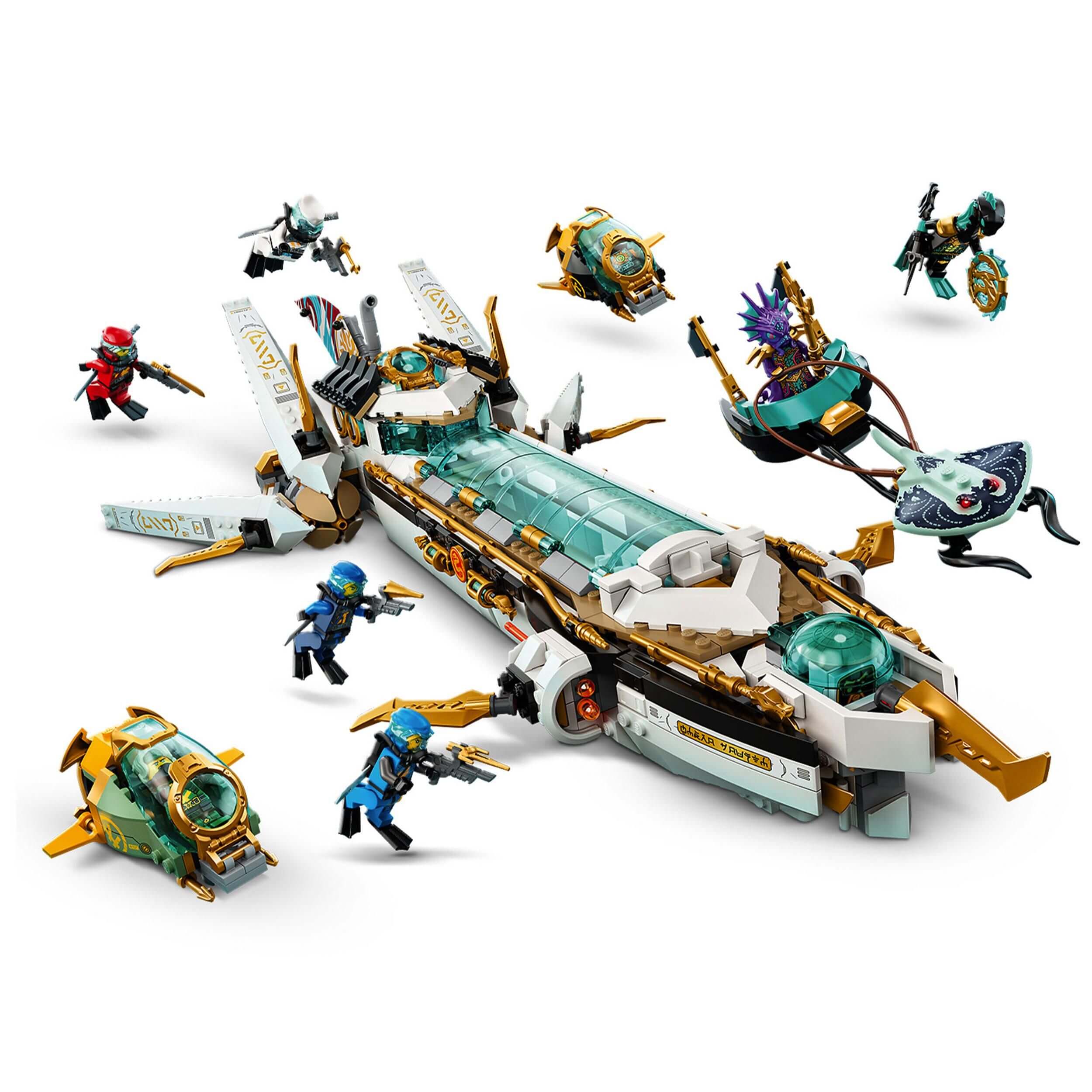 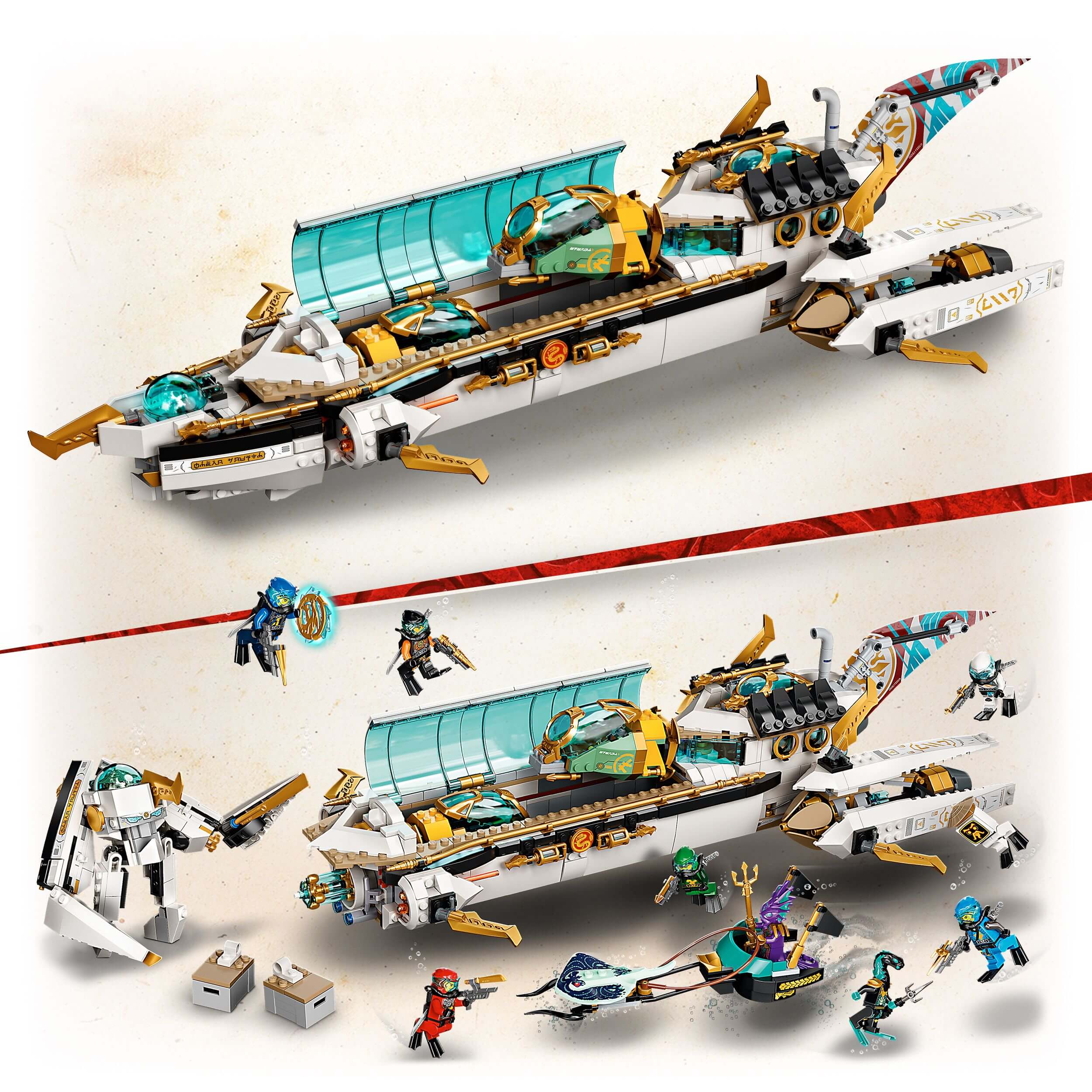 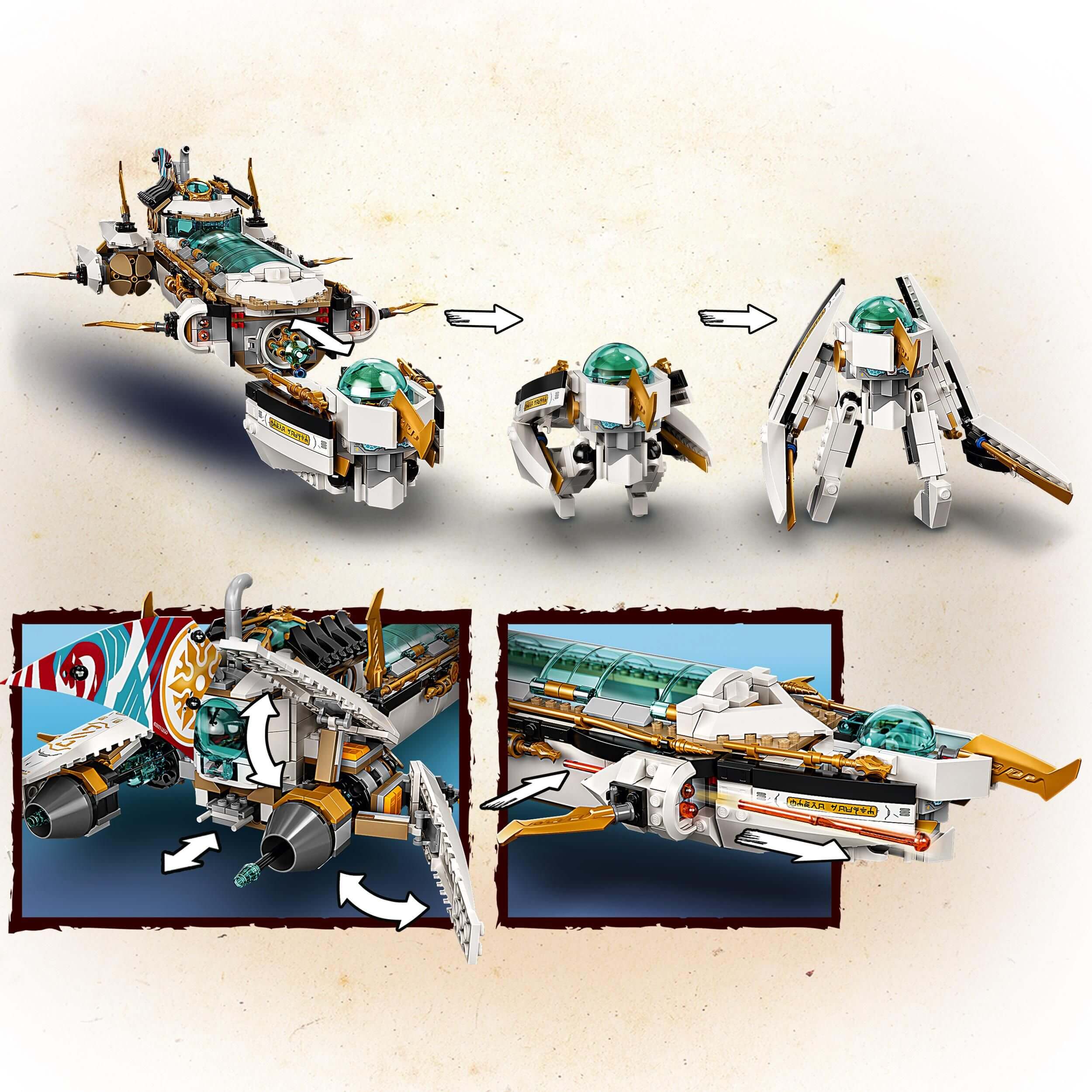 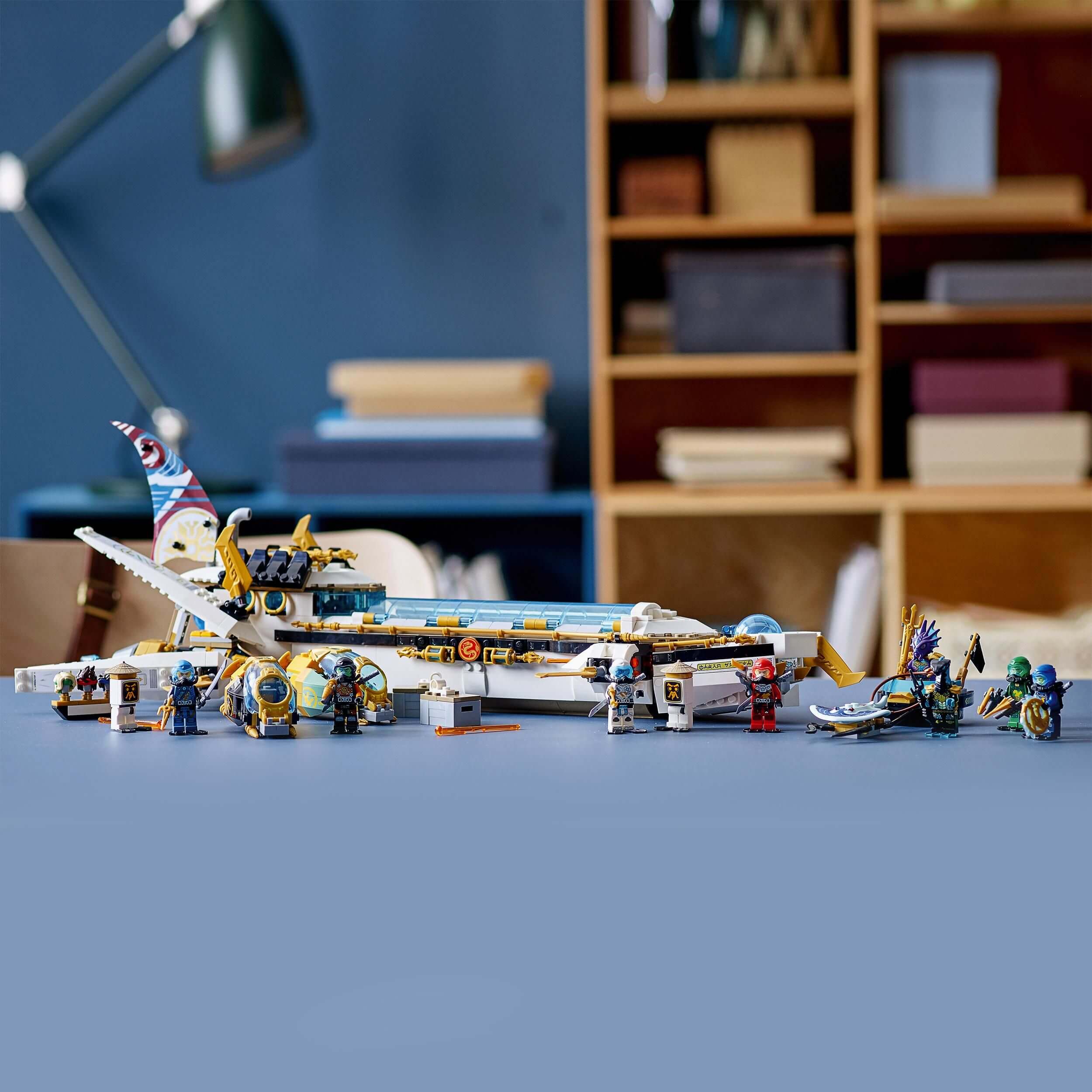 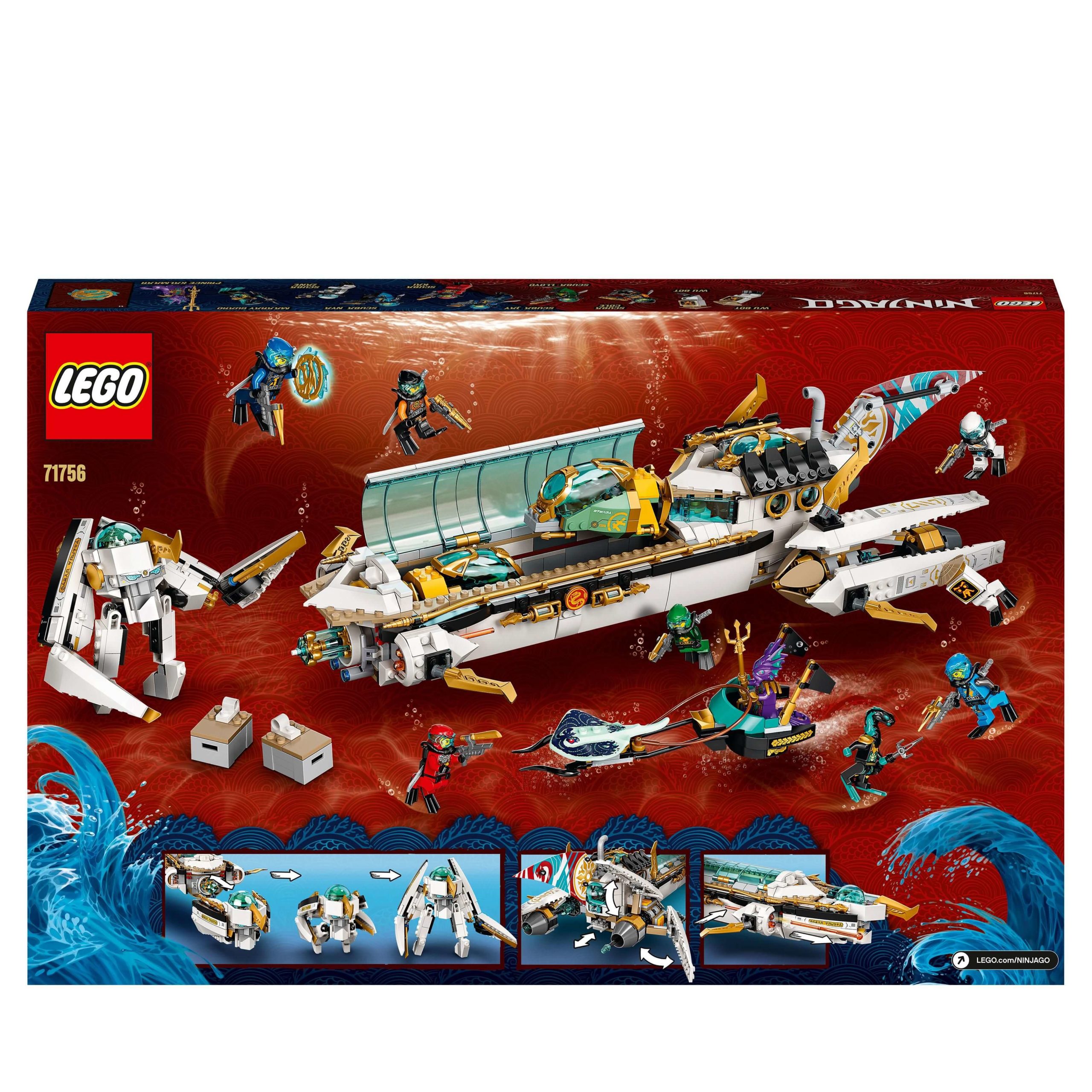 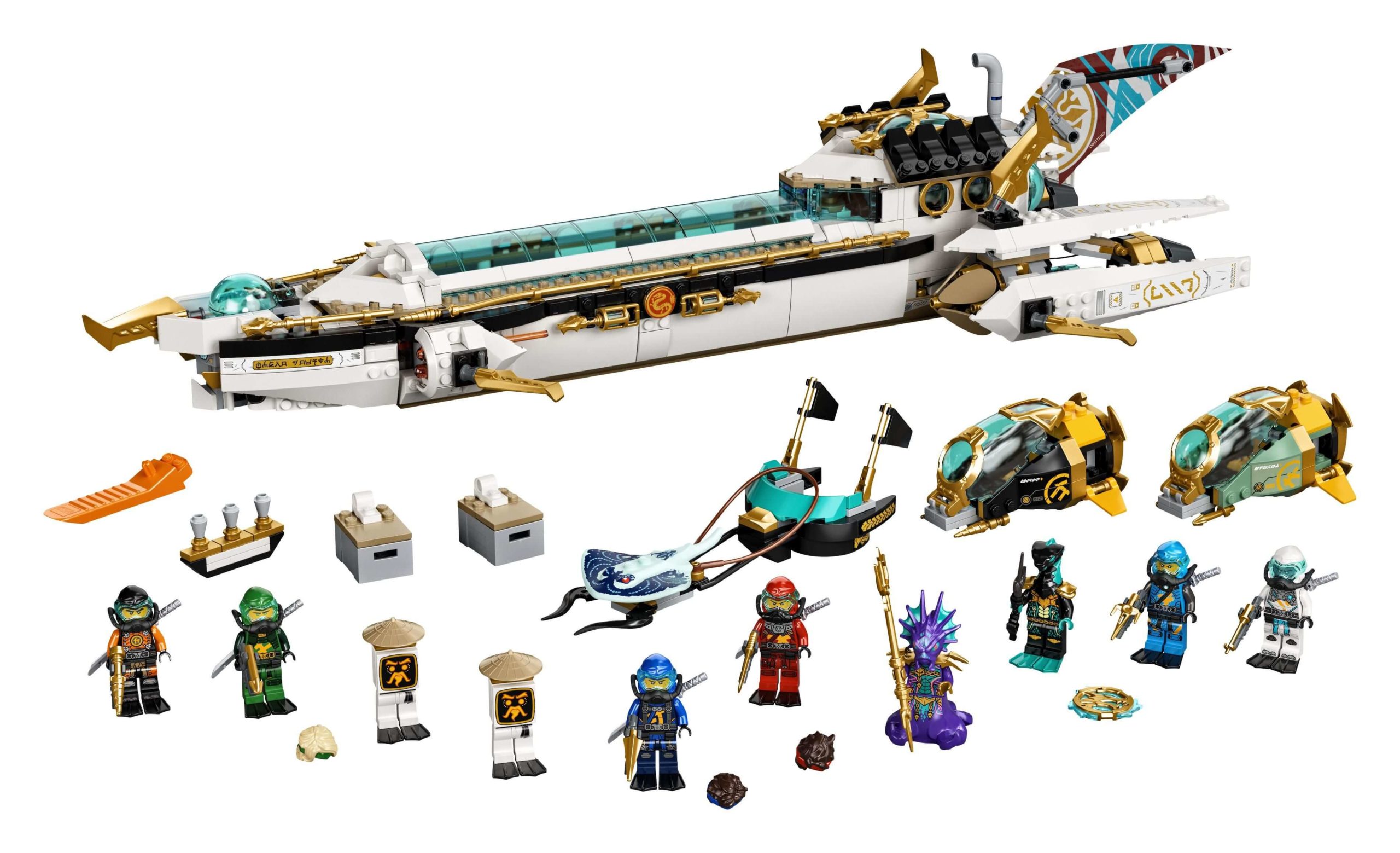 Kids can enjoy all-action battles at the bottom of the sea with this brilliantly detailed LEGO NINJAGO Hydro Bounty (71756) building set. The LEGO NINJAGO underwater vehicle comes with 10 minifigures and is crammed with cool features – 2 spring-loaded shooters, an opening cockpit, folding wings, a detachable mech and 2 mini- submarine toys, all to fuel the imaginations of young ninja fans!

NINJAGO toys bring a world of immersive fantasy action. Young builders can enjoy assembling these unique toys before diving into awesome adventures with their ninja heroes as they battle a cast of their enemies while playing with an amazing collection of jets, dragons and mechs.