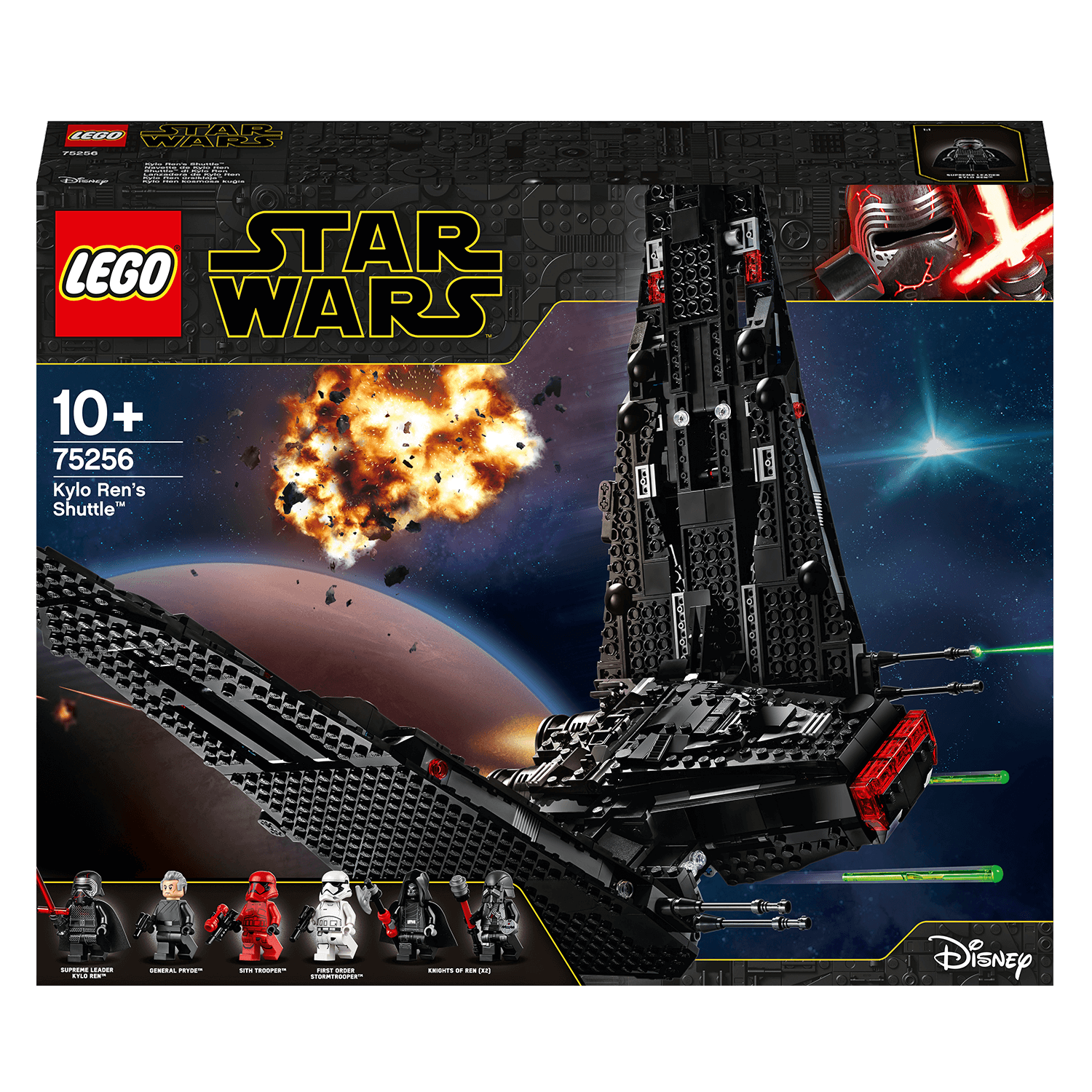 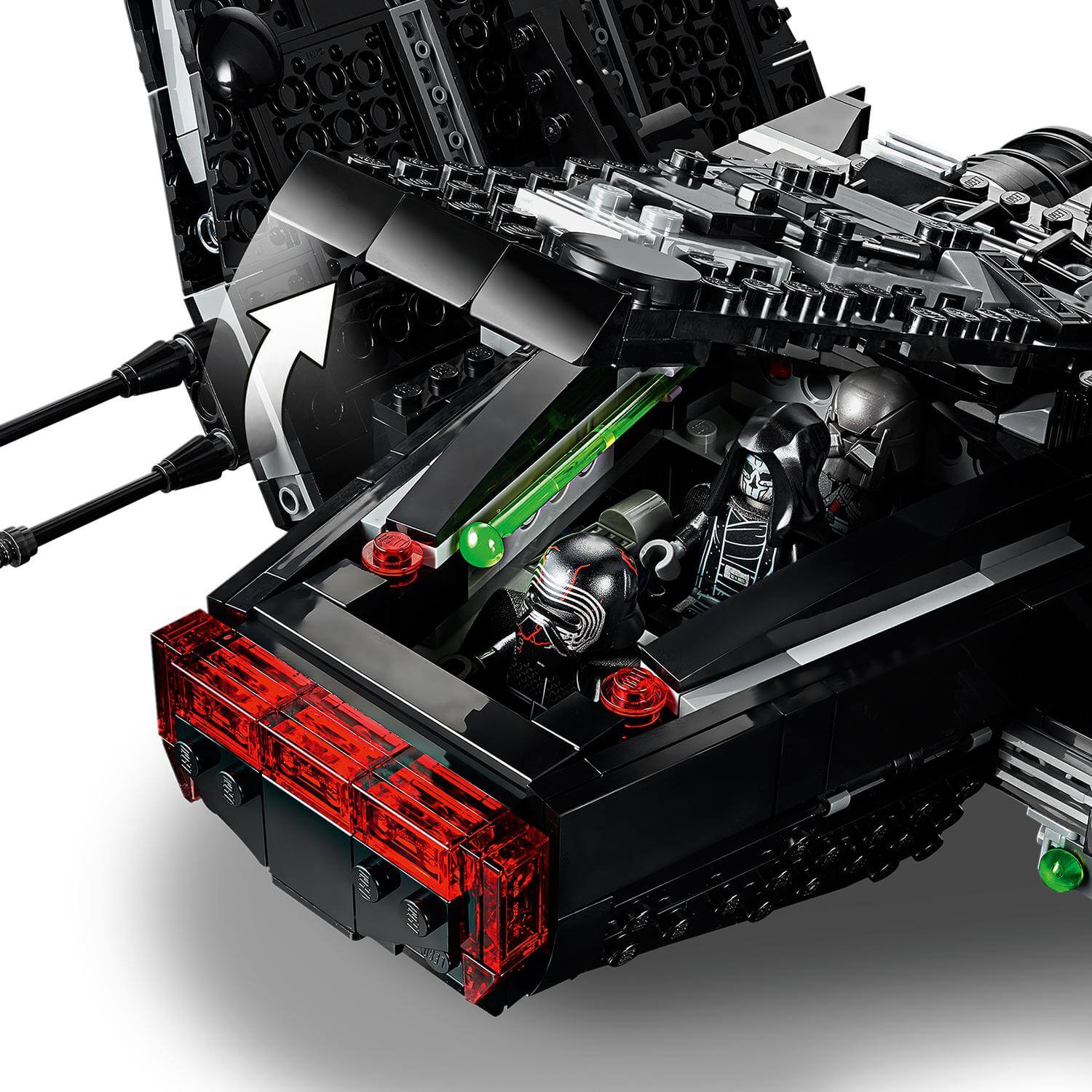 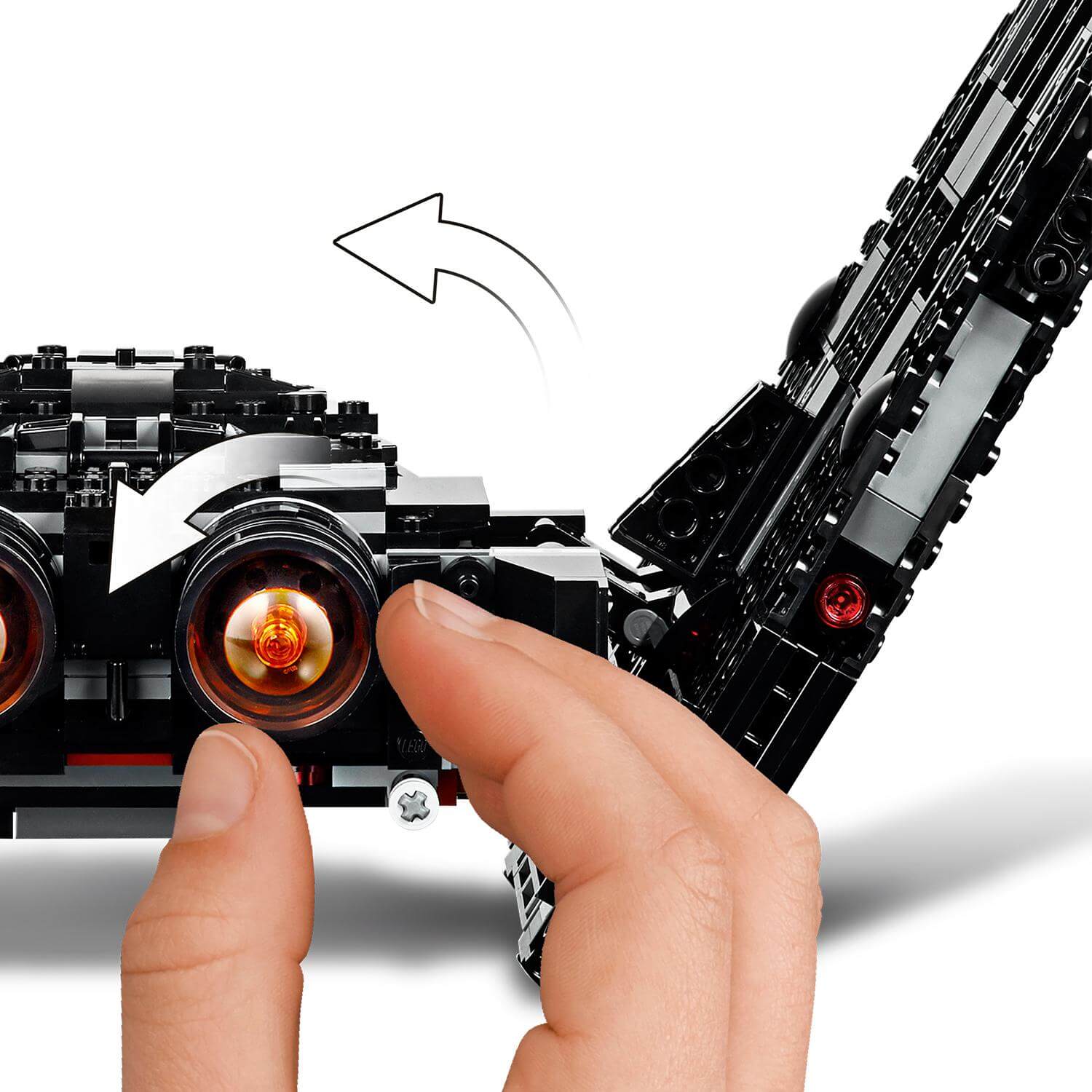 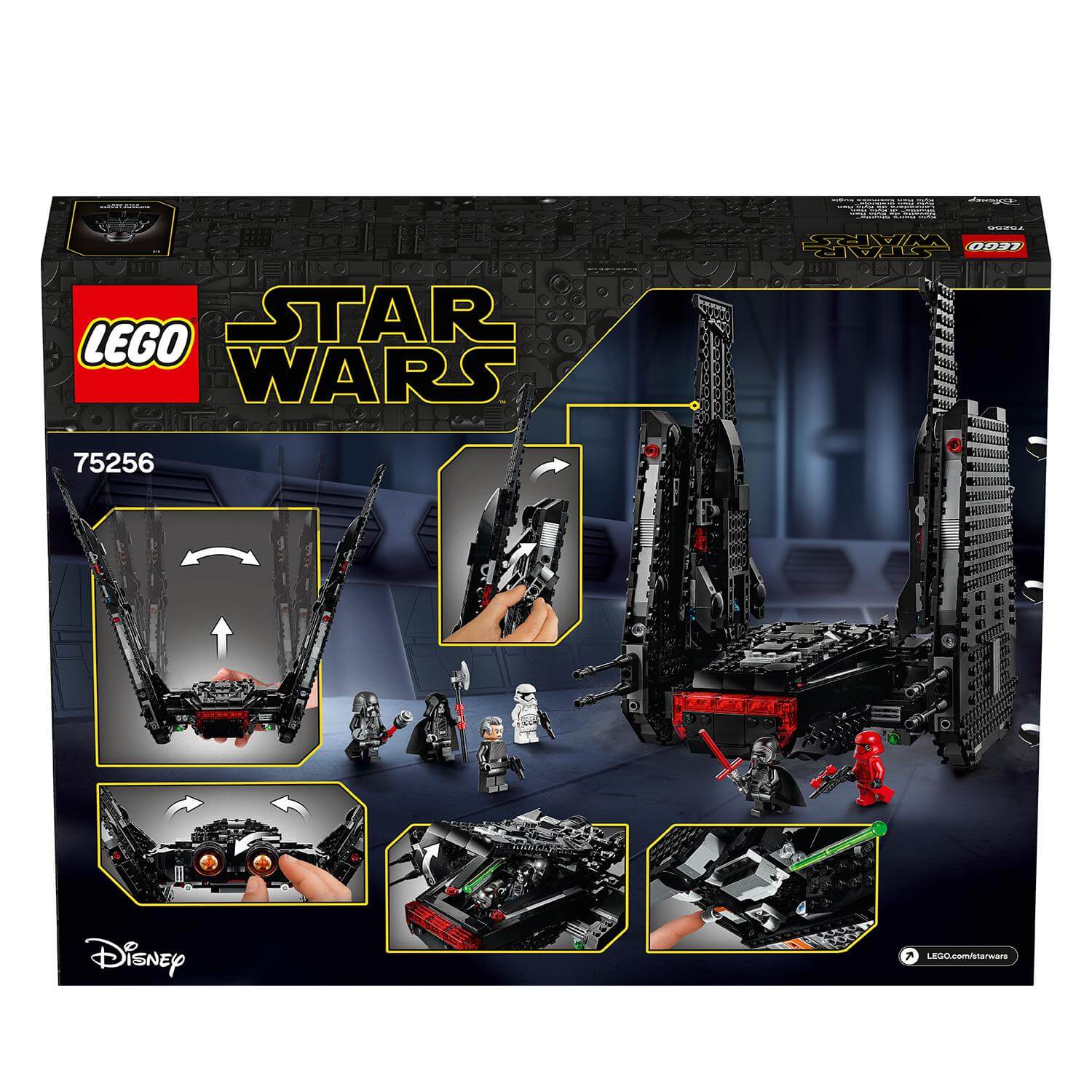 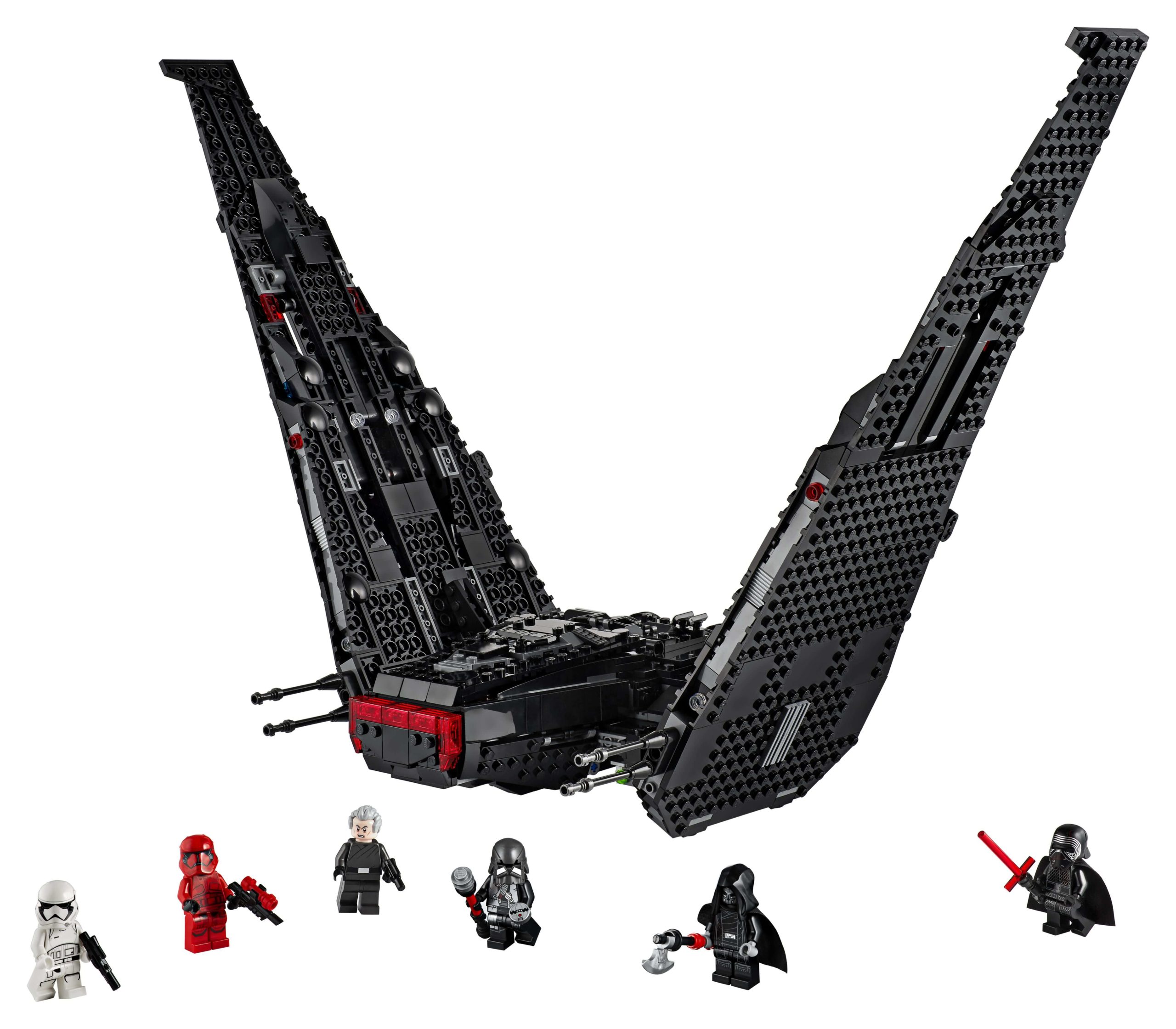 Play out space-faring adventures with 75256 Kylo Ren’s Shuttle. This LEGO® Star Wars™ building toy version of the Supreme Leader’s personal starship from the Star Wars: The Rise of Skywalker movie has lots of details to excite kids and collectors alike, such as a rotatable right engine for folding in the wings when landing and the ability to shorten the wings by folding the top part down. There’s also an opening access ramp, 2 spring-loaded shooters and a cockpit with space to sit Supreme Leader Kylo Ren and 2 minifigures behind. As well as the Supreme Leader, this great LEGO Star Wars ship set also includes General Pryde, a Sith Trooper, First Order Stormtrooper and 2 Knights of Ren for instant play action.