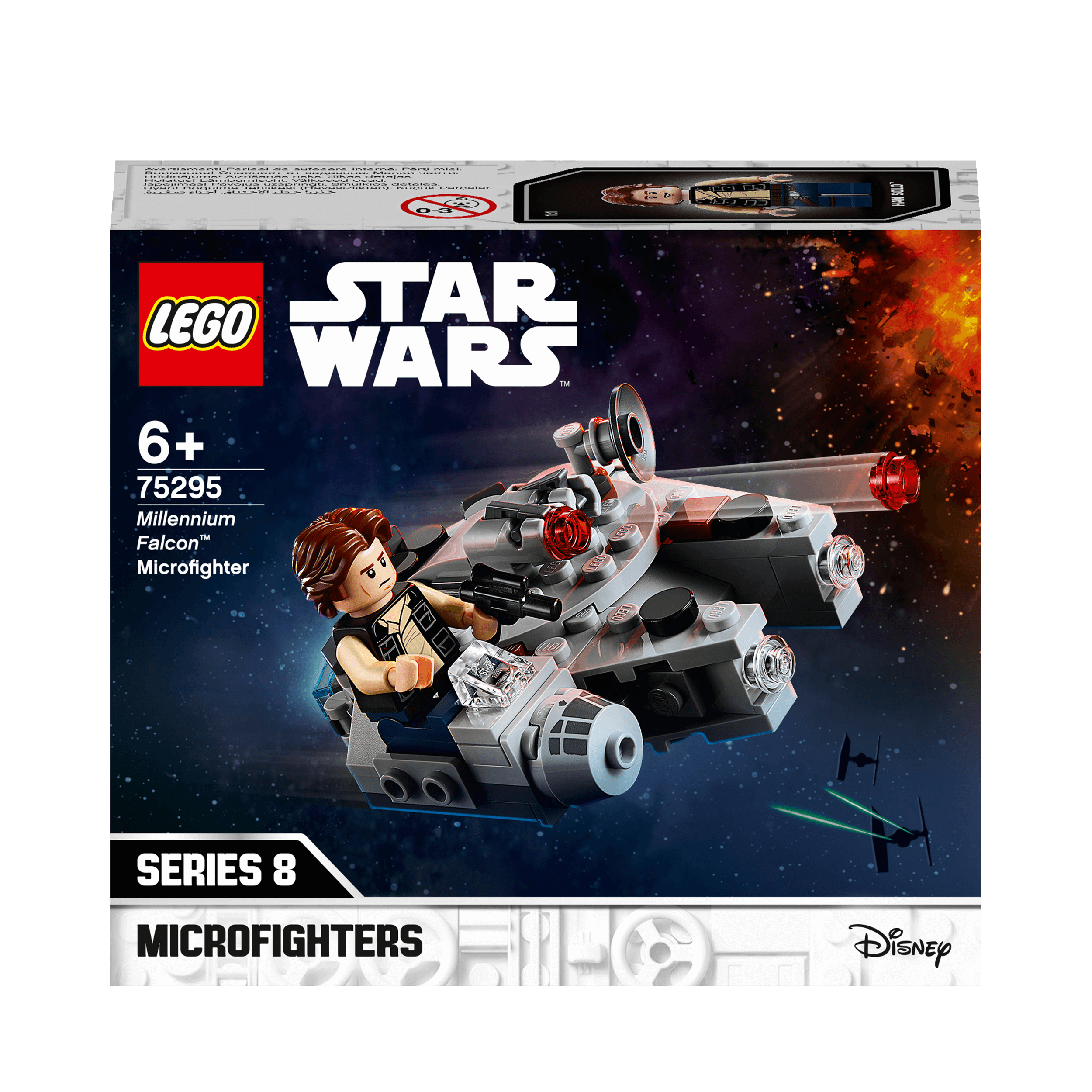 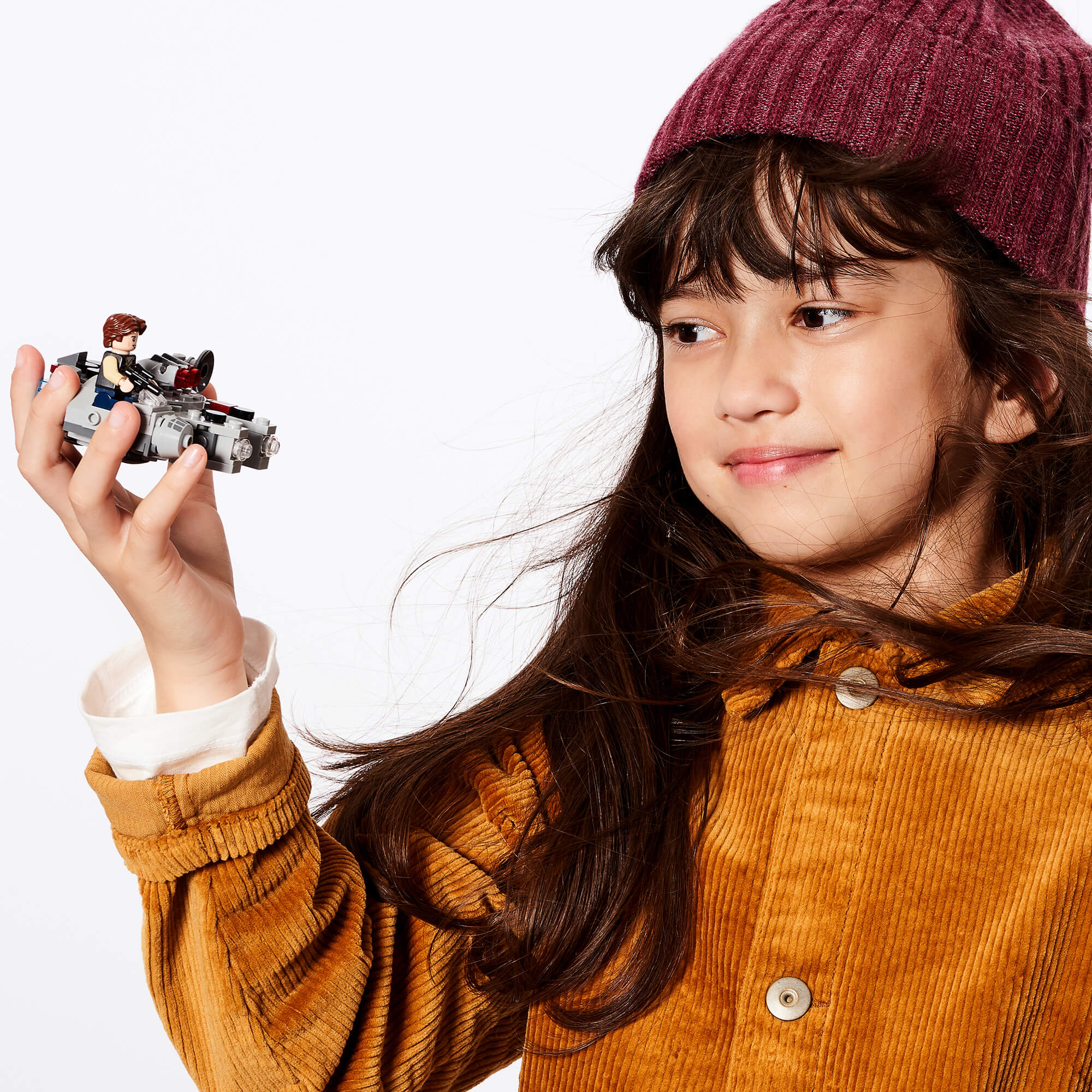 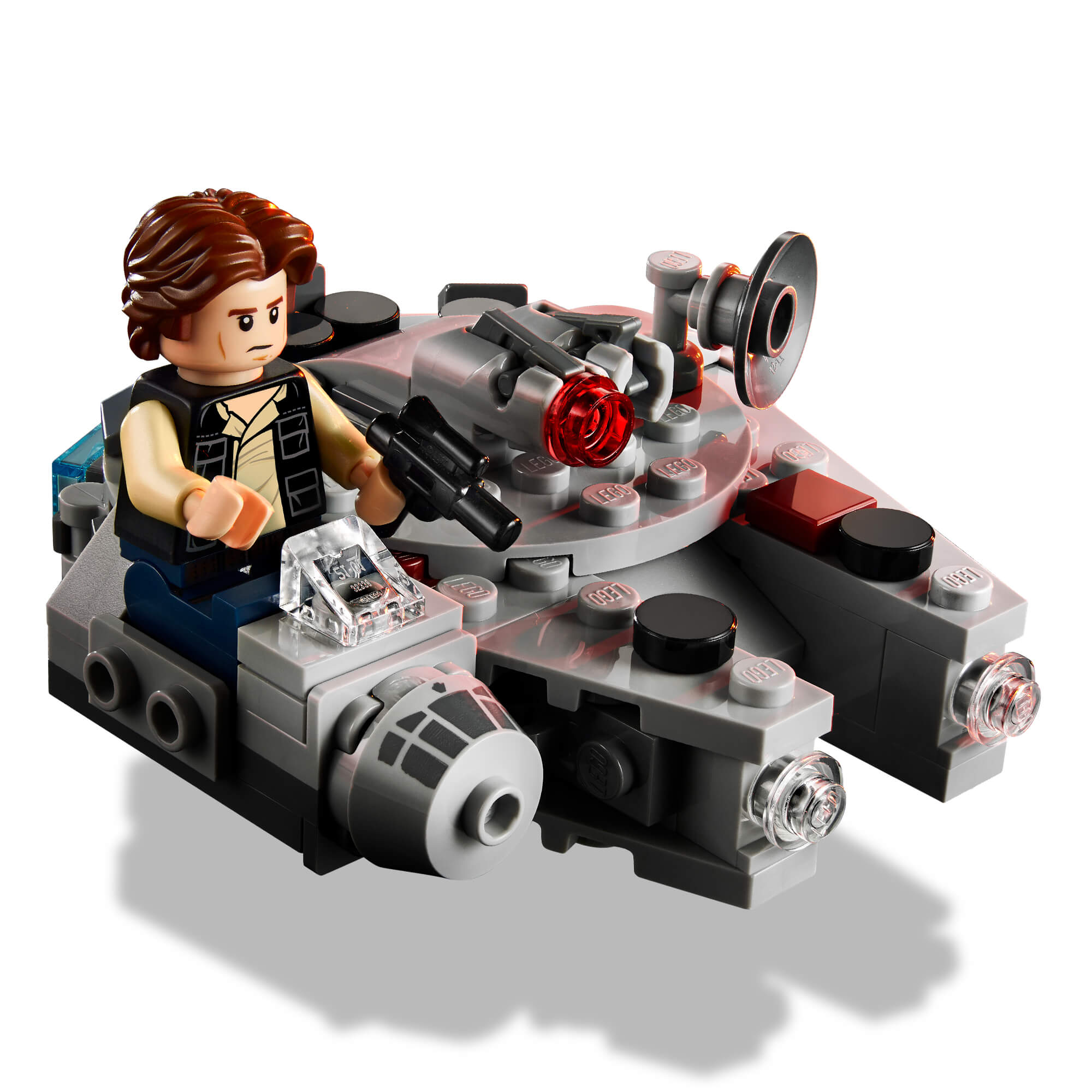 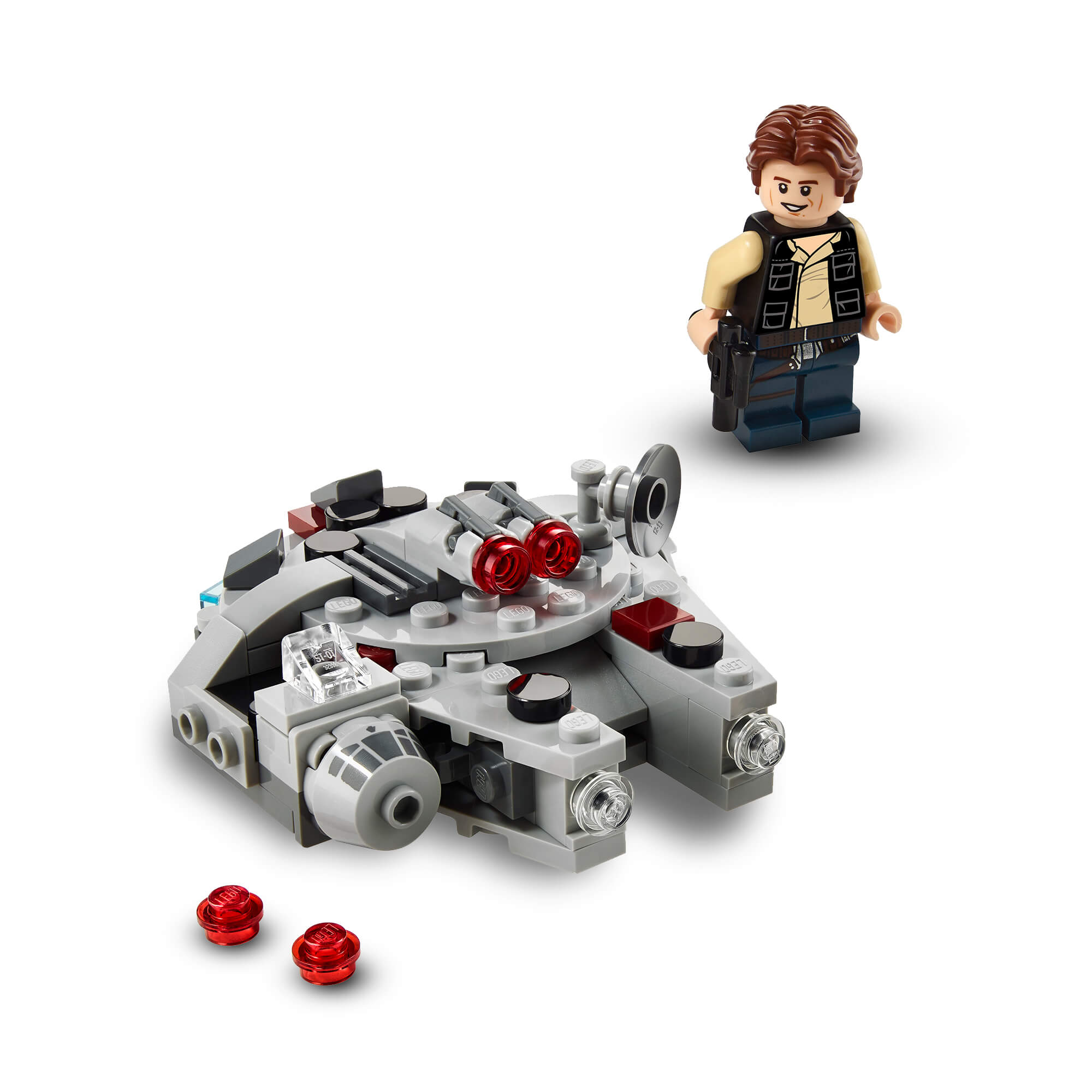 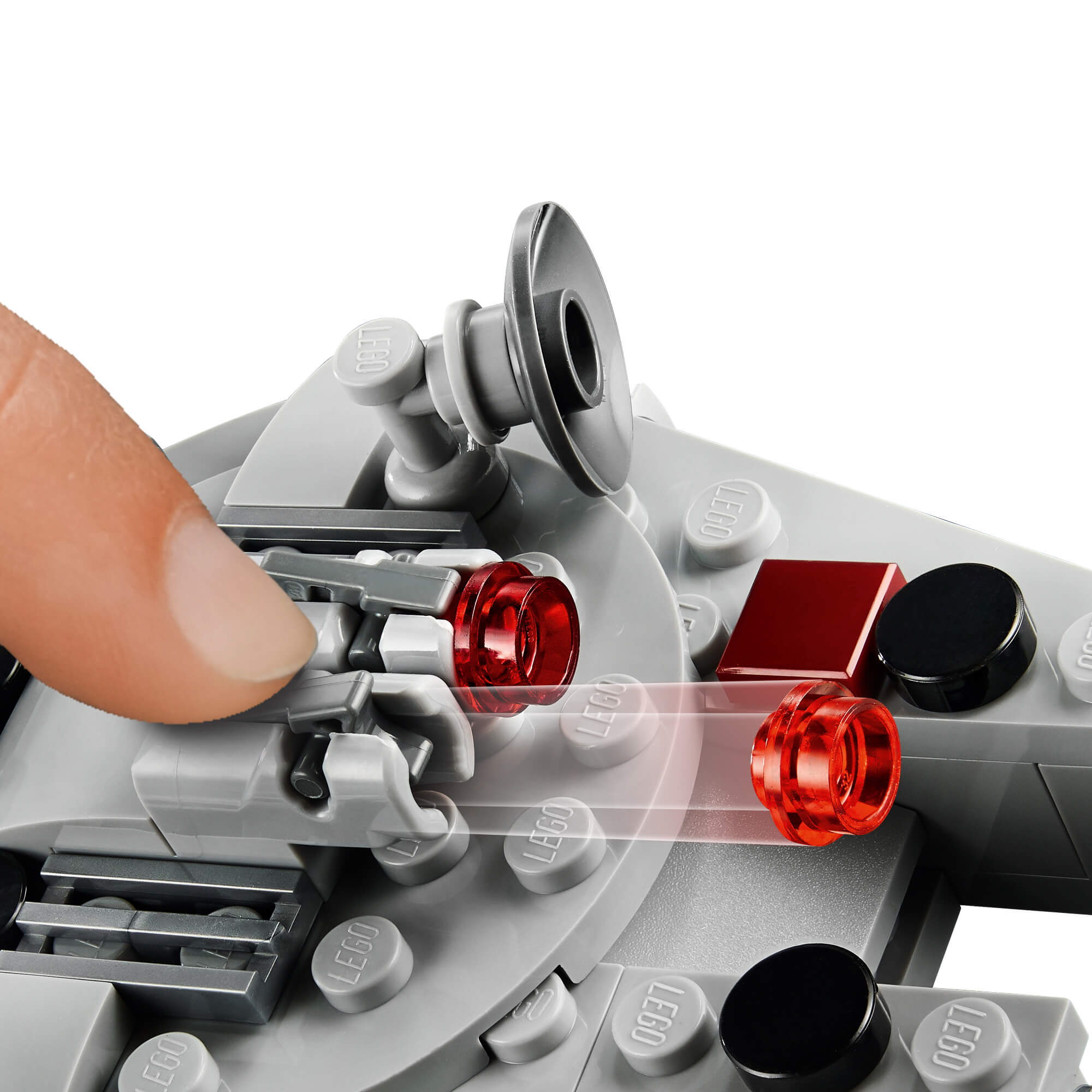 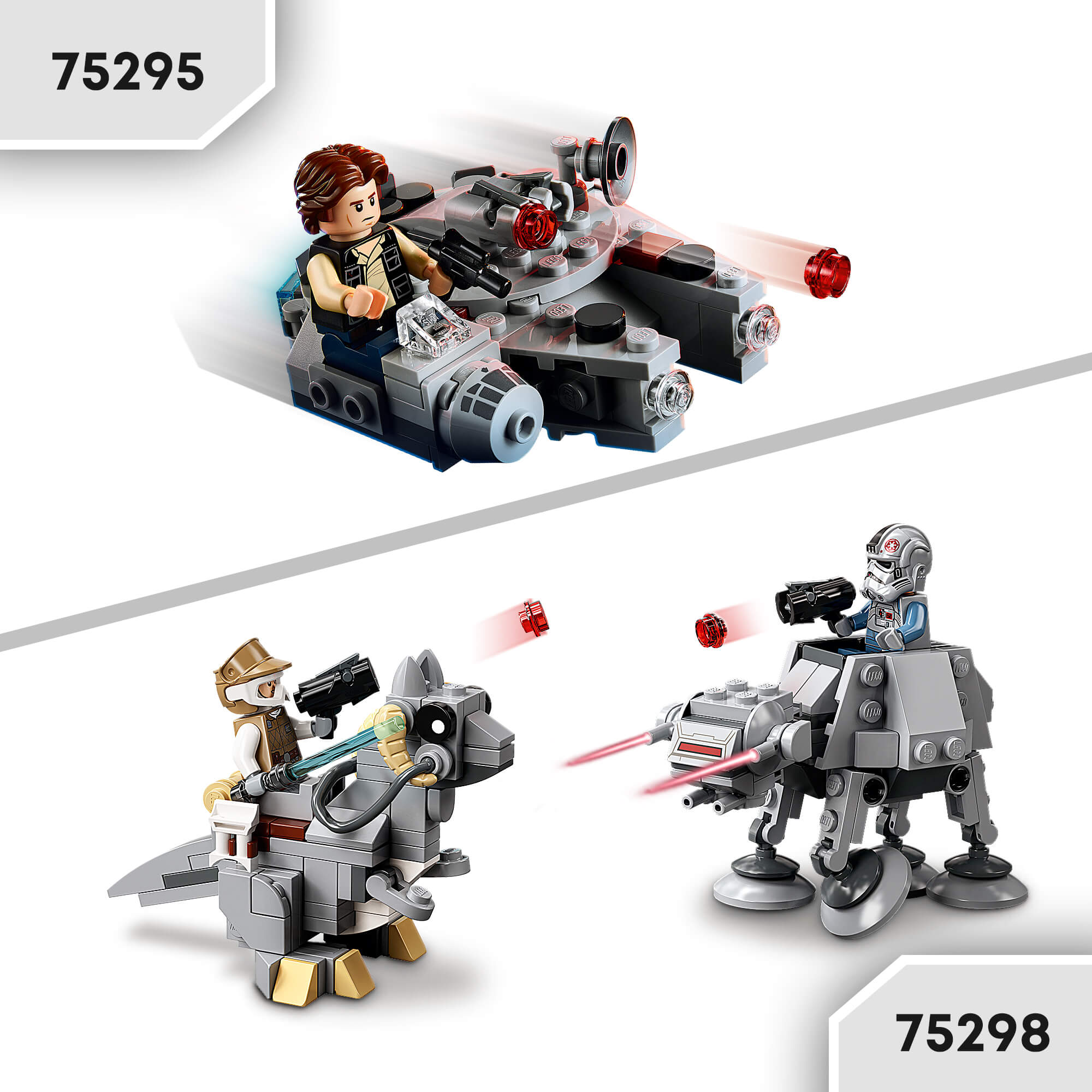 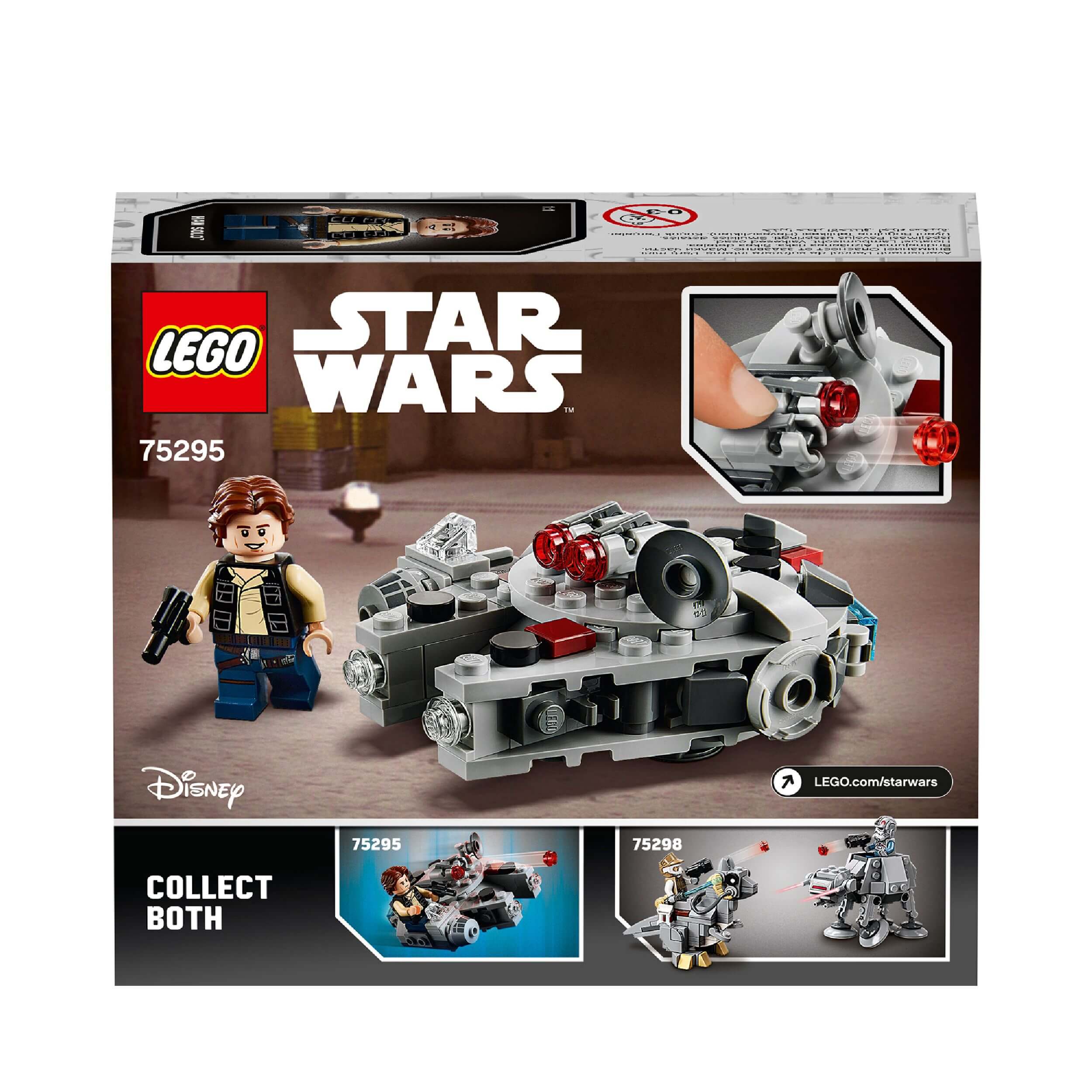 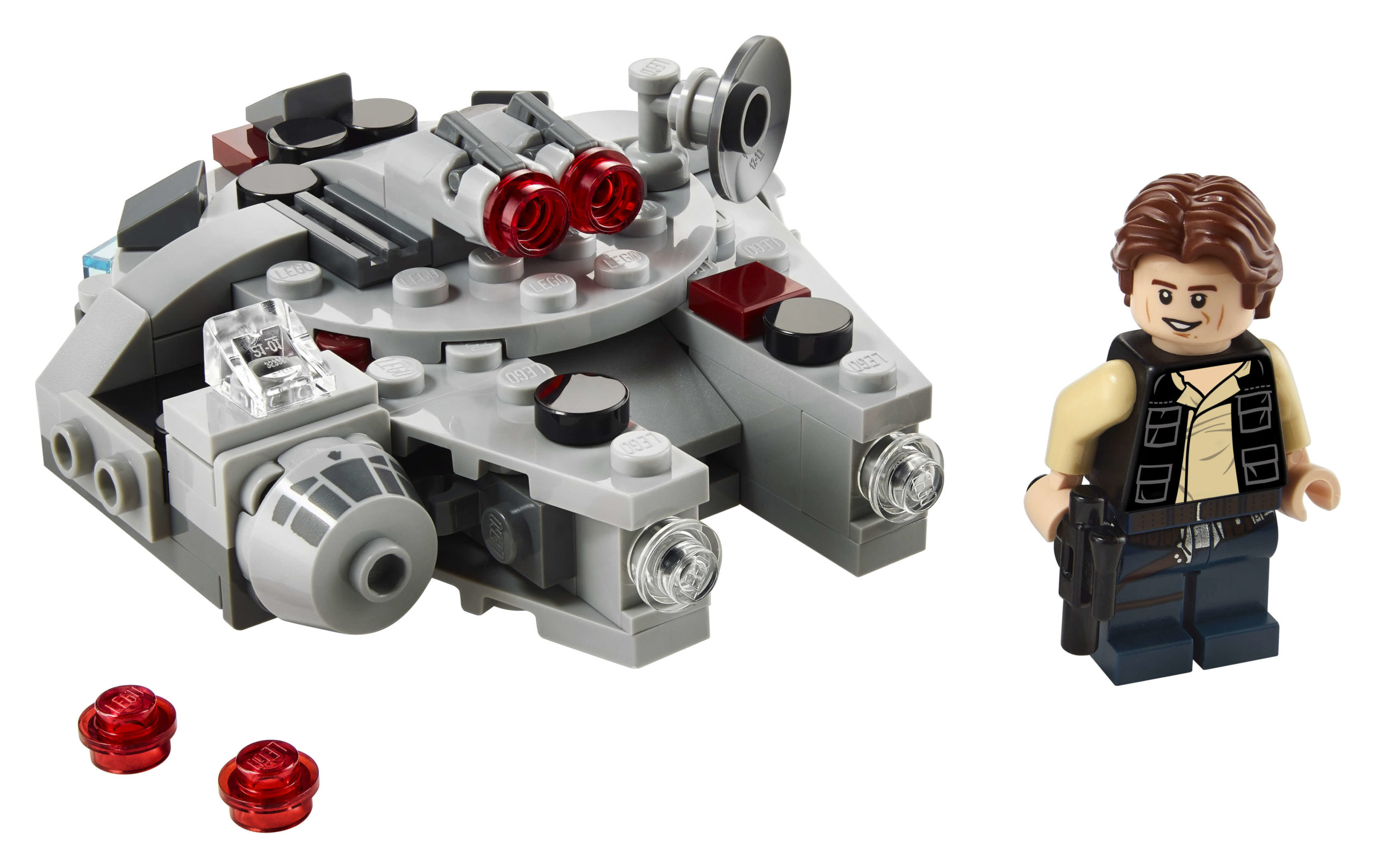 Give a young child an unexpected treat with this LEGO Star Wars Millennium Falcon Microfighter (75295) toy. Based on the iconic vehicle’s design in the classic Star Wars trilogy, this awesome brick-built toy has 2 stud shooters and a LEGO minifigure seat. The set also includes a Han Solo LEGO minifigure with his blaster pistol so kids can roleplay as the Rebel hero in their everyday playtime adventures.

There are step-by-step instructions so even LEGO beginners can build independently. Since 1999, the LEGO Group has been recreating iconic starships, vehicles, locations and characters from the Star Wars universe. LEGO Star Wars has become its most successful theme with a wide variety of building toys that make the best gifts for kids and fans of all ages.