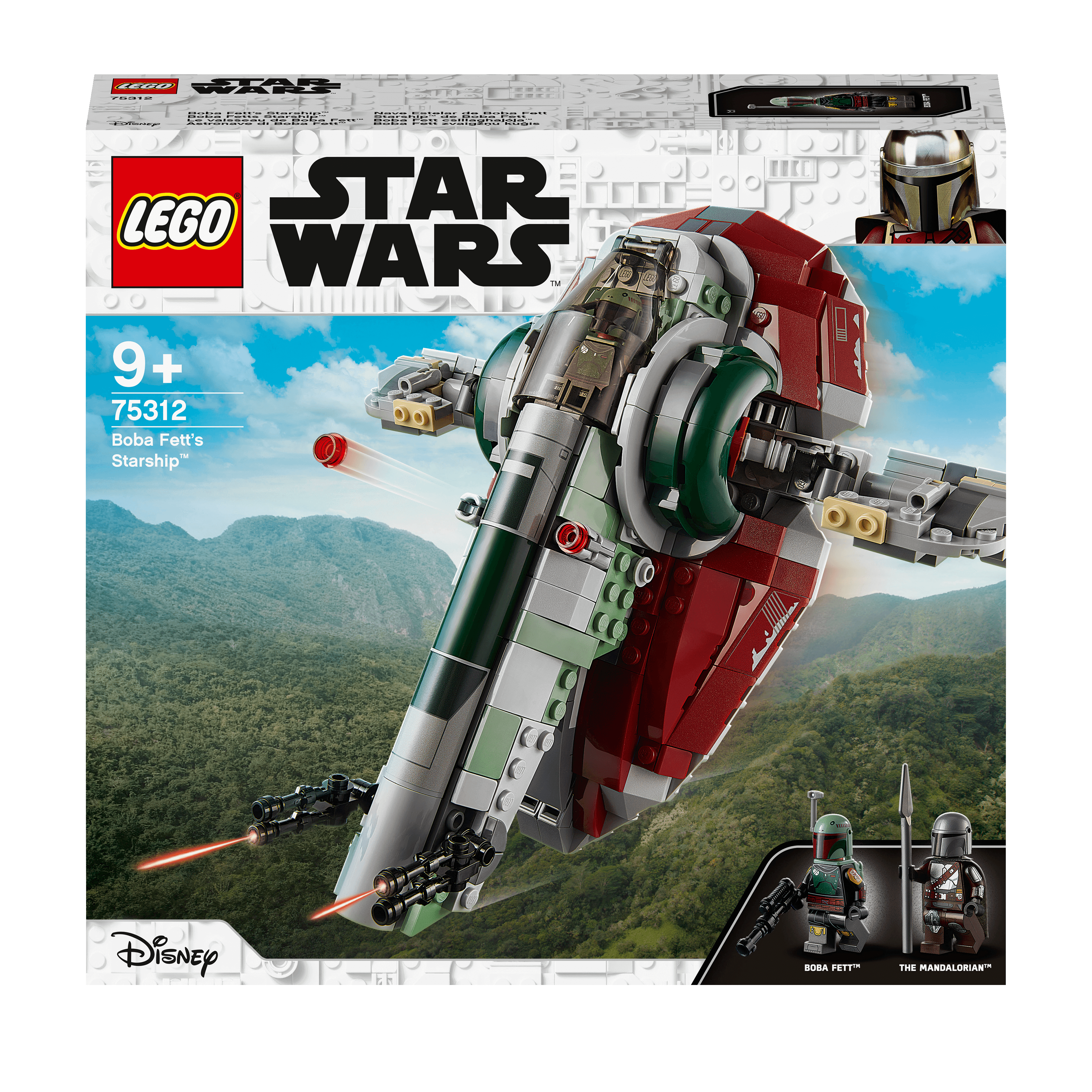 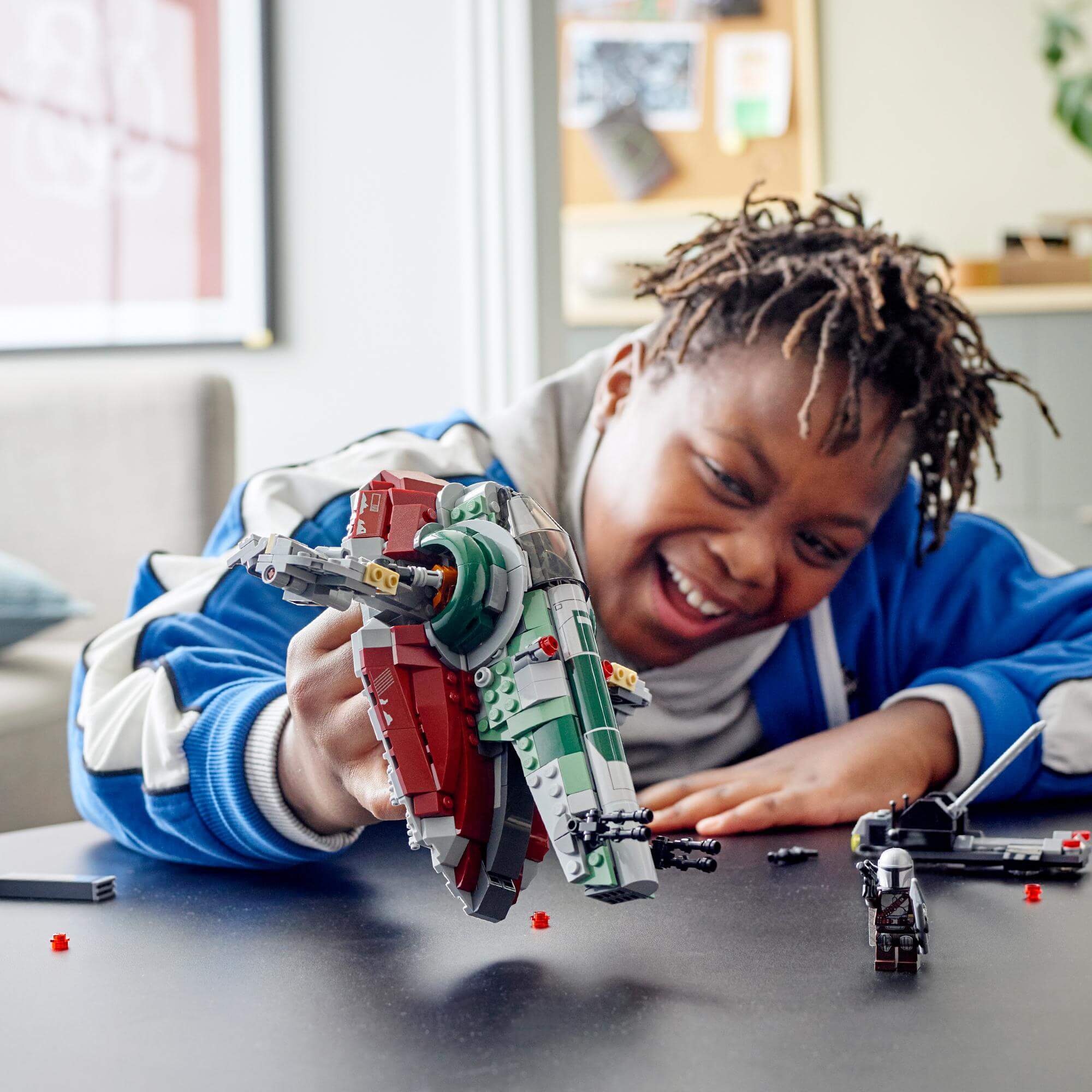 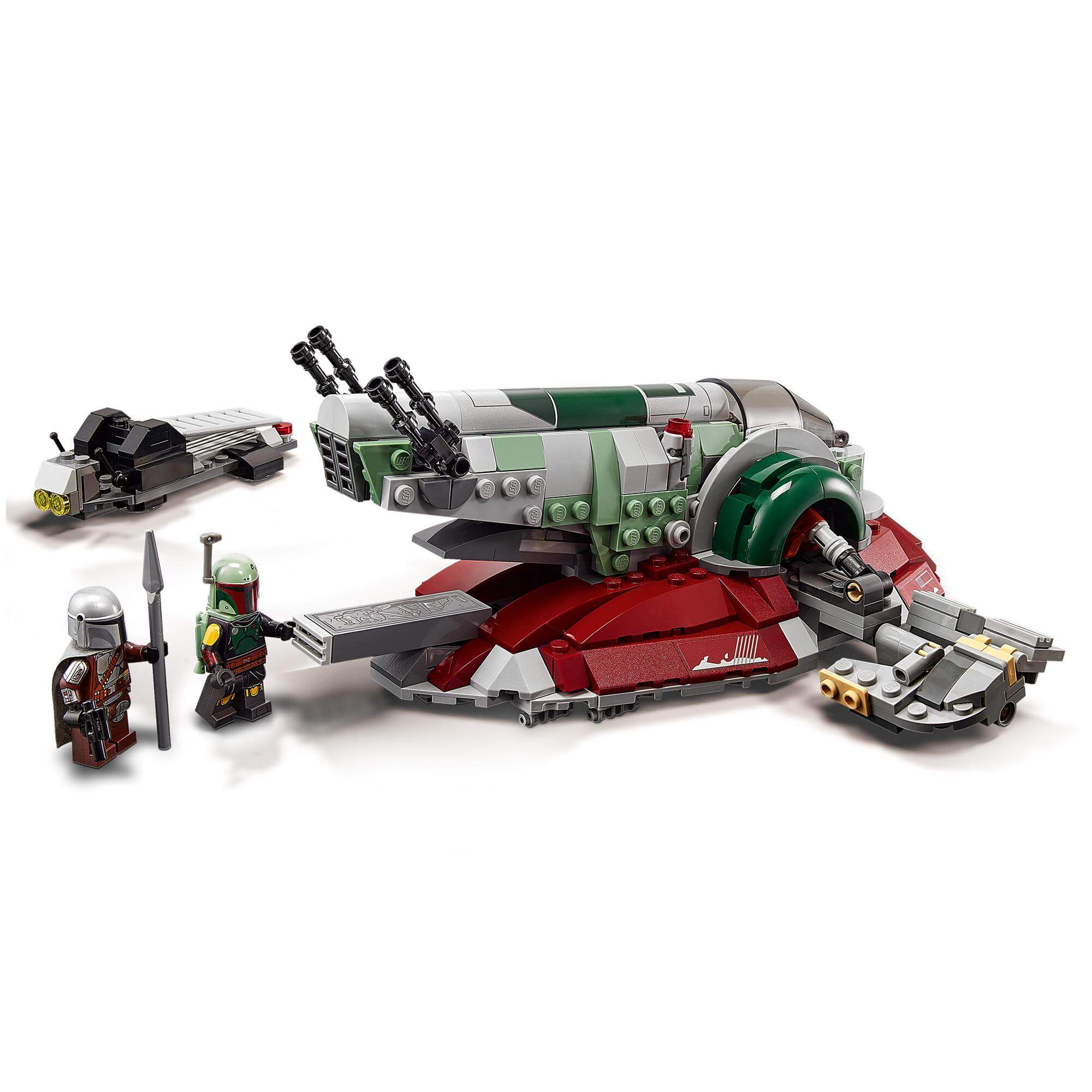 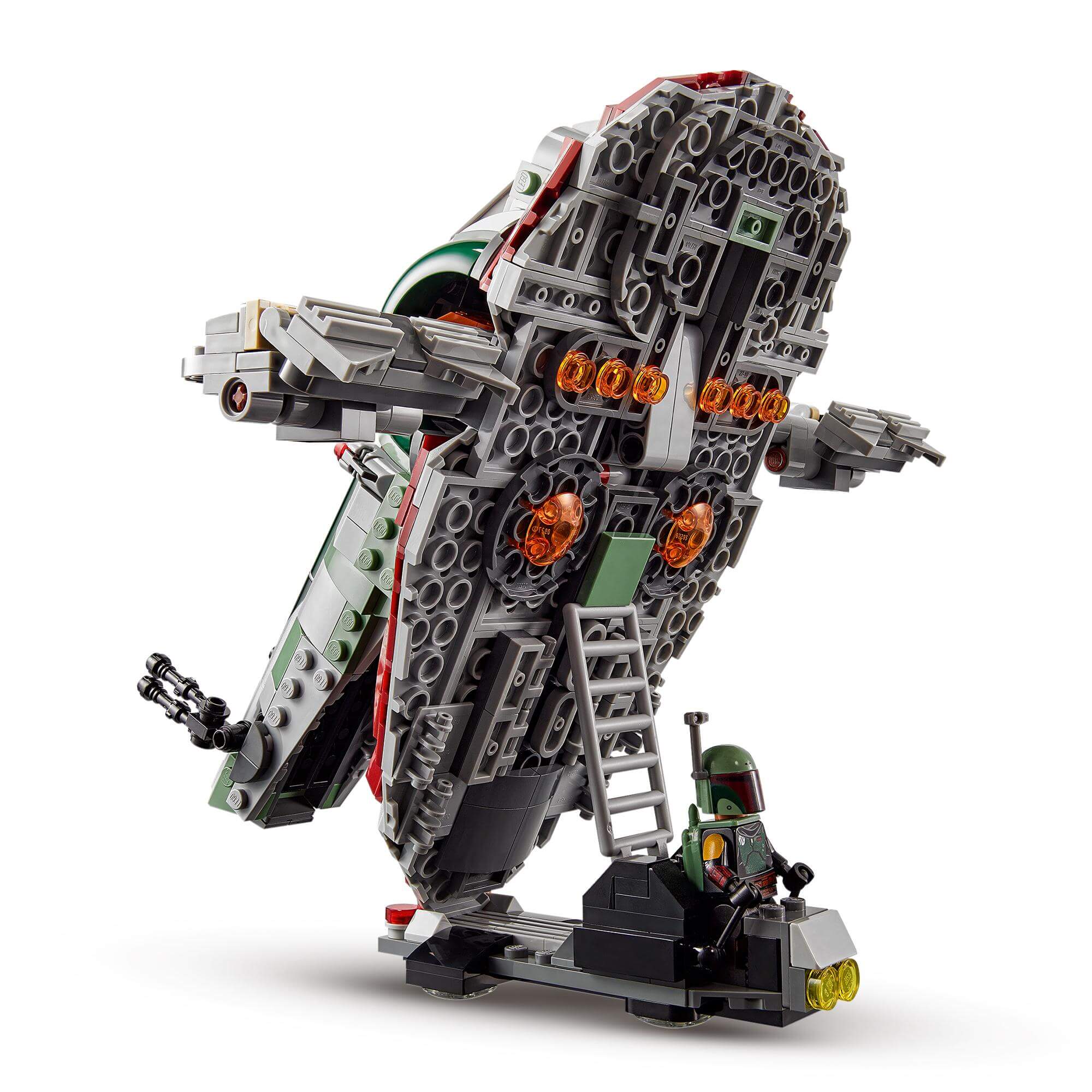 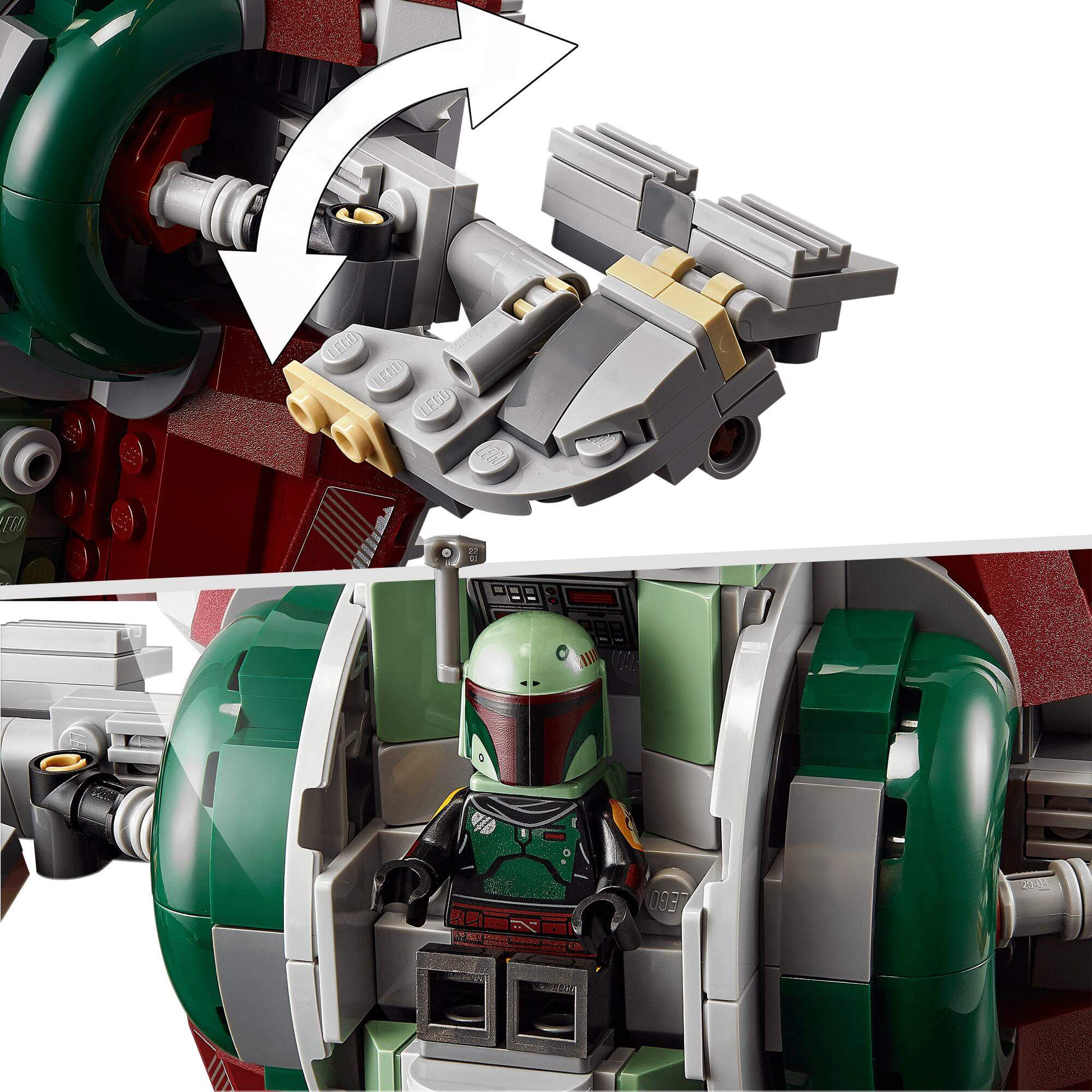 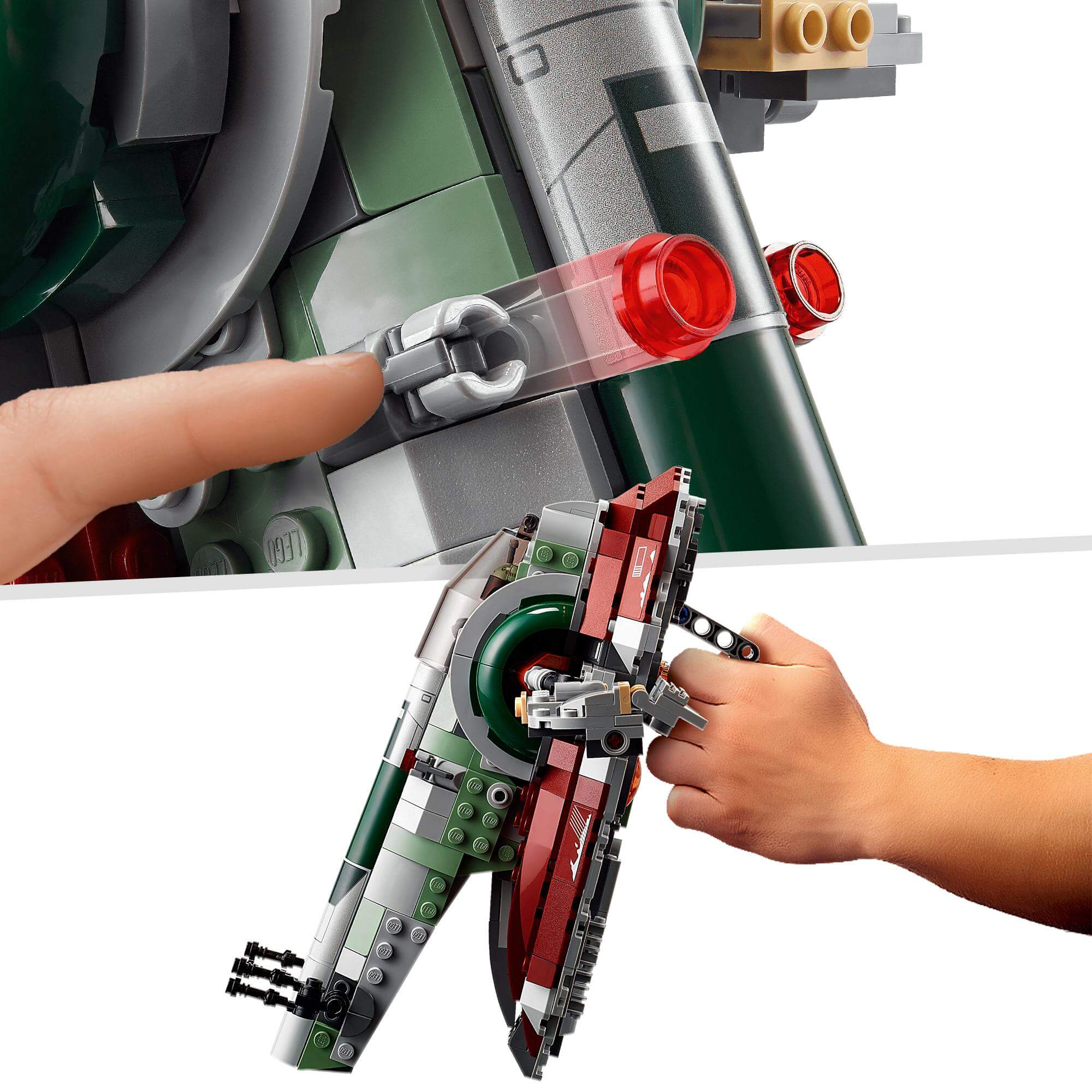 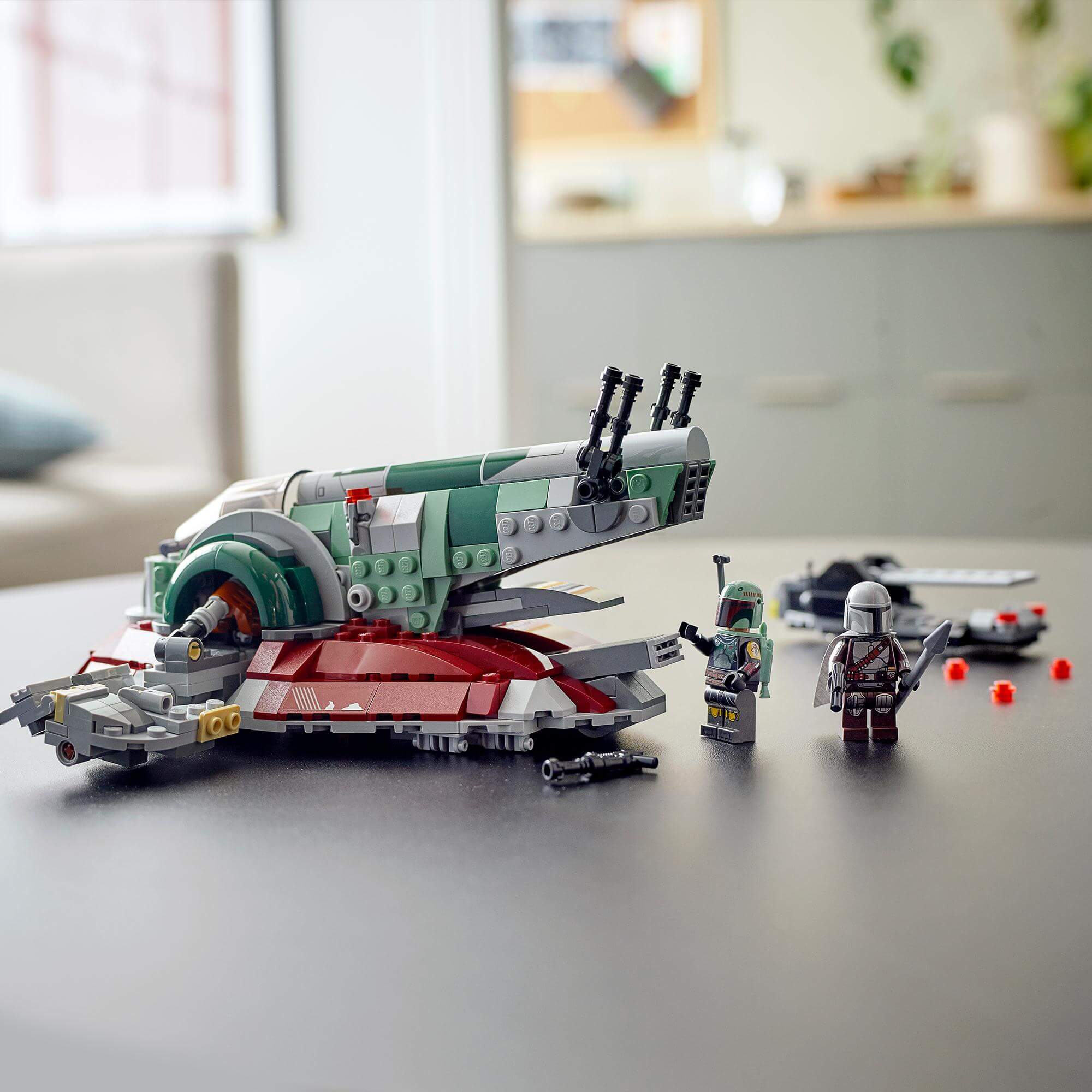 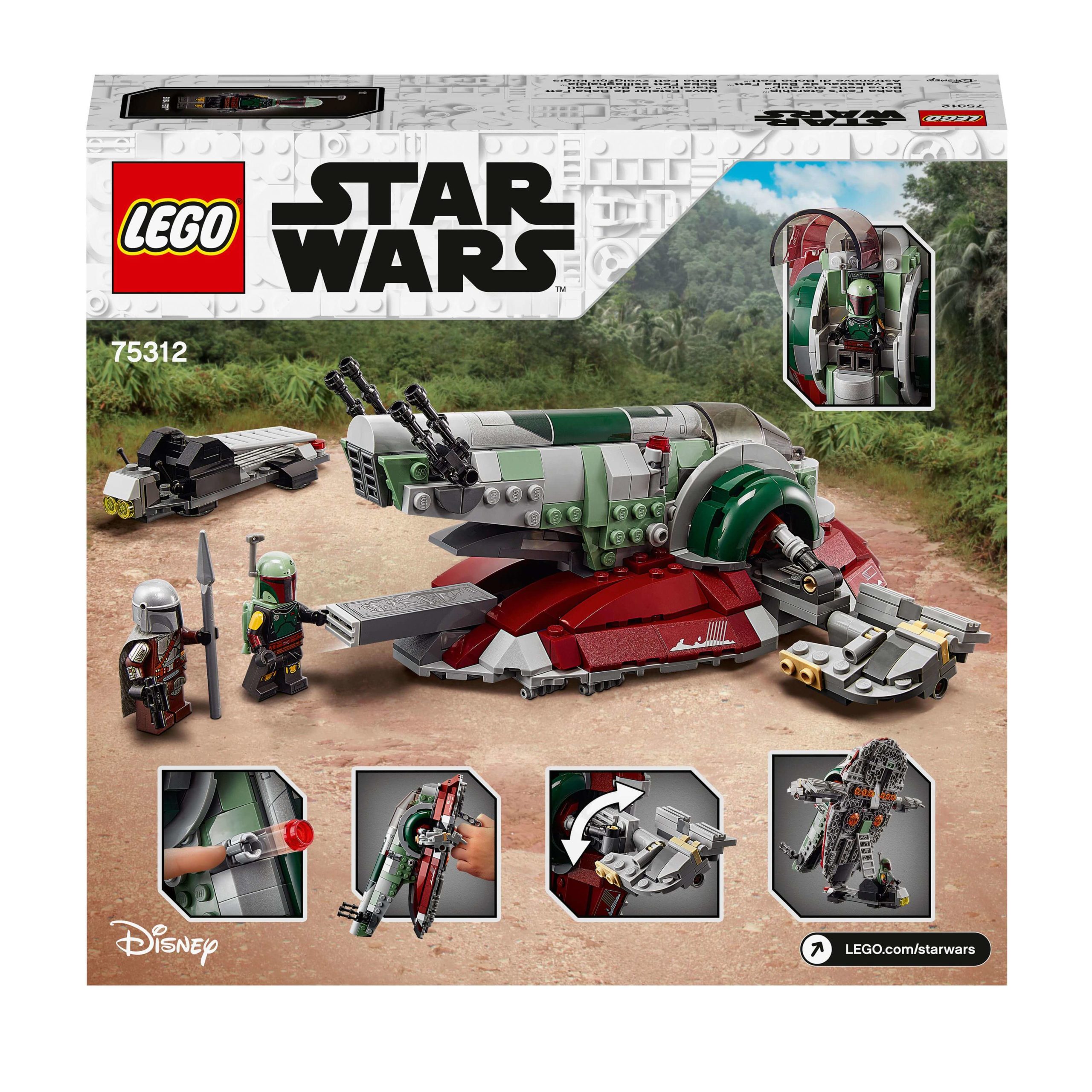 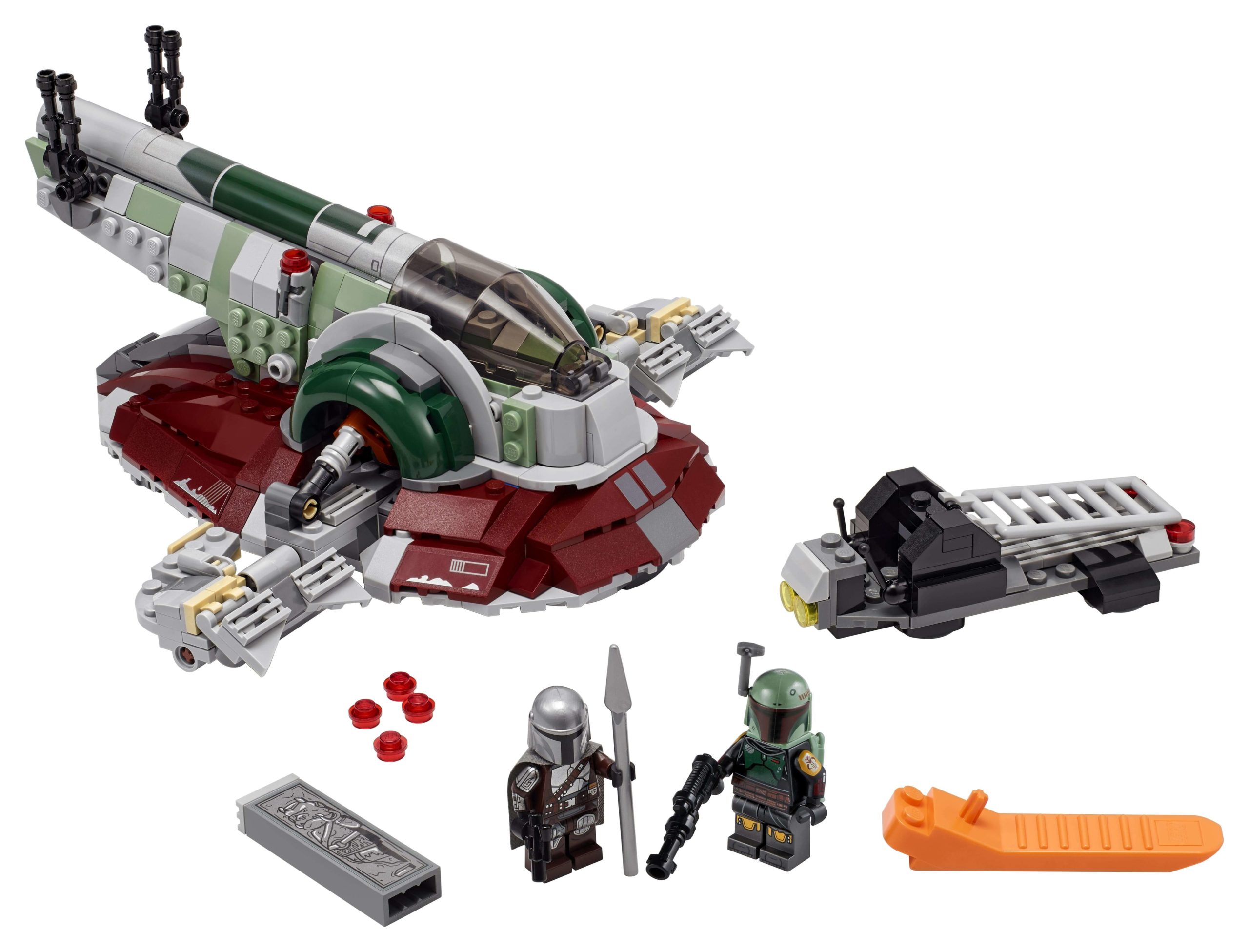 Star Wars: The Mandalorian fans can play out bounty-hunting missions and battles with this brilliant LEGO brick buildable model version of Boba Fett’s Starship (75312), a building toy for kids age 9+. It features a handle for easy flying, an opening LEGO minifigure cockpit for LEGO Star Wars minifigures, rotating wings, 2 stud shooters and 2 rotating dual blaster cannons (non-shooting). This premium-quality set also includes Boba Fett and The Mandalorian LEGO minifigures with weapons, plus a Carbonite brick that fits in a compartment of the starship.

There is also a transporter vehicle to move the starship and use as a stand so kids can display this awesome Mandalorian building toy in a vertical flying position. The set comes with clear instructions so even LEGO newcomers can build confidently.

The LEGO Group has been creating brick-built versions of Star Wars starfighters, vehicles, locations and characters since 1999. The LEGO Star Wars theme has become hugely successful with construction sets that make super gifts for fans of all ages.