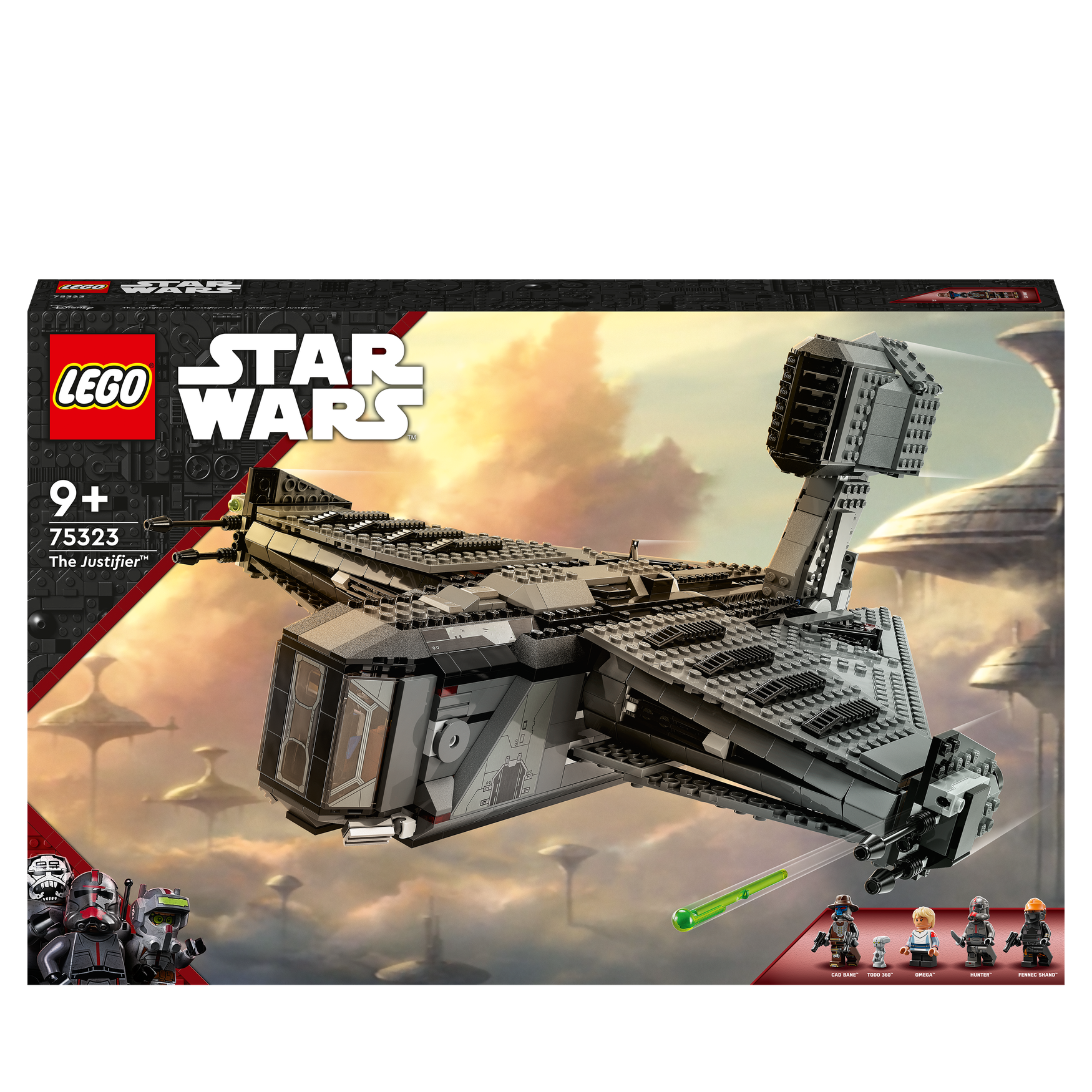 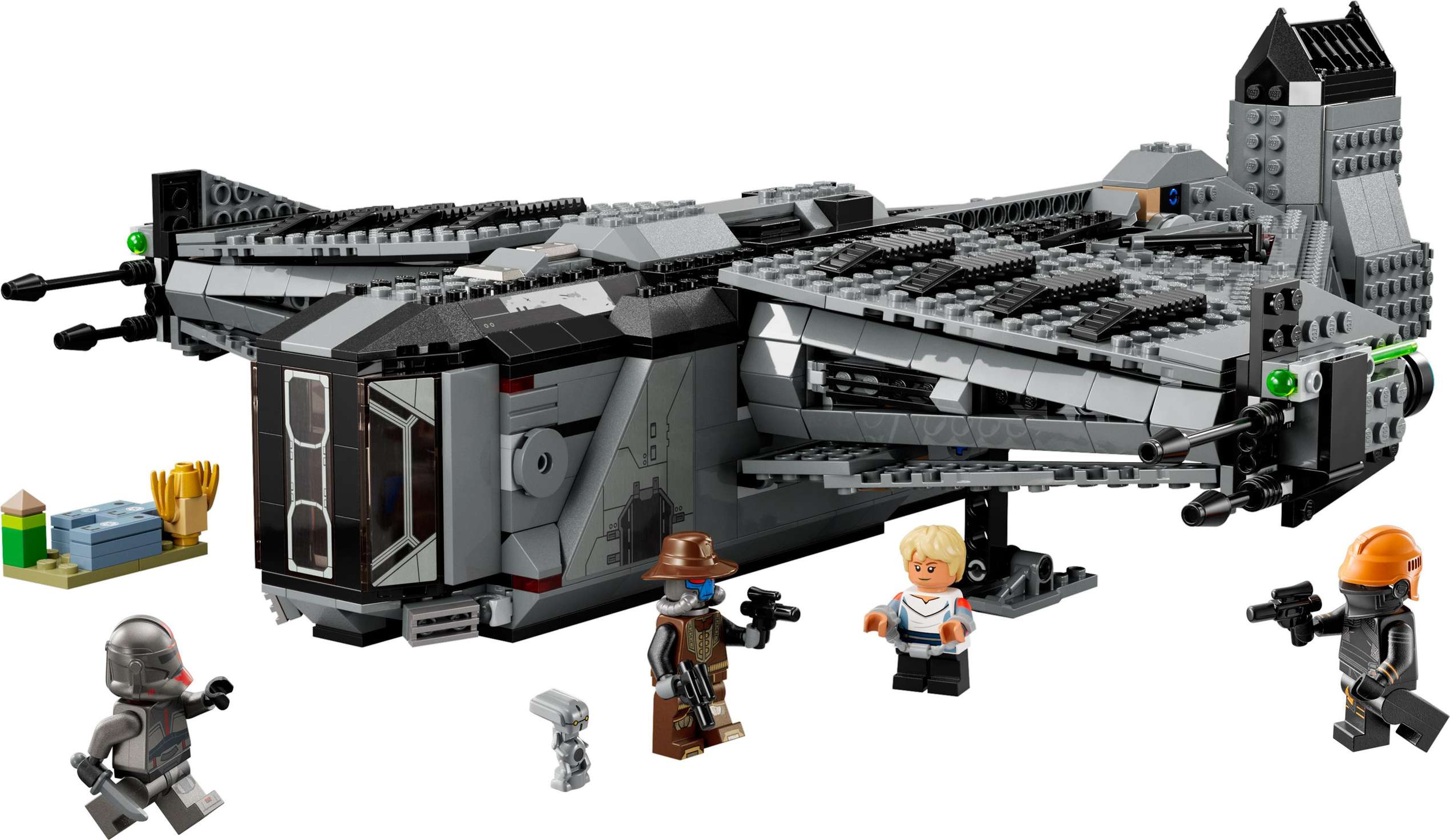 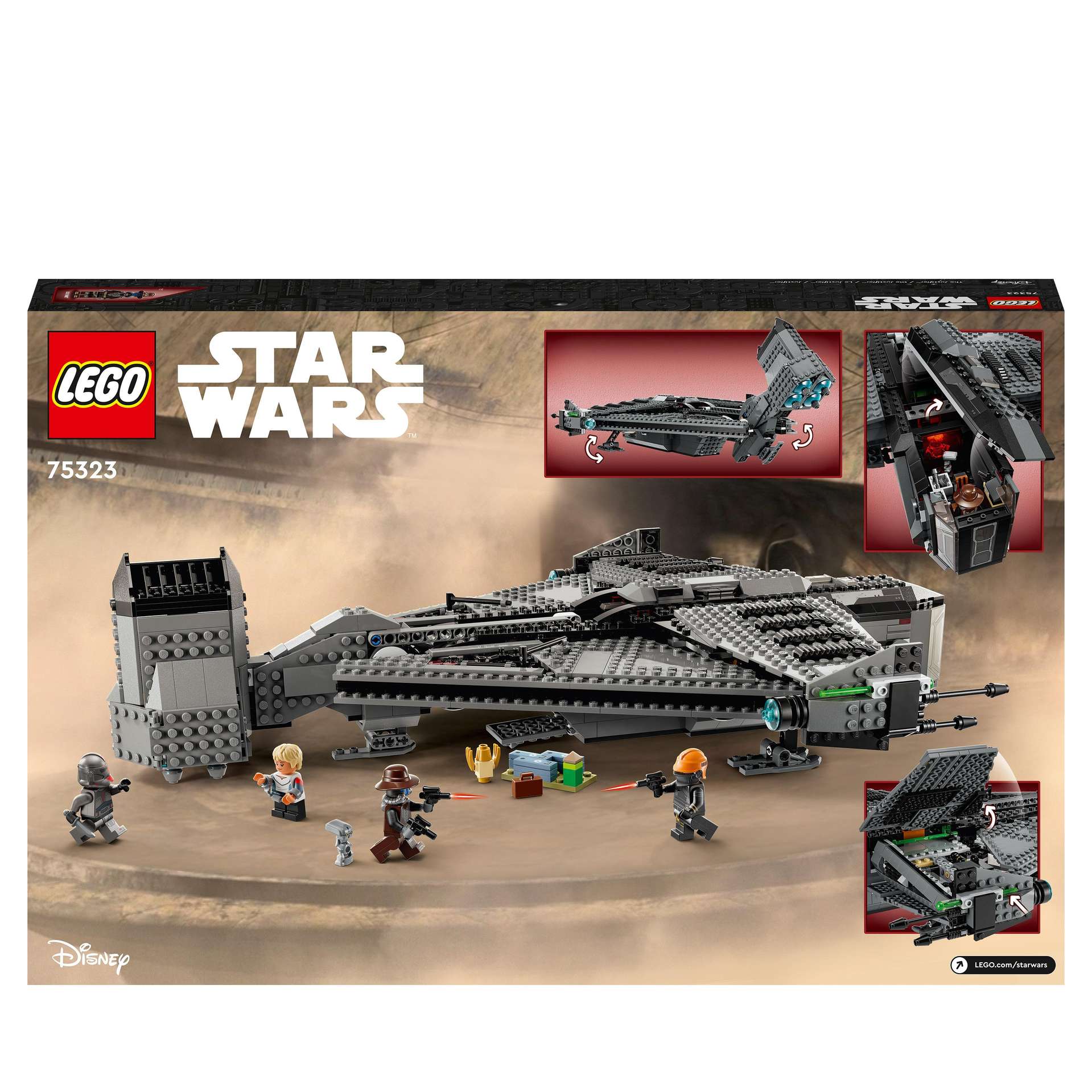 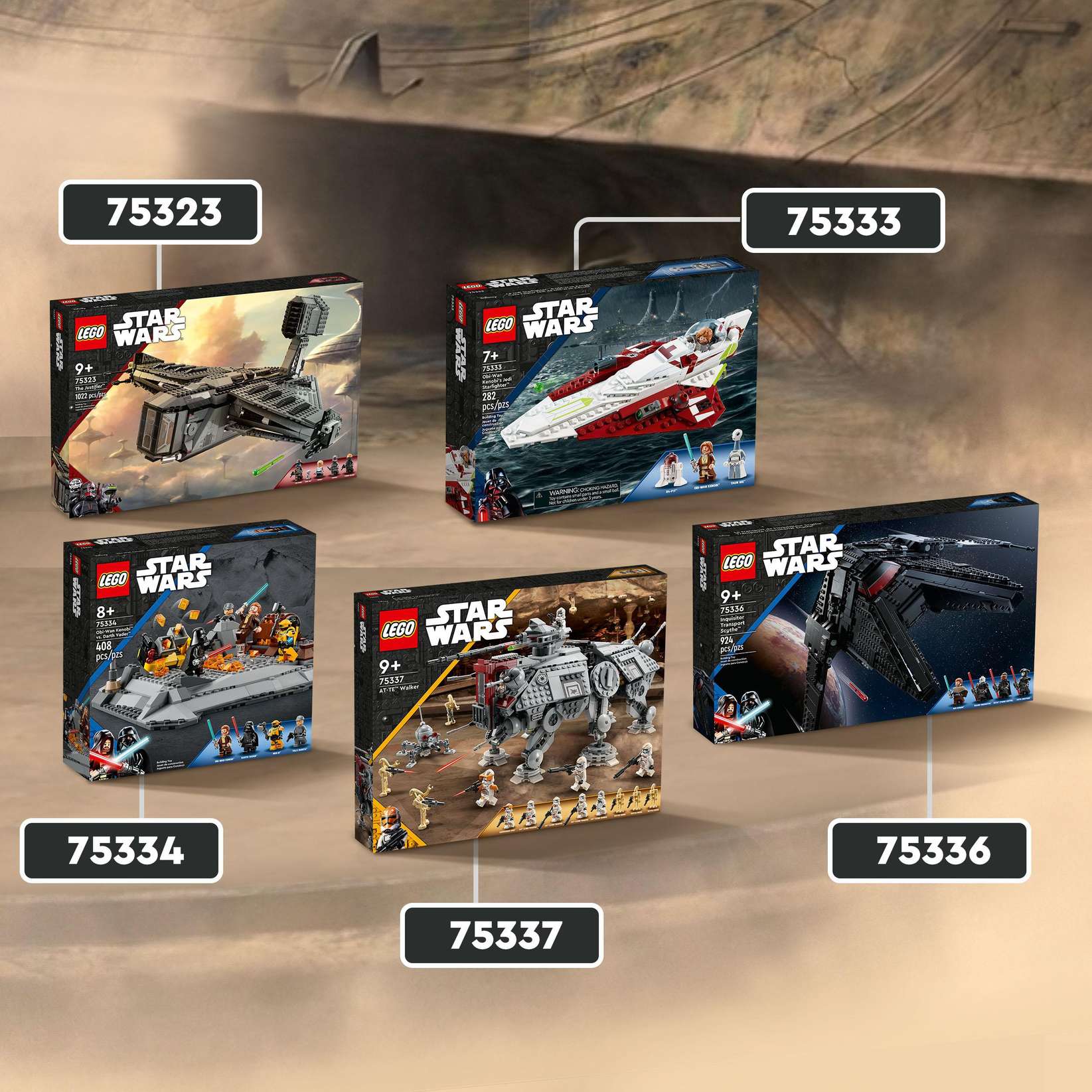 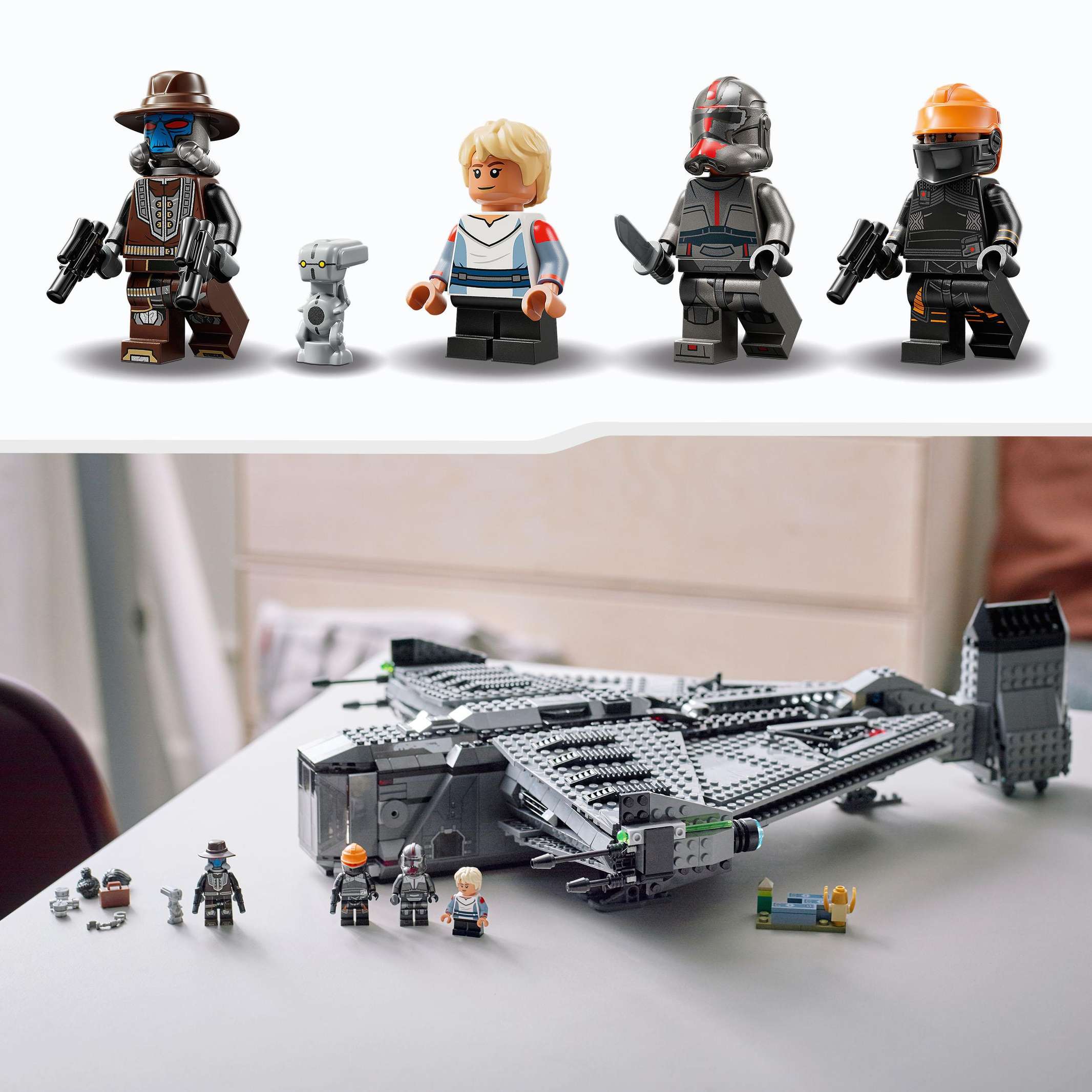 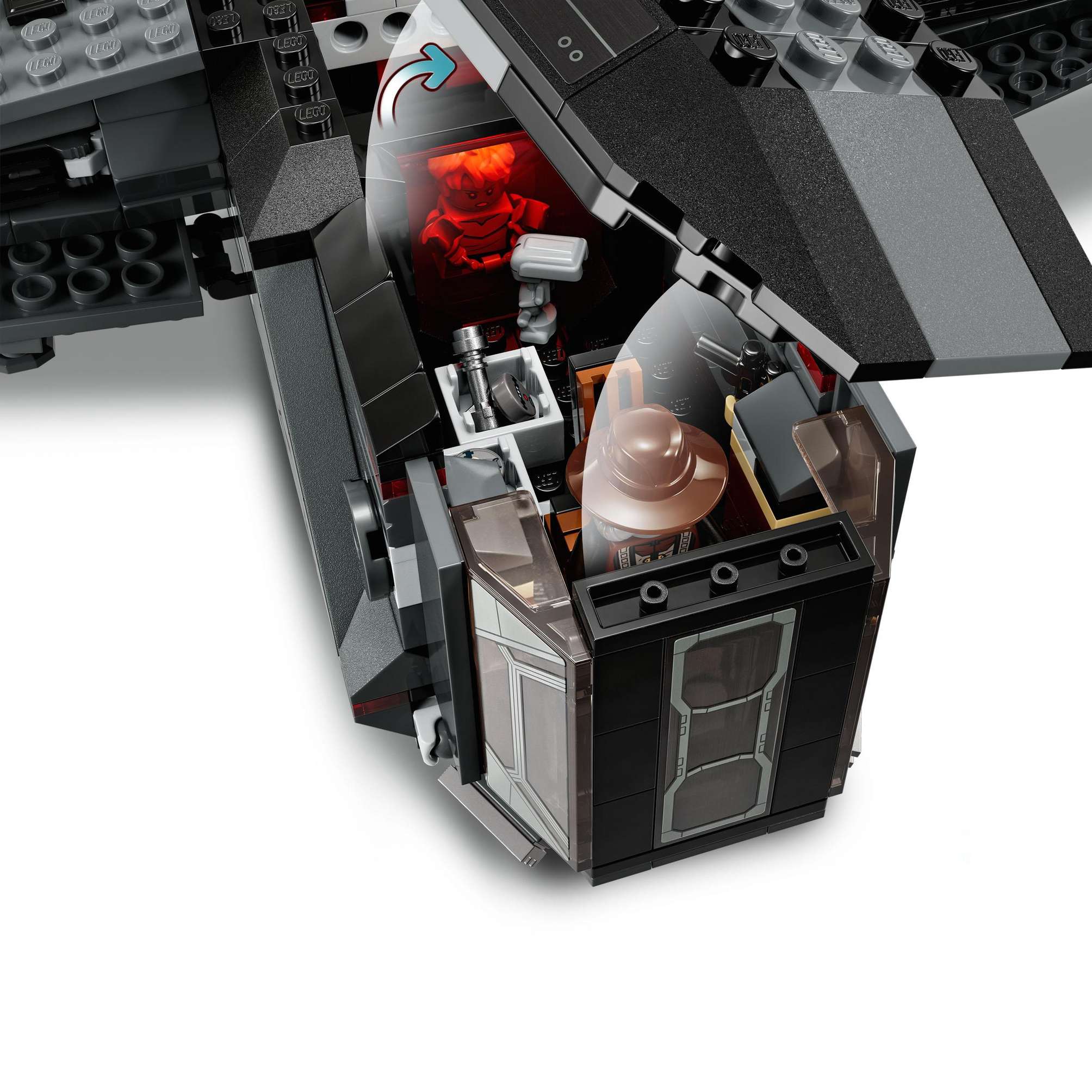 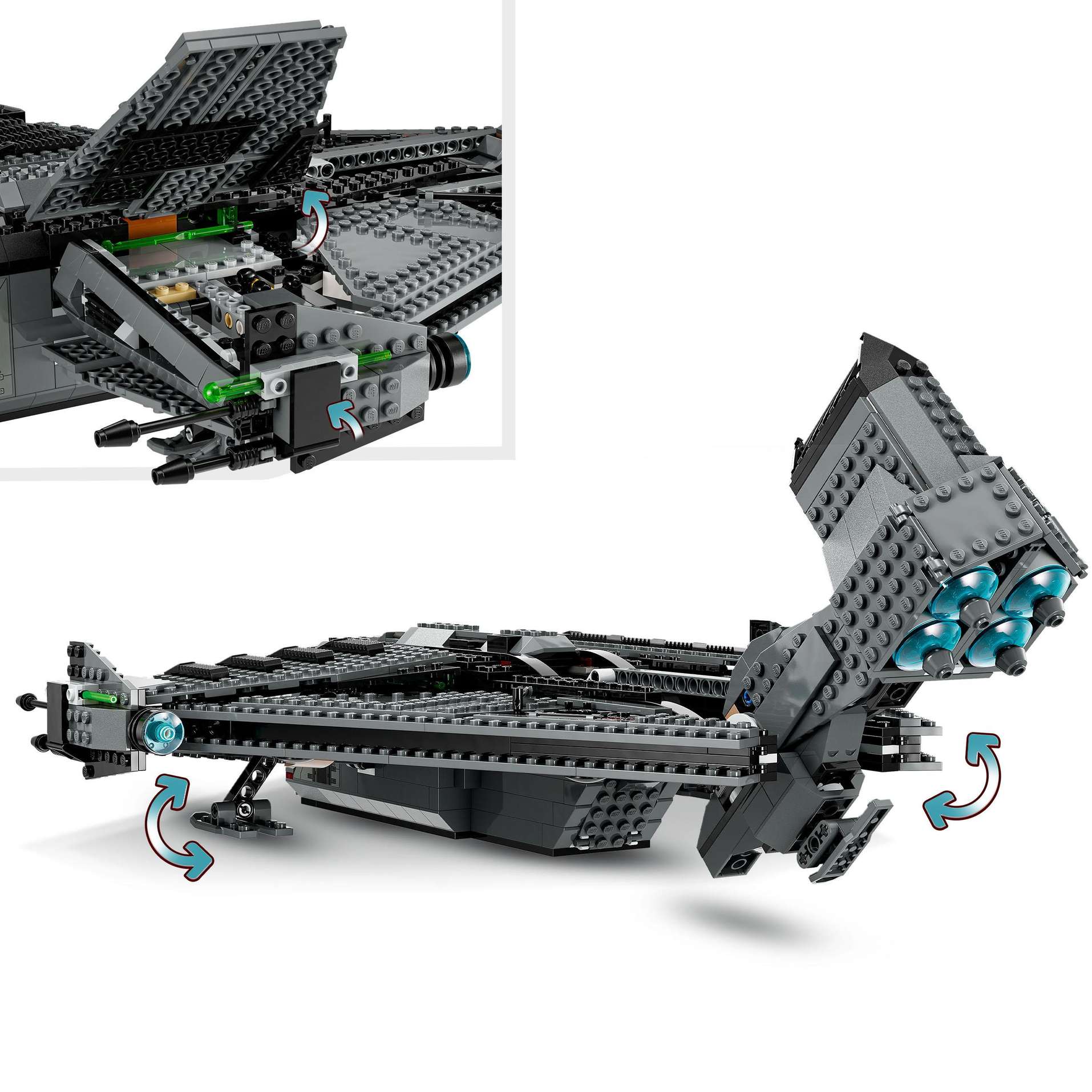 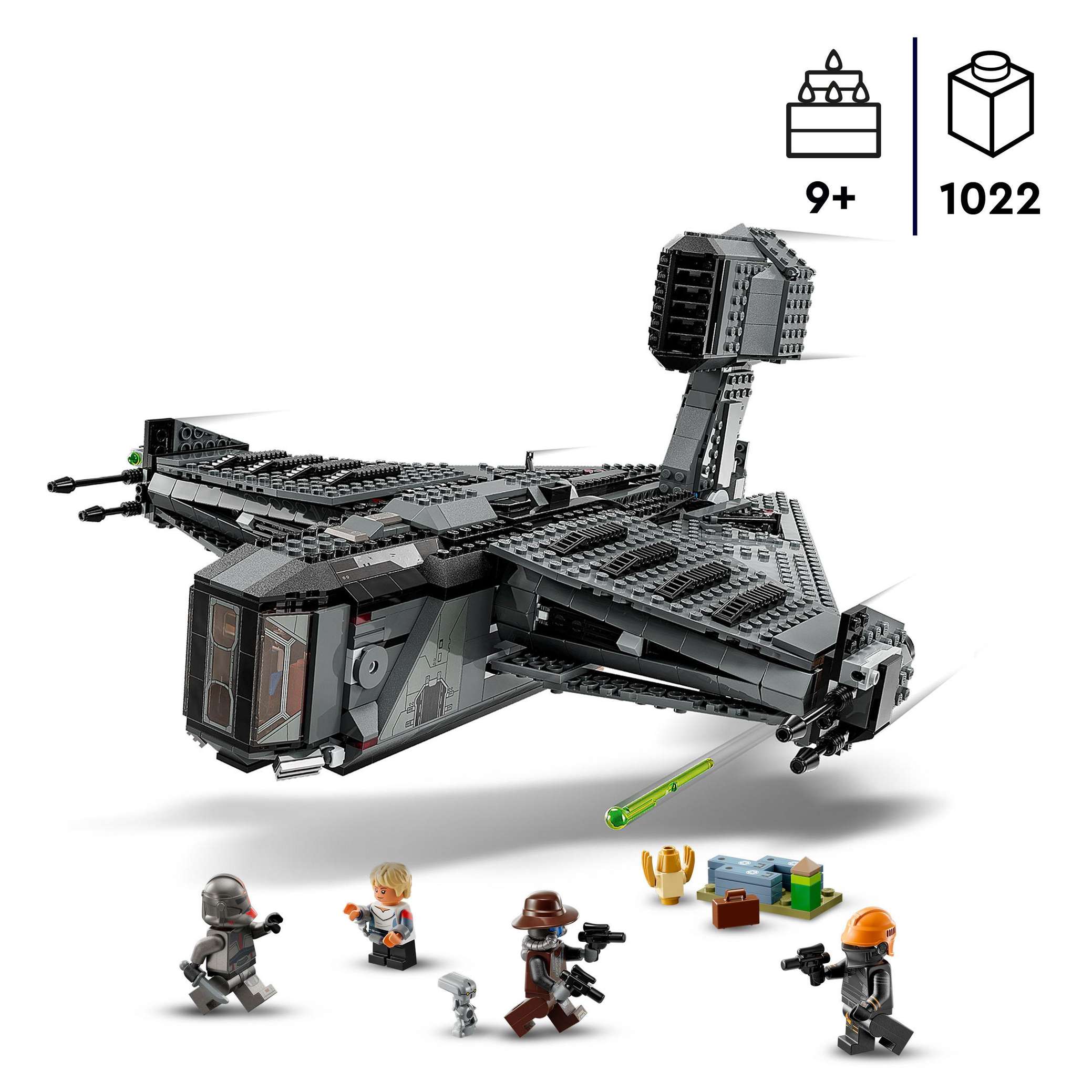 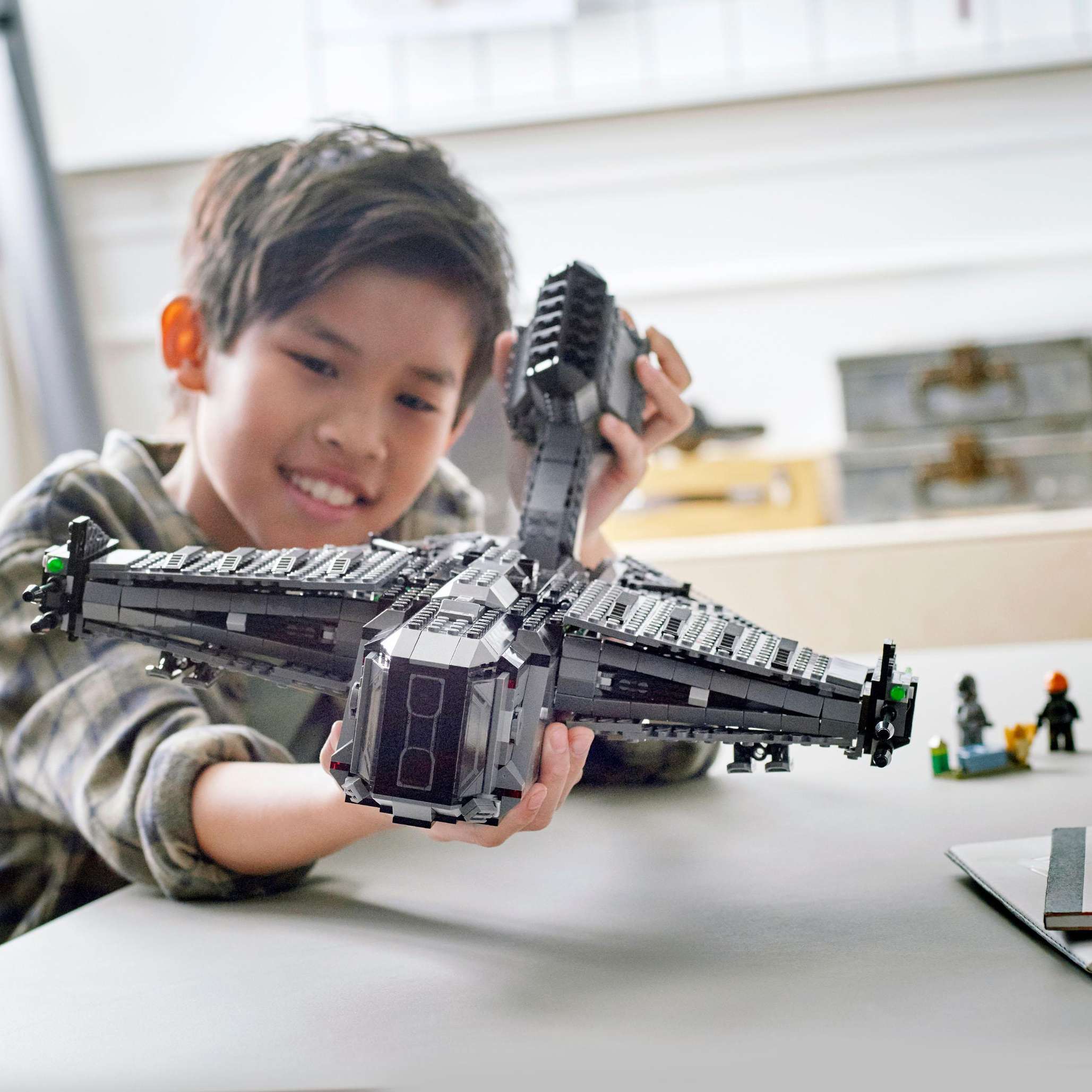 Fans will love the model starship's realistic features, such as the rear engine that folds up and down for flight and landing, a detailed cockpit, spring-loaded shooters on the wingtips and a ‘laser’ jail cell to imprison Omega. There are 4 LEGO Star Wars minifigures of Cad Bane, Omega, Fennec Shand and Hunter with cool weapons and accessories, plus a Todo 360 LEGO droid figure to inspire imaginative play. Bounty hunter Cad Bane has imprisoned Omega on board The Justifier. Kids help Omega break out of the laser jail cell, with help from droid Todo 360, and team up with Hunter to get away. But there’s a big bounty reward on her head, so Bane and Fennec Shand won’t give up easily! This Star Wars construction toy comes with step-by-step instructions so even fans who are new to LEGO sets can build with confidence.

The LEGO Group has been recreating iconic starships, vehicles, locations and characters from the Star Wars universe for over 2 decades and there is a large assortment of sets to delight fans of all ages. This LEGO Star Wars buildable toy starship makes fabulous gift idea for trendsetting kids aged 9+ years old.