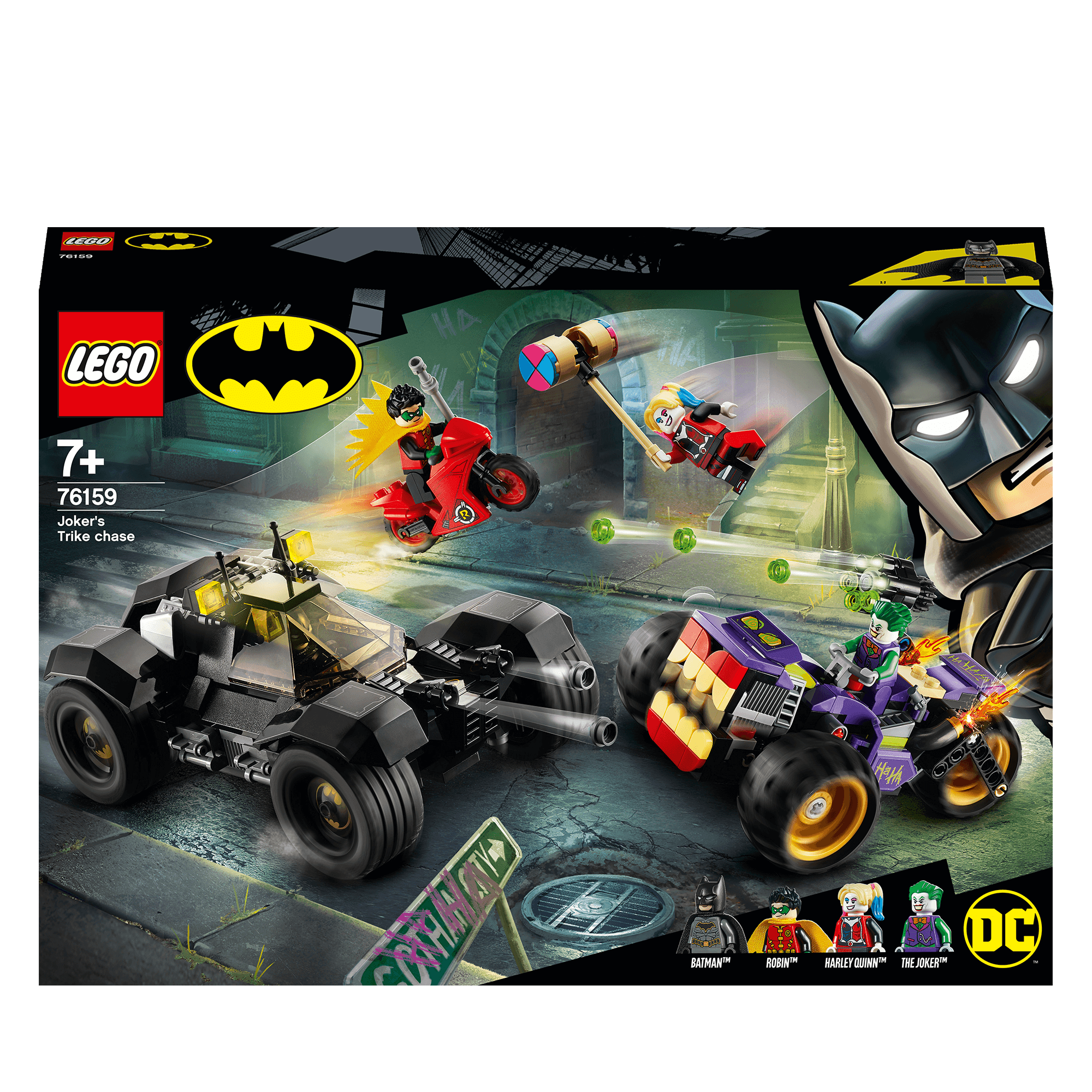 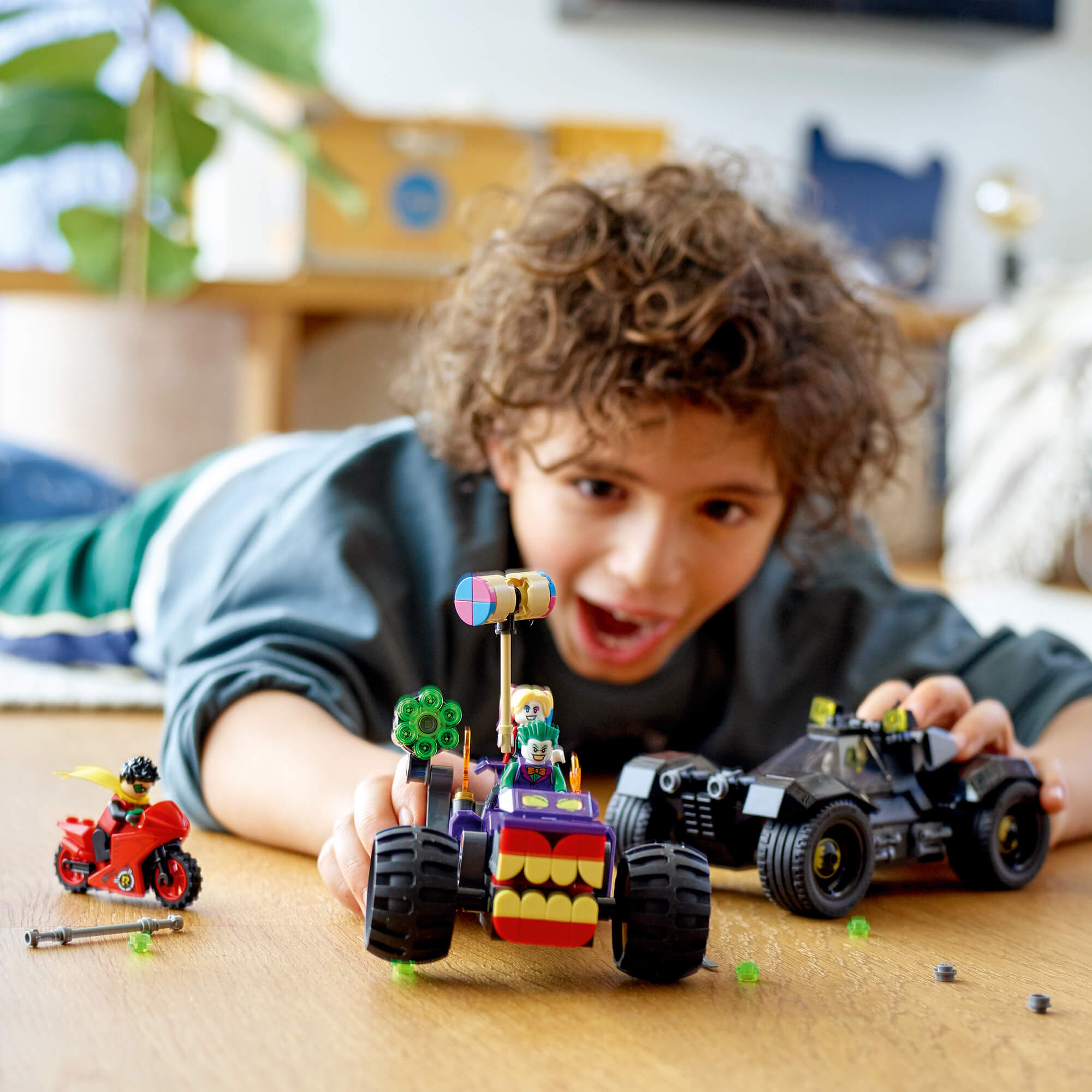 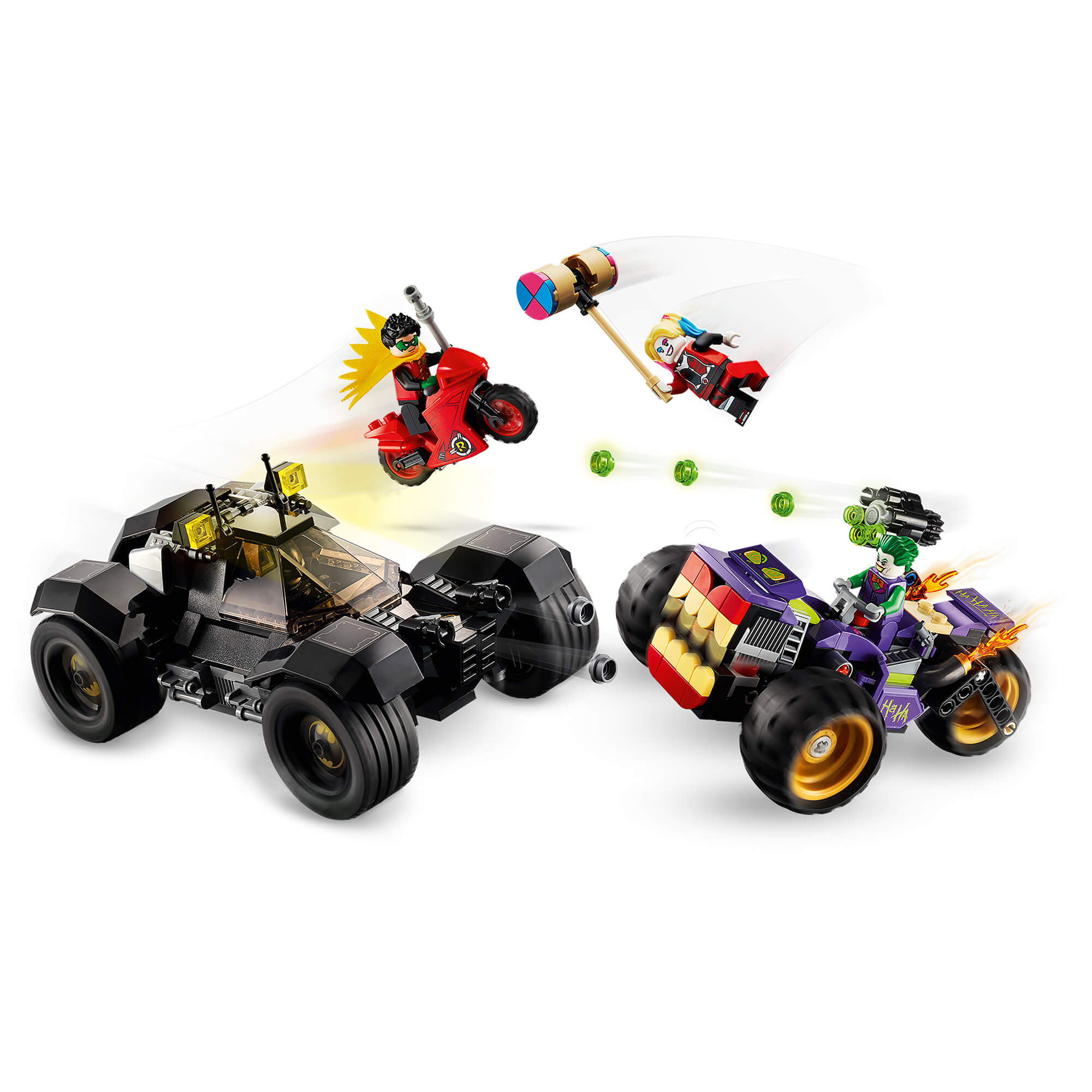 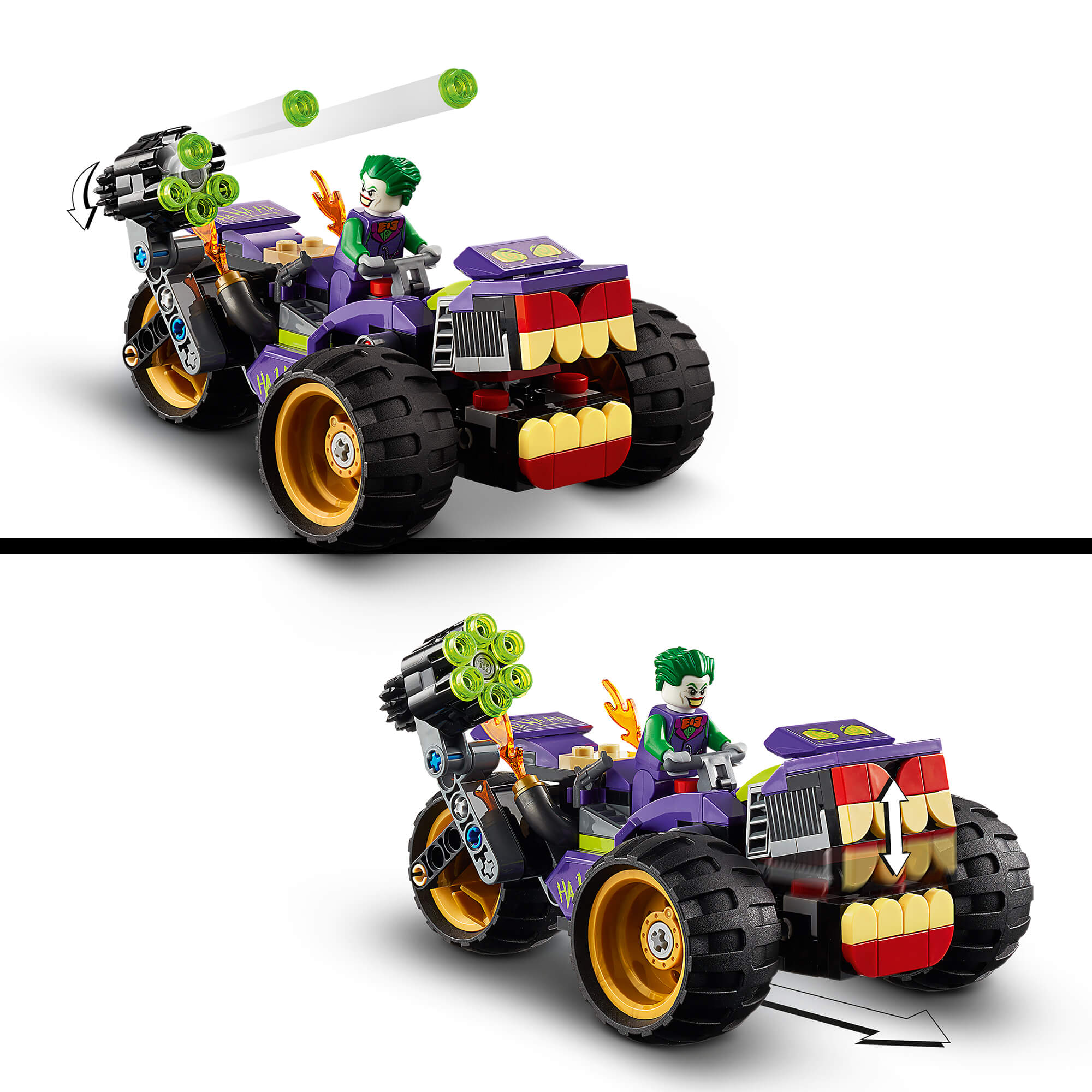 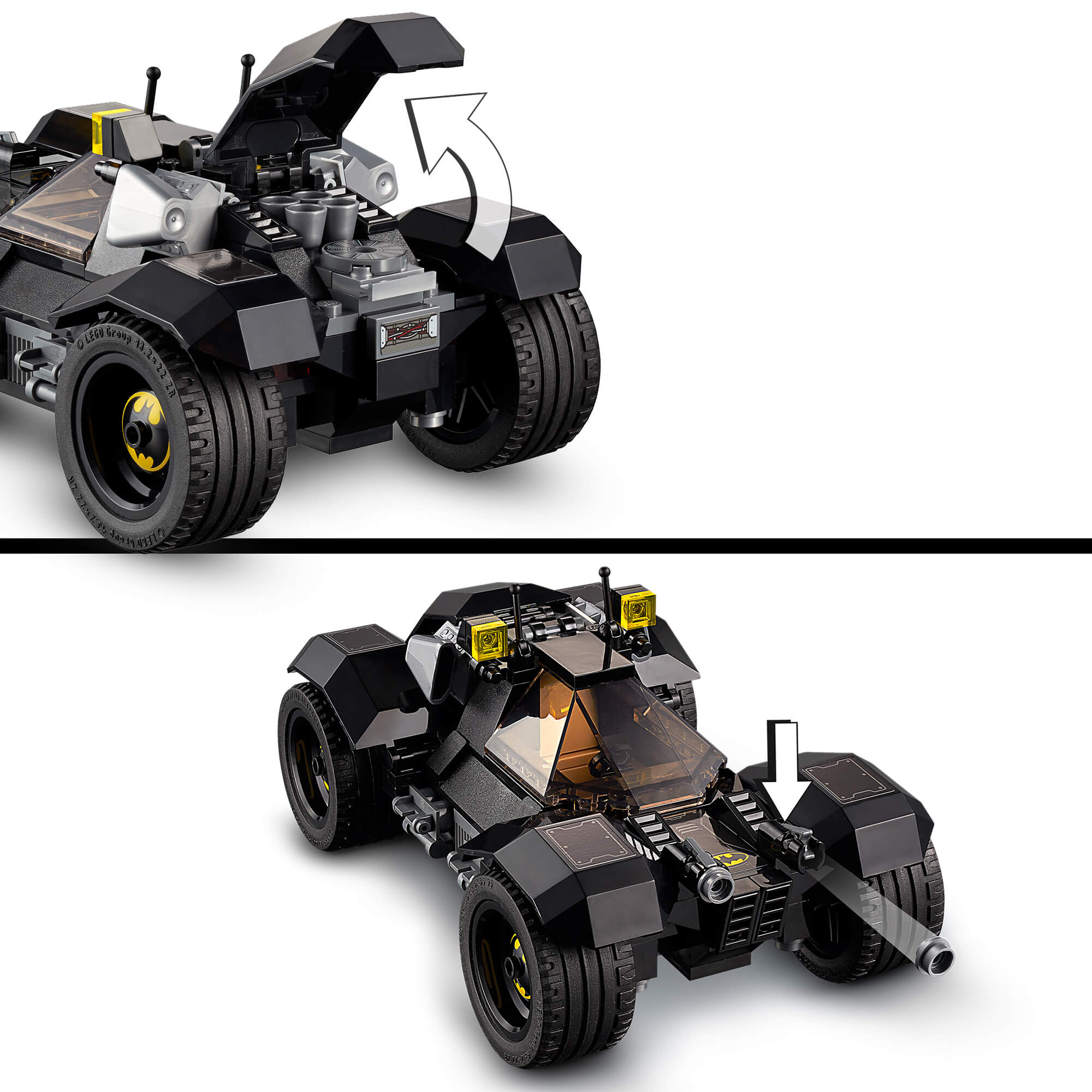 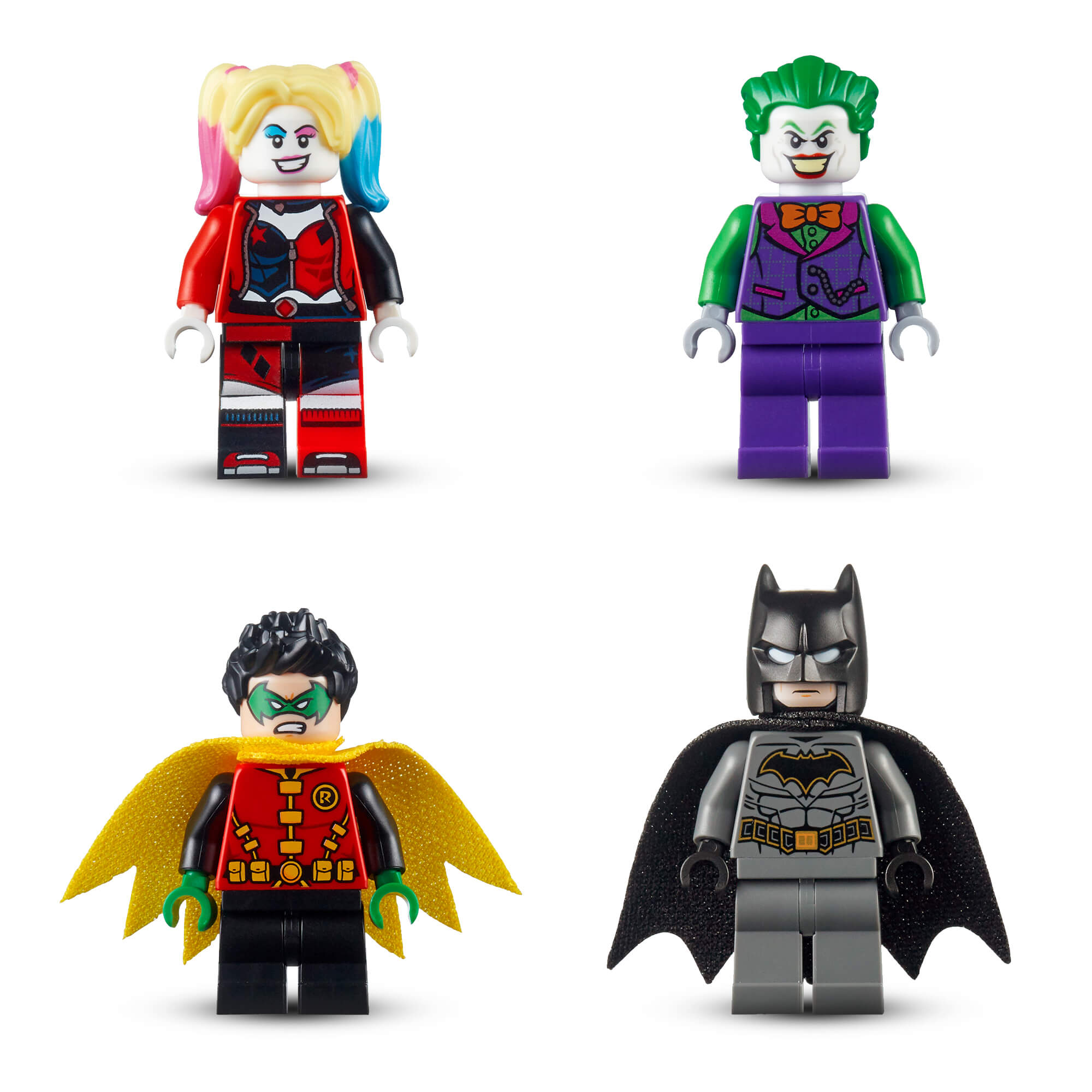 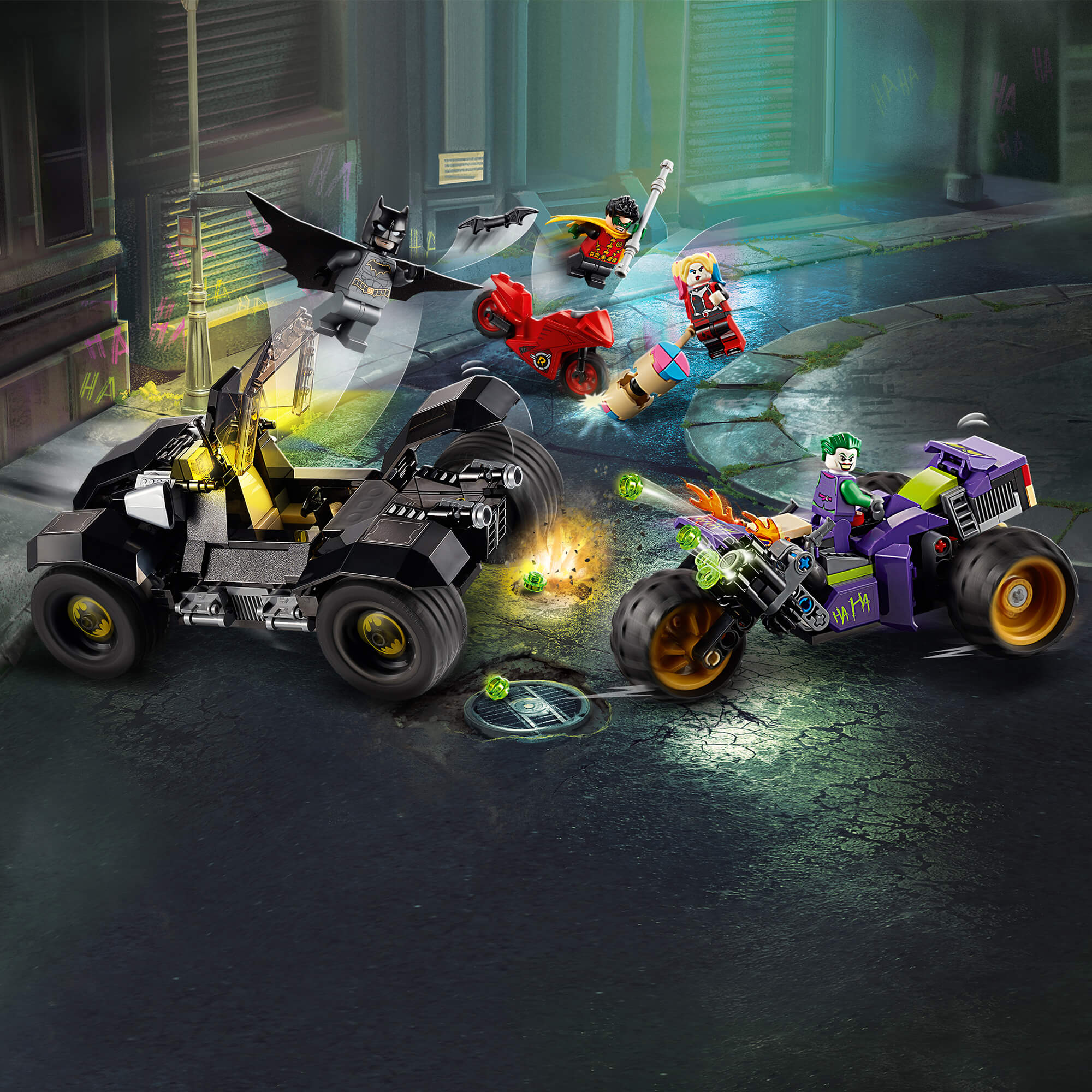 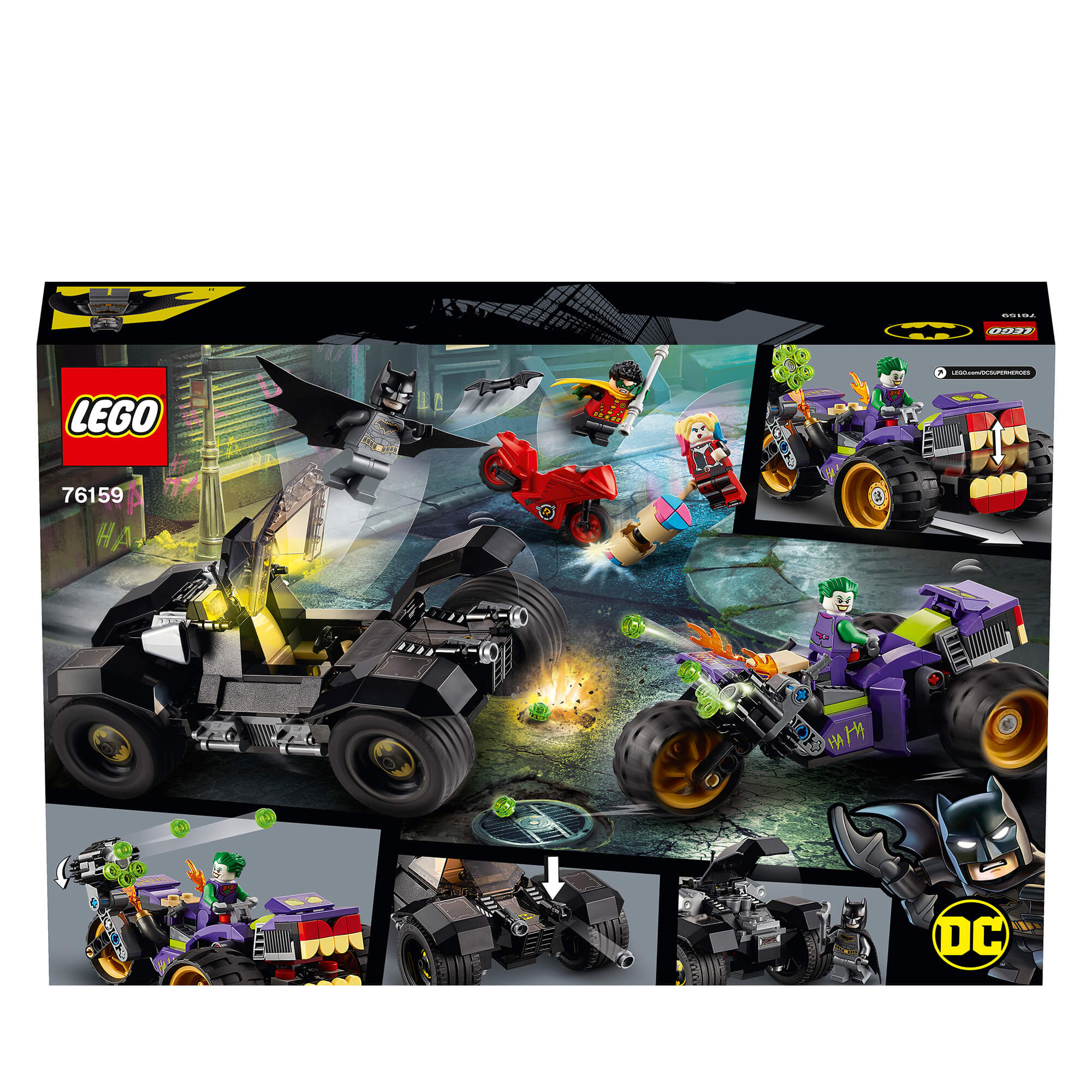 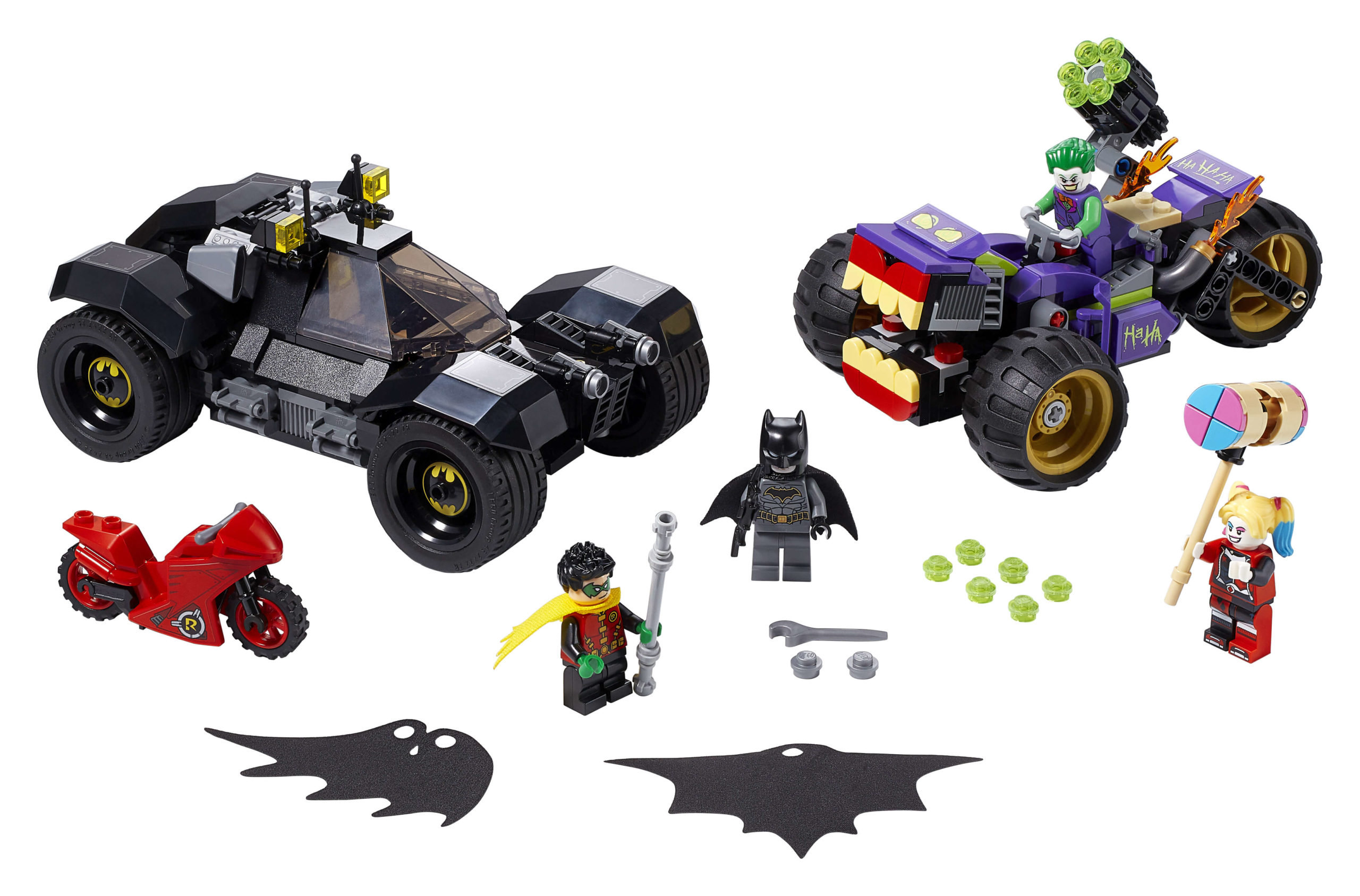 Put Batman action and adventure into the hands of young superheroes with THE JOKER’s monster 3-wheel trike toy, with its cool weapons and flames coming from the exhaust, and the ultra-cool Batmobile toy car with opening cockpit for the Batman minifigure and a removable engine. THE JOKER’s 3-wheeler has a grinning mouth on the front that opens and closes as the trike moves. And with Batman, Robin, THE JOKER and Harley Quinn minifigures, the pretend play starts right away.

LEGO DC Batman playsets bring all the thrills and epic fun of the Batman movies into kids’ homes. Superhero fans will have endless fun reliving favourite scenes and creating imaginative adventures of their own.