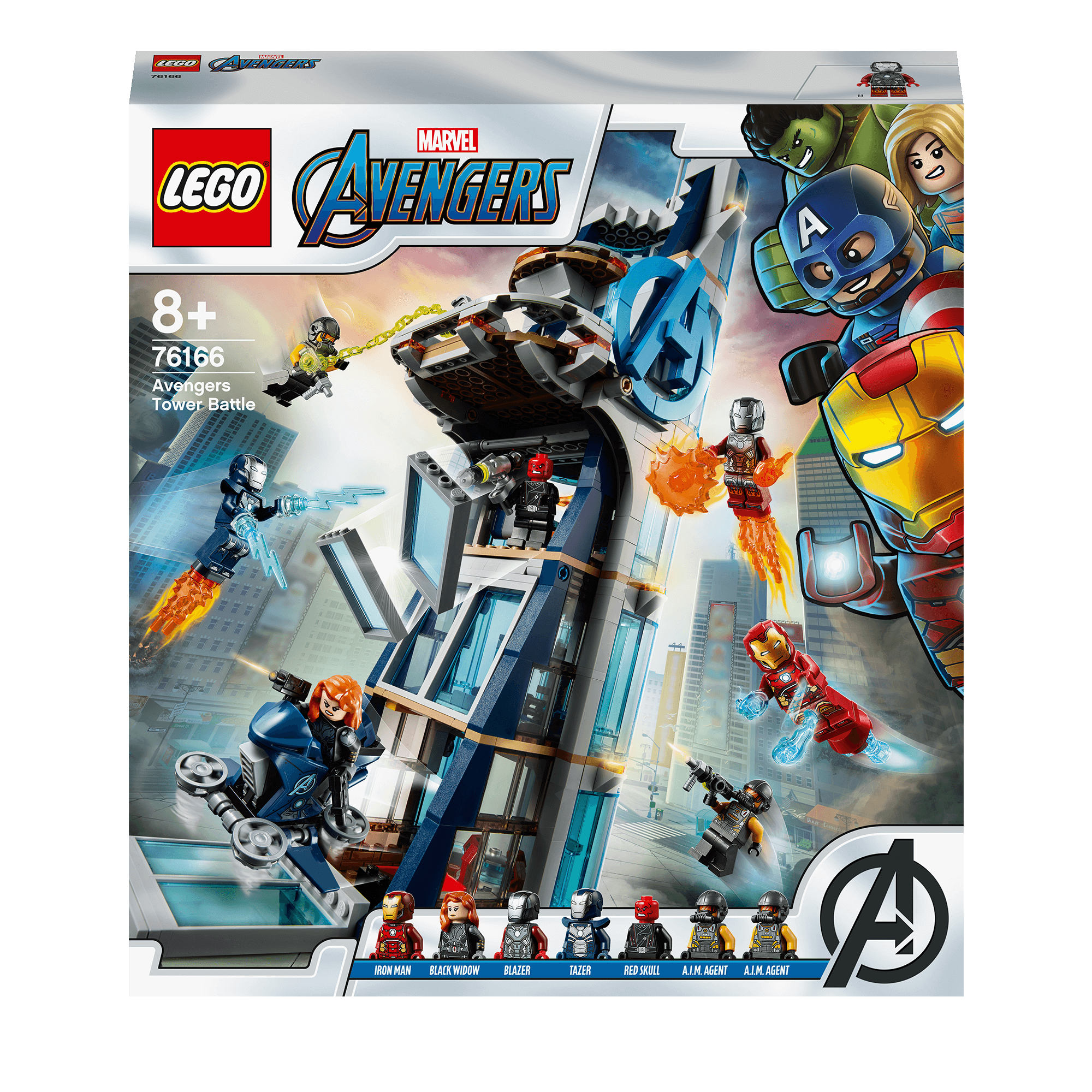 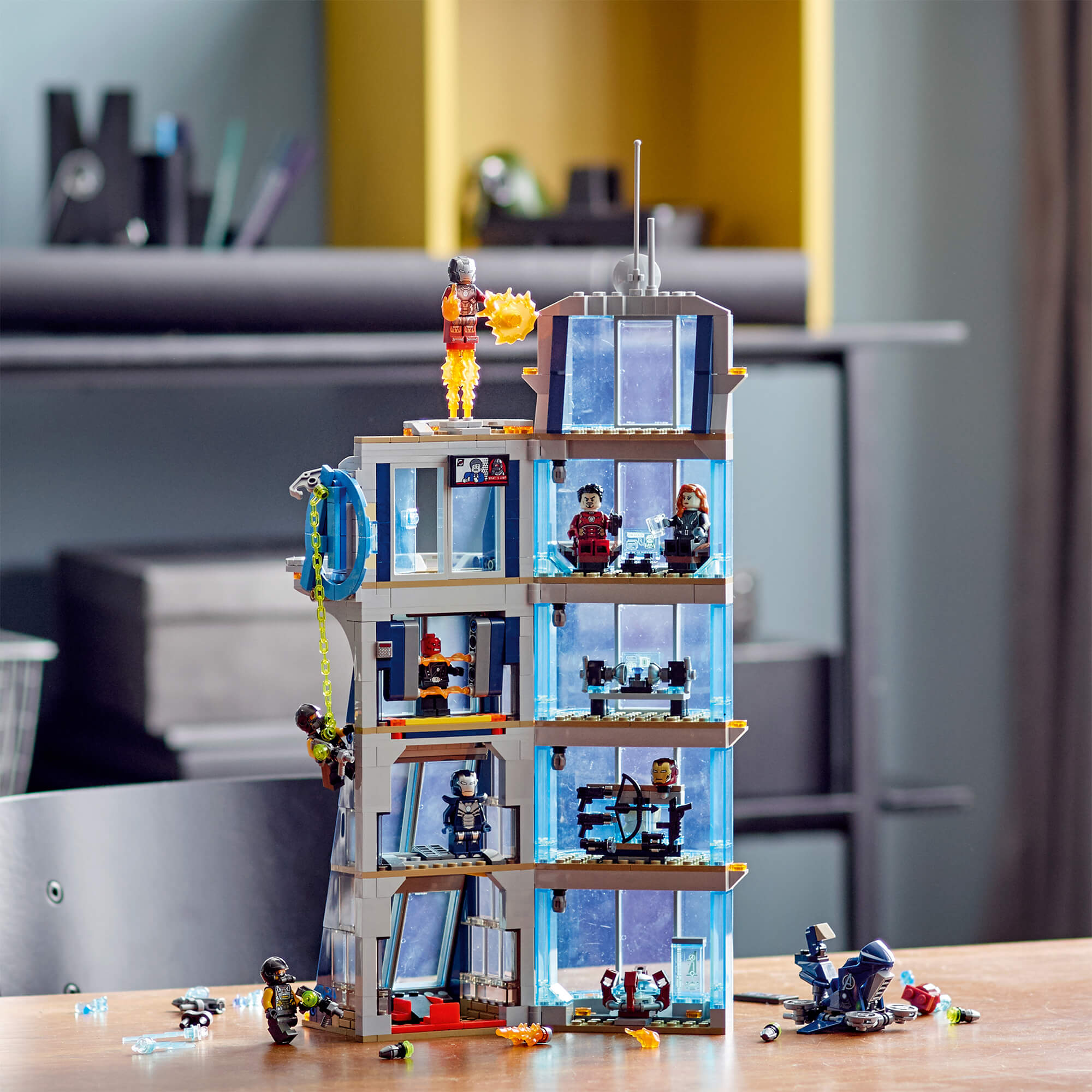 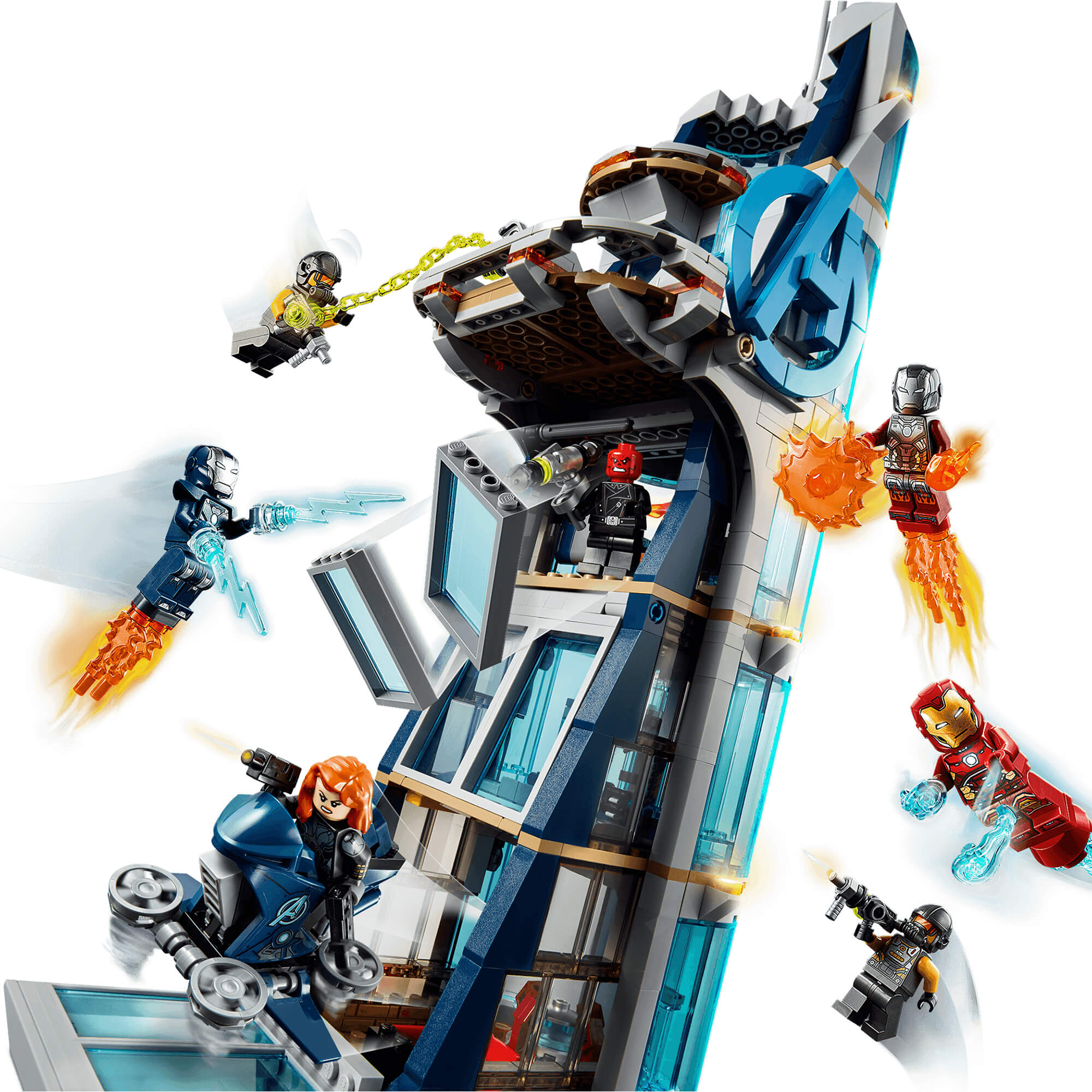 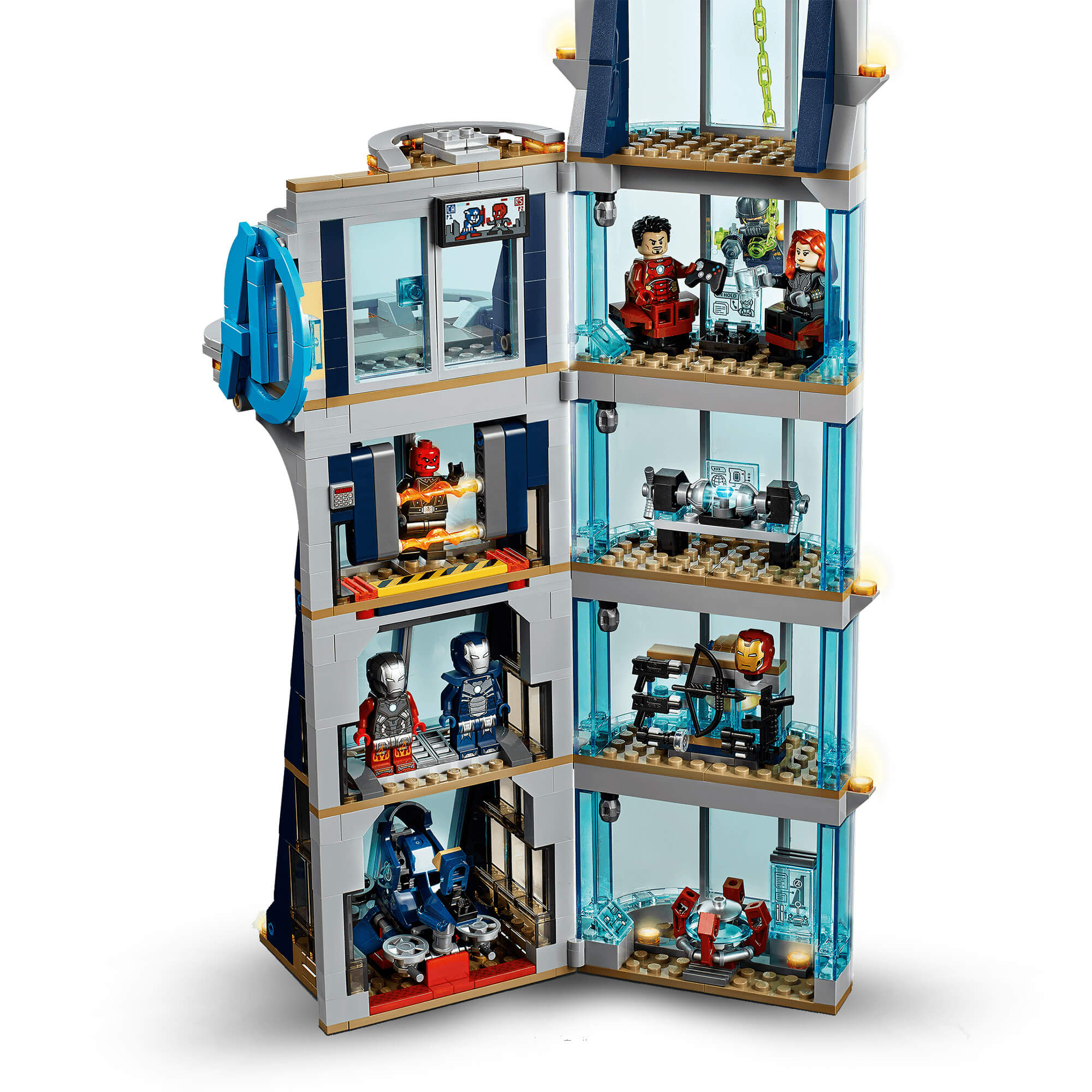 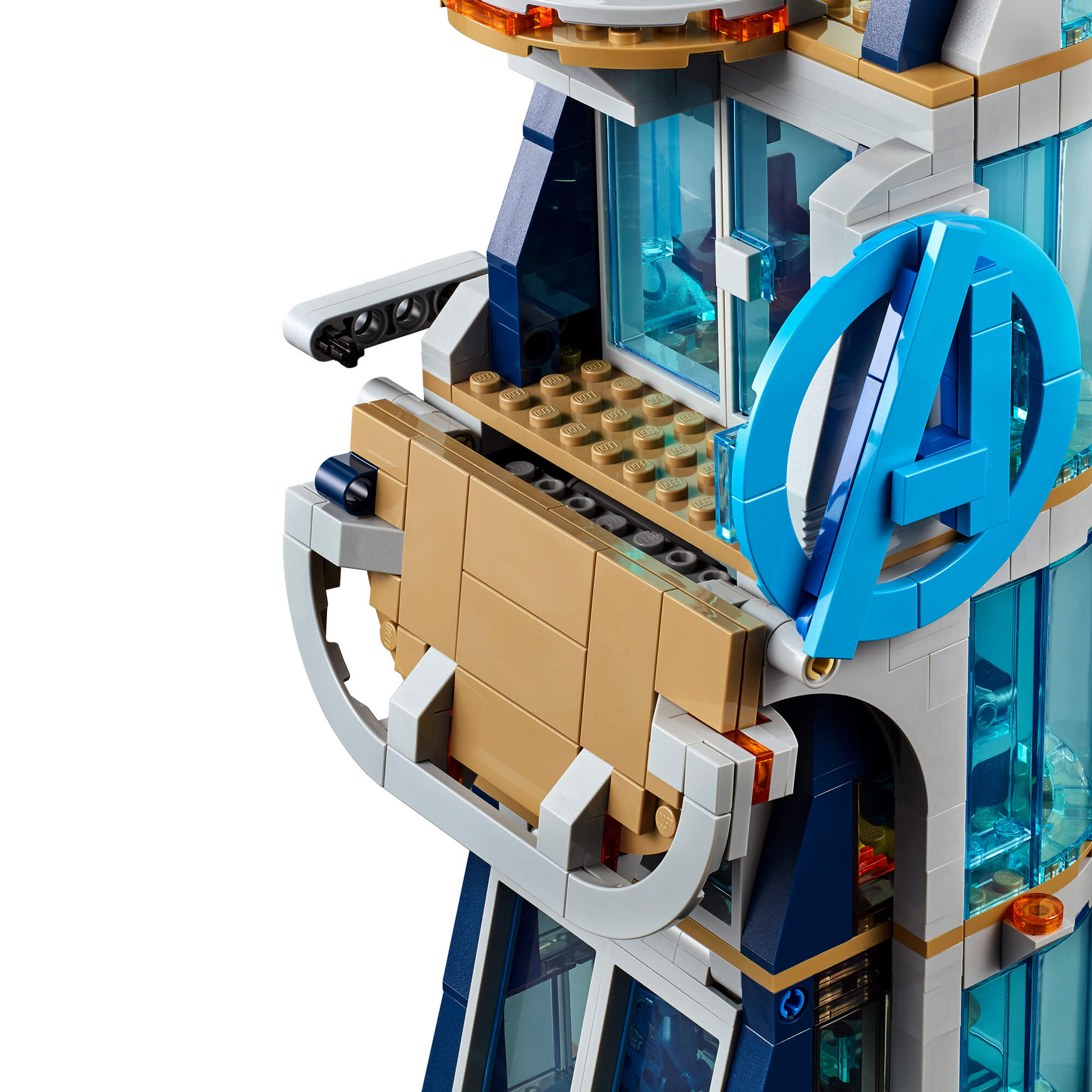 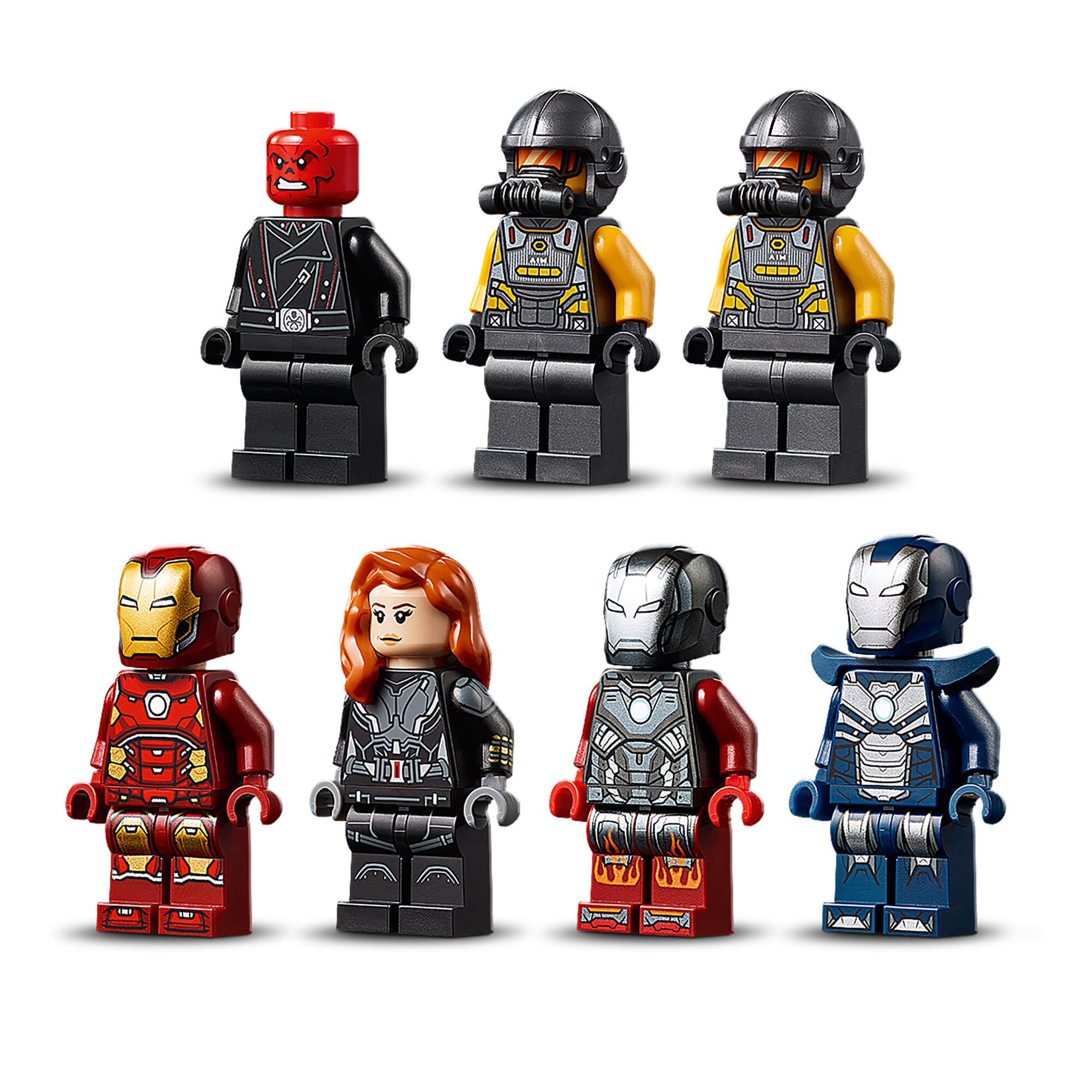 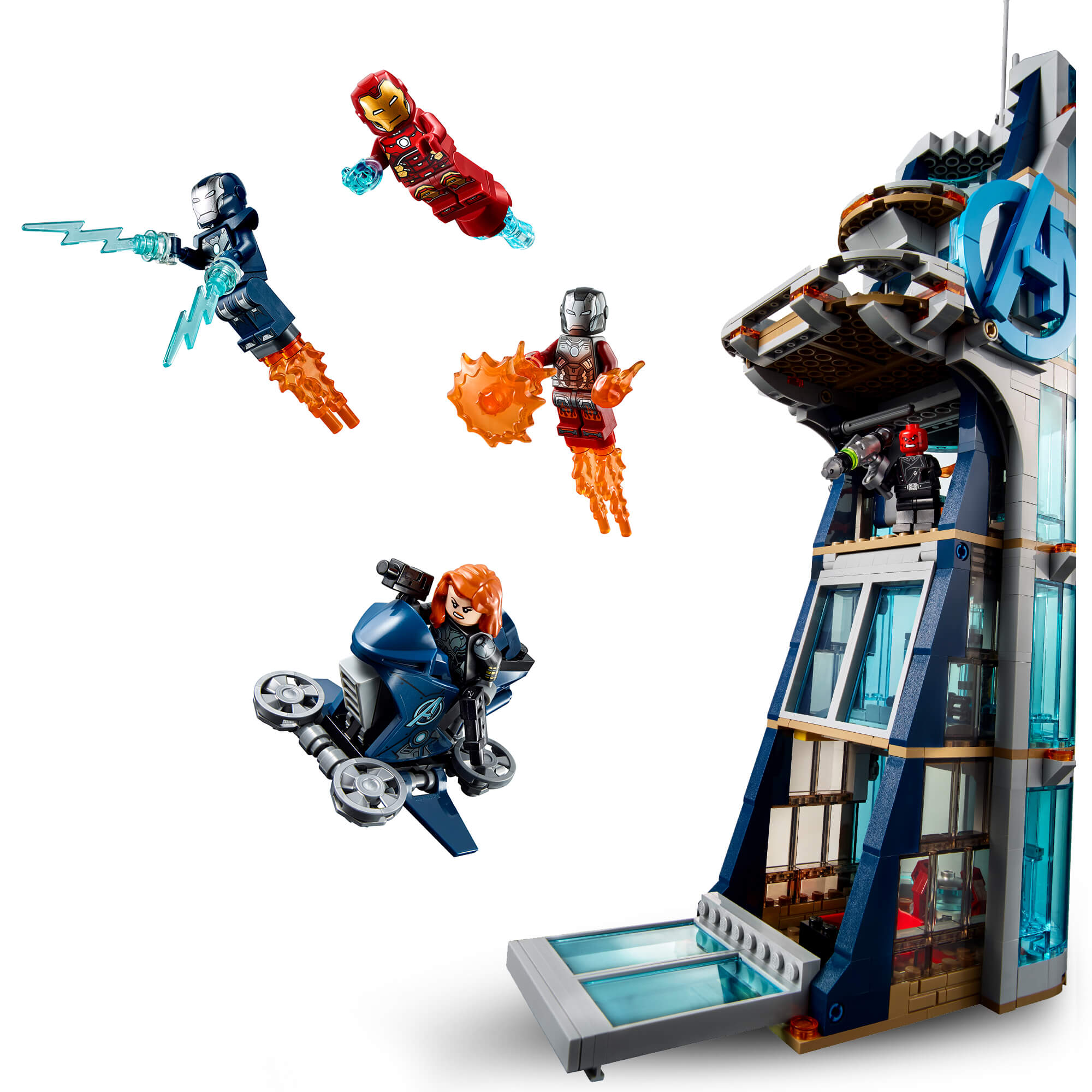 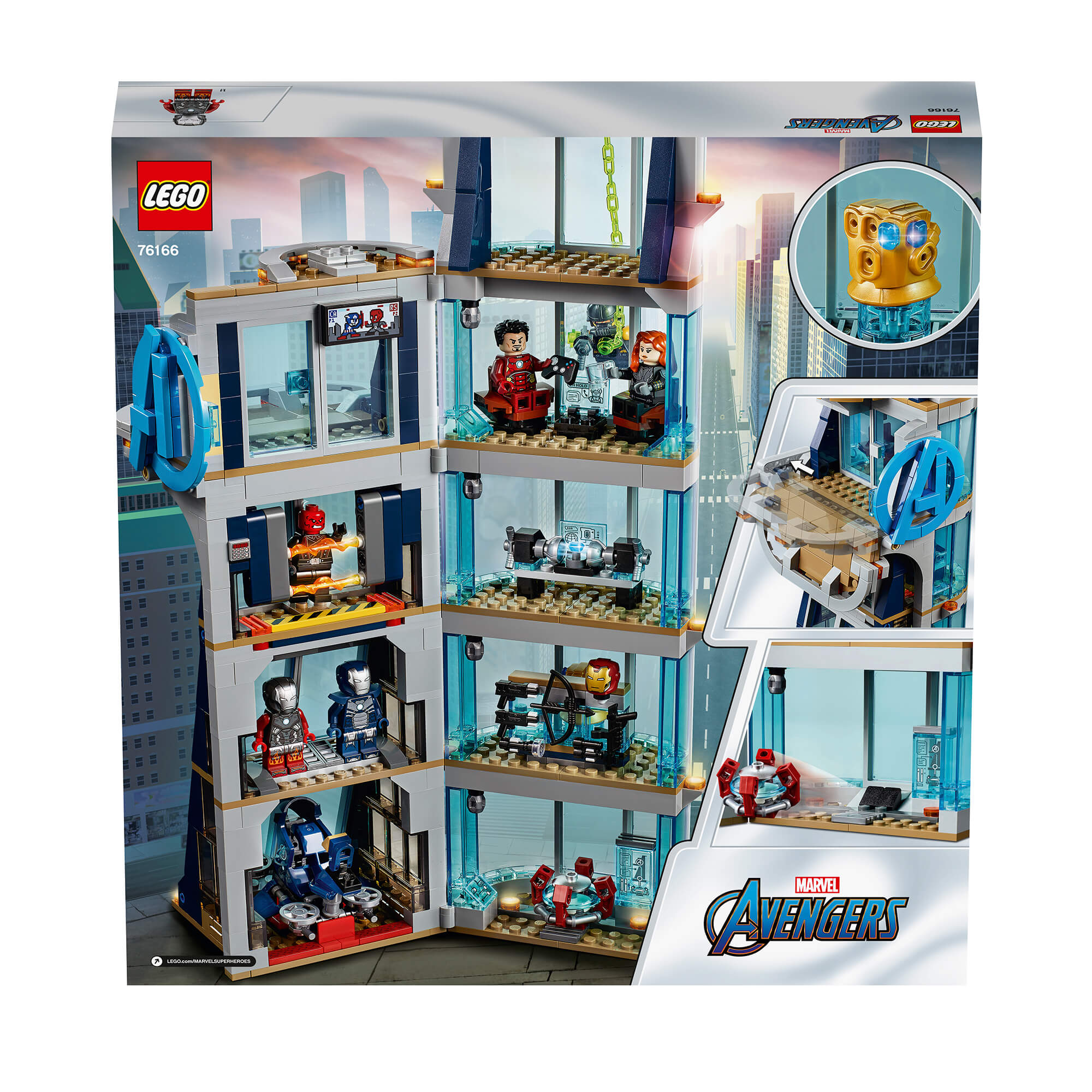 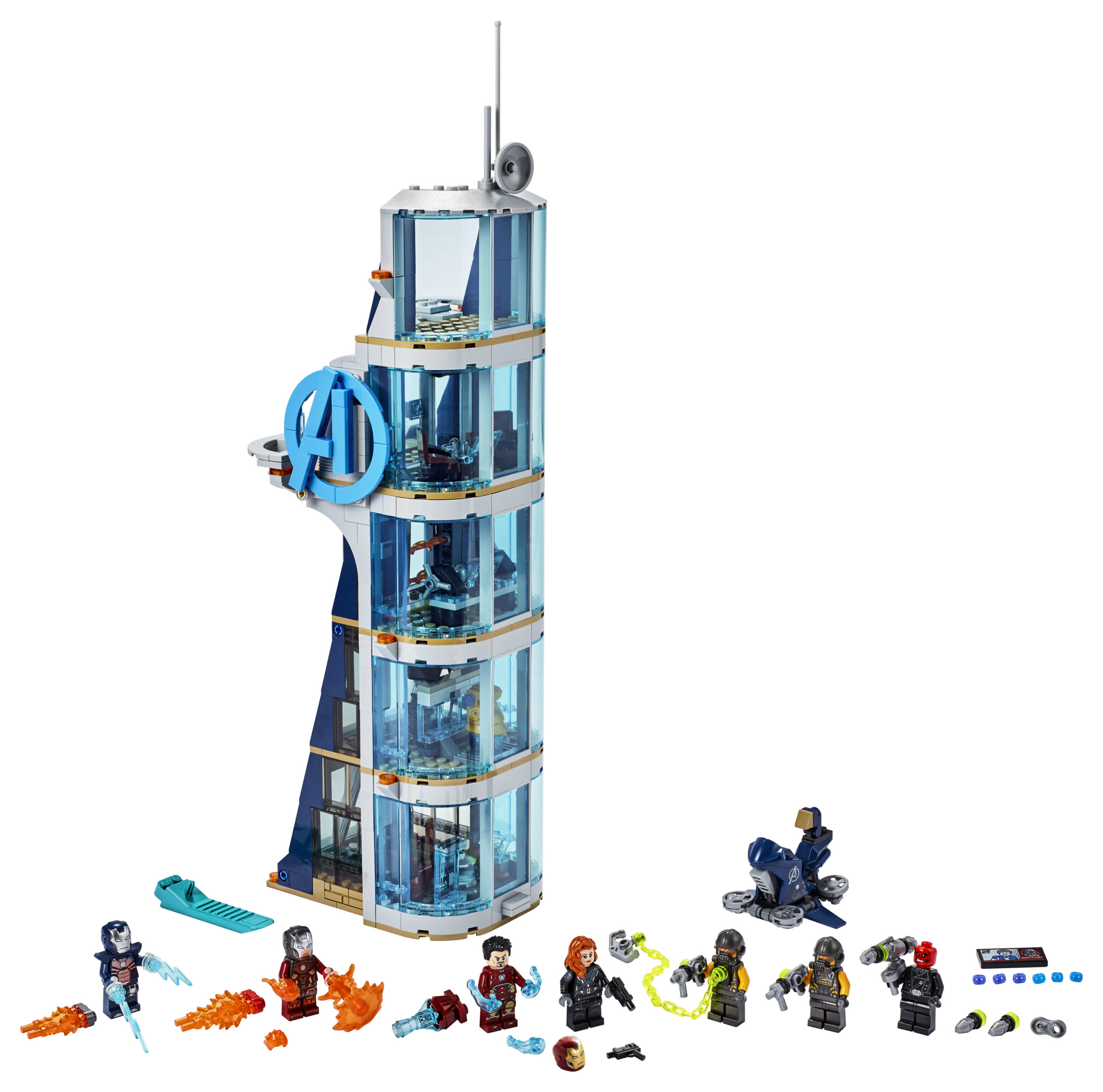 Rooms in the tower include Black Widow’s Sky Cycle garage, the Arc Reactor room, armoury room to store Iron Man’s 2 additional armours (Blazer and Tazer), weapons room, a tech lab, jail, and conference room. There are also 2 balconies for the superhero action to extend outside of the tower, as Iron Man and Black Widow take on the evil Red Skull and his 2 A.I.M. Agents in an epic battle.