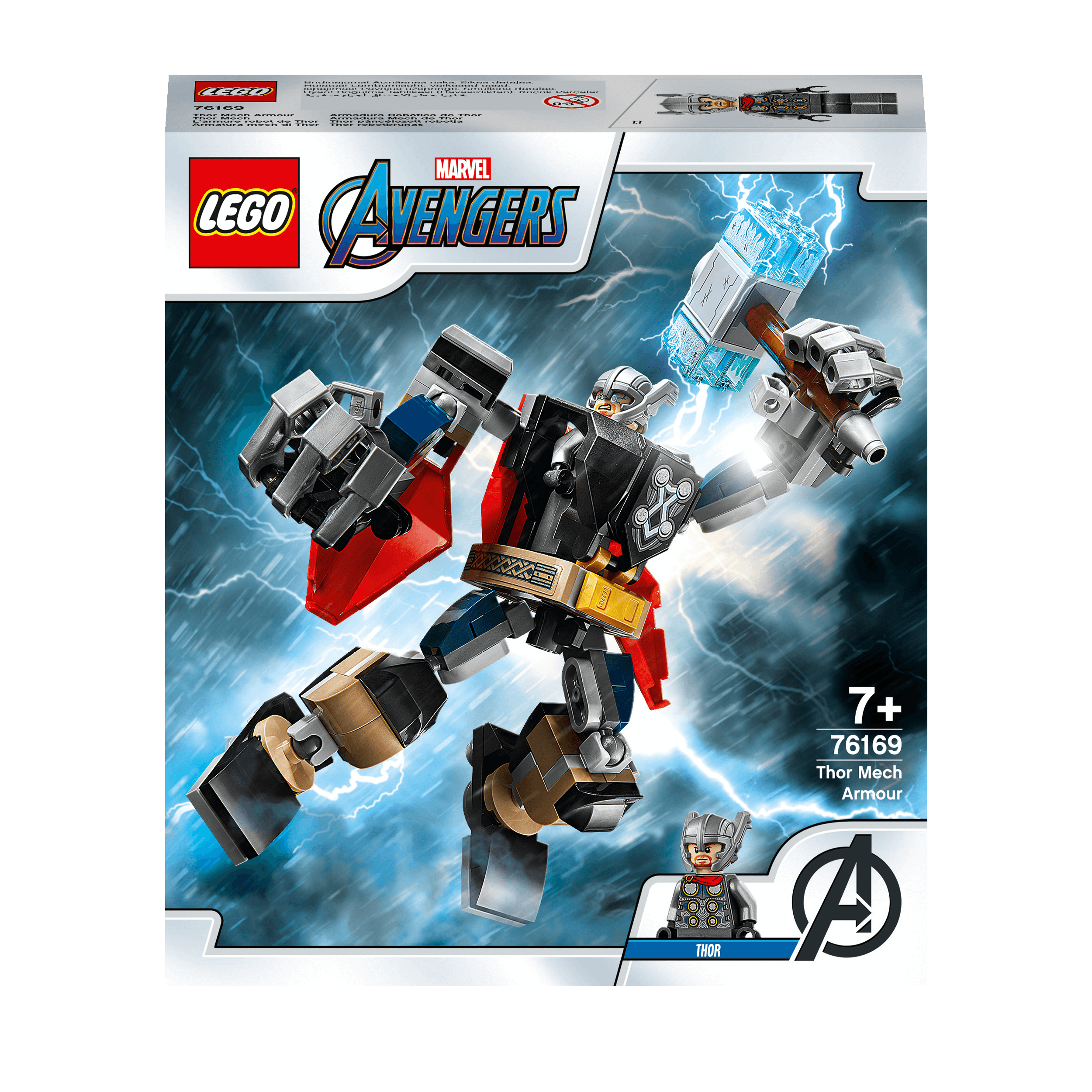 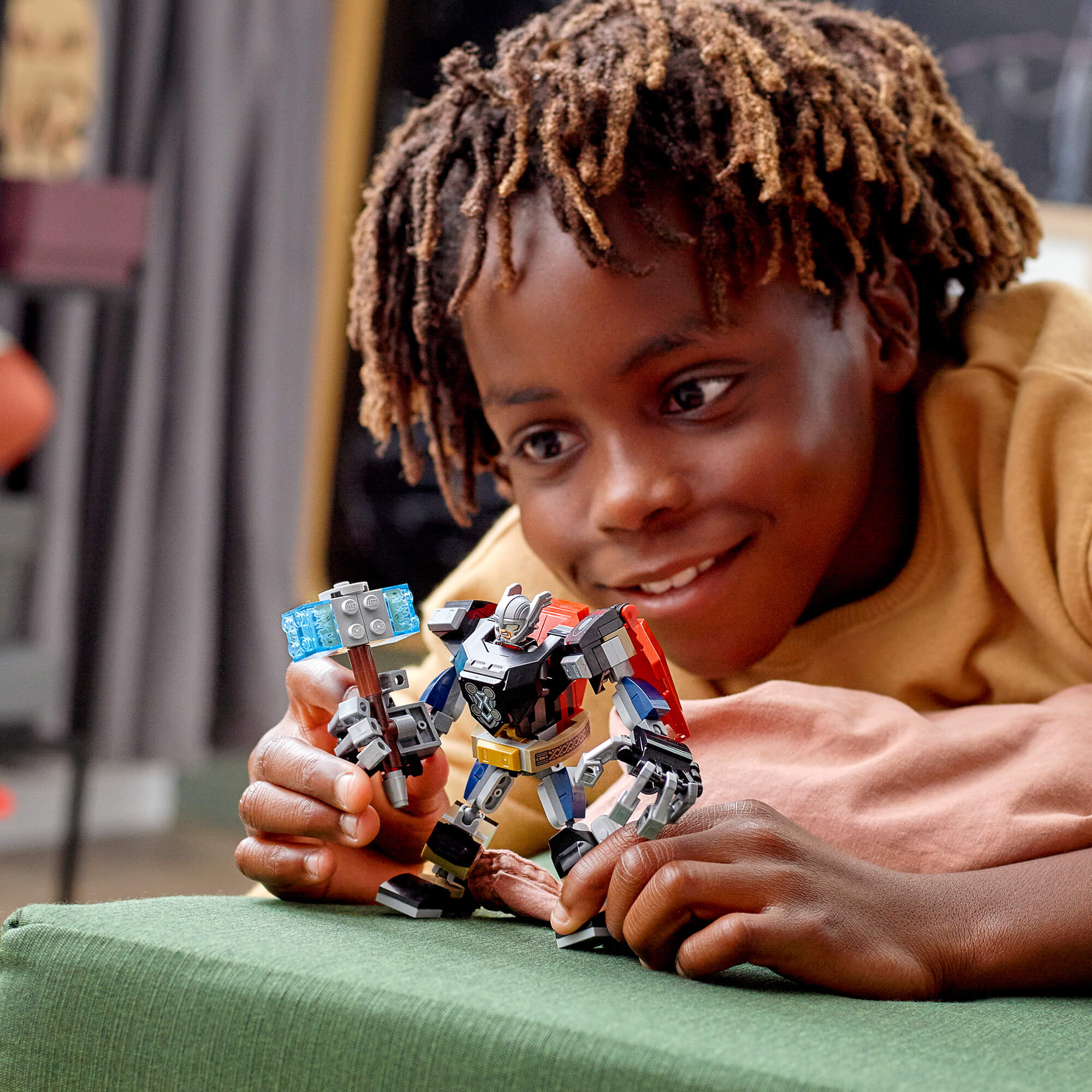 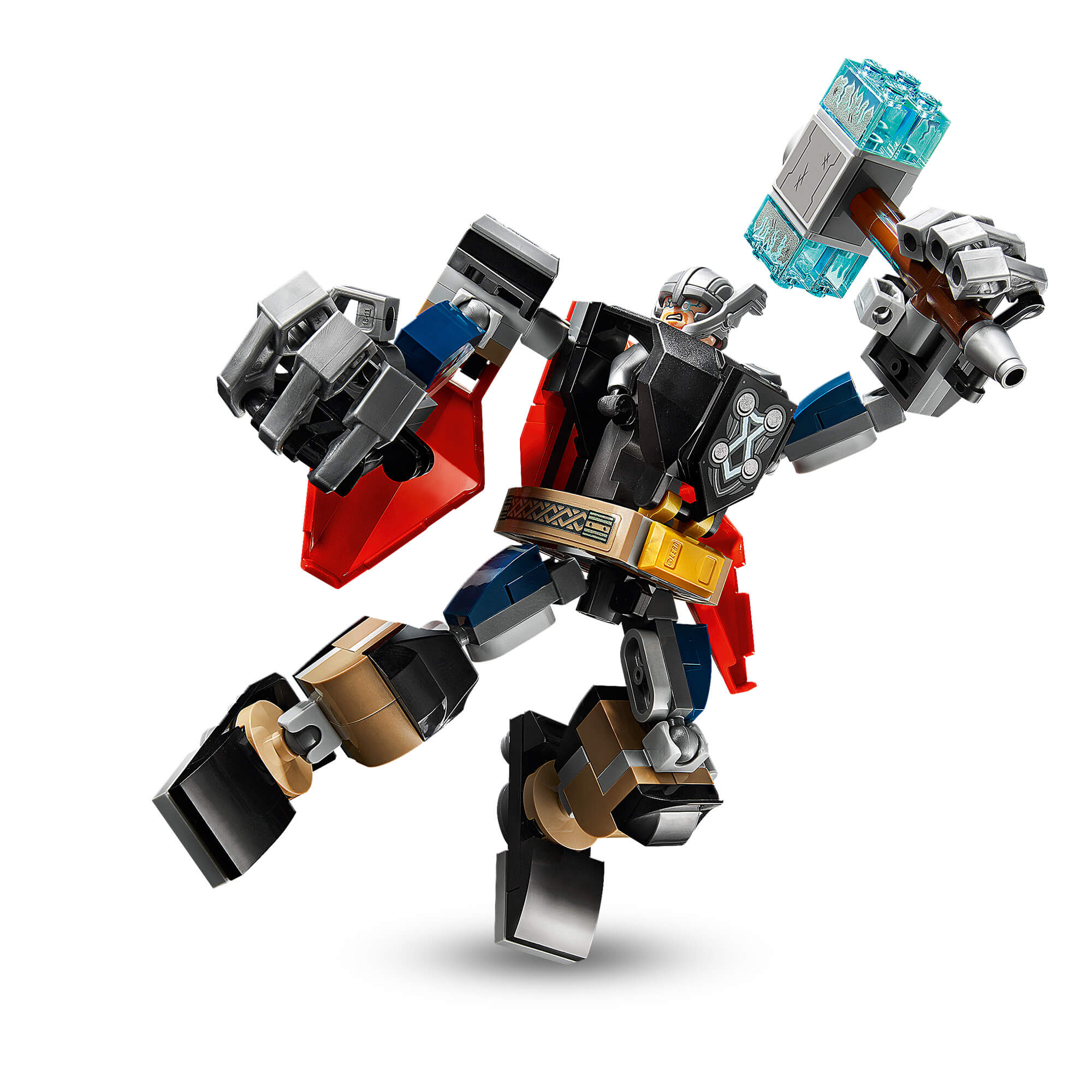 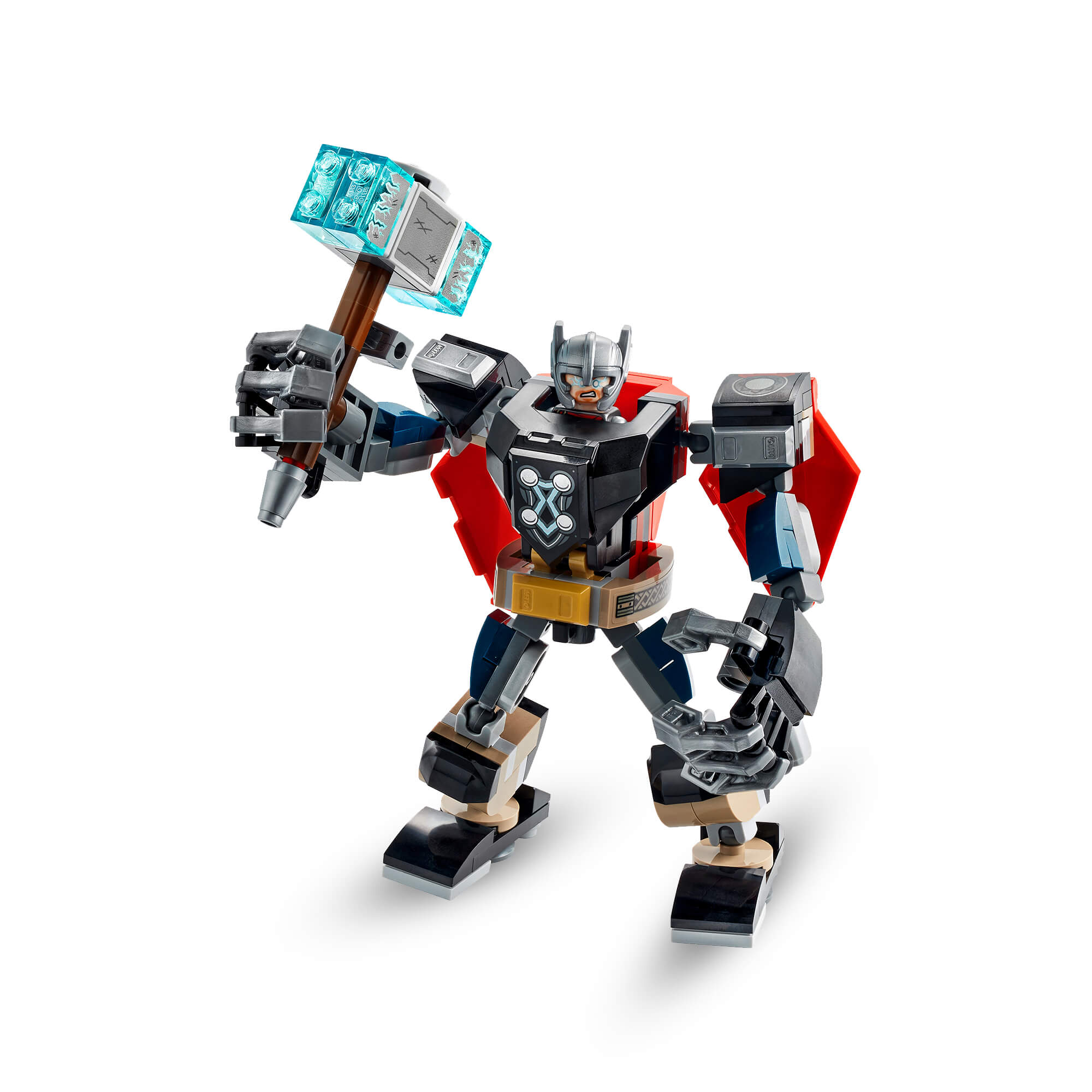 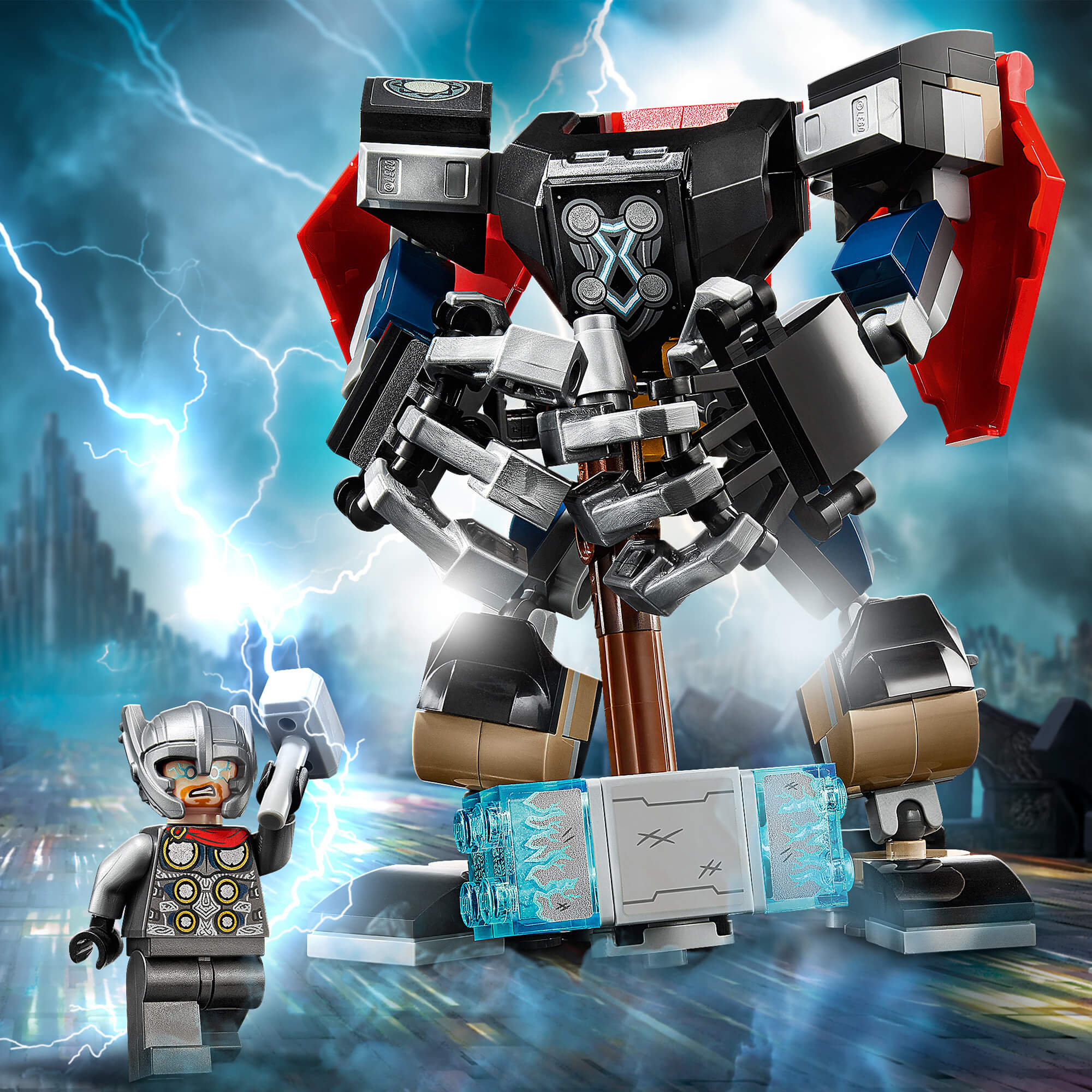 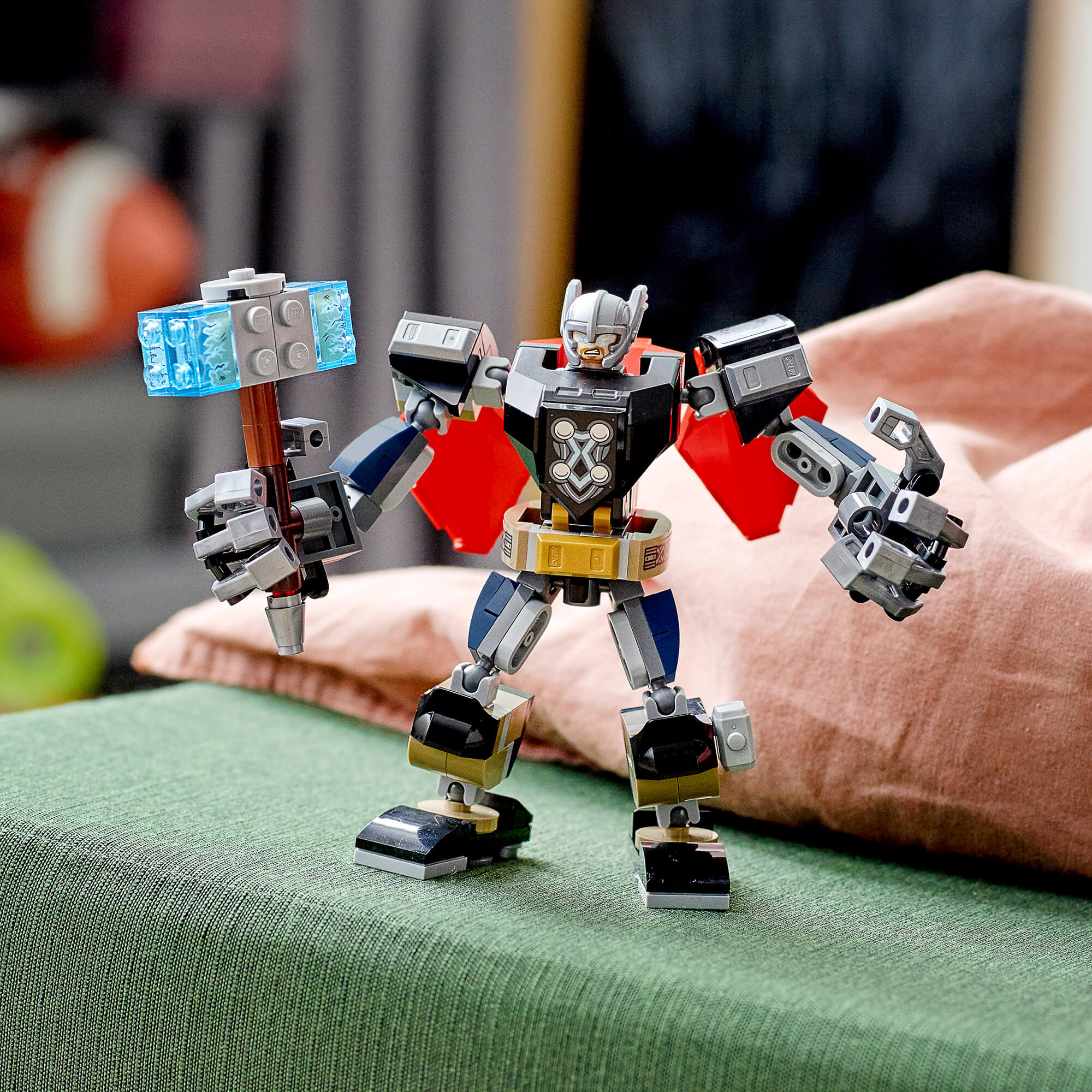 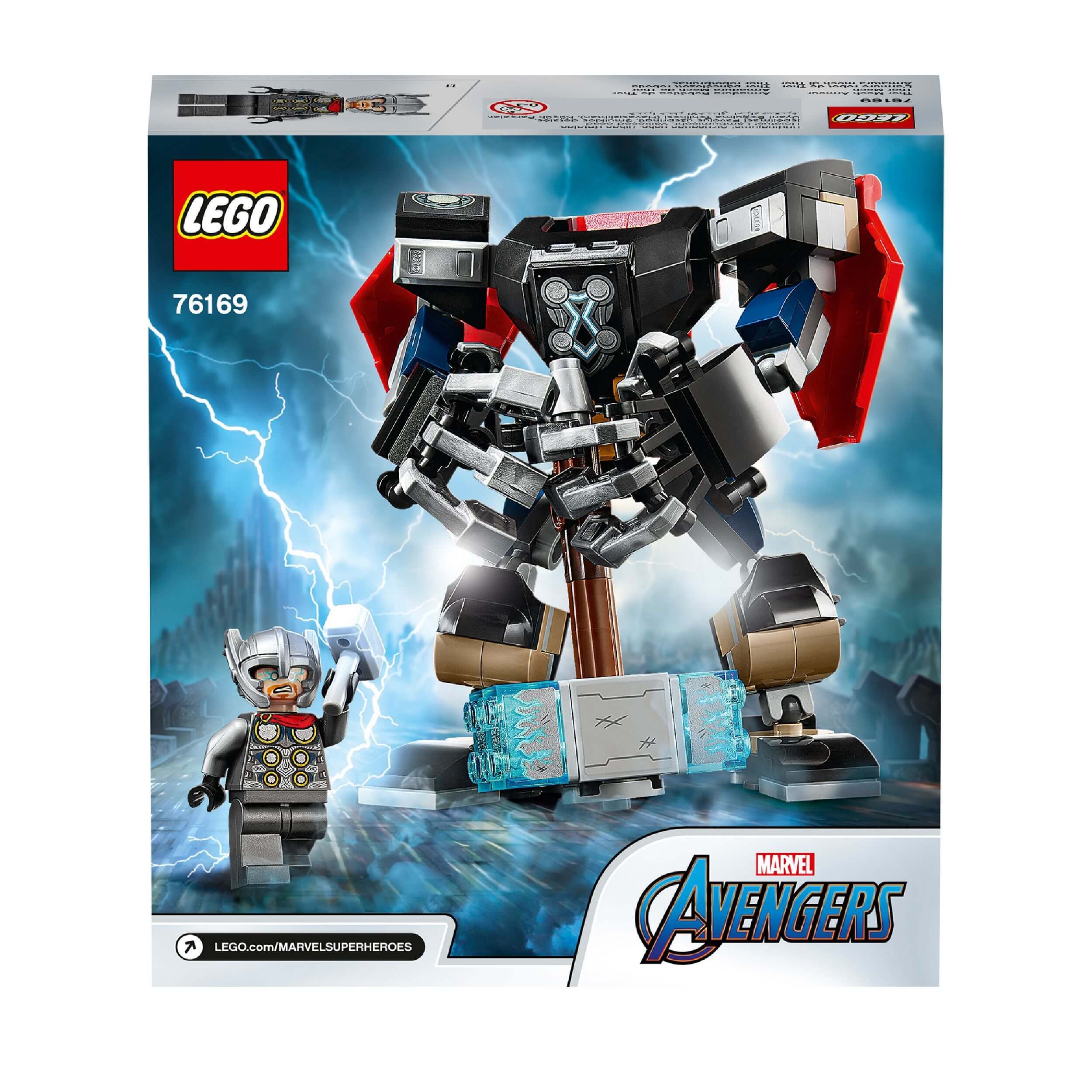 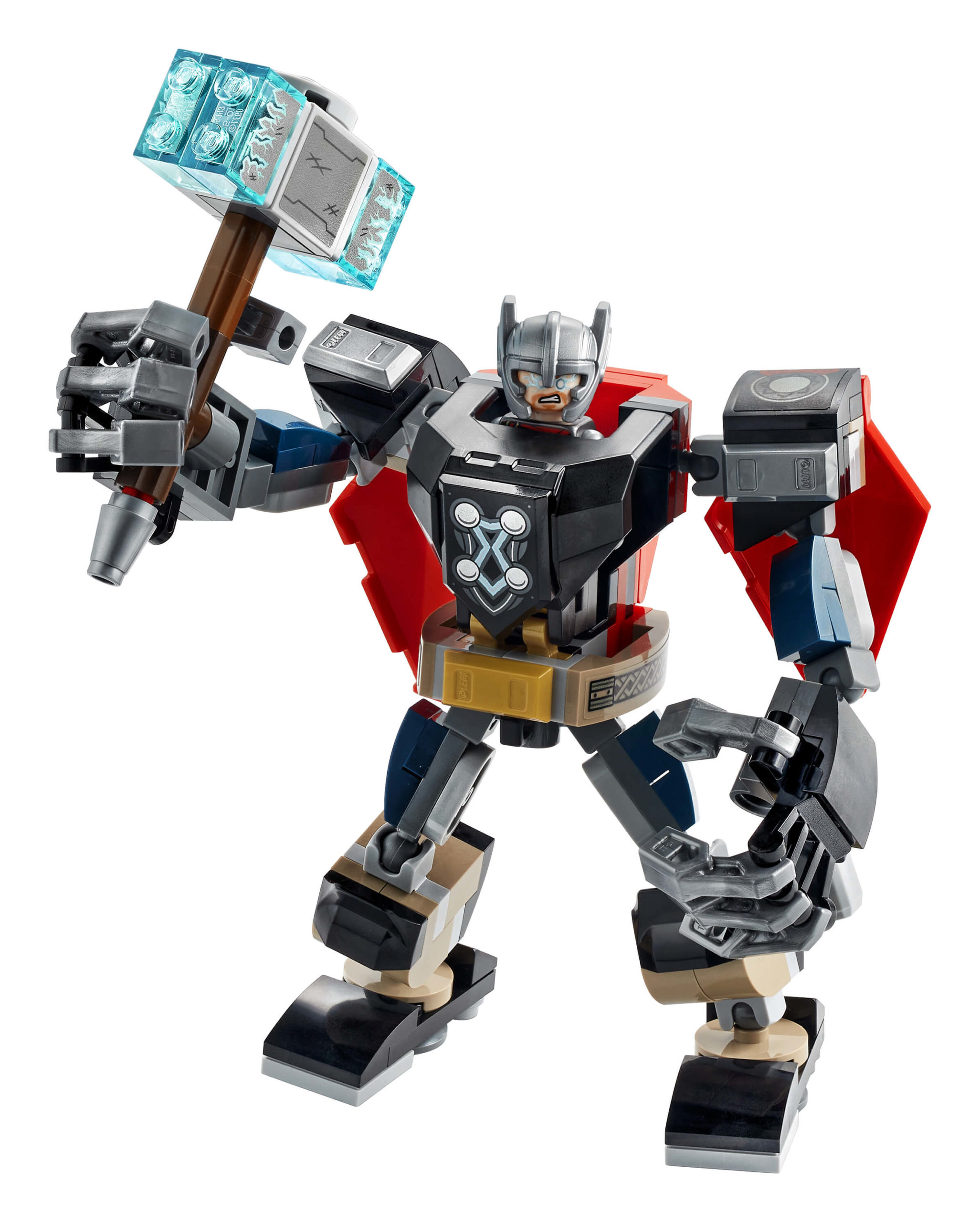 Scale up the superhero action with LEGO Marvel Avengers Classic Thor Mech Armour (76169) toy. This super-sized, buildable, action figure toy features a Thor mech with movable limbs and a giant, detachable hammer. Kids use the Thor minifigure to take on enemies, with help from his mystical hammer, then supersize the mighty warrior by putting him in the cockpit of the giant mech.

A mega gift for Marvel fans! With mech's movable arms and legs and a giant hammer gripped tight in its powerful hands, Marvel Avengers fans can recreate favourite movie scenes and have epic battles with other mechs in their collection.

Standing over 4 in. (12 cm) tall, this durable, buildable mech inspires endless imaginative roleplay and, when the day’s battles are over, looks cool on display in a kid’s room.