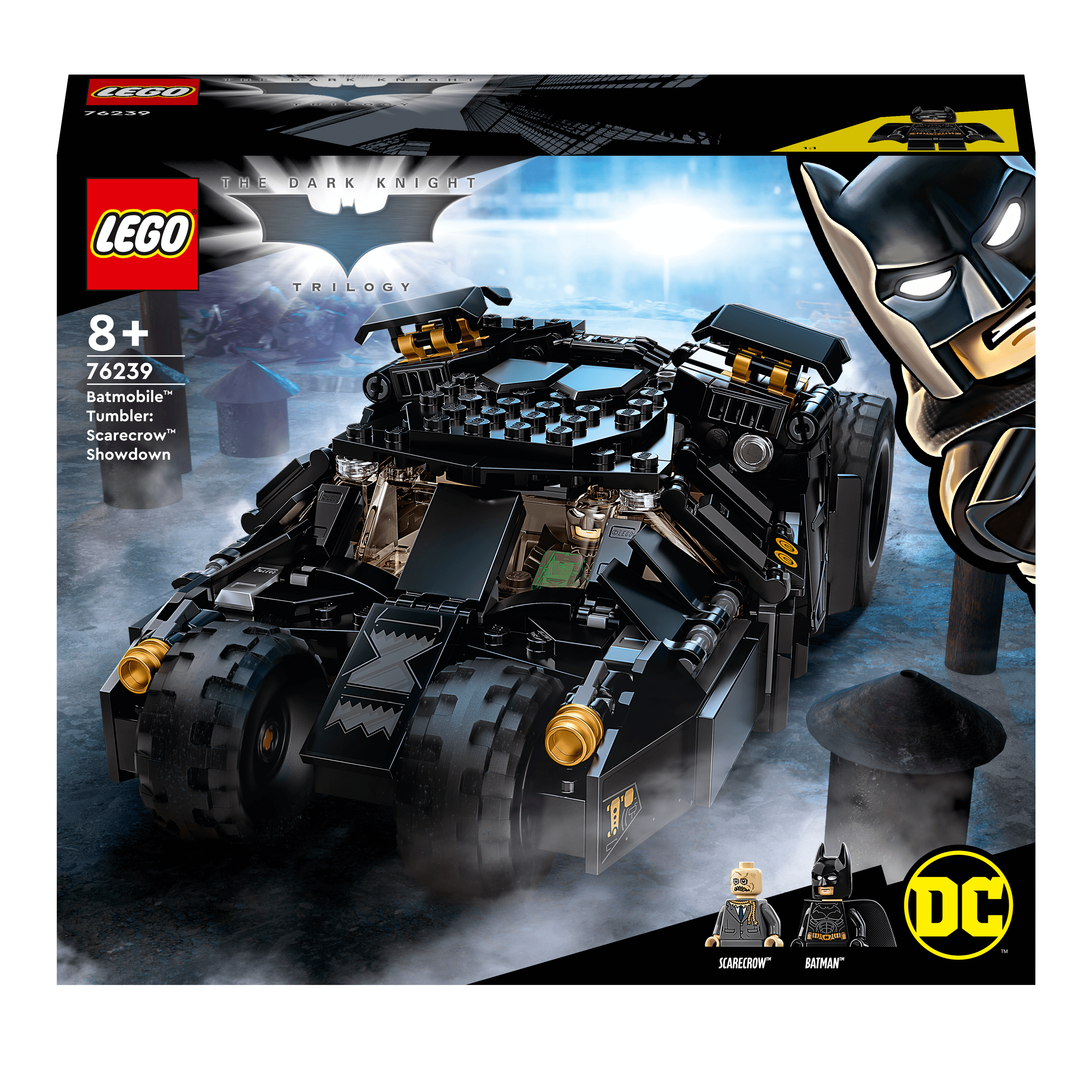 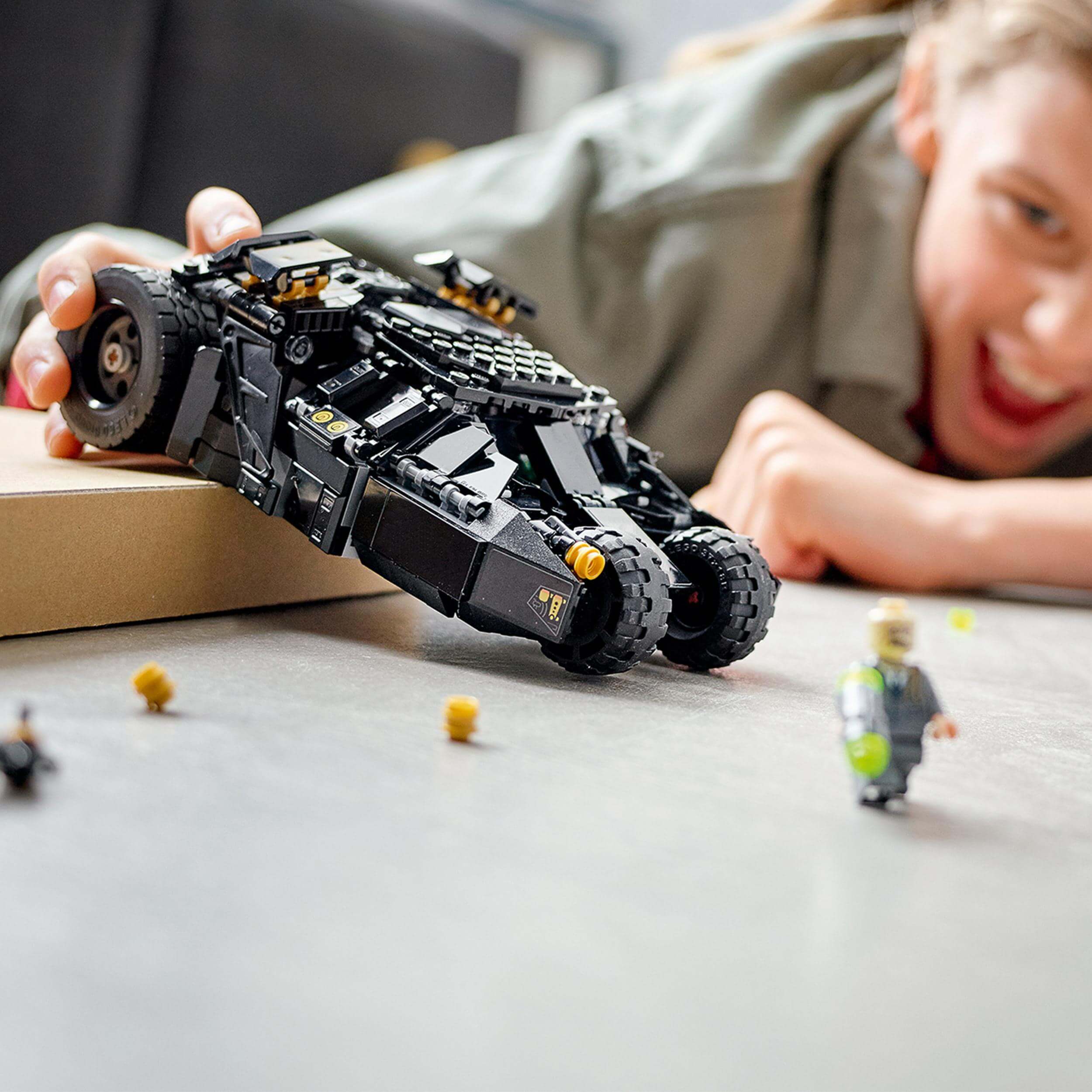 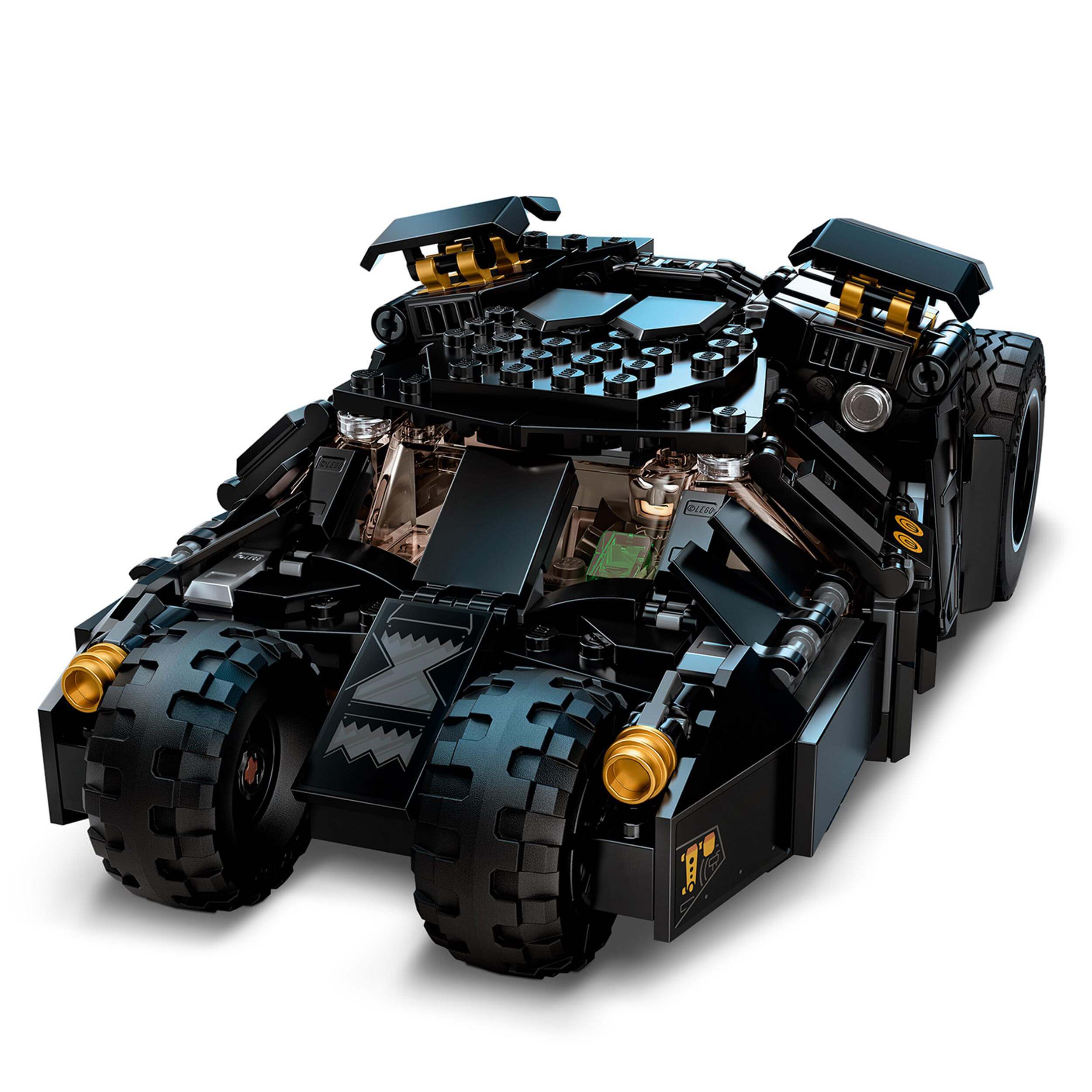 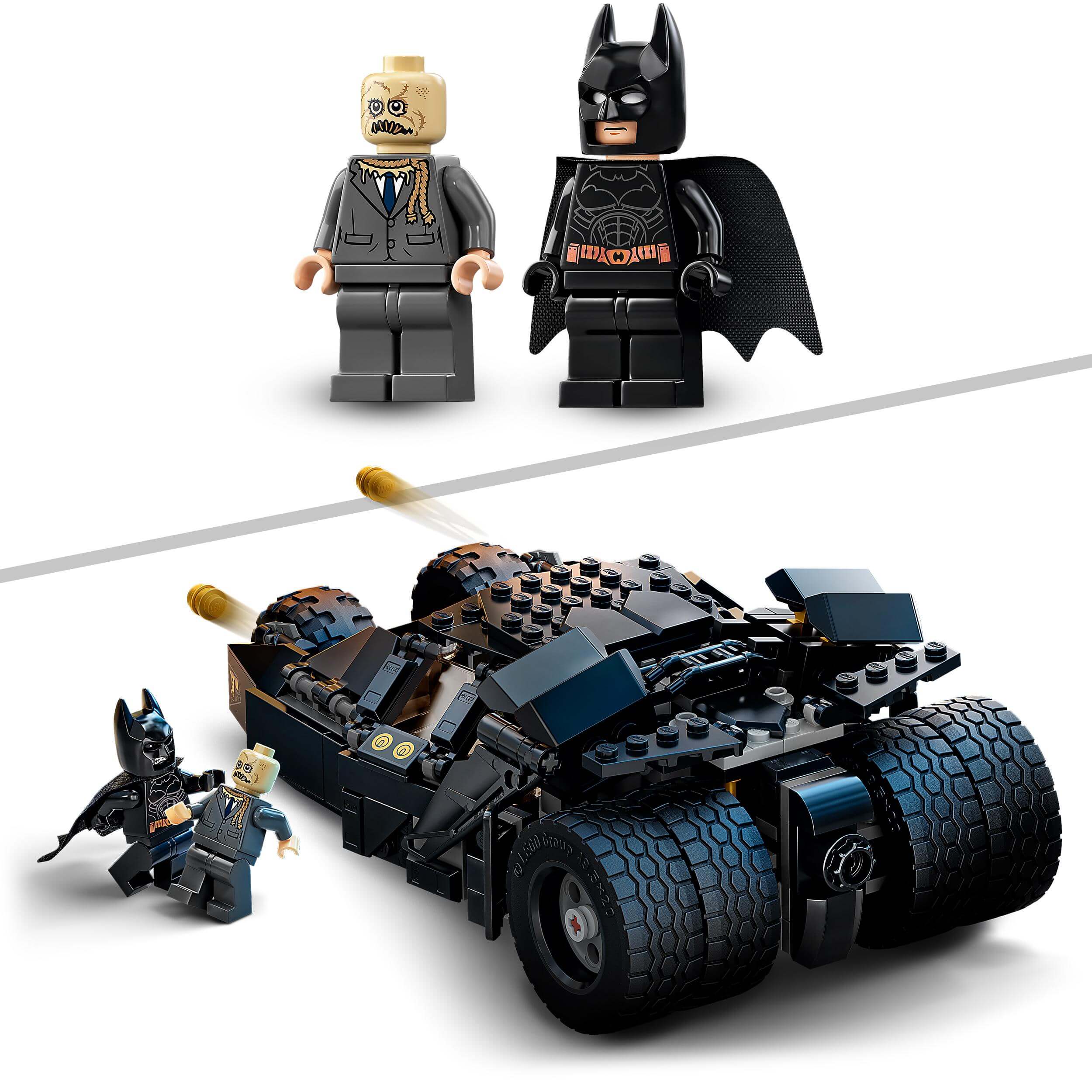 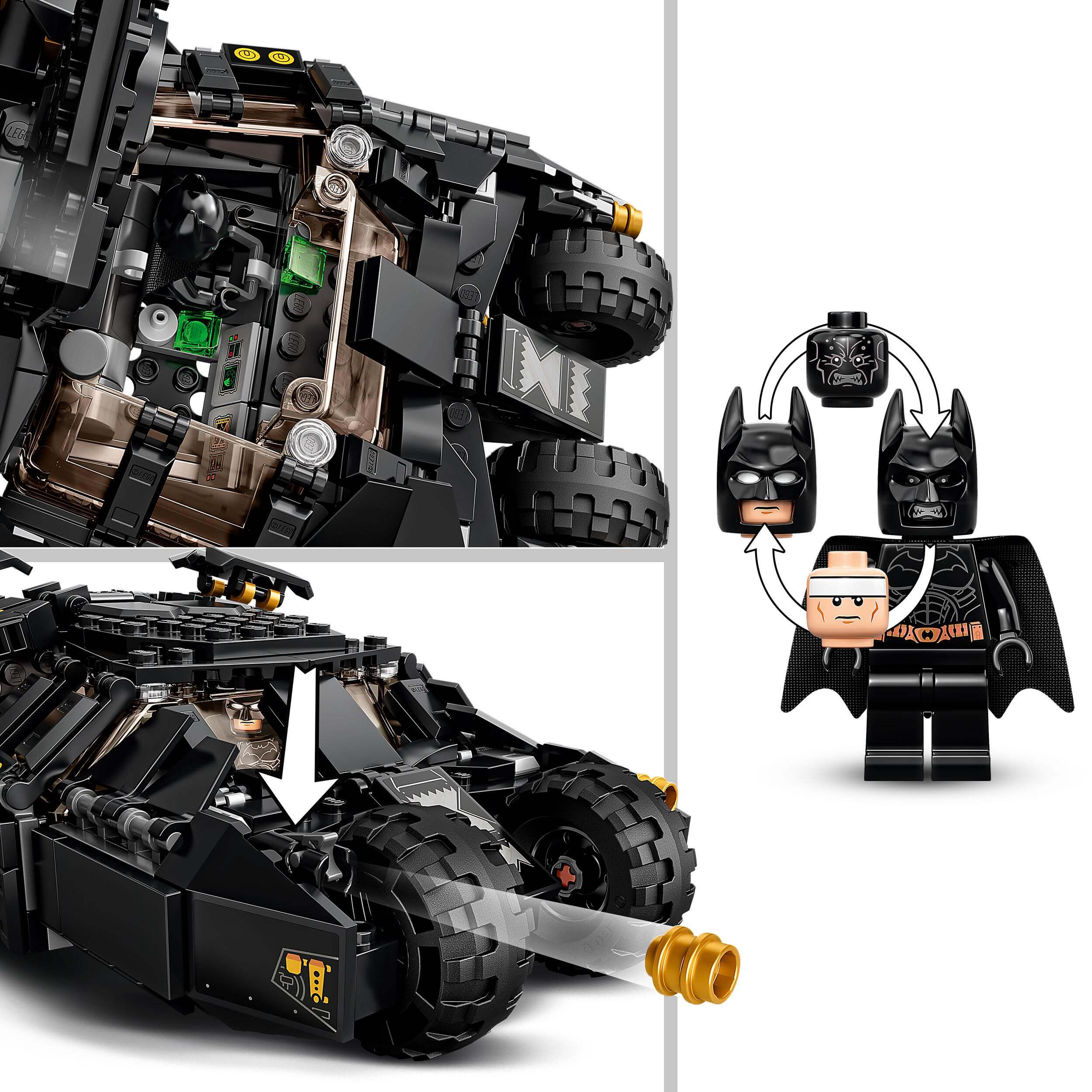 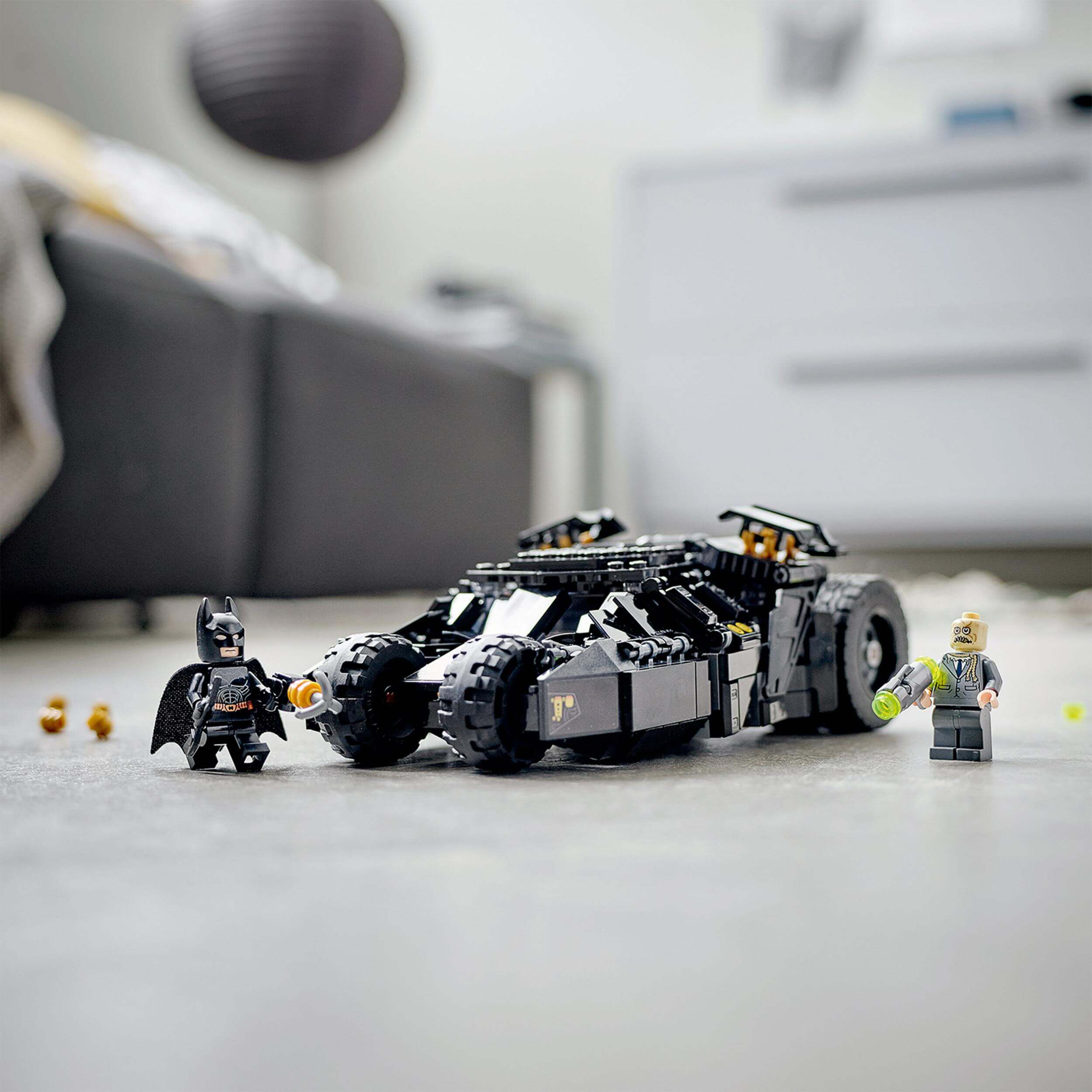 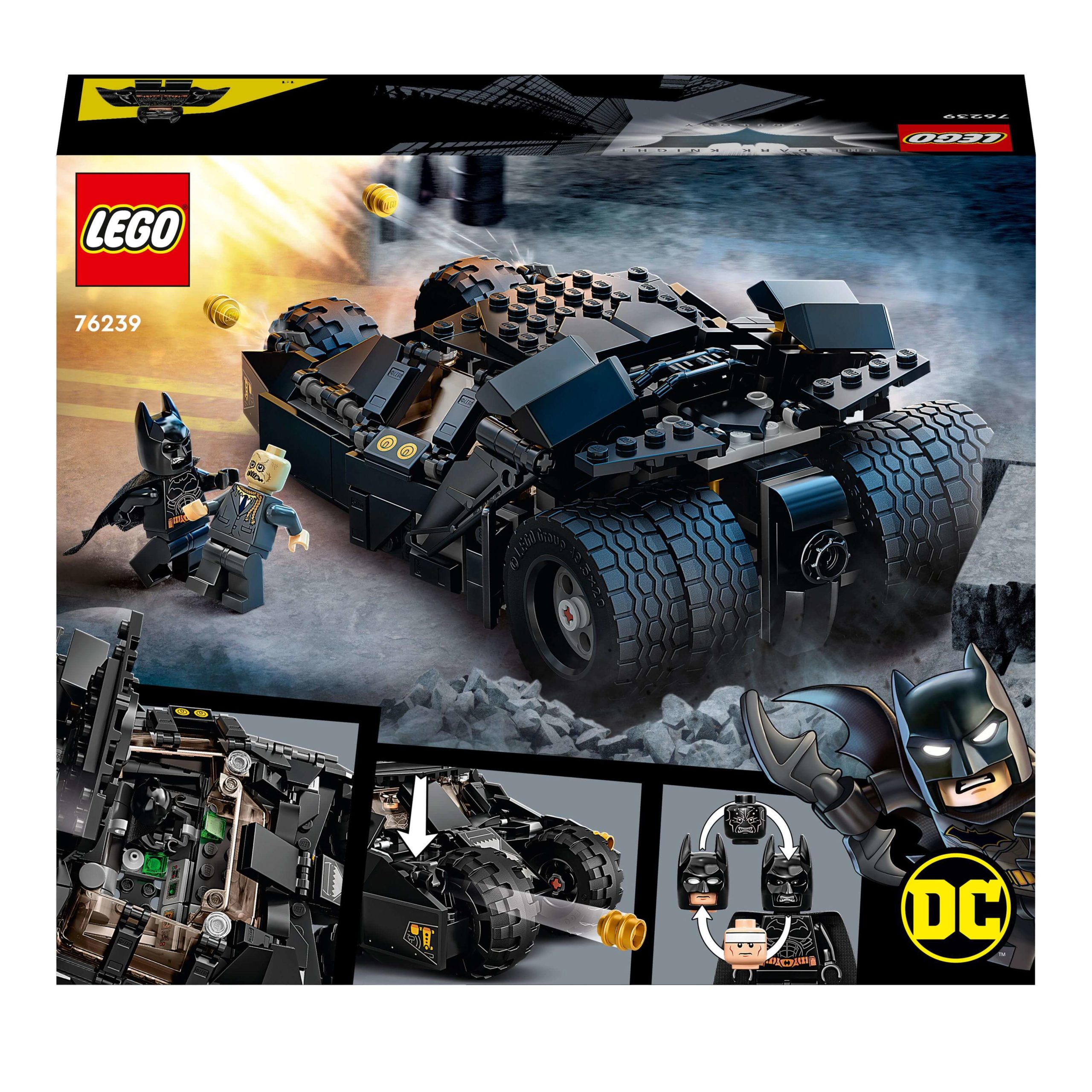 The Batman Tumbler car is one of the most iconic, battle-ready vehicles in cinema history. It has an opening roof, which provides access to the driver and passenger seats and control panel, and 2 stud shooters fitted to the vehicle's front. There's even somewhere to store the Batarang!

2 iconic LEGO minifigures: Batman and the Scarecrow with weapons, encourage kids to explore endless imaginative play possibilities, and an alternative' nightmare' head for Batman inspires even more creativity. This Batman building toy for kids is a beautiful birthday or Christmas gift for Caped Crusader's fans.