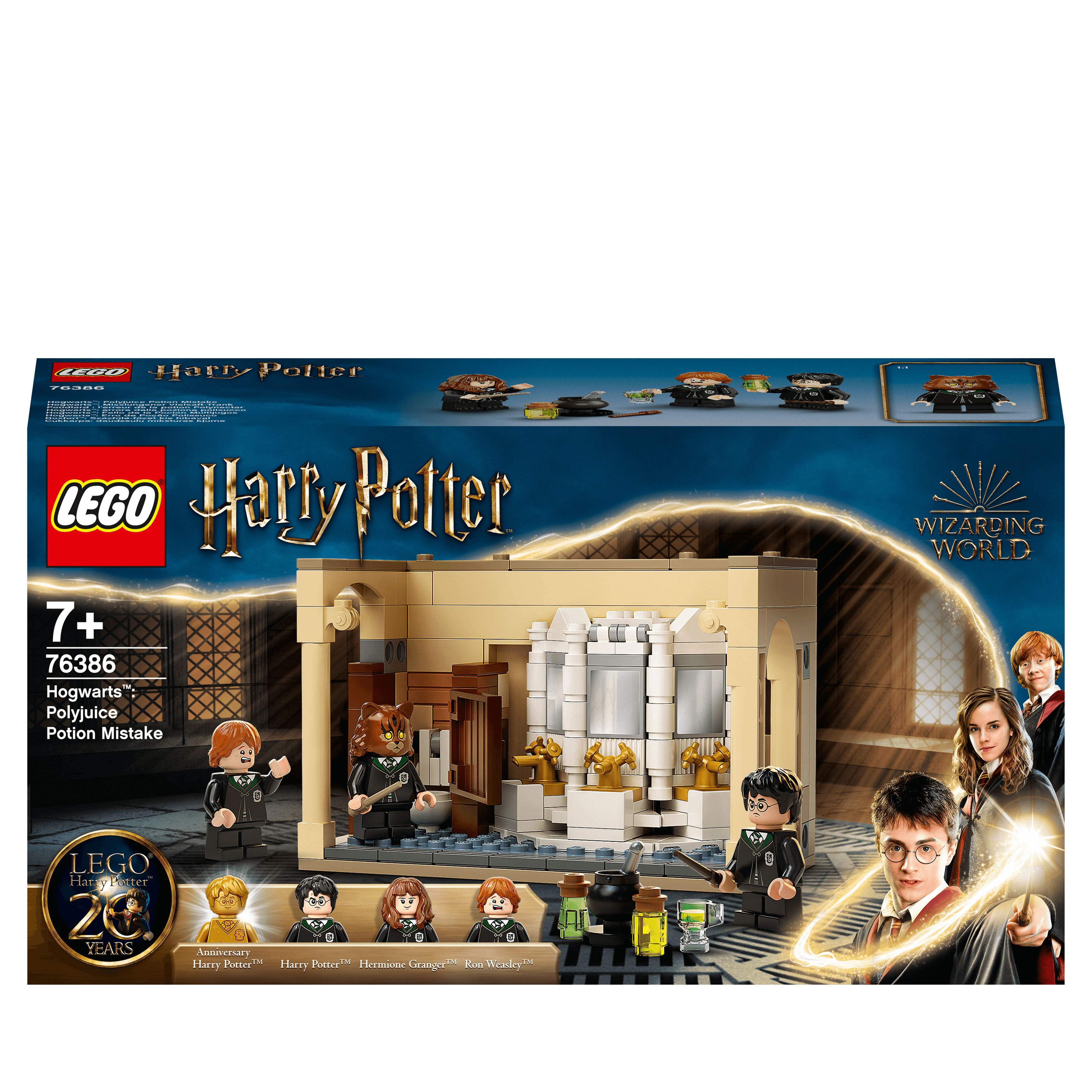 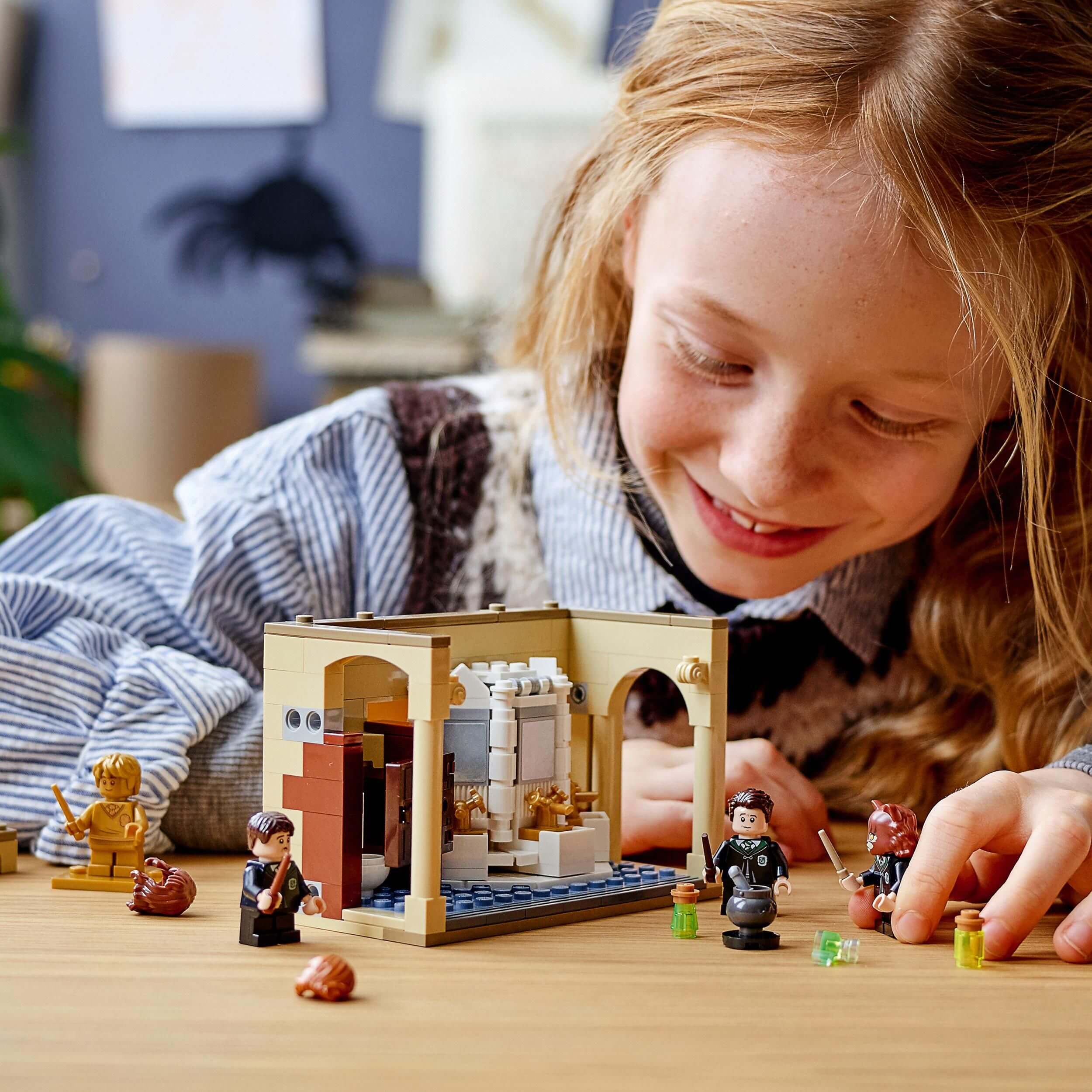 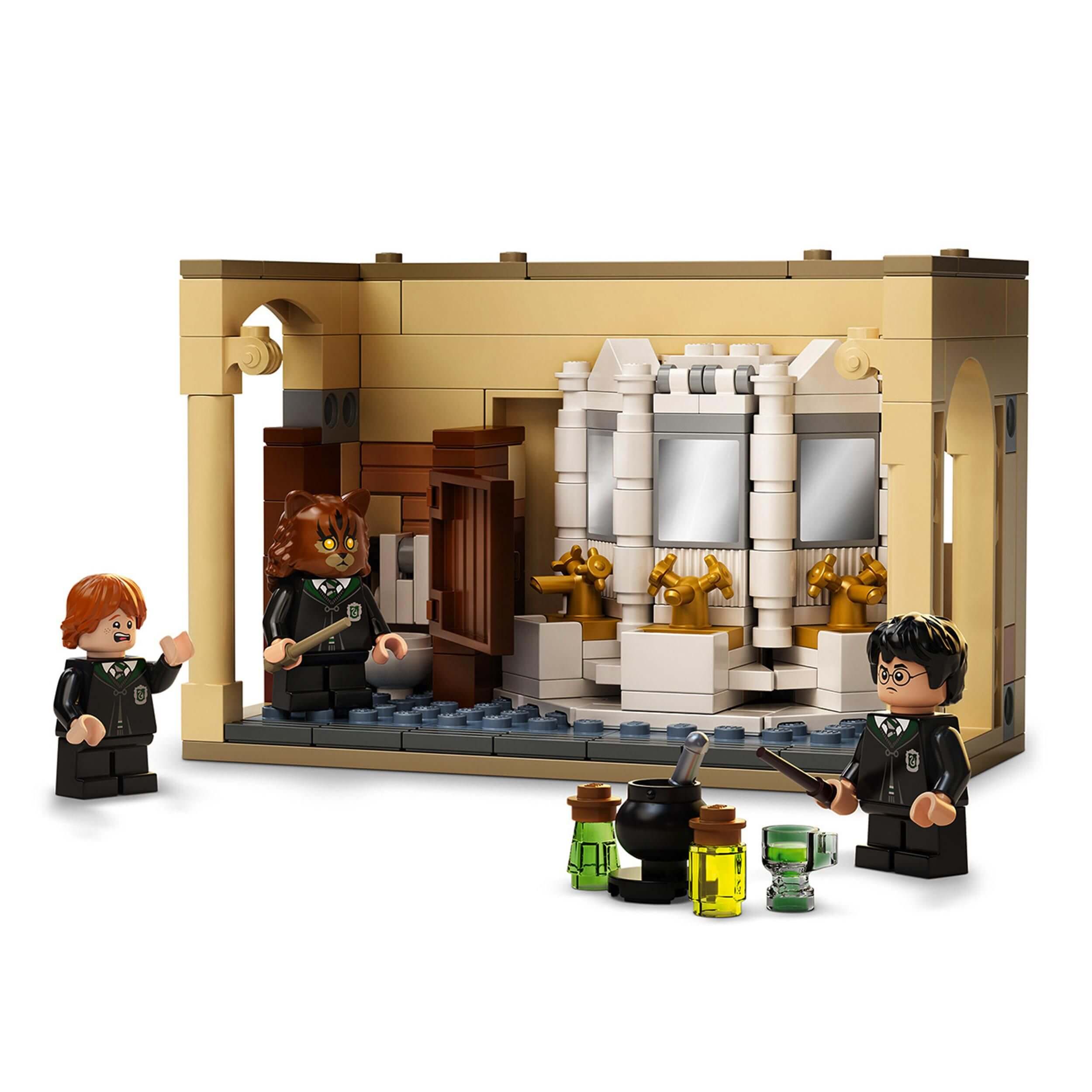 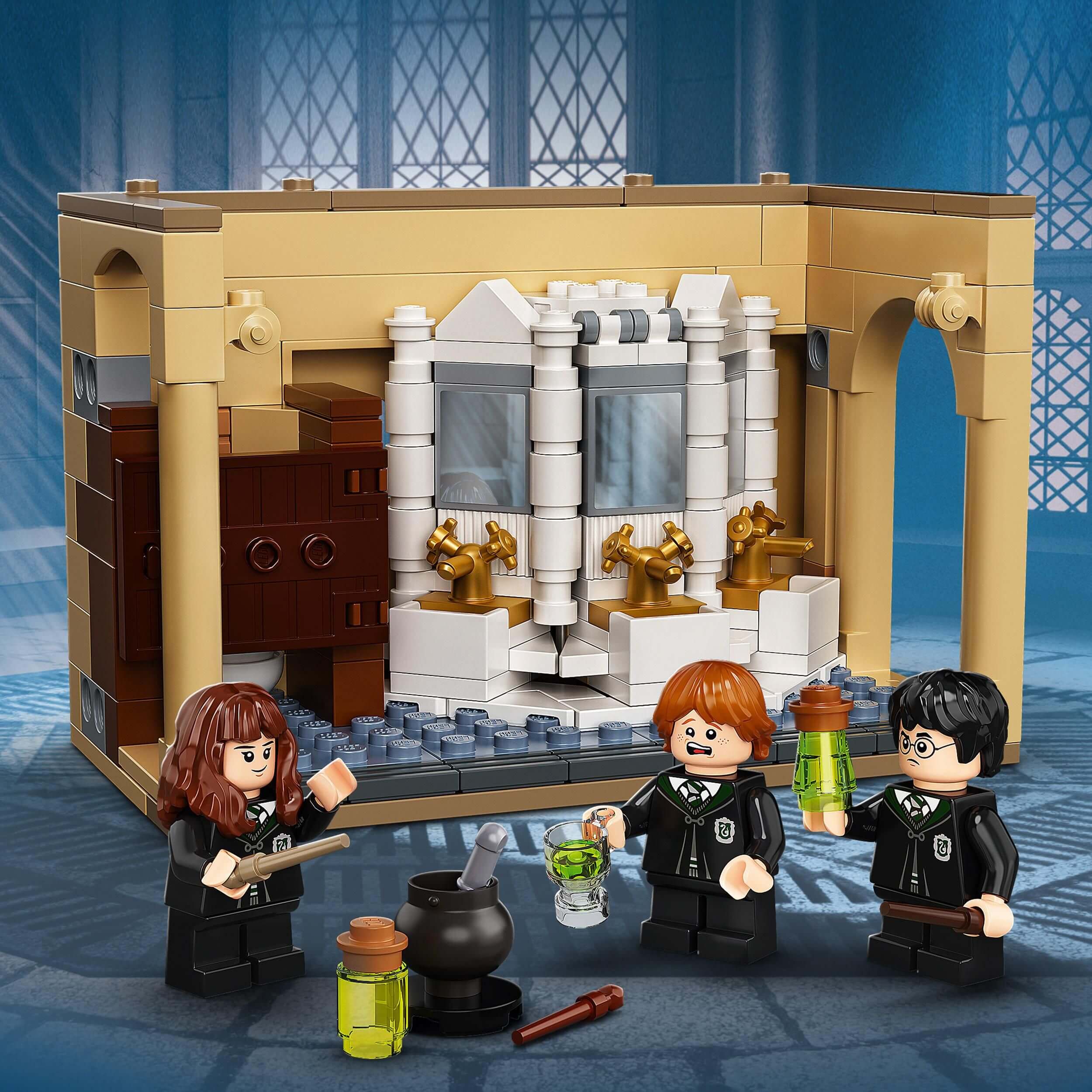 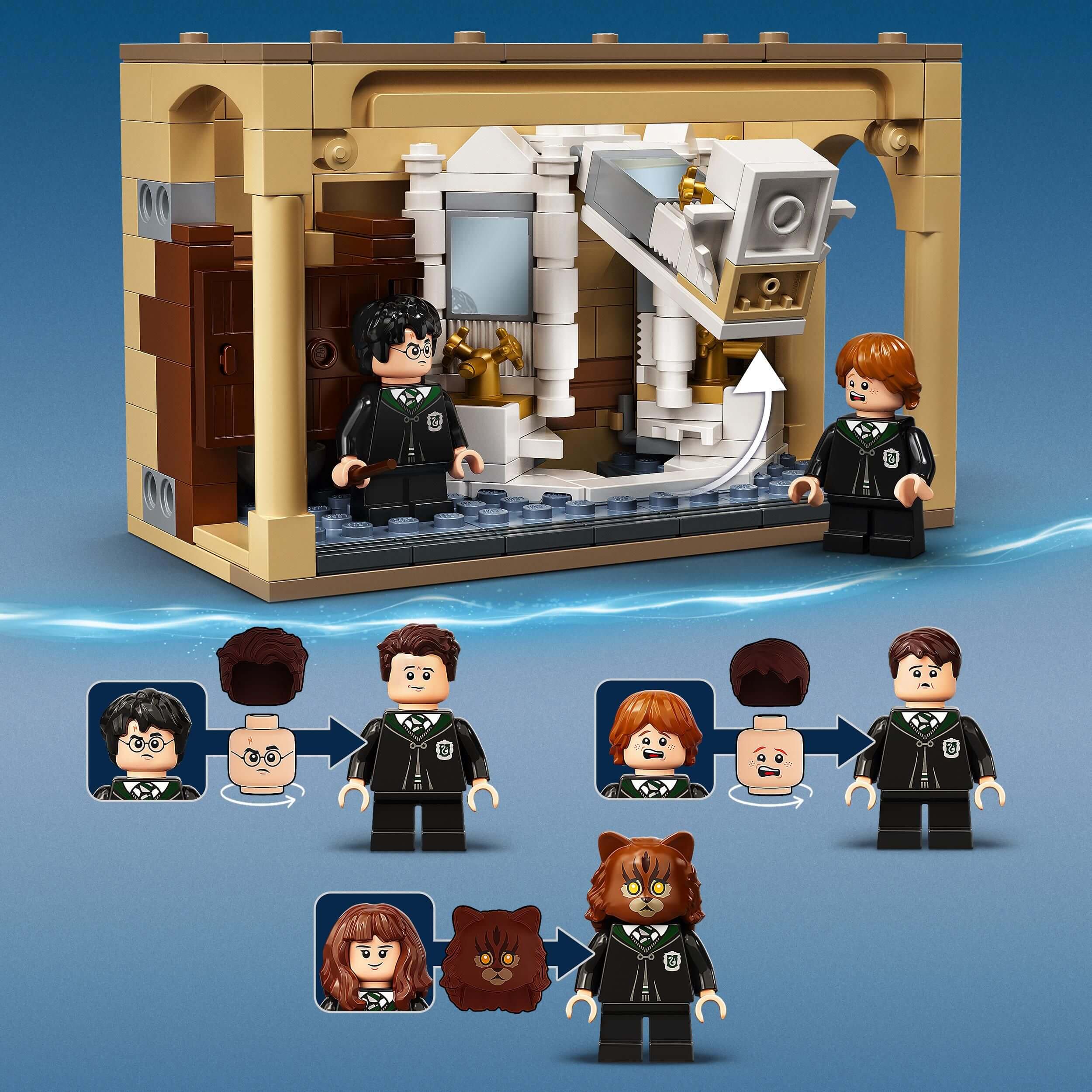 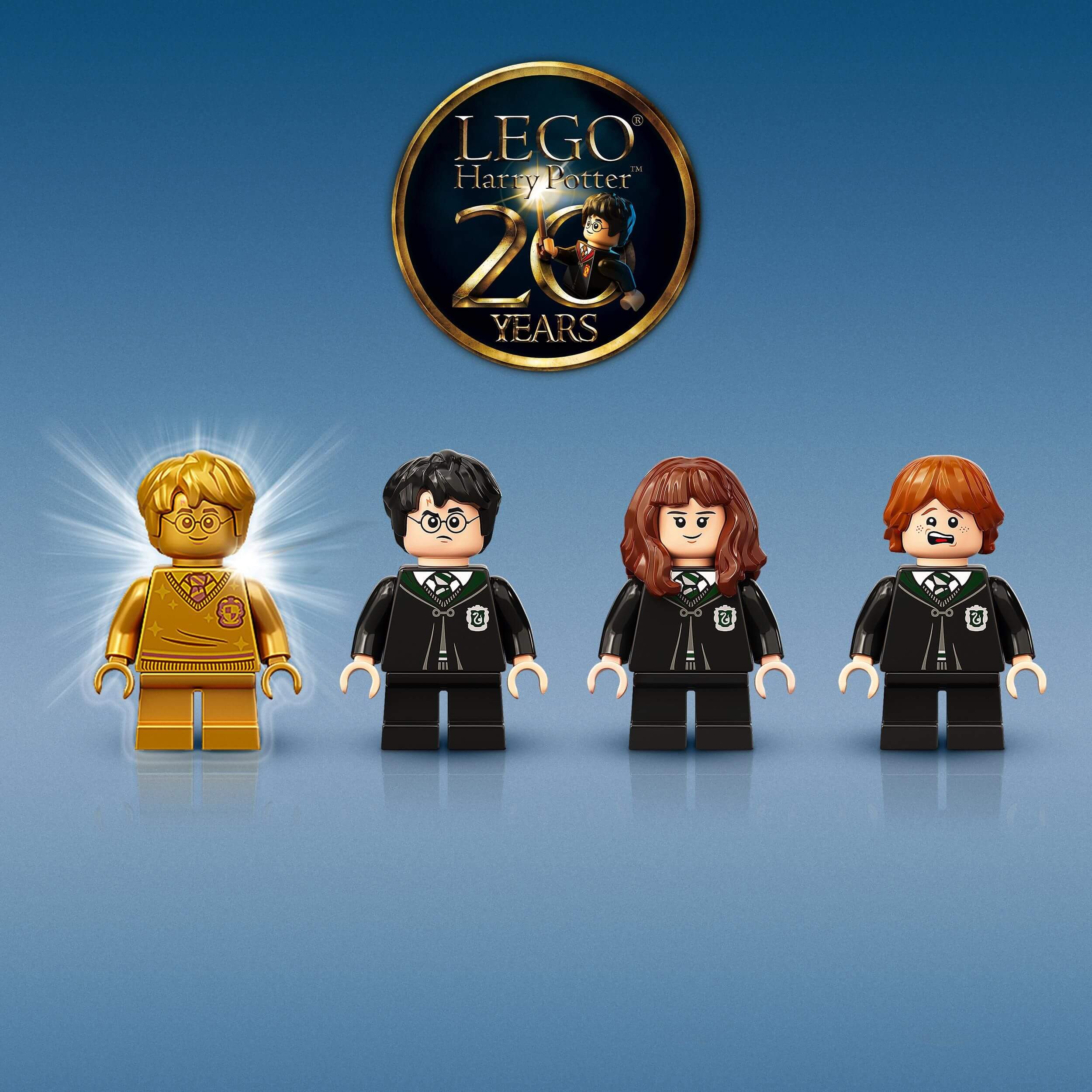 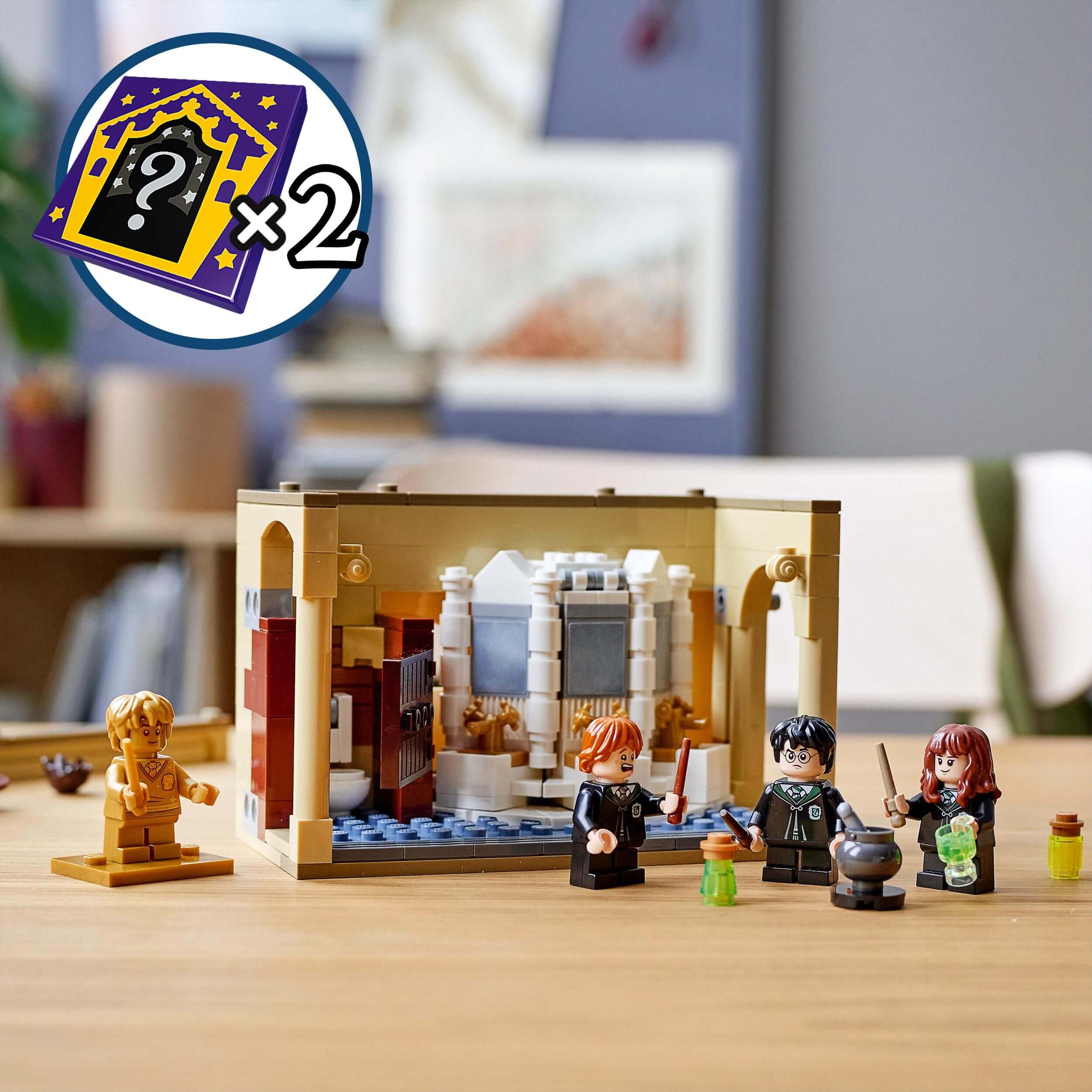 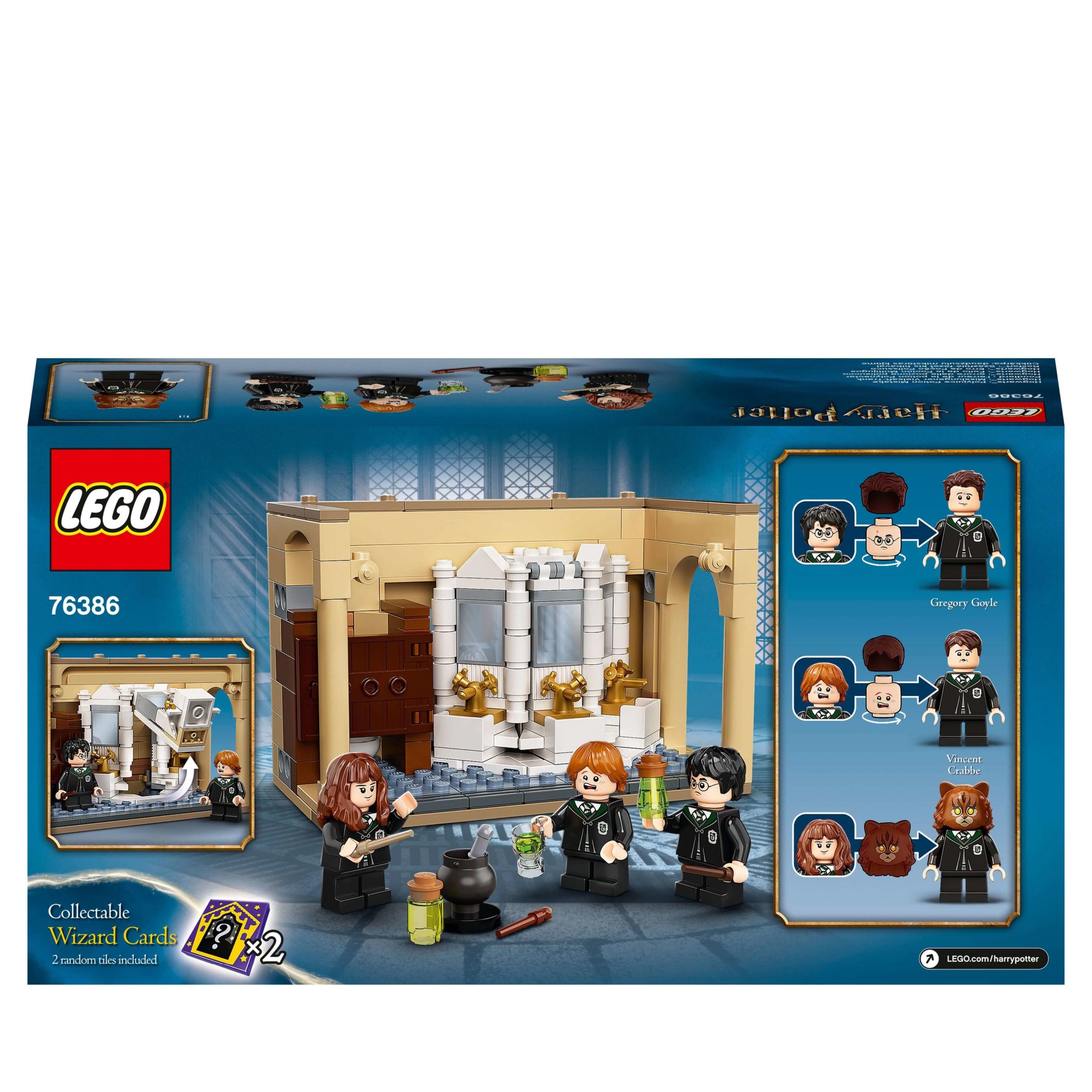 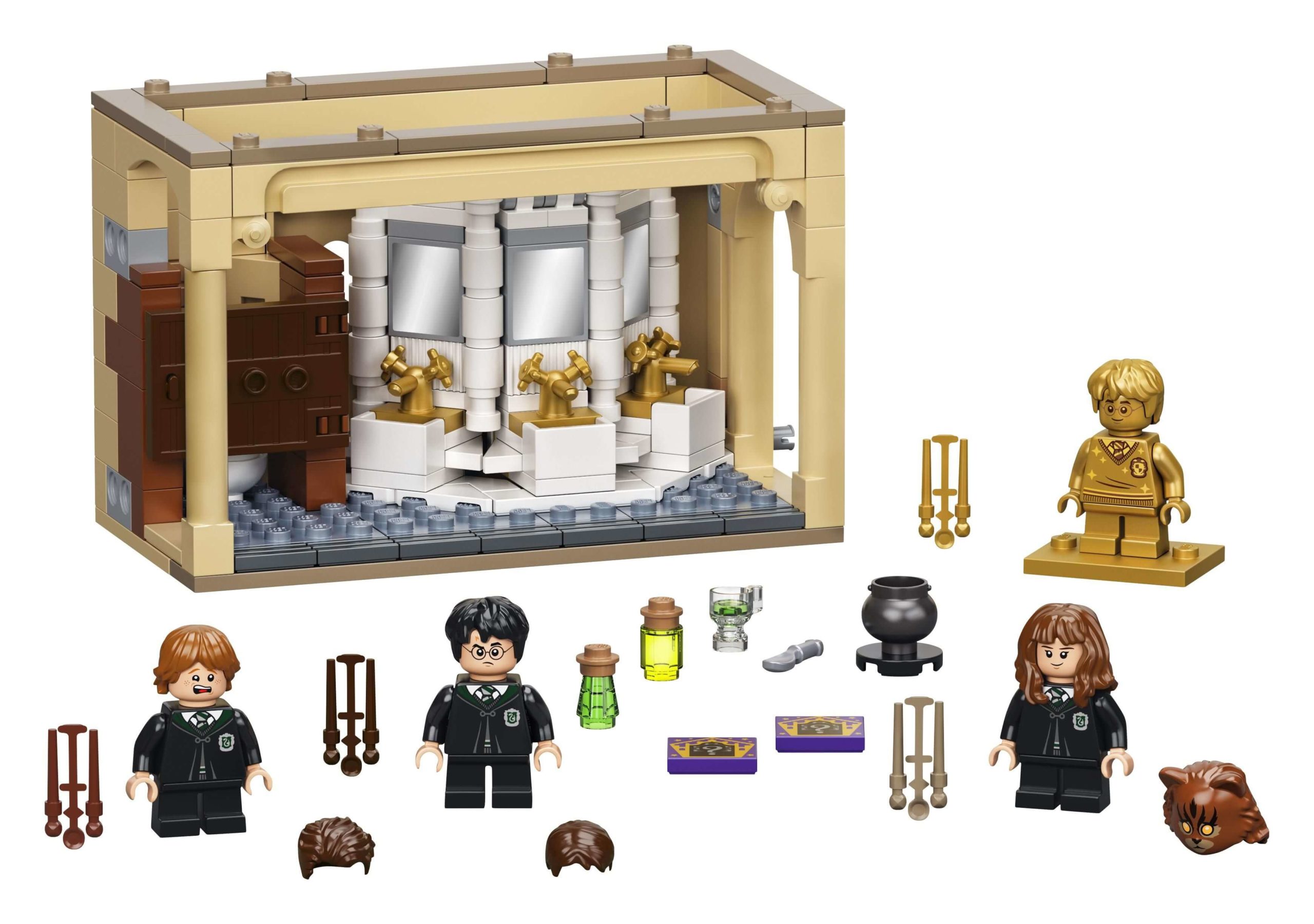 Young witches and wizards join Harry Potter, Ron Weasley and Hermione Granger as they brew powerful Polyjuice potion. Drinking it transforms the characters into Vincent Crabbe and Gregory Goyle, which kids achieve by turning the minifigures’ heads to reveal an alternative face and adding a different hairpiece. The magic can go awry, however, such as when Hermione transforms into a cat! There are other surprises too: an exclusive, 20th anniversary golden Harry Potter minifigure; 2 random wizard card tiles to collect; and a secret tunnel beneath the sink.

When this toy set for boys and girls is combined with LEGO Harry Potter Hogwarts Chamber of Secrets (76389), the secret tunnel connects the 2 rooms, expanding the play possibilities even further. This magical, modular system lets kids continue adding rooms to create an entire Hogwarts Castle model.