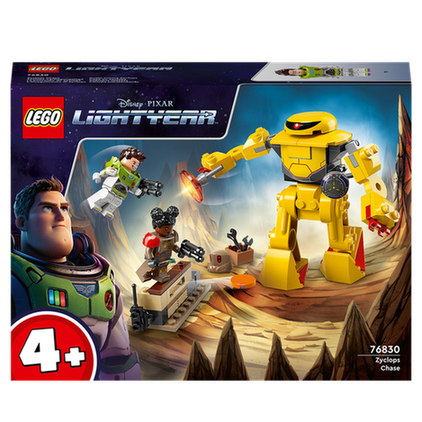 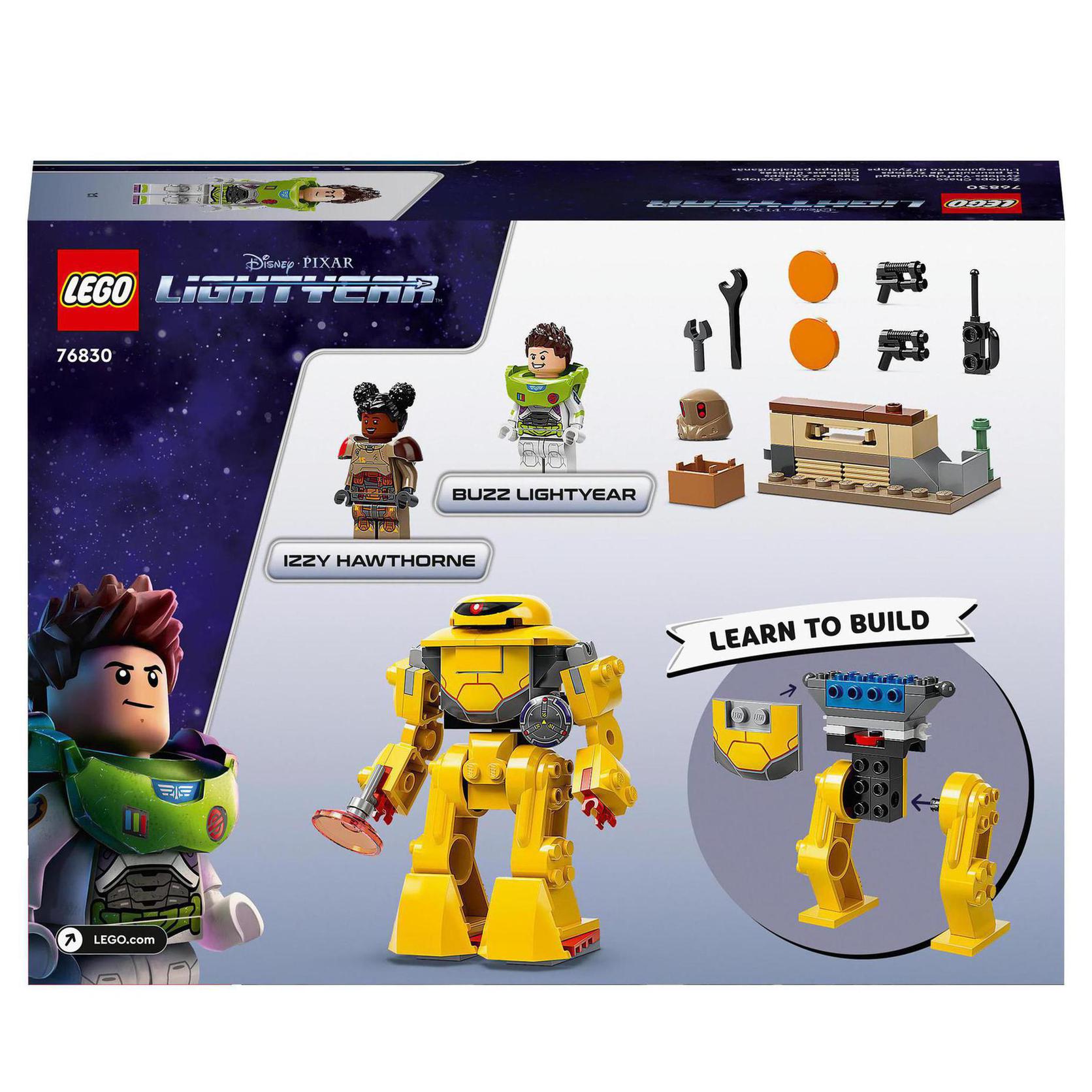 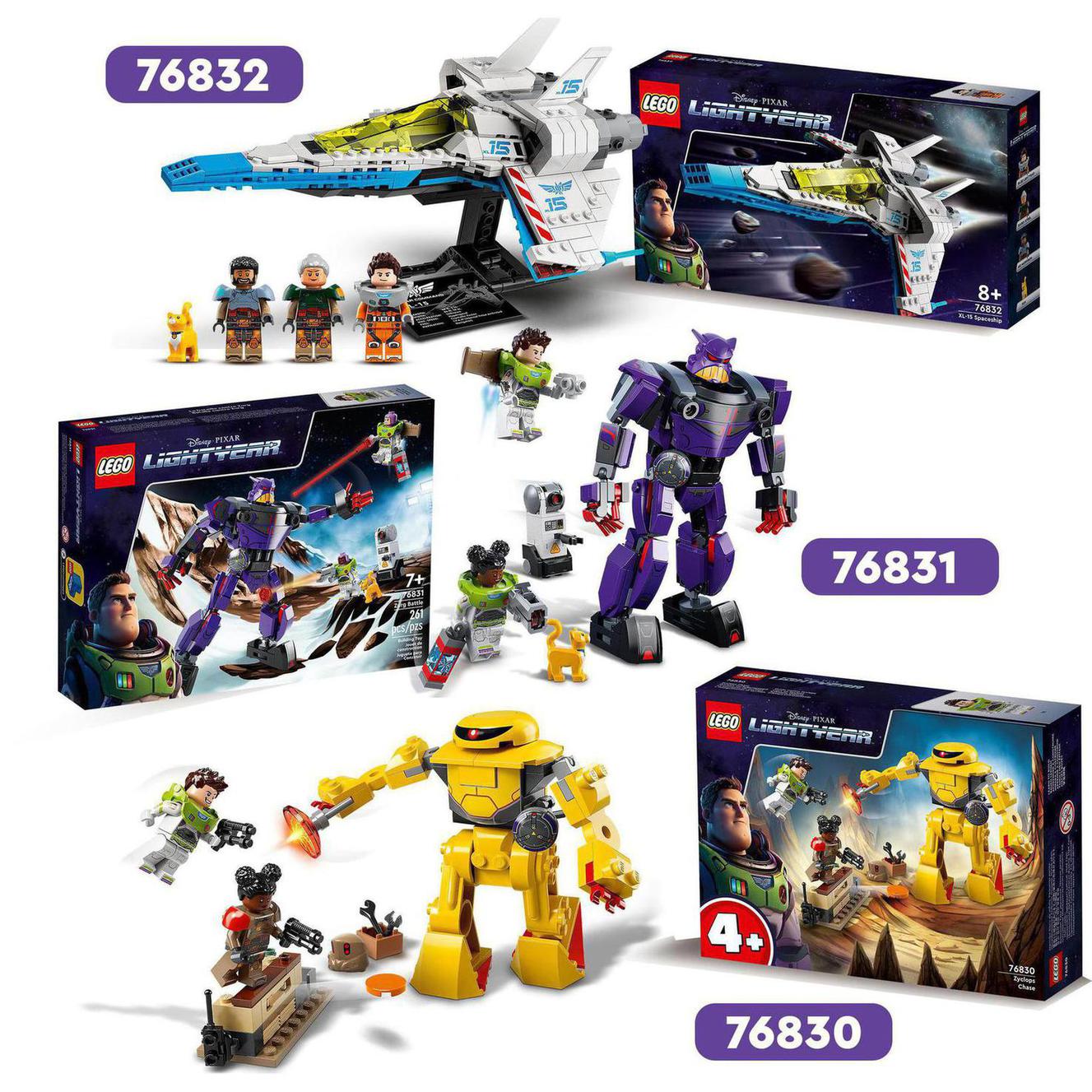 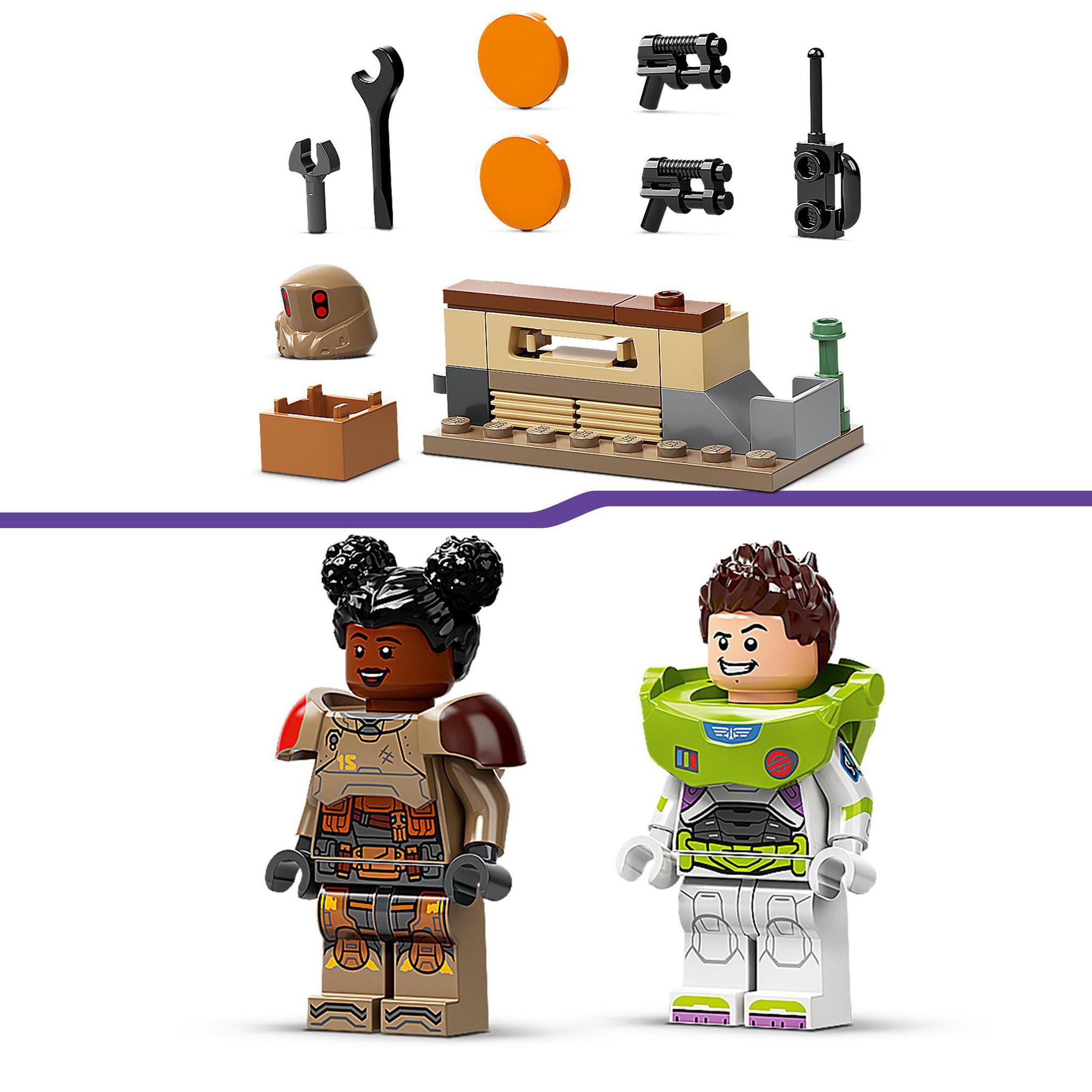 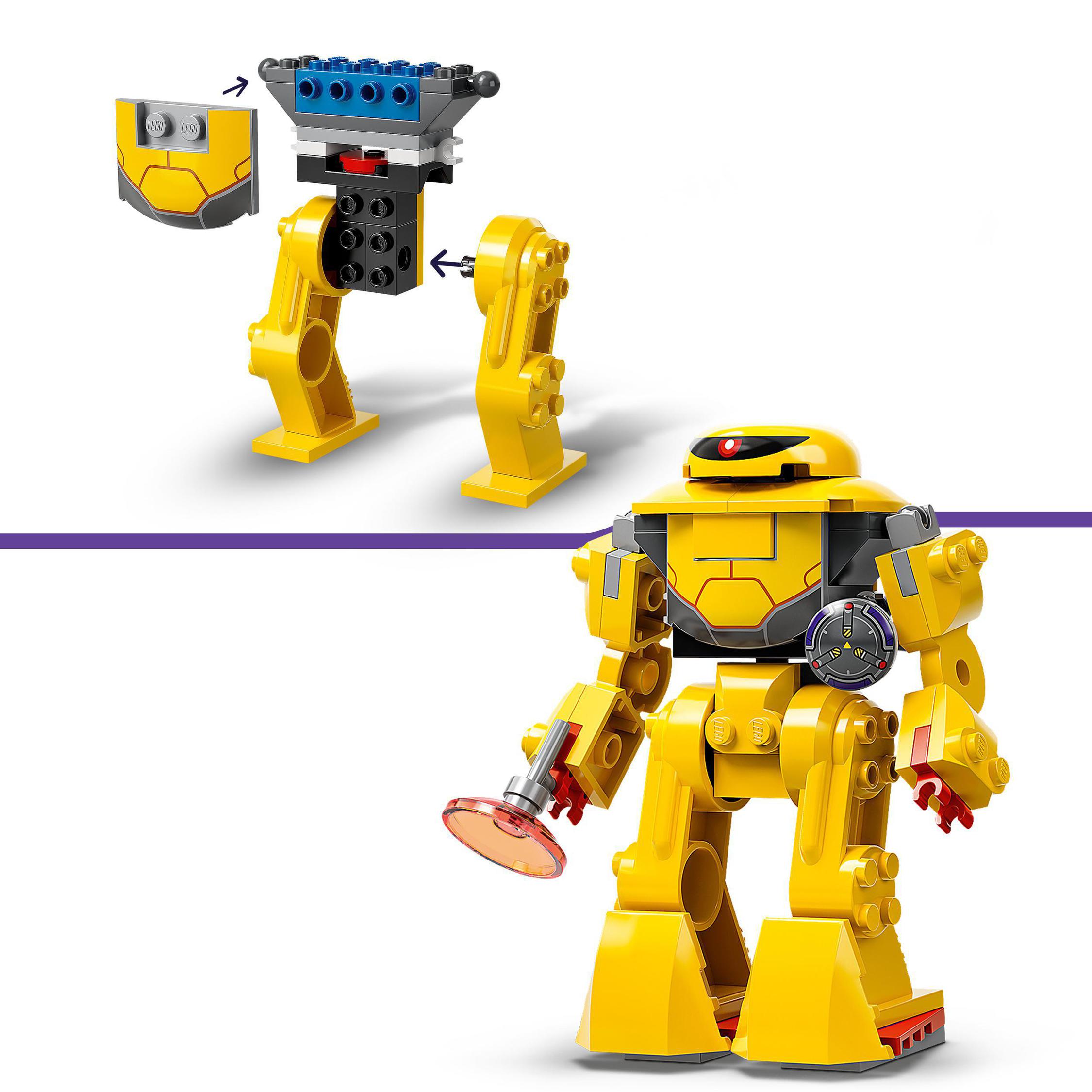 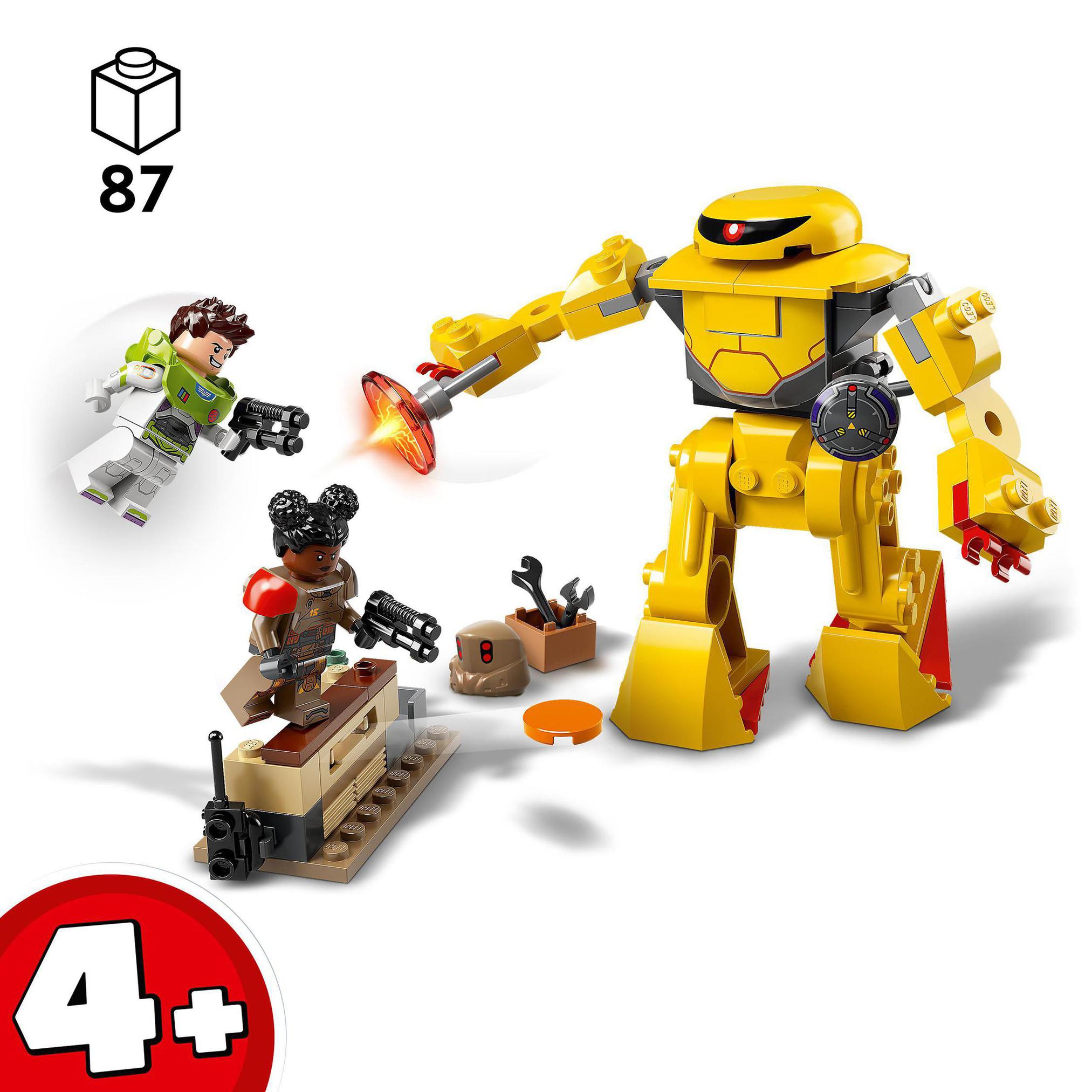 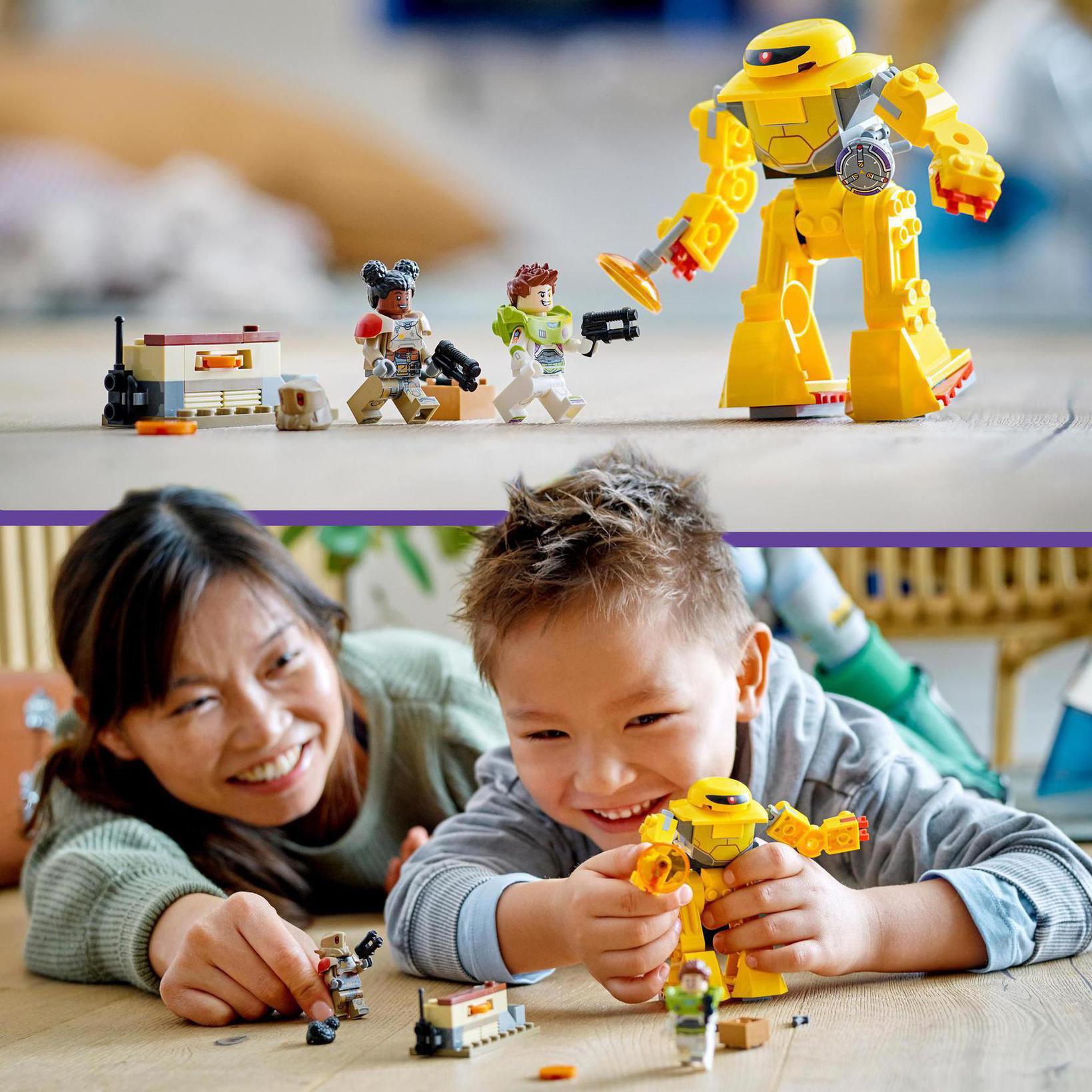 Know a Space-Ranger-in-training who loves Buzz Lightyear? Make their day with this Zyclops Chase (76830) space toy for kids 4+ years old. Fans can recreate scenes from the Disney and Pixar film Lightyear – the definitive origin story of Buzz Lightyear toy – as they learn to build with LEGO zone bricks. LEGO Buzz Lightyear minifigure wears a spacesuit and helmet, and the yellow mech action figure's cool features include posable arms and legs and a disc shooter for dynamic battle fun.

LEGO 4+ sets come with clever features for a fun play experience. The Starter Brick provides a sturdy base for building, and there’s a figure or minifigure in each bag of bricks so the role play can start before the set is completely built.