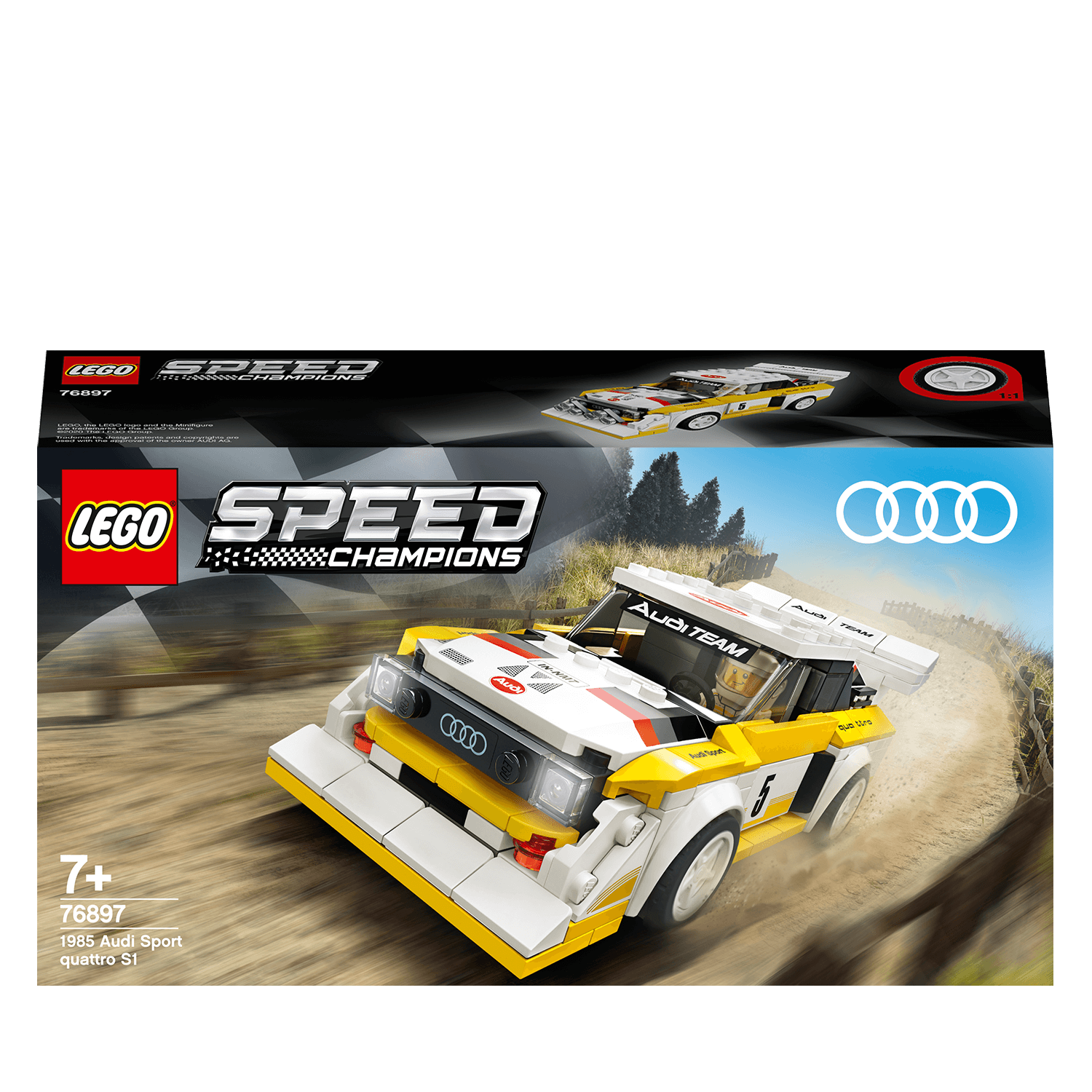 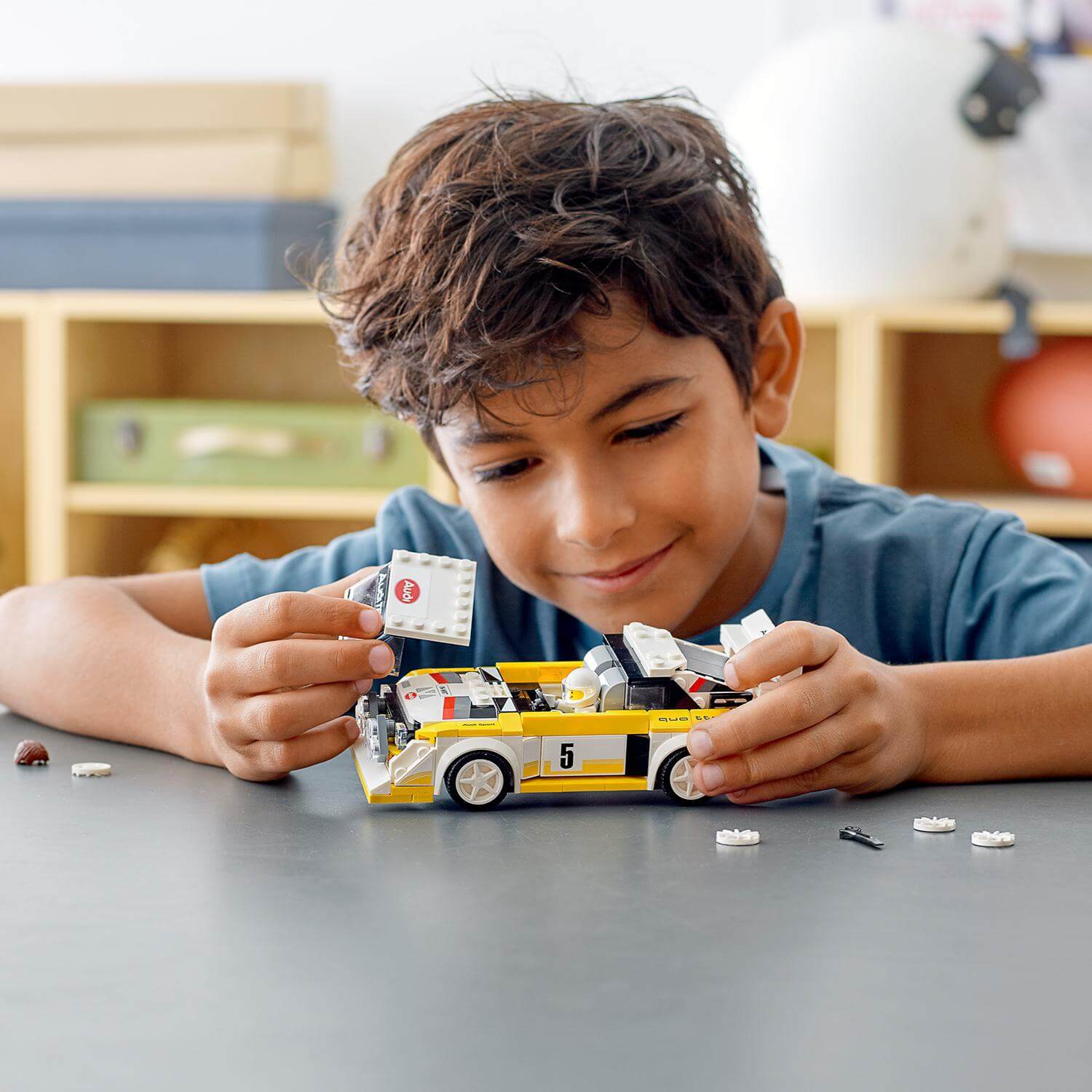 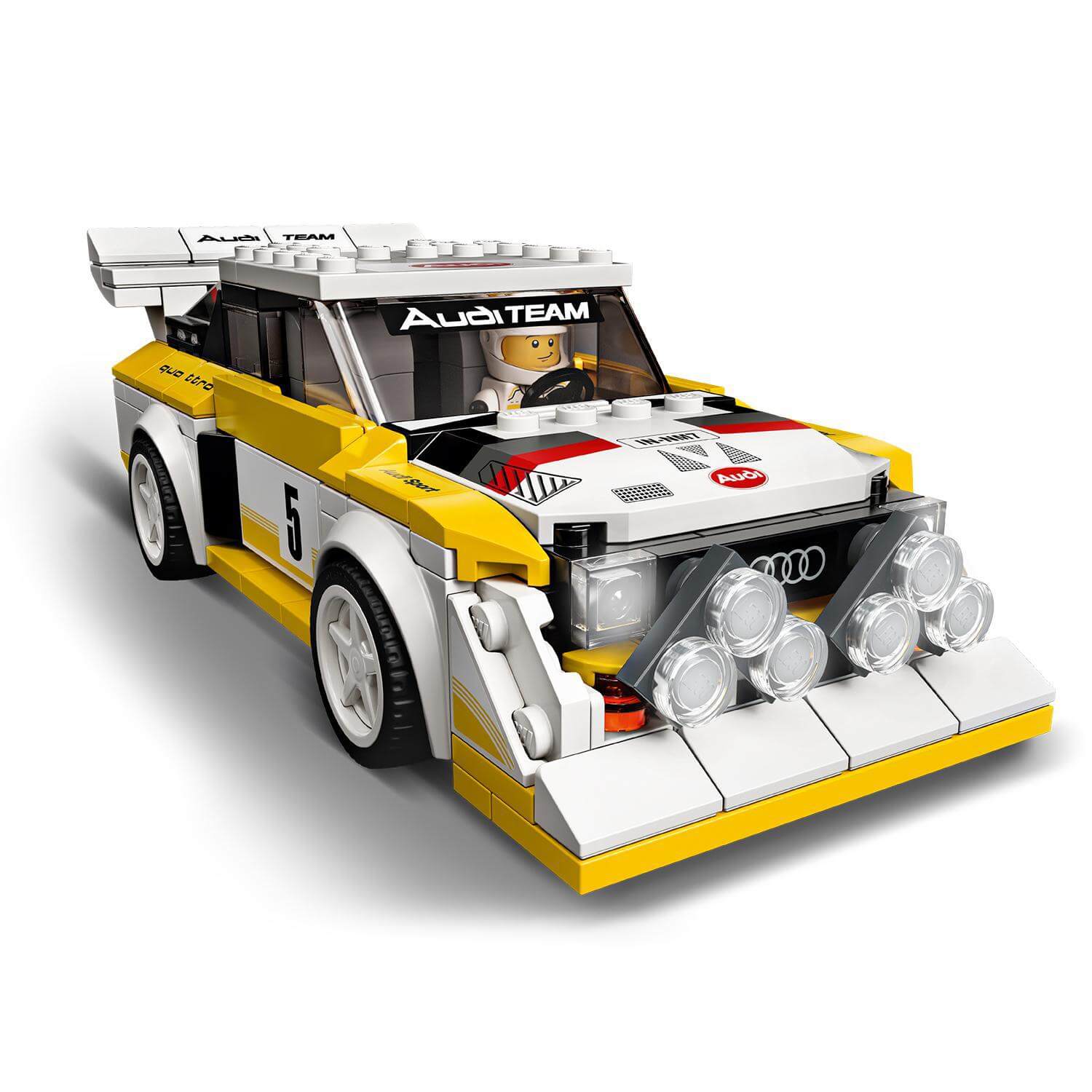 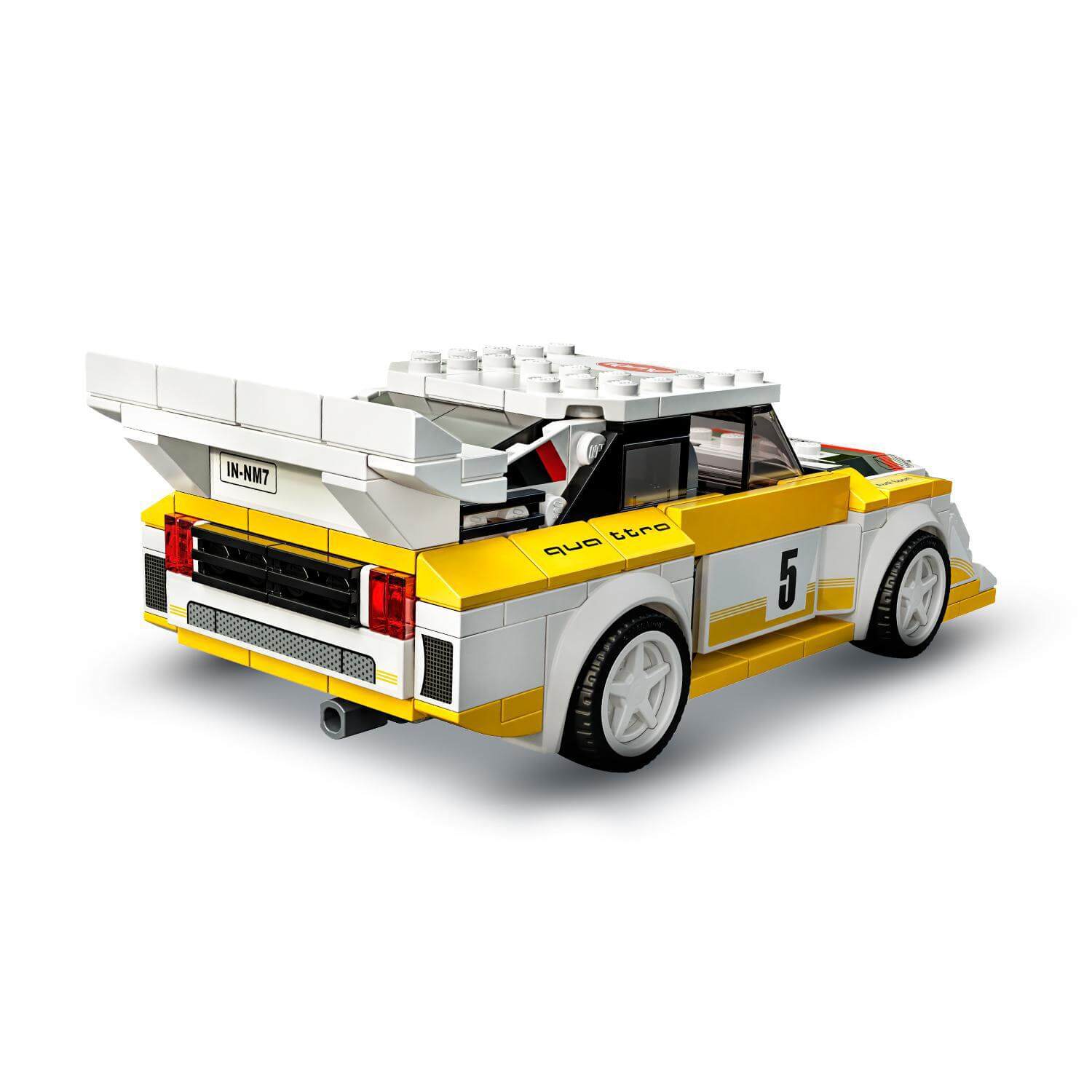 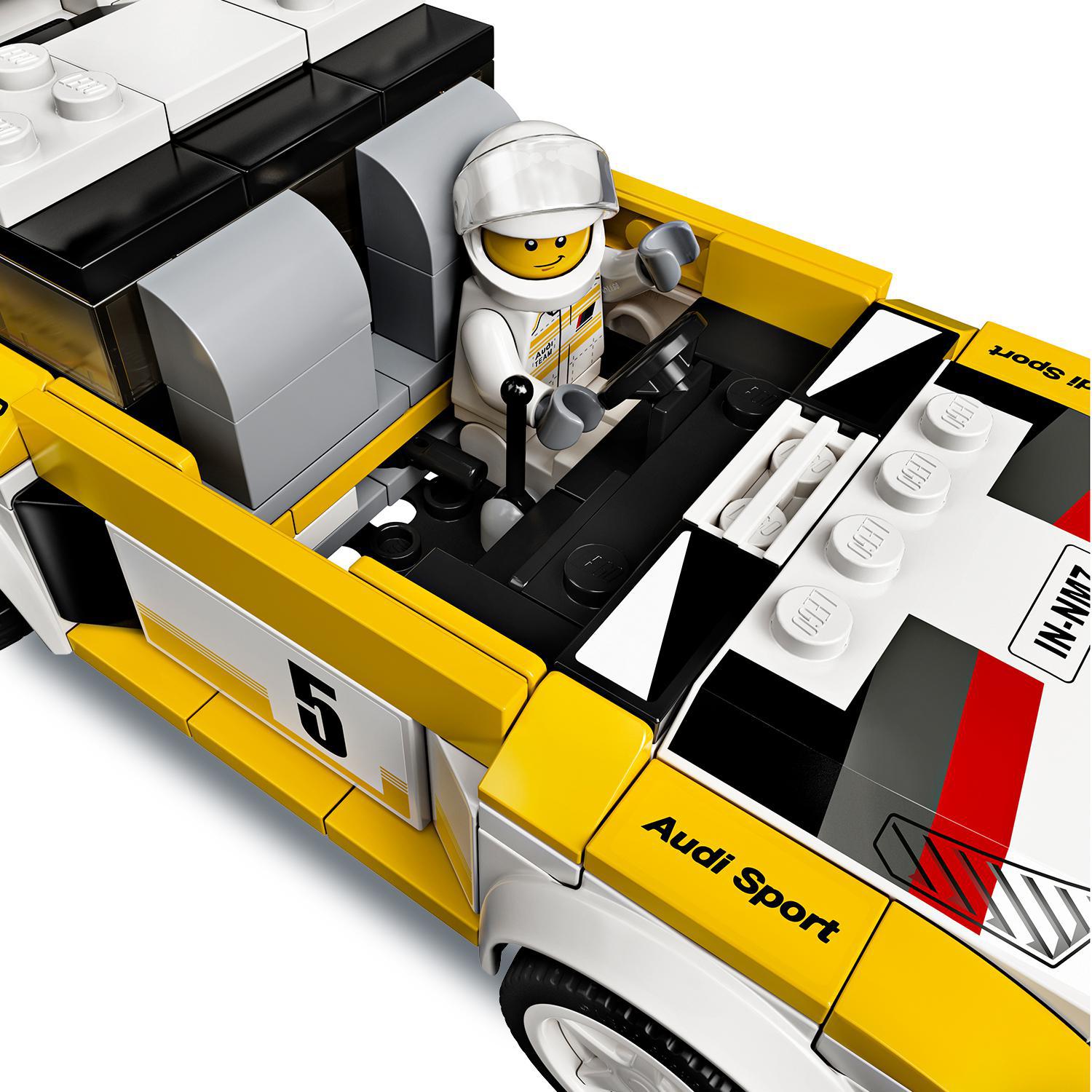 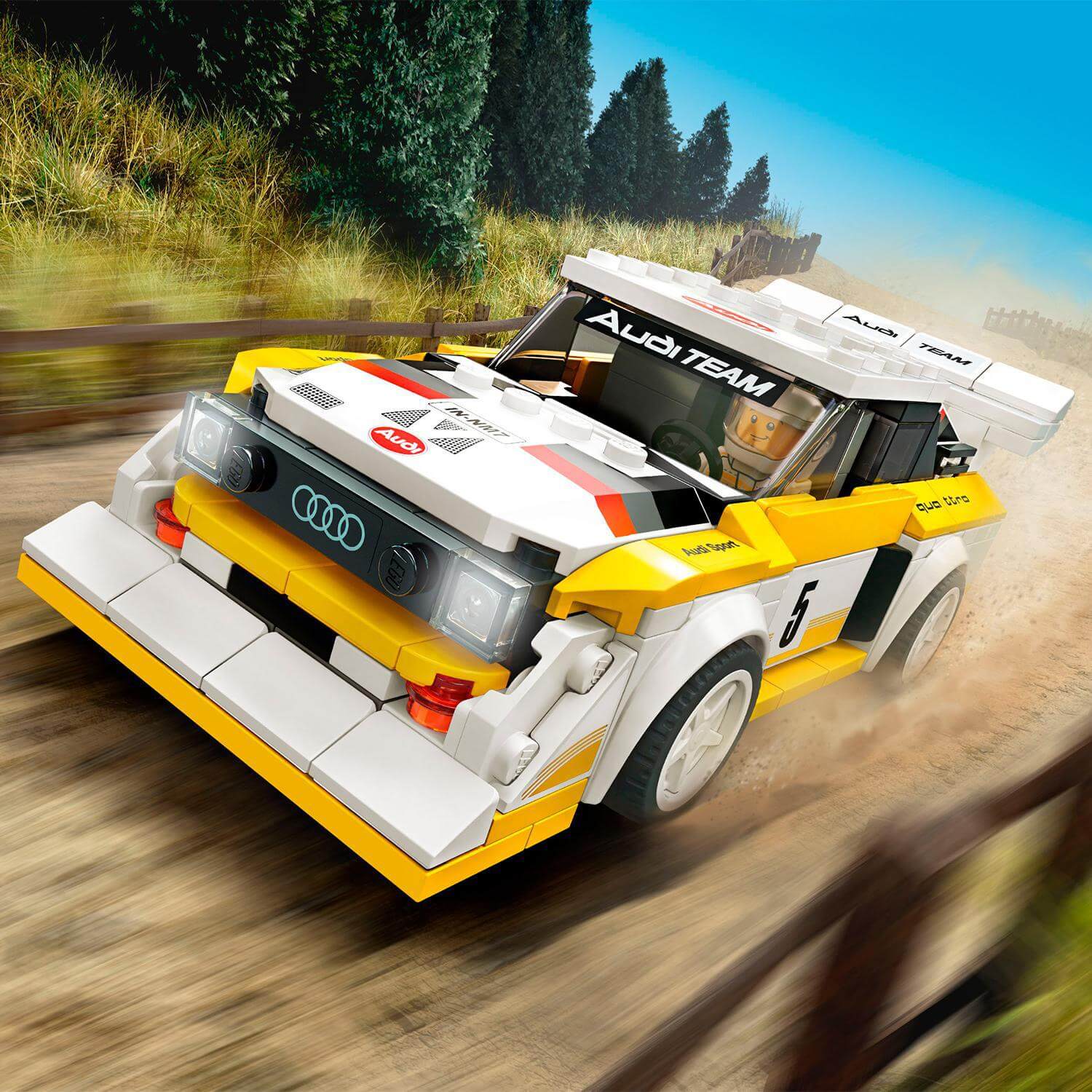 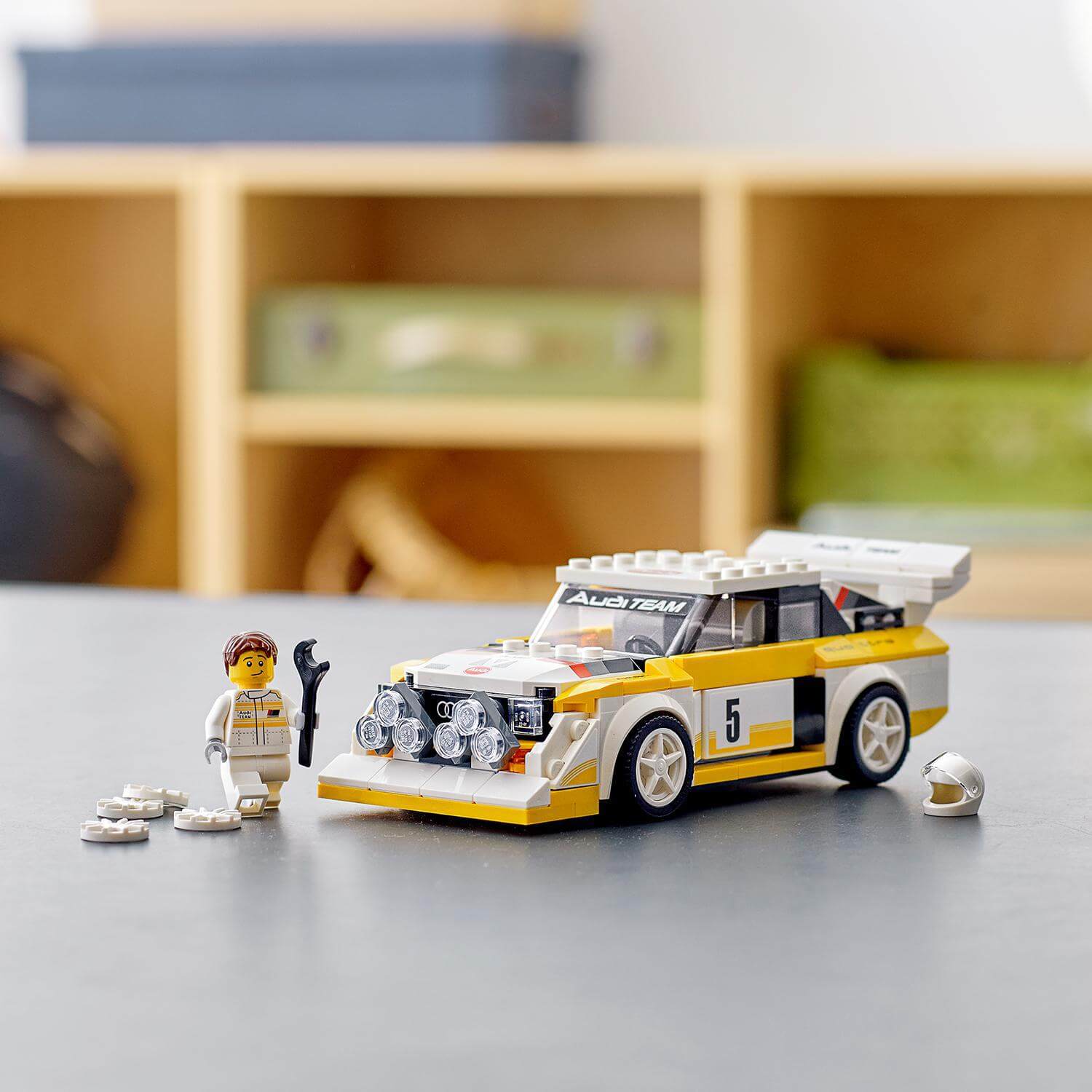 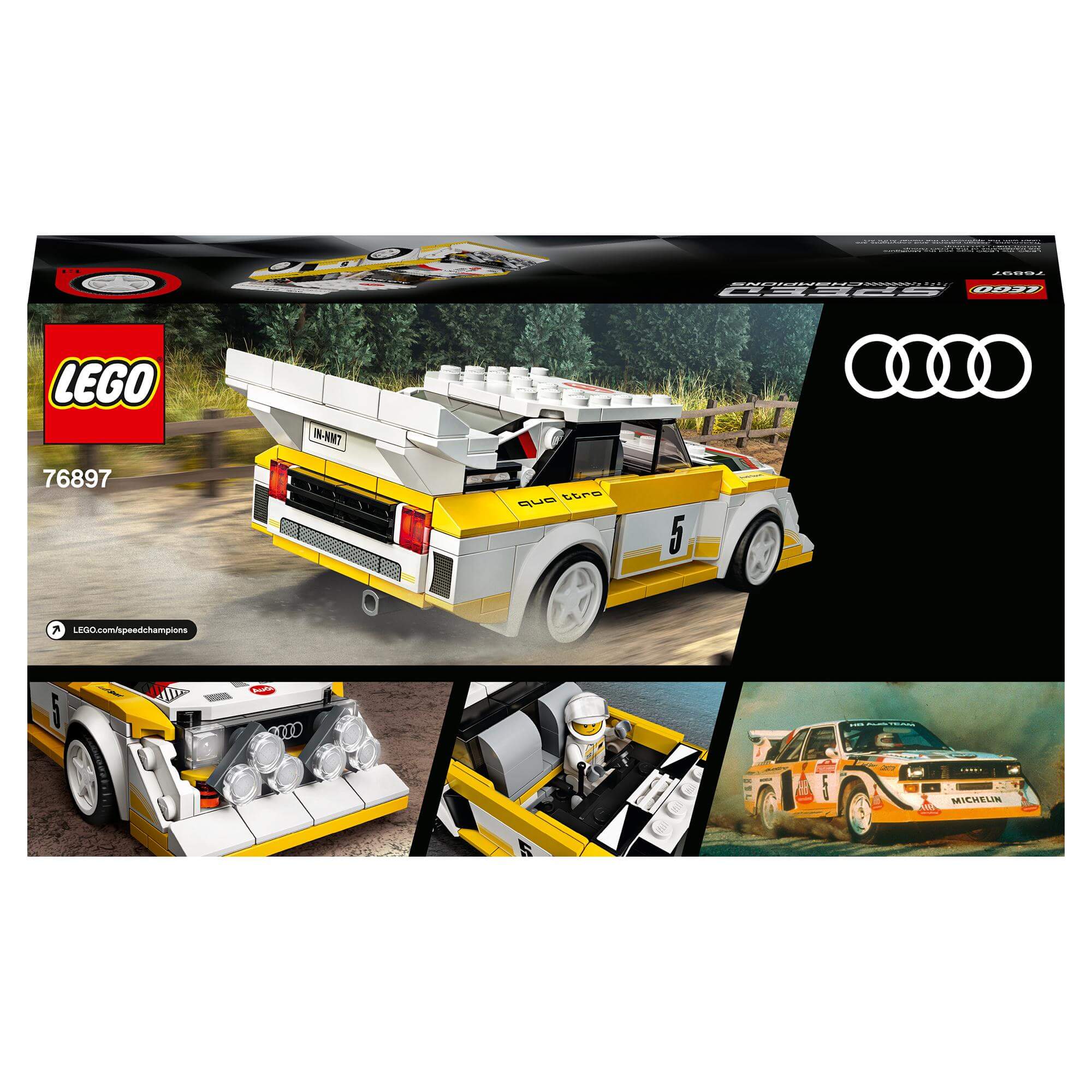 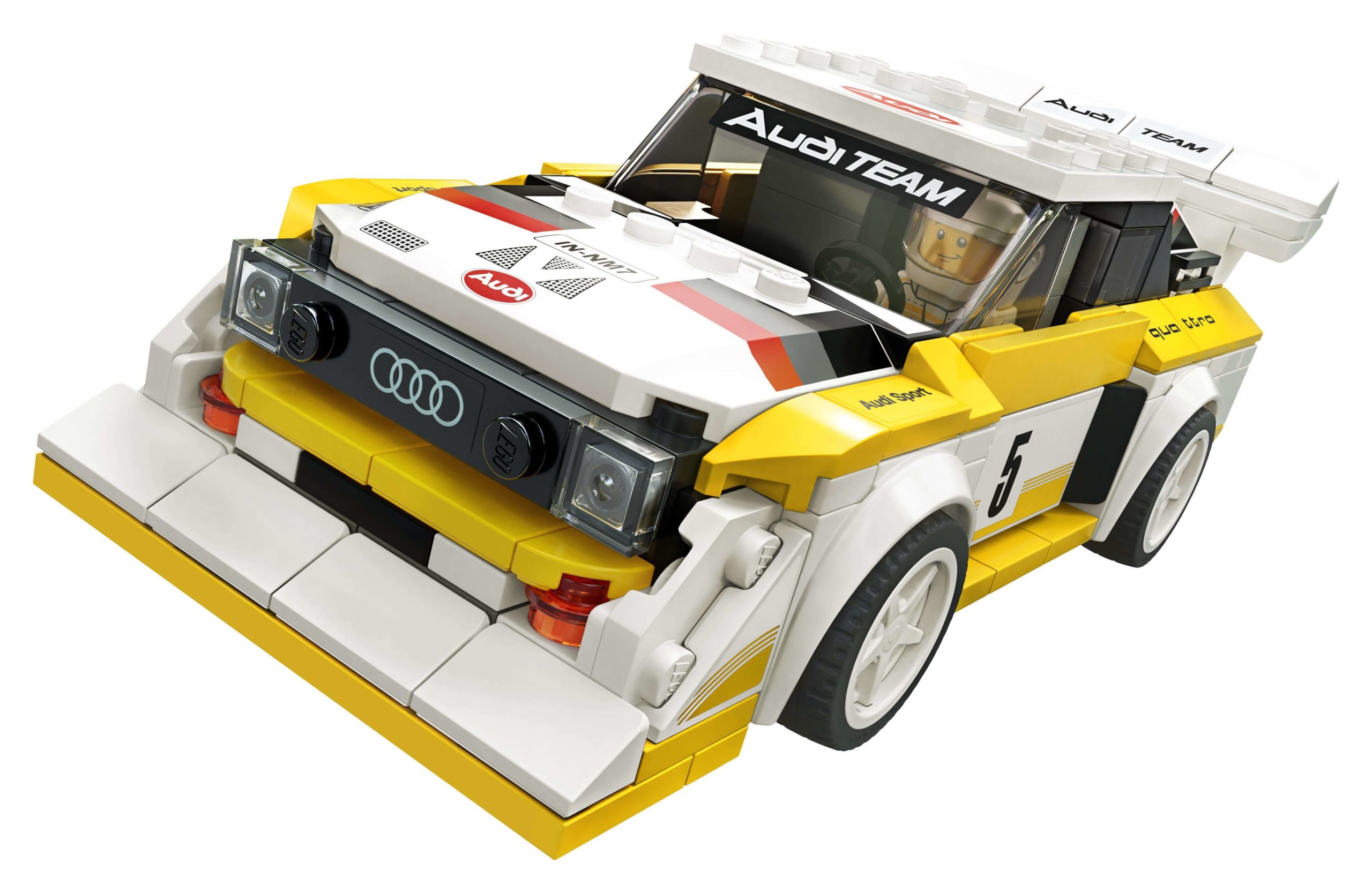 Celebrate the 35th anniversary of the quattro by owning a model car replicating this rally icon! The 1985 Audi Sport quattro S1 (76897) was one of the kings of the Group B rally racing circuit. Race fans can now construct their own car toy of this beloved model from LEGO building bricks.

This racing car model of the famous 1985 Audi Sport quattro S1 brilliantly reflects the original with its famous yellow and white livery, front engine, bulked-up bumper and vast rear wing. This model car kit also comes with a minifigure in an Audi Sport quattro race suit. Jump behind the wheel of this Audi toy car and make a lasting impression – just like the original did!

LEGO Speed Champions building kits provide car fans of all ages with the chance to create racing toys of their favourite models and recreate the thrills of the racetrack. New for January 2020, these cool replicas are now more realistic and 25% bigger than ever before.