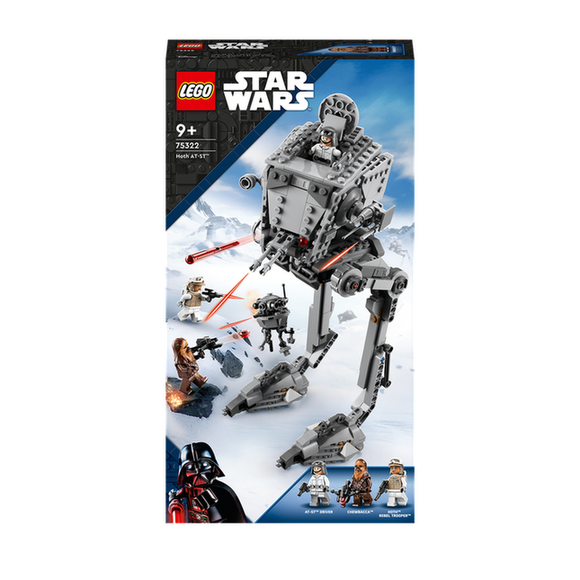 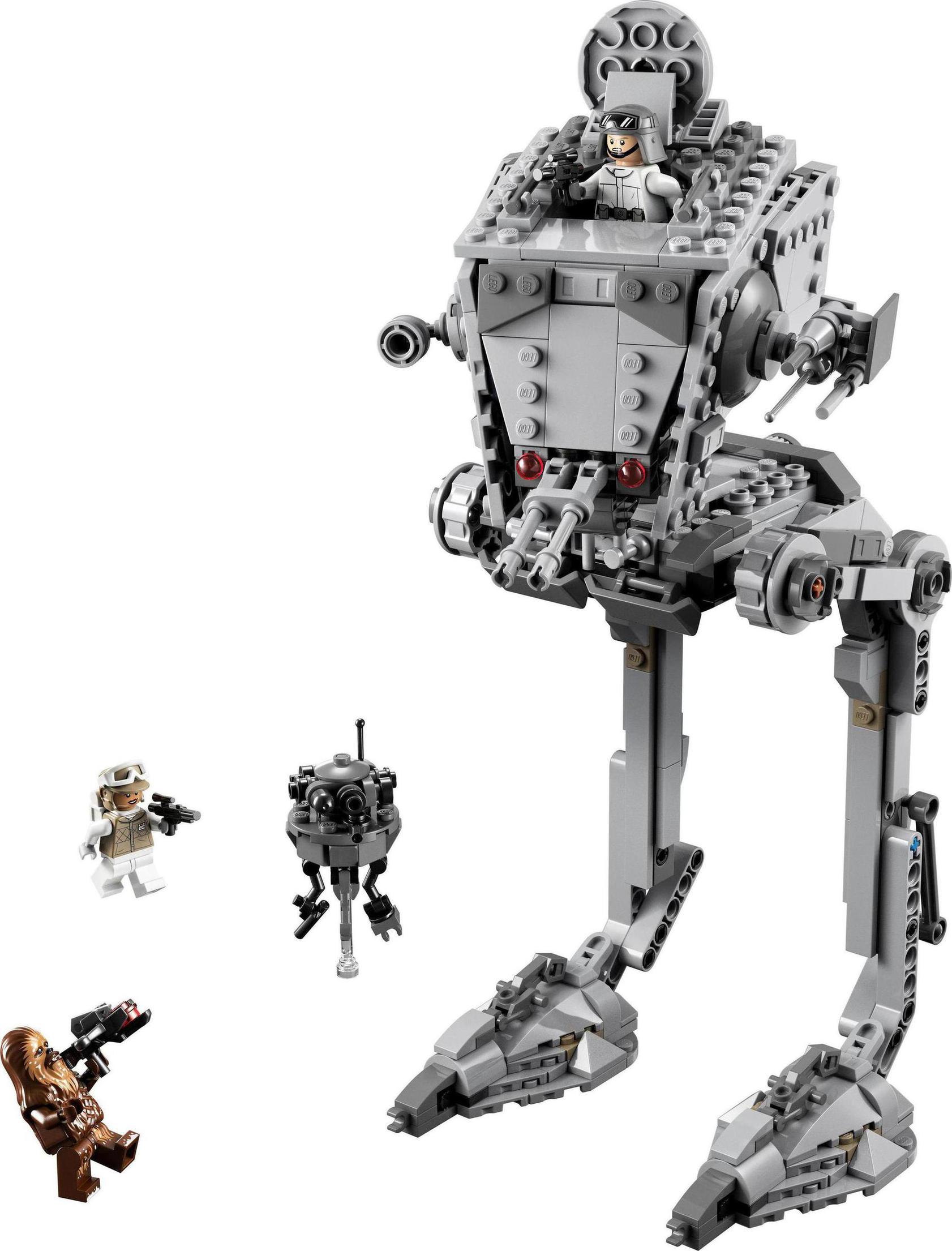 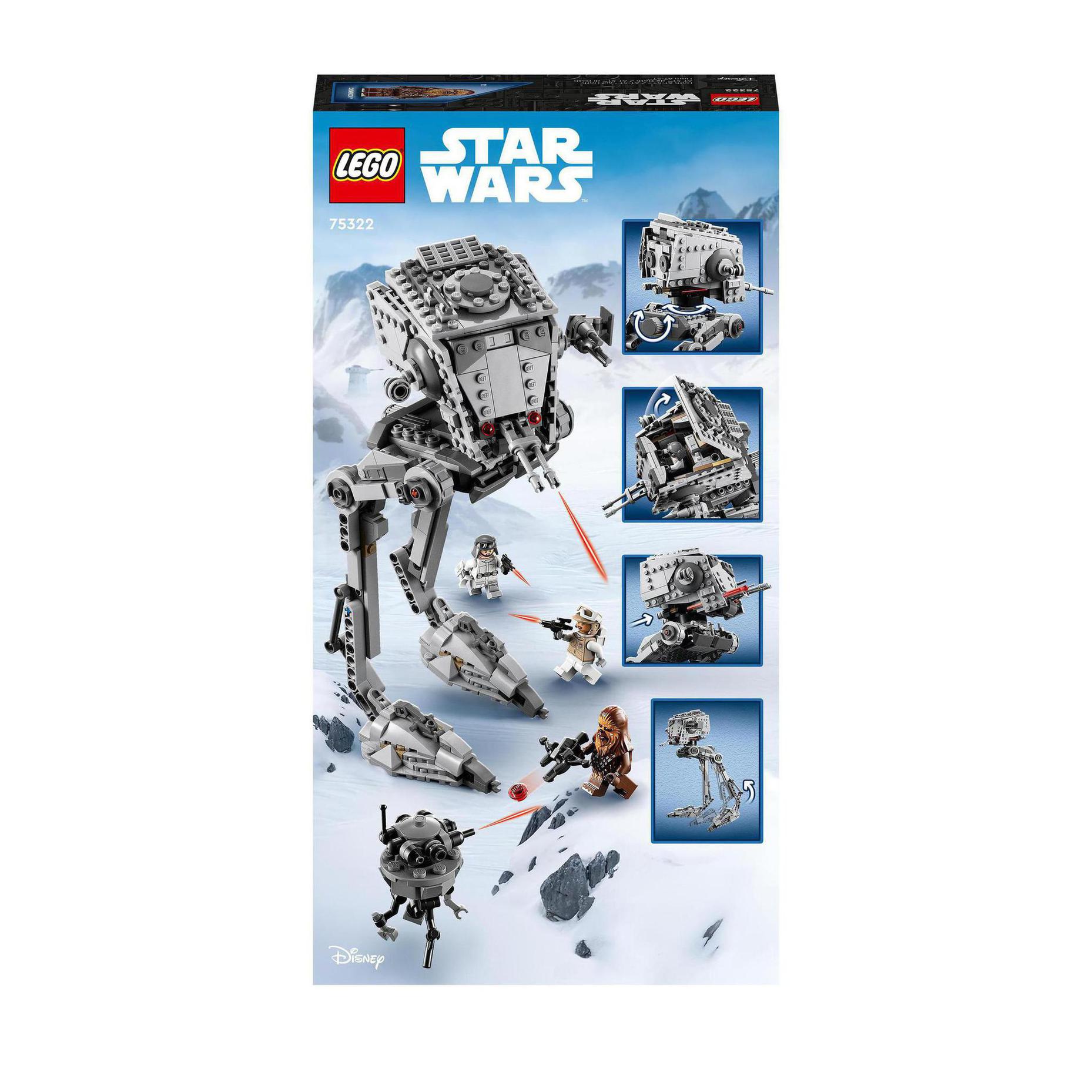 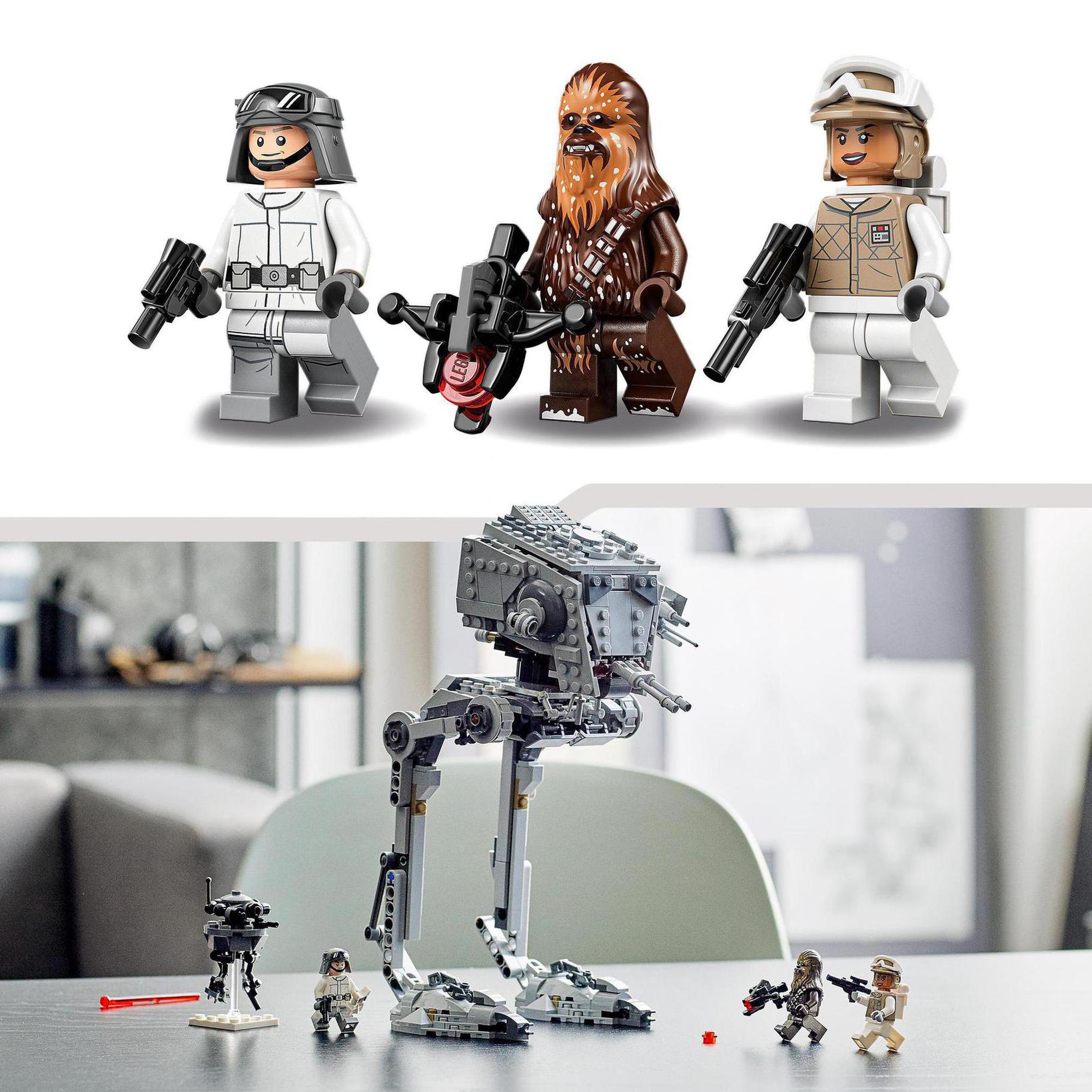 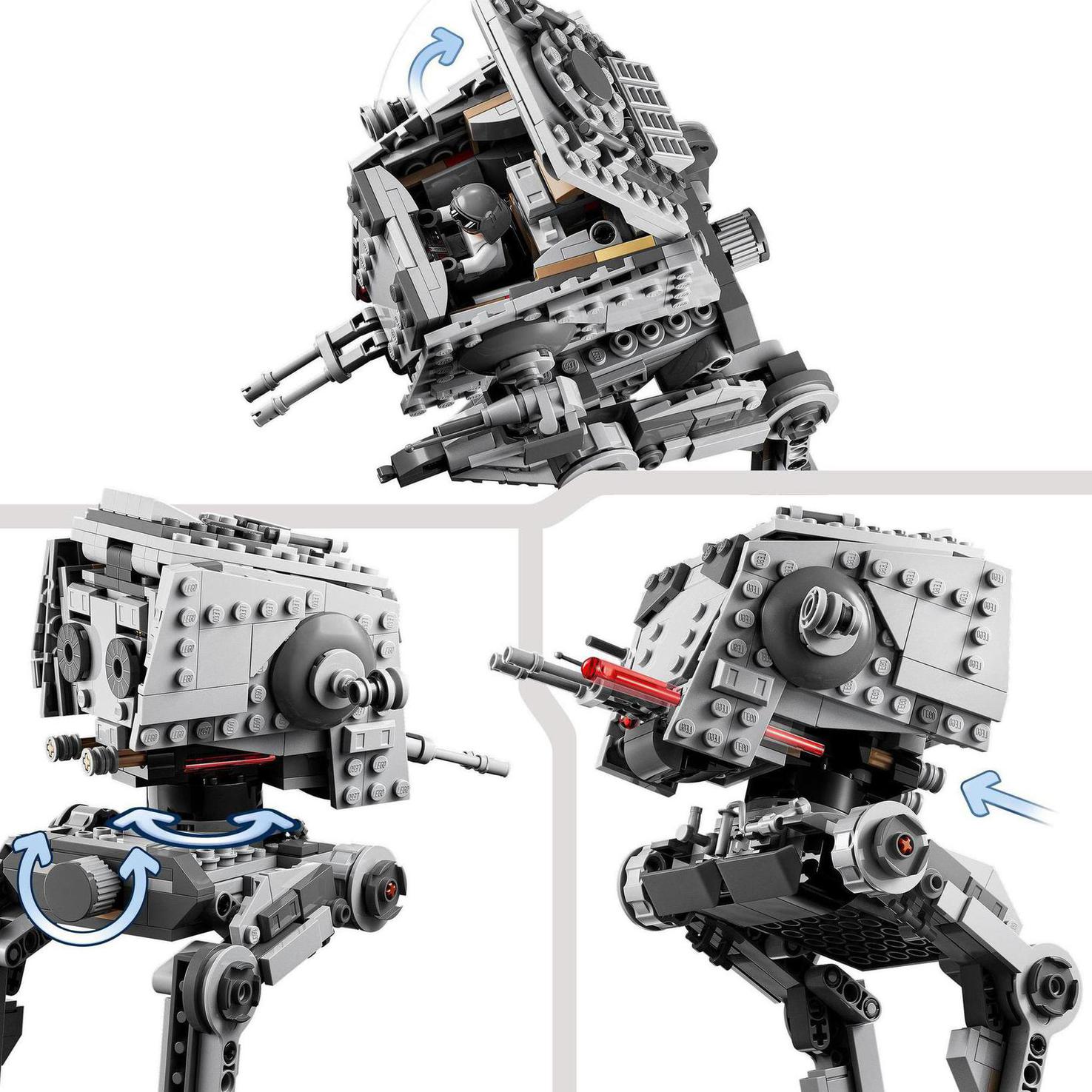 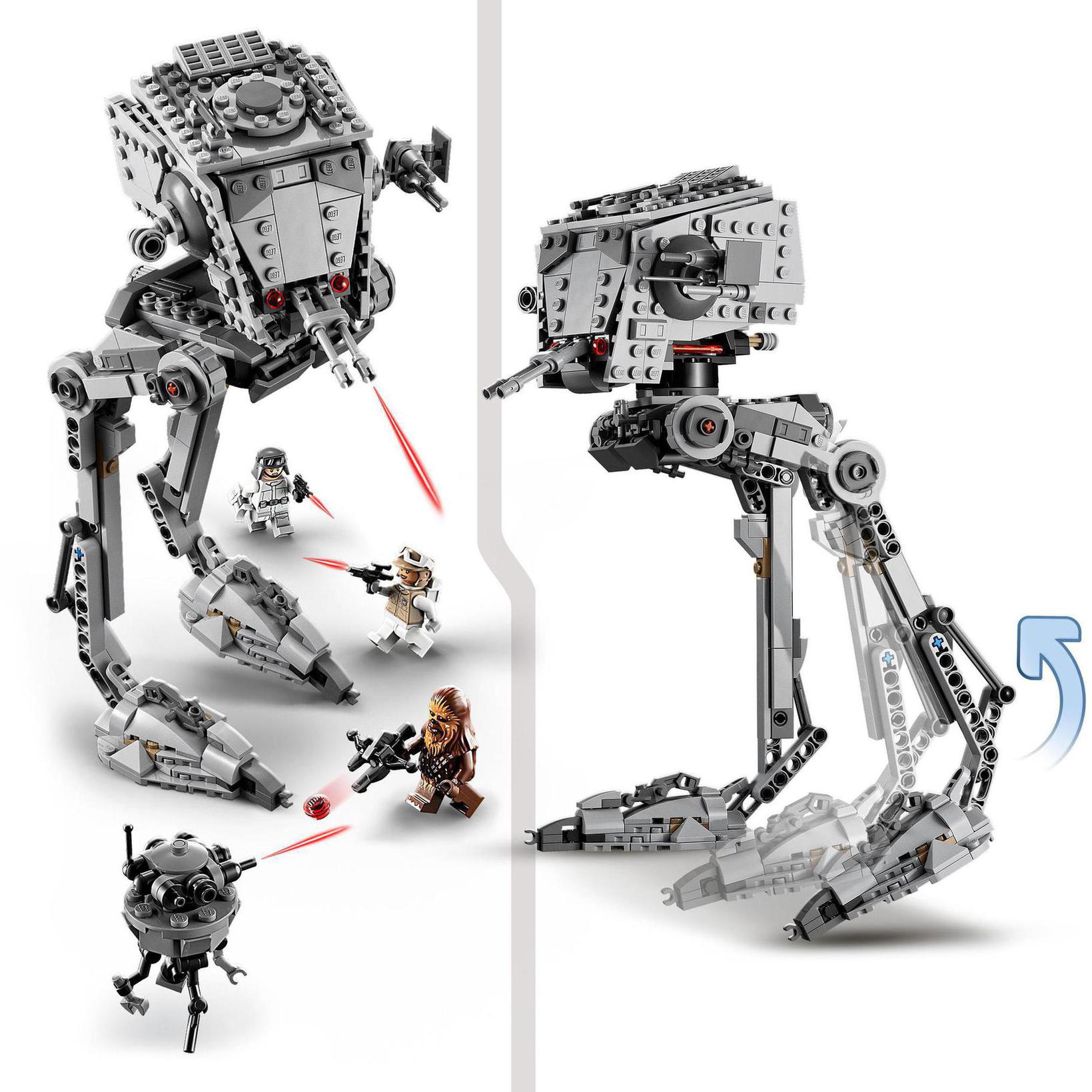 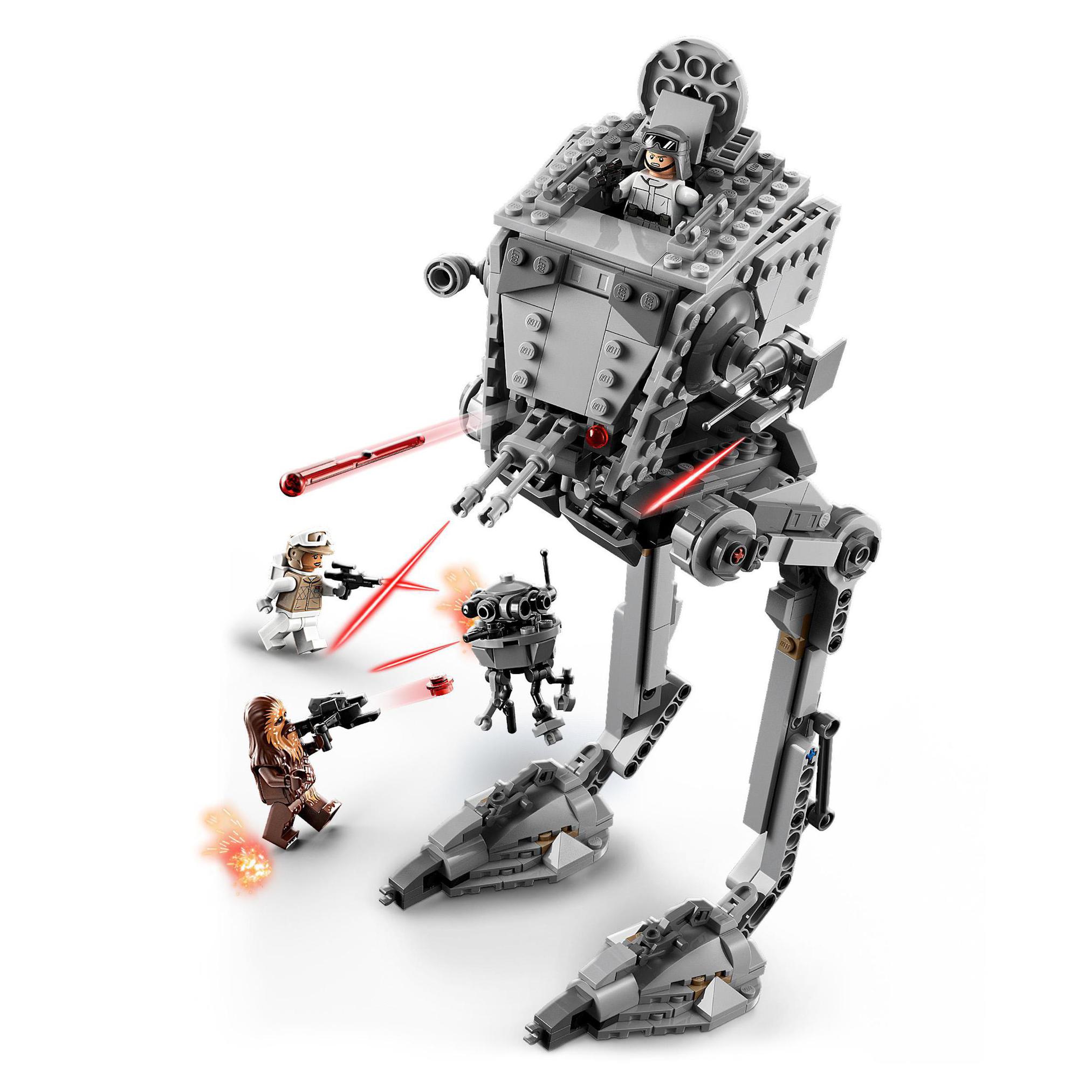 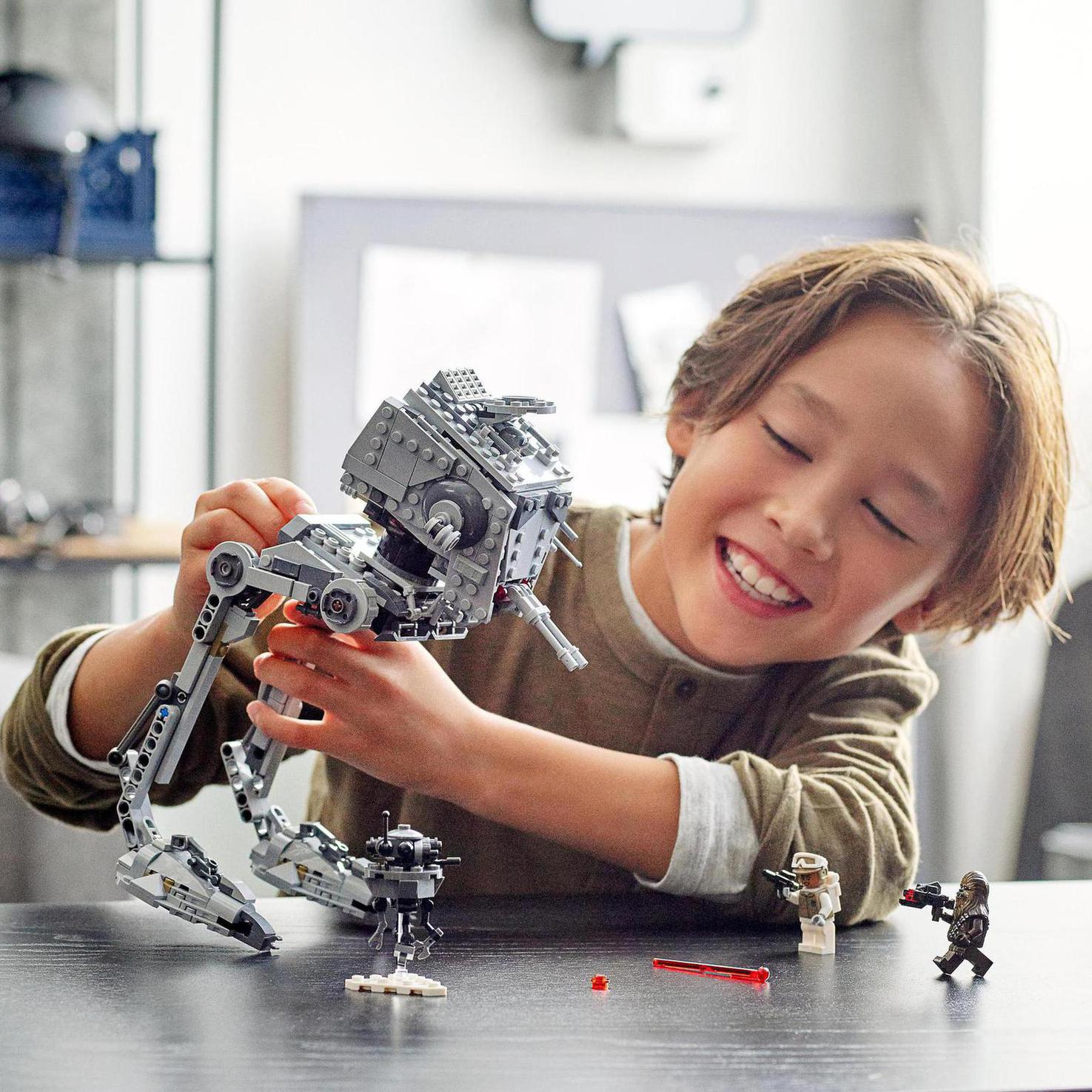 Recreate dramatic action with the first-ever LEGO brick-built Battle of Hoth AT-ST model from the Star Wars: The Empire Strikes Back (75322) set. The AT-ST toy walker has an opening hatch and roof for access to the minifigure cockpit, a wheel-operated rotating head, 2 spring-loaded shooters and posable legs. A cool gift for kids aged 9 and up, this building toy also features 3 LEGO Star Wars minifigures, including Chewbacca with snow decoration, plus an Imperial Probe Droid LEGO figure, to inspire creative play.

Easy-to-follow building instructions are included with this premium-quality set. And check out the LEGO Building Instructions app, which has intuitive zoom and rotate viewing tools to make the experience extra fun.

The LEGO Group has been recreating iconic starships, vehicles, locations and characters from the Star Wars universe since 1999. LEGO Star Wars has become its most successful theme with a wide variety of premium-quality and a vast array of buildable models for play and display that will excite fans of all ages and make exquisite birthday gifts for kids.