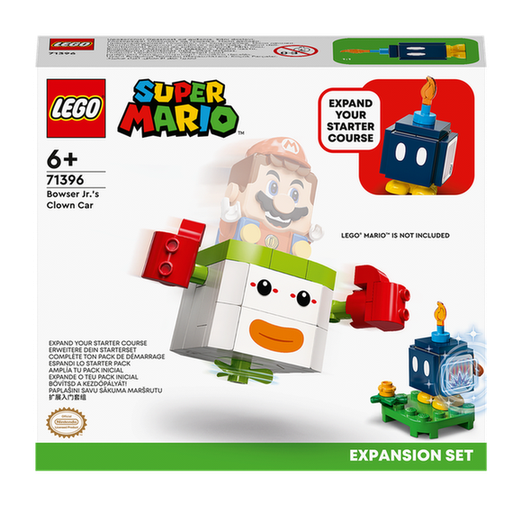 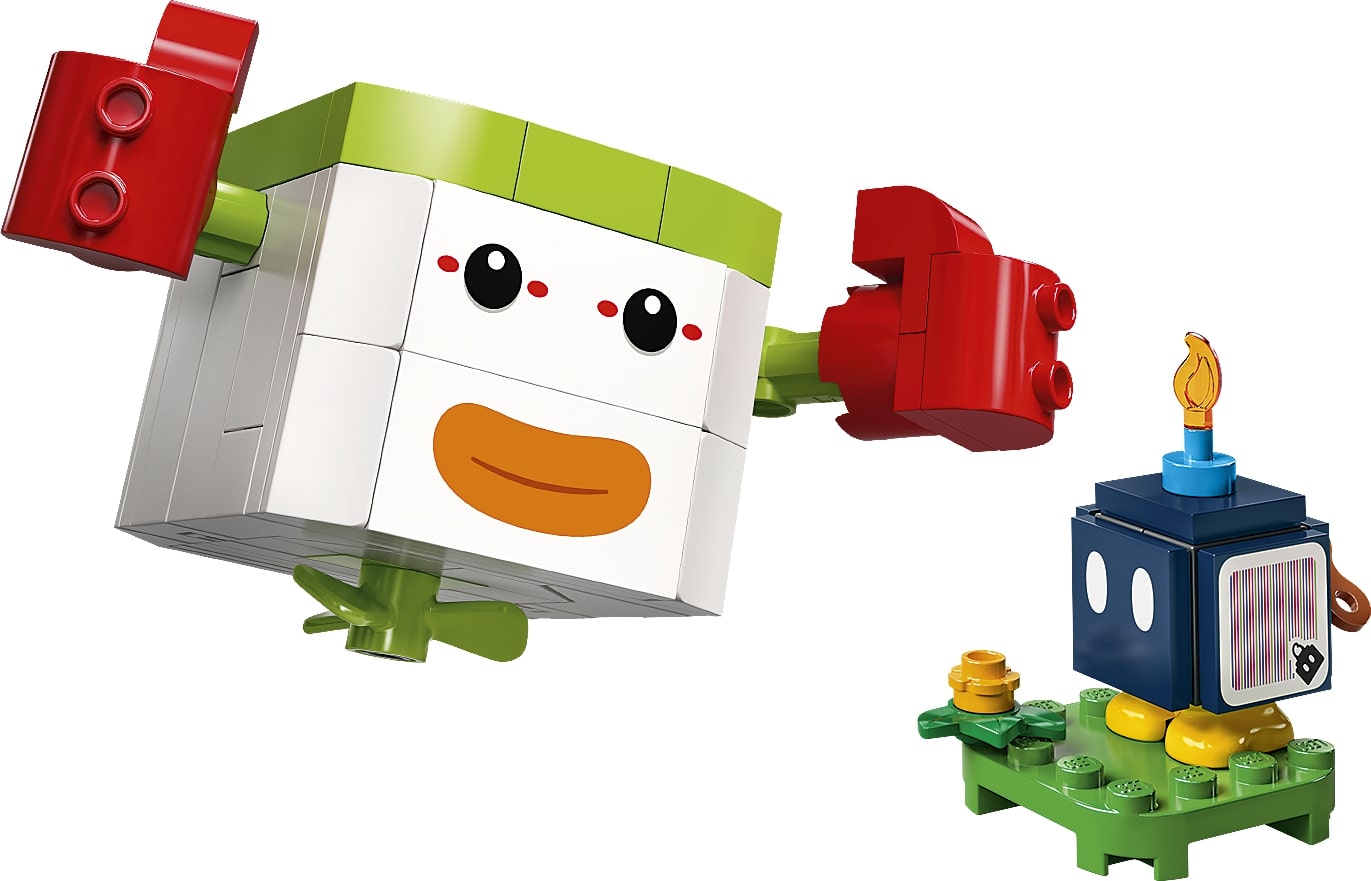 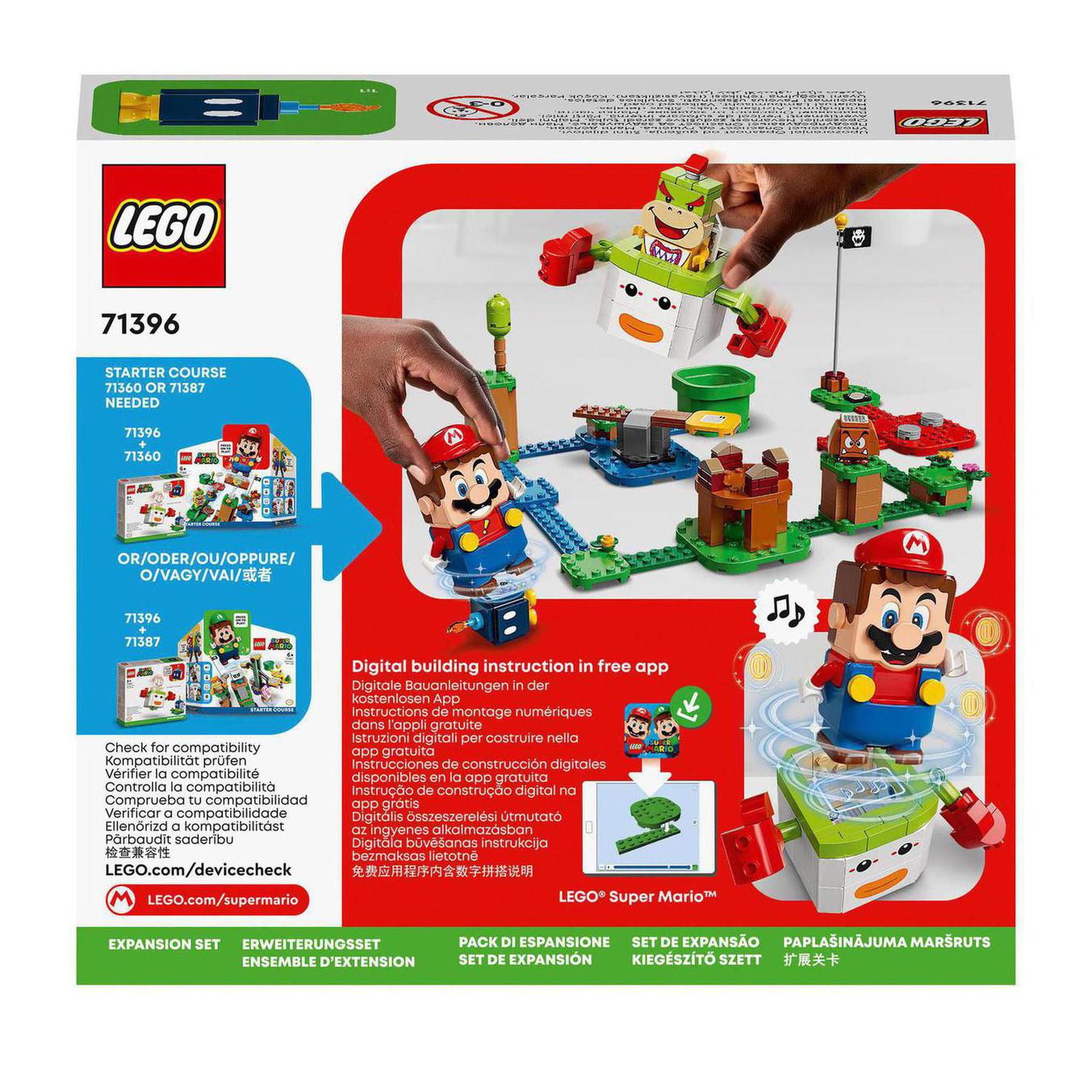 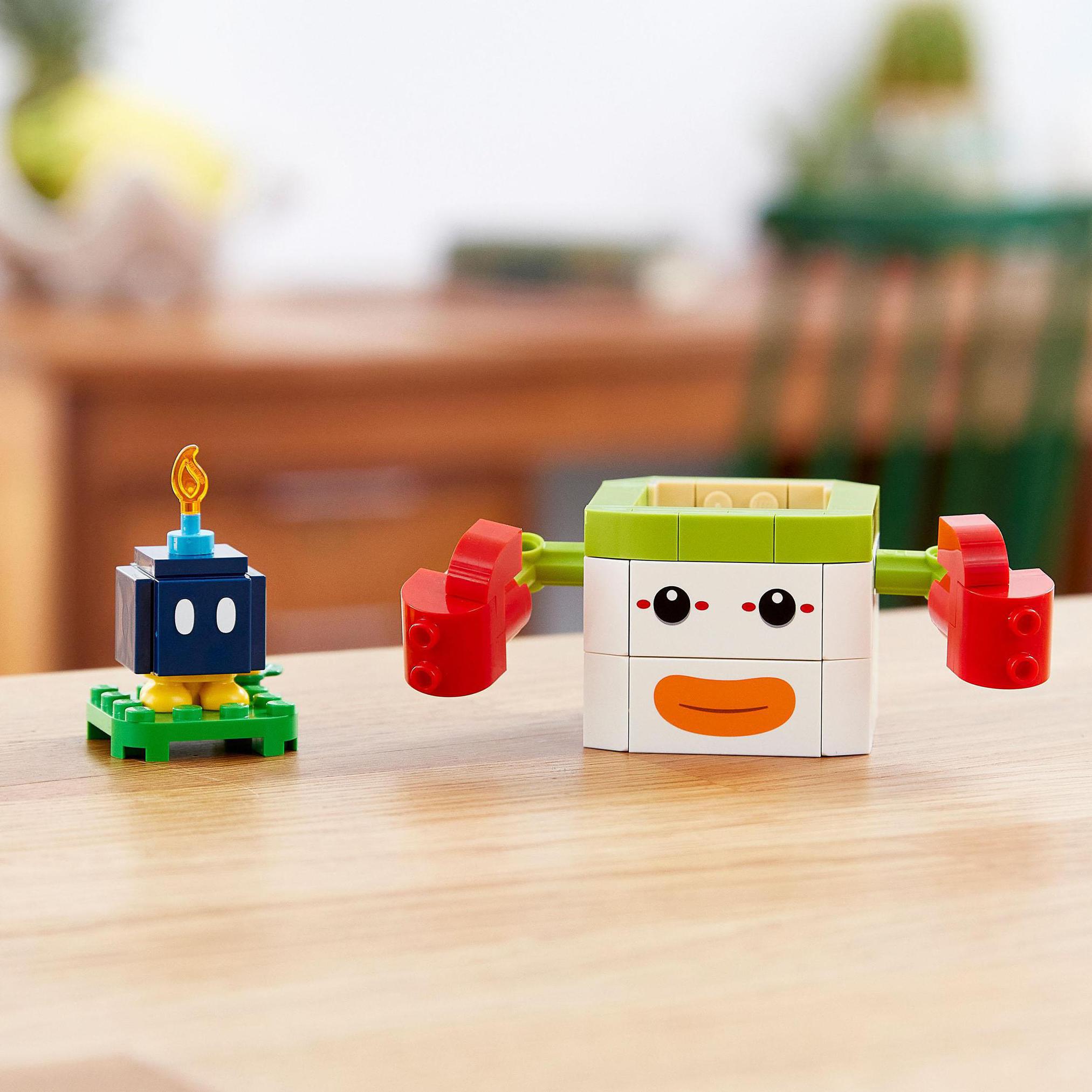 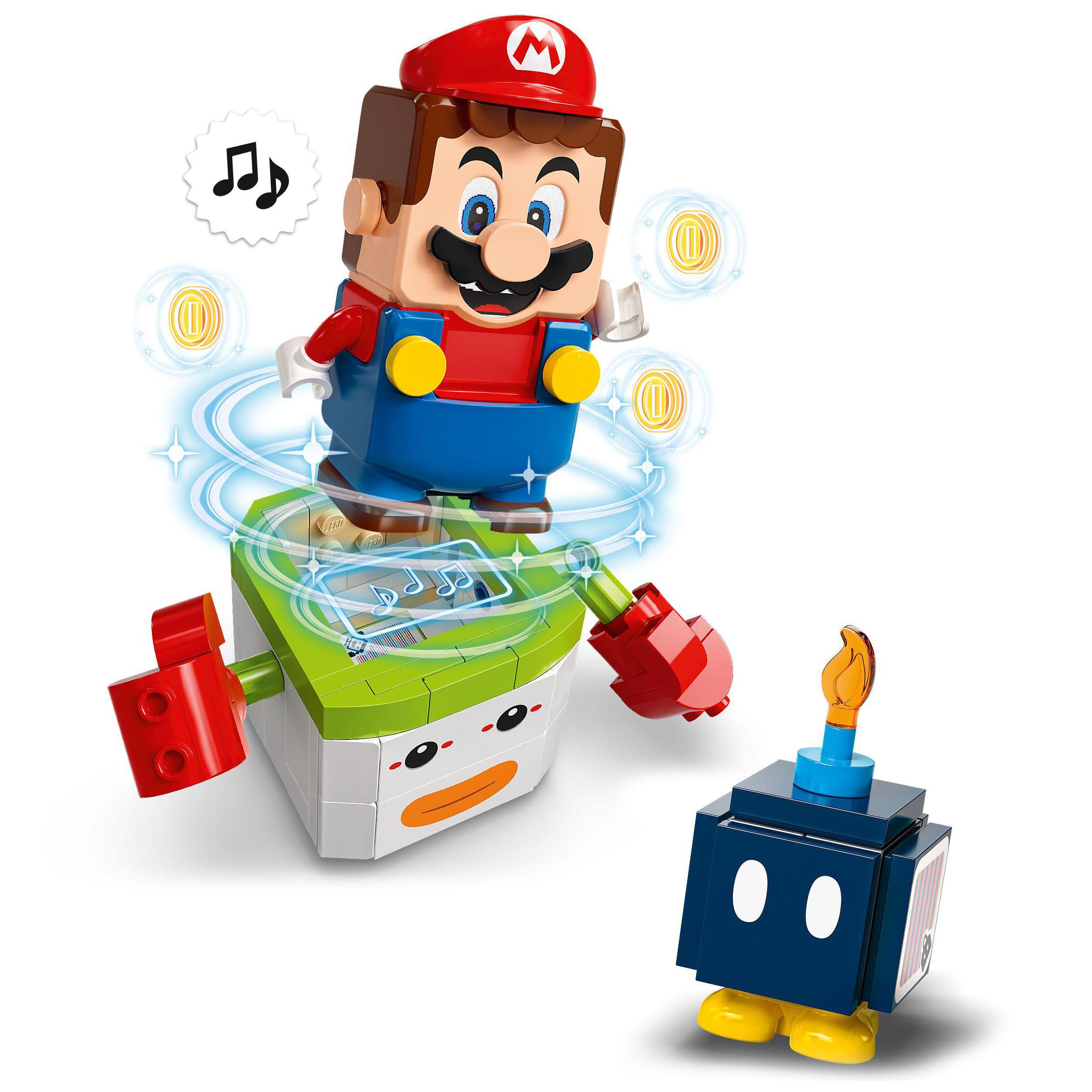 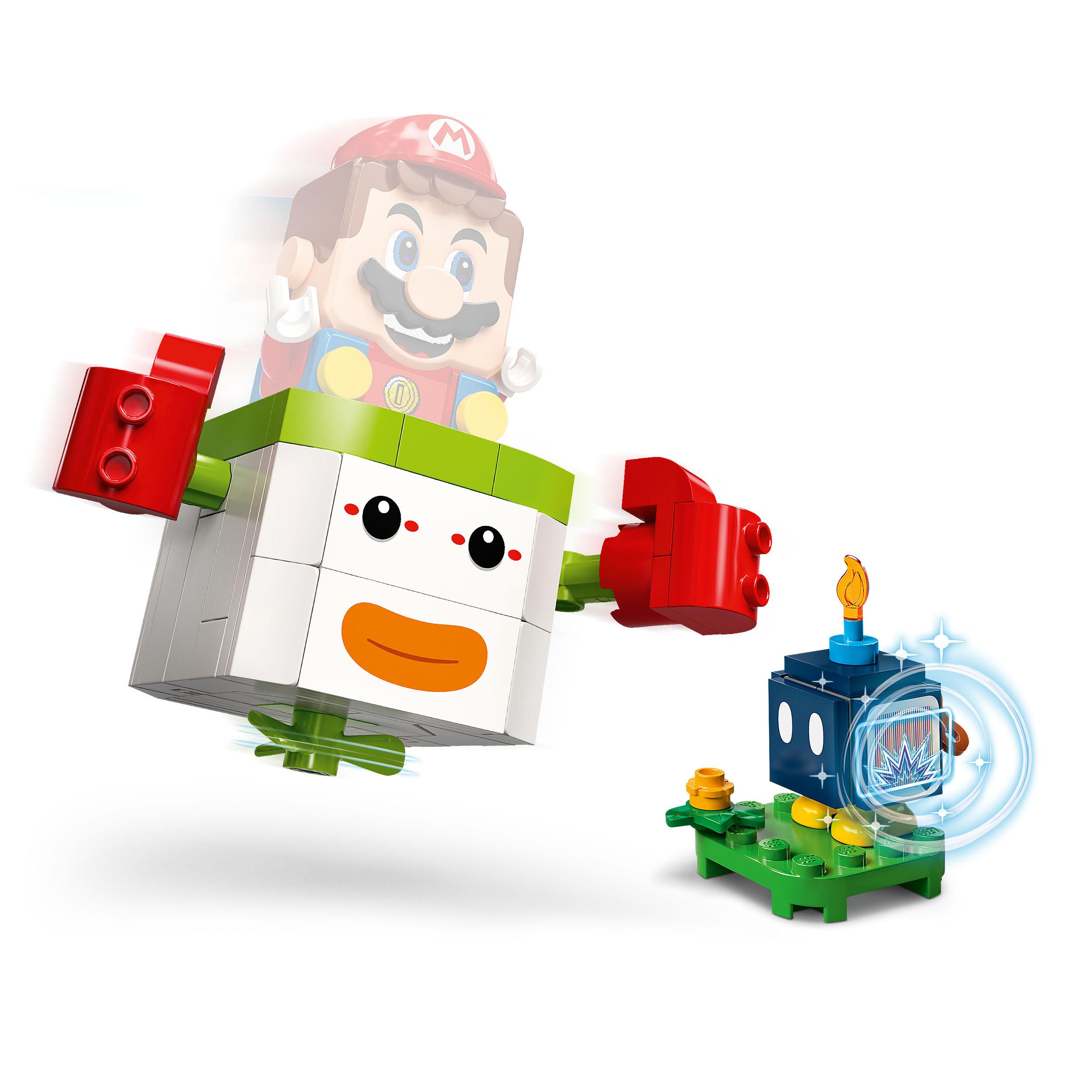 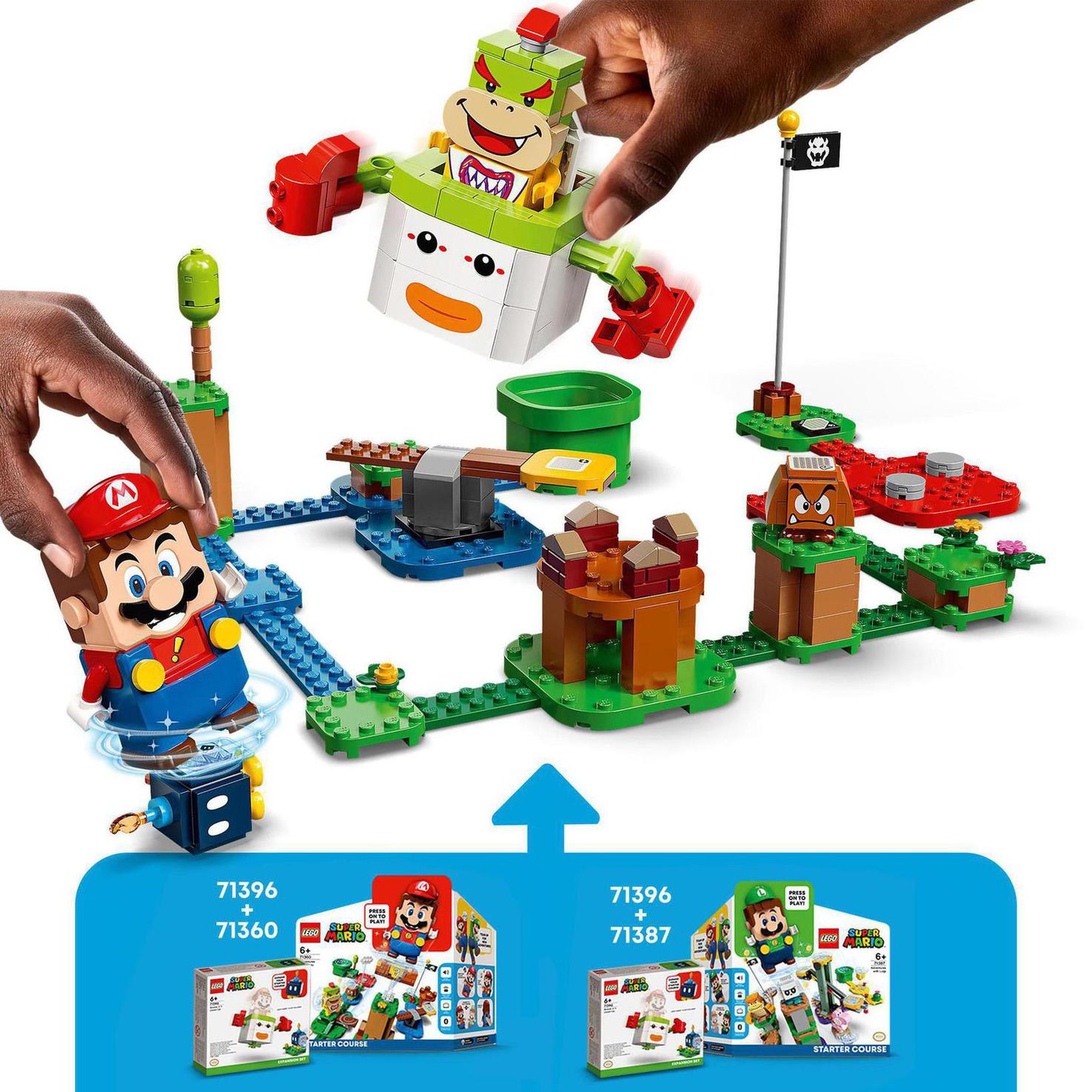 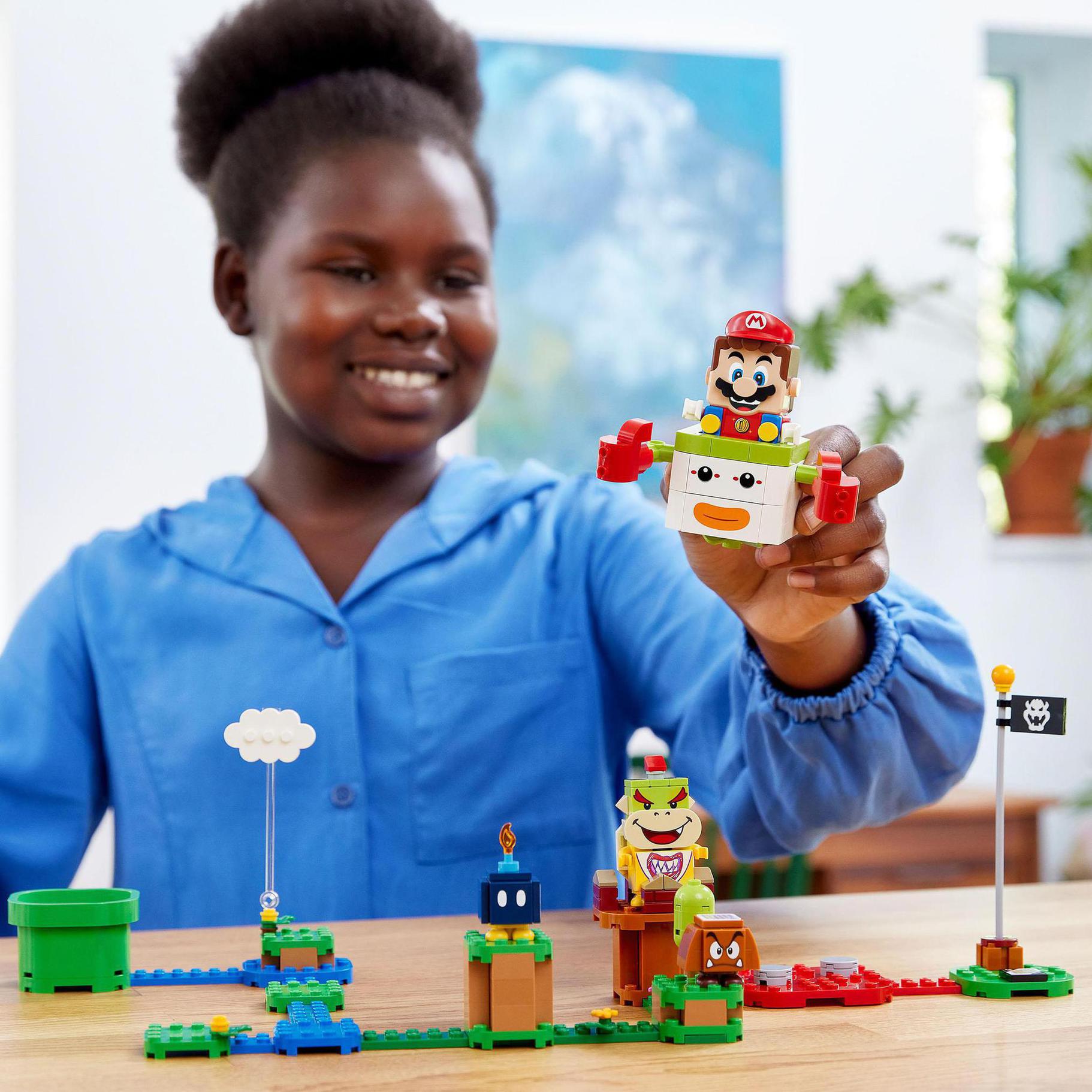 Liftoff for extra LEGO Super Mario action with Bowser Jr.’s Clown Car Expansion Set (71396), a toy for kids aged 6 and up. It features a brick-built version of the Junior Clown Car, plus a LEGO Super Mario toy figure of a Bob-omb for children to add to their Starter Course. Place LEGO Mario and/or LEGO Luigi figures (not included - sold separately) in the Junior Clown Car and fly it around to collect digital coins. (Note: the 71360 or 71387 Starter Course is required for interactive play.)

The LEGO Super Mario app offers building instructions for this buildable game, inspiration for different ways to build and play, and a safe forum for children to share their creations.